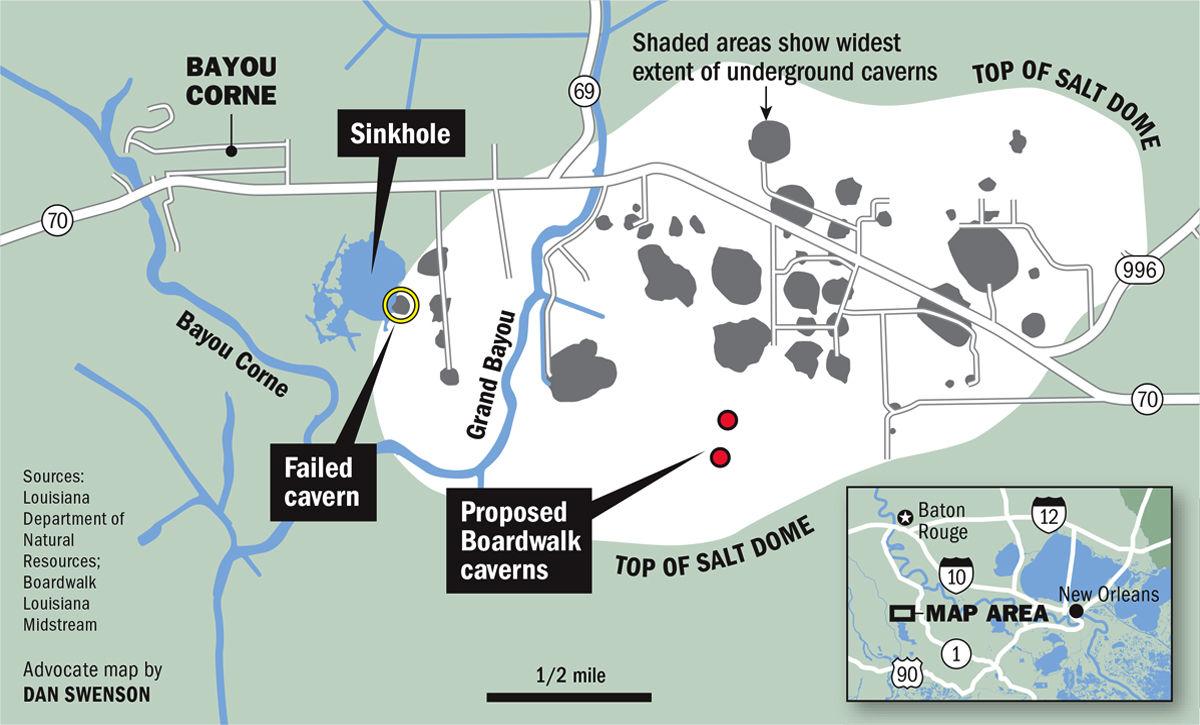 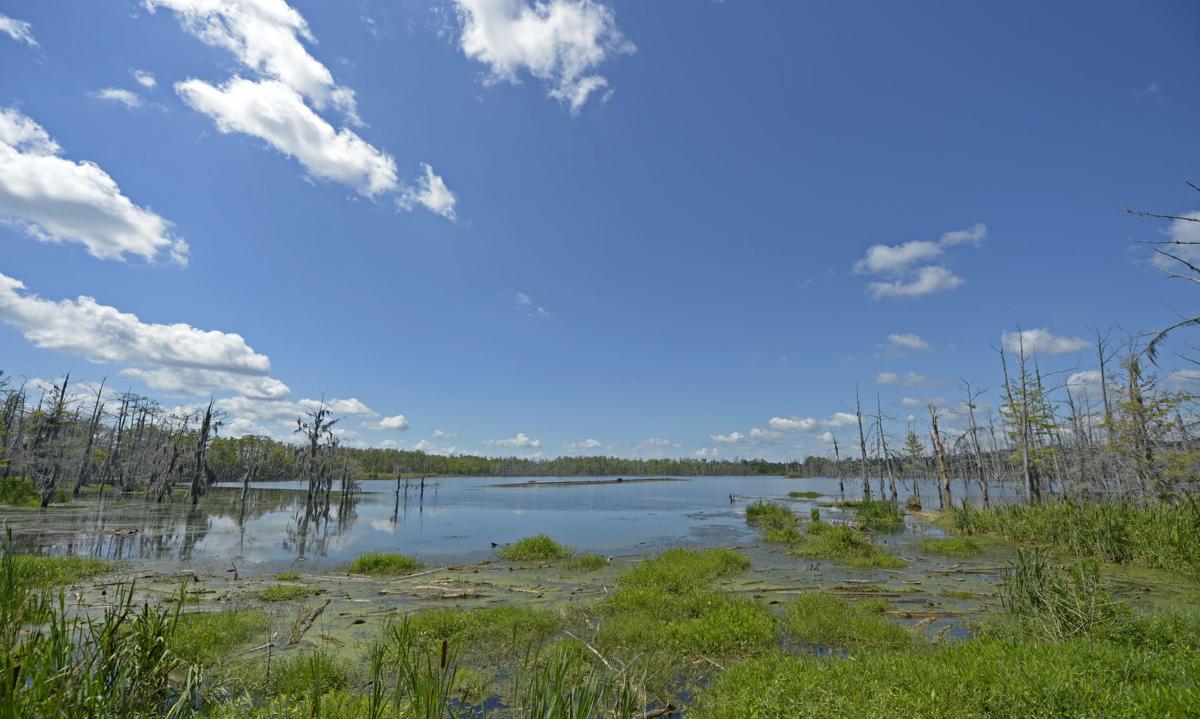 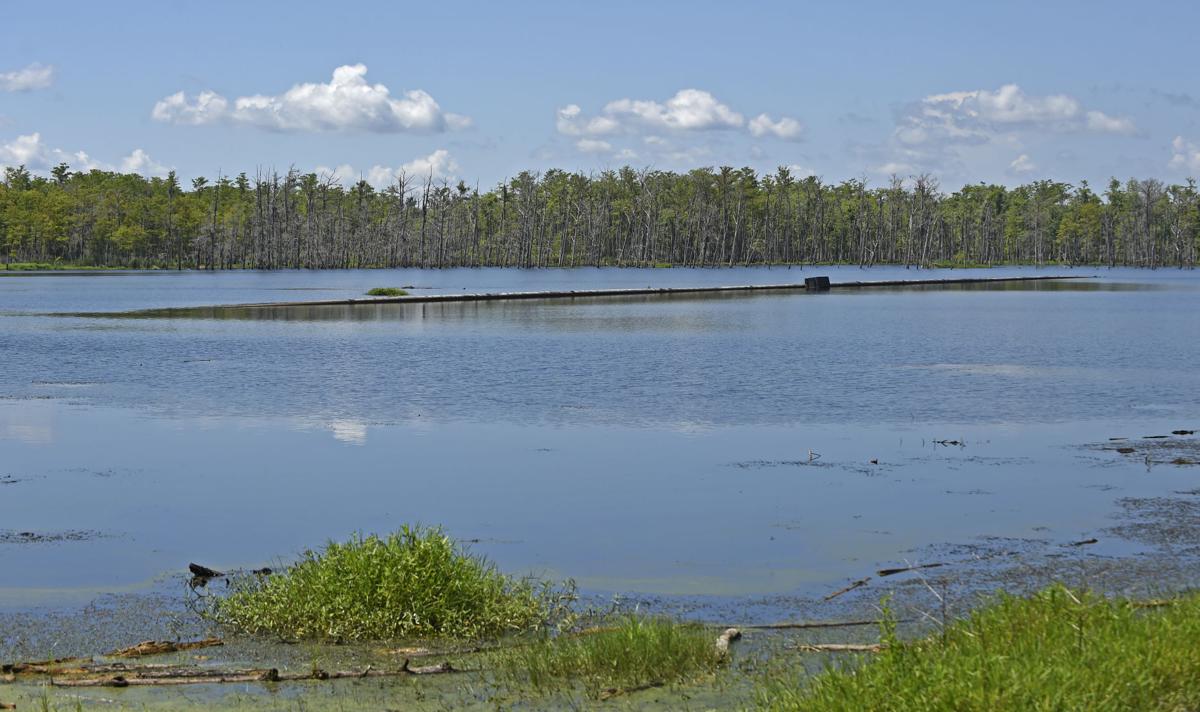 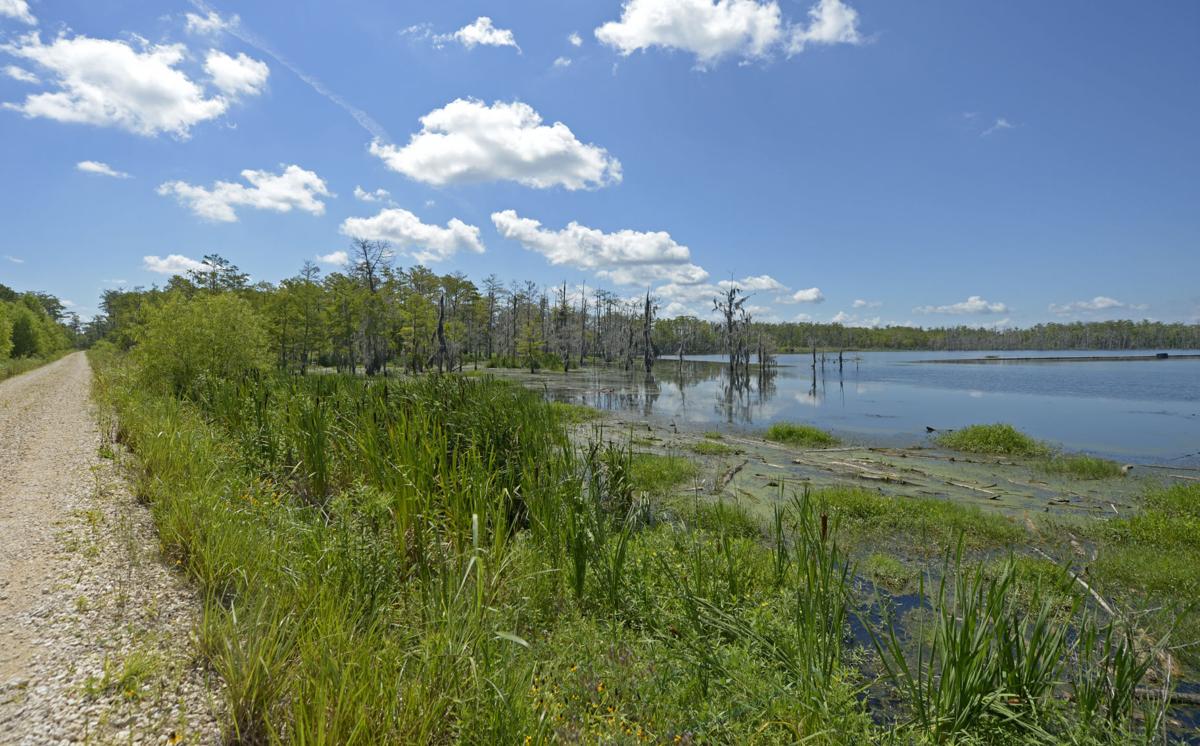 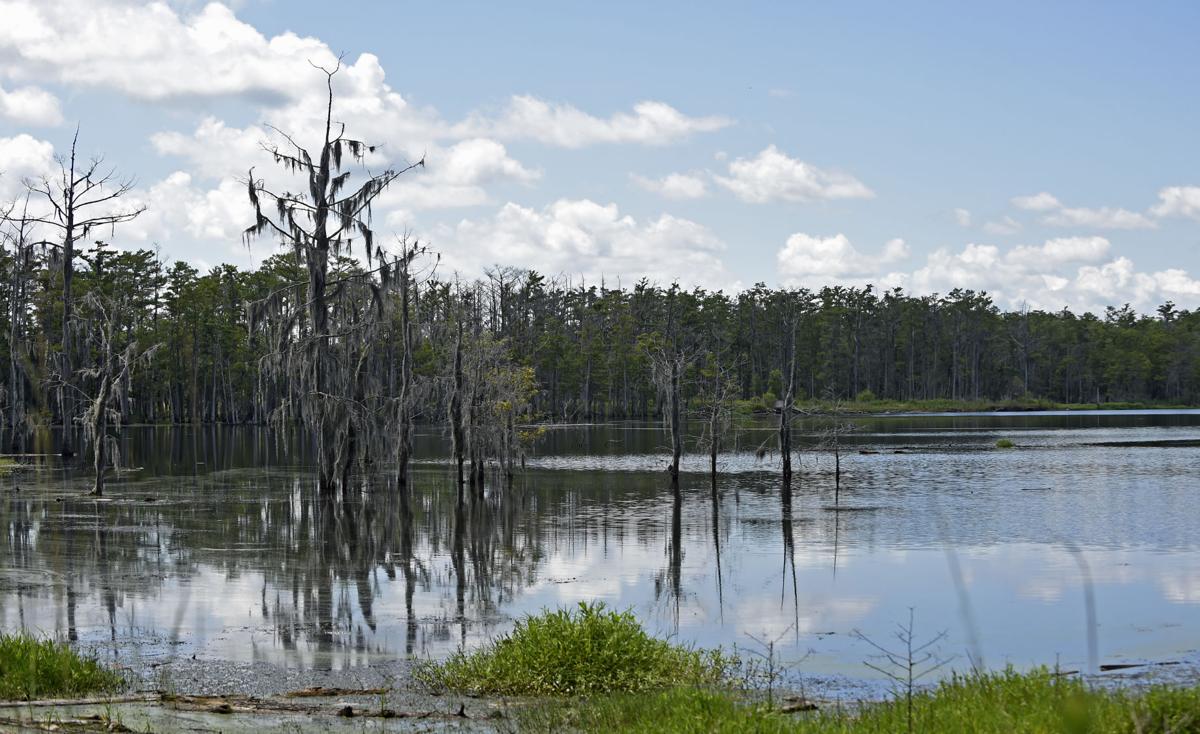 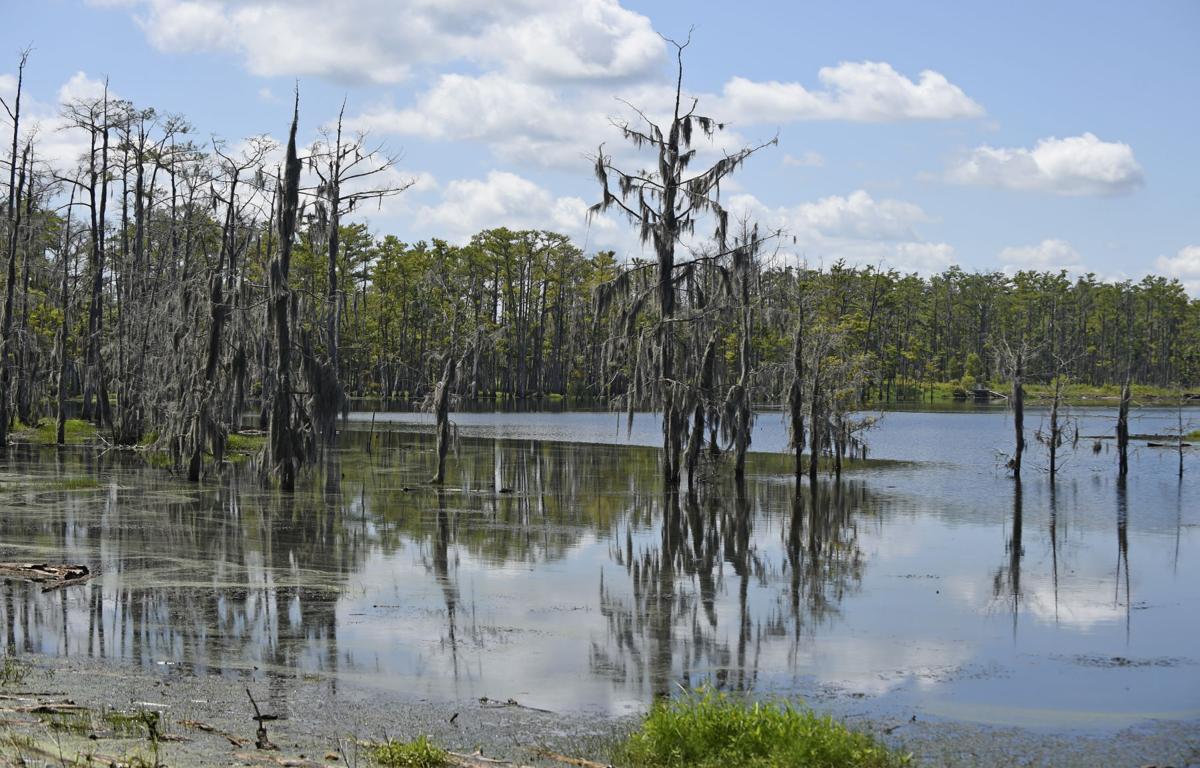 Nearly six years after the catastrophic failure of a salt mine caused the Bayou Corne sinkhole, a company is planning two new massive mines in the same underground deposit in Assumption Parish.

The recently approved permit is the first for the Napoleonville Salt Dome since the Louisiana Office of Conservation halted new mining in the area and adopted safety regulations in reaction to the sinkhole disaster that attracted worldwide headlines, state officials said.

Boardwalk Louisiana Midstream, which operates underground salt dome caverns in Iberville Parish and elsewhere, plans to extract roughly 245 million cubic-feet of salt from each of the two planned mines over the next 10 to 15 years, according to the permit application and the company. At that size, each Boardwalk cavern would eventually dwarf the volume of all but a handful of the other caverns now in the salt dome and also be among the deepest underground, state and company listings show.

Boardwalk uses a "solution mining" method to etch away salt outward from a well. Boardwalk plans to pump fresh water down future access wells to dissolve the salt and send up the resulting brine mix to the surface for customer Occidental Chemical.

The brine from new caverns will go by pipeline to Occidental Chemical's Louisiana operations, including its plants in Geismar and Convent, according to the application. Occidental uses the brine to make basic chemicals like caustic soda and chlorine, which is utilized widely to make plastics and pharmaceuticals, the company said.

A once-obscure salt mining hub that supplied Louisiana's petrochemical corridor for decades with needed brine, the salt dome operations in Assumption came under intense scrutiny after the sinkhole formed overnight in early August 2012. The opening in the cypress swamp south of La. 70 grew from an initial 1-acre "slurry hole" to a 36-acre lake.

As the sinkhole in the swamp grew, at times dramatically swallowing cypress in seconds, the surrounding area suffered from small earthquakes and periodic releases of an oily material on the sinkhole's water surface. As the years passed, the sinkhole's growth has largely ceased. Those oil releases also ended and the tremors have abated significantly, though not stopped completely, officials have said.

Texas Brine ultimately was forced to spend millions to buy out dozens of families and camp owners in the nearby Bayou Corne community. The area between Paincourtville and Pierre Part is a favorite rural getaway for the Baton Rouge area.

Though Texas Brine Company and the plaintiffs involved in class-action litigation over the Bayou Corne-area sinkhole reached a $48.1 million…

The new mining planned by Boardwalk will eventually leave inside the salt dome two cigar-shaped cavities each 250 feet wide and 5,000 feet long, the permit application says.  Once the caverns are completed, each will stretch from 2,500 feet to 7,500 feet underground.

The new caverns will be more than a mile southeast of the sinkhole, which remains under constant monitoring by Texas Brine. The dome already has other actively mined caverns between the sinkhole and where the caverns are planned in the dome's undeveloped southern side.

"We think they're far too removed from one another for the creation of these caverns that they're planning to have any impact on the sinkhole, or vice-versa," Patrick Courreges, a state agency spokesman, said of the planned caverns and the sinkhole.

The state Office of Conservation approved the permit for Boardwalk on June 29 a day after a public hearing in Napoleonville that had drawn little interest from the public. The public notice process preceding the hearing also drew no written comments, said Courreges, spokesman for the state Department of Natural Resources, which oversees the Office of Conservation.

Boardwalk "has carefully considered and incorporated safeguards that meet or exceed new brine mining regulations adopted by the state in early 2014," the company said in a statement last week.

Though the newly issued permit allows Boardwalk to start drilling two 7,500-foot deep access wells, the company can't start mining until it conducts additional seismic tests after the wells are built, Courreges said. Those tests will send a seismic device down the newly drilled wells and verify how far south the salt deposit extends beyond the new caverns.

The Napoleonville Salt Dome is a huge underground column of salt, which stretches from about 700 feet, which would be the top of the column, to 30,000 feet deep and covers an oval shaped area of about 1-mile long by 2.5-miles wide. It has been mined for salt since the 1930s and already has 53 caverns, almost half of which have been used to store natural gas and other flammable chemicals.

While the area where Boardwalk plans to drill along the southern side of the dome is free of caverns and far from the sinkhole, it drew questions in the early 1990s from researchers with Sandia National Laboratories. They examined the area as a possible location for expansion of the Strategic Petroleum Reserve, the nation's emergency supply of oil, Sandia reports say.

A 1991 Sandia report notes that misinterpretations of the extent of salt available on the southside of the dome could reduce the amount of available space for future storage caverns by as much as a half mile. At the time, Sandia was considering more than a dozen new caverns in the area, not two as Boardwalk plans, and said seismic testing could resolve questions about the salt.

Boardwalk has submitted tests that show its future caverns would be more than three times the new 300-foot minimum safe distance from the edge of the salt deposit that the state set in reaction to the sinkhole disaster.

Determining how much salt exists between a future cavern and the surrounding earth or other caverns is a critical question in locating any new mine. Salt is not only the substance companies seek to extract but also the supporting rock structure that keeps the huge cavities from collapsing from immense underground pressures.

In the sinkhole disaster, state officials have said, Texas Brine mined its cavern too close to the outer face of the salt dome — probably less than 150 feet away.

The cavern wall of supporting salt broke open, allowing surrounding rock and earth to rush in and fill a cavern nearly as large as the Mercedes-Benz Superdome in New Orleans. In a court ruling last year, a judge found an old oil and gas well that had depleted an underground reservoir weakened surrounding rock and also contributed the salt dome wall collapse. The ruling is on appeal.

Maps show an old oil and gas well in the vicinity of the future Boardwalk caverns, but Courreges said the well was never productive.