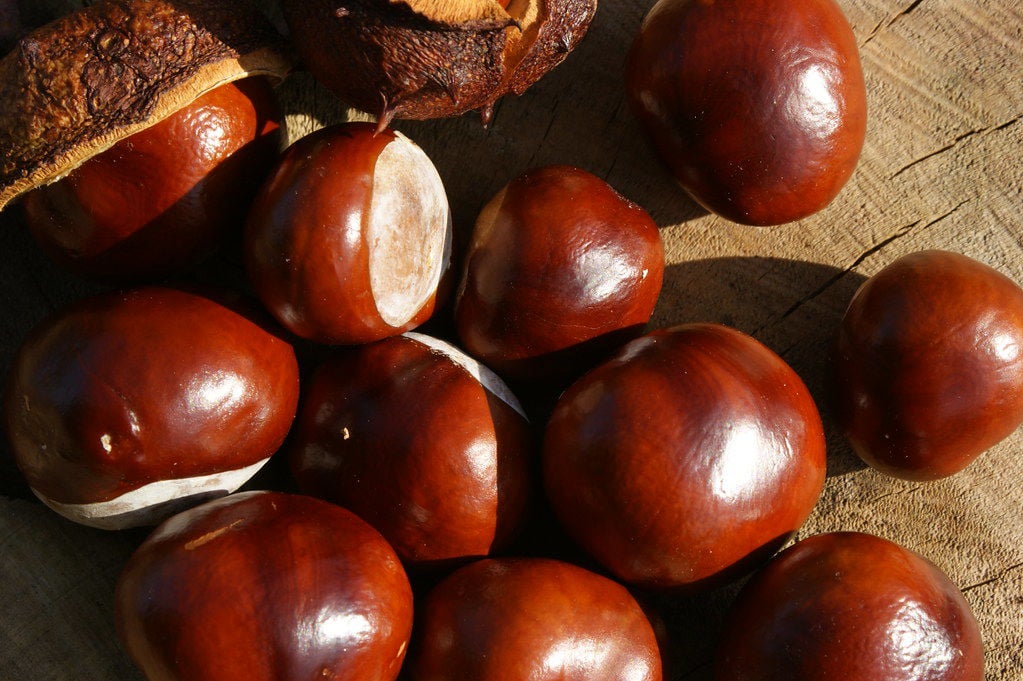 They're called red buckeye because the seeds are thought to resemble deer eyes. 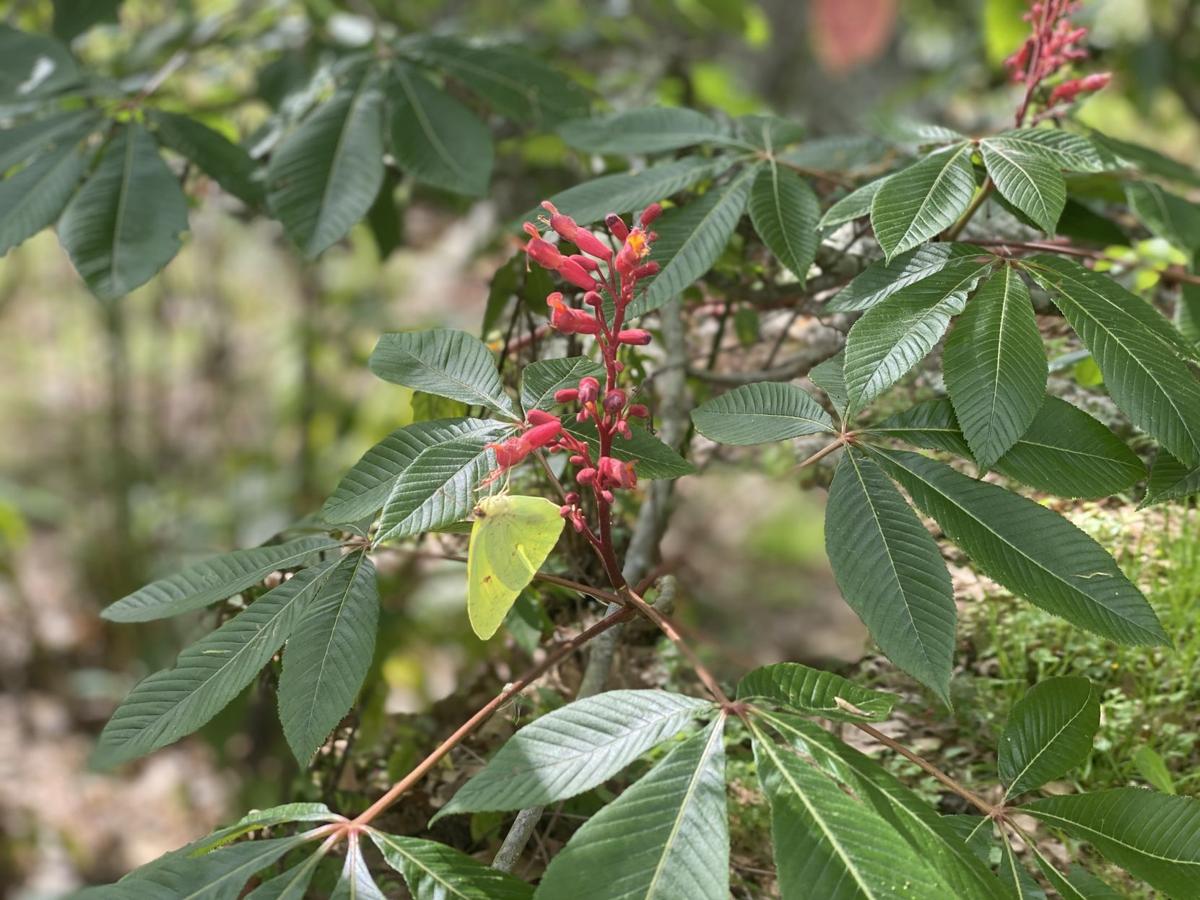 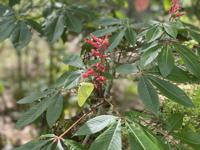 A sulfur butterfly enjoys the nectar from red flowers spikes on a buckeye shrub.

They're called red buckeye because the seeds are thought to resemble deer eyes.

A sulfur butterfly enjoys the nectar from red flowers spikes on a buckeye shrub.

Red buckeyes, which are treelike shrubs, produce brilliant clusters of dark red tubular flowers. These gorgeous blooms last several weeks in spring, and they attract hummingbirds and butterflies because of their nectar.

The rest of the plant is poisonous to birds and mammals, including humans.

Red buckeye (Aesculus pavia) is in the horse chestnut family. It can be found growing from Virginia to Florida to Texas and throughout the Gulf south along streams and in forests.

Red buckeye got its name because its large, nut-like seed is shiny and dark brown with a light-colored spot that is said to resemble a deer’s eye. The seed is considered a good luck charm, even though it is highly poisonous.

The seeds do contain a lot of protein, and, after boiling to remove the deadly toxins, were used by Native Americans as a food source. They also crushed the seeds and used the powder to stun fish for an easy catch. School children used to carry them in their pockets for good luck.

Red buckeye can easily be grown from seed, which you can start in pots now and then transplant in late winter or early spring to the landscape. They have a slow to moderate growth rate, but will typically grow to 25 feet tall but can reach as high as 30 to 40 feet.

Its leaves are unique, growing opposite in a palmate form and are 3 to 6 inches long. The leaves emerge early in spring and are a dark glossy green from spring until late summer, when they are among some of the first to fall.

These shrubs can tolerate a wide range of soils from moist to dry, growing in U.S. Department of Agriculture hardiness zones 6-9. They are generally easy to care for, with few pests, and can tolerate some drought. They grow well in full sun to shade.

Because it is tolerant of shade, the buckeye tree makes a great selection as a flowering understory shrub or small tree. Pair it with another native, such as American beautyberry, and you have the makings of a gorgeous display for shady areas that provide ecosystem services for wildlife. It also is a good accent plant for large shaded areas.

Red buckeye trees offer a modest fall color change. Its early leaf drop makes for a great defense against drought in the late summer when temperatures are high and rain is seldom.

The wood of the buckeye is pale and light, and has been used to make paper and other novelty items. Seven species of buckeye are native to the United States, mostly found in the eastern half of the country. According to the Arbor Day Foundation, buckeye made the nomination short list for America’s national tree.

It's difficult to find buckeyes in retail nurseries. However, you can order trees online or head out to the forest in autumn and harvest seeds for yourself.

If you grow the trees from seed, protect them from squirrels, and keep children and pets away.