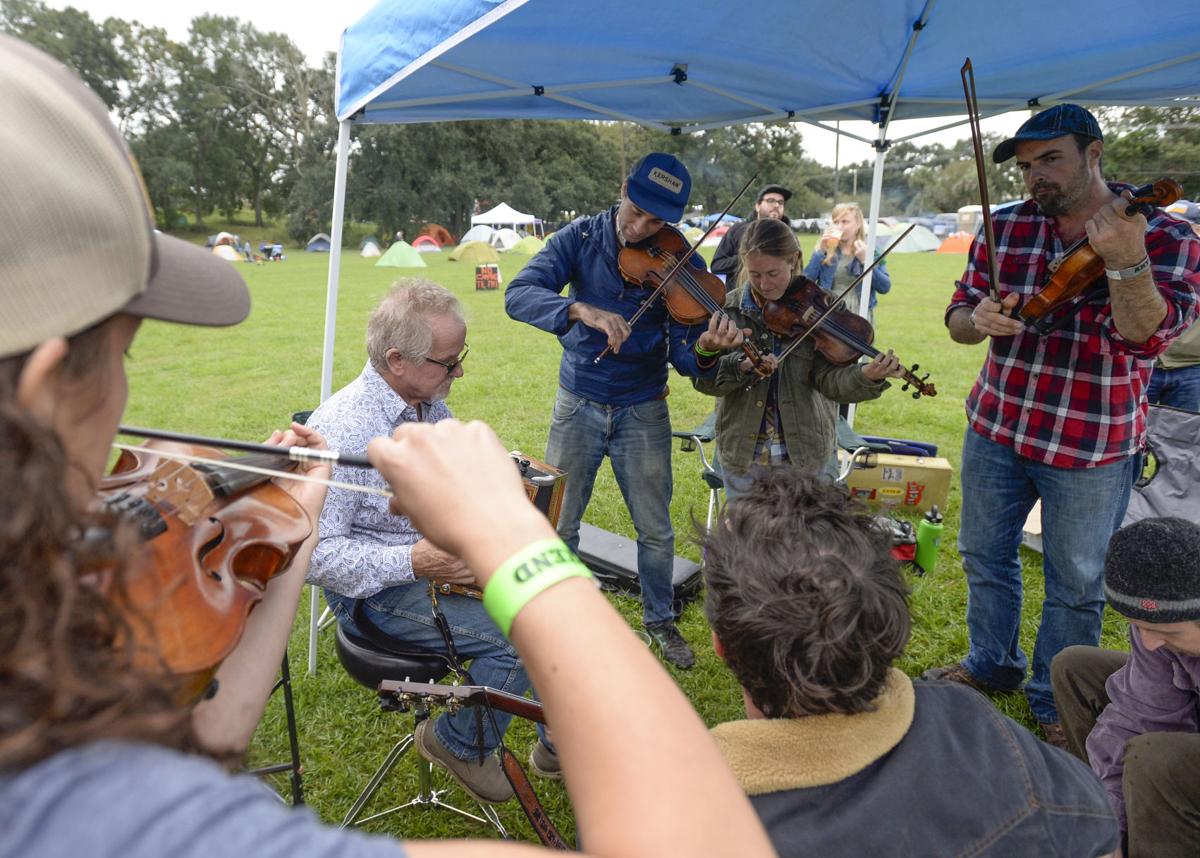 A cajun jam session is held in the camping area during Blackpot Festival on Saturday, Oct. 26, 2019, at Vermilionville in Lafayette. The annual celebration of local food, music, and culture is in its 14th year. 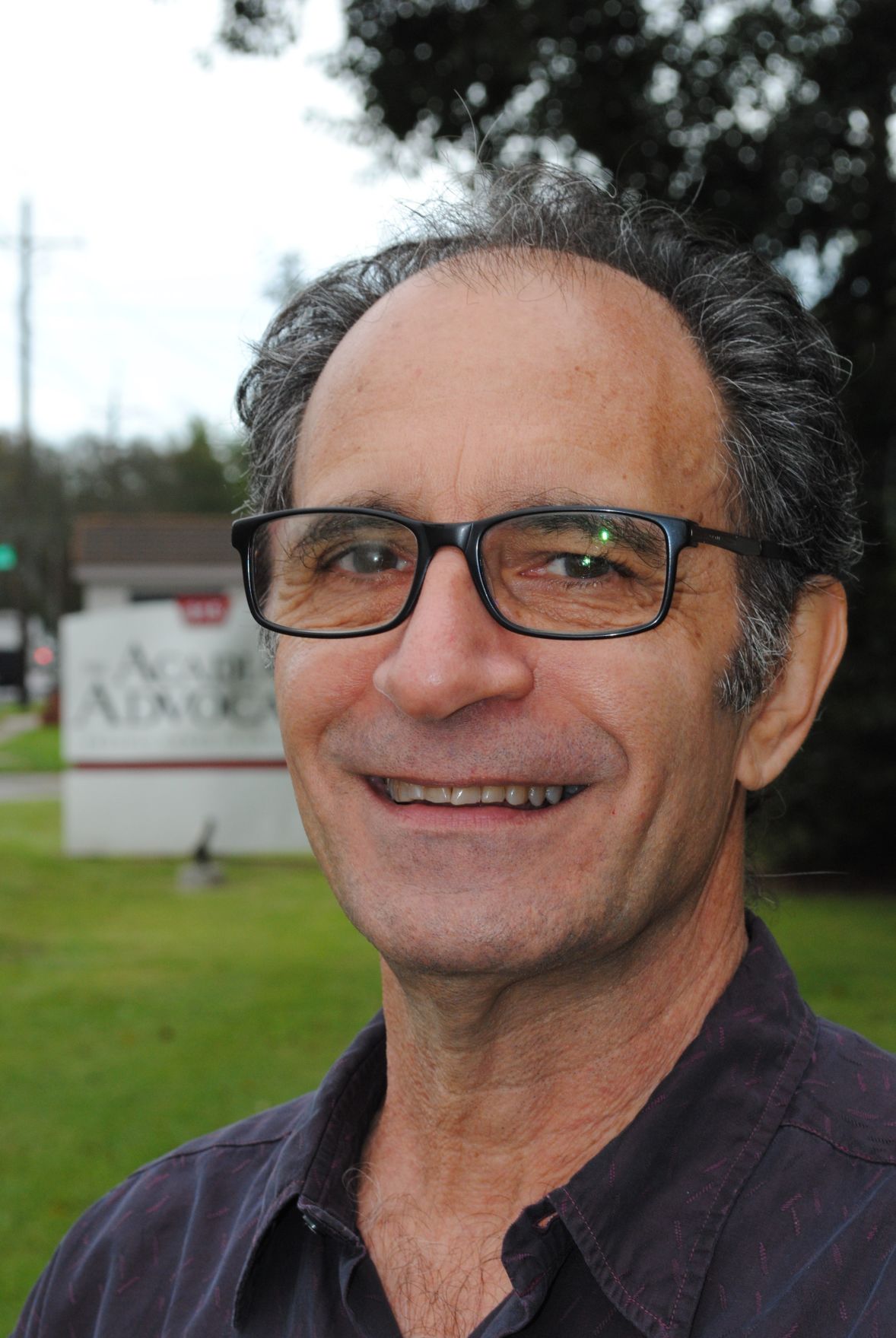 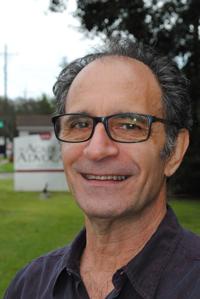 A cajun jam session is held in the camping area during Blackpot Festival on Saturday, Oct. 26, 2019, at Vermilionville in Lafayette. The annual celebration of local food, music, and culture is in its 14th year.

When the Grammy nominations were announced last week, something was missing. And that something was that at least one Cajun or zydeco band from Acadiana did not make the cut.

No noms, no nothing.

But that’s OK. Really. To paraphrase the classic 1962 Patsy Cline hit, “She’s Got You,” I’d say “The only thing different/The only thing new/(fill-in-the-blank) got the Grammy/But we’ve got you.”

It’s true. Sure, another Grammy by another local band would’ve been cool. But no matter, we still get to see, hear and dance to our homegrown music generated by our homegrown bands whether they win a Grammy or not.

Overall, we’ve been fortunate for the past several years with nominees and winners in the Best Regional Roots Music Album.

Cross Culture: How I stumbled upon the talented Chynna Huval, a rising star in local music

A couple of weeks ago, I jumped on a bike left behind by my friend Rick Krumwiede, who grew tired of hauling his (and Becky’s, too) to Lafayet…

Our local musicians last racked up at the 60th annual Grammy Awards in 2017 with Lost Bayou Ramblers’ “Kalenda.” In 2014, Jo-El Sonnier’s “The Legacy” won; Terrance Simien & the Zydeco Experience collected their second Grammy in 2013 with “Dockside Sessions.”

In 2012, The Band Courtbouillon with Wayne Toups, Steve Riley and Wilson Savoy nabbed a Grammy in the 55th annual ceremony. And the year before that, Chubby Carrier and the Bayou Swamp Band’s “Zydeco Junkie” took the honor.

The late Buckwheat Zydeco’s Grammy came in 2010 with “Lay Your Burden Down."

BeauSoleil avec Michael Doucet, of course, won a Grammy under Best Traditional Folk Album in 1997 before the introduction and short-lived category of Best Cajun or Zydeco Album. But before the category was closed, BeauSoleil won again in 2008.

I’d be remiss not to note that Lauren Daigle took the Grammy for “You Say” last year.

The Best Zydeco or Cajun Music Album category was eliminated in 2011 (with 30 others), and our bands compete under the Best Regional Roots Music Album designation.

All that said, yes, indeed, I’m thankful to be living in this thriving and unique music and arts culture that we love and support.

I’ve been to a couple of these birthday parties, and they’re a blast. Young and old shake a leg all the while raising money for the former gym. And let me say that the decor is usually pretty darn cool, too.

The Knights of Peter Claver Hall was the gym for St. Peter Claver school built in 1952 for basketball games, record hops and school plays. It’s a cool, old-school gym complete with a stage at one end.

Everybody’s Birthday bash began as a collective nod to Grand Coteau’s Curley Taylor, who, with his band, Zydeco Trouble, had stepped in over the years to raise money for this and that. Taylor, however, took the spotlight off himself and made it a community celebration for anyone who’s had a birthday.

The way I see it, if you were born and you’re still here, you have a birthday to celebrate. So go on out and pass a good time for a good cause.

Zeno Fest: If you want to make someone else thankful, don’t miss Zeno Fest at the Acadiana Center for the Arts.

Zeno Fest is a funder for Lee Allen Zeno, the savvy bassist, seen with plenty of local bands here and others from around the world, over the years. You may recall him was a member of the Grammy-winning Buckwheat Zydeco Ils Sont Partis Band.

Anyway, with the Joe Jackson song, (Everything Gives You) “Cancer,” ringing in my ears, I’m sad to write that Zeno is dealing with that dreaded disease. Again. For the third time in six months.

Admission for the event is $10.

Thanks, senator: I’m also thankful that our own senator, John Kennedy, back-peddled on his nutty assertion that Ukraine had interfered with the 2016 presidential election. C’mon, politicians, despite the president’s claim to the contrary, our own intel community nailed the Ruskies for the meddling.

So, thanks Mr. Kennedy, for clearing up a previous misstep. Not too many folks these days, especially politicians, will admit they were even remotely wrong.