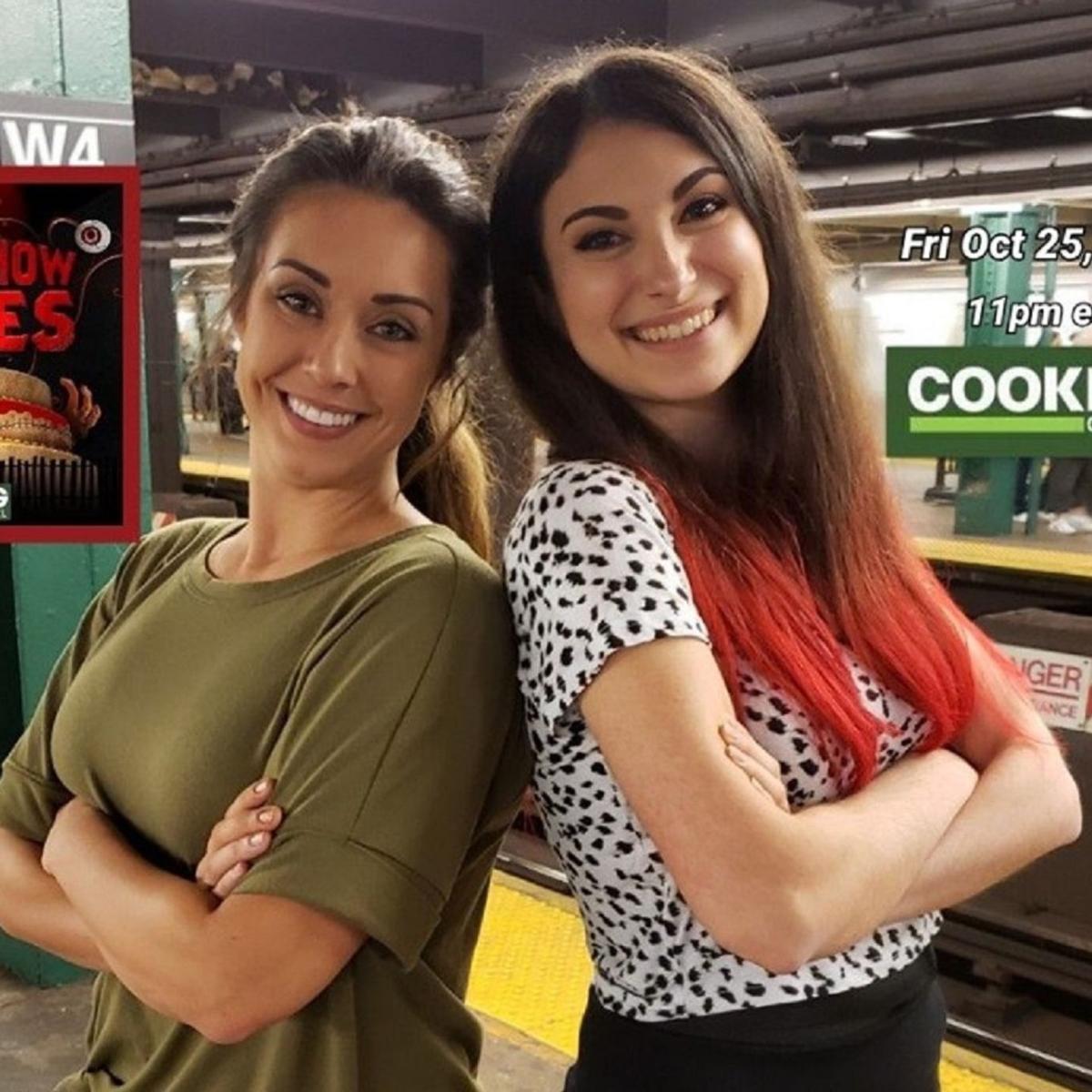 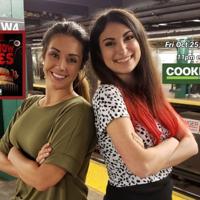 Holly Sigur Broussard, left, of Prairieville, and Sidney Galpern, of Melbourne, Florida, are Team Holly on the season finale of 'Freakshow Cakes' at 10 p.m. Friday on Cooking Channel. 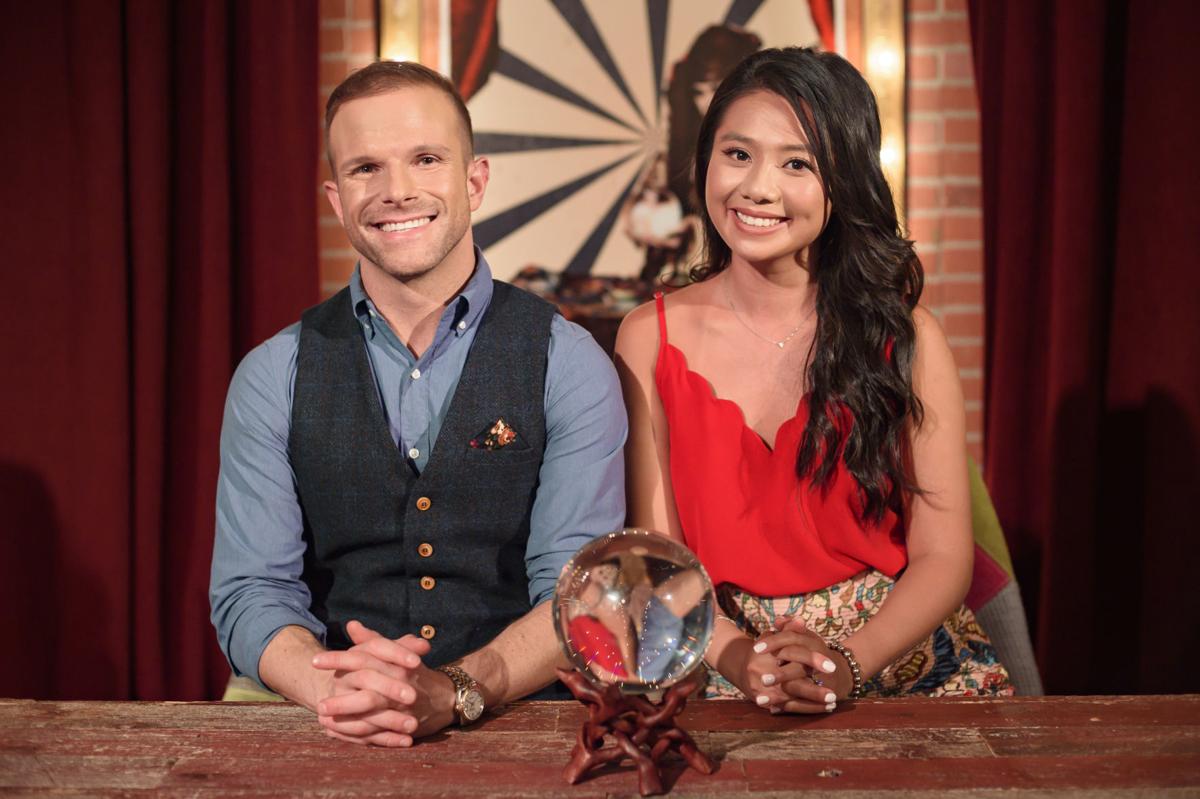 Holly Sigur Broussard, left, of Prairieville, and Sidney Galpern, of Melbourne, Florida, are Team Holly on the season finale of 'Freakshow Cakes' at 10 p.m. Friday on Cooking Channel.

The name of Cooking Channel's new series might scare some competitors, but not Holly Sigur Broussard.

"Freakshow Cakes" is right up her alley.

"Over-the-top cakes, sculpted, hanging, gravity-defying, anything that's different," said the 27-year-old Prairieville cake artist, describing her confection specialties. "I like to do things that are kind of out of the box."

Broussard will be seen in the "Freakshow Cakes" kitchen on Friday night for the show's season finale, titled "Flame Show." The episode was filmed in New York in June.

In each episode, three pairs of bakers are tasked with "showcasing the most wildly imaginative and hair-raising cake design" for a chance at the $10,000 prize and the "Freakshow Champion" title.

Continuing with the circus theme of the other three episodes, the "Flame Show" segment calls for the teams to design "smokin' hot cakes inspired by the infamous fire breather, along with a fiery sideshow sweet to go with their dangerous cake displays," according to a show synopsis.

In between juggling cake orders at her Sweet Elizabeth Cake Designs business, which she started in Prairieville nine years ago, Broussard talked about her "freaky" experience.

Who was your assistant for the competition?

Sidney Galpern (Melbourne, Florida). We're industry friends. I use her products; I see her at cake shows all the time. We're close in age, we just kind of formed a friendship that way. She has Simi Cakes in Florida, which is an isomalt company (isomalt is a sugar substitute used in making edible cake decorations). … I chose Sidney because I knew that if anything came up that was outside of my wheelhouse, she would have me covered, because I'm kind of the cake artist and very detail-oriented sculptor, and she does this beautiful isomalt work, like blown sugar and cold sugar, and just a whole different aspect of things. So I thought it would be good to have her on my team to be able to pull in a bunch of different techniques in our piece.

What was your biggest challenge?

It was definitely the time. I'm a very detail-oriented list person, and it was very hard to stay on schedule, where we would kind of finish everything we wanted to get done on the piece. It was very intense, three hours of true timed competition.

Were you pleased with your finished product?

I was satisfied with my piece. Obviously, I could work on something all day and continue to tweak it, so I think, given the time, we definitely did our absolute best. But looking back on it, if I'd have had more time, I obviously would have changed things here and there, but I'm happy with what we put out.

And how were the judges (Zac Young and Vivian Chan, who also host)?

They were good. They kind of had good and bad things to say about everybody's piece. I think they were really thorough, but they really liked what we put forward so I was happy with the way that they judged us.

Did your previous experience competing on Food Network's "Cake Wars" help you this time around?

The two shows were very different. Obviously, I've grown, because that ("Cake Wars") was in 2014, so it's been several years. I think I've just grown in that time frame more so than that initial show helping too, too much.

And are you planning a watch party?

I haven't decided yet, probably not. You never know how they're going to edit you, so part of me is kind of nervous. I might look like an absolute fool, you never know. (giggles)

Although he did make it to the Statue of Liberty, 'Money' Mike Thornton's two months in New York City this summer were no vacation.