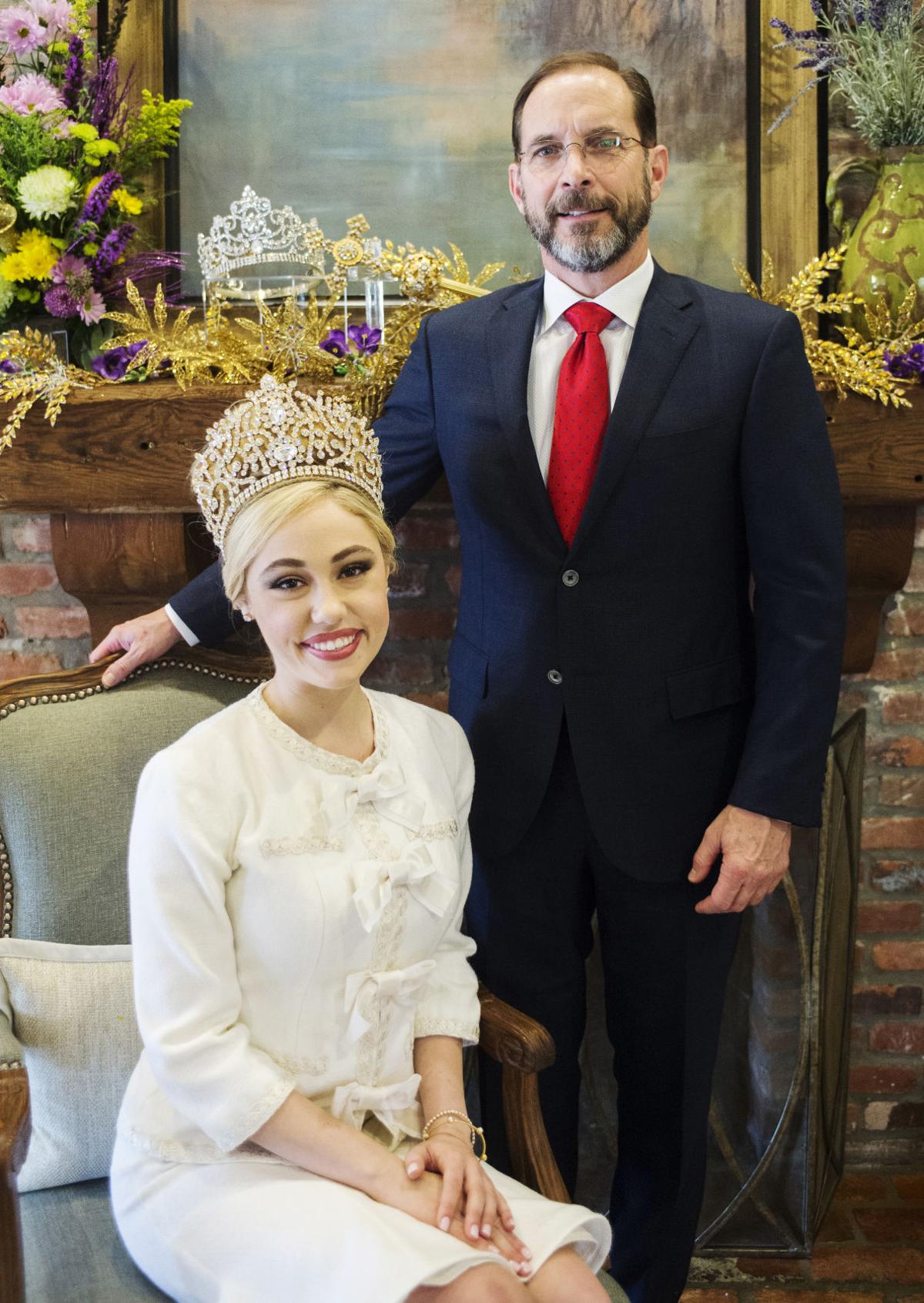 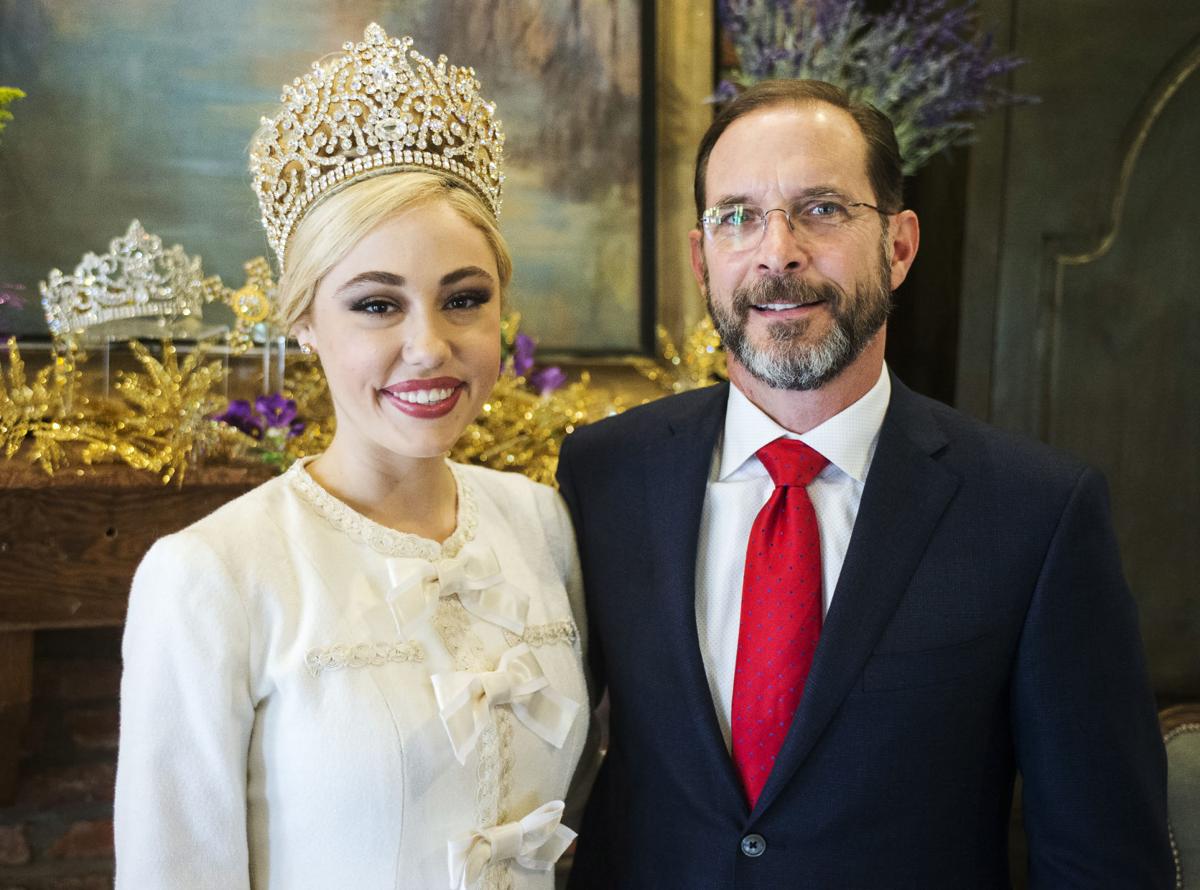 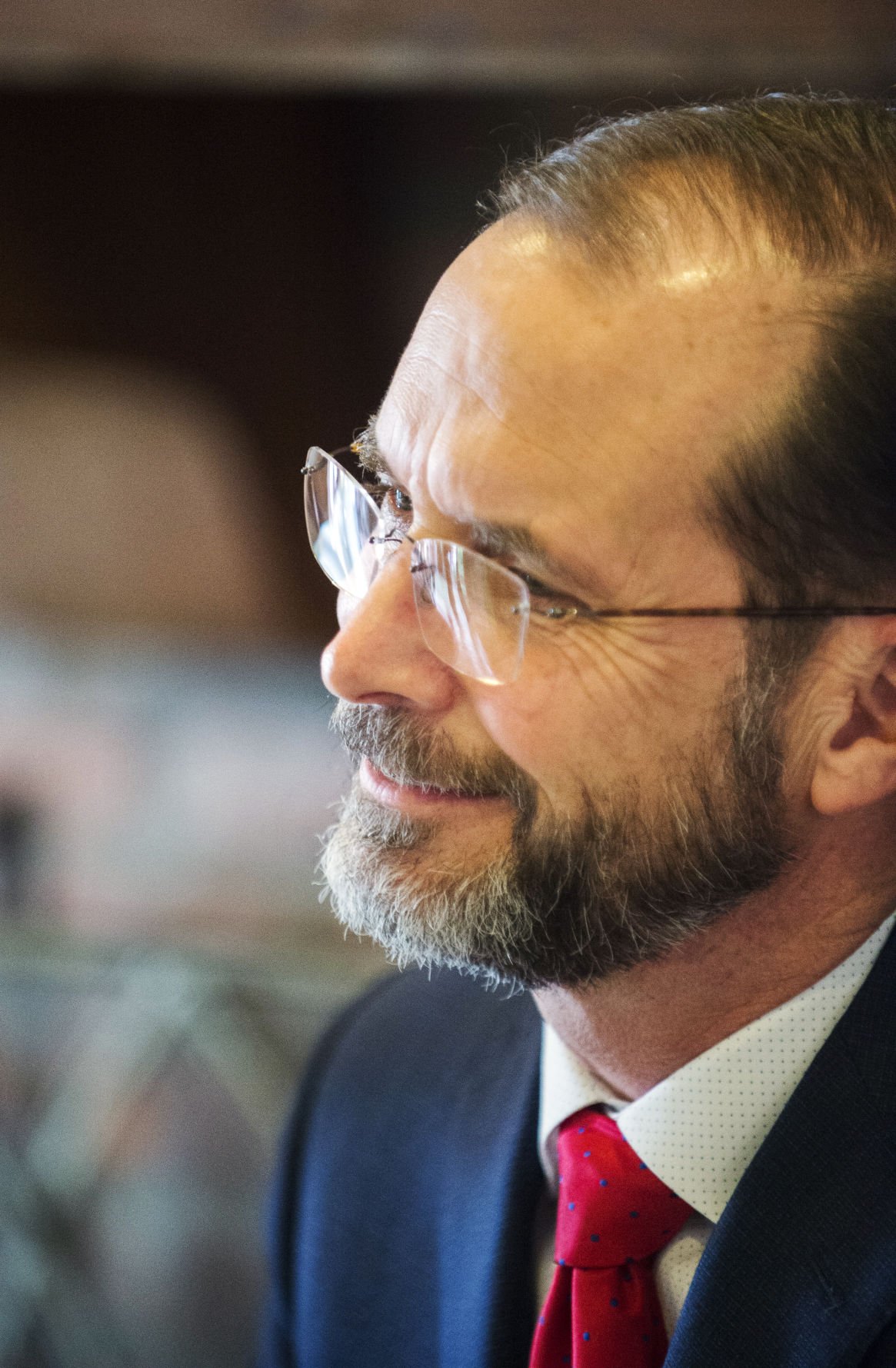 Their majesties met the press Friday at the Emily Circle home of the queen’s parents and gave their formal interviews before bracing for the long weekend ahead.

Montgomery is an orthopedic surgeon practicing in Lafayette since 1994. He attended the University of Louisiana at Lafayette (then USL) and the Louisiana State University School of Medicine in Shreveport. In addition to his practice, he serves local UL athletes as a team physician. His Mardi Gras lineage is long, and he is a member of the Krewe of Gabriel and the Order of the Troubadours.

Busch is a freshman at Louisiana State University studying fashion merchandising. She is a member of Kappa Delta Sorority and was previously queen of Les Brigands de Lafitte. Her family tree boasts aunts, uncles and cousins who reigned as Gabriel royalty as far back as 1959.

“It was summer and a member came to my home,” he said. “They asked me, and I was totally caught off guard. It was a wonderful surprise.”

Busch’s family kept the secret from her for over a month.

“My parents knew five weeks before,” Busch said. “I thought I was going to a dinner with my aunt and uncle for good grades after a lacrosse game. Then I saw my whole family and the ladies committee.”

For Busch, the most fun so far has been the anticipation and the planning.

“And the clothes,” she laughed. “It’s really fun to wear the hats and the crown.”

Montgomery has enjoyed the lead-in to Mardi Gras week and the festivities. “I’d never had a beard before, it’s been good,” he said.

The Krewe of Gabriel alternately dresses its monarchs in silver and gold, and Montgomery and Busch will follow suit.

“My costume is gold, since it’s a gold year,” Busch said. “All new, beaded, all handmade, a traditional look.” Despite the past Queen Evangelines in her family, there will be no heirlooms and no customizing. “They told me what I wanted,” she said.

Montgomery said the gold standard will extend to him also.

“It’s going to be very impressive under the lights.”

Busch is excited about the Queen’s luncheon on Lundi Gras, while Montgomery is looking forward to celebrating with family throughout the week.

“I have four children, and most of my kids will be in town tomorrow — I have two who live out of state — and four siblings, so tons of nieces and nephews,” he said.

Both have issued a royal edict for everyone to have a good time. “And for no one to fall down,” Montgomery said.

As for whether he’ll keep the beard, he was noncommittal: “I’ll have to see.”