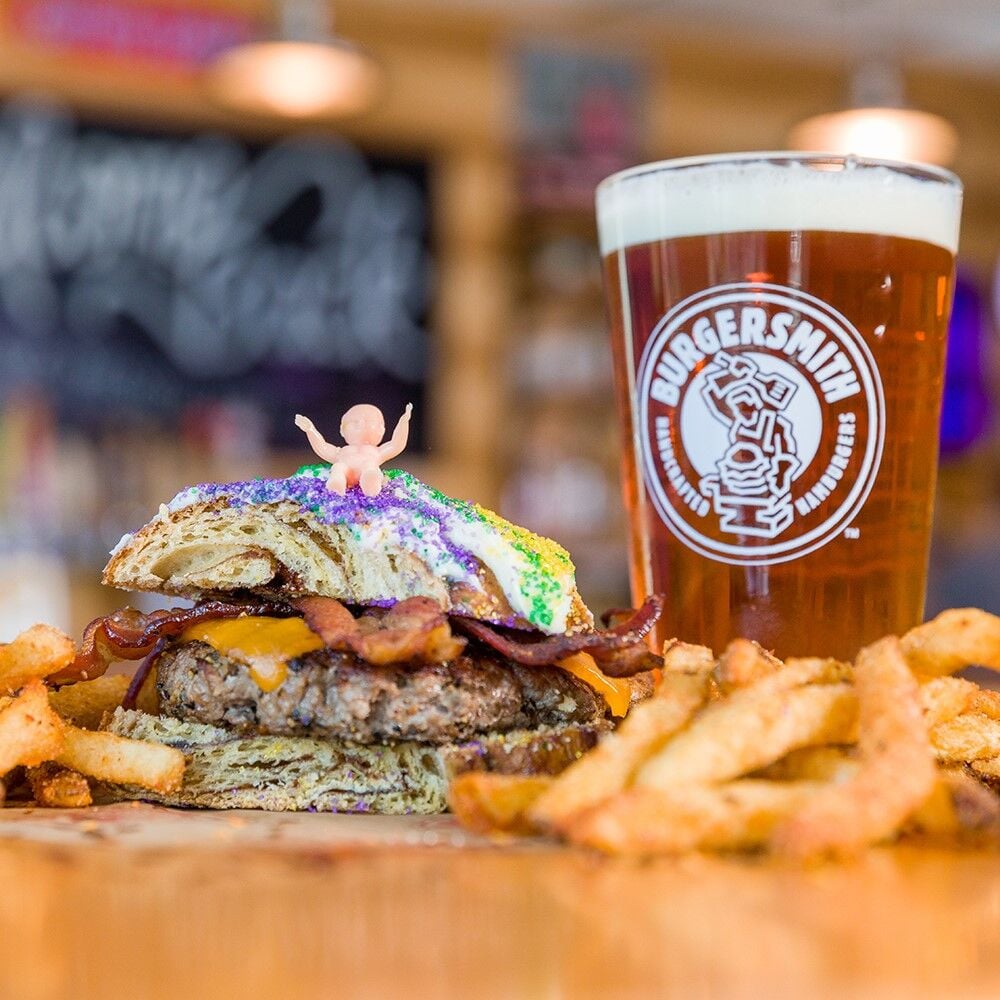 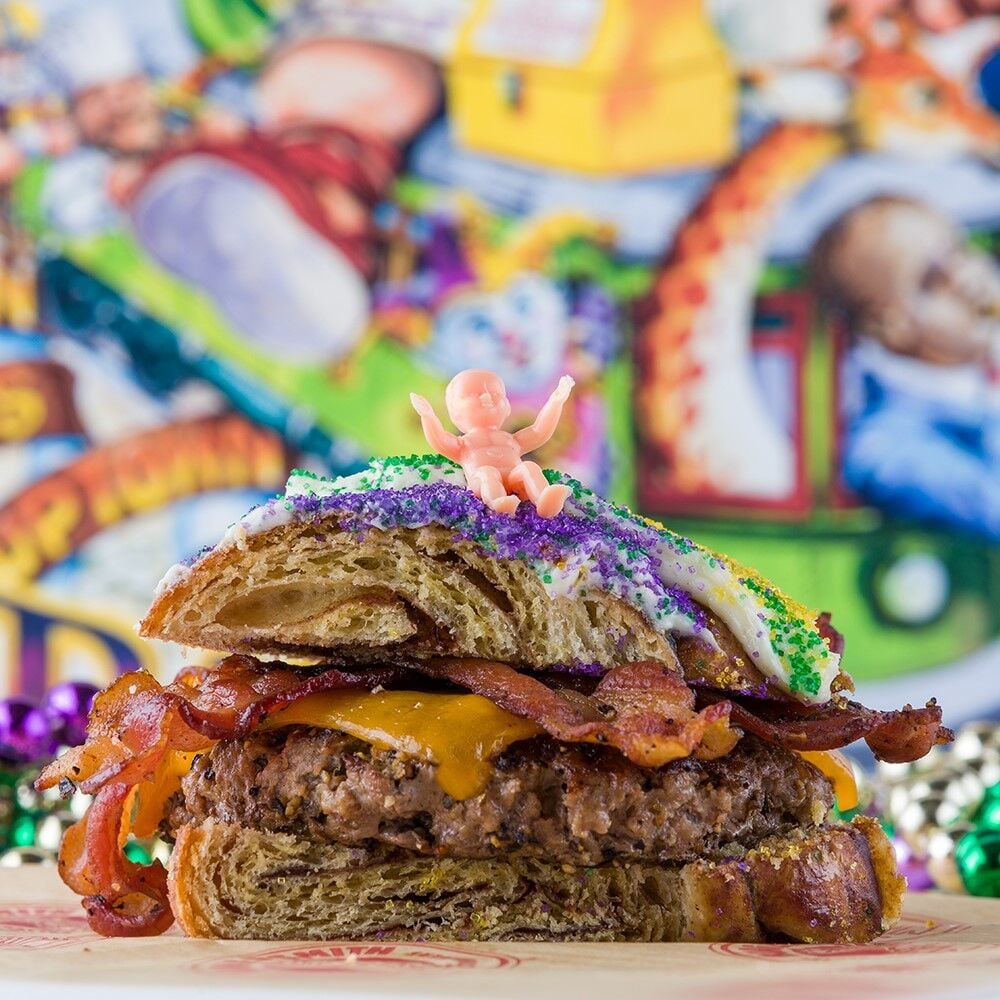 During a season of uncertainty, one thing is still clear — it won't be hard to find ways to celebrate the "fat" part of Mardi Gras.

One way to do that is with Burgersmith's king cake burger, which is returning to all six Louisiana locations of the restaurant next month.

"I think we’re all missing our Mardi Gras traditions this year, so we wanted a safe way for customers to keep the celebration going," said Russ Umbricht, Burgersmith's vice president of operations in a statement. "That’s why we’re excited to bring back the Mardi Gras Mambo Burger."

The Mardi Gras mambo burger made its pre-pandemic debut at Burgersmith during last year's Carnival season. The limited release quickly sold out at all restaurant locations.

The burger is the brainchild of Jay Ducote, a Food Network star and Baton Rouge personality, and his radio show co-host, Charles "Chuck P" Pierce.

"It’s no secret that I love bold flavors, so combining two of our favorites (king cake and burgers) was a no-brainer," Ducote said in a statement. "The result was even better than we anticipated! It’s part tradition, part nostalgia and a whole lot of deliciousness — after all, isn’t that what Mardi Gras is all about?"

The Mardi Gras mambo burger will be available for dine-in and takeout from Feb. 1 through Mardi Gras Day at all six Burgersmith locations in the Lafayette and Baton Rouge areas. Learn more at burgersmith.com.

The former Don’s Seafood restaurant in downtown Lafayette has been bought by a group of investors with plans to convert it to a mixed use space.