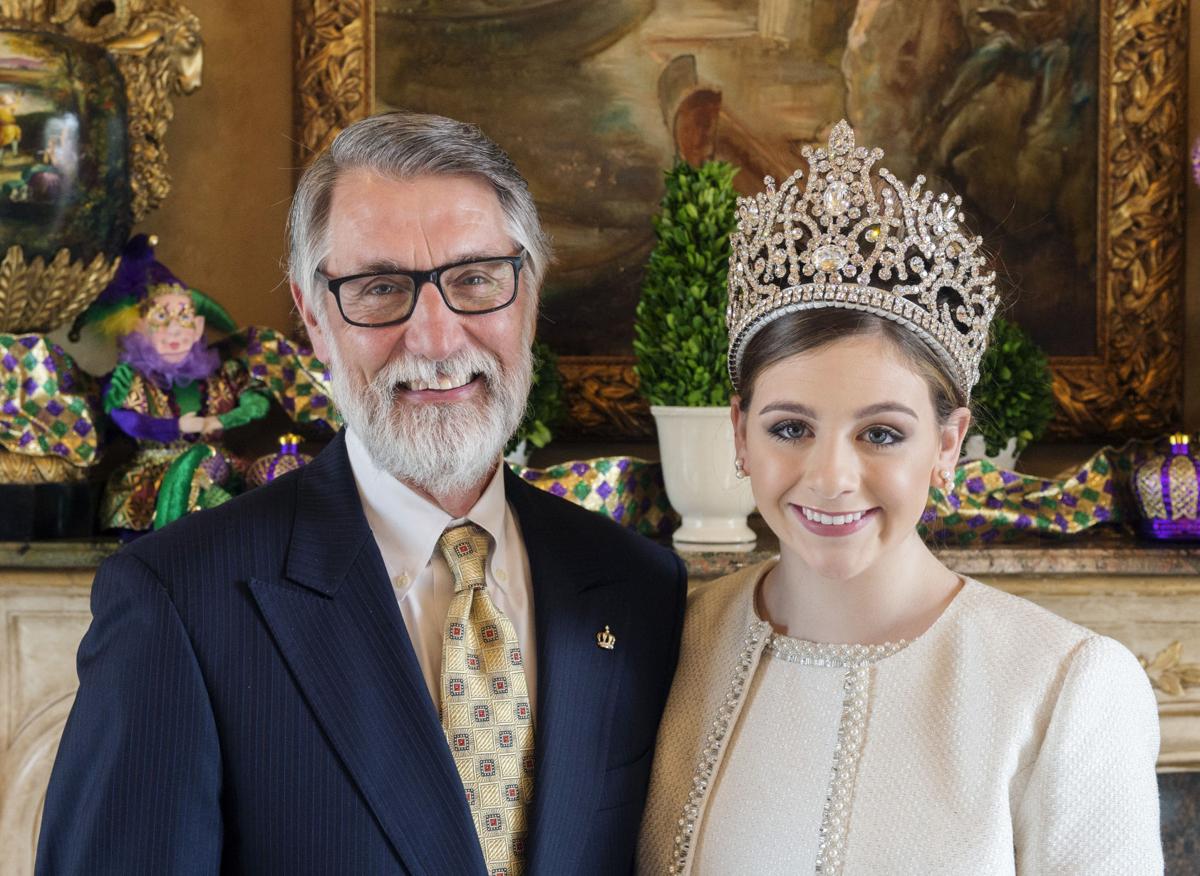 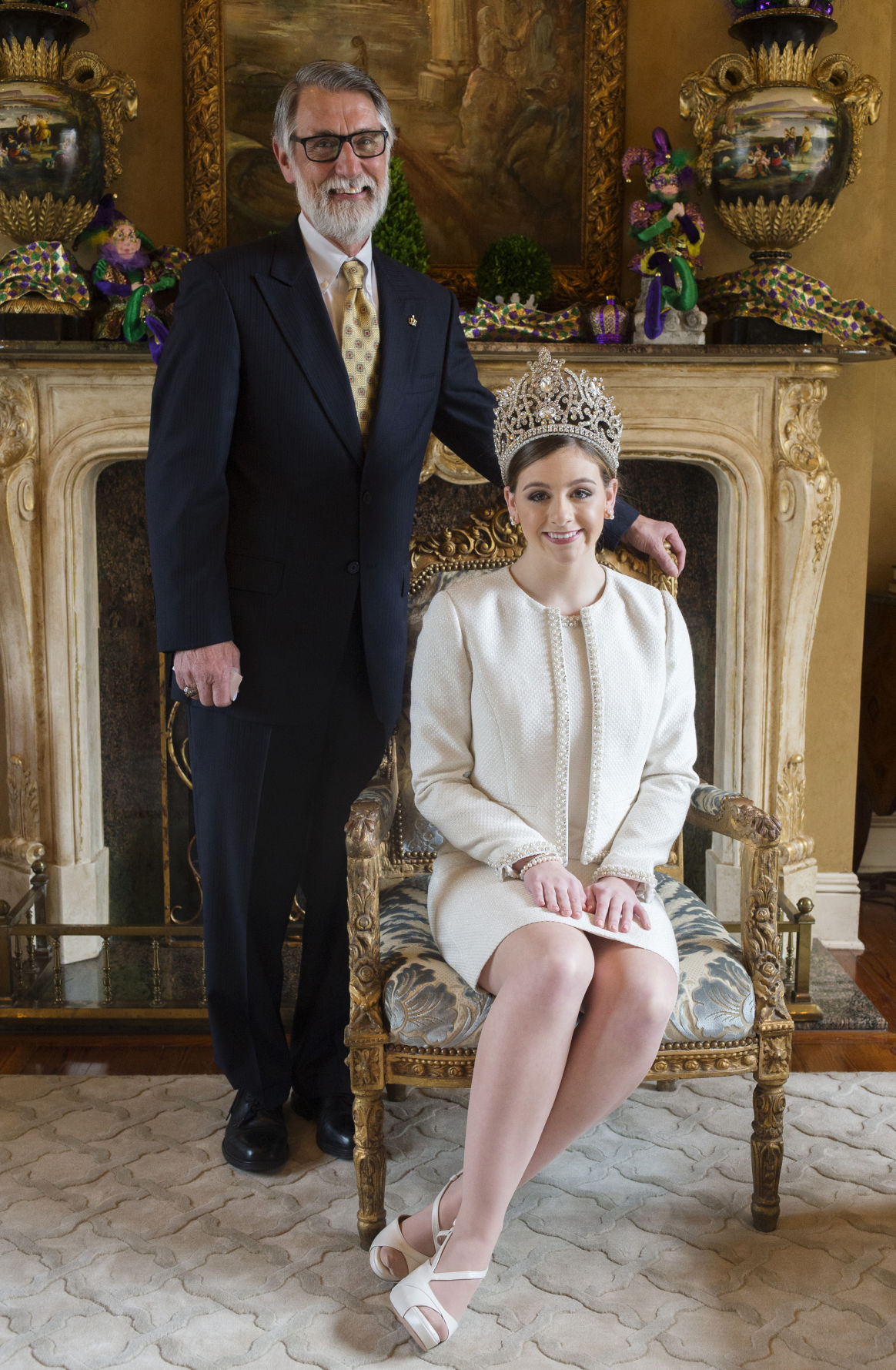 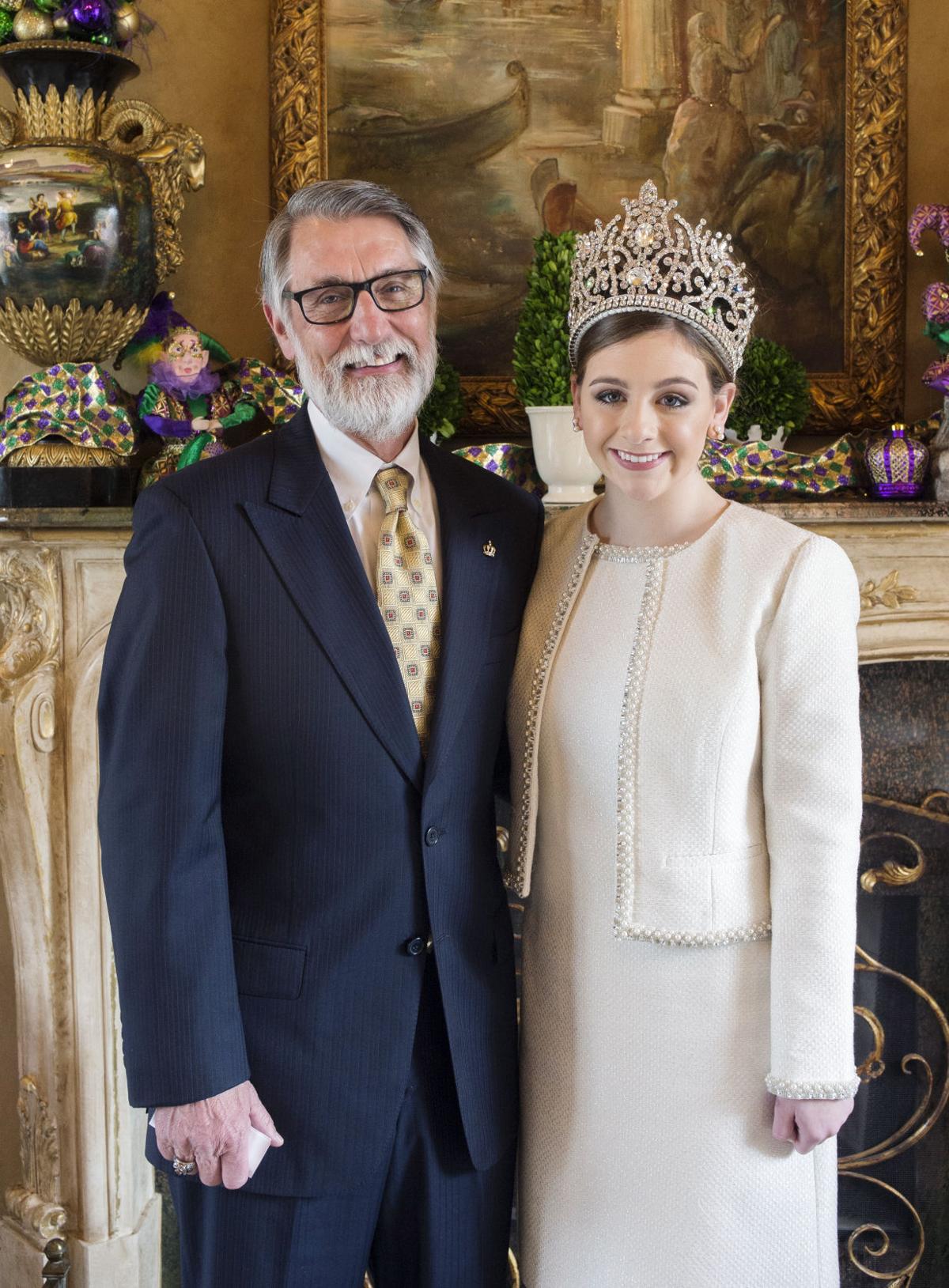 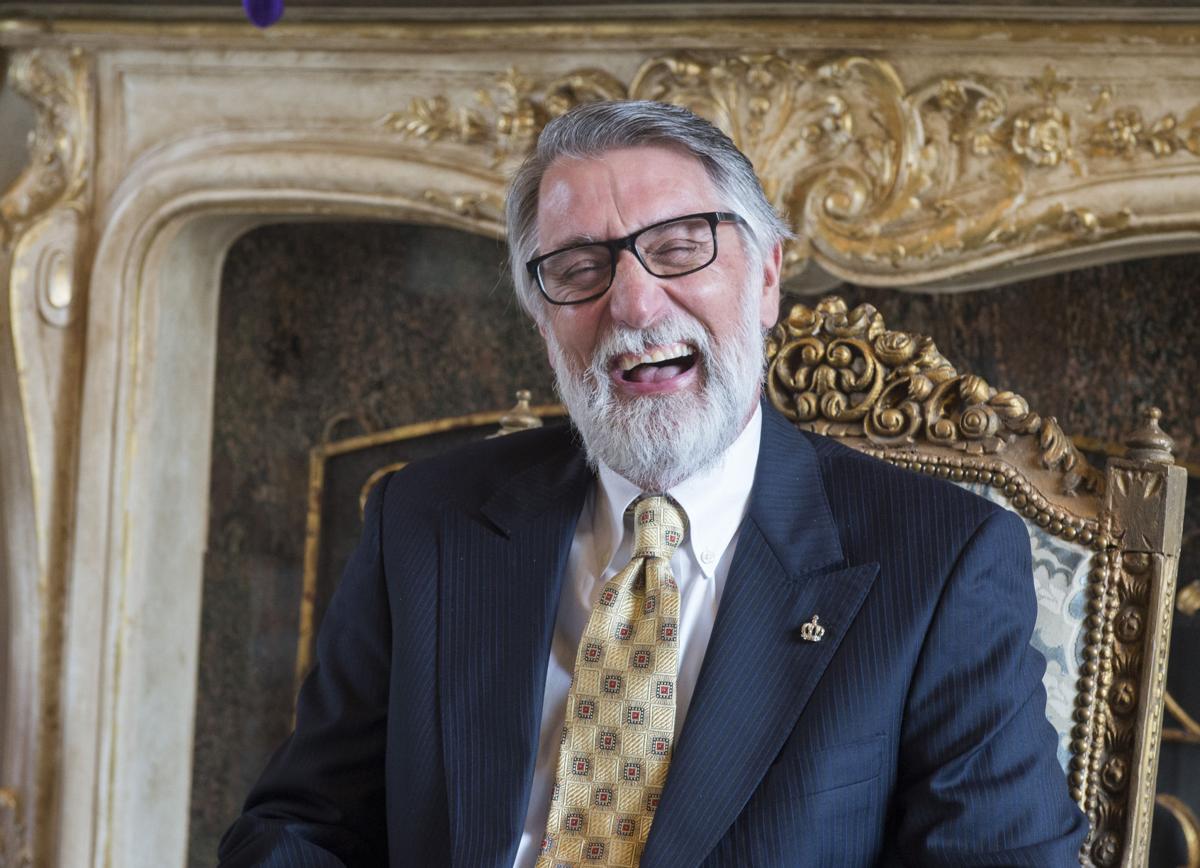 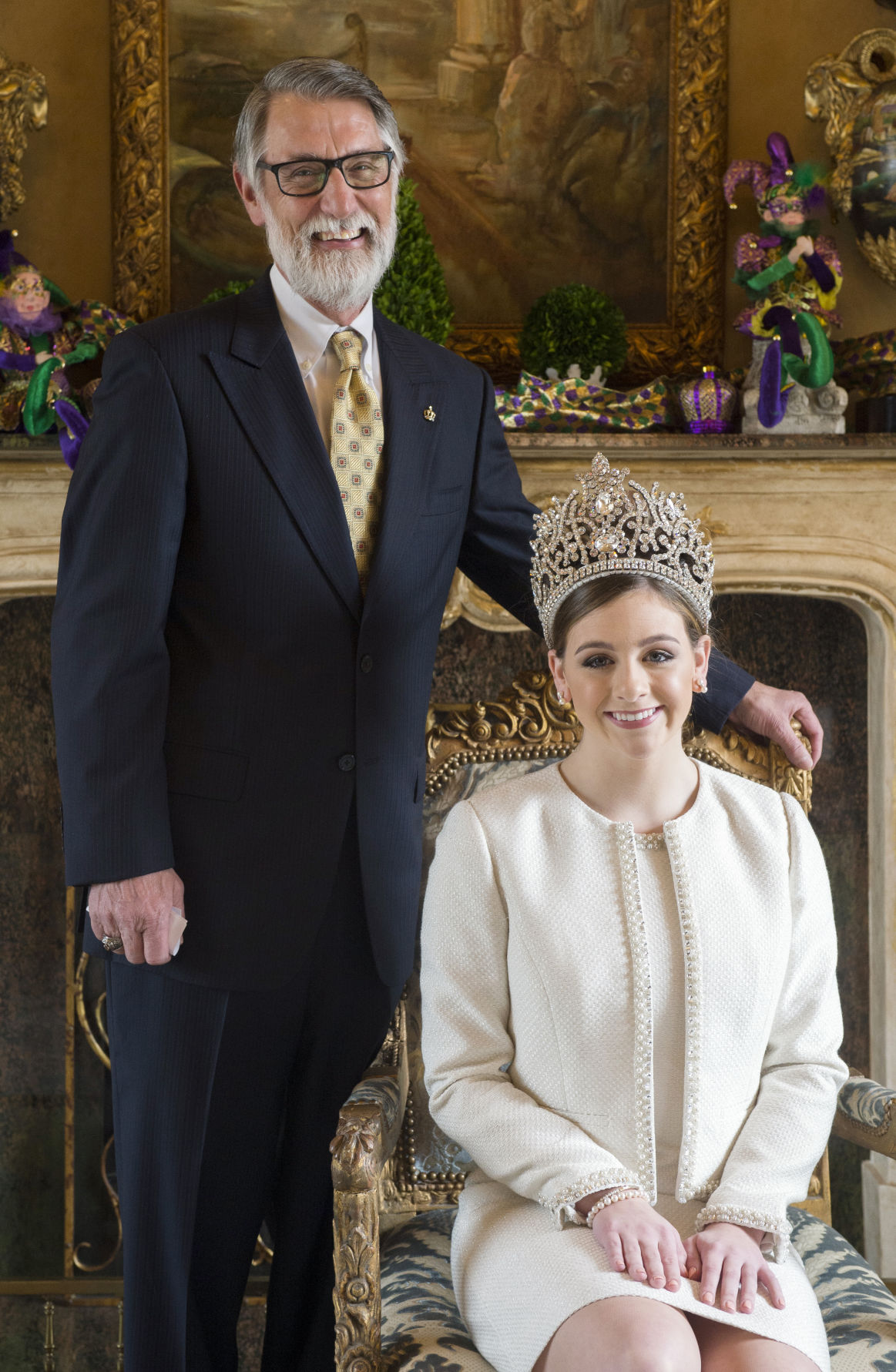 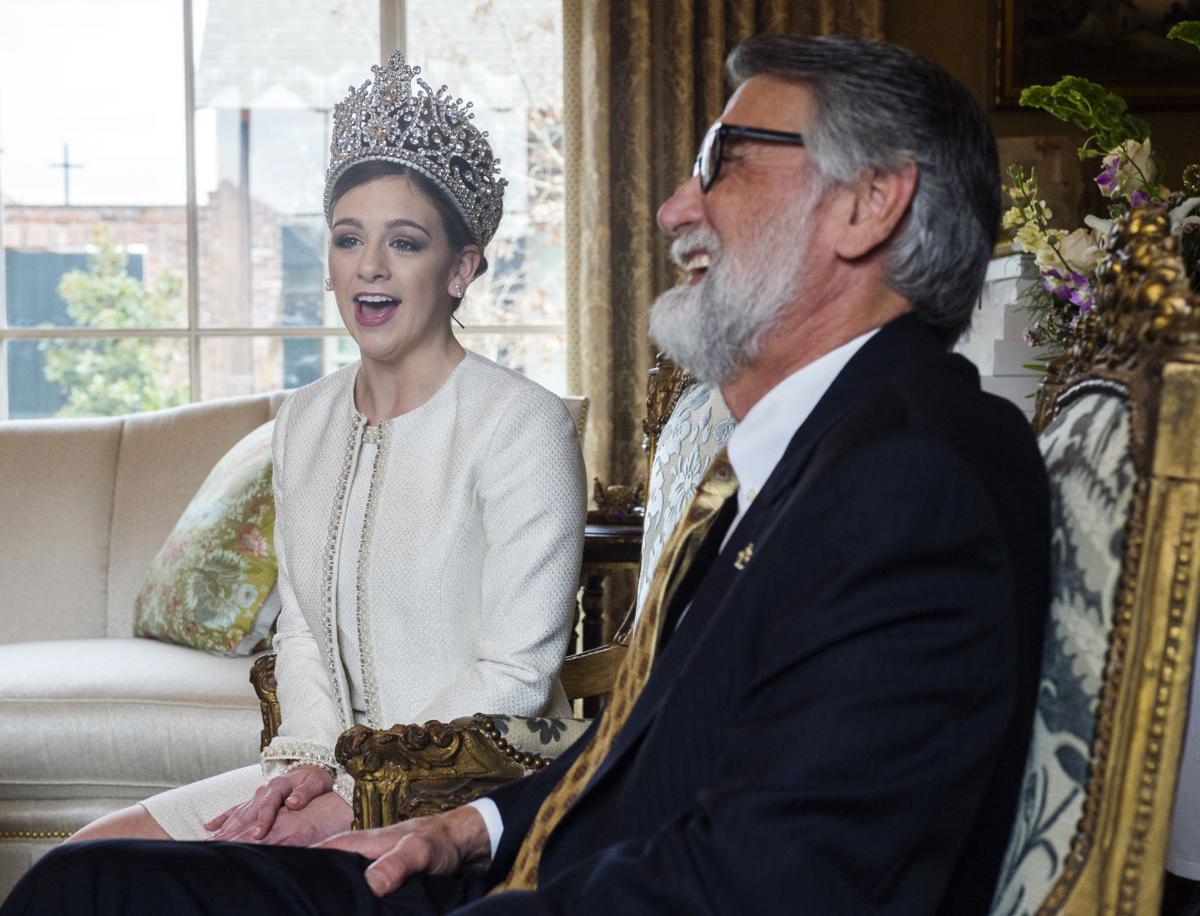 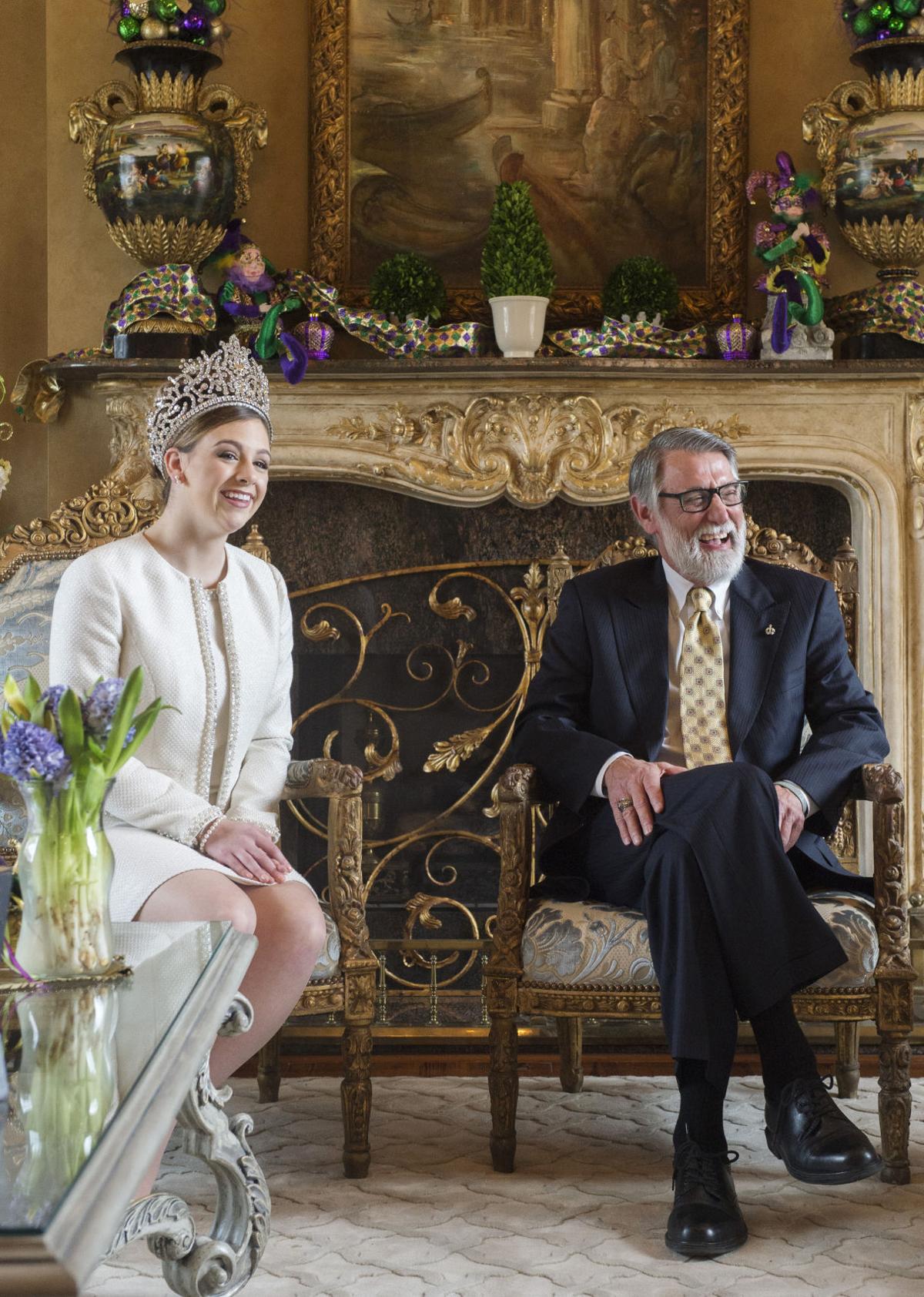 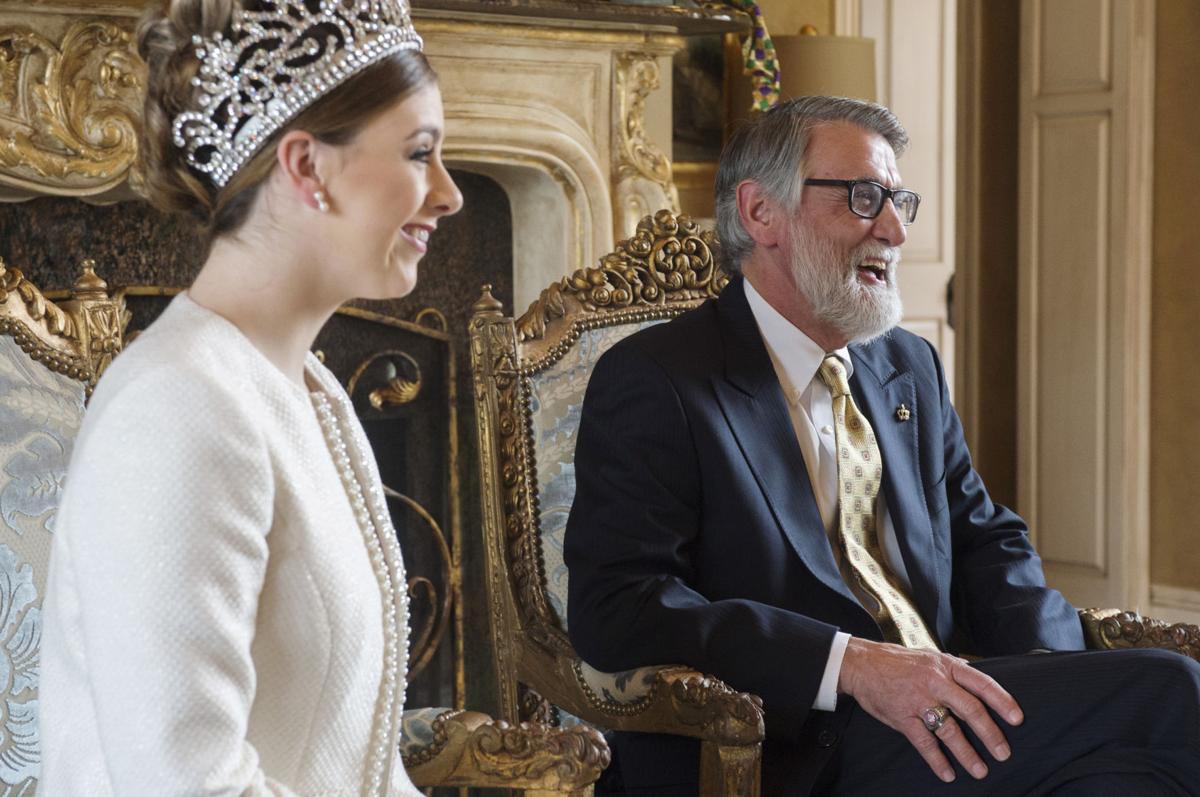 Surpassed only by New Orleans, Lafayette Mardi Gras is a nonstop five days of revelry beginning with a kickoff parade Friday night and ending Tuesday night with the Greater Southwest Mardi Gras Association Ball at the Frem Boustany Convention Center.

Their majesties met with media over a champagne buffet at the Princeton Woods home of Guilliot’s parents, Paul Jerome and Mary Gretchen Guilliot, and posed for reporters before heading into their Mardi Gras duties.

Judice is a pediatrician practicing in Lafayette since the 1980s. A proud graduate and continued supporter of the University of Louisiana at Lafayette, he continues to see patients with his partners at Lafayette Pediatrics.

Judice remains active on the staff of Women’s and Children’s Hospital and is a member of the Louisiana State Medical Society. He and his wife have been active in Mardi Gras for more than 30 years and formerly reigned as Napoleon and Josephine XXXI over the Krewe of Bonaparte.

Guilliot is a freshman at UL-Lafayette majoring in pre-dental hygiene and is a member of Kappa Delta Sorority and Ragin’ Jazz Dance Team. She is a fourth-generation Carnival royal.

Judice said he got a call from the selection committee Tuesday morning notifying him of his selection.

“I thought it was a prank and told them I needed 24 hours to think about it, even though I knew what the answer would be,” he said.

Guilliot was likewise caught completely off guard but recovered with grace.

“I’d just gotten off dance review practice,” she said, smiling. “I was told I needed to be at Dad’s retirement party. I had wet hair, no shoes and no makeup. I came in to find the Ladies Committee.

Judice will be a silver king — Gabriel kings alternate between gold and silver — and by tradition is required to grow a beard. He said it will be his first beard.

“My maiden voyage,” he said.

Both cite their selections as a memorable moment in their lives.

Judice said a dinner held for Gabriel’s past kings was enlightening.

“When you look out into the audience, the history of Lafayette is in that room," Judice said. "It’s an honor to be there. I was humbled.”

The royal wish for their Lafayette subjects is a safe, sane Mardi Gras with lots of fun.

“I’m looking forward to the float ride for sure, and the King’s Luncheon — seeing my family presented and sharing it with them,” Judice said.

Guilliot said she can't wait to attend the events with her maids, whom she’s known since childhood, especially the ball.

He also issued his first royal edict: “We’re not going to have rain.”