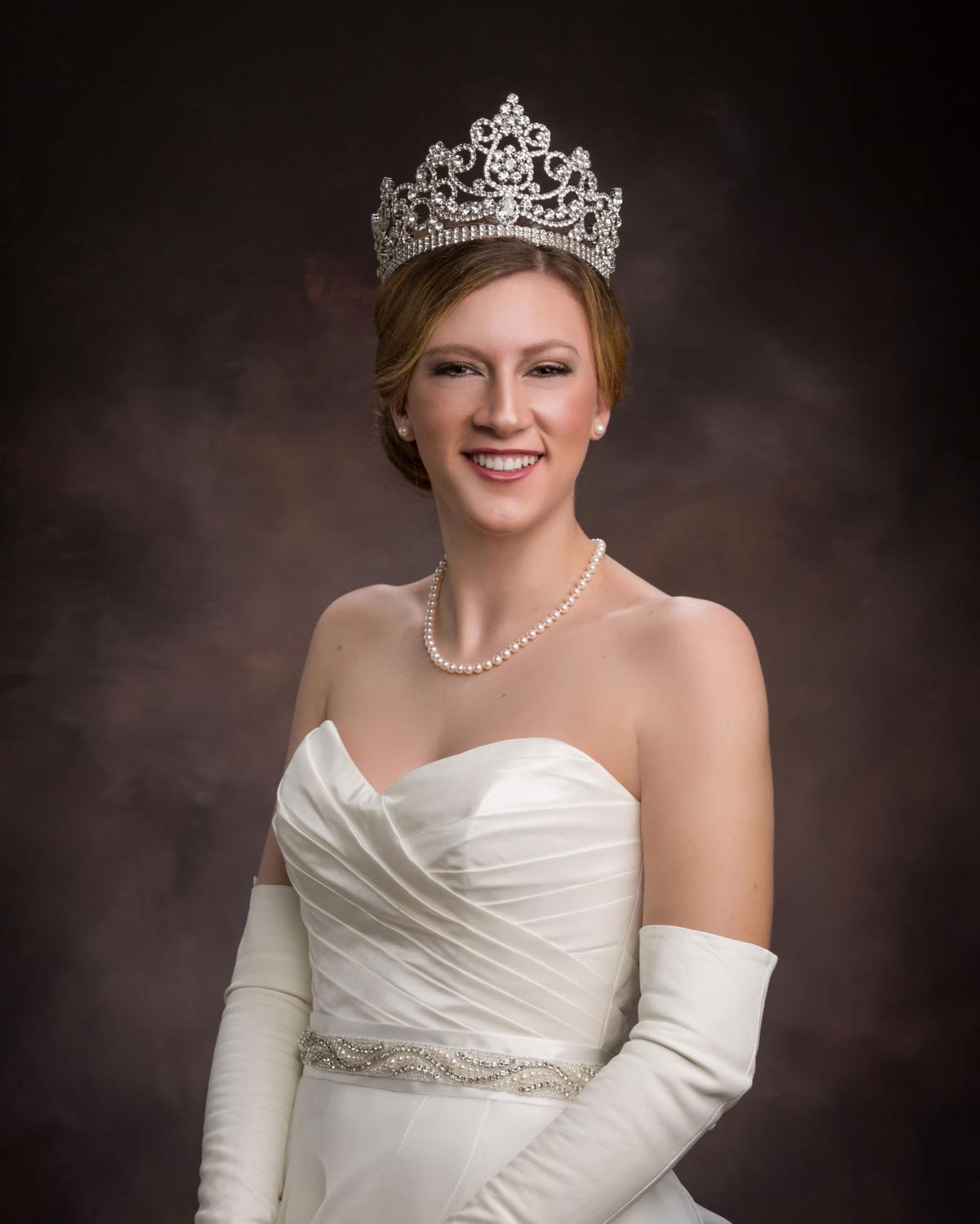 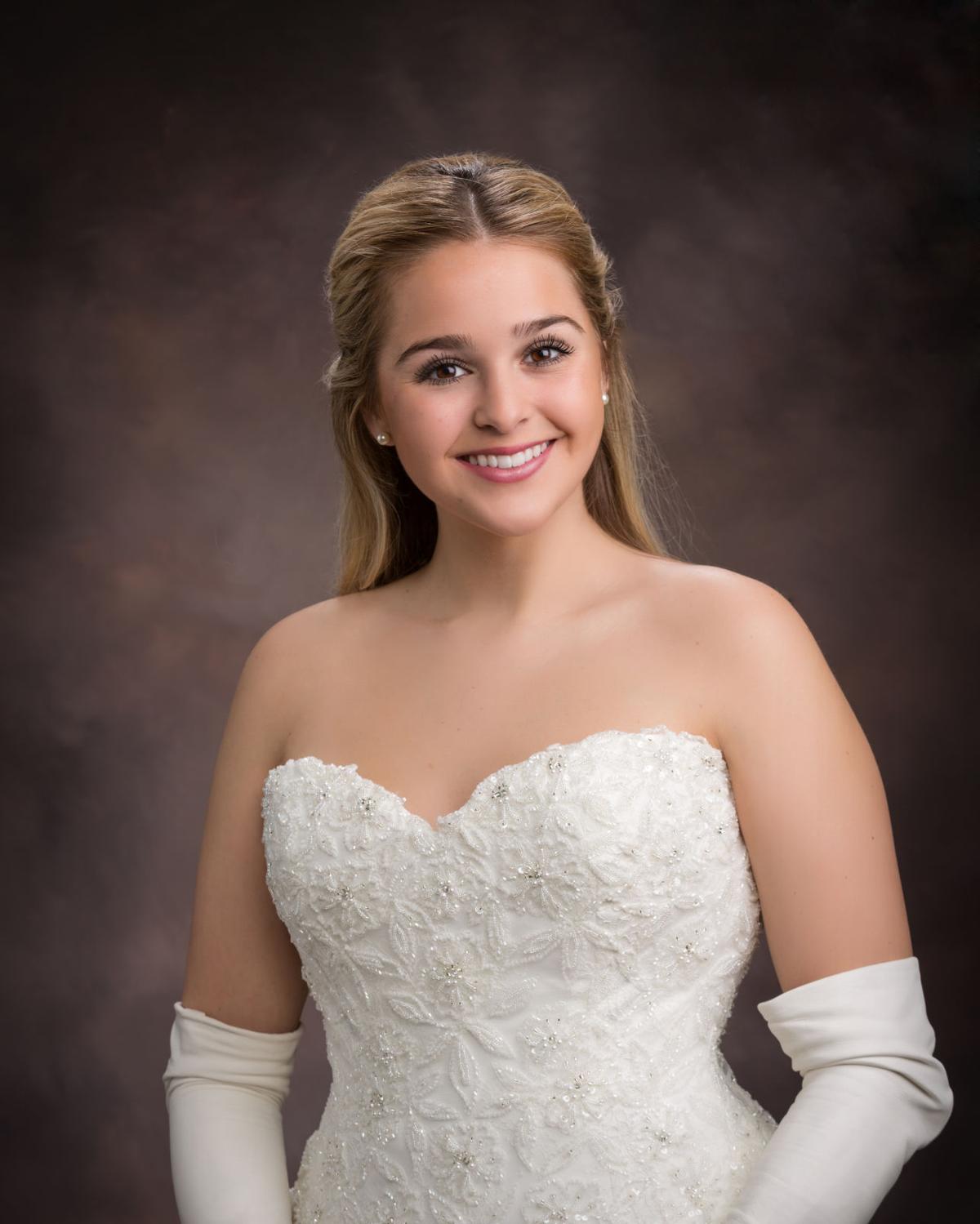 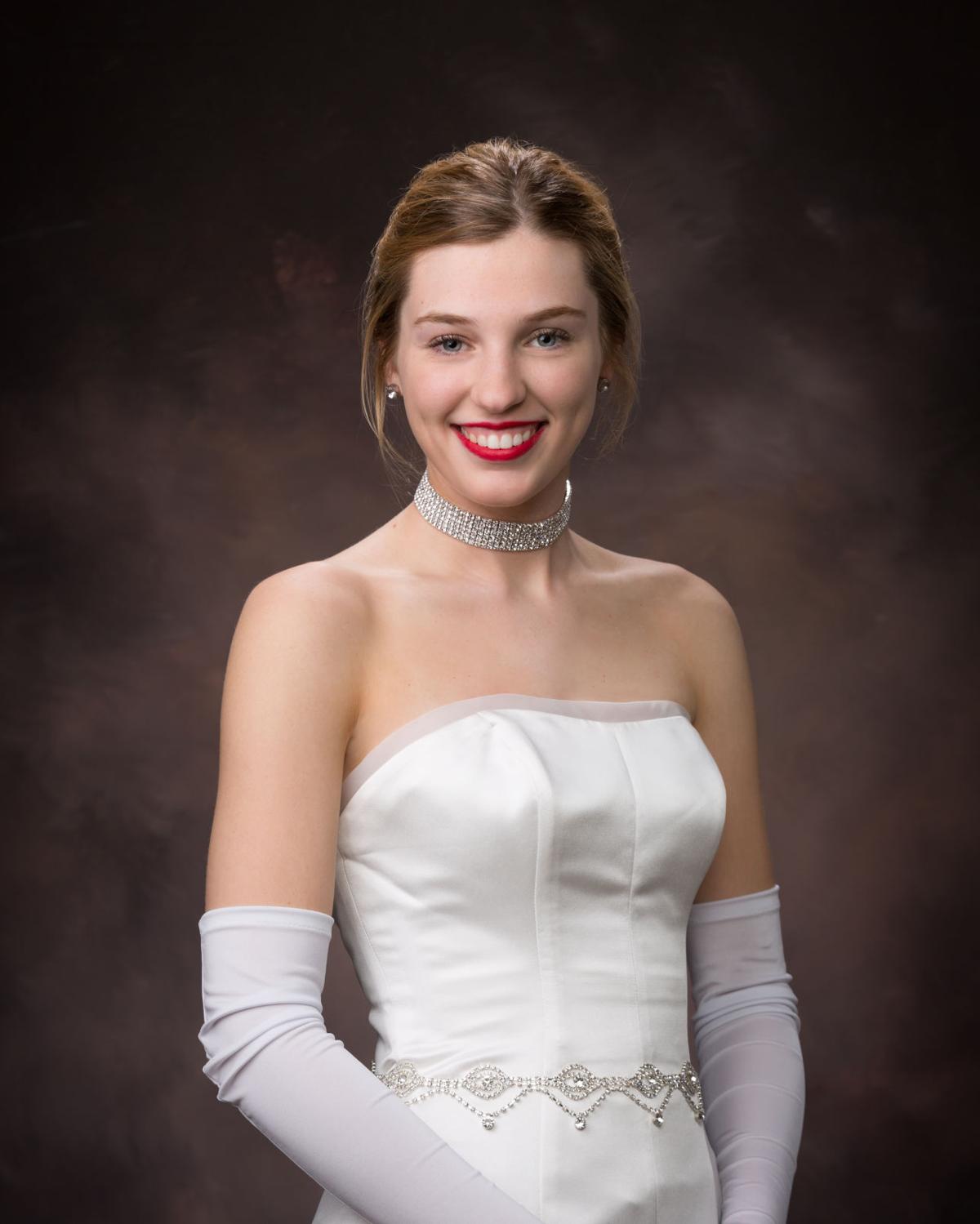 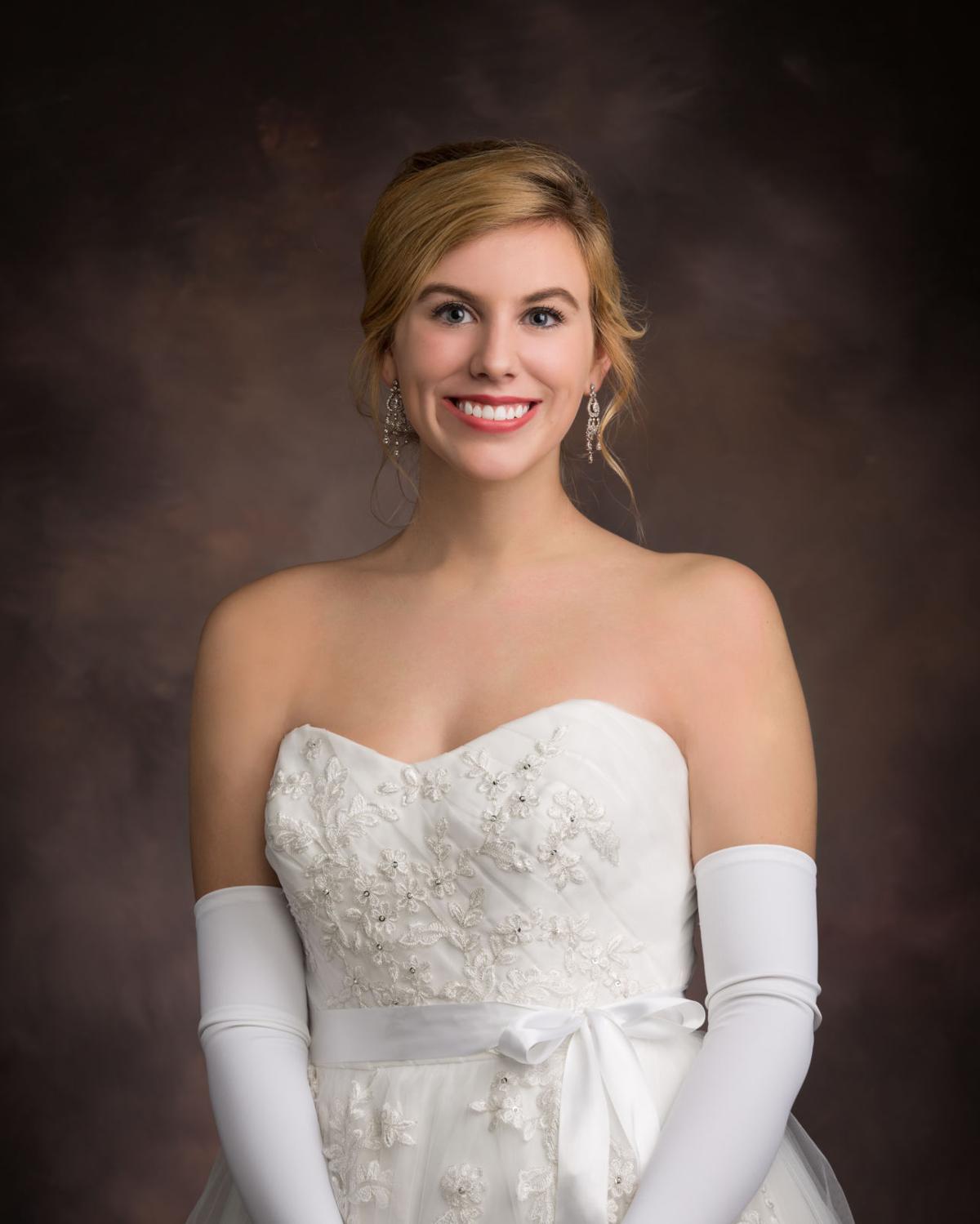 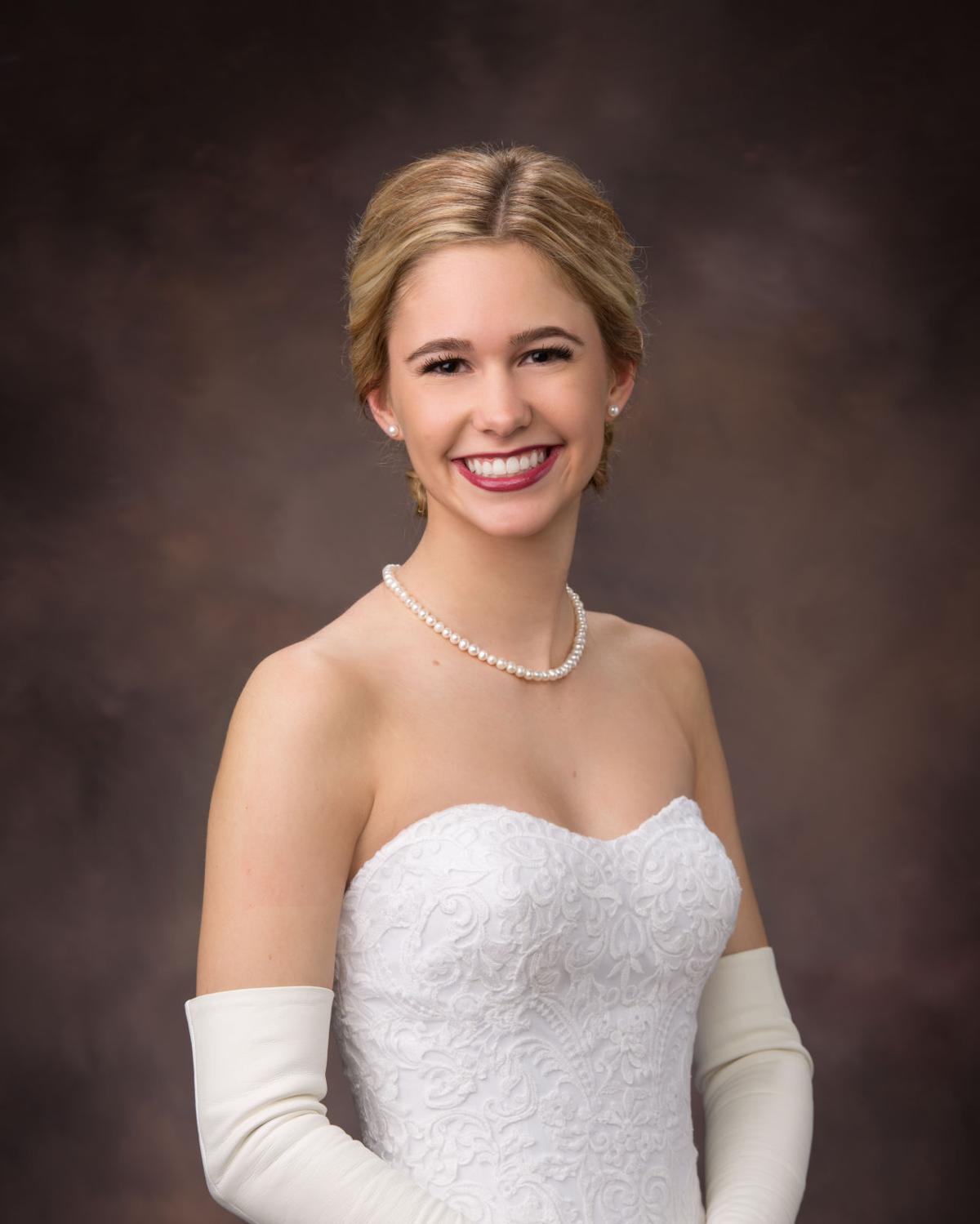 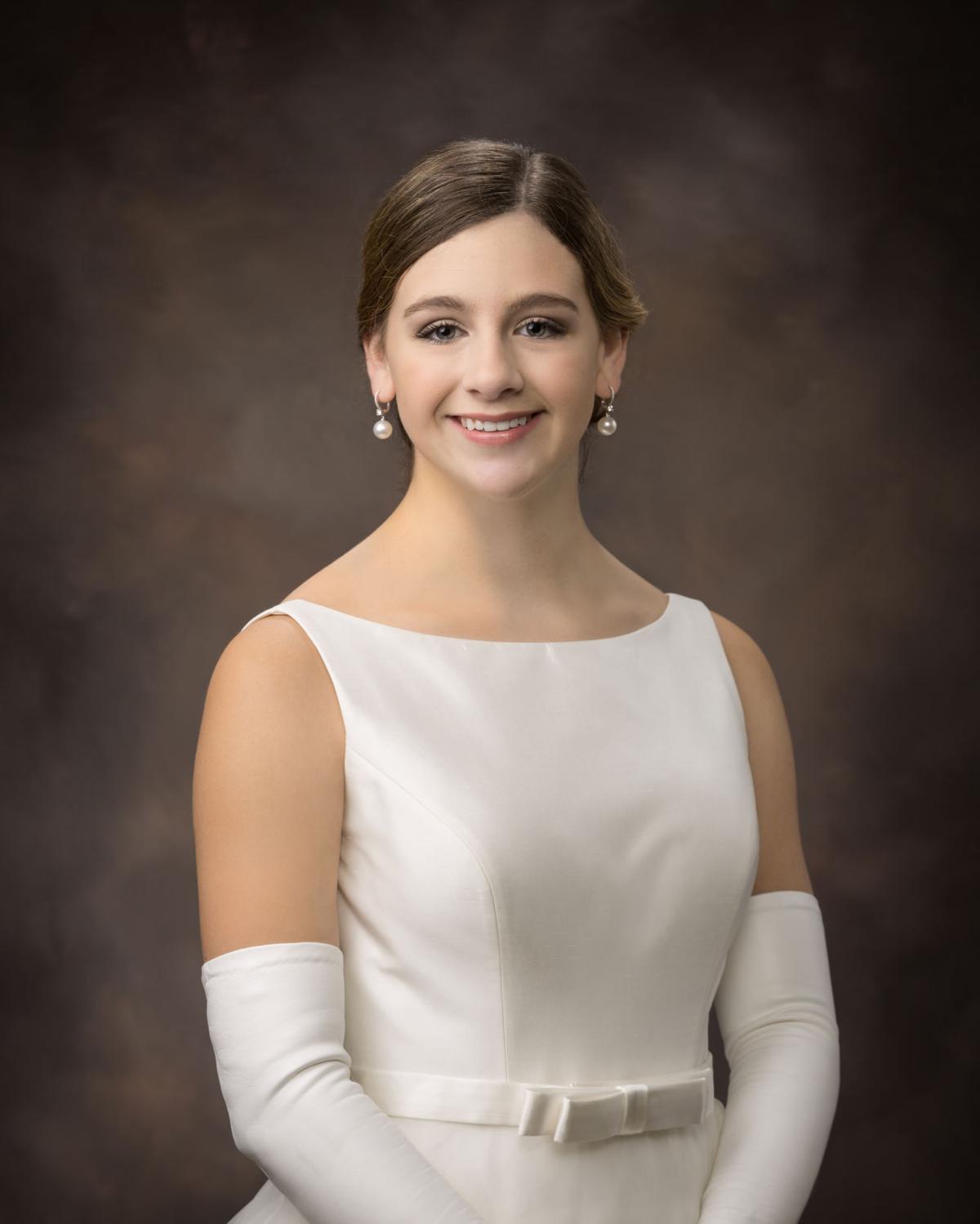 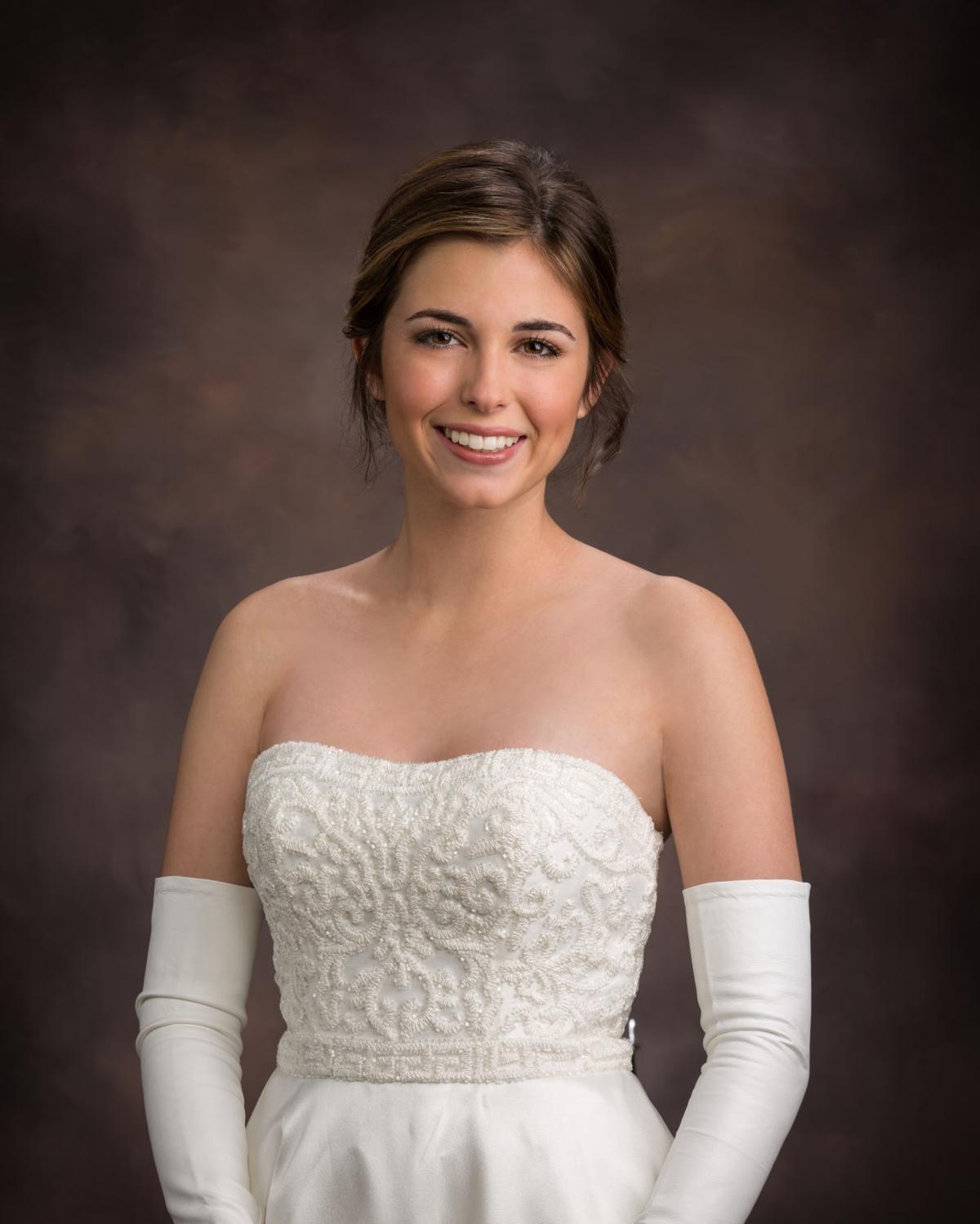 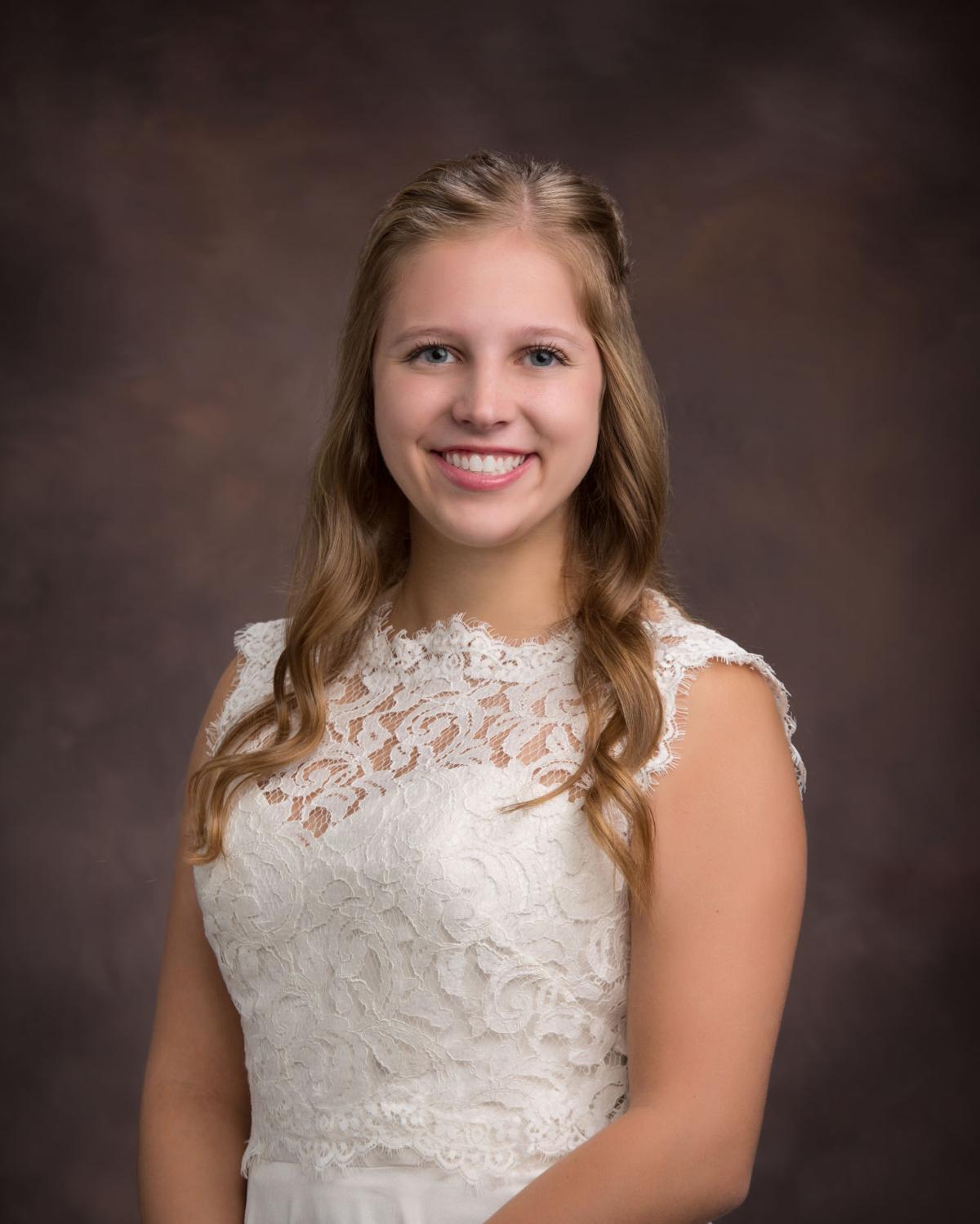 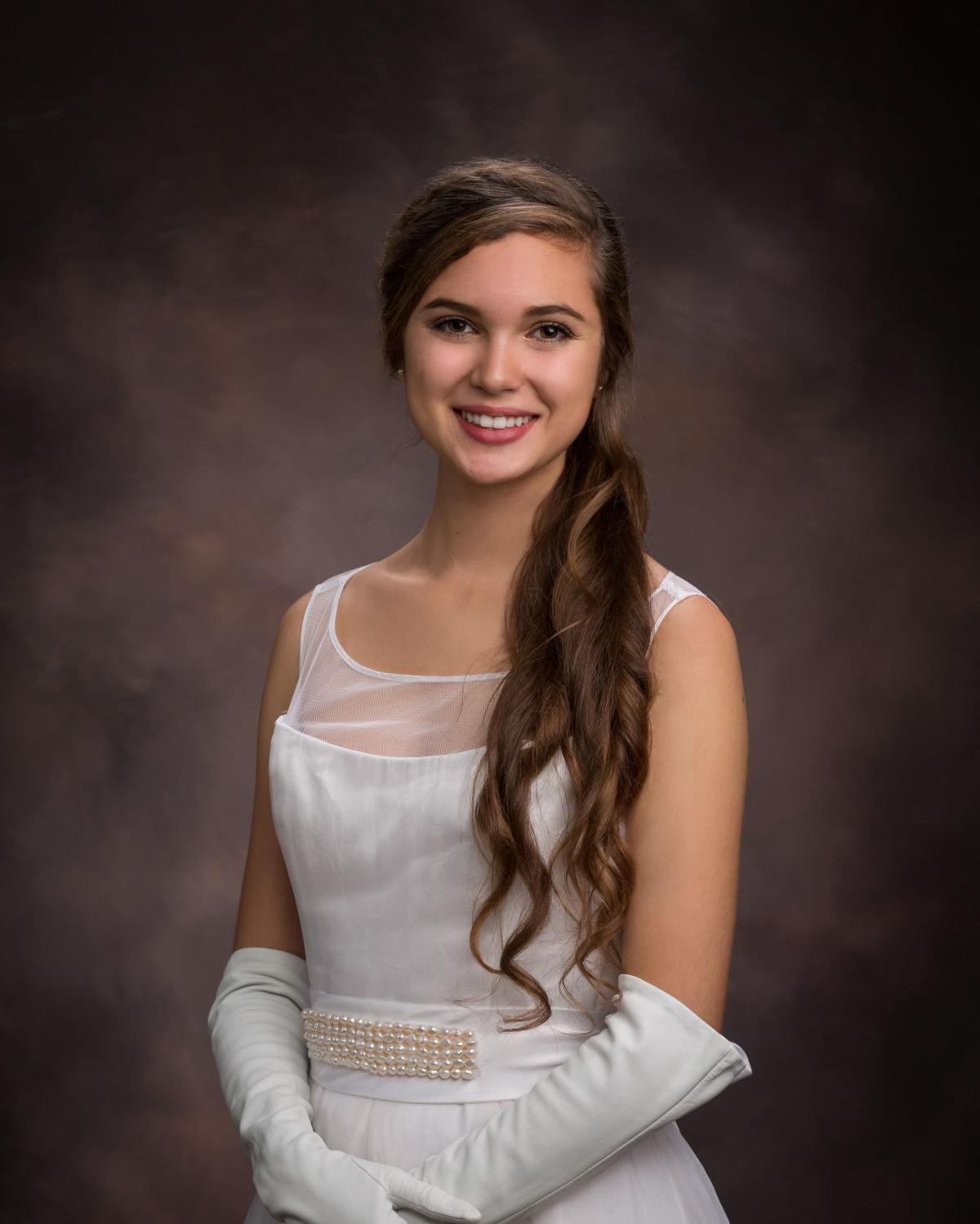 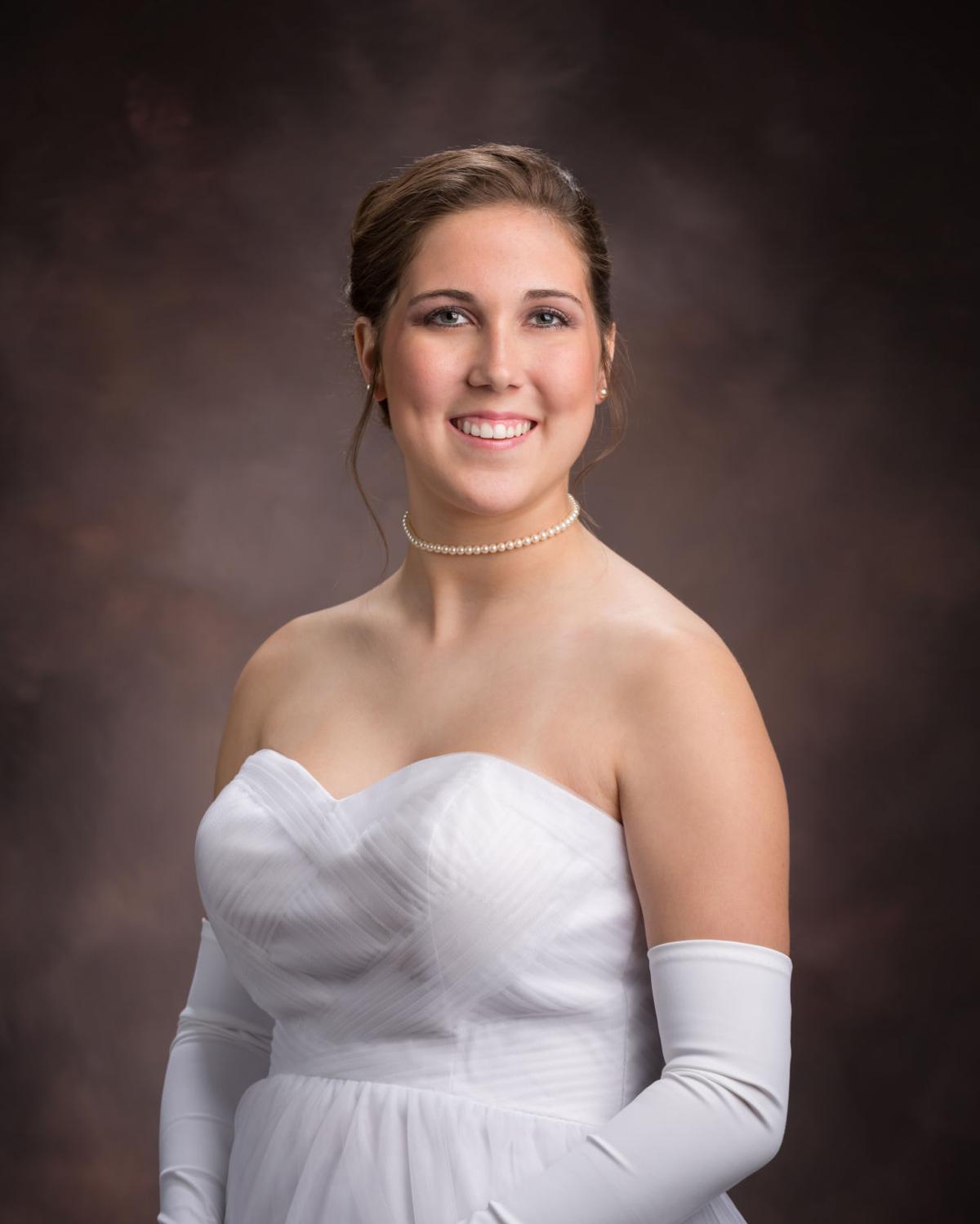 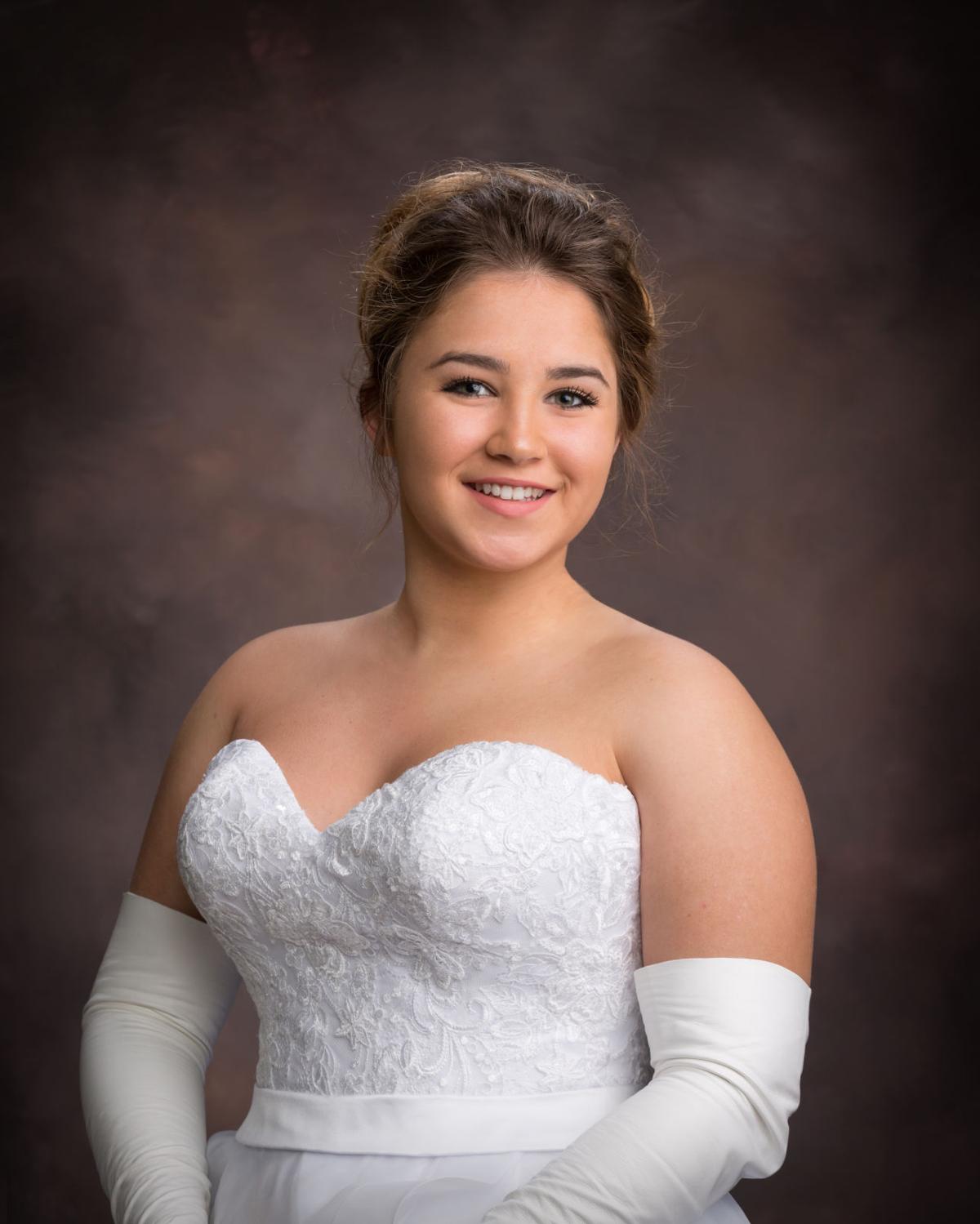 The theme for this year’s ball was “Back to the Future,” and a replica of this year’s doubloon hung over center stage. As the guests arrived, they were greeted by the chairman of the floor committee, Sterling Lejeune, who provided escorts to their seats in the callout section.

The celebration began with the traditional captain’s whistle, and Jean Lafitte entered tossing necklaces and patriotic trinkets to the guests, followed by his trusted pirate officers carrying a huge pirate chest filled with treasures and gifts for the ladies assembled. Lafitte’s handpicked governors entered, leading the fearless brigands (their identity hidden under colorful uniforms and behind full-face masks) who paraded around the large dance floor tossing necklaces to the crowd. The ballroom slowly darkened and the Queen of Les Brigands 2016, Caroline Annabel Kallam, was recognized. All former queens in attendance also were acknowledged to the assembled audience.

The dukes, each representing notable figures from the past and future, paraded to the stage. A space ship illuminated with lasers and electronic lighting carried in the king, Capt. James T. Kirk.

The Queen of Les Brigands de Lafitte, Aimee Christine Blanchet, and the royal maids were then presented.

The queen is the daughter of Bill and Rebecca Blanchet and is a senior at St. Thomas More Catholic High School, where she is an honor roll student and serves as senior class representative on the student council. She is a four-year member of the school's volleyball team, served as co-captain of the junior varsity team and received Academic All-State for volleyball. She is a member of Campus Ministry and Right to Life Club. She is an Options mentor, FCA member and STM student ambassador. She has traveled to Puerto Rico to do mission work and volunteers as a tutor at Holy Family School. She is a member of the Crossroads and Light retreat teams and has served on the Hopefest committee.

Royal Maid Sophie Marie Bech is the daughter of Martin and Michelle Bech and is a senior at St. Thomas More Catholic High School, where she was a member of the homecoming court. She has been a member of the Beta Club and Student Council and served as vice president of her freshman, sophomore and junior classes. Sophie is a three-year academic letterman while following an all honors and advanced placement curriculum, including AP art, of which she excels as one of STM’s advanced student artists. She is a Quest Retreat Team leader, a Lite Team Leader and a four-year member of the Campus Ministry.

Royal Maid Zoë Marie Billeaud is the daughter of Richard and Lexi Tullous and is a senior at Teurlings Catholic High School, where she is the captain of forensics speech and debate and qualified for the Catholic Forensic League national tournament. In 2016, she ranked third in the state in public forum debate. She is a member of the Art Club, Key Club and Quiz Bowl team.

Royal Maid Elizabeth Anne Bourgeois is the daughter of Marcel and Lauren Bourgeois and is a senior at St. Thomas More Catholic High School, where she is a Gold Honor Roll member. She also was awarded academic letterman honors. Elizabeth has been a member for the past four years and presently serves as captain of the Maroon cheerleaders. She also served as captain of the junior varsity squad. She was awarded Top Tumbler and All American at Universal Cheerleaders Association camp. Last year, she competed with her team at UCA Nationals in Orlando, Florida. Elizabeth is a member of the Beta Club, Science Club, Campus Ministry, Options Mentor, Quest Retreat Team and National Honor Society, and she was a member of the 2016 Homecoming Court. Elizabeth has been involved in Habitat for Humanity and Games of Acadiana.

Royal Maid Lauren Marie Guilliot is the daughter of Jerry and Mary Gretchen Guilliot and is a senior at St. Thomas More Catholic High School. Lauren has received the STM Breakfast of Champions Award in 2013, 2014 and 2015. She won the STM Top Cat Award in 2013 and is a four-year member of the Beta Club. She also has worked on the yearbook staff and is a member of the French Club and Campus Ministry Team. She is Quest Retreat Team Leader and a member of the Cougar Dance Team as well as team secretary. She was nominated Universal Dance Association All-American Dancer at UDA Dance Camp 2016 and will travel to Puerto Rico on a mission trip in April.

Royal Maid Aubrey Claire Hurley is the daughter of Dan and Laura Hurley and is a senior at St. Thomas More Catholic High School. Aubrey is a four-year honor roll student and a member of the National Honor Society. She has been a member of Campus Ministry for four years, serving as Light Retreat Team leader and Quest Retreat Team leader in addition to serving on the Hopefest committee. She is a member of the National Beta Club, is a school student ambassador and was selected as a STM Breakfast of Champions honoree. She has received superior plus ratings in piano for the past 12 years at the federation festivals.

Royal Maid Truley Alyse Juneau is the daughter of Tommy and Karen Juneau and is a senior at St. Thomas More Catholic High School, where she is a four-year Excellence Honor Roll student, an academic letterman, a member of National Honor Society and Beta Club. She was a junior varsity cheerleader her freshman and sophomore years. Truley has been a member of Campus Ministry for four years and serves on the Senior Action Leadership Team and Cougars for Life. She participated in the mission trip to Puerto Rico and is a volunteer at St. Joseph’s Diner and the Women’s Center of Lafayette. She is a student ambassador, member of the Spanish Club, served on the Pep Rally and Hopefest committees.

Royal Maid Madison Camille Leonard is the daughter of Christine and Jesse Lee Leonard IV and is a senior at St. Thomas More Catholic High School, where she is an honor roll student and a member of campus ministry. She is a member of the Spanish Club and the Science Club and a member of STM Light Team.

Following the grand march and court dance, members of the floor committee called out the names of the ladies invited to dance with the masked pirates. General dancing followed to the music of Jet 7.