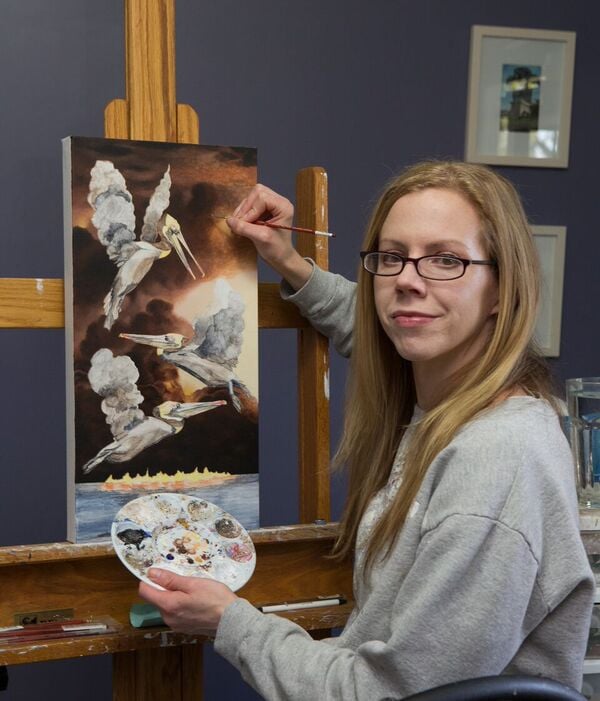 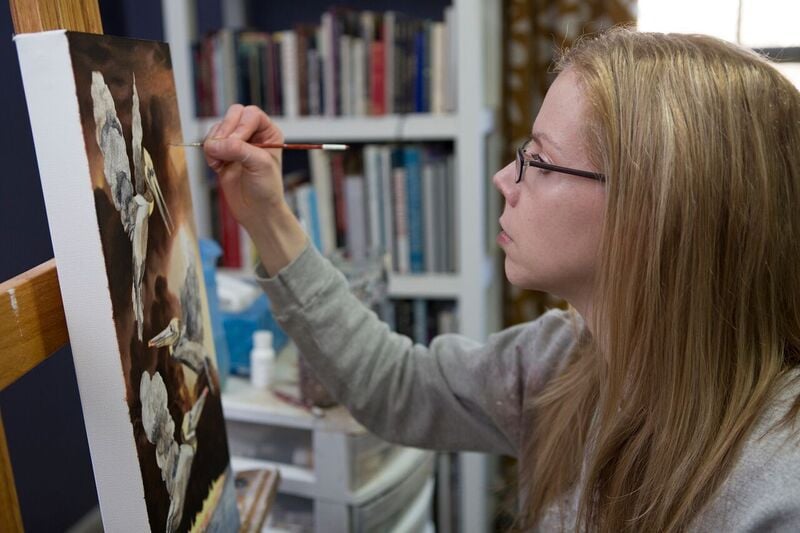 In her paintings — this one is called 'Crutch' — Amy Guidry turns her surrealistic eye on habitat destruction. 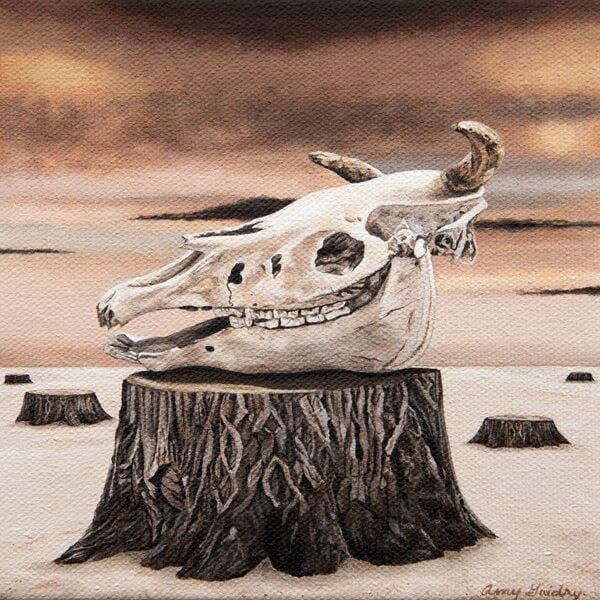 'On the Rise' by Amy Guidry sums up the result of global warming.

In her paintings — this one is called 'Crutch' — Amy Guidry turns her surrealistic eye on habitat destruction.

'On the Rise' by Amy Guidry sums up the result of global warming.

For Amy Guidry, a day of reckoning is fast approaching. In fact, it may already be here.

“We’re all part of the animal kingdom. If we have no planet, what will we have then?" she says. “It’s not enough to put your recycling out and call it a day.

“We need to snap to in short order.”

A surrealist who paints illogical scenes with photographic precision, the Slidell native who lives in Lafayette studied art at Loyola and has been producing her series “In Our Veins” since 2009. She continues in that same vein.

“On the Rise” is an instant conduit and easily read as geared toward climate change. “Encroach” is straightforward about habitat destruction. Other work is more subtle.

“Innuendo is seen as a better approach in the art world. You can be too direct,” she says.

As a child, Guidry, 40, was impressed by Magritte and Dali, and coupled with an interest in psychology, surrealism was a natural fit. Her work has become progressively more so.

“What will happen if we don't handle clear-cutting and the other species? Barren land," she says. "Now I really want to up the ante and get these points across.”

She also likes for the viewer to question and hold their own inner dialogue. For example, there's the question of anonymity vs. connection: If you don’t know it on a personal level, does it matter?

She perceives the problem as political as well as personal.

“I see it all the time. People aren’t there to see what other people are going through," she says. "Just because you can’t see them, are they any less important?

“It’s easy to remove ourselves, but now we are experiencing things personally. Some just haven’t wised up yet.”

Guidry has work at the Krause Gallery in New York and La Luz de Jesus in Los Angeles (“The lowbrow gallery,” she says with a laugh). She has shown in “Louisiana Voices” at the Paul and Lulu Hilliard University Art Museum in Lafayette, and is represented by LeMieux Galleries in New Orleans, where her work will go up on June 3. She also has been invited to an online exhibition by Scottish surrealist Tim Maclean and is creating a piece for WOW x WOW in September. Public collections include the Alexandria Museum of Art, the Cedar Rapids Museum of Art in Iowa, the city of Slidell, The Schepis Museum in Columbia (Louisiana) and the Zigler Art Museum in Jennings.

“Blue chip galleries show Dali, lowbrow galleries show pop surrealism, graffiti and street art,” she says. “There are more female surrealists than you would think, particularly on the West Coast and in the Pacific Northwest.”

“I have to create the work that’s true to me; hopefully, that’s enough to compel someone to own it. My approach is to convey in an aesthetically pleasing manner. You want people to have something to put on their walls," she says, "but I am making a statement.”

Given her work makes frequent use of both human and animal bones, she uses a skeleton model and says animal skulls aren’t hard to come by.

“If biologists saw my work, they’d point out the inaccuracies,” she says with a laugh. “There’s some artistic license, a lot I can get away with.”

Guidry uses extremely tiny brushes with just a few bristles that don’t last long. She mixes all her own colors, even black, and must make sure she has enough the first time around. A gel medium provides a glossier sheen.

There is a sense of urgency about her work that has nothing to do with the paint.

“If you look at graphs, everything accelerated after the Industrial Age," Guidry says. "We’re capable of destruction but also absolutely amazing things. We can live in harmony in a responsible manner.”

She also points out that artists ask the questions, but they’re not necessarily providing the answers.

“I don’t know what people get, and I don’t want them to view a painting and walk away. There are more topics, more ways to get it through to them. I don’t see an end in sight.