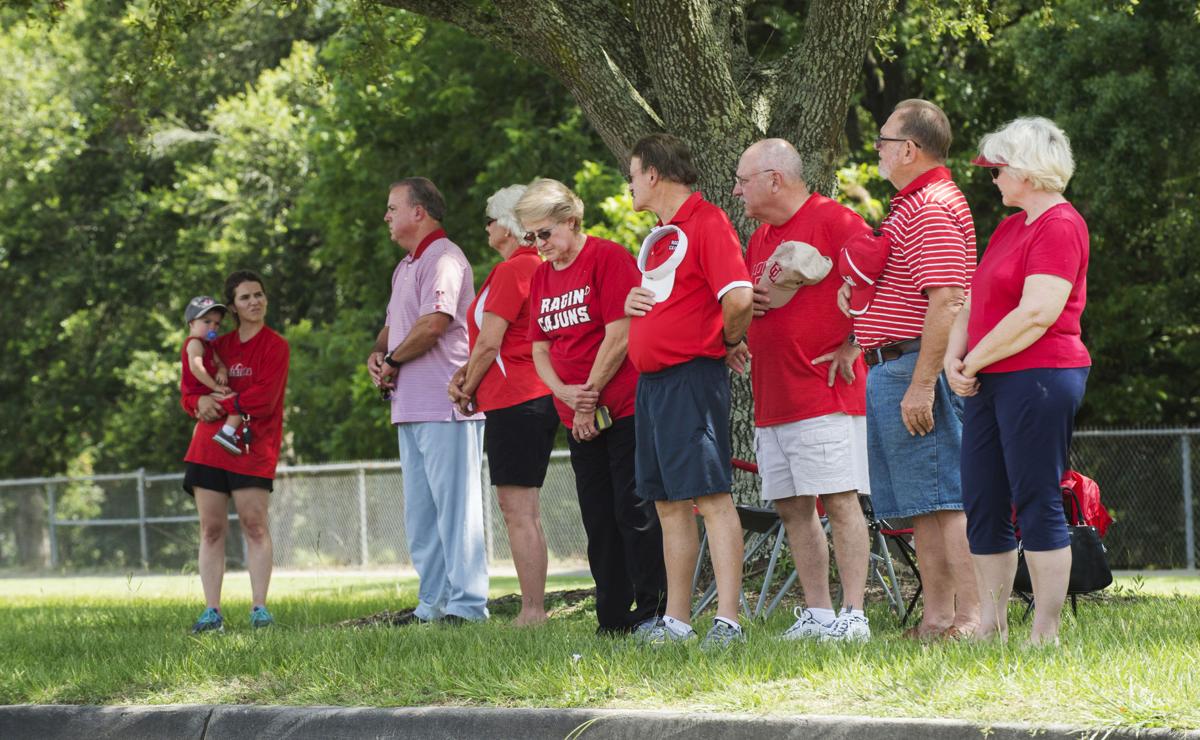 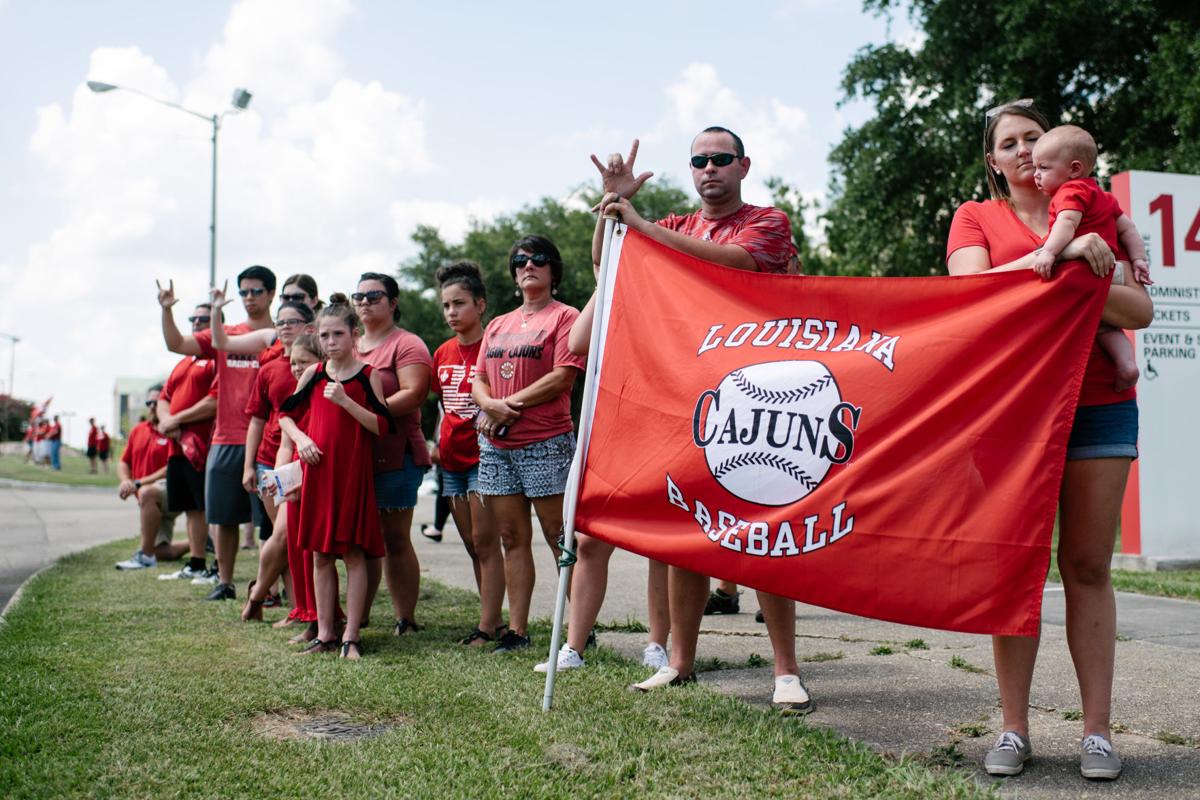 UL fans observe as the funeral procession for UL head baseball coach Tony Robichaux proceeds along Cajundome Boulevard near the UL Athletics Complex on July 8, 2019 in Lafayette, LA. Robichaux, whose tenure at UL began in 1995, died on July 3 following complications from a heart attack on June 23. 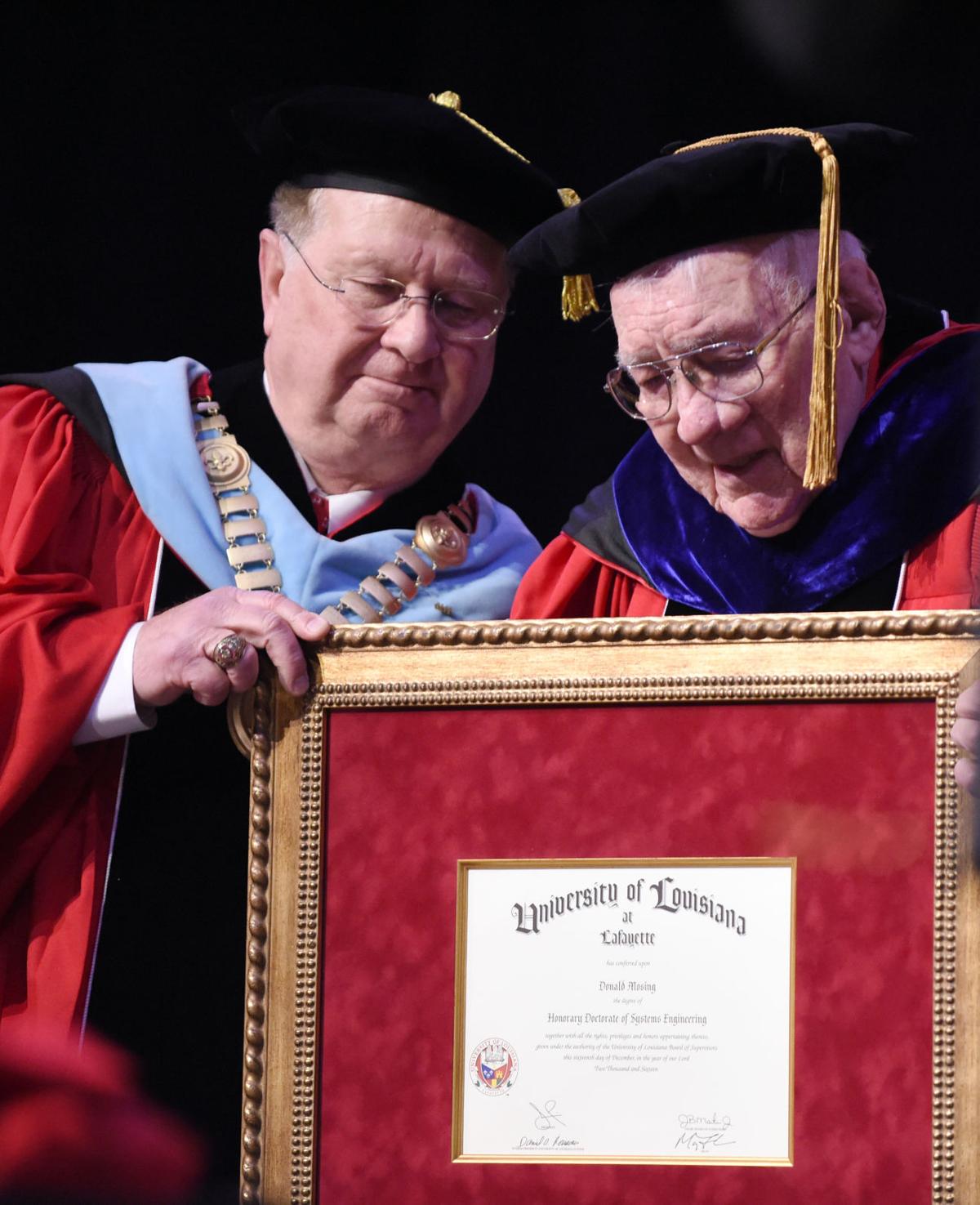 Dr. Joseph Savoie, president of the University of Louisiana at Lafayette, left, presents an honorary doctorate in systems engineering to Donald Mosing during 2016 Fall Commencement General Assembly Friday, December 16, 2016, at the Cajundome in Lafayette, La. 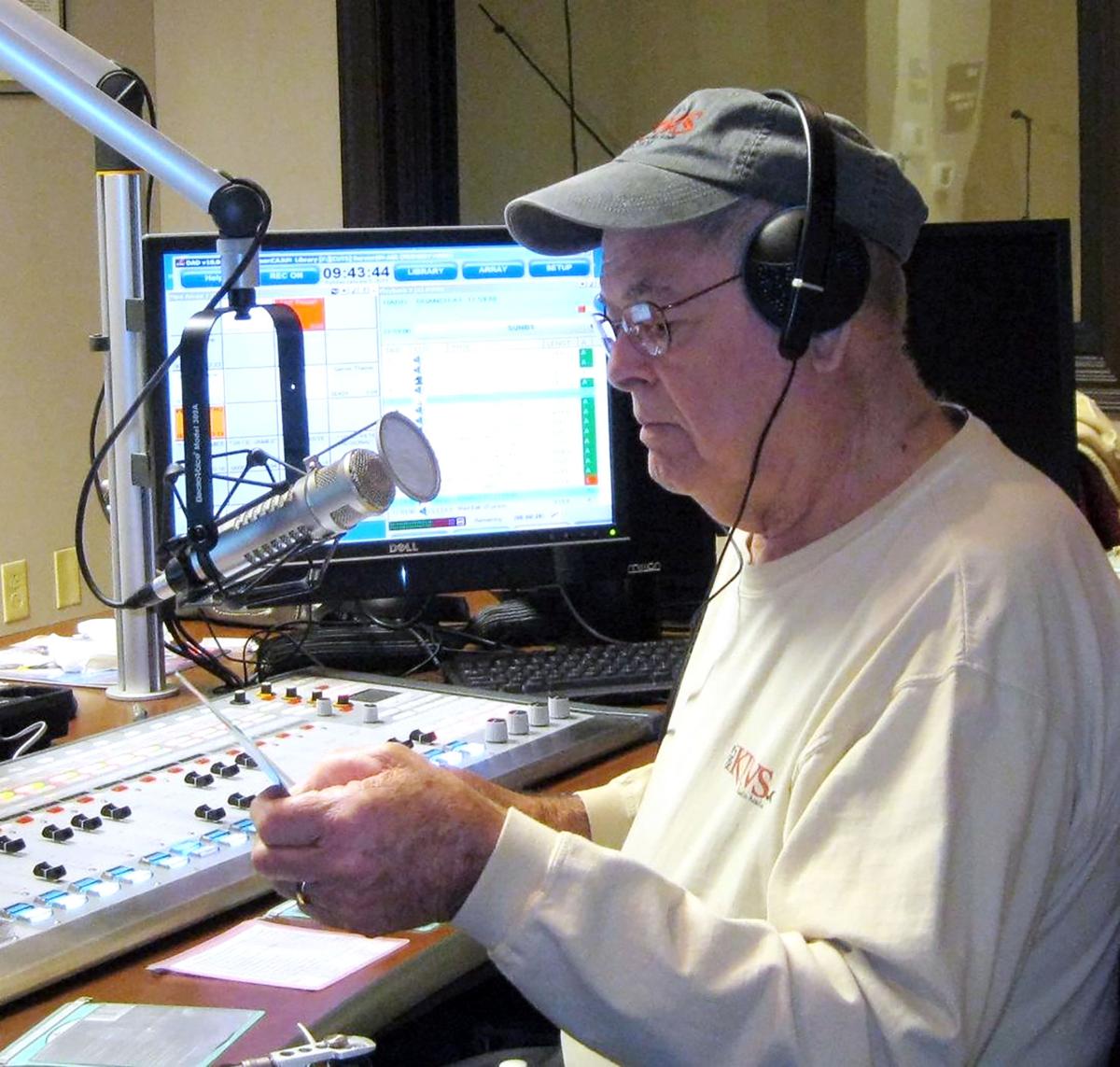 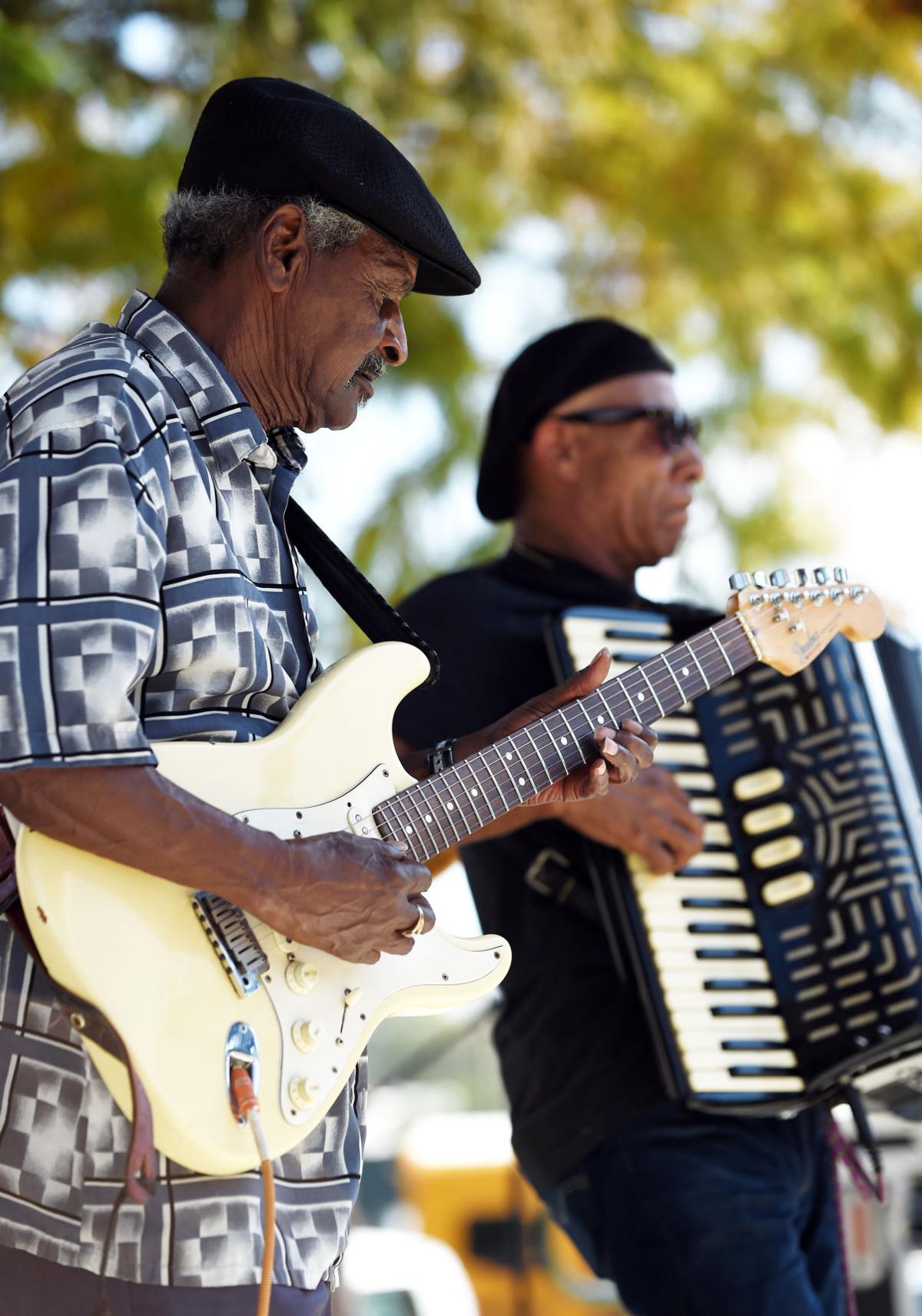 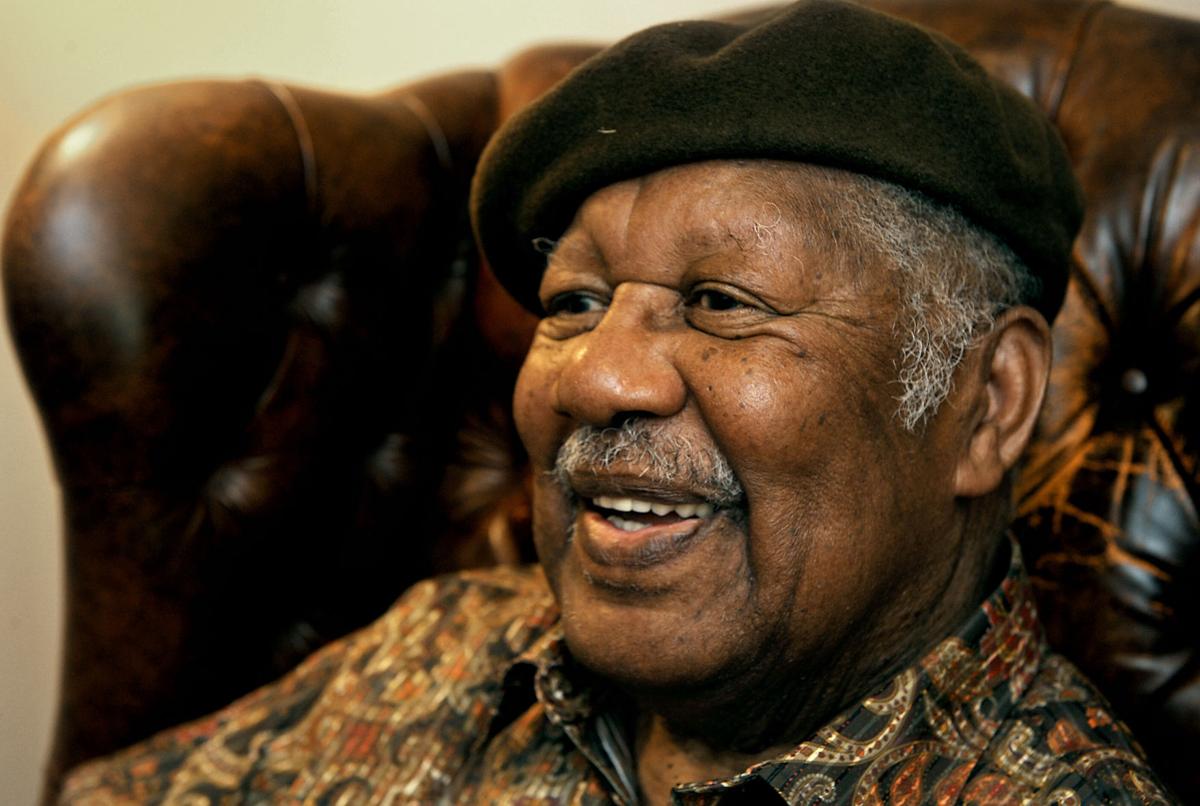 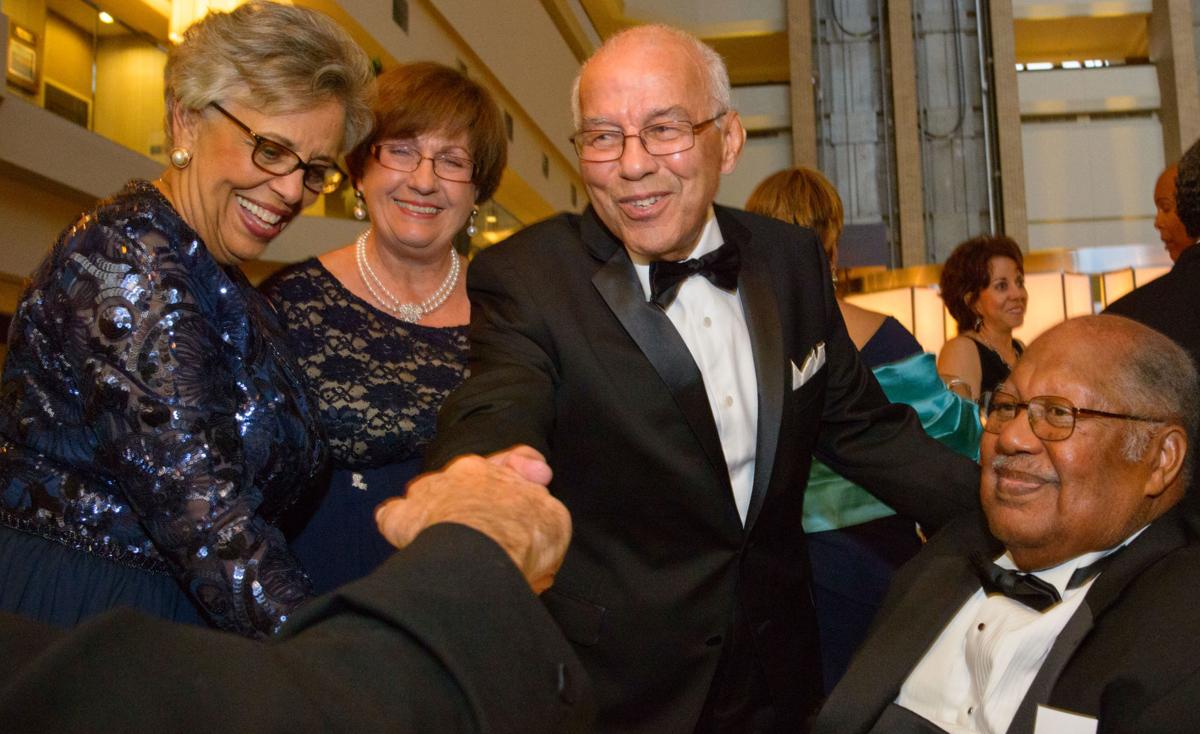 UL fans observe as the funeral procession for UL head baseball coach Tony Robichaux proceeds along Cajundome Boulevard near the UL Athletics Complex on July 8, 2019 in Lafayette, LA. Robichaux, whose tenure at UL began in 1995, died on July 3 following complications from a heart attack on June 23.

Dr. Joseph Savoie, president of the University of Louisiana at Lafayette, left, presents an honorary doctorate in systems engineering to Donald Mosing during 2016 Fall Commencement General Assembly Friday, December 16, 2016, at the Cajundome in Lafayette, La.

We will keep the memories of those we treasure. In Acadiana, that includes these six people: Gov. Kathleen Blanco, author Ernest J. Gaines, musician Lil’ Buck Sinegal, radio host and Cajun musician Gurvais Matte, industry leader Donald Mosing and baseball coach Tony Robichaux. We know there are countless others that our readers might add to any list of those gone too soon.

The governorship, 2004-2008, capped off Blanco’s quarter-century of public service, which included years of toil, as well, in the Legislature, at the Public Service Commission and in the lieutenant governor’s office.

The Iberia Parish native, a graduate of Mount Carmel Academy in New Iberia and the University of Southwestern Louisiana, did most important work first — she was a devoted wife and mother of six — before she took on, with relish, the challenge of state politics.

With each step toward the governorship, she identified Louisiana needs and sought to fill them: alleviating poverty, funding education, boosting state tourism, seeking jobs and protecting wildlife. She was supremely qualified for the chief executive’s job by the time she acquired it — she weathered the coastal hurricanes of 2005 and their demands on her energy — and appeared relieved to pass the responsibility of the state’s highest office to her successor.

In retirement, she remained a familiar face around Lafayette, someone you might meet at the grocery store or in a local restaurant, the same dedicated mom, good neighbor and friend she was before she launched statewide political campaigns.

With her health failing, accolades rolled in almost to her death on Aug. 18. She died at 76 and likely appreciated the universal honors and respect that had been slow in arrival, but were well earned.

Born on the same Point Coupee Parish plantation where his ancestors once toiled, Ernest Gaines left Louisiana for the West Coast and higher education. But the lure of hardscrabble, segregated Louisiana and the lessons he gleaned growing up there pulled him back home to write his greatest works.

Gaines died Nov. 5 at 86, not far from where he was born. His intellectual journey was long and fruitful, leading him to write masterpieces like "The Autobiography of Miss Jane Pittman," "A Gathering of Old Men" and "A Lesson Before Dying." He also taught creative writing as writer-in-residence at the University of Louisiana Lafayette for more than two decades.

Colleagues recalled Gaines with a penchant for writing what was true. Students recalled his classes as awe-inspiring, though his critiques, they said, could be bruising. He set the bar high.

His wife recalled him as a kind and good man and said, “People wanted to be around him.”

People in Point Coupee Parish. And beyond.

Paul Alton “Lil’ Buck Sinegal was born in Lafayette and died here June 10, but his skills with the guitar — he primarily played zydeco and blues — took him on tour around the country and to Europe. He was 75.

Allen Toussaint called him the “Gentle Giant of Guitar,” and the respect he gained among fellow musicians led to him touring with Clifton Chenier, Buckwheat Zydeco and Rockin’ Dopsie and playing with Stevie Ray Vaughn and Paul Simon. His own instrumentals included “Cat Scream” and “Monkey in a Sack,” which he recorded for the La Louisiane label in the 1960s.

A session musician and leader of his own band, Sinegal was said to have played on hundreds — perhaps thousands — of recordings, friends said. He was a regular at Jazz Fest and was inducted into the Louisiana Blues Hall of Fame.

The Church Point native was a regular musician at Prejean’s Restaurant for 39 years and hosted a popular Sunday morning Cajun French radio program, Dimanche Matin, on KRVS for some 25 years. He recorded with the Branch Playboys.

Matte was lauded for encyclopedic knowledge of Cajun music and musicians and for his rich mastery of Cajun French language.

“Prejean’s lost a very dear friend this weekend,” Prejean’s wrote on Facebook. “He has blessed our restaurant with his charm and musical talent for nearly 40 years! Gurvais was there when we first opened our doors and will never be forgotten.”

Donald Mosing, an accomplished engineer and former president of Frank’s Casing Crew, his father’s company, died May 31 at 90.

A graduate of Southwestern Louisiana institute — he earned a degree in mechanical engineering — he held 54 patents issued by the U.S. government, including one for power tongs that were reported to be “industry standard-setting.”

He retired from Frank’s Casing Crew in 2011 but kept a frequent and revered presence at the office.

Mosing, who moved with his family from Oklahoma to Lafayette at age 10, played football and track in college. He remained a devoted alumnus, supporting the Donald and Janice Mosing Student-Athlete Performance Center, the Frank & Janice Mosing Football Office and the Frank and Jessie Mosing Endowed Engineering Student Career Development Program. He endowed a chair in the engineering department and funded other facilities and scholarships.

Honors included the 2011 World Oil Magazine Lifetime Achievement Award. He was named LAGCOE Looey for the Louisiana Gulf Coast Oil Exposition and received an honorary doctorate in systems engineering from the University of Louisiana at Lafayette.

Baseball coach Tony Robichaux packed a lot of life into 57 years, including a decorated career as a longtime winning coach at the University of Louisiana at Lafayette. But that was only part of the story.

Robichaux, who played for the University of Southwestern Louisiana, returned to campus to lead the baseball program for 25 years, taking the team to a place in the College World Series and achieving a No. 1 ranking for much of a season. Accolades piled up for the coach, his team and his players.

But the rest of the story was the impact that Robichaux, an outspoken Christian who died from heart problems July 3, had on the lives and characters of the young men who played for him.

John Lett has been an LSU football fan for decades, ever since he moved from Missouri to Baton Rouge to get his degree from the college. And e…

Demolition work begins on building to house Handy Stop Market & Cafe, which will open this spring

Demolition has begun on the downtown Lafayette building that will Handy Stop Market & Cafe, which is expected to open this spring.

Shadows of the legends: 6 notable Acadiana people who died in 2019

Sadie Polk, human resource manager for Samson Rope Technologies, was named Human Resource Professional of the Year by the Acadiana Society for…

Cross Culture: Haggard Bucks was a great name for one local band, but then Merle Haggard's estate disagreed

Former Gov. Kathleen Blanco sent off with funeral Mass in Lafayette and burial in Grand Coteau