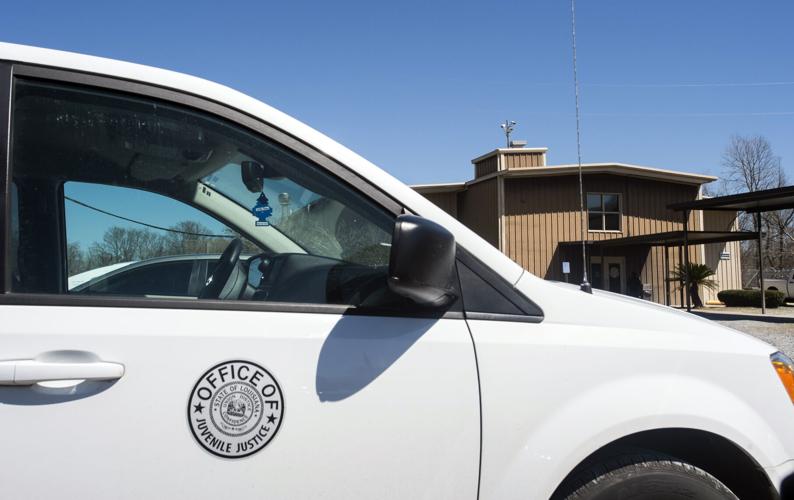 An Office of Juvenile Justice vehicle is parked outside the Acadiana Center for Youth juvenile facility Thursday, March 10, 2022, near St. Martinville, La. 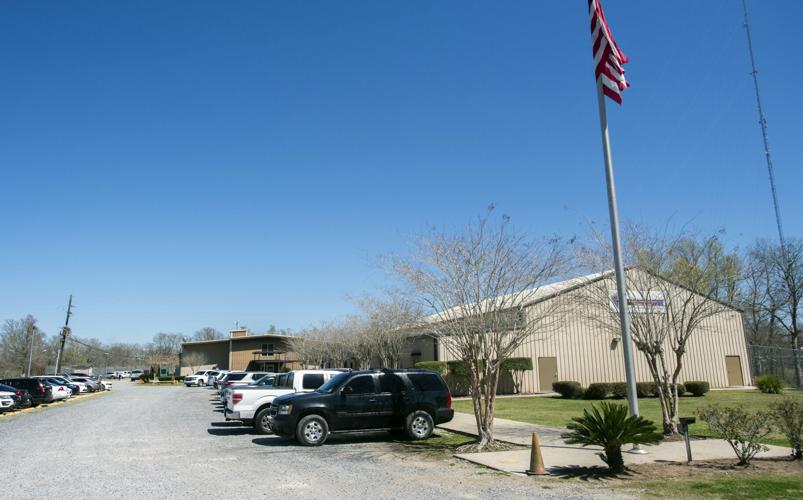 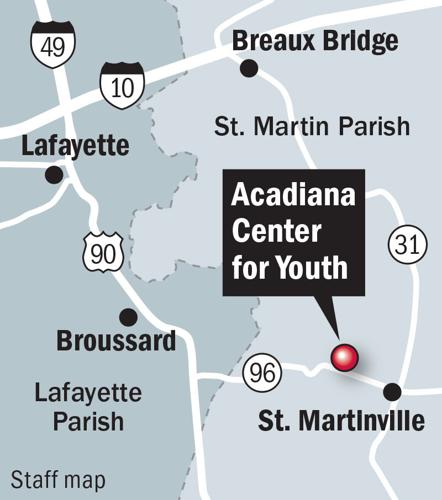 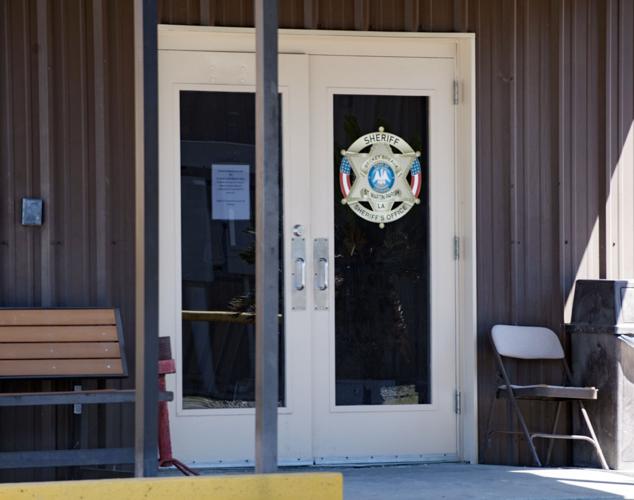 The main entrance to the Acadiana Center for Youth juvenile facility is pictured Thursday, March 10, 2022, near St. Martinville, La. 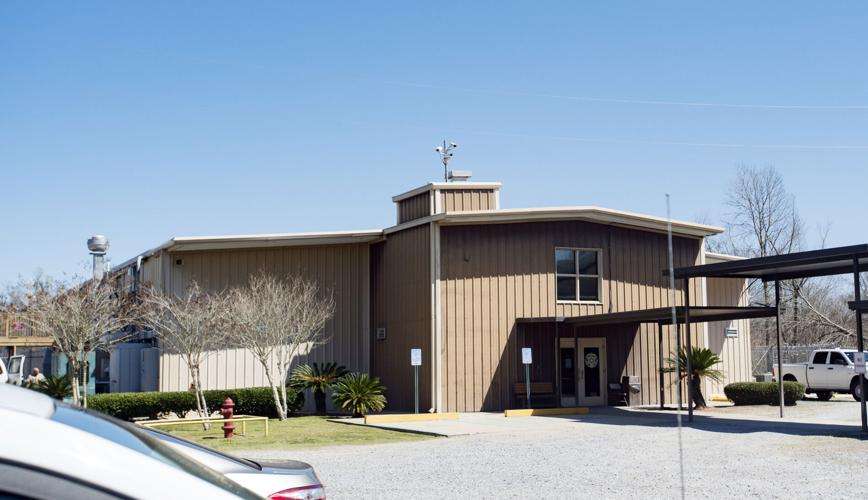 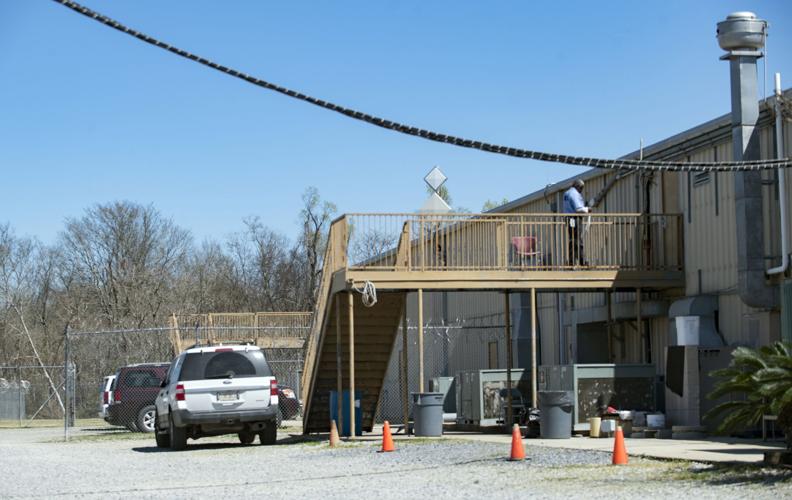 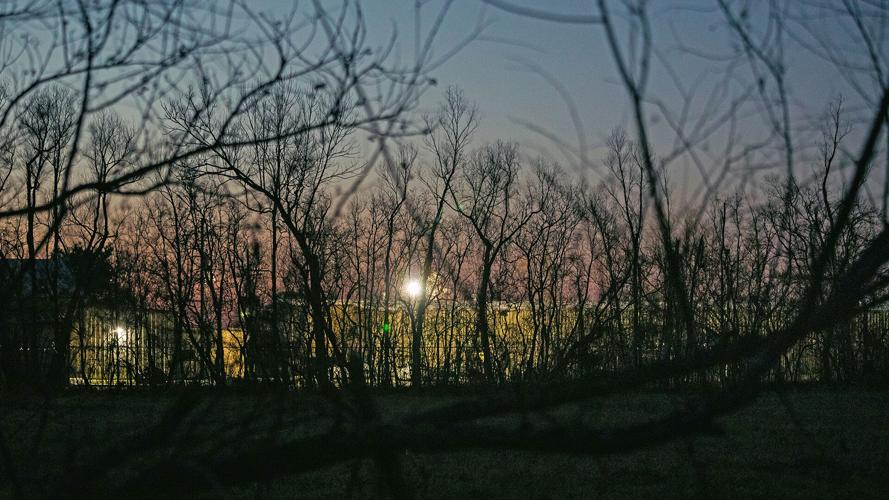 The Acadiana Center for Youth in St. Martinville.

An Office of Juvenile Justice vehicle is parked outside the Acadiana Center for Youth juvenile facility Thursday, March 10, 2022, near St. Martinville, La.

The main entrance to the Acadiana Center for Youth juvenile facility is pictured Thursday, March 10, 2022, near St. Martinville, La.

The Acadiana Center for Youth in St. Martinville.

It’s a Monday afternoon at the Acadiana Center for Youth in St. Martinville when an Office of Juvenile Justice officer dials 911 for help.

“1815 Terrace Highway St. Martinville, can the Sheriff’s officers be sent down [here], please?” the woman asks. She is calling from the Acadiana Center for Youth, where a recent investigation revealed an atmosphere of deprivation, violence, and lack of care toward the teens detained.

“Youths are fighting,” the OJJ officer responds as screaming can be heard in the background. At least seven of them, she adds.

“Get up! Get up!” a detainee can be heard yelling while the OJJ officer on the phone remains silent.

The phone call, which was obtained by The Acadiana Advocate via public records requests, occurred Dec. 5. It appears to confirm an atmosphere of tension inside the detention center in St. Martinville, where teens were reportedly held in solitary confinement, shackled with leg irons, and deprived of educational support.

The center is housed in a building on a rural highway, on SMPSO property, and it was used in the past as a training center for new law enforcement officers. The OJJ signed a contract with the St. Martin Parish Sheriff’s Office on July 26 and began moving teens into the facility shortly thereafter, according to the  memorandum of understanding between the two agencies.

The St. Martinville facility was intended to be a transitional treatment unit for “youth who demonstrated an inability or unwillingness to discontinue violent and aggressive acts,” an OJJ spokesperson said in early March.

A story published by The Marshall Project, ProPublica, and NBC News revealed that of the 31 teens who have been transferred to St. Martinville for behavioral reasons since it opened, 21 have “successfully” been returned to other facilities.

But the report also highlighted that inside the 24-cell jail in St. Martinville there hasn’t been any relationship-building in the months since the lease agreement was signed despite the stated goal of the juvenile justice system: to help detained teens learn how to lead productive lives.

The lack of focus on educational efforts by the state agency emerged from OJJ email correspondence with SMPSO officials during the summer of 2021, during negotiations that led to the lease agreement.

In more than 50 emails between June 22  and Sept. 1, only six of them addressed logistics related to educational programs.

OJJ officials said they completed a site survey about ATLO Educational Programming, which inmates use to connect to learning content, on Aug. 24, a full month after the lease was signed.

“We have concerns in regard to wireless coverage based on the thickness of the walls in each living area cell block,” AJ Broussard from the state agency wrote in an email. “I was informed by Mike Benton (Director of SMPSO Information Technology) that the cameras cannot be viewed over LTE due to bandwidth issues with LTE. This will be resolved by the circuit getting installed.”

“We need a drawing or emergency plan of the St. Martin facility in order for our IT partners to develop a wireless coverage plan for educational and medical purposes. Can you please direct me to the right person to get this?” Stagg wrote .

The following day, Moroux replied, saying he had forwarded the message to the facilities manager, Major Guidry.

In a comment to The Marshall Project, ProPublica, and NBC News, Stagg confirmed that St. Martinville did not initially provide education, but he also said that the facility has been providing substance abuse counseling and recreation and suggested that the teens who said that they were denied those services were either lying or had opted out.

According to the final of three versions of the agreement, the state agency committed to pay the sheriff's office $55.39 a day per detainee, for a minimum of 20 detainees, including food costs and telecommunication services. That means that since July 26 the state agency has paid the sheriff's office more than $33,000 a month for use of the facility.

The document also stated that the meals to detainees were provided by the sheriff’s office, which, however, reserved the right “to charge staff meals at the current per meal rate.” In a second version of the agreement, a fee of $3.00 per staff meal per day was assessed for food preparation, packaging, and delivery.

On Thursday, Carla Verret, assistant to chief legal counsel at the SMPSO confirmed that the agreement is still active.

Family members of detainees have suggested the lack of educational options may have contributed to security issues that occurred in the facility, according to teens’ family members and attorneys interviewed by The Marshall Project, ProPublica, and NBC News in their report.

But staff shortages OJJ is experiencing across the state are also a possible contributing factor.

“The Office of Juvenile Justice is having difficulty recruiting and retaining staff at our secure facilities,” Deron Patin, executive management advisor at the OJJ, told The Acadiana Advocate on Thursday.

Patin said the St. Martinville facility currently can count on 21 staff members. He wouldn't commit to a number needed to run the facility because, he said, that number can change depending on the numbers of the detainees.

The entry-level position of juvenile justice specialist has a turnover rate of 298%, one of the highest in the agency. “We’re faced with a critical staff shortage, the scope of which was never anticipated or imagined,” Sommers said.

A series of emails between OJJ and sheriff’s office officials in October and November showed that St. Martinville experienced problems controlling detainees shortly after it opened.

On Oct. 4, Gregory Moroux, chief legal counsel of the sheriff’s office, wrote that cell walls, fixtures, and ceilings were damaged after an altercation.

“I learned that some enforcement at the facility is made by St. Martin Parish deputies,” he wrote to Peggy Stagg of the OJJ.

Three days later, on Oct. 7, after a meeting with the facility's warden, Moroux and Stagg expressed gratitude for the cooperation.

“Y’all have been terrific partners in this endeavor and we sincerely want to be the same. We’re having growing pains but I feel confident we can resolve them,” Stagg wrote in an email.

But that did not stop the violence.

In another recording obtained through a public records request, the Acadiana Center for Youth Chief Commander Randy Booth called 911 to ask for help on Dec. 14 after three detainees began fighting and refused to return to their cells.

“I am the only one here,” Booth said.

A few minutes later, another staff called 911. “Our supervisor has been beaten up […] There is blood all over him. We need a lot of help right now,” she said. “There is [blood] all over the floor.”

According to the lease agreement, “the State of Louisiana Office of Juvenile Justice will hold the Sheriff harmless from any liability involving escapes, security breaches, lapses in security, employment liability, injuries, workers compensation, crimes or any actions of the personnel.” The OJJ also had to supply the Sheriff with a certificate of insurance for the liabilities including damage.

Juvenile facility staff are required to use de-escalation techniques to intervene in altercations before physical intervention is used, OJJ advisor Deron Patin told The Advocate. “The determination to involve outside law enforcement is at the discretion of the shift supervisor factoring in the safety of the facility, staff, and children,” he said.

In January, two teenagers escaped from the detention center and were caught by the authorities two days later. The OJJ said a preliminary investigation found human error played a part in the escape. In February, two more teenagers managed to escape the juvenile jail.

In an email sent to Moroux, OJJ Undersecretary Gearry Williams stated that in St. Martinville, there would be four staff members per shift. The reason for the inquiry? It was related to money, not safety.

“I know you all wanted this information to finalize the numbers for the MOU as it relates to staff meals,” Williams wrote July 19.

One of those altercations, documents showed, resulted in damages to the sprinkler system for almost $13,000. In an email sent in January, Moroux had to remind the OJJ to pay its debts.

“This invoice is now months overdue,” he wrote.