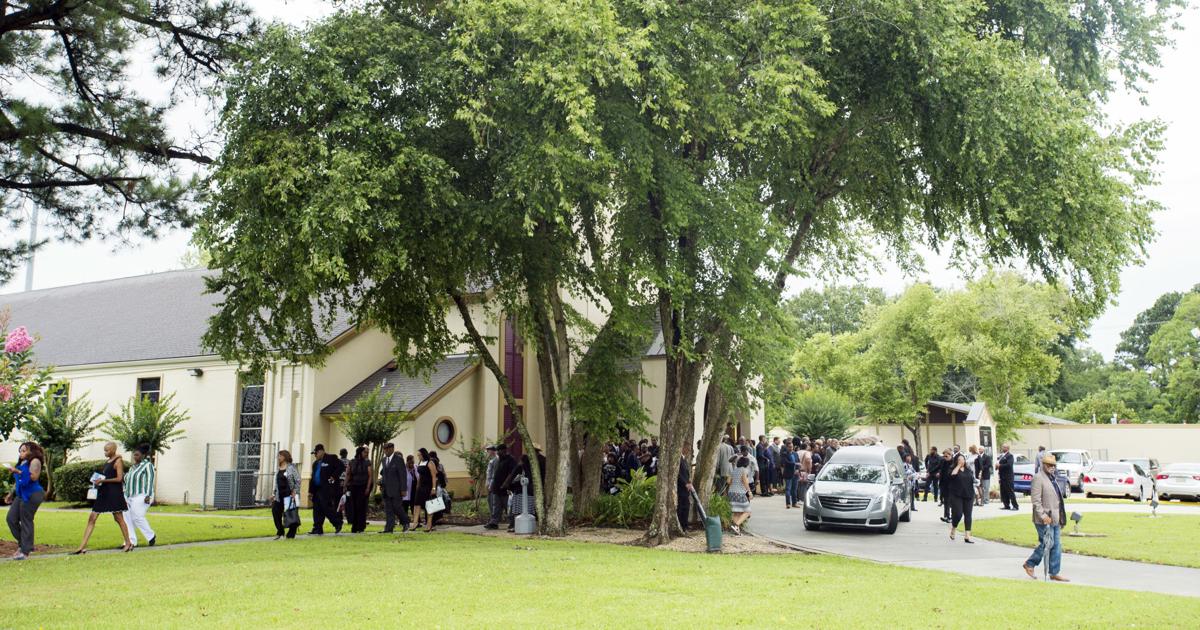 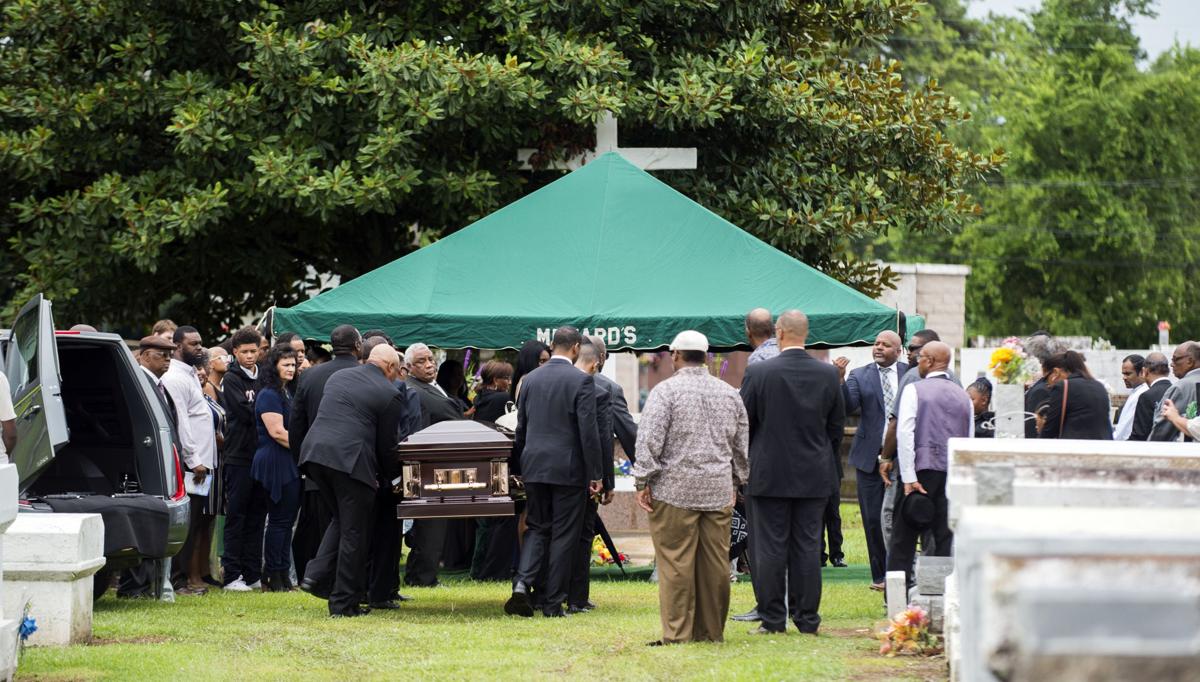 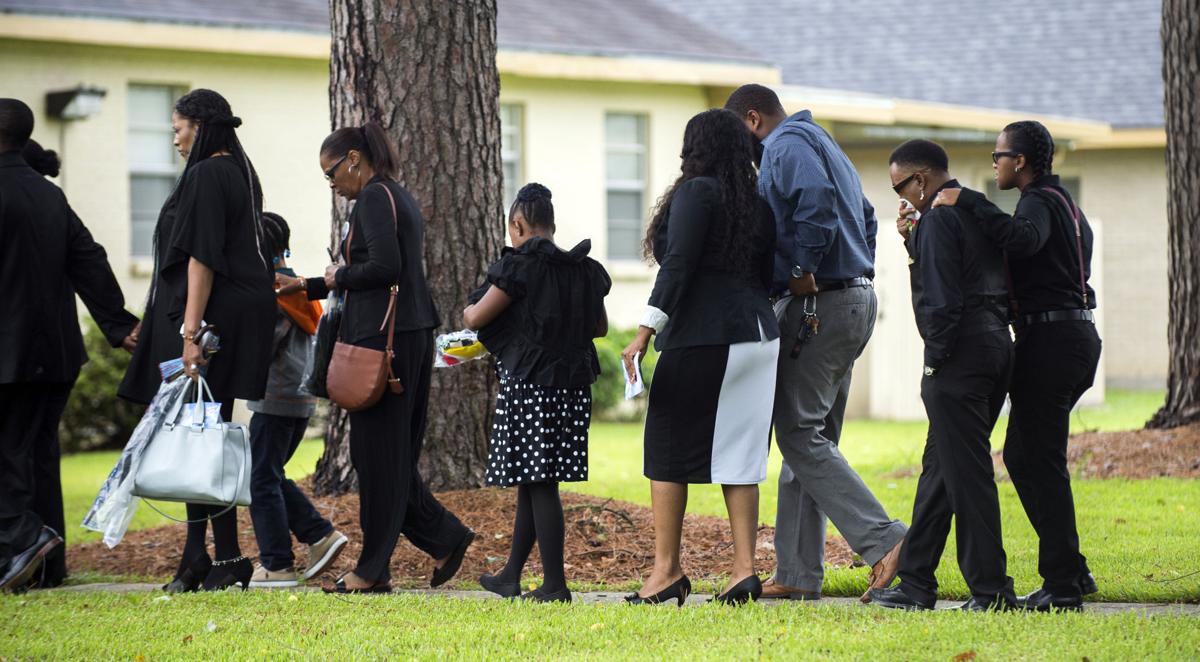 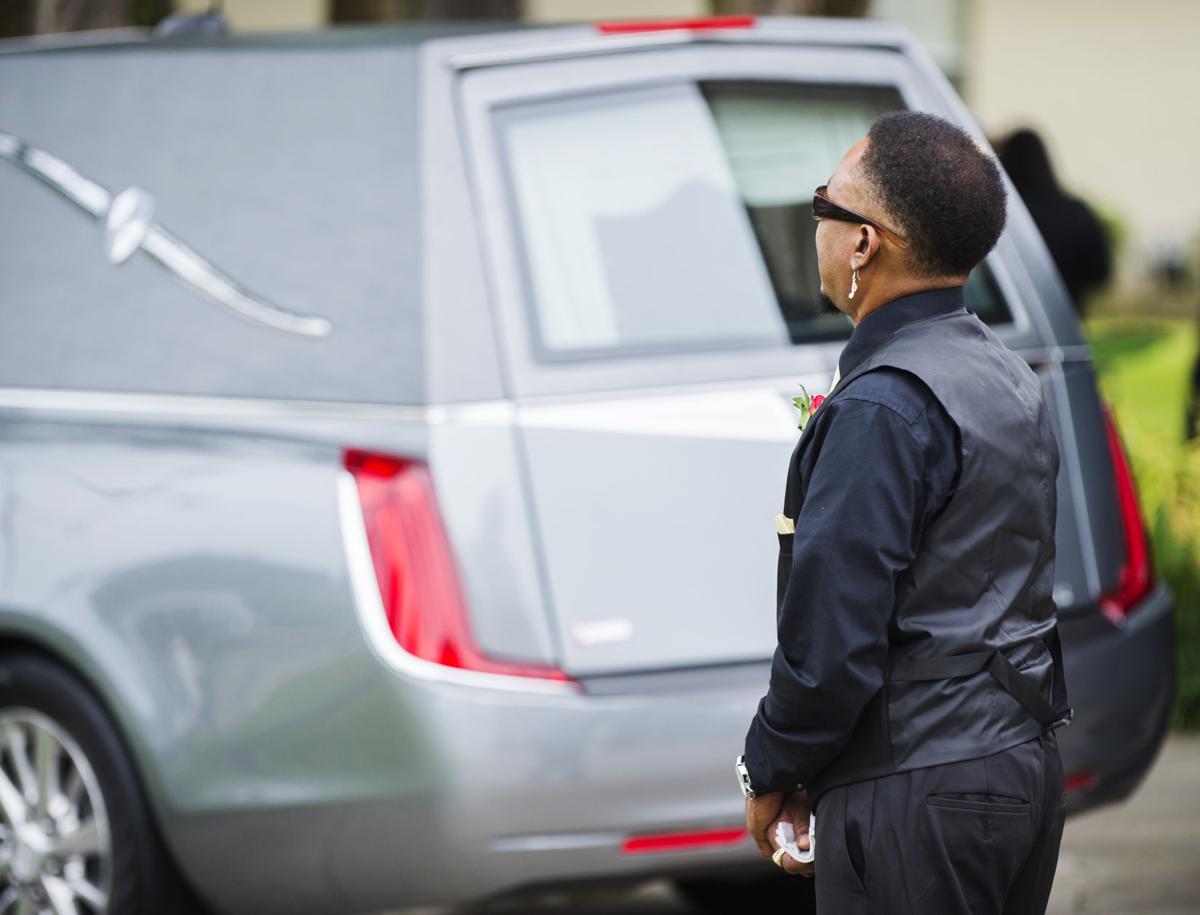 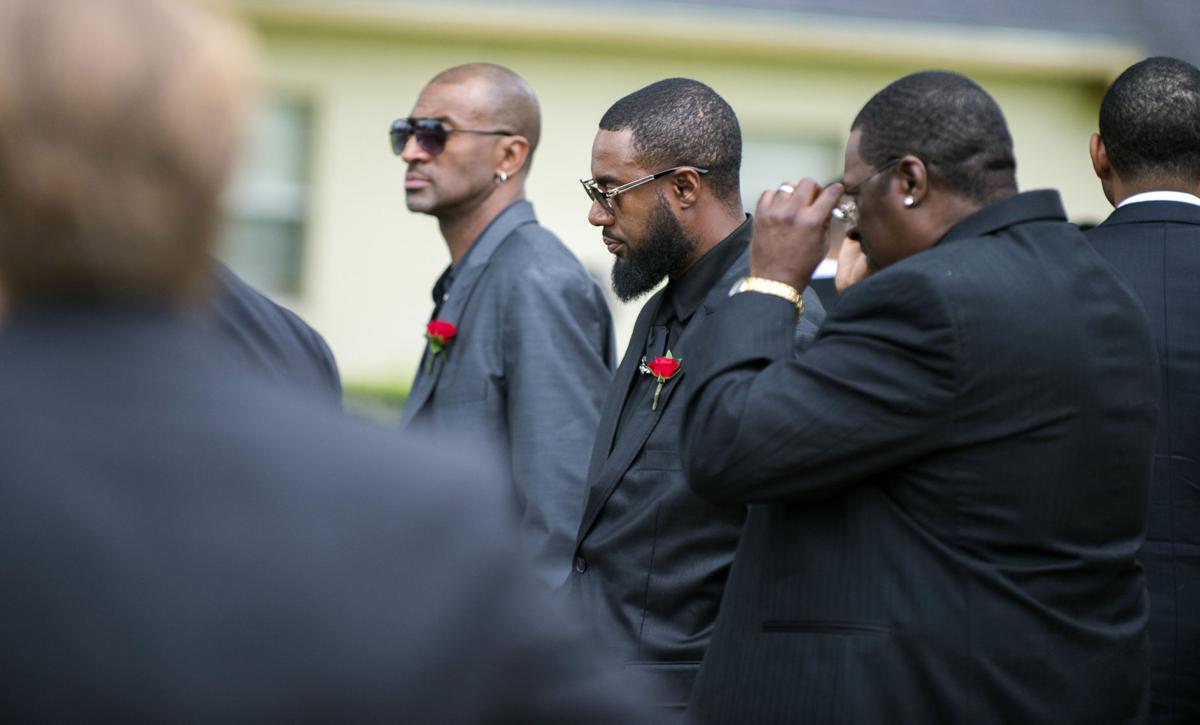 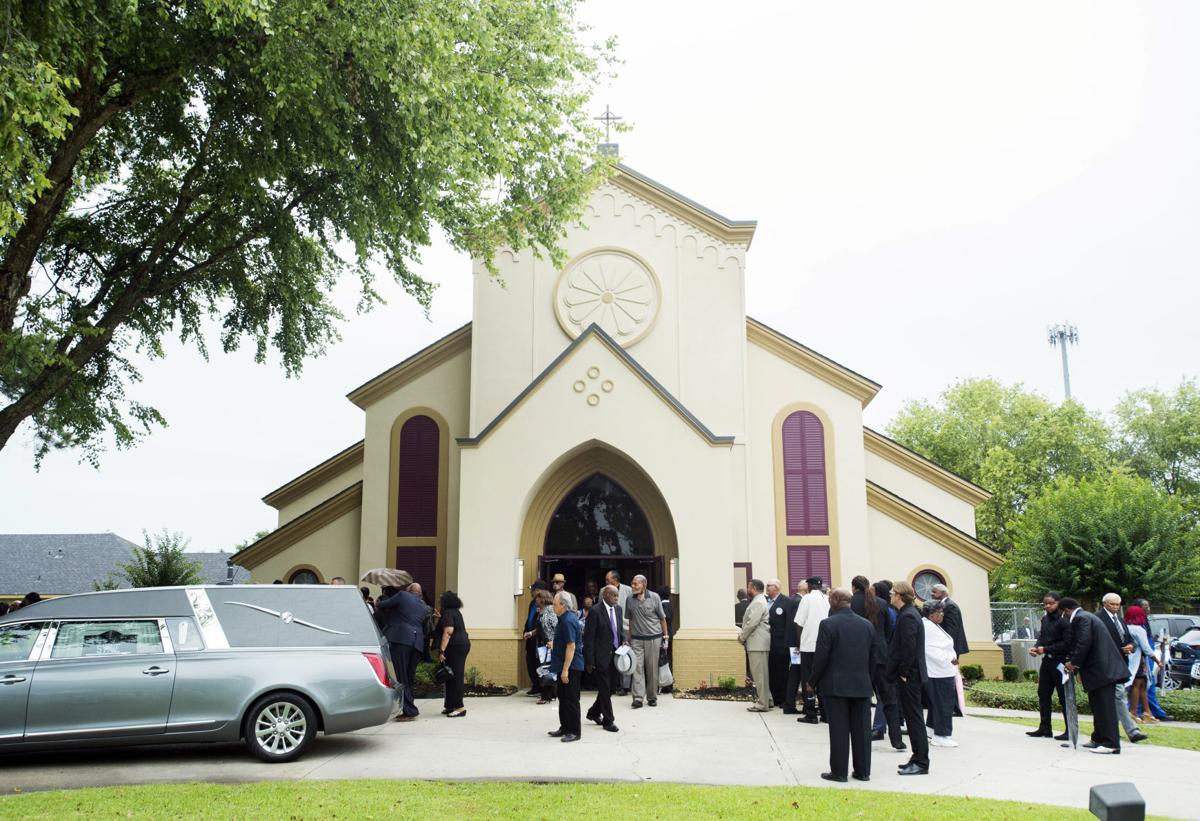 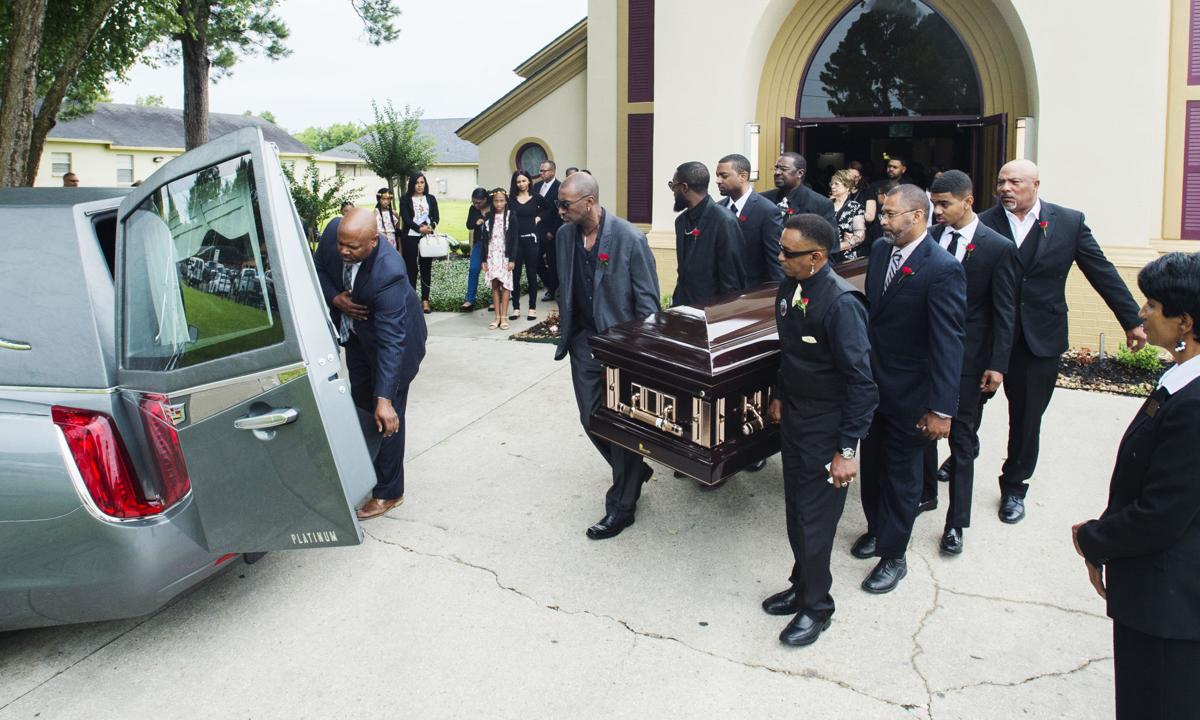 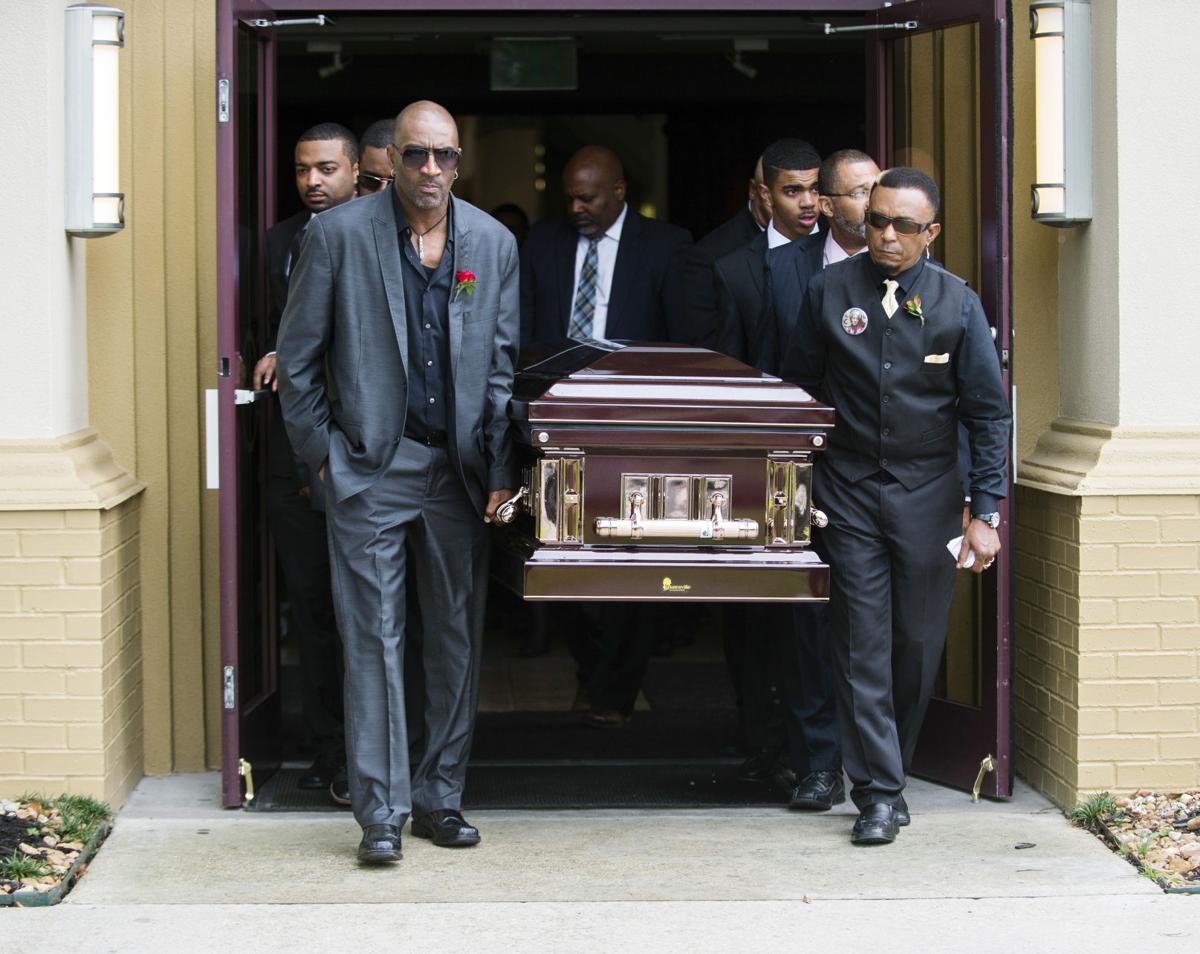 The service was not only a remembrance of a local musical legend, but also a reminder of his faith in God and how many people he touched over his 75 years of life, which his family said was "well lived." Sinegal's son, Paul Sinegal Jr. said his father will be "dearly missed" and that he loved Lafayette and the parish at Immaculate Heart of Mary.

Fellow musicians, students and band mates from groups spanning Sinegal's storied career were also in attendance to pay their final respects to the award-winning guitarist. Greg Gordon, a drummer who's performed in multiple groups with Sinegal over the past 10 years and who has known him since he was a child, said Lil' Buck always took care of his band and had developed a close relationship with him.

Sinegal played with dozens of local musicians and also recorded his own music. He played guitar on more than 300 recordings in each decade since the 1950s, according to the liner notes on his "Bad Situation" CD. He was born Paul Alton Senegal in Lafayette on Jan. 14, 1944. His last named became Sinegal because of a passport error, which he never corrected, and was named "Li'l Buck" because of his short size according to his family.

He is best known for playing with Grammy-winning zydeco legend Clifton Chenier and in the Grammy- and Emmy-winning band Buckwheat Zydeco. He was inducted into the Louisiana Blues Hall of Fame in 1999, and he was recognized with a lifetime achievement award in the ICON Arts and Cultural Awards earlier this year.

The Rev. Francis Aubespin, who oversaw the service and knew Sinegal as a devoted member of the congregation at Immaculate Heart of Mary Catholic Church, reflected on Sinegal's reverence for the dead coupled with his frequent help maintaining the adjacent cemetery. However, Aubespin said although Sinegal almost always refused to play his music in church, when he did for a friend's funeral, it was an extremely powerful and lasting experience.

"I don't know if it's because he played the blues and he felt it wasn't fit for church, but I asked him, and he said on special occasions he would play. When a friend of his died, I realized the skills he had on that guitar. It sounded as if it were crying. He played it for a few minutes, and even to this day some 20 years later, I remember how he cried and played the guitar for his brother. Not brother real, but a brother of his," Aubespin said.

Sir Reginald Dural, better known in music circles as Buckwheat Zydeco Jr., the son of Buckwheat Zydeco, said he had known Sinegal his entire life and knew him as a fun person who was very religious and loved his music.

"He loved to play and have a good time. He wasn't the type of musician to boast on himself. He always said, 'you let your music do the talking for you.' He was a living legend willing to help anybody at anytime, no matter what it was. He was just an all around good guy," Dural said.

A rapidly growing local company that helps at-home patients with respiratory diseases has bought the former Talos Petroleum building for $5.6 …

'He was a treasure:' Hundreds attend Li'l Buck Sinegal's funeral

Who's drilling in Louisiana? Here are the well permits filed for June 8-15

Cross Culture: Former band mate on 'Lil' Buck' Sinegal: 'He was always energetic when he played'