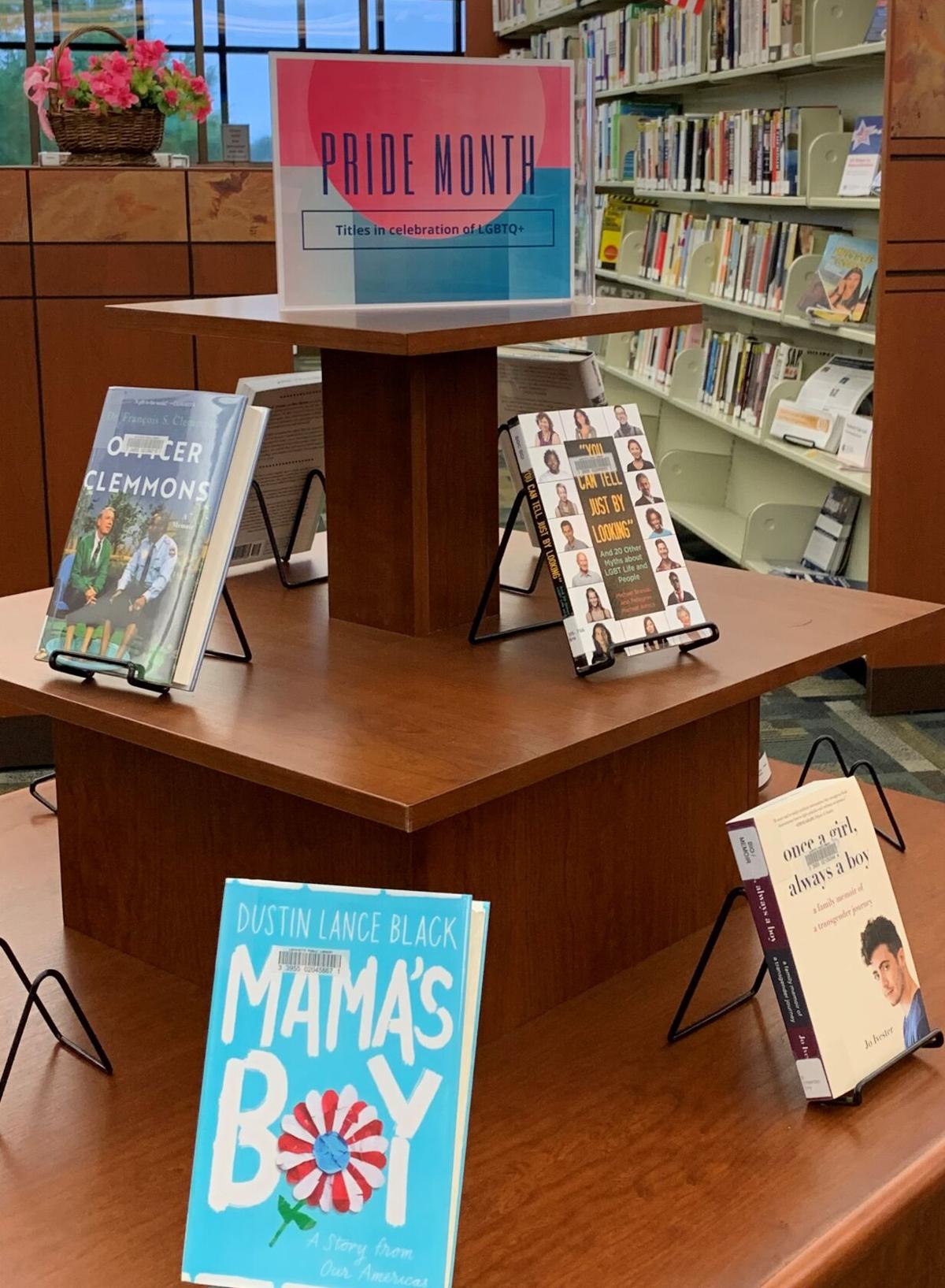 A Pride Month book display at the North Regional Library, similar to this one at the main Lafayette Parish main library downtown, was the subject of discussion at the library board meeting Monday, June 21, 2021, in Lafayette, Louisiana. 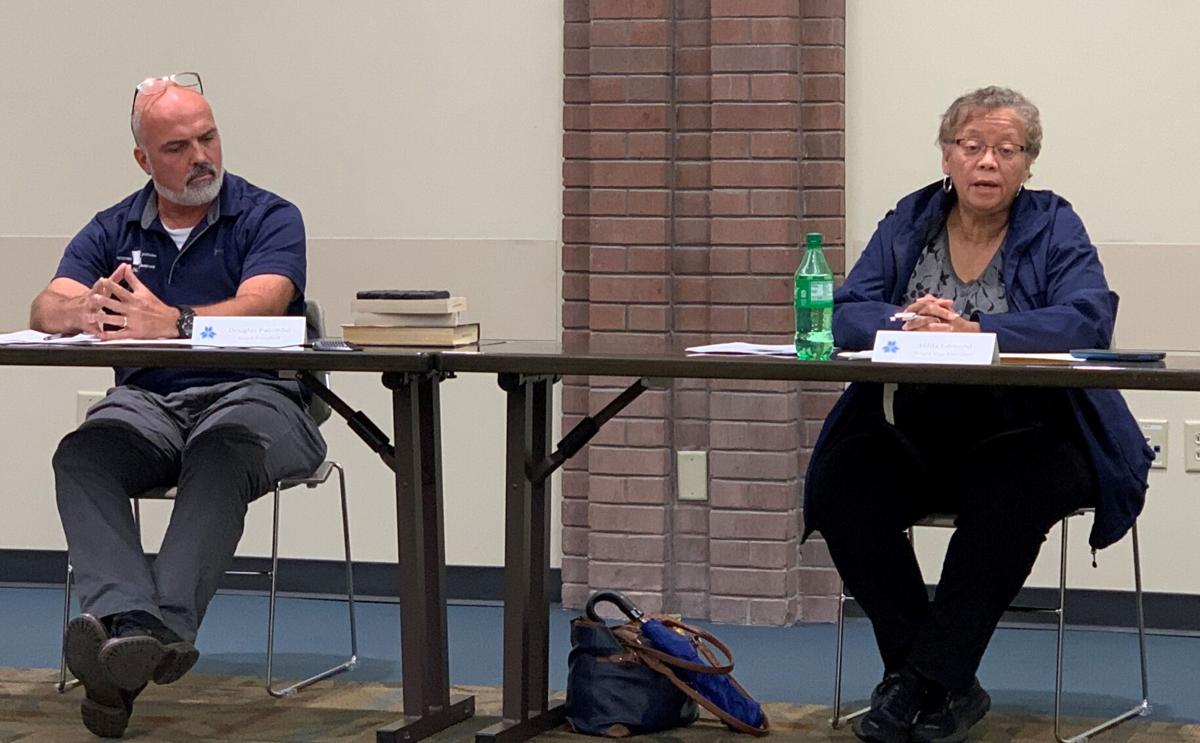 Hilda Edmond, vice president of the Lafayette Parish Library Board of Control, wanted to go behind closed doors Monday, June 21, 2021, to discuss a Pride Month book display at the North Regional Library. Also shown is board president Doug Palombo. 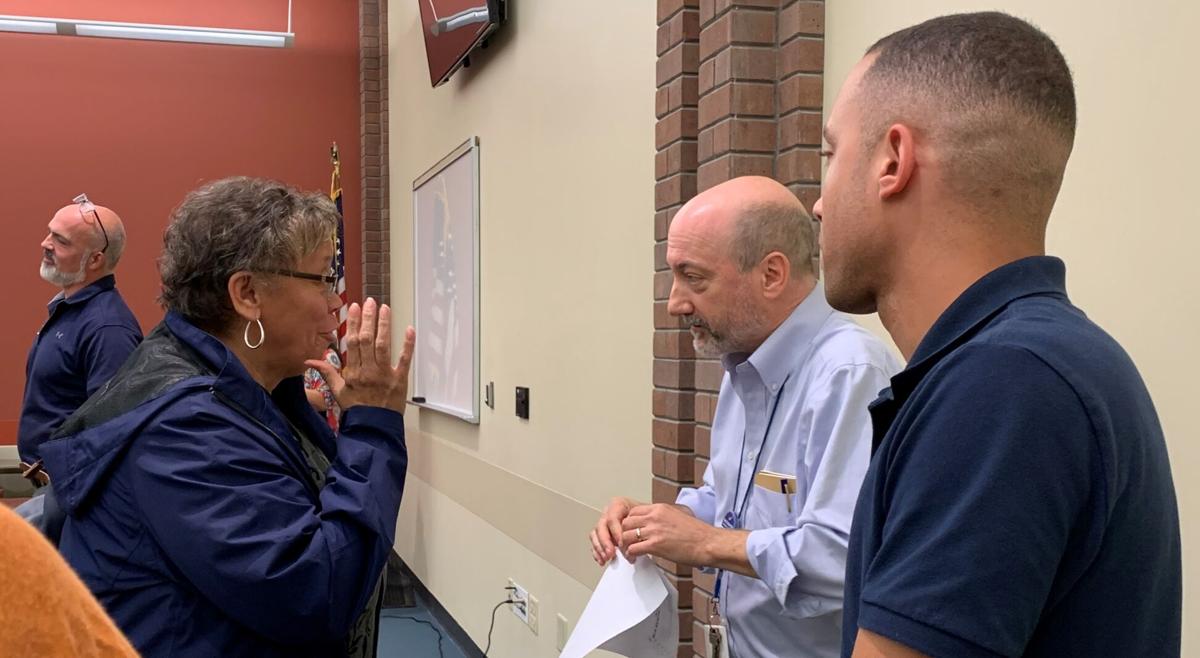 A Pride Month book display at the North Regional Library, similar to this one at the main Lafayette Parish main library downtown, was the subject of discussion at the library board meeting Monday, June 21, 2021, in Lafayette, Louisiana.

Hilda Edmond, vice president of the Lafayette Parish Library Board of Control, wanted to go behind closed doors Monday, June 21, 2021, to discuss a Pride Month book display at the North Regional Library. Also shown is board president Doug Palombo.

Pride Month book displays drew questions and concern from the Lafayette Parish Library Board of Control's vice president, Hilda Edmond, who on Monday asked to go into closed session before voting to hire a new library director.

Edmond was appointed to the library board by Mayor-President Josh Guillory and works for Lafayette Consolidated Government. Guillory has refused an LGBTQ+  group's request to proclaim June as Pride Month. Instead, four City Council members last week issued their own proclamation declaring June Pride Month.

A 2018 Drag Queen Story Time event planned at the library drew strong community reaction and outrage. Two residents who spoke out against the event, Stephanie Armbruster and Robert Judge, are on the library board now.

Prior to a unanimous vote Monday to name Danny Gillane as library director, Edmond asked the board to meet behind closed doors "for the sake of the board and for Danny's sake" to discuss an undisclosed topic.

Attorney Mike Hebert advised the board not to go into executive session because the meeting agenda did not indicate the possibility of a closed session. To do so would have likely violated the state's open meetings law.

Edmond said she was concerned about the handling of situations that may arise that may be considered "controversial, political issues" that the board may want to avoid, issues the board had concerns about with the previous library director, Teresa Elberson.

Elberson retired suddenly in January after months of conflict with the board, culminating when the board rejected a Louisiana Endowment for the Humanities grant to buy books and hire moderators to host public discussions on books about voting rights and the history and current struggles by minorities to win the right to vote. Board members said the moderators were too left-leaning and Elberson did not follow their direction to bring in a moderator representing the other side of the issue.

"It's an important thing for the library itself," Edmond said. "It's important for the board to avoid these types of things so that we can be a library system."

Several board members have expressed recently the importance of avoiding controversy because of an upcoming property tax renewal. Voters in 2018 rejected one of three library property taxes, costing the library system about $3.5 million a year.

"At the risk of other things and people making issues of things that's not merited," Edmond said, "I would like to make mention of recent displays in the libraries that I feel are controversial things that I would like to be able to discuss with them and you in the future. Those things that need to be given serious consideration."

She added, "It's stuff that has been interfering with our progress with more serious matters."

Board member Landon Boudreaux said he agreed with Edmond's concerns but he believes the board won't have the same problems with Gillane as it did with Elberson.

Asked after the meeting if she was talking about the Pride Month book displays, Edmond said, "No. There were other things that we were discussing and I've already discussed those things with Danny."

Edmond declined to comment further, but interrupted when a reporter asked Gillane if she had expressed to him concerns about the Pride Month book displays.

"All I told her was you and I had a discussion and that's between you and I," Edmond told Gillane.

Gillane said Edmond brought to his attention concerns about the Pride Month displays.

"We had a discussion about whether or not with everything going on at city hall and the group that was asking for a proclamation and whether it was being politicized," he said. "My argument was that this is not a political issue and I would look and see the location of the displays and what was being displayed."

None of the Pride Month displays are at the entrance to children's areas, Gillane said, and no displays were removed. There was no discussion about relocating or removing the displays and Edmond did not ask him to do that, he said.

"There is no professional librarian who would bow to censorship. None," North Regional Library Manager Cara Chance told the board. "It is in the librarian's code of ethics not to bow to censorship, not to allow one person or one group to dictate all of the information and to impose their view on the entire community."