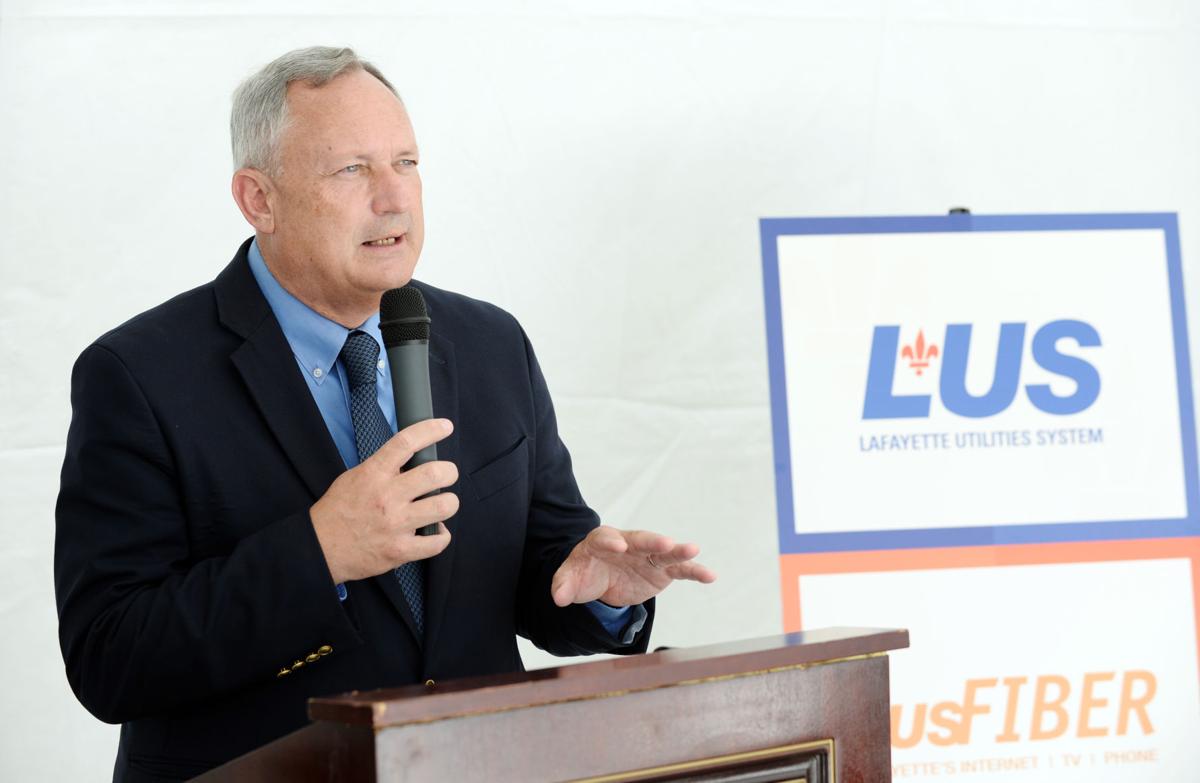 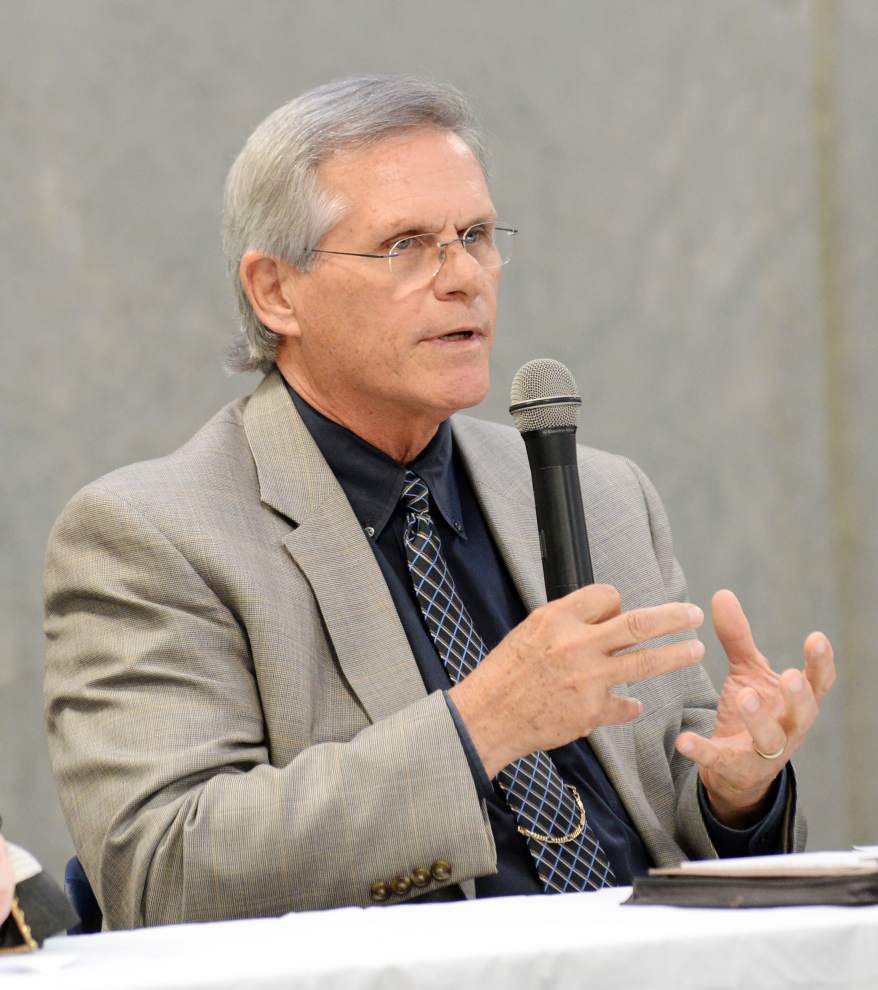 Keith Stutes, district attorney for the 15th Judicial District of Louisiana, is shown in this 2016 file photo. 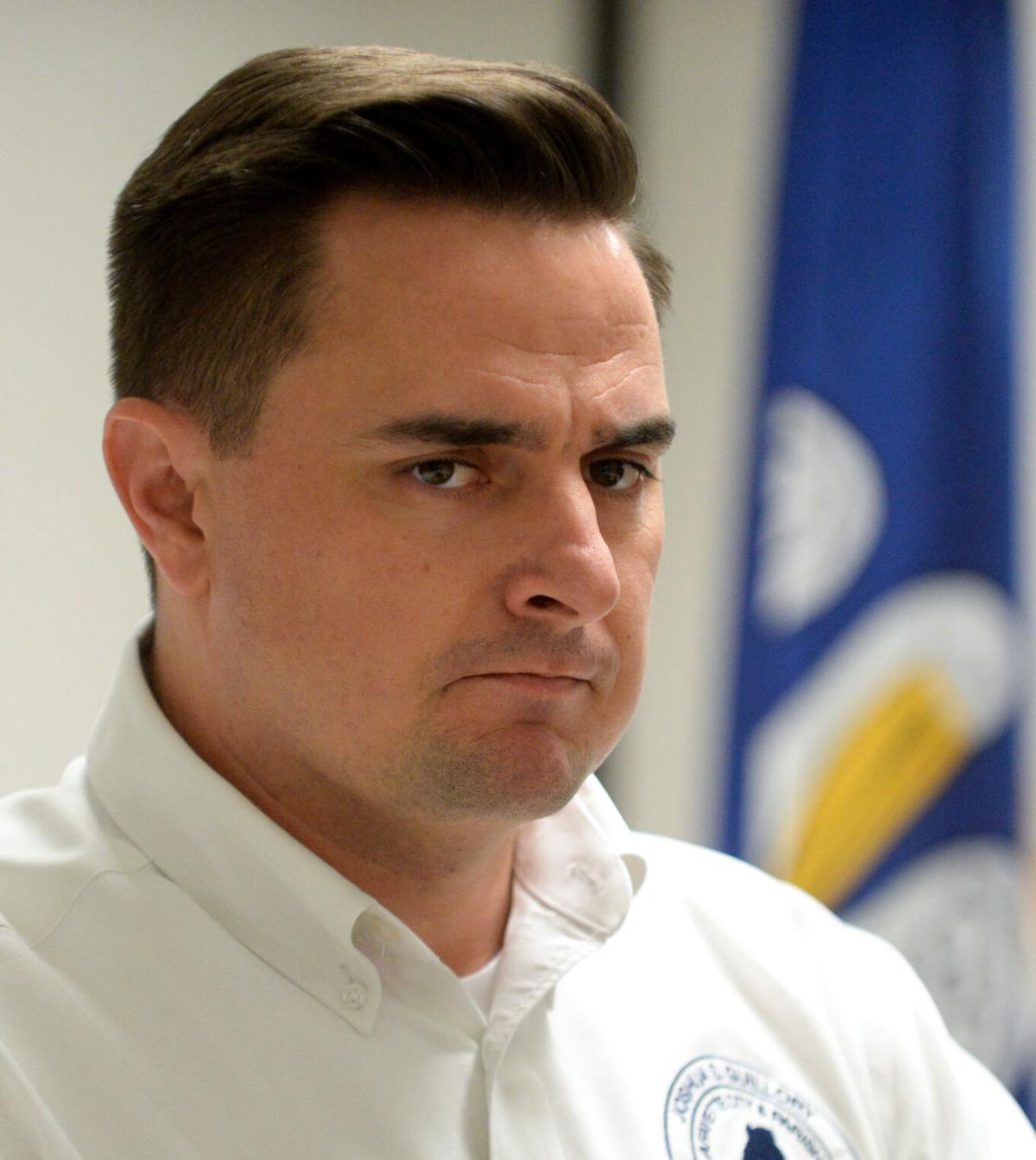 Keith Stutes, district attorney for the 15th Judicial District of Louisiana, is shown in this 2016 file photo.

"I must advise you that your criminal 'complaint,' directed generally at individuals at LUS and LUS Fiber, most notably Terry Huval," Stutes wrote, "is not supported by evidence of criminal intent."

Jamie Angelle, chief communications officer for Guillory, said Thursday the mayor-president has no comment at this time.

On Feb. 7, one month after taking office, Guillory and Logan asked Stutes and the Louisiana State Police to investigate allegations of crimes by Huval, such as destruction of government emails and misappropriation of funds. The administration's allegations were derived from Lafayette Consolidated Government's internal investigations, started by Joel Robideaux, Guillory's predecessor, into the possible overcharging of LUS and other LCG departments for fiber services to financially prop up LUS Fiber operations.

Some of the allegations the administration made, such as overcharging LUS and other LCG departments, which are possible violations of the Local Government Fair Competition Act and Public Service Commission rules, are not crimes, Stutes wrote. They are matters for the PSC to investigate.

Other allegations, such as destroying government documents and malfeasance in office, which could be criminal, were not supported by evidence presented by LCG, Stutes added.

Allegations first arose in a 2018 article by Michael Lunsford in The Hayride that LUS divisions, such as wastewater and electric, were overpaying LUS Fiber for internet service, including fiber access to sewer pump stations where the fiber service wasn't even connected. Huval and LCG supposedly investigated and confirmed that the pump stations were not using fiber.

The Local Government Fair Competition Act prohibits LUS Fiber from charging other departments of LUS and LCG more than market rates for internet service so local government doesn't have an unfair advantage over private internet providers by overcharging itself to financially prop up its fiber division. LUS, under Robideaux, reported the matter to the Louisiana Public Service Commission and LUS Fiber repaid LUS around $1.7 million for the overpayments.

That revelation put LUS Fiber under scrutiny, led Robideaux to create the position of director of LUS Fiber and remove fiber operations from the LUS director's authority, which played a role in Huval's early retirement in July 2018.

During budget preparations in 2018, Robideaux realized funding in the LUS budget for a costly power outage monitoring service was zeroed out, raising questions about its necessity and payments from LUS electric to LUS Fiber.

In July 2019, Robideaux reported to the PSC that he believed LUS paid the fiber division $8 million since 2011 for an electric power outage monitoring system that wasn't necessary or financially justified, another alleged violation of the act prohibiting cross-subsidies.

When Guillory took over as mayor-president in January, he continued the scrutiny of LUS and in February, requested action by Stutes and the State Police, alleging LUS employees may have injured public records and committed theft, malfeasance and criminal mischief.

Stutes, in the 15-page Aug. 10 response, said the administration did not provide proof of misappropriation of funds as alleged, nor did LCG report the allegation to the Louisiana Legislative Auditor, as required by state statute, or to the state attorney general.

Regarding the alleged destruction of thousands of Huval's emails, Stutes noted that LCG had recently found back-up archive tapes containing hundreds of emails, which may include the so-called missing emails.

Even if allegations of malfeasance in office could be proven, which they have not, Stutes said, it requires proving criminal intent, plus the statute of limitations requires charges be filed within four years. The actions under scrutiny took place in 2015.

Allegations of illegal subsidization outlined in a December report on the internal investigation headed by Duhon is an administrative or civil issue for the PSC, not a criminal matter, Stutes wrote.

Documents and emails, he wrote, suggest Huval did not alone decide on fees LUS Fiber charged other departments. Administrators, attorneys and auditors were aware of the prices and did not object, he said.

"The charges in question were paid not as directed by any one person," Stutes wrote in the Sept. 8 letter, "but by the collective administrative and legislative discretion of the mayor-president and council of LCG."

Stutes said he requested and received in September additional emails dating to 2011 and interviewed the independent auditor.

"I am now even more convinced," Stutes wrote, "that your 'complaint' continues to be driven by opinions and conclusions only that crimes have been committed and those you accuse are 'guilty.' The 'evidence' received and reviewed, however, suggests to the contrary."

Stutes suggested LCG should advocate on behalf of LUS and LUS Fiber because, if the PSC finds a violation occurred, it "may have serious economic consequences to LUS, LUS Fiber, LCG and/or the City of Lafayette."

"The position taken by your 'complaint,'" Stutes concluded, "would appear to be a conflict of interest contrary to your responsibility to represent the best interest of LCG and/or the City of Lafayette."