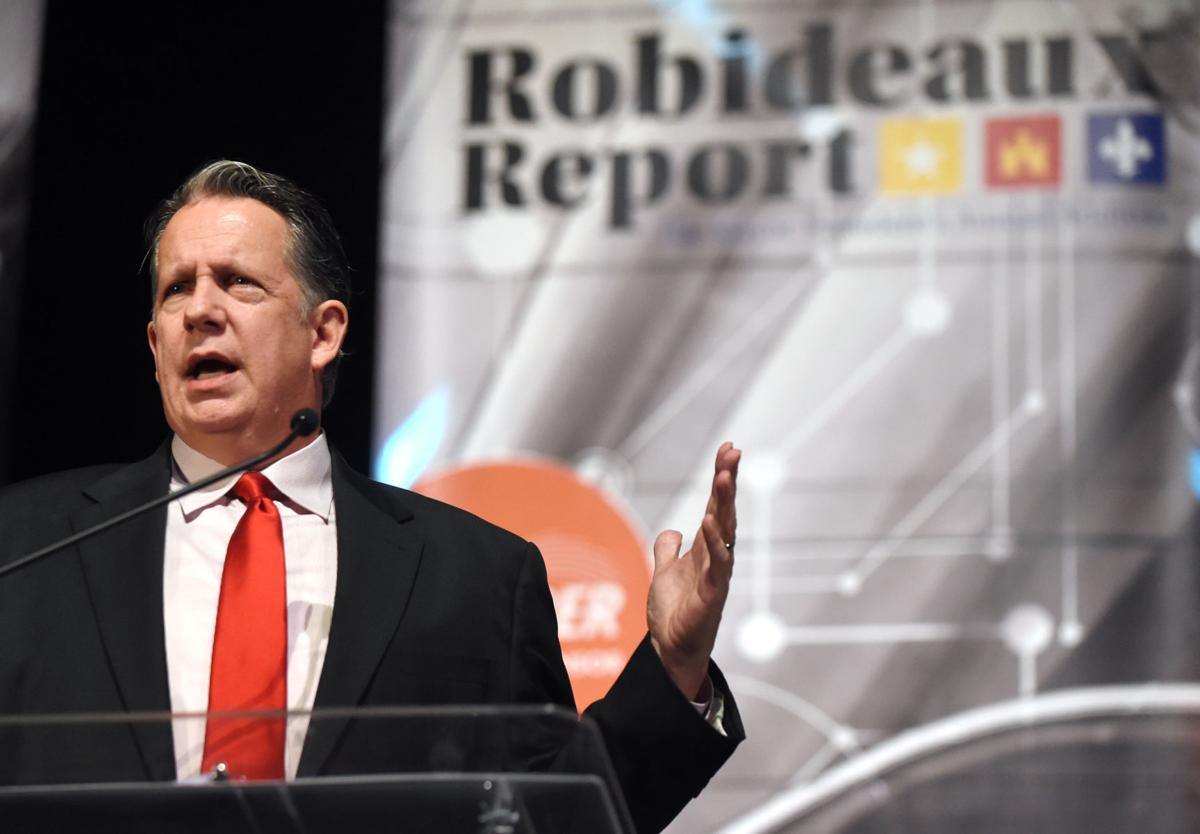 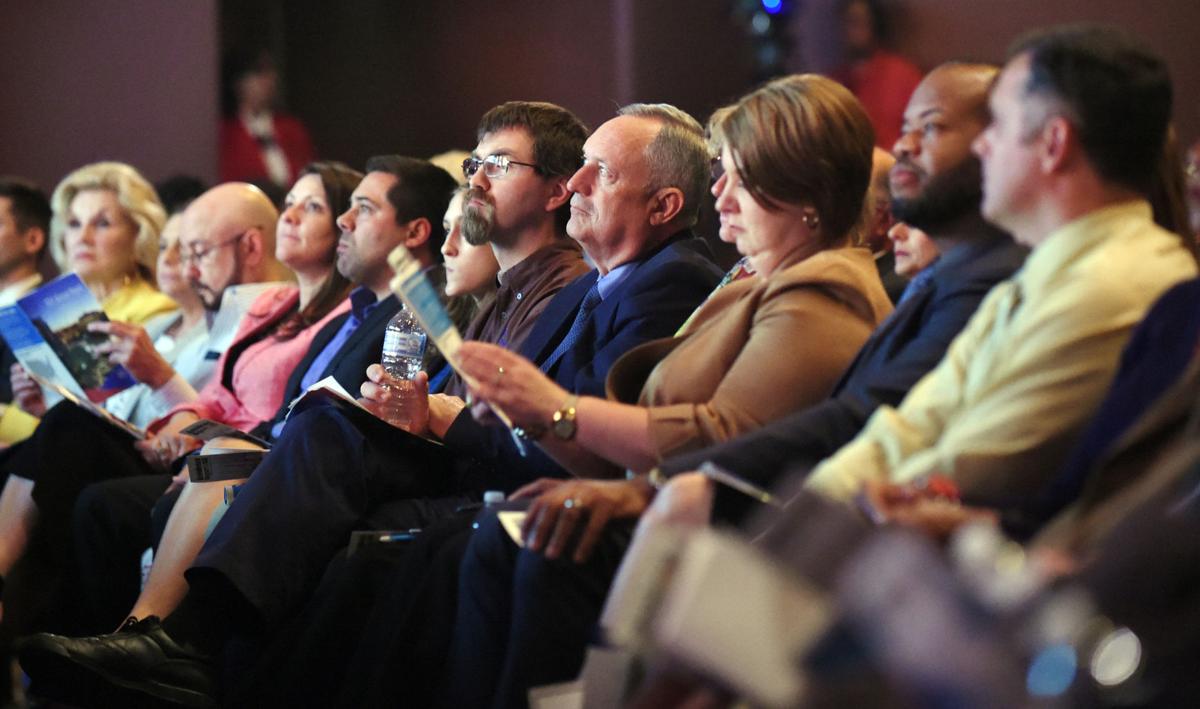 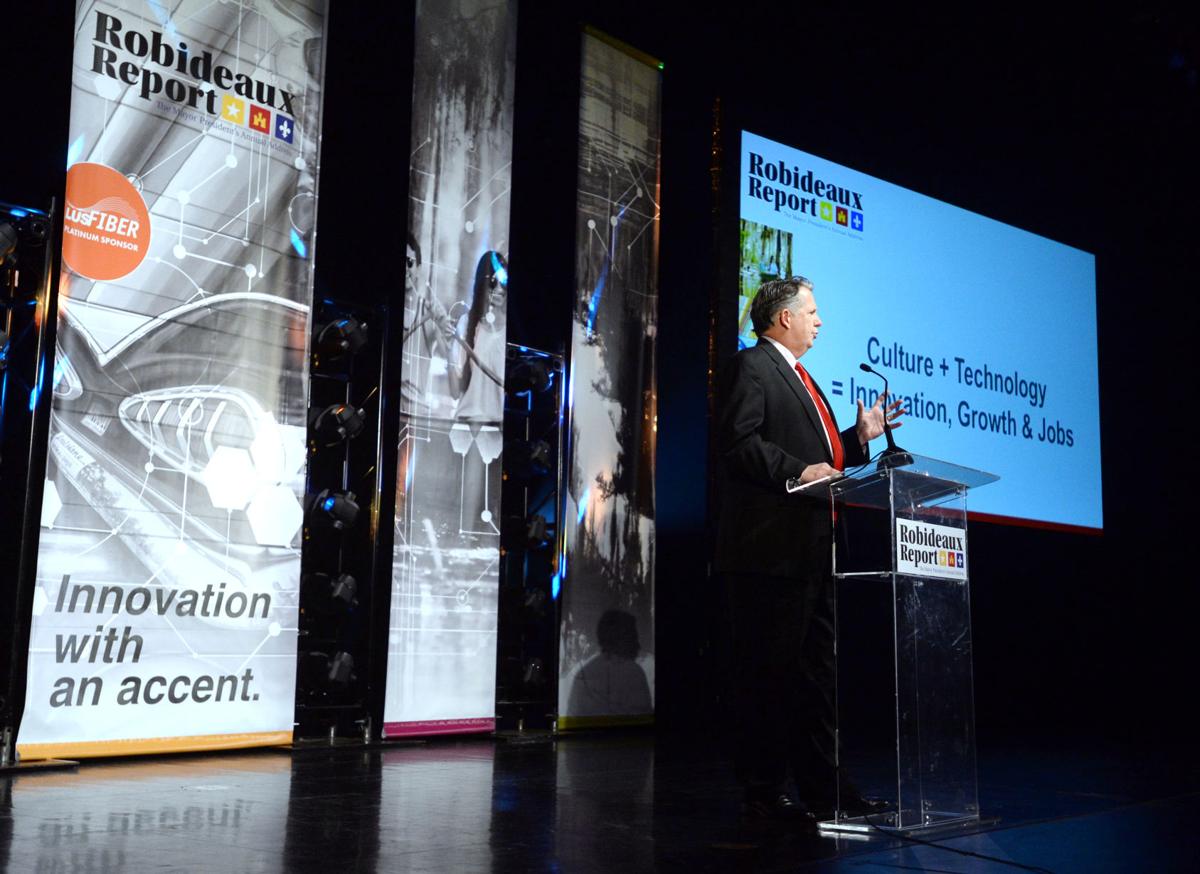 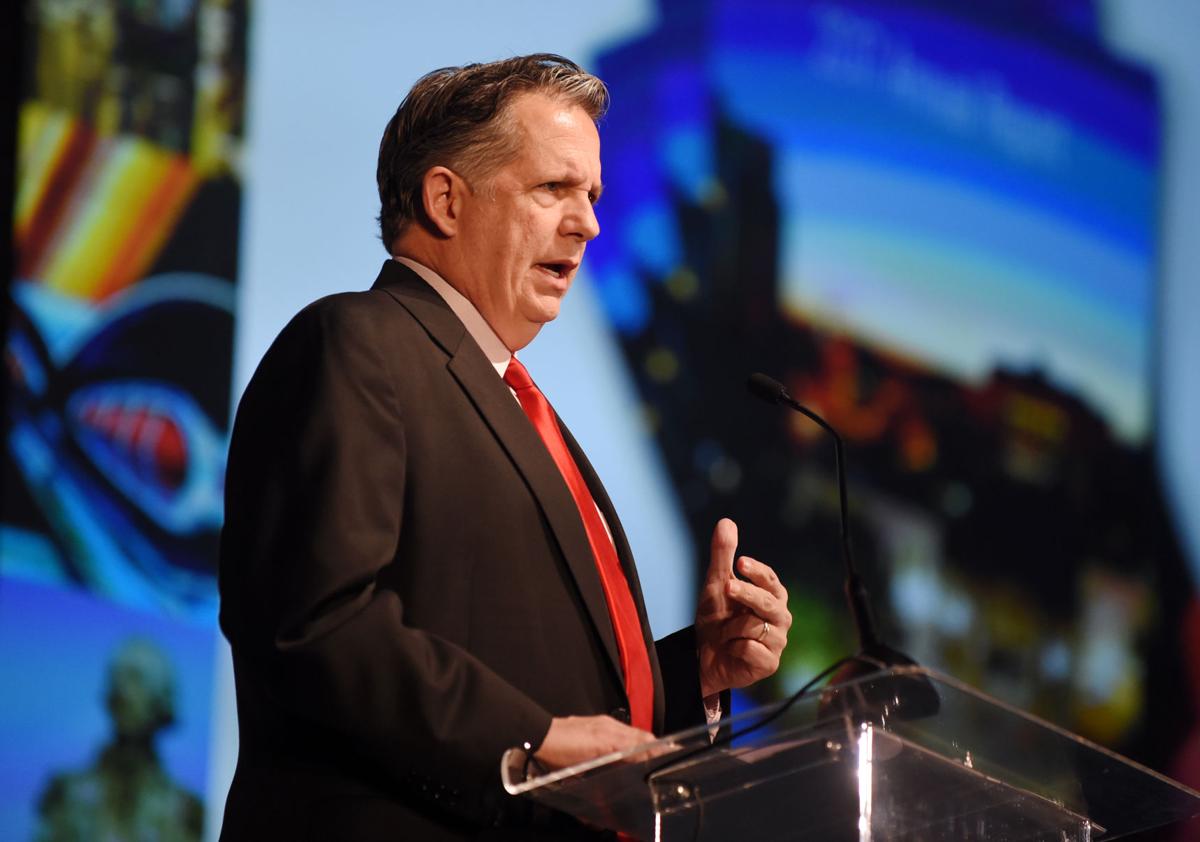 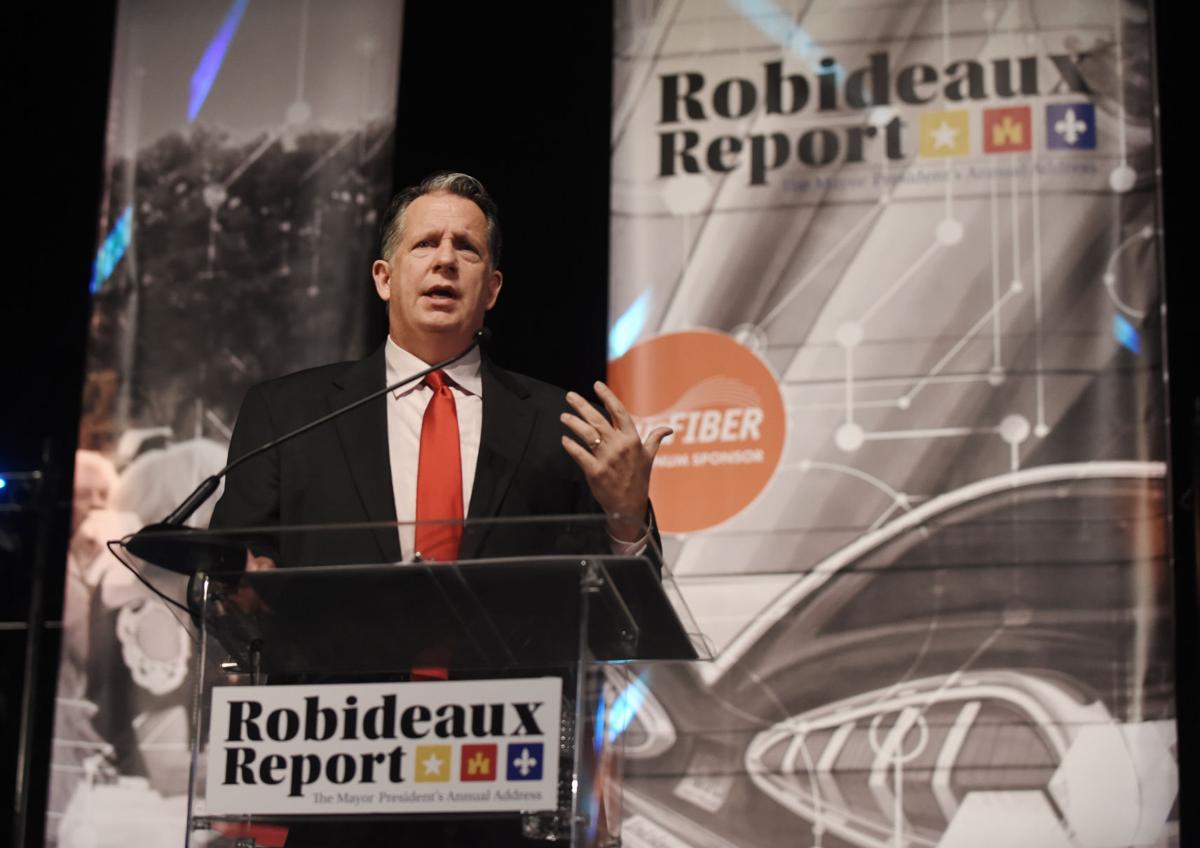 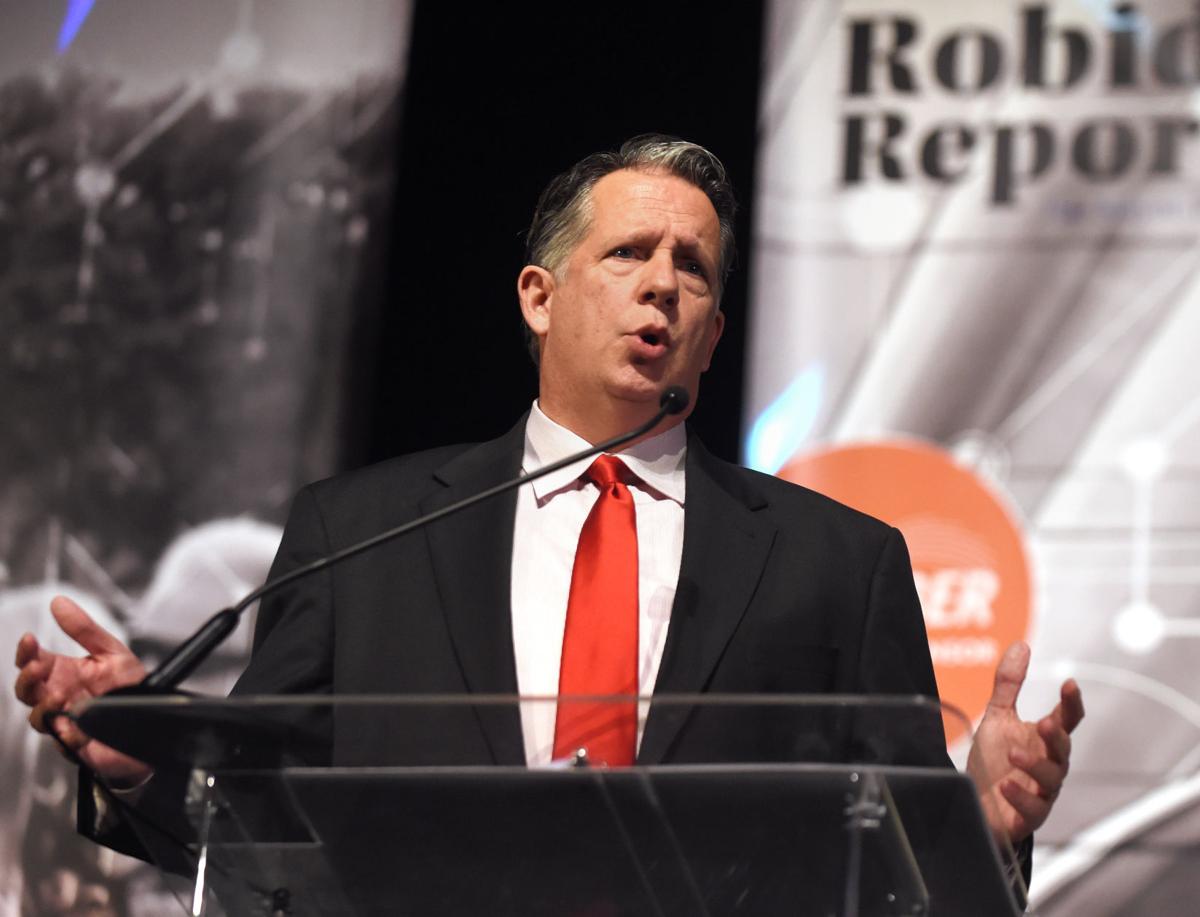 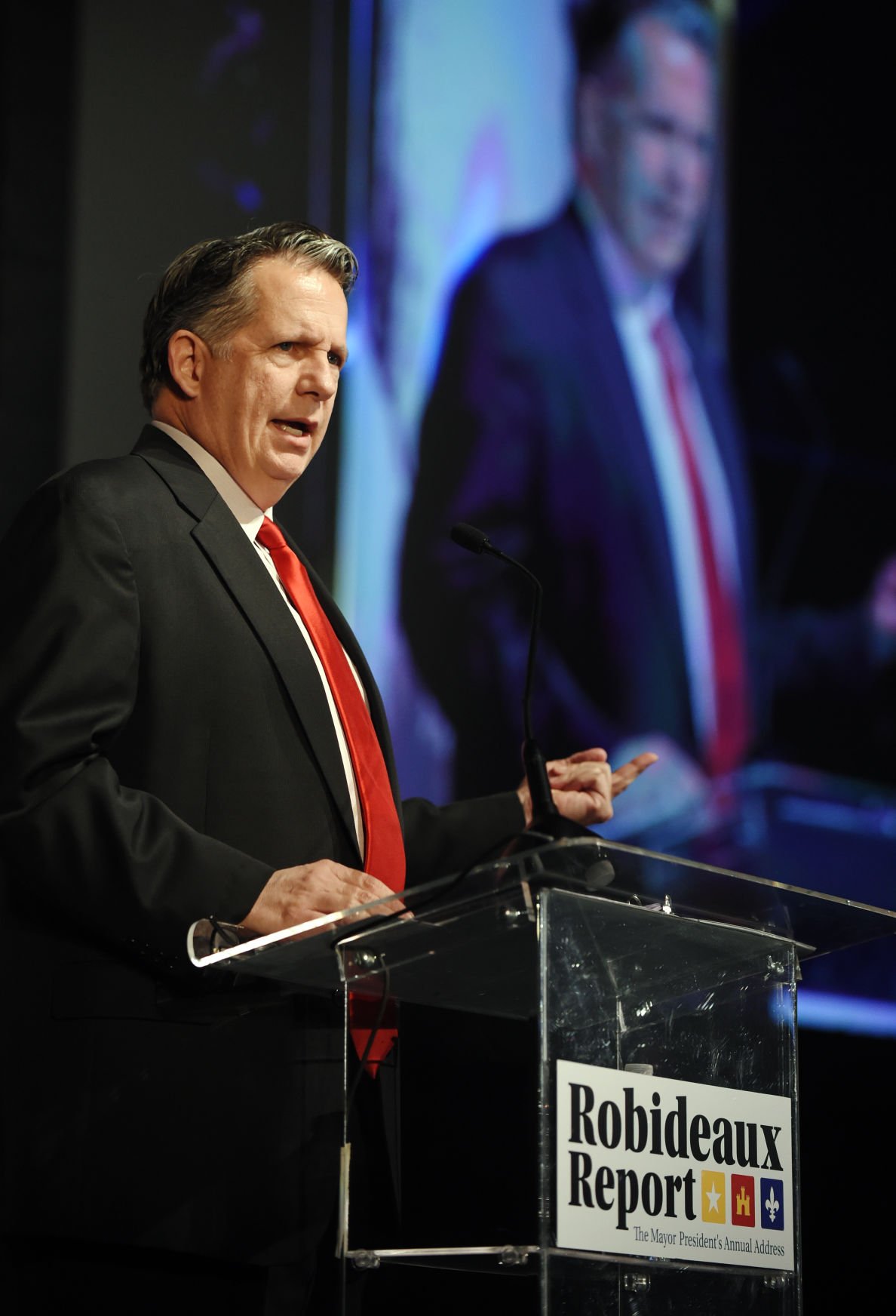 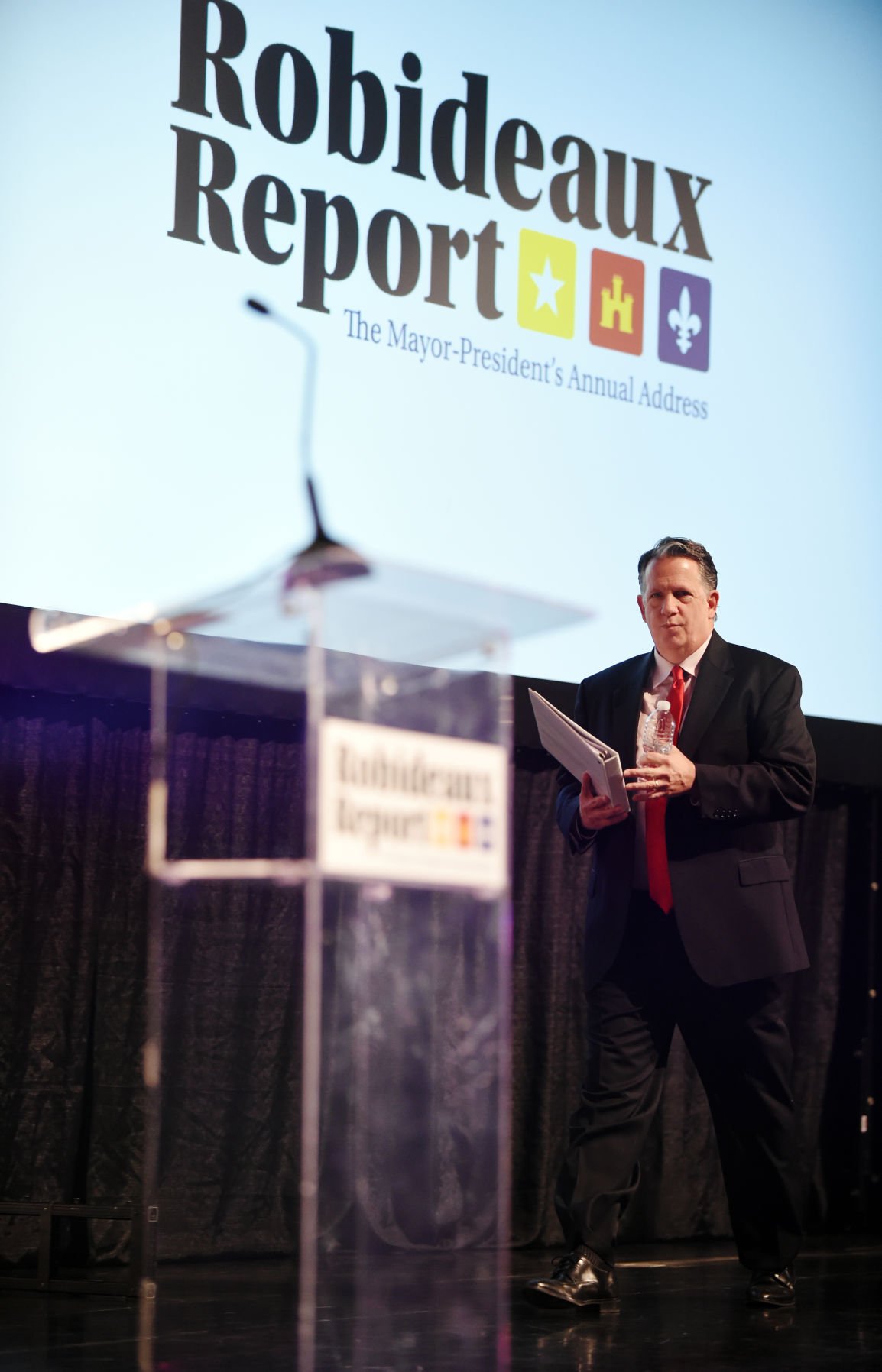 Lafayette City-Parish Mayor-President Joel Robideaux walks out on stage to deliver his annual report Thursday, April 12, 2018, at the Heymann Center in Lafayette, La.

Lafayette City-Parish Mayor-President Joel Robideaux walks out on stage to deliver his annual report Thursday, April 12, 2018, at the Heymann Center in Lafayette, La.

Lafayette Mayor-President Joel Robideaux on Thursday proposed the city-parish government create its own cryptocurrency, something only a handful of local governments around the world have contemplated or tried.

Doing so would position conservative Lafayette to follow the lead of Berkeley, California, the U.S. city that has garnered the most press for doing what Robideaux wants to do.

The virtual currency proposal was the biggest reveal in Robideaux’s annual address at the Heymann Center, in which he portrayed Lafayette as a technological hub, one that needs to use this advantage to diversify the local economy and improve government services.

Cryptocurrency, which uses encryption techniques and operates independently of a central bank, could potentially be a new way of financing public works, one that invites local residents to participate.

Robideaux was vague, however, in explaining why Lafayette should consider a cryptocurrency, other than the potential to “develop solutions targeting government inefficiencies, and, more importantly, alternatives for financing public infrastructure.”

Cryptocurrency was pioneered by Bitcoin and has exploded as a global industry over the last year. The total market capitalization for cryptocurrencies on April 12, 2017, was $24.4 billion, according to www.coinmarketcap.com. On Thursday it was $300.5 billion, but that mark has followed a staggering drop over the last three months from the peak market capitalization of $813.9 billion market on Jan. 7.

“It’s not just a bunch of global libertarians that want unregulated, untraceable and secure digital currency transactions,” Robideaux said, referring to concerns that cryptocurrency can be used for money laundering or other nefarious purposes. “It’s the recognition of global stakeholders that the world of banking, finance and payment systems is forever changed, that the world of healthcare, government and possibly every other industry is about to be disrupted.”

Robideaux didn’t elaborate in his speech how, exactly, his proposal for a municipal cryptocurrency might work, or what might motivate investors to sink money into Lafayette's version. Berkeley is backing its currency with municipal bonds, and the city plans to sell “crypto enabled microbonds” to raise money for affordable housing and other initiatives to help the homeless, according to Forbes.

Robideaux said he wants to use the proceeds from an “initial coin offering” to “build a living lab of blockchain researchers and developers,” without explaining what such a lab might consist of, how much it would cost or where it might be located.

Robideaux challenged residents to consider what technological concepts such as augmented reality, artificial intelligence and machine learning systems could mean for local government. These terms, Robideaux said, are “just phrases and acronyms” that translate to better stormwater management, traffic lights that adjust in real time, and improved government transparency.

As he often does, Robideaux said Lafayette needs to look to its culture to diversify its economy, noting steep job losses since the 2014 oil crash. To that end, he highlighted his "CREATE" initiative to brand the city-parish and to develop a way to quantify returns on investments in the cultural economy.

"Our cultural economy is the low-hanging fruit. It already exists and it can only get bigger," Robideaux said. "It will become the stabilizing force in our budget."

Turning to other matters, Robideaux used his annual speech to stump for four property tax renewals on the April 28 ballot, two of which are confined to the city of Lafayette. The city-only taxes are for recreation as well as roads and bridges, and the parishwide taxes are for libraries and juvenile detention.

Robideaux faced a crisis last year when voters initially rejected 10-year renewals for the courthouse and jail, stirring the mayor-president and other city leaders to plead with voters to approve them on the November ballot, which they did.

Robideaux took personal responsibility for failing to explain the importance of the property taxes prior to the first vote last year.

"I'm guilty of not talking about them," Robideaux said, explaining why he dedicated a portion of his speech to the upcoming renewals. "I'm not taking anything for granted."

The parish budget remains a crisis, with the general fund basically wiped out. The mayor-president did not touch on the increasing likelihood the City-Parish Council would look to a tax measure on the November ballot to raise revenue, although that’s not certain and it’s unclear if the measure would be a new tax or a rededication.

The council on Tuesday held a special meeting to announce it will consider such measures at its regular meeting on May 15, the latest date by which it must approve any measures for the Nov. 6 ballot. Voters will have final say over any tax measure.

Council Chairman Kevin Naquin said after Tuesday's meeting that existing property taxes are inadequate. Naquin wouldn’t speculate as to what the council will consider next month, but he said some type of tax increase, along with rededications, are likely.

“I’m not going to hide around it,” Naquin said. “You could probably see a combination of everything.”