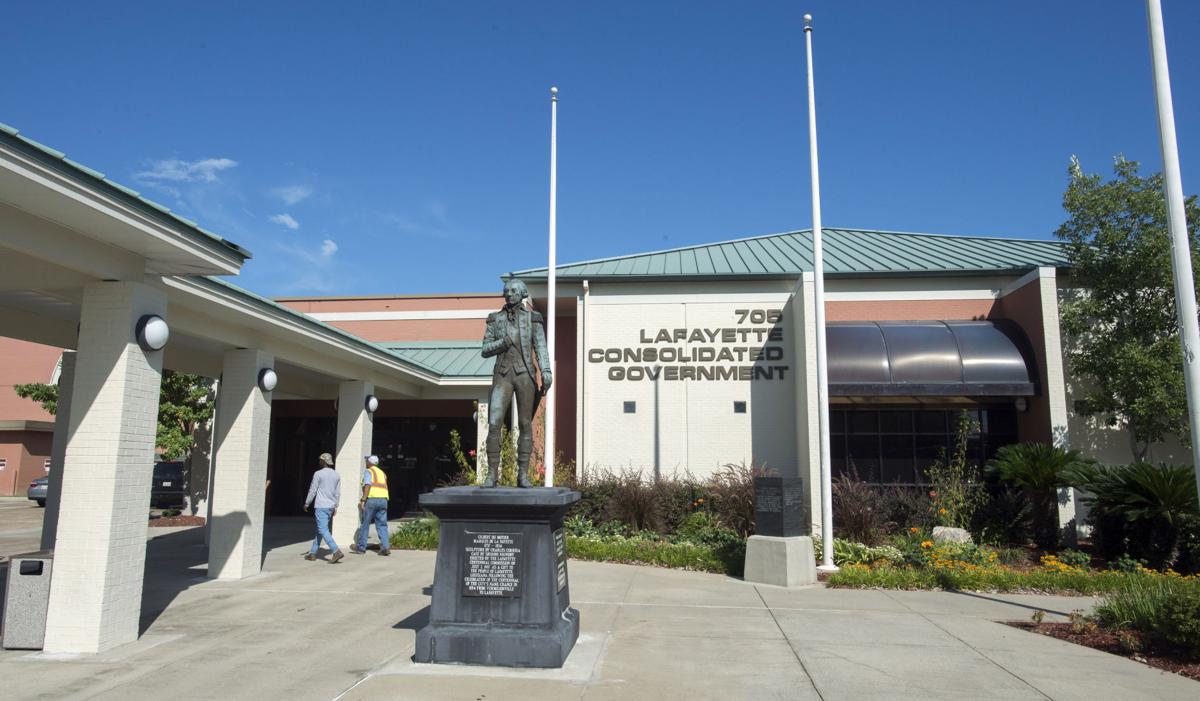 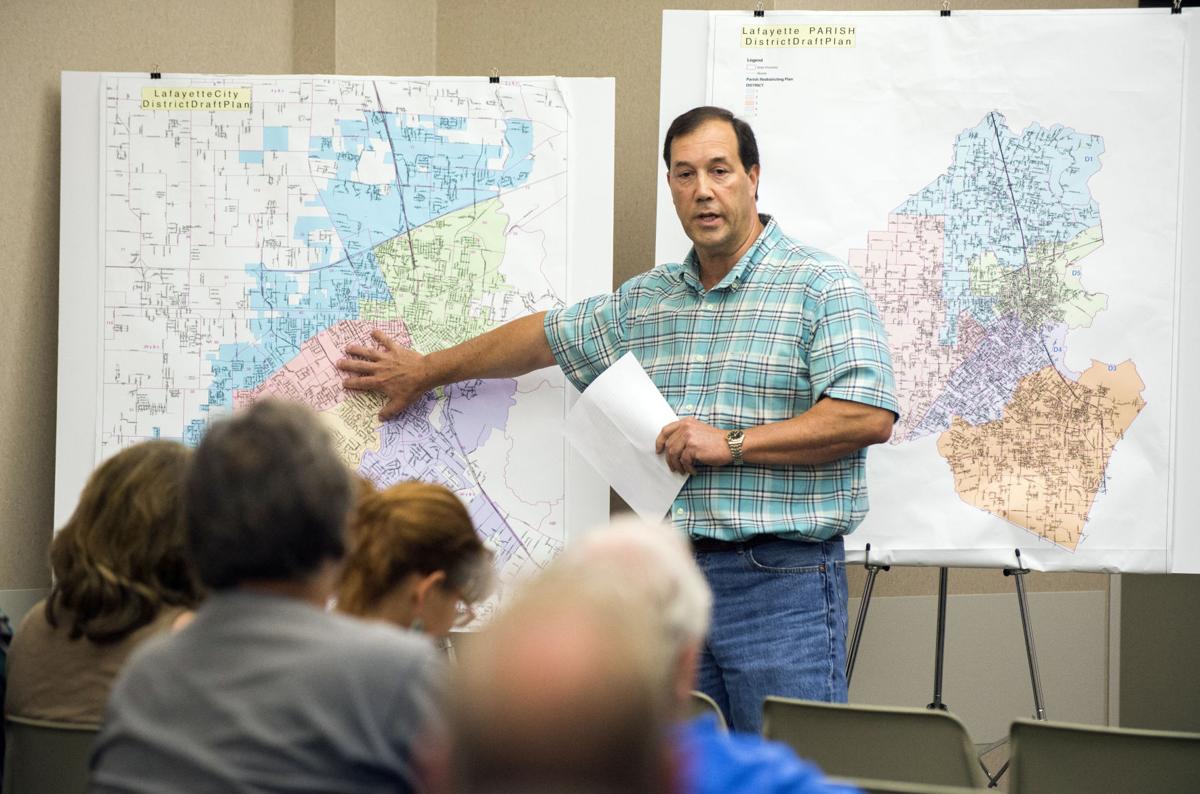 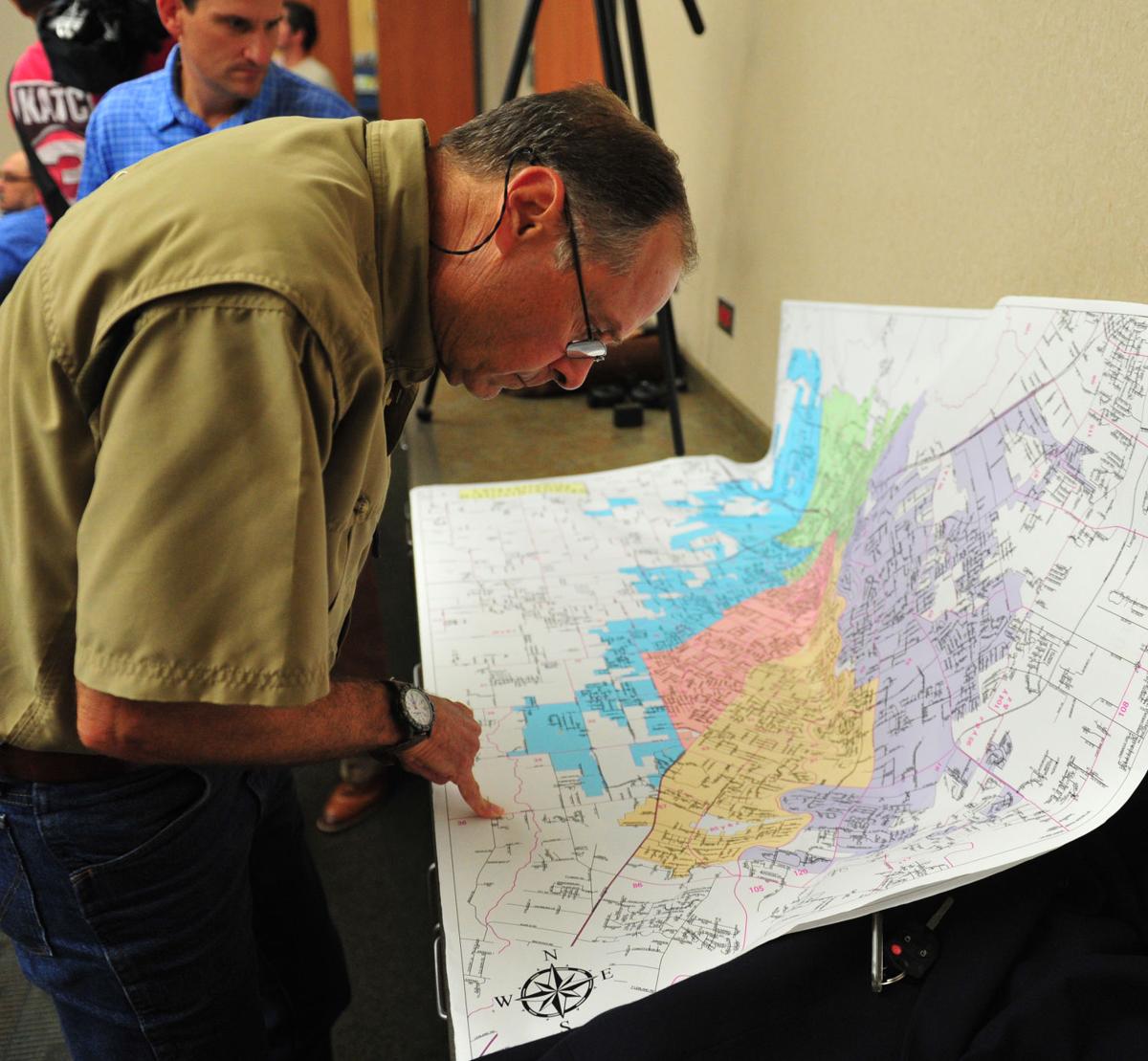 Jerry Fontenot studies a map before the start of a townhall meeting to discuss proposed charter amendments at South Lafayette Regional Library on Monday, July 16, 2018. 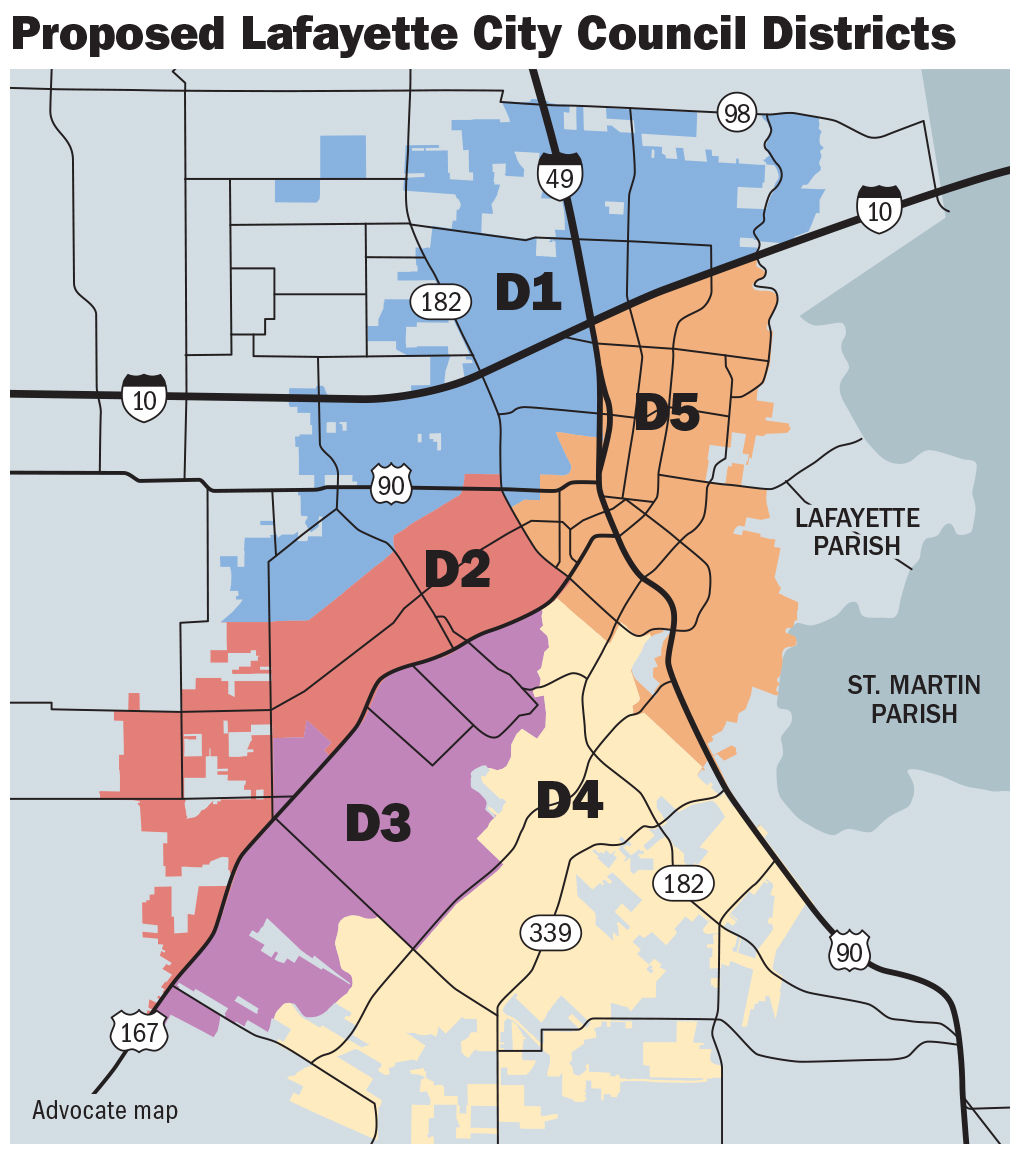 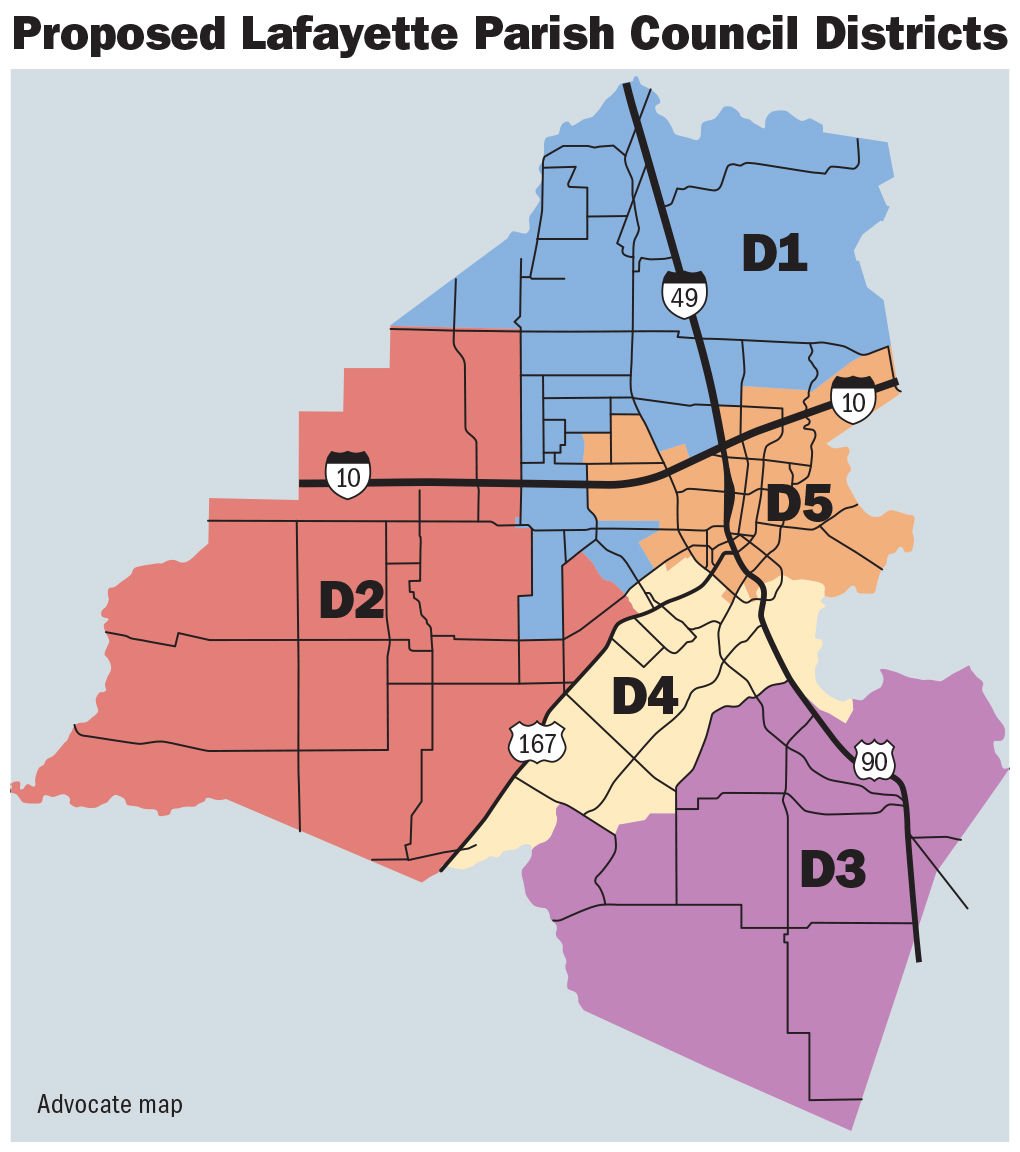 Jerry Fontenot studies a map before the start of a townhall meeting to discuss proposed charter amendments at South Lafayette Regional Library on Monday, July 16, 2018.

The validity of the landmark Dec. 8 election splitting the Lafayette City-Parish Council into separate bodies has been thrown into question.

The problem is that the City-Parish Council ordinance calling for an election to revise the charter contains descriptions of proposed new council districts that do not align with corresponding district maps, as identified by Charlene Meaux-Menard, who is the Lafayette Parish registrar of voters.

Mayor-President Joel Robideaux told City-Parish Council Chairman Jared Bellard in an email Thursday morning that another election is likely needed, based on a phone call with Secretary of State Kyle Ardoin.

Robideaux said in the email that Ardoin told him the matter "MUST go back to a vote of the people."

Ardoin is convening a meeting in his office Monday morning with Robideaux, Bellard, Meaux-Menard and others to discuss the issue, according to an email he sent to Bellard shortly before 3 p.m. Thursday. Ardoin’s office did not responded to The Advocate's queries Thursday.

Meaux-Menard identified problems with 16 precincts in an email to council members on Wednesday, although some of the problems appear to be simple typos. Other problems are more substantial.

For example, the newly revised charter language splits the 74th voting precinct between the 2nd and 3rd city council districts, with Coulee Mine serving as the eastern boundary. But the 74th precinct ends at University Avenue, leaving areas between the coulee and University Avenue without city council representation, according Meaux-Menard's rendering. The affected area is between St. Landry Street to the north and Johnston Street to the south.

“I cannot place my voters until we have got these issues cleared up,” Meaux-Menard said.

Part of the problem is that the precincts in the written charter revisions are based on the 2010 census, while the maps reflect municipal boundaries that have changed over the past decade with annexations, Meaux-Menard said.

The charter amendment splitting the council into two bodies, one for the City of Lafayette and another for the parish, was intended to give city residents autonomy over matters — such as the city-owned Lafayette Utilities System and the police department — that are supported only by city taxpayers. The split is to take effect next year.

In the current setup, Lafayette residents don't have their own mayor or council. All nine City-Parish Council members have equal voting power on all matters. Some of the current council districts include other municipalities with their own city councils, as well as unincorporated areas, allowing those residents a say on matters affecting only the City of Lafayette.

While no one disputed the fundamental unfairness of the existing system, opponents contended that members of the Fix The Charter movement and their council allies rushed the charter amendment without a proper public discussion.

“I think all intentions were correct but it was done very quickly and mistakes were made,” Robideaux said in a press conference on Thursday.

Council Chairman Jared Bellard, who, like Robideaux, opposed the charter amendment, called for a new vote.

“It’s a big deal because the public was misled. I’m thinking they rushed this through and did it wrong,” Bellard said.

Kevin Blanchard, a Fix The Charter organizer, noted that the proposal was debated in town hall meetings in every council district, resulting in multiple revisions to the new district maps. He also noted that the ballot language described the split, along with other changes to local government, without the problematic technical language and district maps included in the ordinance calling for the election.

"I’m not sure why we wouldn’t be able to just have an ordinance to clean up that textual language,” Blanchard said. "It would be disappointing if some bad paperwork leads to the thwarting of the will of the people.”

Ardoin says new charter election is local decision, but legal jeopardy could result without one