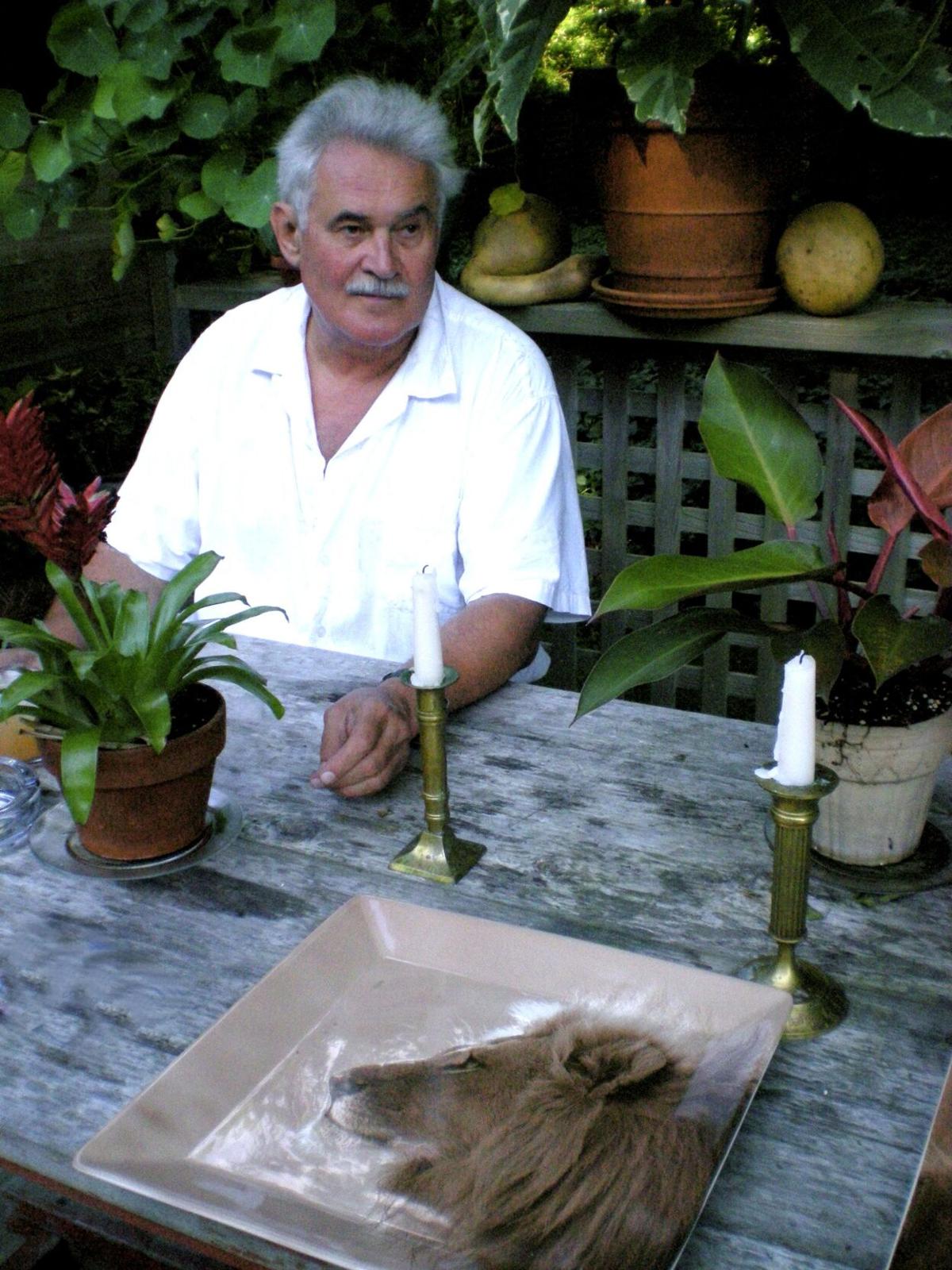 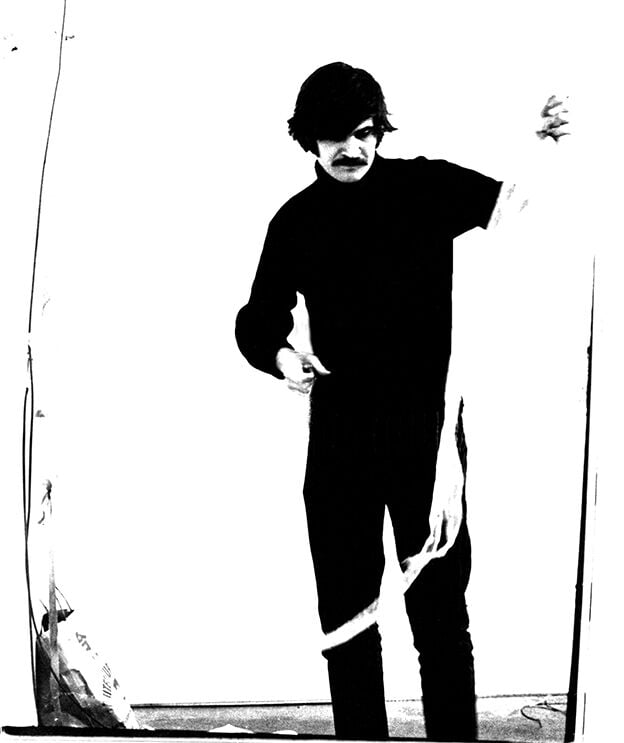 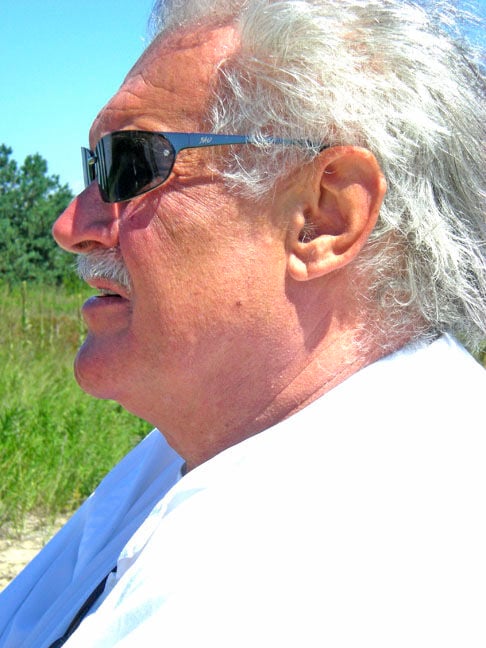 A Cajun sculptor who gained international admiration far from his Evangeline Parish boyhood home has died of colon cancer.

Keith Sonnier, 78, grew up in Mamou, son of a small-town merchant, and attended local schools and the University of Southwestern Louisiana, now the University of Louisiana at Lafayette. After graduation he studied painting briefly in Paris, then enrolled at Rutgers University, where the art department enjoyed a robust reputation for pop art.

Sonnier’s sculptural work, championed by a Rutgers faculty of notable contemporary artists like Roy Lichtenstein and Robert Morris, drew notice in New York early in his career, especially for his use of unlikely matter like colored neon, rubber and glass. By the late 1960s, his work had been displayed at the Whitney Museum of American Art in New York City.

Herman Mhire, former UL Lafayette art faculty member, said Sonnier was among a group of students influenced by Calvin Harlan, an art professor at the university in the 1950s and '60s. He was close friends with UL graduate and musician and photographer Dickie Landry of St. Martin Parish, and others from the Gulf Coast, including artist Robert Rauschenberg, whose family lived in Lafayette. The artists supported one another in navigating the New York City arts scene. Landry played at gallery openings for Rauschenberg and Sonnier and other artists.

In a Monday story about Sonnier’s death, published in ArtForum, the publication noted that in 1969, “Sonnier began his “Ba-O-Ba” series,” which became a lifelong pursuit. “Titled after a Cajun expression meaning ‘color bath’ or ‘light bath,’ the ‘Ba-O-Ba’ works combine colored neon and reflective glass shapes in abstract compositions based on the Golden Ratio,” the publication said.

Sonnier received a Guggenheim fellowship and two National Endowment for the Arts grants. Pace Gallery, with whom he’d exhibited for the past 15 years, said Sonnier had been the focus of some 150 one-artist exhibitions, including at the Alexandria (Louisiana) Museum of Art and the New Orleans Museum of Art.

The College of the Arts at the University of Louisiana at Lafayette awarded Sonnier the SPARK Lifetime Achievement Award in 2014. The award honors alumni and members of the community who have advanced the arts in Louisiana and across the country. Other SPARK Award winners included painter George Rodrigue, architect A. Hays Town, musician Michael Doucet avec BeauSoleil, Landry and Mhire.

Recent exhibitions included “Keith Sonnier: Until Today,” his first U.S. solo exhibition since the 1980s at the Parrish Art Museum in Water Mill, New York; and “Louisiana Suite” at the Kasmin in New York City.

"Keith Sonnier: Until Today is the first comprehensive museum survey for Keith Sonnier, a pioneering figure in conceptual, post-minimal, video and performance art of the late 1960s," said notes to the exhibition at the New Orleans Museum of Art. "... Sonnier was one of the first artists to incorporate light into sculpture: an innovation that forms the foundation of his subsequent work."

NOMA said, "Since the late 1960s, Sonnier has continued to forge a sculptural language that defies easy categorization. From his earliest investigations of fleeting and unstable materials like lint, latex and neon, to his later expressions of the way architecture, light and form come together to shape human experience, communication and interconnection, Sonnier’s art has radically reframed sculpture’s role and function."

Landry, friends with Sonnier for 52 years, said, "You couldn’t find more of a Southern gentleman."

"He had great insight about human beings and what makes art great and what makes a great artist," Landry recounted. Landry said he moved to New York City in 1969, and through Sonnier met Philip Glass and Richard Serra, with whom he played for many years as part of the Philip Glass Ensemble. He said seven people from Acadiana eventually played in the ensemble, which he joined in 1969.

The Hilliard Museum on the UL Lafayette campus showed his work in 2014. The museum owns two of Sonnier’s works, one a painting and the second a sculpture, museum director LouAnne Greenwald said.

The Hilliard Art Museum expressed its sadness at Sonnier's passing.

Curator of Exhibitions, Ben Hickey, said: "His work holds a special place for me because I saw my first Sonnier while in grad school. It was his public installation, "Motordom," commissioned for the Los Angeles Caltrans District headquarters in 2004.

"Motordom" did what so many textbooks could not explain about his work. Its blinking neon lights vividly illuminated the night and created an environment that was sublime and immersive but also referenced tail lights in Los Angeles traffic. Standing there was akin to experiencing a sense of being rather than like looking at a work of art. I was in a place feeling the endless possibilities art holds.

"When I think of Sonnier’s work I do not think of his many accolades. I think of freedom of expression and optimism. I am immensely sad he has passed away but am glad his work taught me so much, especially in our uncertain historic moment when optimism is needed."

Safe at home: New organization urges locals to use sense to stop COVID-19