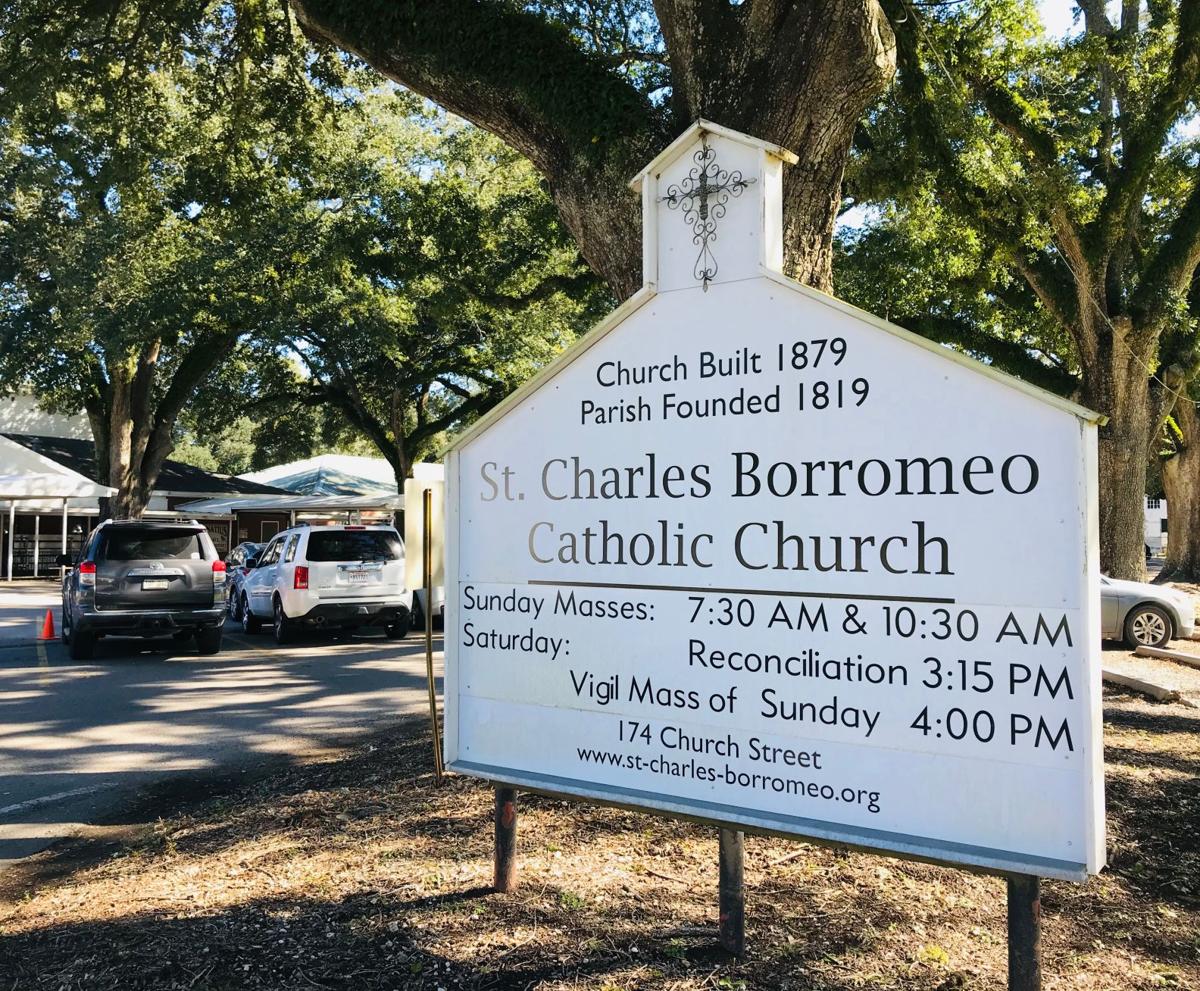 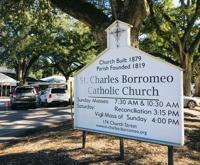 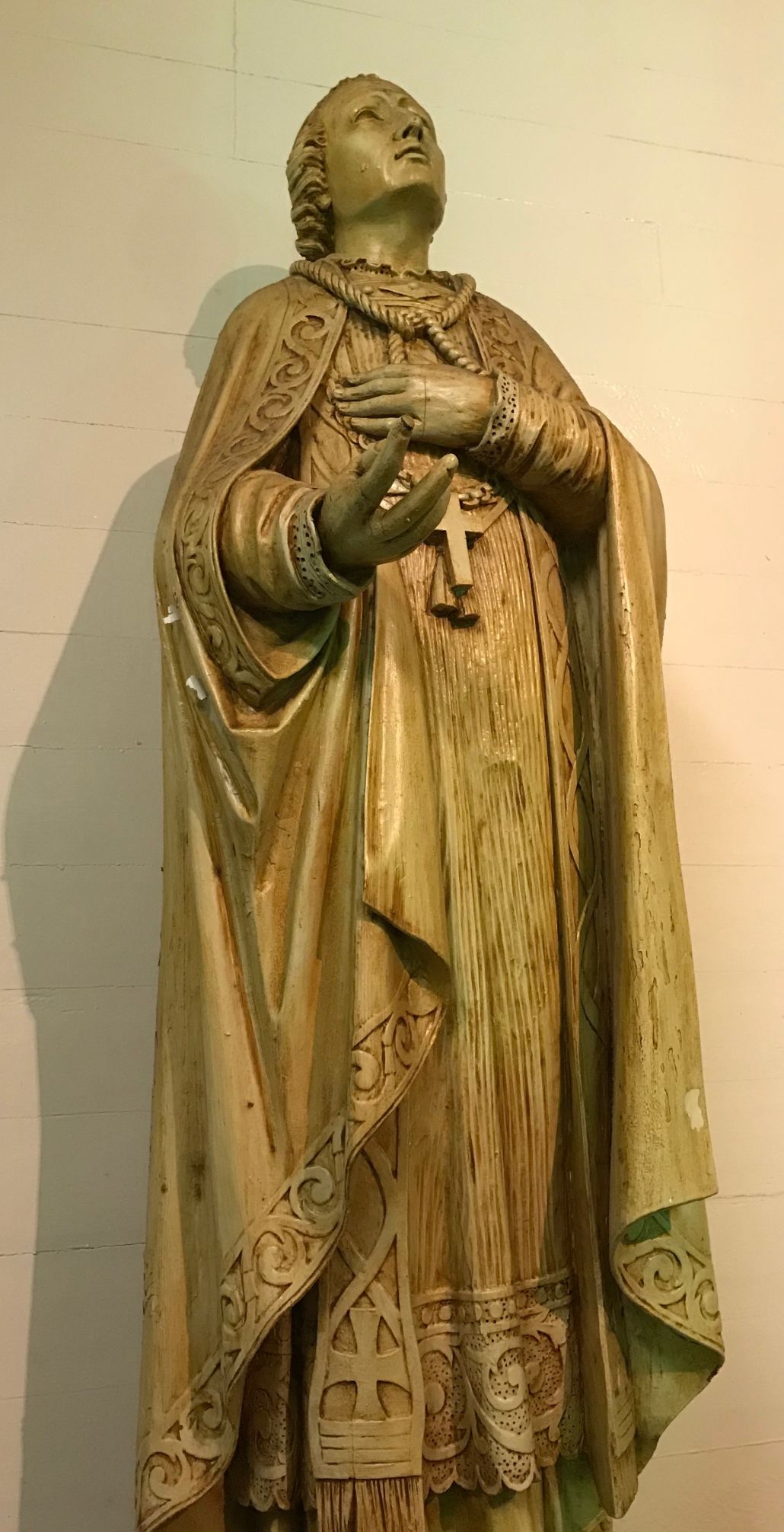 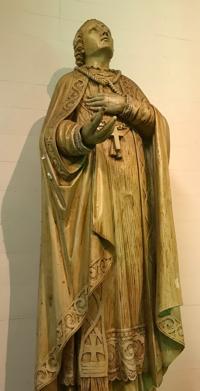 A statue of St. Charles Borromeo 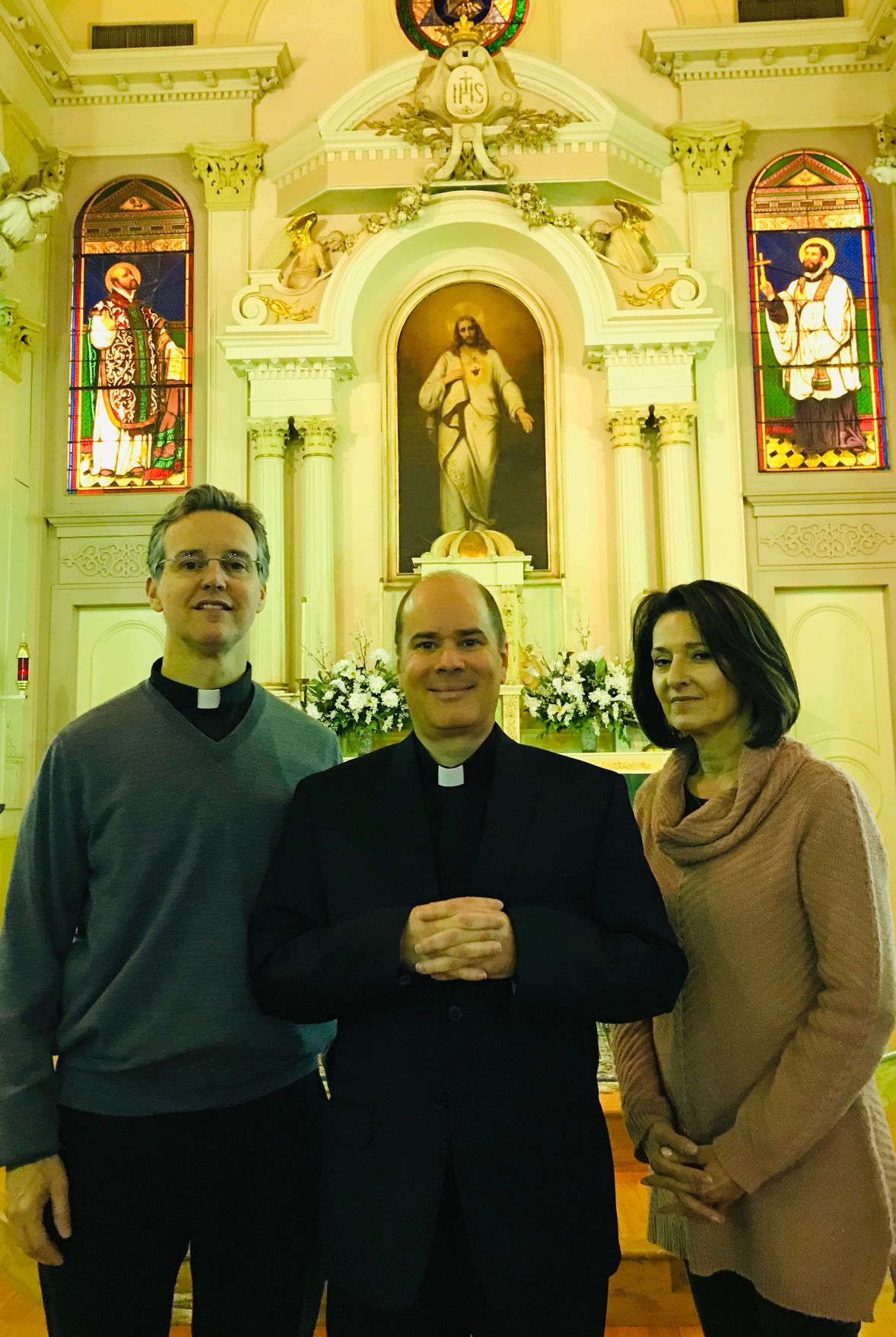 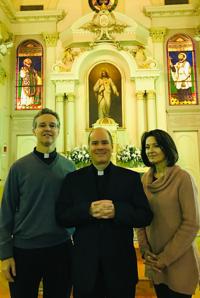 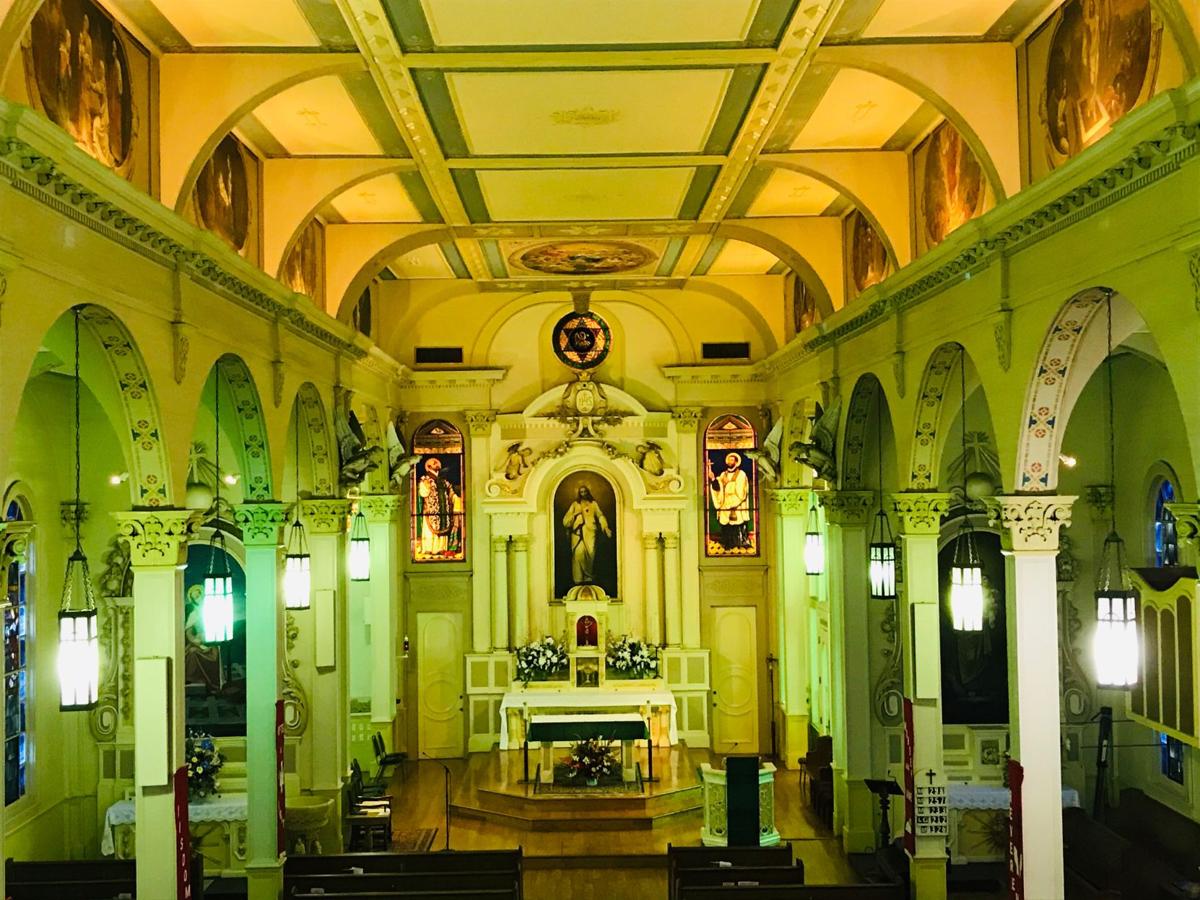 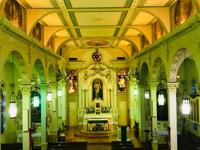 A statue of St. Charles Borromeo

They’ll celebrate “God’s presence in our lives. They’ll celebrate one body, one spirit in Christ. They’ve responded to God’s invitation by living their Catholic faith” — since the parish was established in 1819, the 17th Catholic church in Louisiana, he said.

A Bicentennial Mass is planned for 10 a.m. Sunday at the church. Parishioners of the weekend Masses at St. Charles and at its sole remaining mission church, Christ the King in Bellevue, will meet in “unity” at the single service to be celebrated by Weingartner, the pastor; the Revs. Mark Kramer, S.J., Clyde LeBlanc, S.J., church associate pastors; and the Revs. Michael Wegenka, S.J., and Andrew Kirschman, S.J. Jesuits have staffed the church since 1837.

The tours included stops at myriad grave sites, perhaps to include those of:

Weingartner said Sunday will represent the culmination of the 200th anniversary of the church; other events this year have included a concert and an oral history symposium. Parishioners had hoped to celebrate, as well, a million-dollar face-lift on the present wooden church building, which was erected in 1879. He said contractors discovered additional, extensive damages to the church’s exterior that won’t be remedied until next year.

“We’ve spent two years preparing for this project,” he said, but it will take several more months to complete it.

The church’s interior, though, is largely pristine, steeped in European influence and presented in some splendor, especially for a church established to serve working farmers in a rural setting. Sacred artwork abounds: windows, carvings, statuary and paintings. Some was donated, some created on site.

Barry, who wrote a history of the 1879 church building, said support for the church’s construction in 1879 came from the Jesuits and Sacred Heart sisters, both whom could draw from their European roots. The sisters helped generate donations, so did parishioners. The Jesuits donated land. Pope Pius IX donated a blue cameo, which generated funds through a raffle.

The church’s interior was enhanced by myriad donations and efforts. The Sacred Heart of Jesus painting that looms over the altar was first painted for the duchess of Sagan, a Parisian socialite, Barry said. Sacred Heart Mother Mary Aloyisia Hardey donated the Stations of the Cross. Mother Mabel Digby donated a replica of Our Lady of Sorrows, made in Chicago, in 1899.

Barry’s church history, “For the Honor and Glory of God,” said 17 works of art were created by Erasmus Humbrecht, a painter from Alsace-Lorraine, who earned a living for his family painting churches in New Orleans and, pressed to find new sources of income, traveled to Grand Coteau in 1880 to offer his services. There, he painted 17 works — 15 Mysteries of the Rosary and two canvases over the side altars. Barry said Humbrecht lost three of nine children to illness; their faces are included as angels or cherubs in some of his work in Grand Coteau.

The church has spawned numerous Catholic parishes since it was established. Those that trace their roots to Grand Coteau include churches in Lafayette, Arnaudville, Rayne, Mermentau, Church Point, Crowley, Iota and Cankton. Established as St. Charles, it was renamed Sacred Heart in 1880 and back to St. Charles in 1971, when two churches, Sacred Heart and Christ the King, united.

That long journey will be recounted this weekend, Weingartner said, through the celebration that marks St. Charles Parish as “holy ground,” an anchor to the community that reaches back to Grand Coteau’s roots.

Hundreds gathered at the Cathedral of St. John the Evangelist Saturday to honor the lives of more than 35 unclaimed decedents in Lafayette Par…