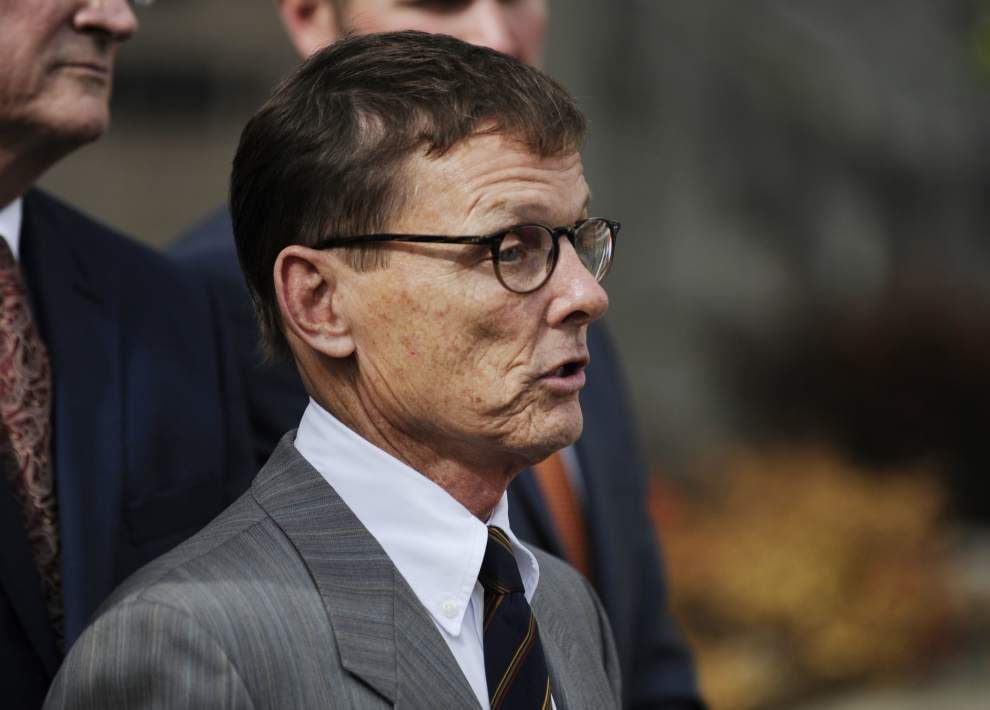 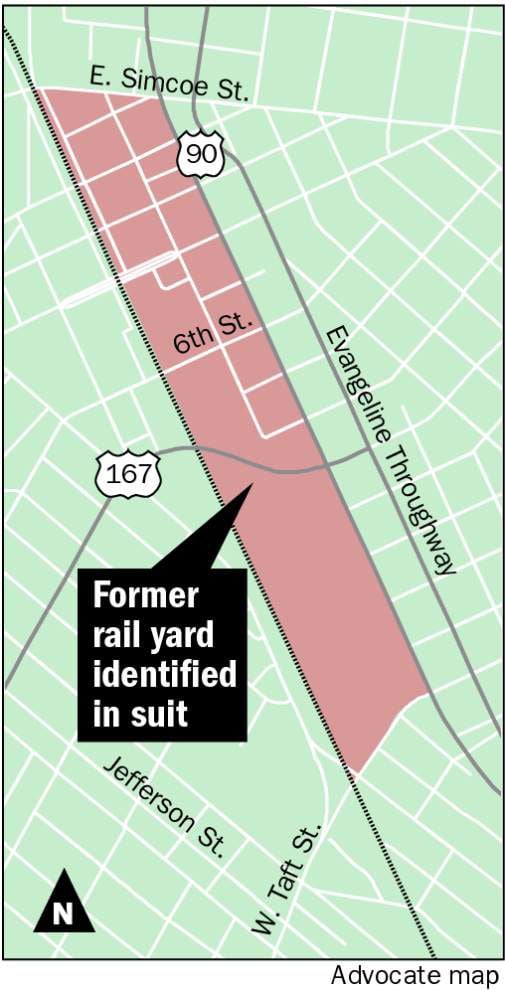 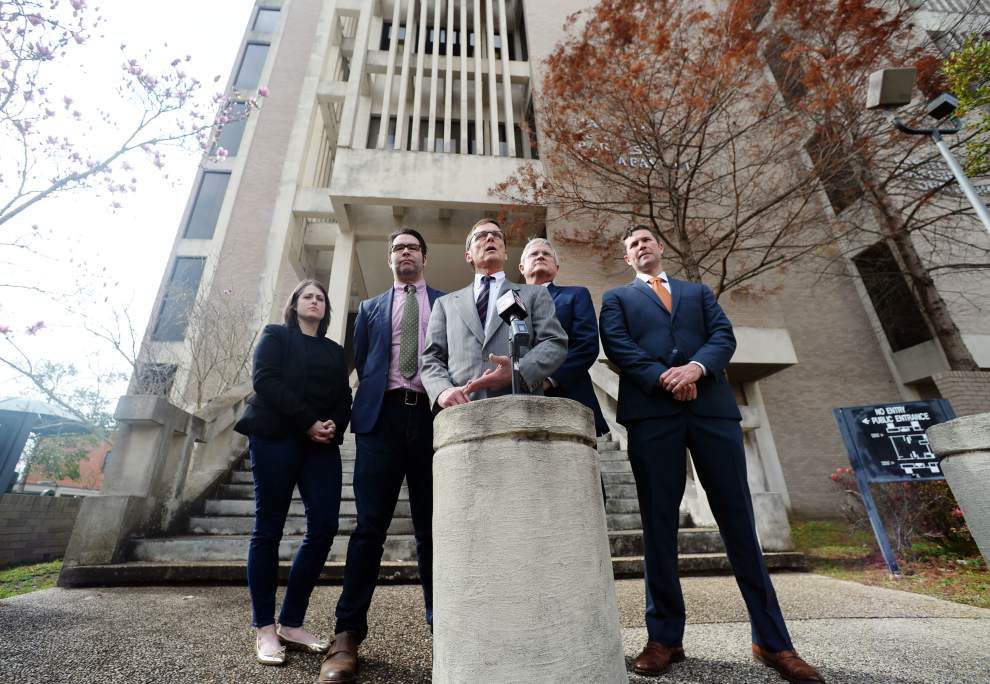 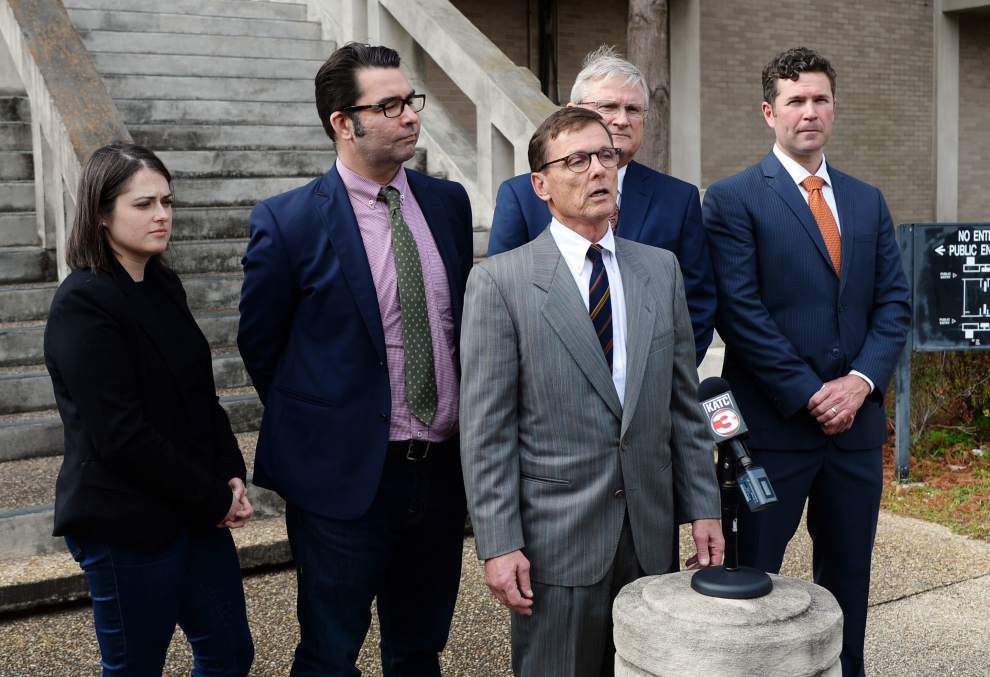 The state Department of Environmental Quality has long known about the contaminated site, which it has attracted increased attention as planning moves forward on the Interstate 49 Connector through Lafayette.

The lawsuit, which names as defendants the Union Pacific Railroad Co. and others, seeks a comprehensive study to determine if contamination at the site might be seeping into the Chicot Aquifer, the source of Lafayette’s drinking water.

“This suit will not go away until we get firm answers, scientific solutions, to this problem,” said Lafayette environmental lawyer William Goodell Jr., who filed the case on behalf of Barry Sallinger and The Salvation Army.

Sallinger and The Salvation Army both own property in the area of the old rail yard.

At issue is a 40-acre site bounded roughly by Simcoe Street to the north, the Evangeline Thruway to the east, Taft Street to the south and downtown area railroad tracks to the west.

Much of the area was used as a rail yard from the late 1800s until the 1960s, according to DEQ records.

Studies have documented the presence of a long list of contaminants there believed to have been related to railway activity: fuel spills, leaking storage tanks, and rail car stripping and painting operations.

A portion of the site has already been the subject of two prior environmental lawsuits, one filed by Consolidated Cos., which purchased a portion of the site from Union Pacific and later reached a settlement with the railroad company for an undisclosed amount.

Consolidated Co s. also is named as a defendant in the lawsuit filed Monday.

There are no records of any major clean-up at the site, but DEQ has mandated that further study would be needed for much of the property should it be used for any purpose other than industrial.

“Nothing significant has been done to address this,” Goodell said.

Union Pacific and DEQ both declined comment on the lawsuit.

Lafayette Utilities System Director Terry Huval, whose department oversees a public water well near the contaminated site, said the state Department of Health and Hospitals routinely checks the water quality at the well.

“DHH has not indicated that there is any issue concerning this or any of our water supply wells,” Huval said.

Past studies at the site give no definitive answer on whether any of the known contamination is migrating to adjacent property.

The lawsuit filed Monday includes a report by former DEQ Secretary Paul Templet, now a consultant, who said more studies are needed to determine the extent any contamination might have spread.

“It is highly likely that there are plumes of the contaminants beneath the site that can move with the groundwater and spread to areas beyond the original area of contamination,” Templet wrote.

The lawsuit seeks a comprehensive assessment of the contamination issues, the mitigation of any environmental issues identified in that assessment, damages for loss of property value and punitive damages.