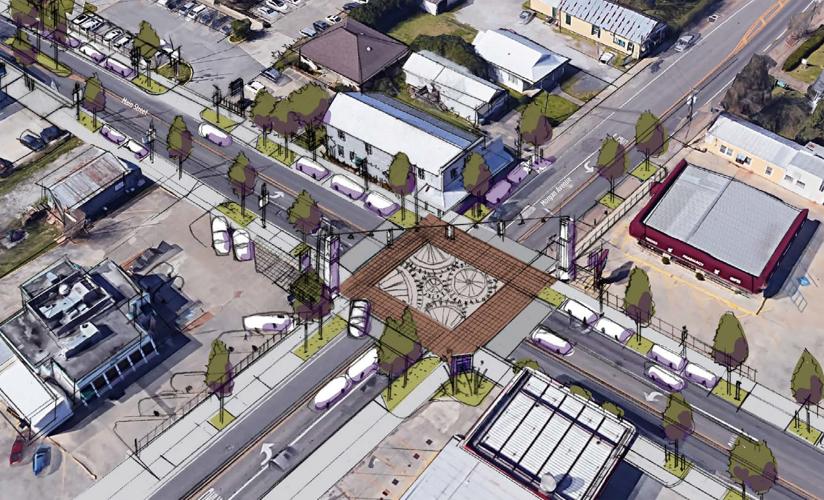 This rendering shows what downtown Broussard's historic district could one day look like. 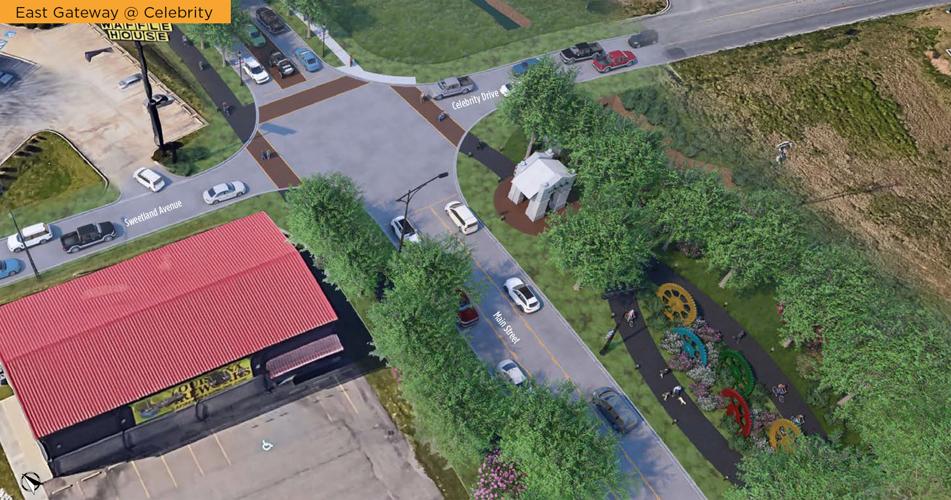 This rendering shows what the East Gateway near Celebrity Theater could look like as an entry into downtown Broussard. 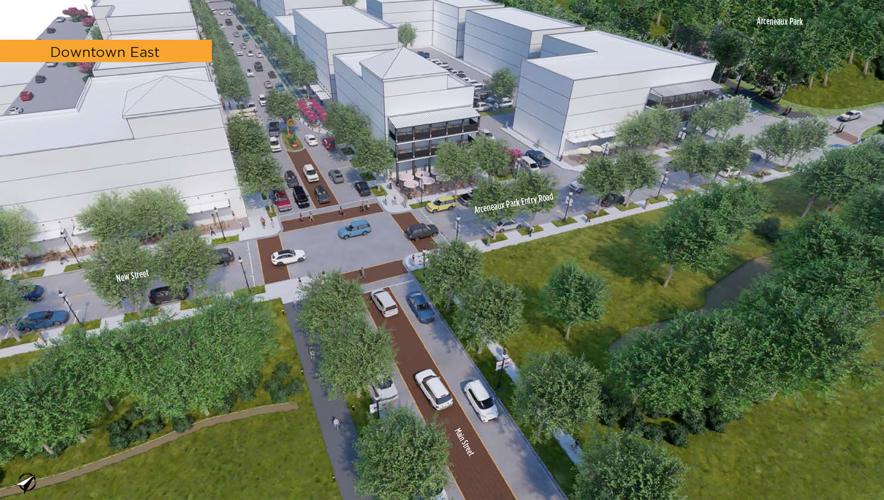 This rendering shows what the new Downtown East corridor of Main Street could one day look like in downtown Broussard.

This rendering shows what downtown Broussard's historic district could one day look like.

This rendering shows what the East Gateway near Celebrity Theater could look like as an entry into downtown Broussard.

This rendering shows what the new Downtown East corridor of Main Street could one day look like in downtown Broussard.

Downtown Broussard will soon see infrastructure and aesthetic improvements that could help connect the growing city's historic core with its newer residential areas.

Broussard leaders unveiled on Monday a new master plan they hope will guide public and private investment along the city's Main Street corridor.

"Not only can this boost our local economy, but also enhance the quality of life for our citizens while recognizing our rich heritage," said Broussard Mayor Ray Bourque. "We can see what Brousard's future could hold."

That future could include shady sidewalks and bike paths that connect homes, schools, churches and offices to parks, restaurants and shops.

Those also align with the community vision for Broussard's Main Street that took shape during public meetings last summer ahead of the master plan's development.

Geoff Dyer, the urban planner leading the project, said Broussard is in a position to take action soon because of its planned infrastructure improvements to roads, drainage and utilities.

"This is a great opportunity," Dyer said. "It's something we have to do anyway, so why not look to the future for what changes we want to see in the city?"

The new master plan identified six regions with five gateways to set a foundation for future growth along Main Street. The six regions include:

All of the sections would have common elements, including 10-foot multi-use paths for pedestrians and bicyclists, two 11-foot lanes for vehicle traffic, consistent banners and lighting elements, shade provisions and drainage standards.

"You're really creating something that's a dynamic downtown," Dyer said. "I really see this as a much more connected downtown."

At least one developer has made plans to invest in downtown Broussard with commercial and residential projects.

Clifton Guidry is ready to break ground on Parc des Aimee, a retail development at 403 E. Main St. with a planned courtyard and gazebo, and The Sax Condominiums at 70 E. Main St.

The developer was inspired by the city's initiative to make aesthetic improvements while addressing infrastructure improvements. He attended public meetings last summer to share his thoughts with Bourque, Dyer and others involved in developing the master plan.

Those who attended a public meeting Monday evening at The Ballroom of Broussard responded favorably to the new master plan.

One resident said he's lived in the city his entire life and has never seen such a comprehensive plan for addressing problems and planning for future growth.

Walter Comeaux, the city's engineer, said the master plan will be implemented in phases once costs are determined and plans are drawn.

There is no timeline yet for when work will begin, or what the first project will be.

"What we're trying to accomplish here is not to erase the Broussard we all grew up in," Comeaux said. "It's to keep that, but the one thing we all know is that cities that don't invest in their downtowns go away. That happens all over the country."

"This is just the beginning," Guidry said. "I'm hoping the community can have a place to gather and walk around, visit, have a drink or a nice little meal, listen to music. It would be nice to get people downtown to see the heritage that Broussard has."

As the city of Broussard prepares to unveil a master plan for its downtown district, at least one developer is ready to break ground on projects.