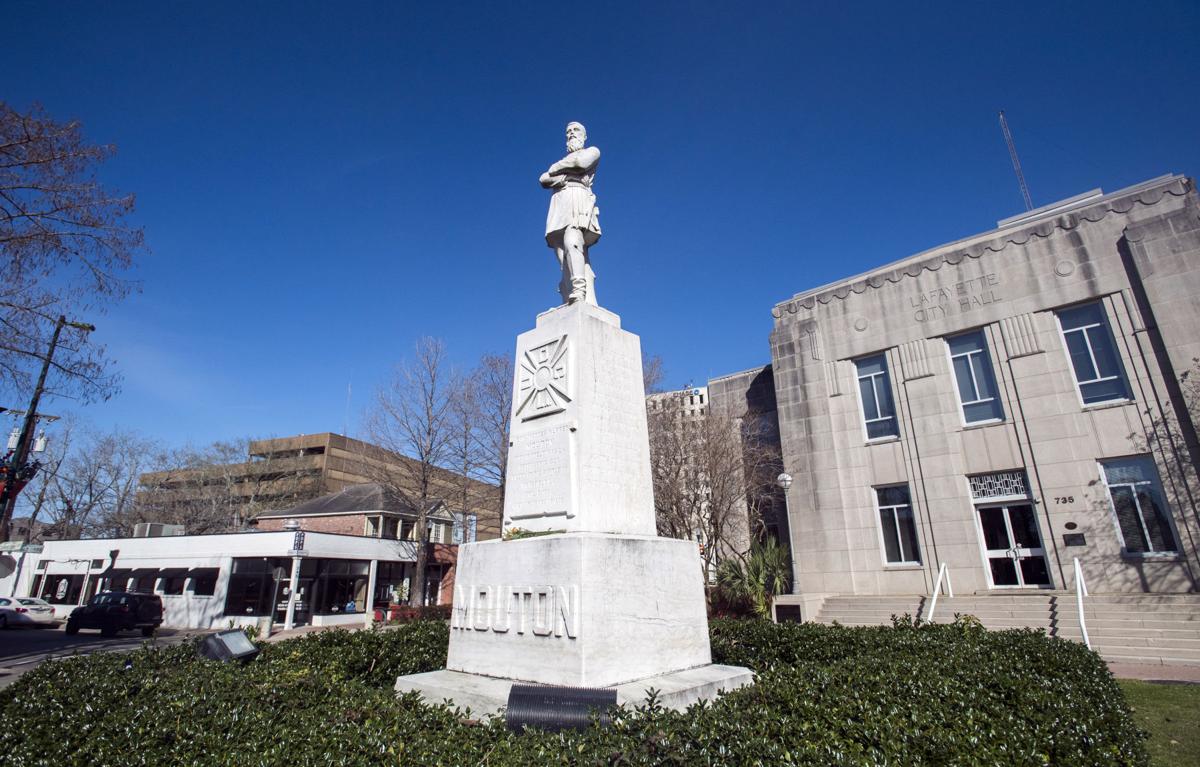 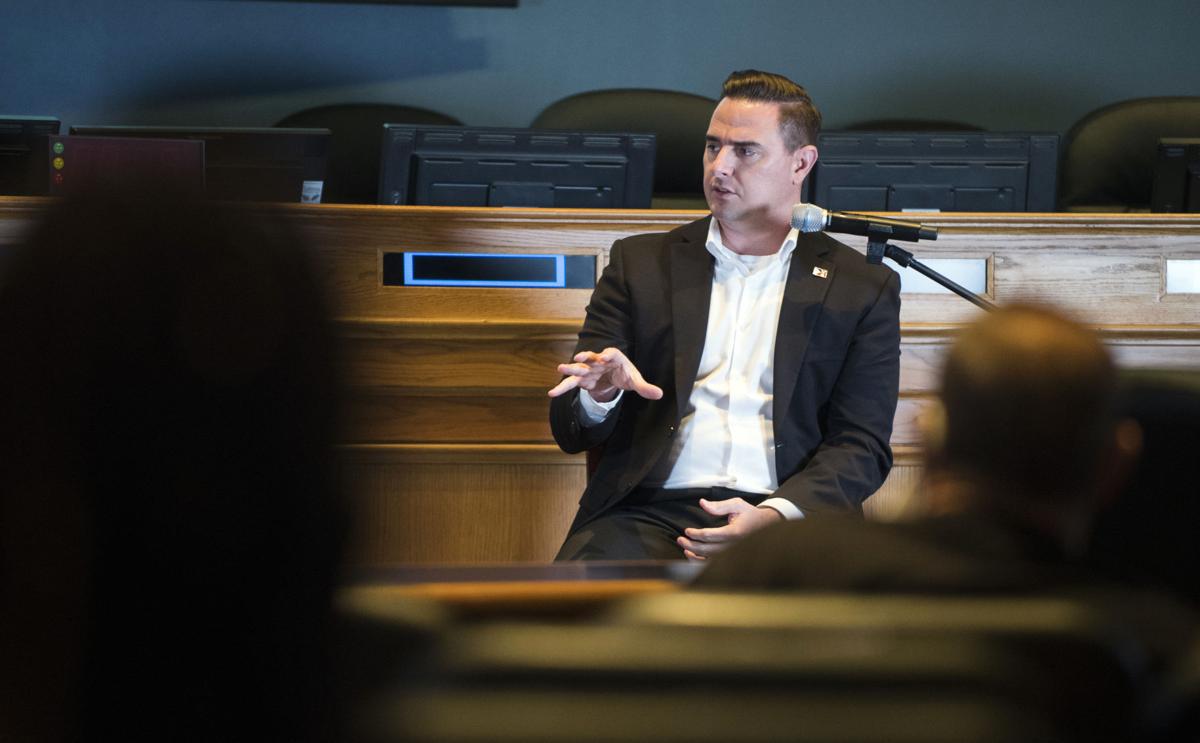 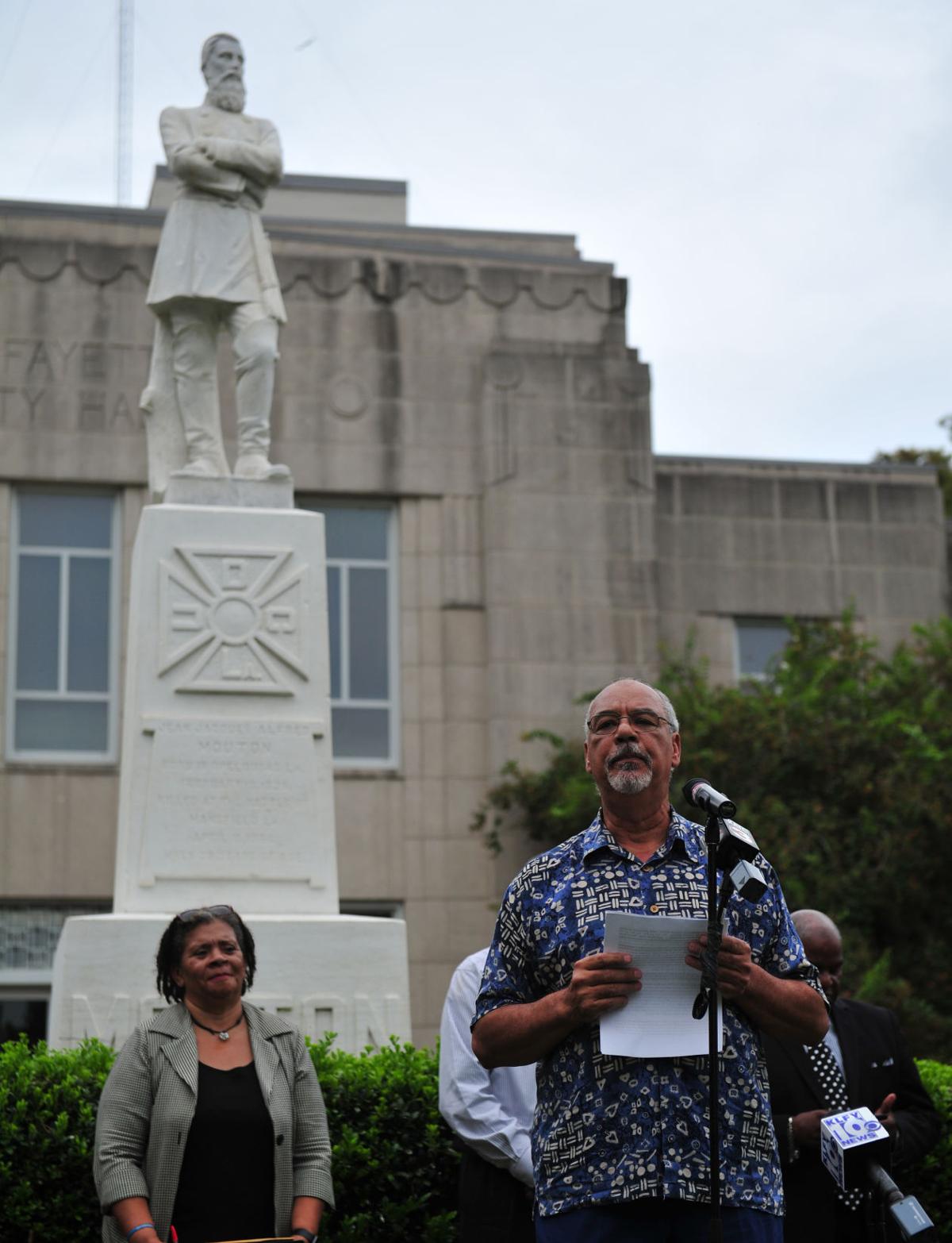 Lafayette Mayor-President Josh Guillory announced Wednesday evening he will ask city-parish attorneys to take action to remove the statue of Confederate Gen. Alfred Mouton from city property where it was erected at an entrance to downtown in 1922.

Guillory said he'll also ask the court to protect the statue from destruction and seek a resolution of support from the City Council.

"We will work to ensure the statue of General Mouton finally rests at its most appropriate place, offering proper historical context for his life and legacy," Guillory wrote. "We will work conscientiously to free the public space in front of the old city hall for activities appropriate to our community in 2022."

Since the May 25 killing of George Floyd, a Black man, at the hands of four Minneapolis police officers, protests about racial injustice have occurred across the country, including in Lafayette. In some cities, rioters pulled down Confederate statues. That didn't happen in Lafayette, but calls to remove the Confederate statue have grown louder.

Mouton was a landowner and slave owner in Lafayette who died fighting for the Confederacy during the Civil War. In 1922, during the Jim Crow era of Black suppression, the United Daughters of the Confederacy Alfred Mouton chapter paid for the statue and donated it to the city. It stands at the intersection of Jefferson Street and Lee Avenue in downtown Lafayette. The city pays to maintain the statue and property around it.

In 1922, the Jim Crow era, Guillory said in a videotaped address Wednesday, Black people were systematically denied their basic rights.

“It was a time that glorified and preserved the idea that people of color are somehow less than others," he said. "That they are not equal.”

In 1980, when the city wanted to move the statue to the new city hall on University Avenue at St. Landry Street, the Daughters of the Confederacy took legal action, eventually coming to an agreement with city leaders and obtaining a permanent injunction to stop removal of the statue unless necessary for road work.

"I appreciate the position the mayor has taken," Fred Prejean, president of Move the Mindset and a litigant in the lawsuit, said Wednesday evening. "I think it was 4 1/2 years to get to this point and have an administration see things from our perspective."

Prejean said he heard Guillory's videotaped speech and, while he doesn't agree with all the mayor-president said, he is "happy he's established a path to successfully removing the statue."

A common theme at recent rallies, Prejean said, has been the need for justice.

"Moving the statue is justice," he added.

In his videotaped message, Guillory said the Mouton family founded the city and played a pivotal role in founding the parish, donating land to found the city and what would become St. John the Evangelist Cathedral. The family, including Alfred Mouton, are buried in the cathedral cemetery.

"This is our history, to understand, to learn from, to heal from," he said.

The mayor-president said he met with key stakeholders about the matter, including Bishop Douglas Deshotel and pastors in north and south Lafayette about the role the faith community can play to bring about mutual understanding.

Guillory also met with leaders of the United Daughters of the Confederacy to discuss how to protect the statue against illegal destruction or defacing.

Circumstances have changed since the UDC obtained the 1980 permanent injunction stopping the removal of the statue, Guillory said. A judge today legally can alter the agreement to protect the public safety and the statue, he said.

"At its root," Guillory said, "this is a spiritual challenge. This is a test of our most deeply held beliefs and values. It's a question of who we are and who we want to be as a people."

Guillory did not say what should or will happen with the Mouton statue if it's removed, but said the community "will honor the sacrifice of those who fought in all our nation's wars. We will honor those individuals and families who founded and shaped our community, placing their contributions in the proper historical perspective."

Mayor-President Josh Guillory's announcement Wednesday that he will seek the removal of a monument to Confederate Gen. Alfred Mouton from city…