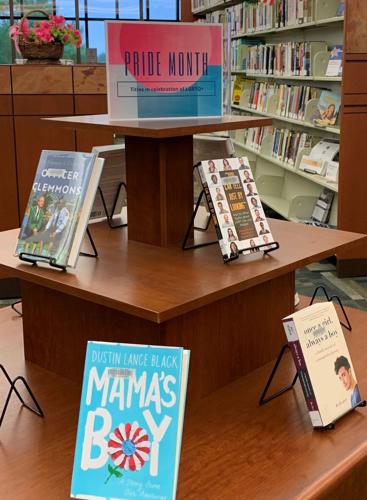 There will be no Pride Month book displays this June in Lafayette Parish public libraries, in Lafayette, Louisiana. 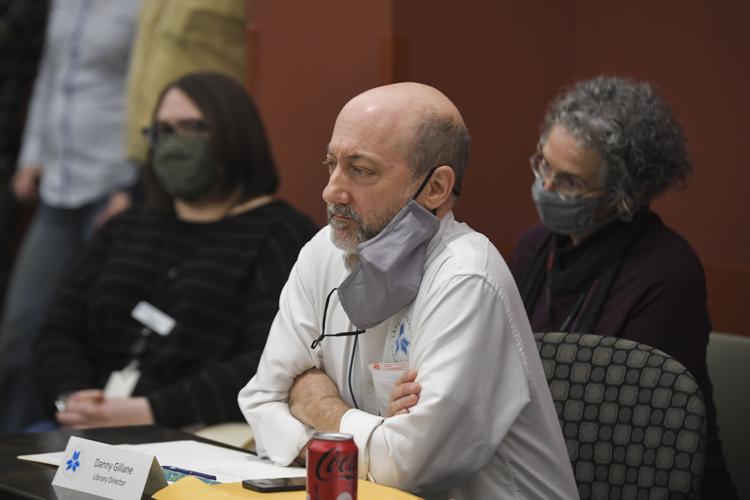 Library Director Danny Gillane listens during the Library Board of Control meeting at the Parish Library main branch.

Pride Month, which celebrates the LGBTQ+ community, begins June 1. Library Director Danny Gillane said Tuesday he had to start somewhere with the new policy which will be in place "for the foreseeable future."

"This is viewpoint discrimination," Matthew Humphrey, president of Parents, Families, and Friends of Lesbians and Gays (PFLAG) Lafayette, said. "Denying representation to any minority community at the public library will not go unanswered. We are not afraid to sue."

Gillane's explanation is that he's trying to protect the library and the library's collection of books and films.

"I’m doing this because everything’s a fight," he said. "And if I put these books out right now, I feel like I am inviting people to challenge these books."

Library patrons in late 2021 and so far in 2022 challenged two books and a documentary film, seeking to have them removed or their access limited. The first objection was to "This Book is Gay" which was shelved in the non-fiction teen section. Before the library board voted on whether to ban the book, Gillane announced he was moving all teen non-fiction books to the adult non-fiction section.

In April, the board assigned an NC-17 rating to an unrated documentary film about a man who was an unofficial pimp for gay Hollywood stars so that only those 17 and older are allowed to check out the movie which contains some nudity.

A year ago, then board vice president Hilda Edmond spoke with Gillane about complaints over Pride Month book displays.

Gillane said all the moves he’s made so far have been to keep materials in the library and keep them from being put behind a desk or a door.

Some consider his actions, including not allowing Pride Month book displays self-censorship.

"For a library that’s ridiculous," Lynette Majia, an administrator of the Lafayette Citizens Against Censorship Facebook page, said Tuesday. "It goes against everything a library is supposed to stand for."

"After two years without a full-blown celebration, we would like the focus to be on all things Summer Reading, including our displays," Gillane wrote in an email to library managers. "We want to take the spotlight away from anything considered political and focus on what the library does best: Providing programs and services to everyone in Lafayette Parish. Period."

Book displays, he said, will focus on topics like mystery, romance, science fiction and poetry.

Two library board members, including President Robert Judge, were vocal opponents of Drag Queen Story Time in 2018 where men dressed as women read to children at the public library. Humphrey was one of the event's organizers.