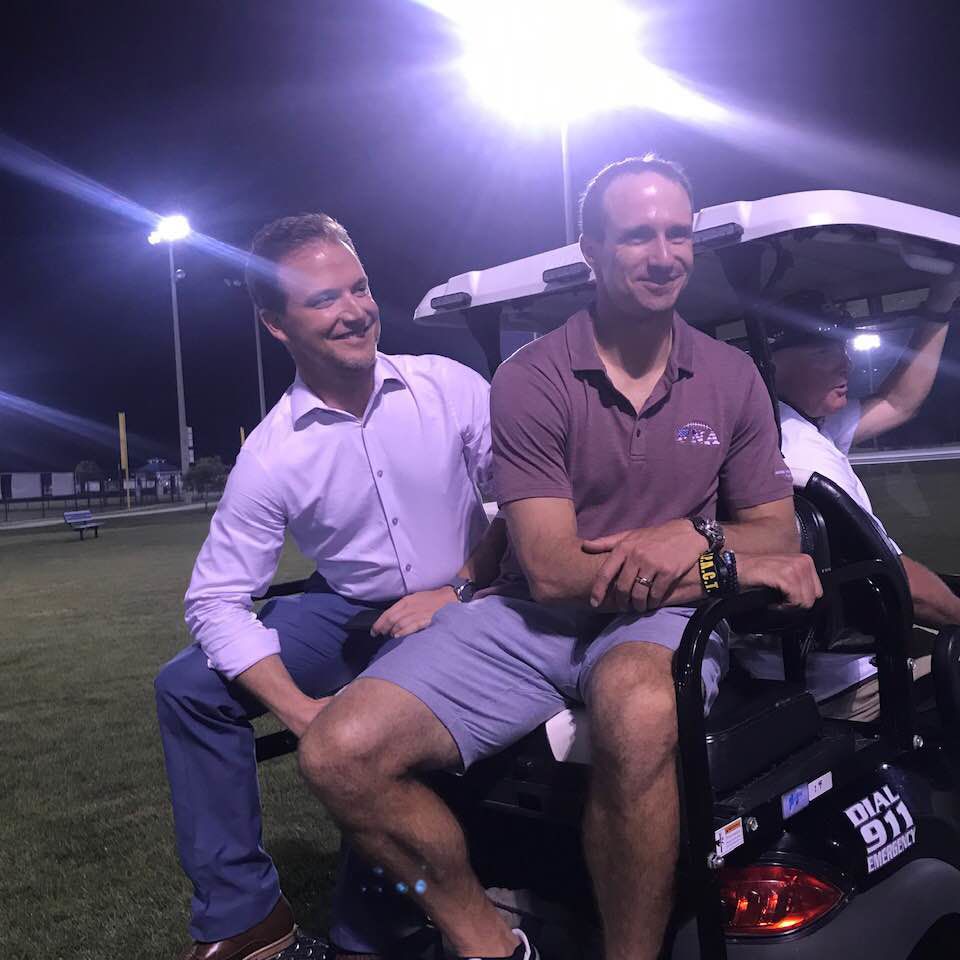 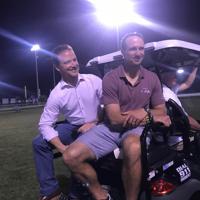 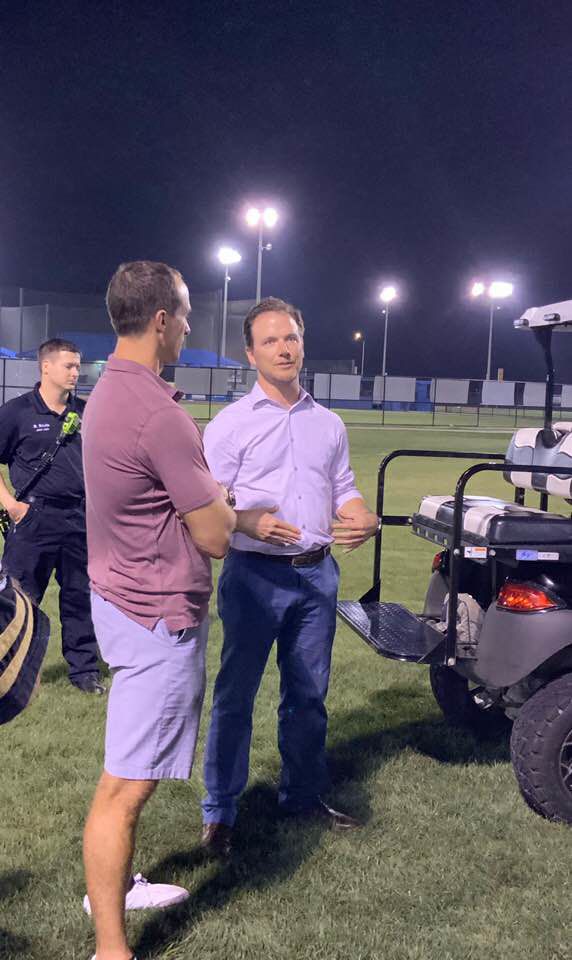 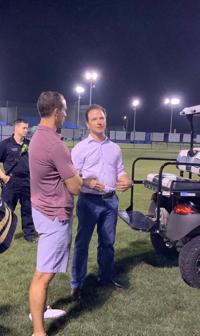 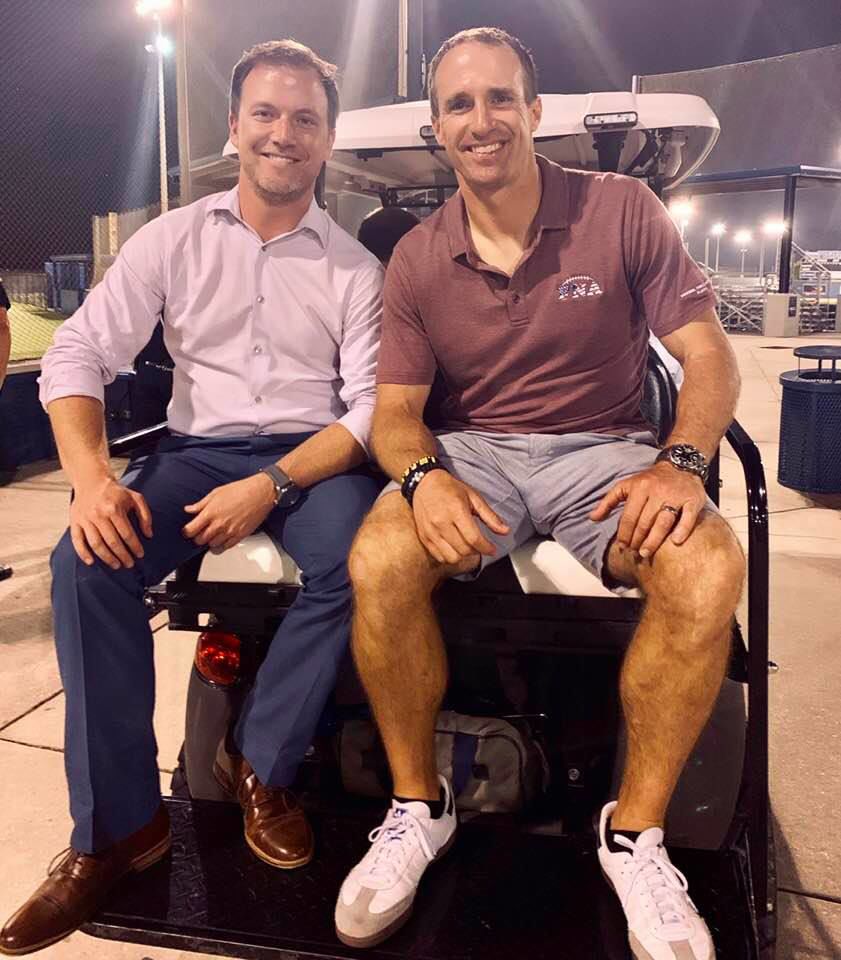 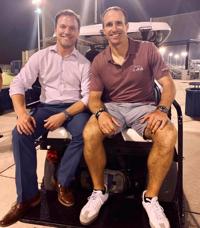 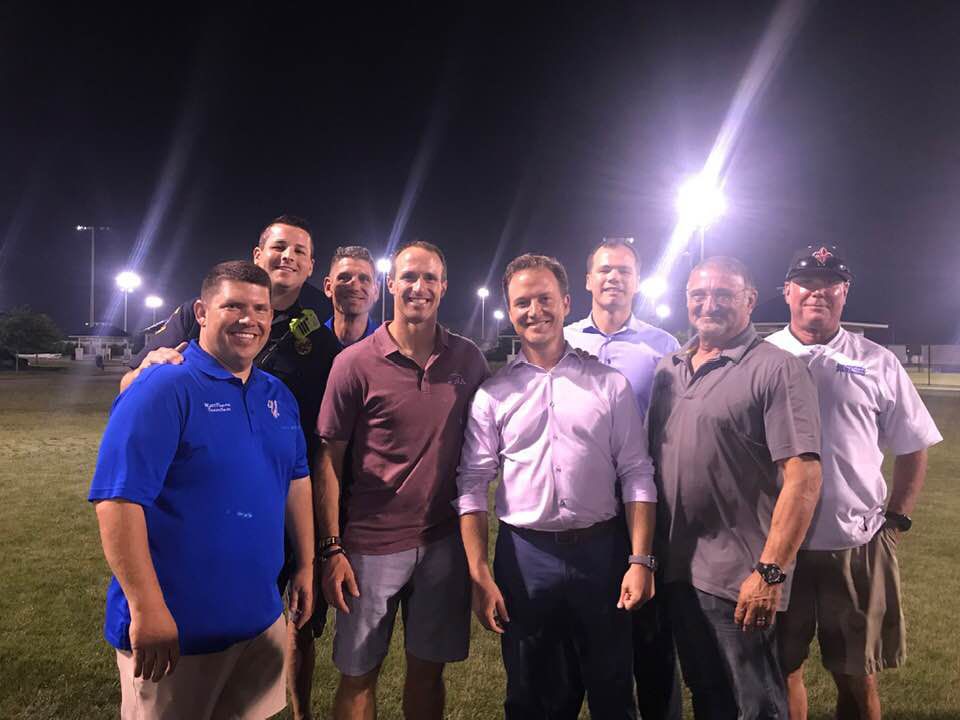 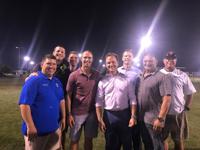 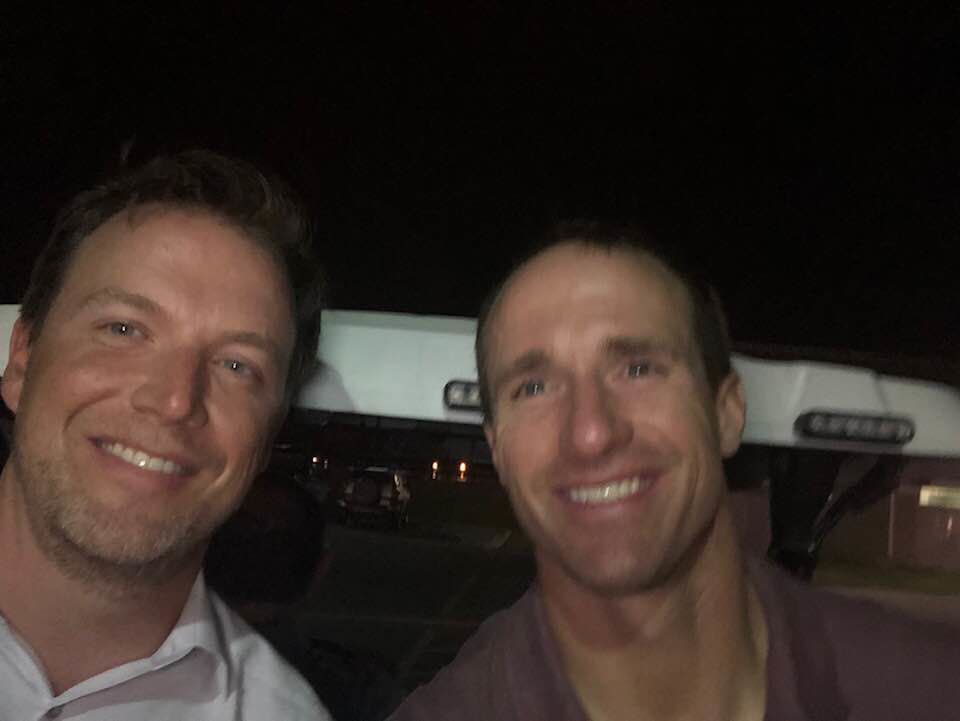 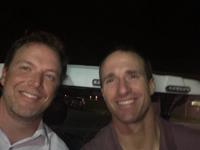 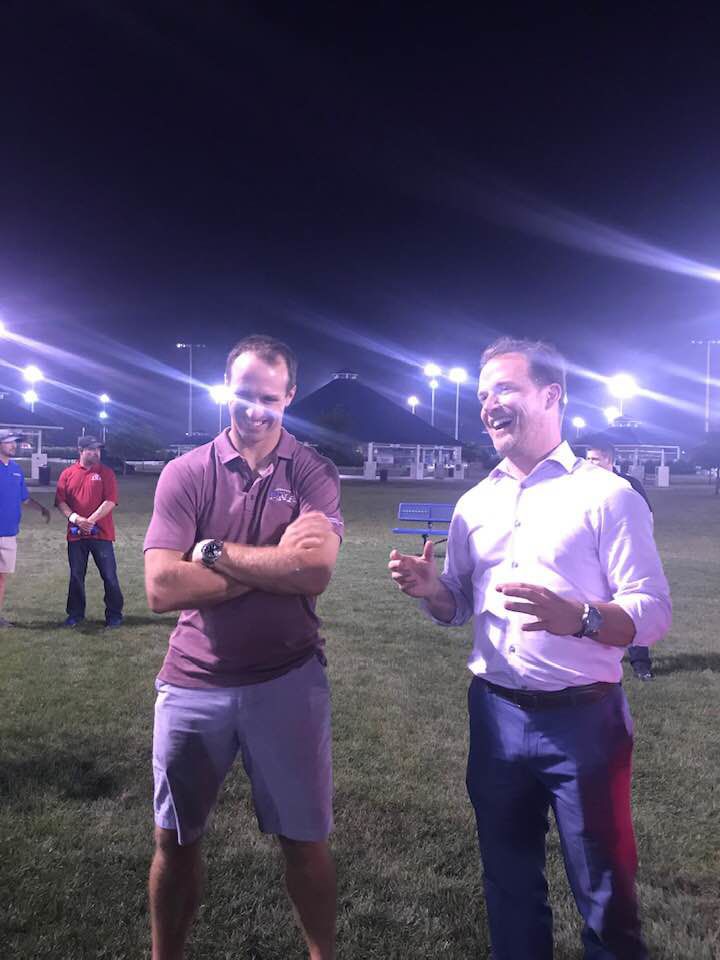 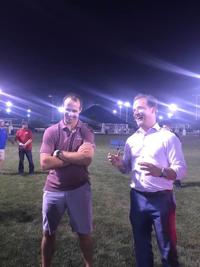 Drew Brees toured the Youngsville Sports Complex on Tuesday as a potential space for his youth flag football league.

The New Orleans Saints quarterback spent the day in Lafayette for a meet and greet with children and their parents who were signing up for his Football 'N' America football league. The noncontact, coed flag football league is for children in kindergarten through 10th grade.

Brees' team reached out to the Youngsville Sports Complex on Tuesday to set up a last-minute tour, according to Youngsville Mayor Ken Ritter.

"He'd seen aerials of it online, but he was interested in another site for his flag football program," Ritter said. "It was probably the best worst tour I've ever given — just being on the spot like that — but it was a lot of fun."

The local Football 'N' America league currently plays at Neyland Park in Lafayette, according to the league's website, playfna.com.

Brees didn't arrive at the Youngsville Sports Complex until about 9:30 p.m. Tuesday, and he spent about 45 minutes touring the facilities, Ritter said. Although they didn't come to a formal agreement, Brees was definitely interested, according to the mayor.

"We just loved having him there," Ritter said. "And I hope there's opportunities to partner with any organization he's affiliated with in the future."

"He was everything I'd always heard — exceptionally genuine, kind, just an all-around great person," Ritter said. "It was especially meaningful for me because my mother, who was a huge Saints fan, had passed away a few months ago, and I was able to share that with him."

Ritter's mom followed the Saints since the team's start in 1967, and she died during a preseason game last year. Ritter spoke about her passion for the Saints during a eulogy at her funeral.

Other Youngsville leaders, including most of City Council and the police chief, joined Ritter for the last-minute tour of the complex.

Brees also announced Tuesday that he will open a Surge Entertainment Center, a sports and family entertainment venue he co-owns, later this year in Lafayette. The 42,000-square-foot venue is set to open in October in the old Winn-Dixie at Pinhook and Verot School roads.

A Surge Entertainment Center by Drew Brees will open in the old Winn-Dixie on Pinhook Road in October.