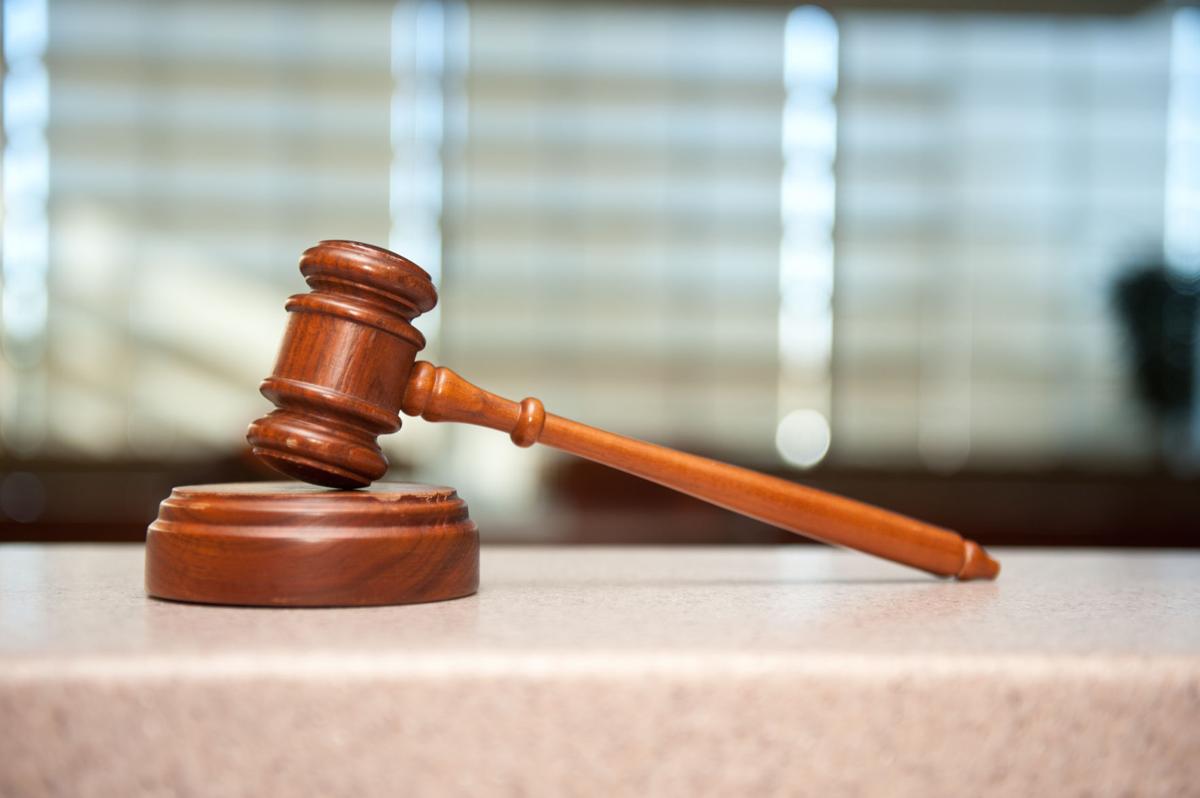 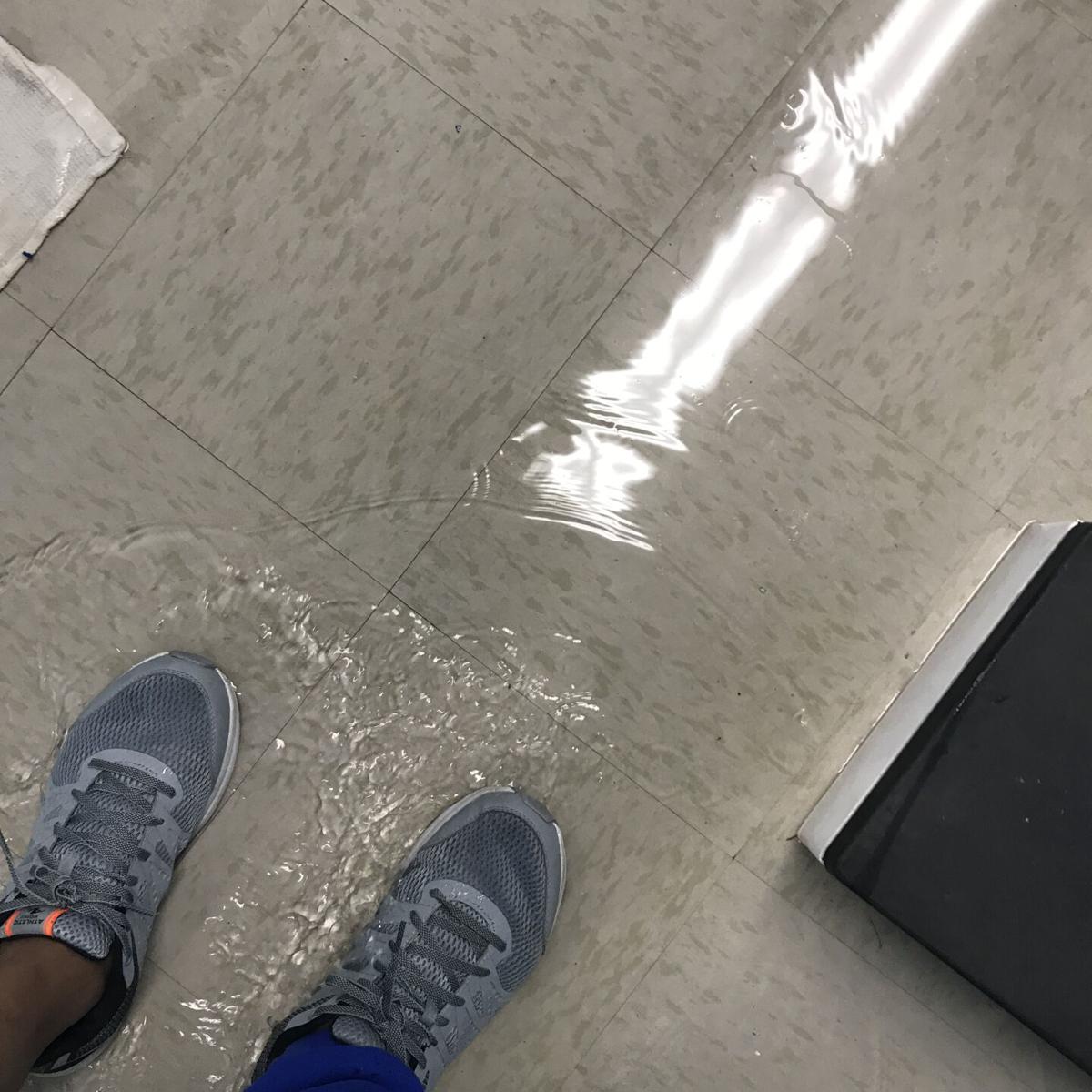 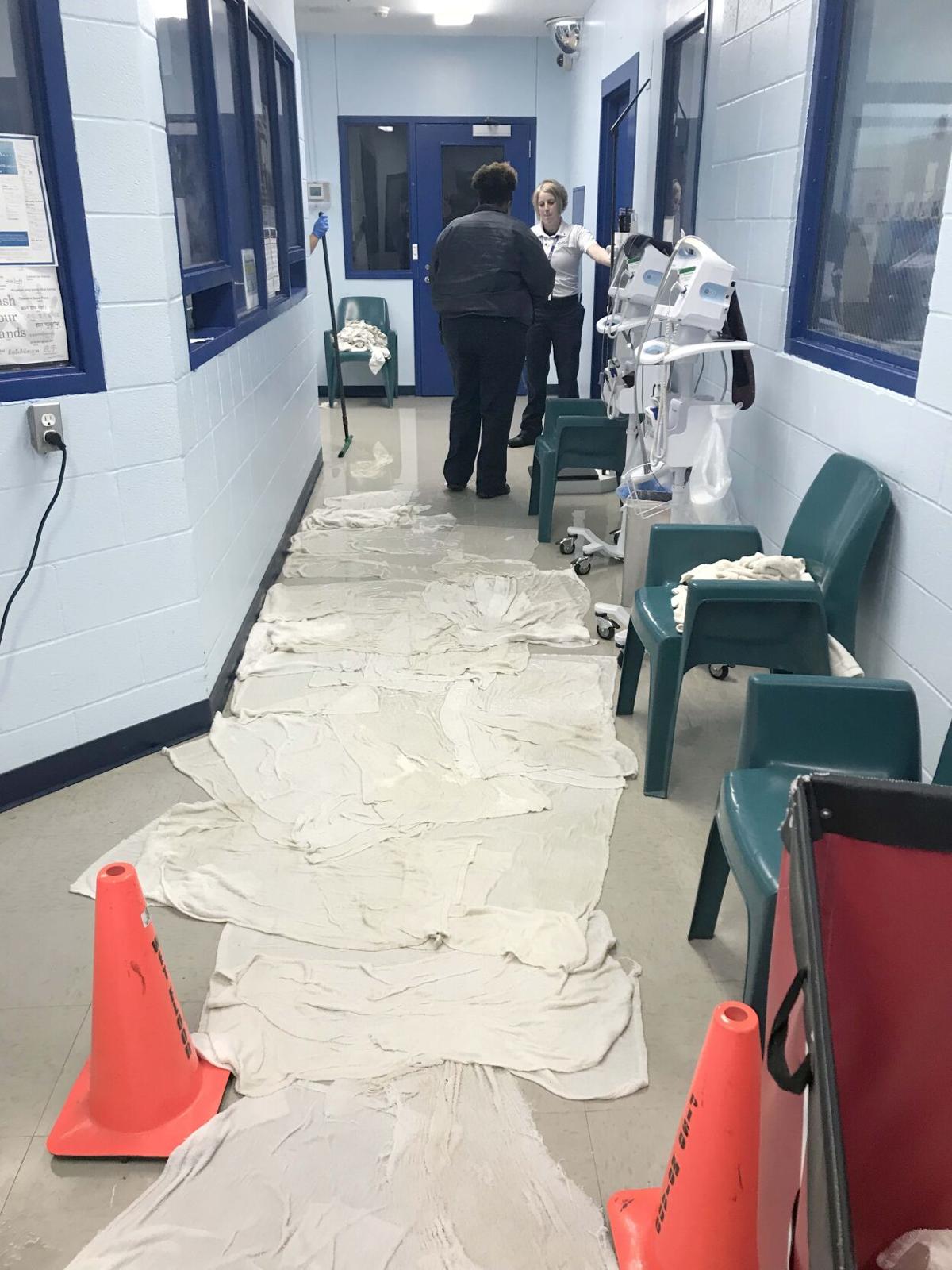 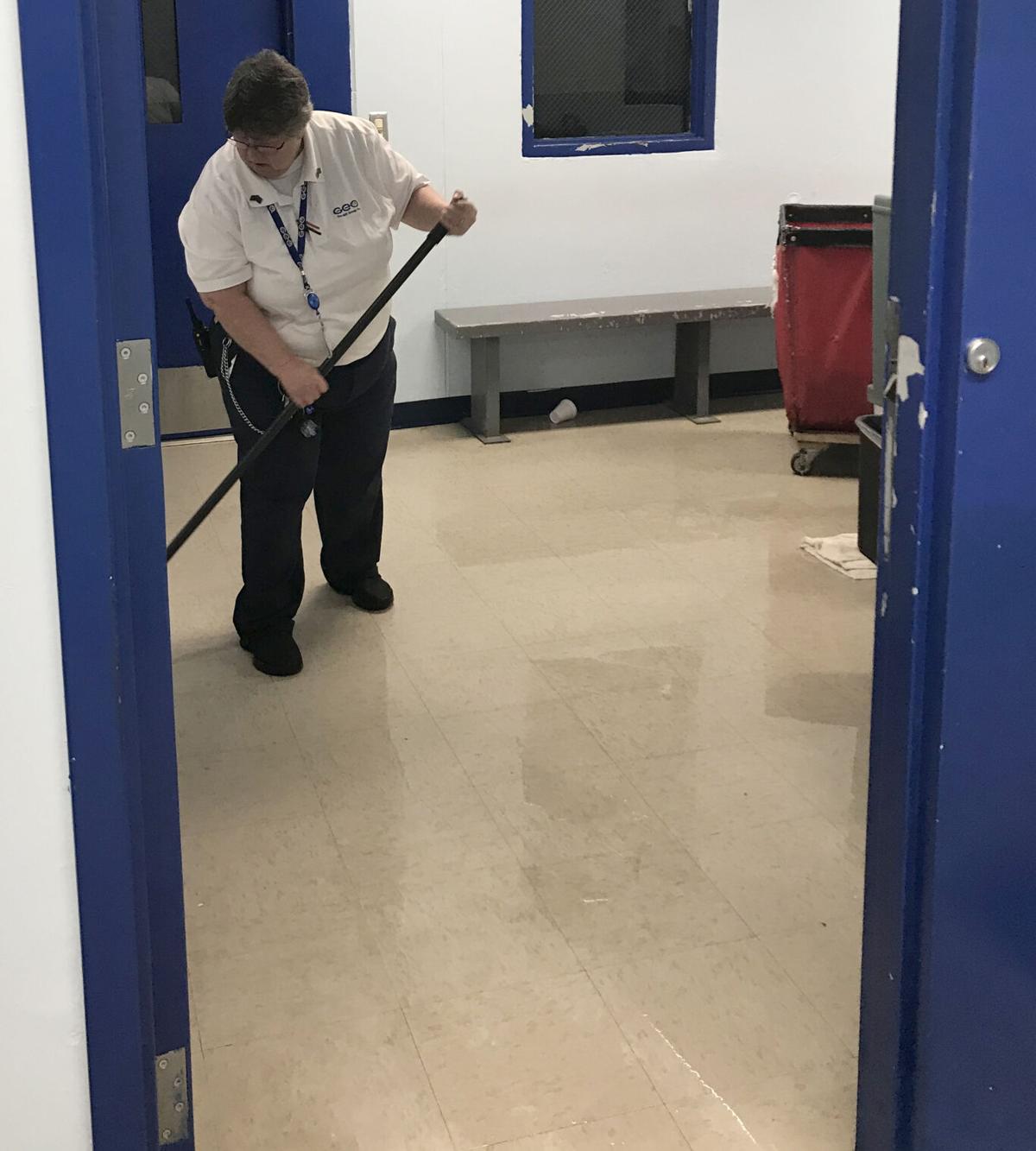 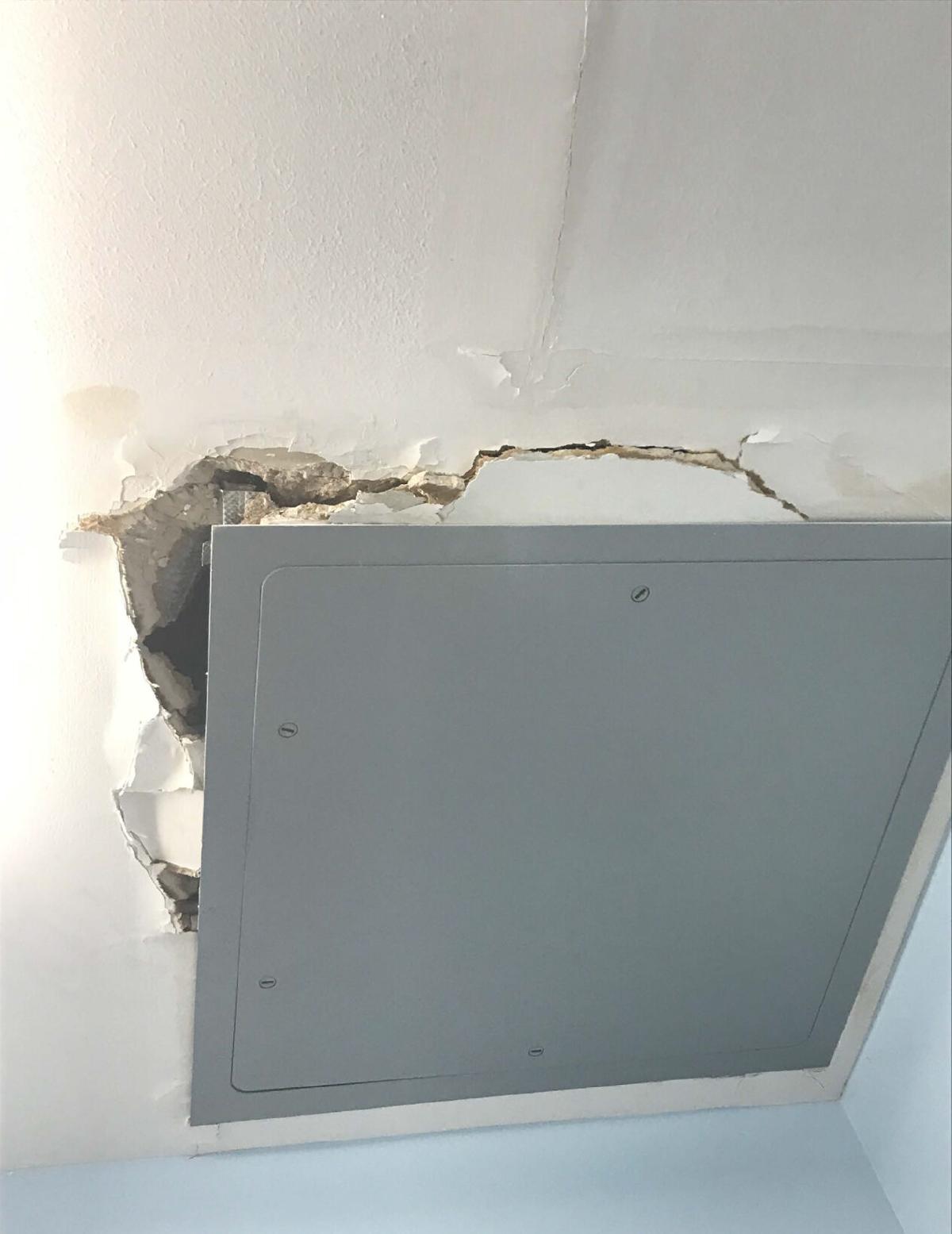 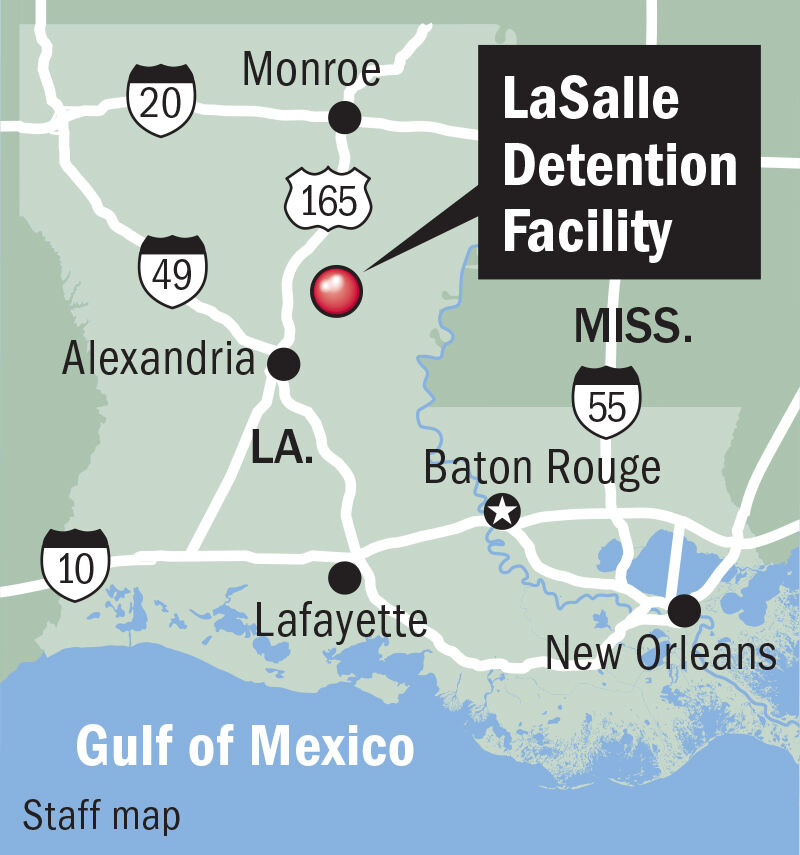 Three years ago, 13 nurses who worked at the LaSalle Detention Facility in Jena, filed a lawsuit against GEO Group, the private company that runs the facility, saying they got sick after years of mold and bacteria exposure at the detention center, where they work up to 12 hours a day.

Court documents showed evidence of water leaks from the roof and the ventilation system over the nursing station in the Immigration and Customs Enforcement detention center, the presence of mold and moisture from condensation and a pattern of delays and lack of maintenance by the detention facility’s management.

In December, however, after the latest failed attempt to find a settlement, 12 of the 13 plaintiffs were excluded from the trial that is scheduled for Jan. 31, in U.S. District Court in Lafayette.

Judge David Joseph, in a memorandum ruling on Dec. 18, said there was compelling evidence the company failed to properly care for its LaSalle employees.

“There is also substantial evidence that the Plaintiffs developed significant health problems while employed by GEO Group and working in these conditions," he wrote. "In all, the summary judgment evidence points to the fact that GEO Group failed to treat its employees with the respect and human dignity they were due.”

However, he said, the expert witness that 12 employees were relying on did not meet specific qualifications to establish a link between the poor conditions and their health issues.

The judge's ruling was based on a set of criteria called the Daubert standard, guidelines to determine whether an expert's methodology is valid.

According to the judge's ruling, Dr. Stephanie Cave failed to find facts or methodology underlying her opinions that it was the mold exposure that made the 12 nurses sick. Joseph also wrote that the urine tests used to prove the presence of toxic chemicals lacked FDA approval and were not reliable.

Beyond the urine mycotoxin tests, the Judge added, Cave’s opinions that the nurse's health problems were caused by mold exposure were supported “by extremely limited evidence.”

When it comes to admitting or excluding experts and scientific testimonies in a federal court, the Daubert standard has been the rule of law in the United States since 1993 after the U.S. Supreme Court’s decision in Daubert v. Merrell Dow Pharmaceuticals.

In that case, two people born with serious birth defects, Jason Daubert and Eric Schuller, alleged that a drug produced by Merrell Dow called Bendectin had caused their disabilities.

The Supreme Court justices ruled in favor of the pharmaceutical company because Daubert and Schuller’s evidence was based on in vitro and in vivo animal studies, methodologies that had not yet gained acceptance within the general scientific community in 1993.

The standard was actually designed to be more flexible and welcoming of new science than the one it replaced, said Margaret Thomas, an LSU Law professor.

“Daubert makes the judge the ‘gatekeeper’ regarding the reliability of expert testimony,” said Thomas, who is an expert on the Daubert standard and did not specifically comment on the nurses’ case. “Courts have a duty to exclude ‘unreliable’ expert testimony. This rule replaced the traditional approach in which other experts were the gatekeepers: in some states, like California and New York, which still follow the old Frye approach, only 'mainstream' science that is “generally accepted” in the field is admissible in a courtroom.”

Six noteworthy court cases in 2021 in Lafayette District Court, and six to keep an eye on for 2022

As Louisiana tried to emerge from COVID pandemic and find new "normal" ways to conduct business, things began to pick up in 2021 for the 15th …

Critics of Daubert say that judges might have not always have enough scientific knowledge to rule on expert testimony. “Dauber requires a judge to make assessments about scientific methodology using the Daubert factors, even though most judges are ill-equipped to make these assessments because judges are not trained in scientific disciplines,” Luis Balart, a recent LSU Law graduate, wrote in the Louisiana Law Review.

A study cited in the paper showed that judges have difficulty applying the Daubert guidelines. Of the 400 surveyed judges, only 6% could articulate a scientific opinion while 35% indicated that they did not understand the scientific meaning of falsifiability.

According to a 2002 RAND study, the application of the Daubert standard has resulted in more expert testimony by scientists being excluded.

“But this isn’t based on the court’s ‘gut feeling,’ it is rather testing the concrete evidentiary links between the injury and the defendant’s behavior,” added LSU professor Thomas. “If there is no admissible evidence connecting the injury to the defendant’s action, then there is nothing to ‘develop’ in the trial.”

In the LaSalle case, the Daubert motion excluded 12 nurses because Cave was unable to sufficiently attribute mold exposure as the underlying cause of their health issues, Joseph wrote.

GEO Group’s attorneys would not comment because the matter is still in litigation. James Willeford, the attorney representing the 13 nurses, also declined to comment.

Over three years of pre-trial hearings, a timeline that was prolonged by pandemic-related delays, nurses have testified that it was exposure to mold that caused the progressive deterioration of their health conditions, court documents showed.

One nurse reported “cardio spasms, vomiting, fatigue, cold hands, diarrhea, and migraines” after beginning working at LaSalle, according to court documents. Another nurse said she did not have “health problems prior to working at the facility,” but then began experiencing “breathing problems and upper respiratory infections” afterward.

A third nurse, who had no preexisting conditions, testified to having experienced “headaches, pain in back and testicles,” and to be “near passing out twice a day,” while in the building because of exposure to mold and bacteria. Two more health care workers said that urine tests found ochratoxin in their urines at levels higher than normal after years of work inside the ICE facility.

Ochratoxin is a chemical produced by molds in the Aspergillus and Penicillium families.

GEO Group admitted the presence of mold and bacteria inside the detention facility and the nursing station but rejected any correlations to the nurses’ health issues.

Photos and videos included in court documents showed multiple episodes of flooding inside LaSalle. During a heavy thunderstorm, nurses are seen placing cloths on the floor to sop up the water. In another photo, a GEO employer is busy wiping the water away from one of the rooms inside a flooded nursing station. In a third photo, dark halos surround the HVAC ventilation system. In a fourth, the roof had multiple water incursions.

In a video, water is so violently running down over the floor through the ventilation system that the nurses had to move documents and equipment to protect them, according to court documents and witness depositions.

Immigration attorneys, advocates and asylum-seekers are speaking out about conditions at Louisiana detention centers run by U.S. Immigration a…

Analysis by two separate environmental testing consultants, RTC and Healthy Homes of Louisiana, LCC, proved the presence of bacteria, fungus, and mold inside the Jena facility. According to the RTC Moisture and Fungal Investigation Report on August 2019, swab tests indicated “the presence of Cladosporium at the HVAC vent of Exam Room #2” and the presence of aspergillus/penicillium at the HVAC vent of the waiting room. Additional mold samples were taken by RTC in a second report the following month. Of these samples, aspergillus and penicillium counts were found in both the facility’s waiting room and nurse’s area.

Another analysis dated November 2018 by Healthy Homes of Louisiana showed that the sample results were at a normal level in the facility except in the nurses’ station where the air samples indicated elevated mold spore levels of Aspergillus/Penicillium.

In July 2016, GEO received an $8,500 proposal from an Ohio-based roofing company, Simone Roofing, to fix 26 leaks in the roof above the LaSalle clinic. “But GEO waited 12 months to approve the work,” said Jim Waterford, the nurses’ lawyer. “The clinic continued to flood, and the roof leaked with every rain. At no time did GEO professionally remediate the clinic after a flood, not even after it had received the mold test results showing Aspergillus/Penicillium dominated the air in the nurses’ station.”

According to court documents, GEO Group spent less than $20,000 in maintenance between Jan. 1, 2010, and Sept. 19, 2018. Most of the maintenance work was related to water leaks and roof repairs. The most expensive operation took place on July 25, 2017, when GEO paid $8,578.44 to Simone Roofing for repairing the 26 leaks in the roof cited by the court documents.

But these maintenance operations did not solve other issues.

A Louisiana Department of Health inspection in July 2018 reported “the walls are in disrepair. The ceilings are not in good order.” In an email exchange between two state health officials on Sept. 12, 2018, they reported the presence of mold at the detention center.

Later that month, Sheetrock was removed from the facility, and the back of it was black “and totally contaminated with mold,” court documents showed.

David Cole, a GEO employer and the facility administrator at ICE LaSalle Processing Center said in his deposition that he couldn’t “think of a specific person that ever contacted me directly about mold or, you know, their health or whatever.”

But Cole admitted that “when the emails came out from that commander saying that there was mold ... they noticed there was moisture from the condensation, then they will go ahead and put the request in to have it looked at by maintenance.”

Court documents showed that both GEO and ICE were aware of the problem. An email dated Dec. 7, 2108, sent by Sam Donnell, an ICE staff member to Amber Martin, a GEO employer, with the subject “Mold concerns at the Jena facility”, stated:

“Ms. Martin, recent lab reports have indicated mold and bacteria found at the nurse station is substantially above the levels outside the facility and may be the cause of illnesses several nurses have experienced.”

According to the Centers for Disease Controls’ website, mold can cause many health effects. For some people with no medical history, the consequences are milder such as a stuffy nose, sore throat, coughing, and burning eyes. But the CDC stated that “people with asthma or who are allergic to mold may have severe reactions. Immune-compromised people and people with chronic lung disease may get infections in their lungs from mold.’”

The LaSalle detention facility is one of 10 immigration detention facilities run by private companies. It is operated through an intergovernmental service agreement between ICE and LaSalle Economic Development District, a political subdivision of the state of Louisiana. LEDD contracted with GEO Group to operate the facility while the nursing staff was provided through STG International, Inc, a staff provider of trained health care personnel.