Lafayette Parish Council members, none of whom live in or pay property taxes to the city of Lafayette, are oppressing city taxpayers and using city tax money to support unincorporated parts of the parish, City Councilman Pat Lewis said Thursday.

His comments came a day after release of the Parish Council agenda for the July 6 meeting, which includes a resolution creating a City-Parish Alignment Commission to review services and operations of the city and parish, instead of a charter commission to consider reorganizing or abolishing city-parish government. 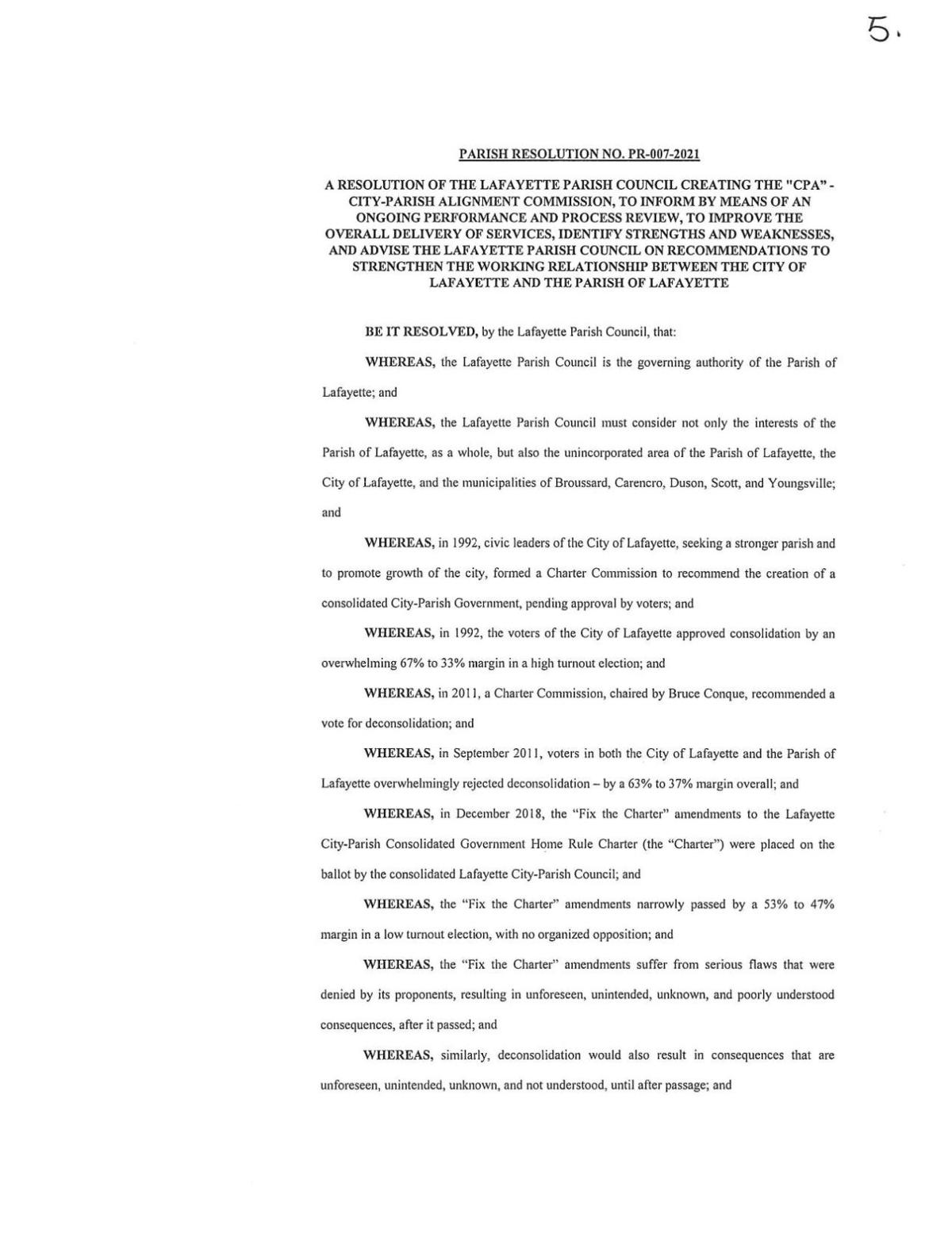 The resolution lists several questions the commission would be tasked with answering, including how the Parish Council can optimize Lafayette Utilities System and LUS Fiber. Both are solely owned by the city of Lafayette and the Home Rule Charter governing the city and parish specifically gives the City Council control over LUS and LUS Fiber.

Co-authored by Parish Council Chairman John Guilbeau and Councilman Josh Carlson, the resolution comes as the Protect the City Committee proposed by Lewis and appointed by the City Council drafts its final report after studying for three months whether the city of Lafayette's taxpayers and residents would be better served by severing its link to parish government created in 1996 through Lafayette Consolidated Government. 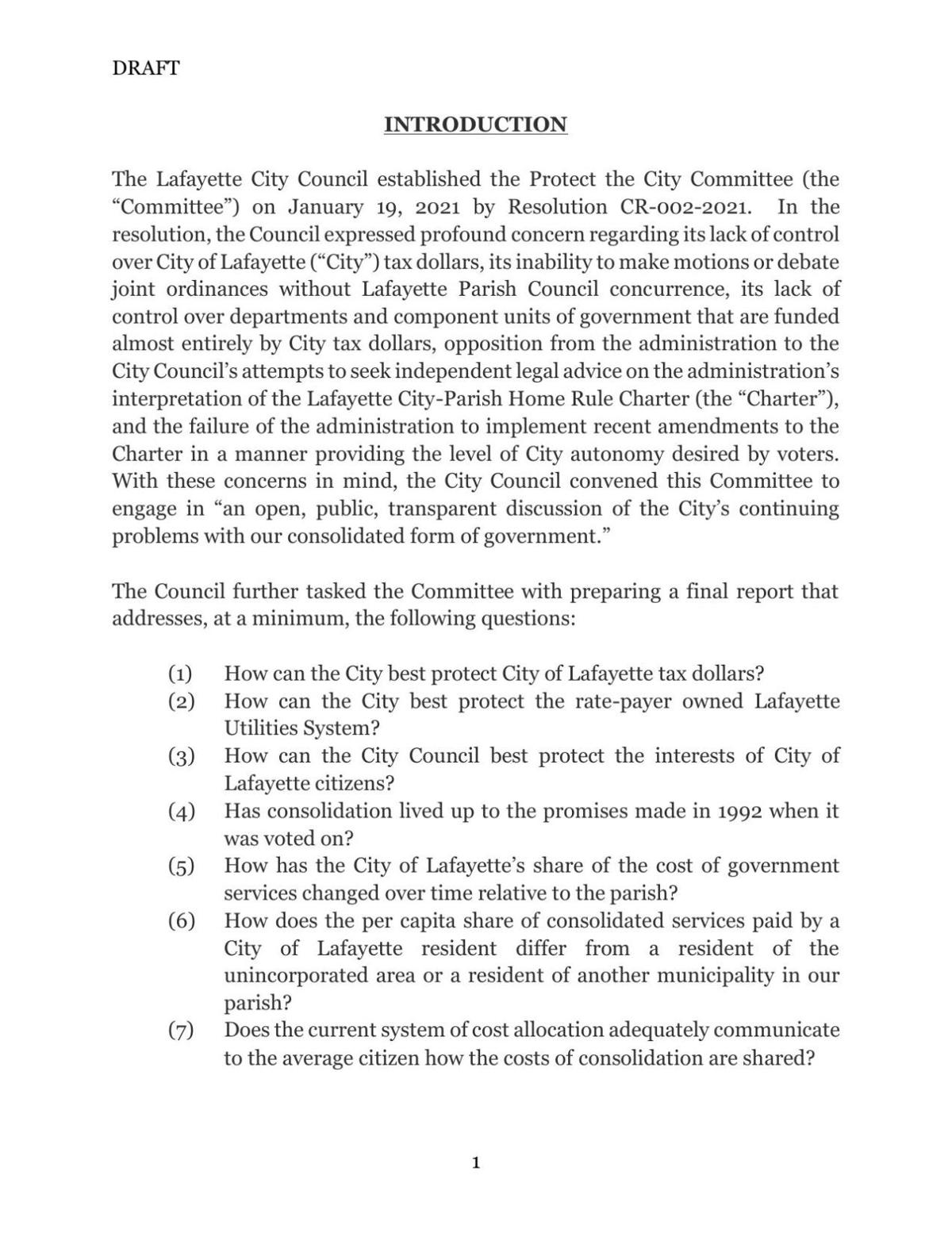 A charter commission legally is required to complete its work within 18 months. The City-Parish Alignment Commission would submit an initial report within a year, but would serve at least two years with a possibe two-year extension.

Lewis on Thursday called the Parish Council's resolution and commission a delay tactic because they want the city to continue to subsidize parish operations.

Prior to January 2020, a combined nine-person city-parish council was the legislative branch of government. Because of a 2018 charter amendment, the council was split into separate five-person city and parish councils, in part to give the city of Lafayette's leaders more control over city taxes.

"It's like you have someone living with you and you're working and they're not," Lewis said. "But they're telling you what you can and can't do."

Lewis said he plans to call for the councils to appoint a charter commission anyway. If the Parish Council doesn't cooperate, he said, the City Council will go on to another option, probably a petition.

There are three ways a petition can force action on the charter.

The councils would be forced to call an election for voters to elect members of a charter commission if at least 10% of registered voters, 10,000 parish wide, sign a petition.

Citizens can force the councils to call an election to amend the charter with a petition signed by no less than 15% of reigstered voters, 10,241 city voters and 23,956 voters parish wide.

Finally, if residents want to force the councils to call an election to repeal the entire charter, they would need a petition signed by at least 20% of registered voters in the city (13,655) and 20% parish wide (31,941).

The July 6 Parish Council meeting begins at 4:30 p.m. at City Hall, 705 W. University Ave. The resolution is one of the first items on the agenda. Public comment is allowed on resolutions, Council Clerk Veronica Williams said.