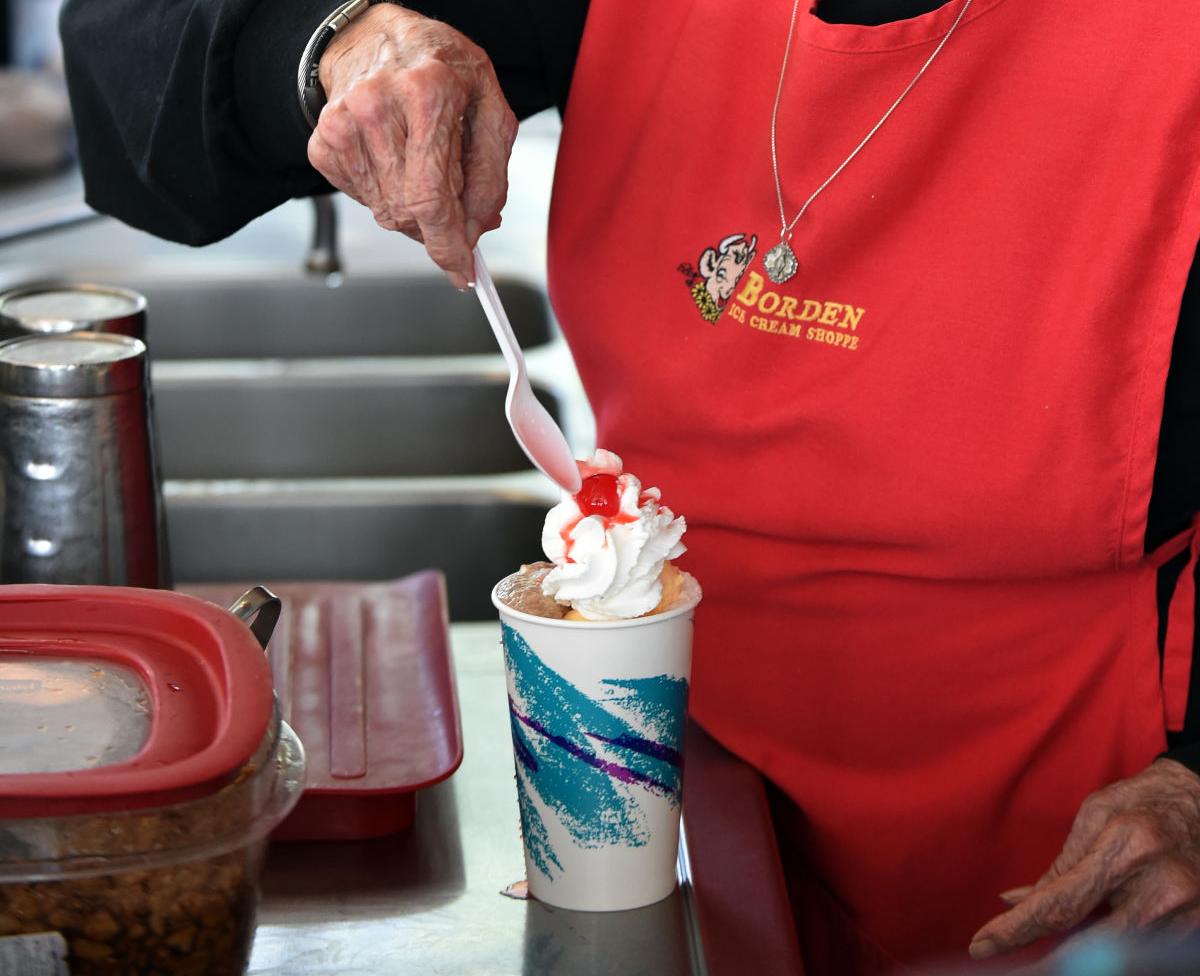 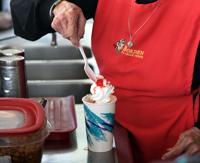 Ella Meaux places a cherry on top of a chocolate soda at Borden's Ice Cream Shoppe in this Advocate file photo. 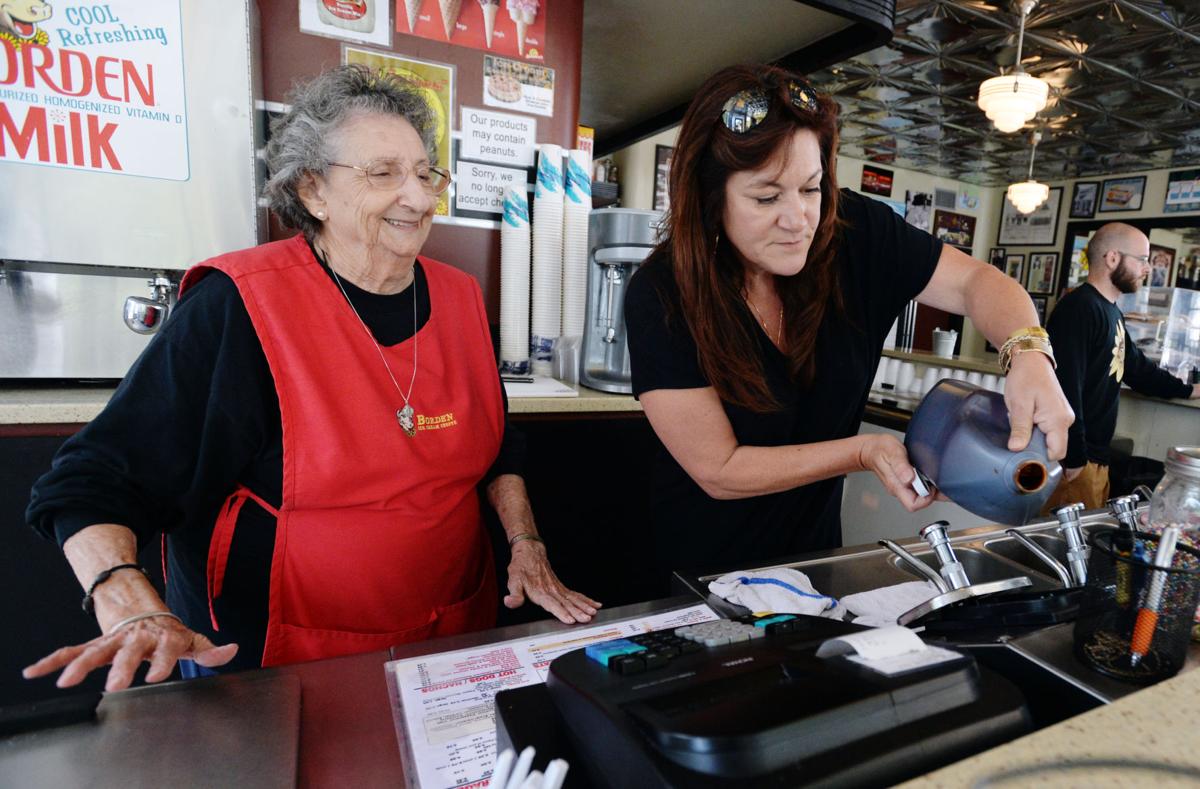 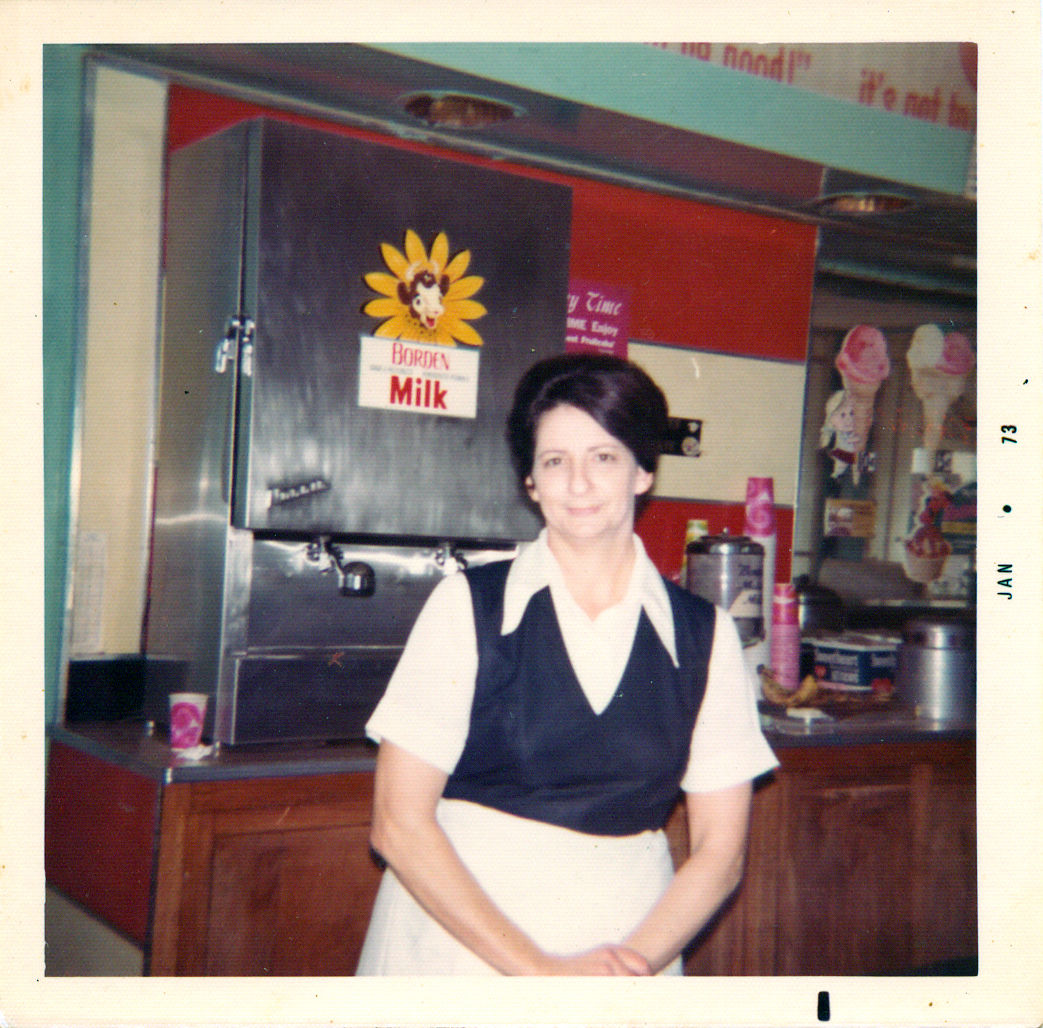 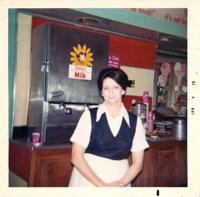 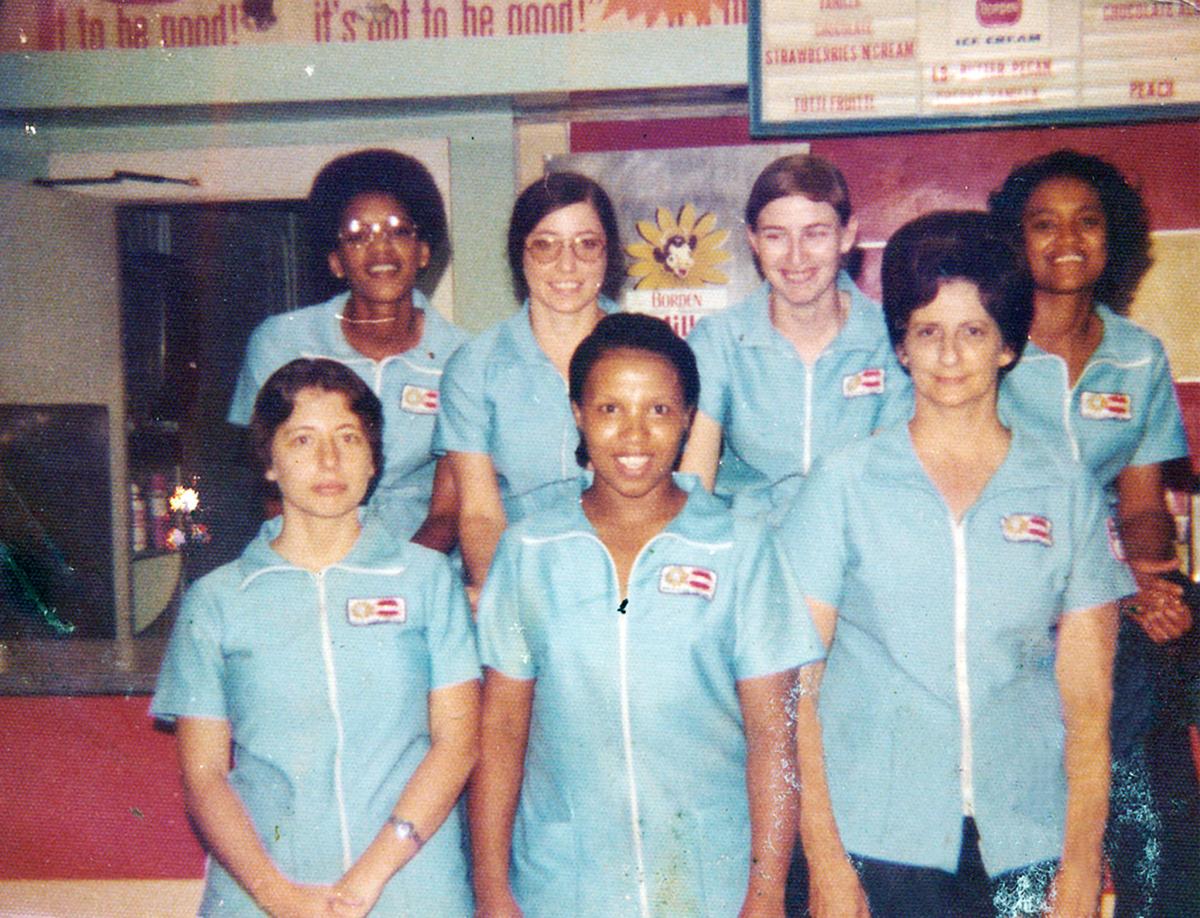 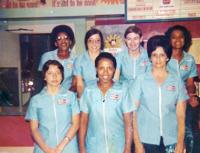 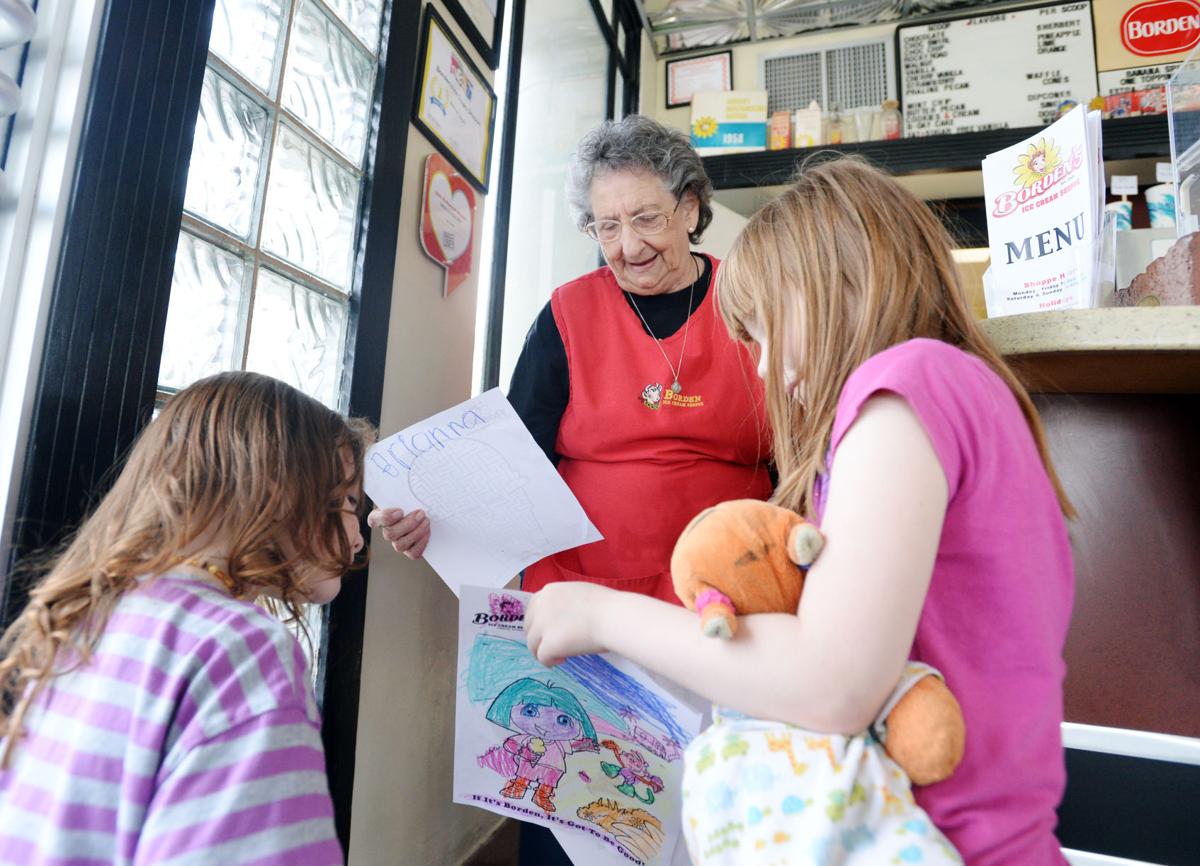 Young customers Brianna Hasten, 3, left, and her sister Micaela, 5, show their coloring-page artwork to Ella Meaux, 86, , April 19, 2017, at Borden's Ice Cream Shoppe in Lafayette, La. The girls gave Meaux one of their colored pictures of Borden's mascot Elsie the cow. Meaux has been working at the store, which is the last Borden's Ice Cream Shoppe in the country, since 1961. She is retiring after 56 years on April 25. 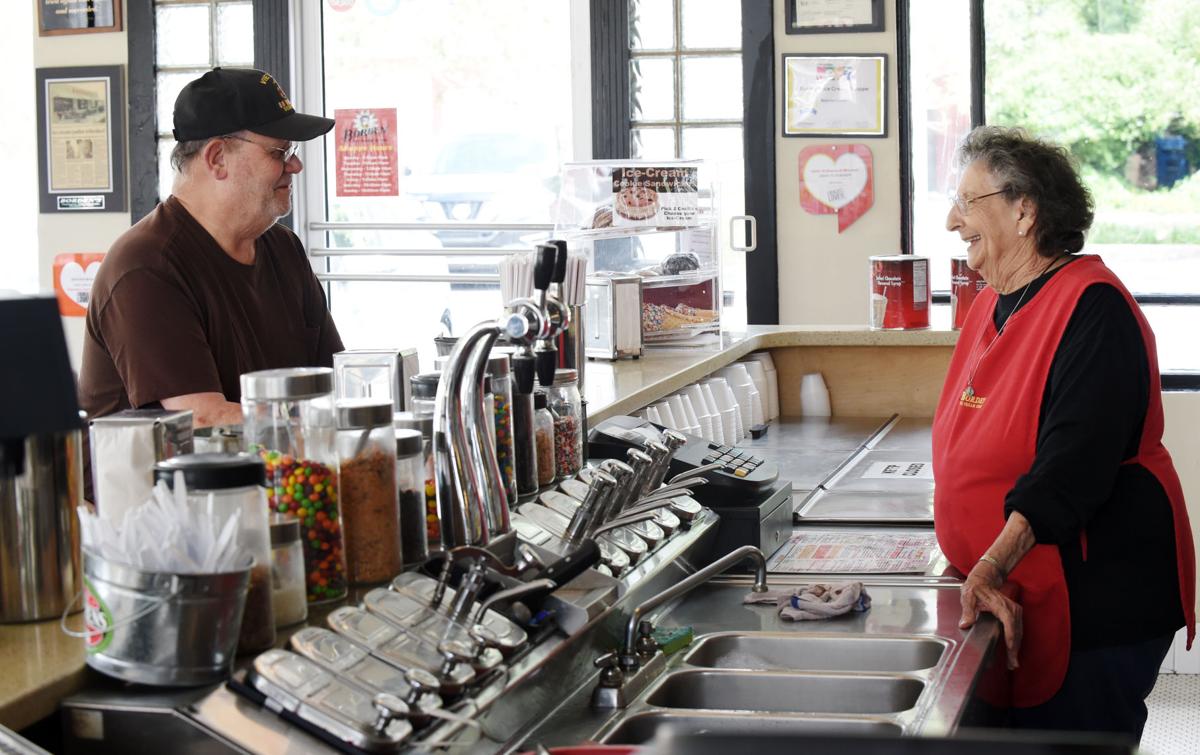 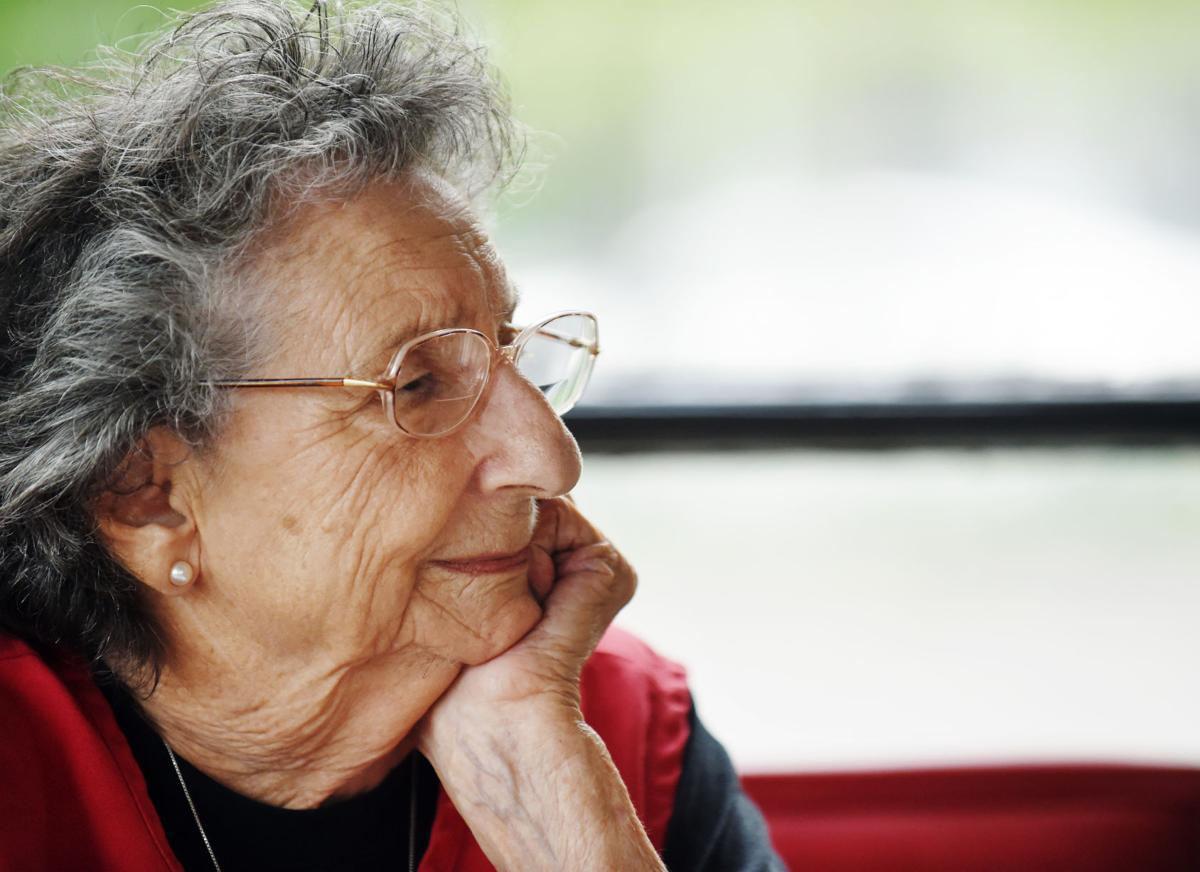 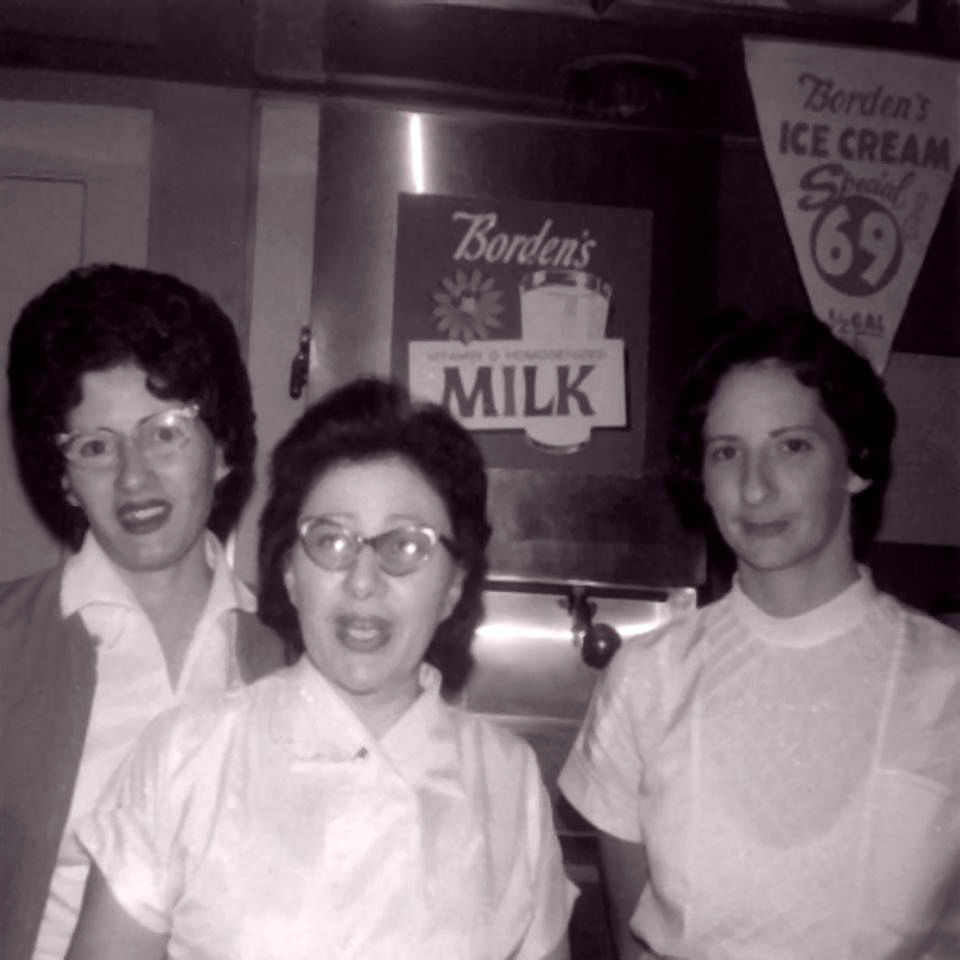 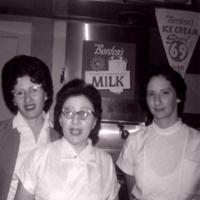 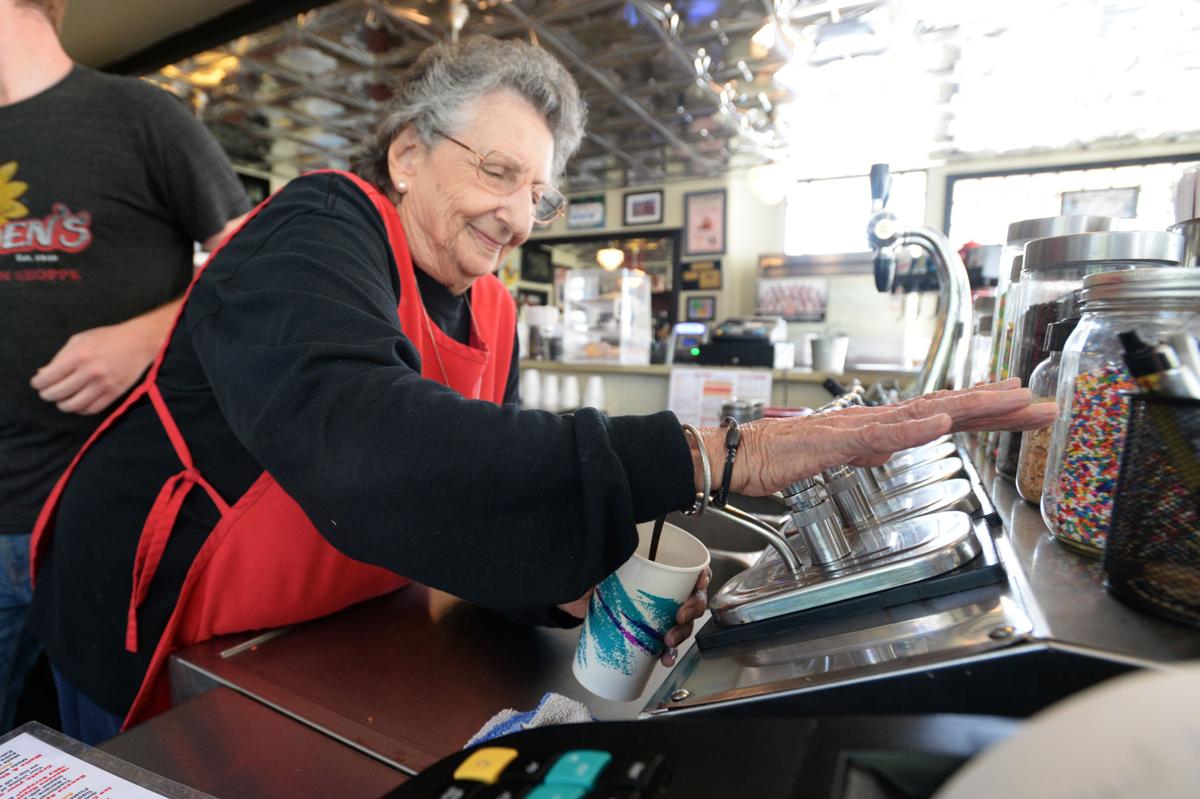 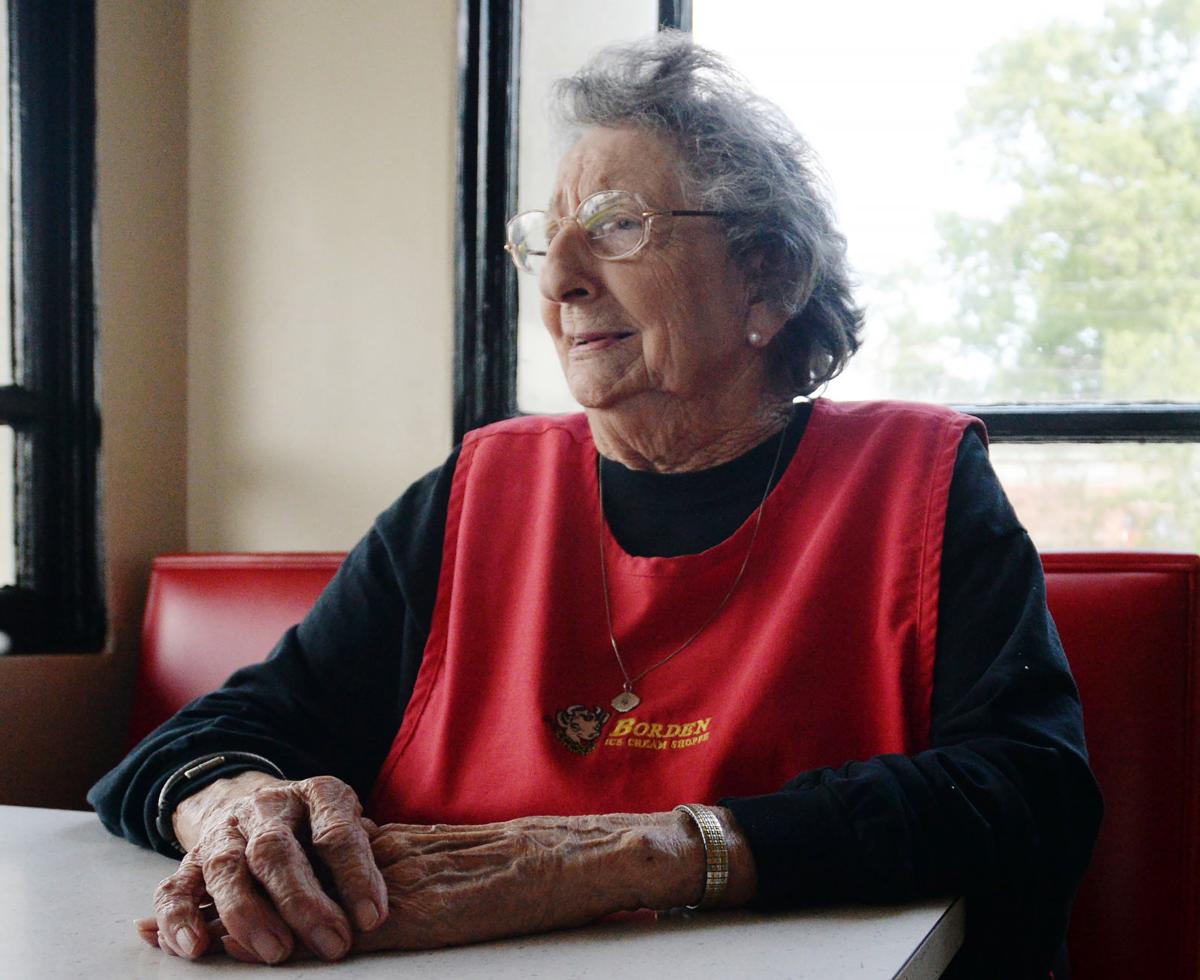 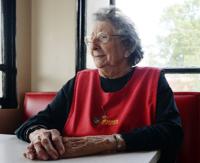 Ella Meaux places a cherry on top of a chocolate soda at Borden's Ice Cream Shoppe in this Advocate file photo.

Young customers Brianna Hasten, 3, left, and her sister Micaela, 5, show their coloring-page artwork to Ella Meaux, 86, , April 19, 2017, at Borden's Ice Cream Shoppe in Lafayette, La. The girls gave Meaux one of their colored pictures of Borden's mascot Elsie the cow. Meaux has been working at the store, which is the last Borden's Ice Cream Shoppe in the country, since 1961. She is retiring after 56 years on April 25.

After nearly 56 years at Borden’s Ice Cream Shoppe serving banana splits, nachos and ice cream, Ella Meaux is hanging up her cherry red apron to spend time with her great-grandchildren and to enjoy her garden.

At 86, Meaux is retiring from the same job she originally stumbled across while scanning the newspaper classifieds. When she applied, sodas at the iconic ice cream parlor were 20 cents, and ice cream costed a nickel per scoop. She earned a salary of $1 — 20 scoops of ice cream — per hour.

At that time, Lafayette also observed the blue law, which prohibited retail sales on Sundays. Borden’s remained open on Sundays, resulting in a deluge of dessert-seekers.

“There were so many people that wanted something to eat at that time of day even though they were going downtown. It might have been window shopping, but they were doing something,” she said.

Before hiring on at Borden's, Meaux sized clientele at one of numerous dress shops that lined the downtown area. Even after she left the clothing business, she frequented the Jefferson Street strip on her way to work, meandering from the underpass at the edge of the street through shops before ending up on the other side of Johnston Street.

Times have changed: Meaux said University of Louisiana at Lafayette students no longer frequent the Borden's store like they used to — and if they do, they come by car and not by foot.

Likewise, many of the stores that surrounded Borden’s no longer exist; business on par with older iterations of Lafayette’s historic downtown area are now elsewhere, such as the Oil Center near Saint Mary Boulevard, and nearer to subdivisions that have sprung up in the last 60 years.

“Now, everybody has a car, so they’ll go someplace else,” she said.

Kackie Lerille bought Borden’s in 2012 from her father, who oversaw renovations to the store when he bought it from the UL Foundation in 2009. Although he installed a metallic ceiling, brought in child-sized seating and replaced aging equipment, the restaurant’s structure, as well as its family-friendly atmosphere, remained in place.

Aside from shopping habits and the updated interior, little has changed with the last standing retail Borden’s shop in the world.

Meaux said the store remains as a strong suitor for sweet tooths around town and as a quintessential stop for tourists, senior citizens and children on field trips.

“You meet so many walks of life over here,” she said. “From here to England, France, Canada — it’s amazing.”

In her final years at Borden’s, Meaux tended more to the patrons, pastries and parcels on the store’s front end, wrapping cookies, sealing gift cards and greeting guests young and old who walk through the building’s glass doors. In the days when she crafted creamy confections, malts and sodas were her specialties.

Through her tenure, she watched four generations of the same family sit down for shakes, buses filled to bursting with children gleefully on their way to order ice cream, and priests meandering from St. John’s Cathedral for post-sermon pick-me-ups. Meaux recalled serving Glenn Provost, now a bishop for the Diocese of Lake Charles, since before he could drive.

“I’ve been serving (Provost) malts since he was 8 years old,” she said. “I don’t know why it’s malts that attracts them, but all the priests would come, whether from that church or another.”

After more than half a century at the shop, Meaux can greet customers by name. Speaking in English or French, she'll ask about their families or how they spent the weekend. Meaux said she also enjoys speaking to some of the patrons who visit from England or France and wish to speak French with her.

“Some of them will come here just because I was here to speak French with them,” she said.

Meaux said she envisions herself visiting Borden’s occasionally, whether to meet and speak French with people or to catch up with old friends. Although she prefers not to drive in heavy traffic, she said she plans to visit for long afternoons.

Lerille said she intends to keep in close contact with Meaux in case any questions arise.

Asked why she bought Borden’s, Lerille said she and her father wished to preserve a hallmark of Lafayette life.

“If someone doesn’t take care of (places like Borden’s), they’ll be gone. Our memories go with them, too. Ms. Ella was part of keeping it here,” she said. “Borden’s is one of those places like the Horse Farm that just means so much to Lafayette.”

Meaux and the Borden’s employees will celebrate her career Tuesday — her 56th anniversary with the shop. Meanwhile, Meaux said she will enjoy the reason she stayed with Borden’s for nearly three-fourths of her life: The look on people’s faces as employees assemble banana splits.

“It just makes their eyes open, even if they’re not the one eating it,” she said. “It’s the place to be.”