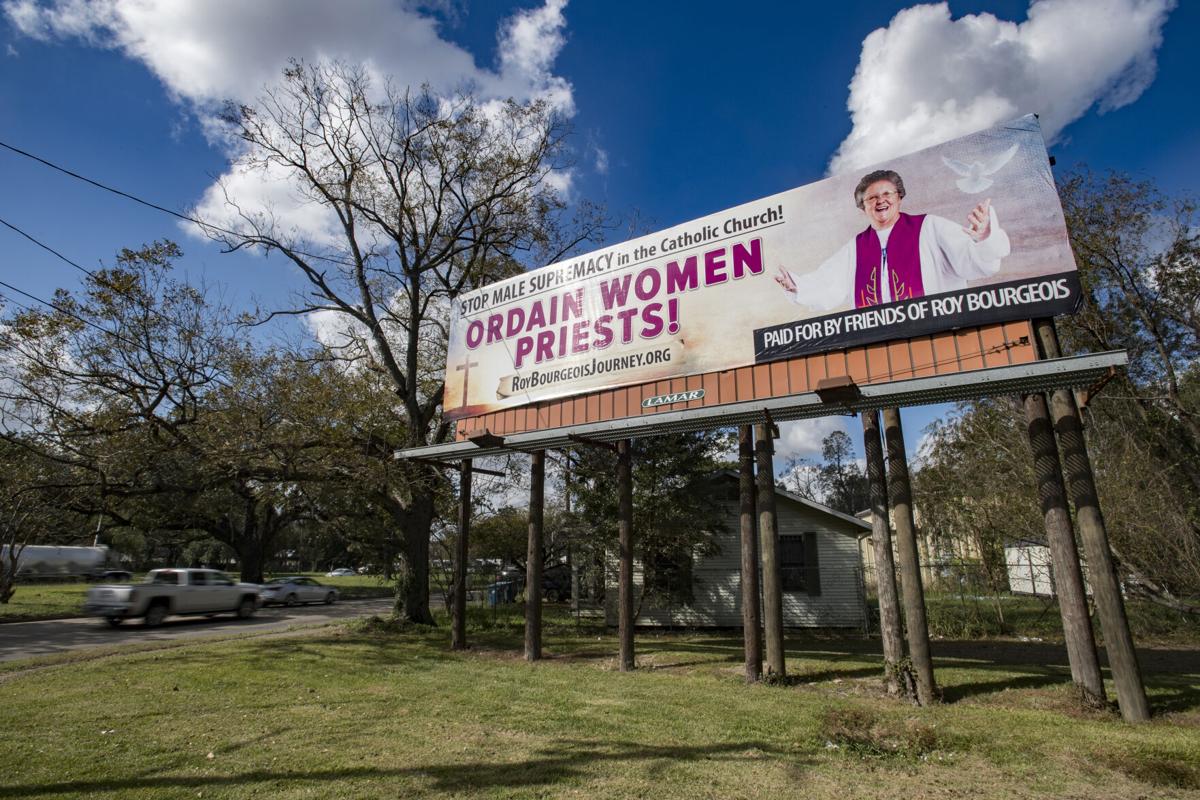 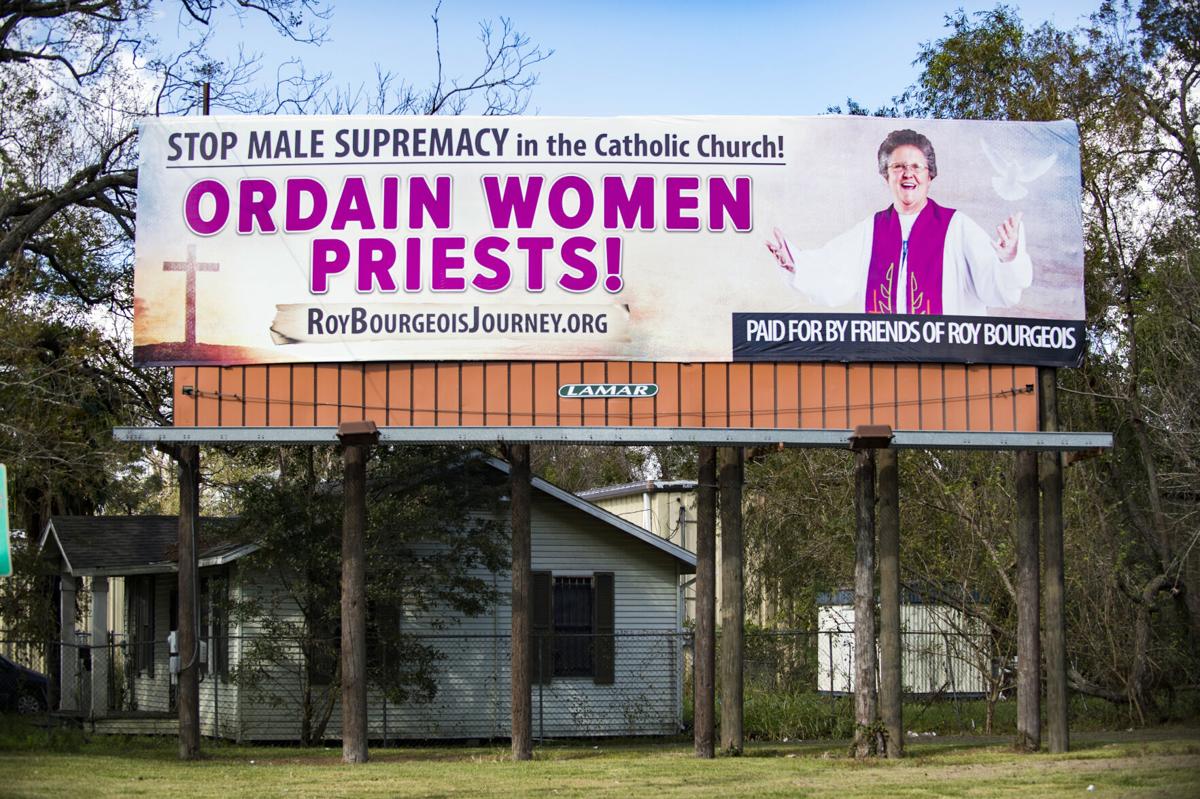 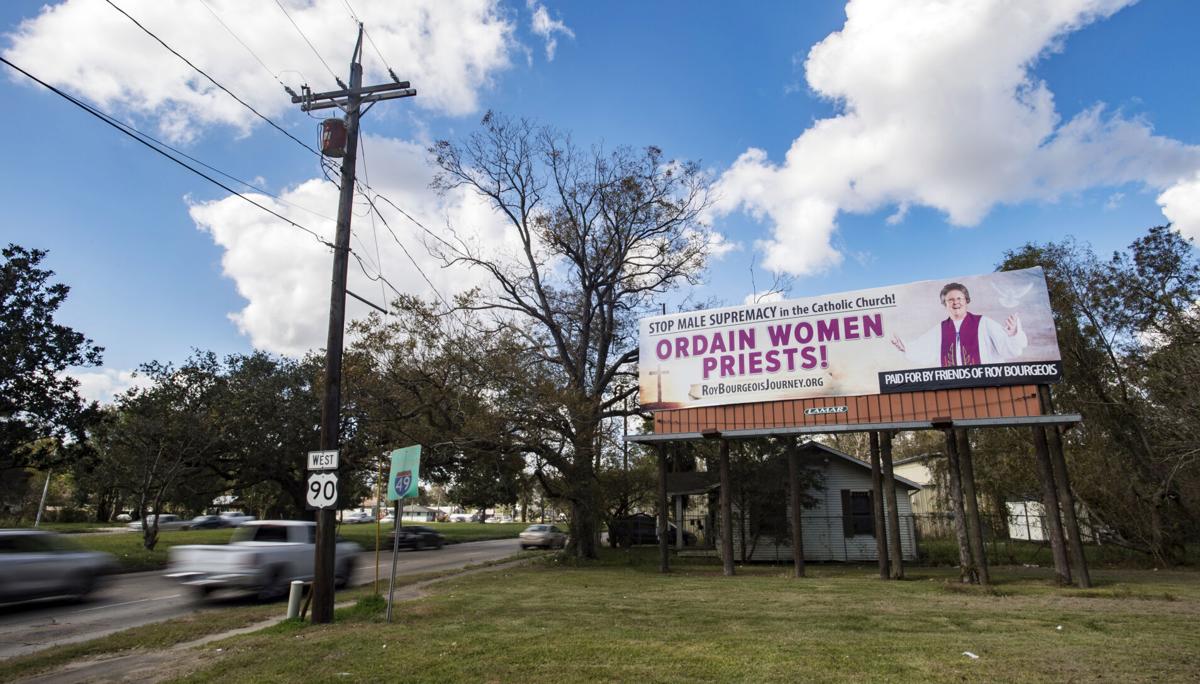 It’s been 60 years since Roy Bourgeois has made an impact in his old college town.

But his life’s work has been felt elsewhere: Vietnam, as a decorated Navy officer; South America, as a missionary priest; in protest at the gates of the School of the Americas in Fort Benning, Georgia — the “School of Assassins,” its detractors insist — and, finally, as a radical priest whose efforts in support of ordaining women priests in the Catholic Church ended with him laicized from the Maryknoll order — outside the church, looking in. That’s where he remains today.

Bourgeois couldn’t have envisioned all of that as a teenager from Lutcher when he arrived at the University of Southwestern Louisiana in 1956. Back then, he said, his goal was to get rich in the oil and gas industry — he earned a geology degree in Lafayette — with a first stop in the military.

But Bourgeois liked the Navy, especially the travel, and considered it for a career before volunteering for duty in Vietnam. There, he experienced war’s violence — he was awarded a Purple Heart for his service — but also witnessed the joy of missionary work as a volunteer in a Vietnamese Catholic orphanage led by the Rev. Lucien Olivier, whose work inspired him to consider holy orders.

An Army chaplain in Vietnam posed the possibility of him joining the Maryknoll order of priests, based in New York, and whose mission included serving the poor in Asia, South America and Central America and Africa. Six years of study preceded his final vows as a priest in 1972.

Bourgeois says he became a priest to help the poor but he did so by fighting the powerful. Sent to La Paz, Bolivia in the '70s, he said he saw poverty exacerbated by a dictator’s harsh rule. He participated in protest work along with mission work for five years, until he was arrested and deported.

His attention turned to El Salvador in 1980, where Archbishop Oscar Romero, who defended the poor and rebels against the government, was assassinated while saying Mass. Determining who killed Romero proved elusive, although most people point to involvement by the National Police, including some trained at the School of the Americas in Georgia.

In 1989, assassins identified as military entered a university in El Salvador and killed six Jesuit priests, their housekeeper and her daughter. The suspicion was that the killings were done by more American-trained soldiers from El Salvador. Bourgeois traveled to Fort Benning in 1990 and began two decades of nonviolent protest work against the SOA, which Bourgeois said was behind the killings. He traveled to schools, churches and peace groups to generate support for the protests.

He also spent time in jail for aggressively trying to convince those being trained to not take up arms against Latin American people. He piped into the fort recordings of Romero’s sermons, sometimes crossing the lines that the Army had set and, eventually, landing behind bars.

During his protest work, he said, he met many women of faith who stood alongside him, even in going jail. Some felt shunned by their church because, he said, it would not ordain them as priests. That, Bourgeois wrote in a short, biographical book, led him to question why women were barred from becoming priests.

“Who are we, as men, to reject God’s call to women,” he wrote in “My Journey from Silence to Solidarity,” a biography. As early as 1995, he wrote to Pope John Paul II to champion the cause of women in the priesthood. In his letter, he wrote, “I do not see this policy as rooted in the Scriptures or in the teachings of Jesus, but rather in the sin of sexism and the quest for power.”

Bourgeois became a two-issue protester, for peace and for women’s ordination.

In 2008, he said, he not only attended an ordination for a woman into the priesthood in Kentucky, but also was the homilist at what the church said was a “simulated” Mass, citing Galatians 3:26-28 — “There is neither male nor female” in the eyes of the early church.

He continued speaking out against the SOA, but at public appearances would add a pitch for women’s ordination. In a visit to Rome, he spoke out against the training of Latin American soldiers at Fort Benning, which led to an invitation to speak on Vatican Radio for 15 minutes. His presentation on promoting peace went fine for about 13 minutes, he said, when he turned his presentation to addressing another “injustice,” barring women from the priesthood. He spoke for about a minute when the broadcast was cut off, he recollected, in favor of a minute of Gregorian chants.

That began a lengthy dispute between the Vatican and Bourgeois. The Vatican demanded he recant about women's ordination; Bourgeois said he had to follow his conscience on the issue. On Nov. 19, 2012, he learned he had been ousted from the priesthood and dismissed from his religious order.

The ouster neither ended his work with SOA Watch, which he founded, nor his outspokenness in championing women priests. The latest effort on the latter involves a billboard campaign in favor of women’s ordination: A billboard hovers over the Evangeline Thruway in Lafayette, the second one erected by Bourgeois' organization bearing the image of Judy Heffernan, ordained outside Catholic Church channels, and will remain there into 2021, he said. Someday, he said, the tide will turn on this issue.

Bourgeois insists he is carrying out a priestly mission in his protests, despite the church’s decisions.

“Once a priest, always a priest,” he said.