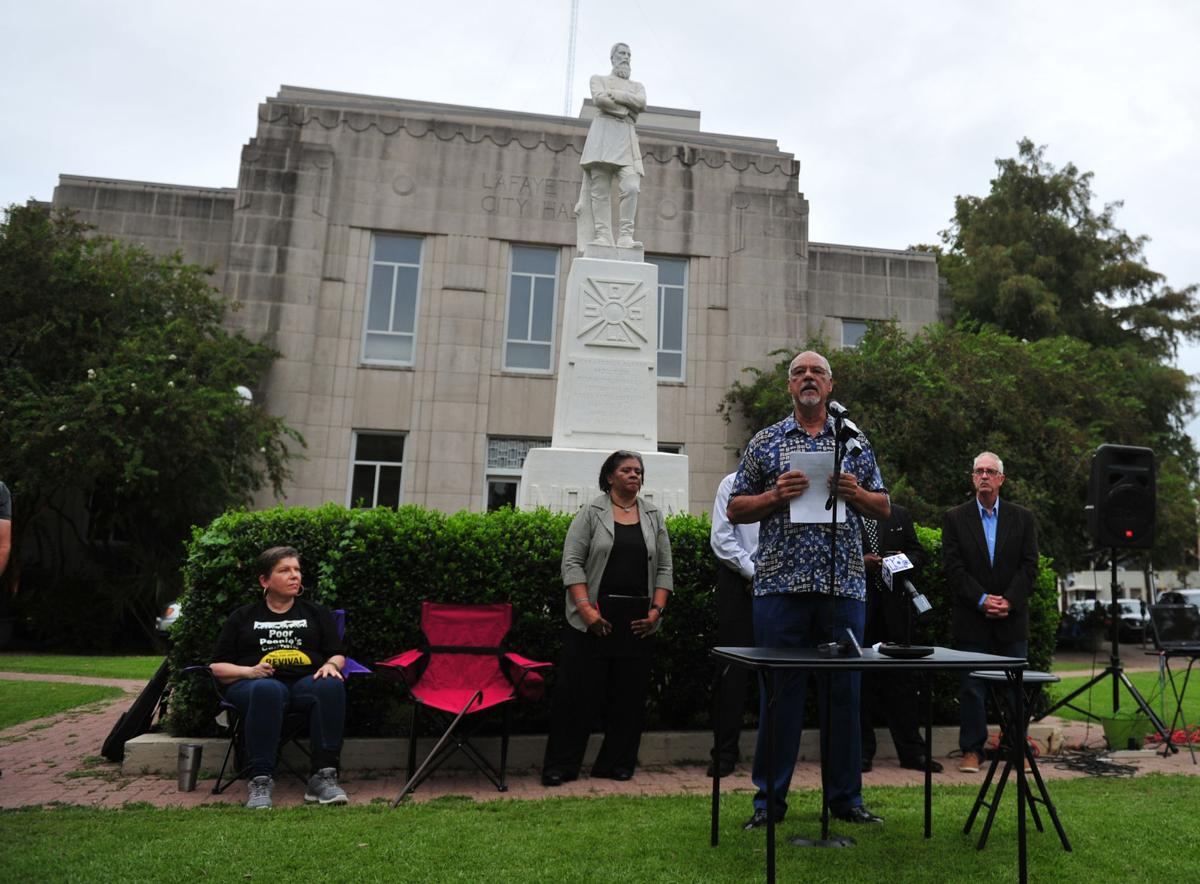 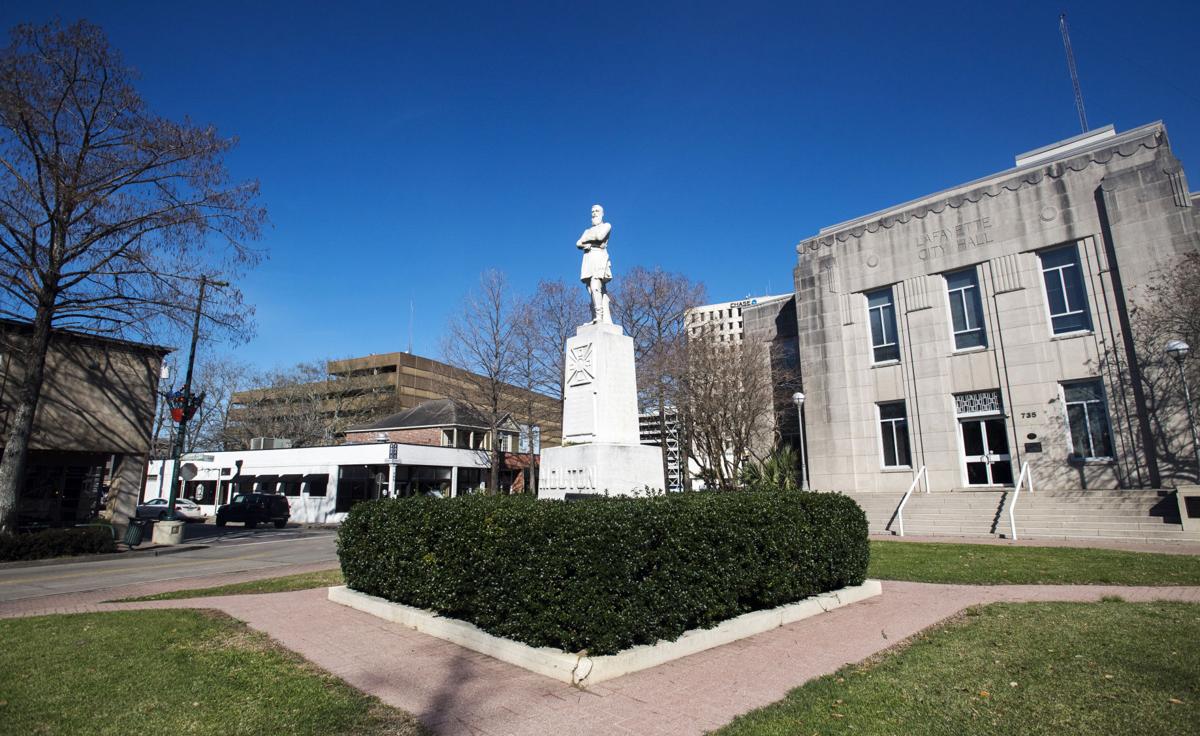 Lafayette Parish Mayor-President Josh Guillory's legal team has filed a motion in court arguing the United Daughters of the Confederacy have no legal standing in the removal of a statue of Confederate Gen. Alfred Mouton from city property.

The motion further argues that a permanent injunction issued 40 years ago can be dissolved by the district court because it is unconstitutional, which would free the city to remove the statue at the intersection of Jefferson Street and Lee Avenue, an entrance to downtown Lafayette.

Mouton, whose family founded Lafayette, was a slave owner who died from wounds suffered during the Civil War in which he fought for the Confederacy. In 1922, during the Jim Crow era of Black suppression, the United Daughters of the Confederacy donated the statue to the city. It was erected on city property and, in 1939, the City Hall was built behind it.

In 1980, the United Daughters obtained a permanent injunction stopping the city from moving the statue to the new city hall on University Avenue. In 2016, the organization threatened to sue the City-Parish Council if it voted to remove the statue. Last year a group of citizens intervened in the 1980 lawsuit that led to the injunction. A hearing is set for Aug. 17.

Guillory recently announced he asked the city-parish legal team to investigate how the statue could be moved, and the City Council on July 21 adopted a resolution supporting his efforts. City officials will argue their case before District Judge David Smith on Aug. 17.

"An unconstitutional and absolutely null consent judgment, as well as changed conditions, demand that this court dissolve and/or nullify its 40-year-old permanent injunction and allow the Mouton statue to be relocated," City-Parish Attorney Greg Logan and Assistant City-Parish Attorney Stephen Oats wrote in court filings.

The United Daughters of the Confederacy, city-parish attorneys argue, never had a legal interest in whether the statue could be moved because the city long before 1980 owned both the statue and the land on which it stands. The statue, they state, was donated to the city "unconditionally" and by allowing the organization to stop the city from moving the statue, the city grants the organization rights over public property, which is prohibited by the Louisiana Constitution.

They further argue that times have changed in the past 40 years, with increased objection by residents to what many consider a symbol of Black oppression and racism. Since the police killing of George Floyd in Minneapolis in May, Confederate statues across the country have been toppled and destroyed by protesters, they wrote.

The city and mayor-president want to remove the statue "to protect it from potential toppling or vandalism, to protect the public's safety from incidents occurring during any such toppling or related protest, to move the perceived oppressive symbol from a prominent location, and to limit the expenditure of law enforcement resources necessary to protect the Mouton statue and the public."