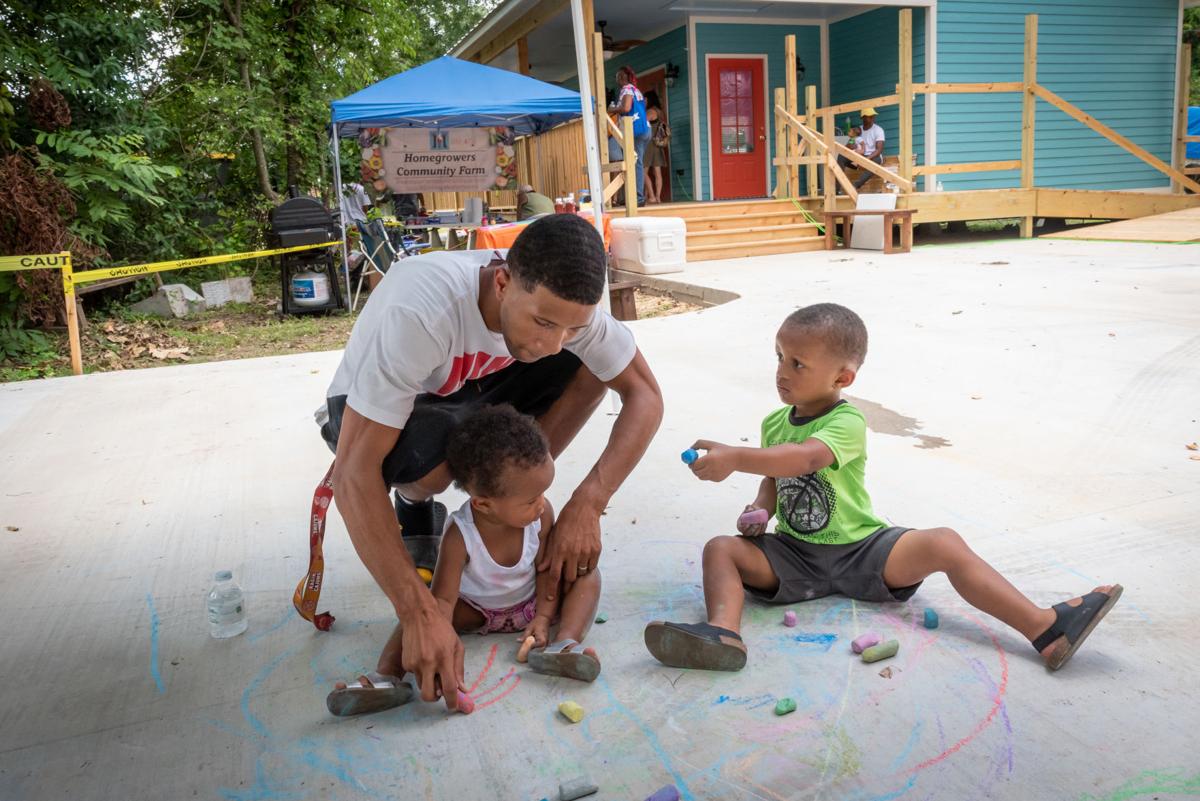 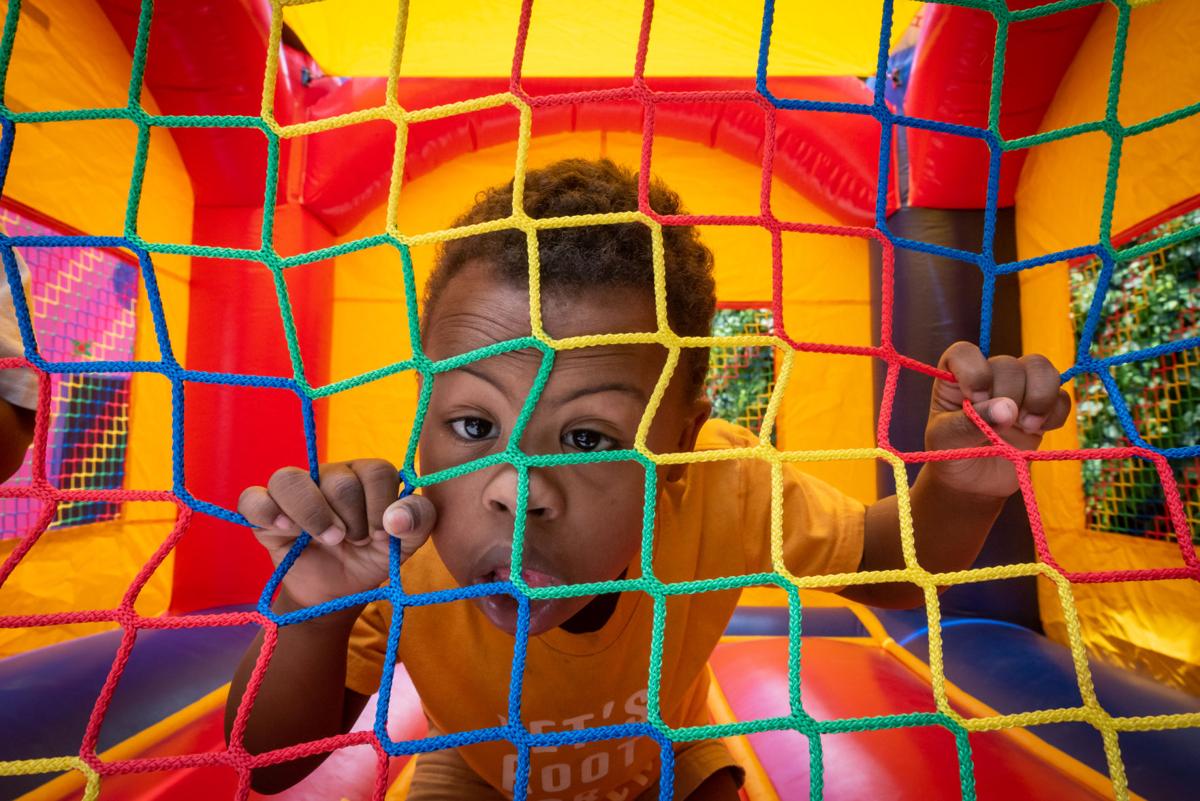 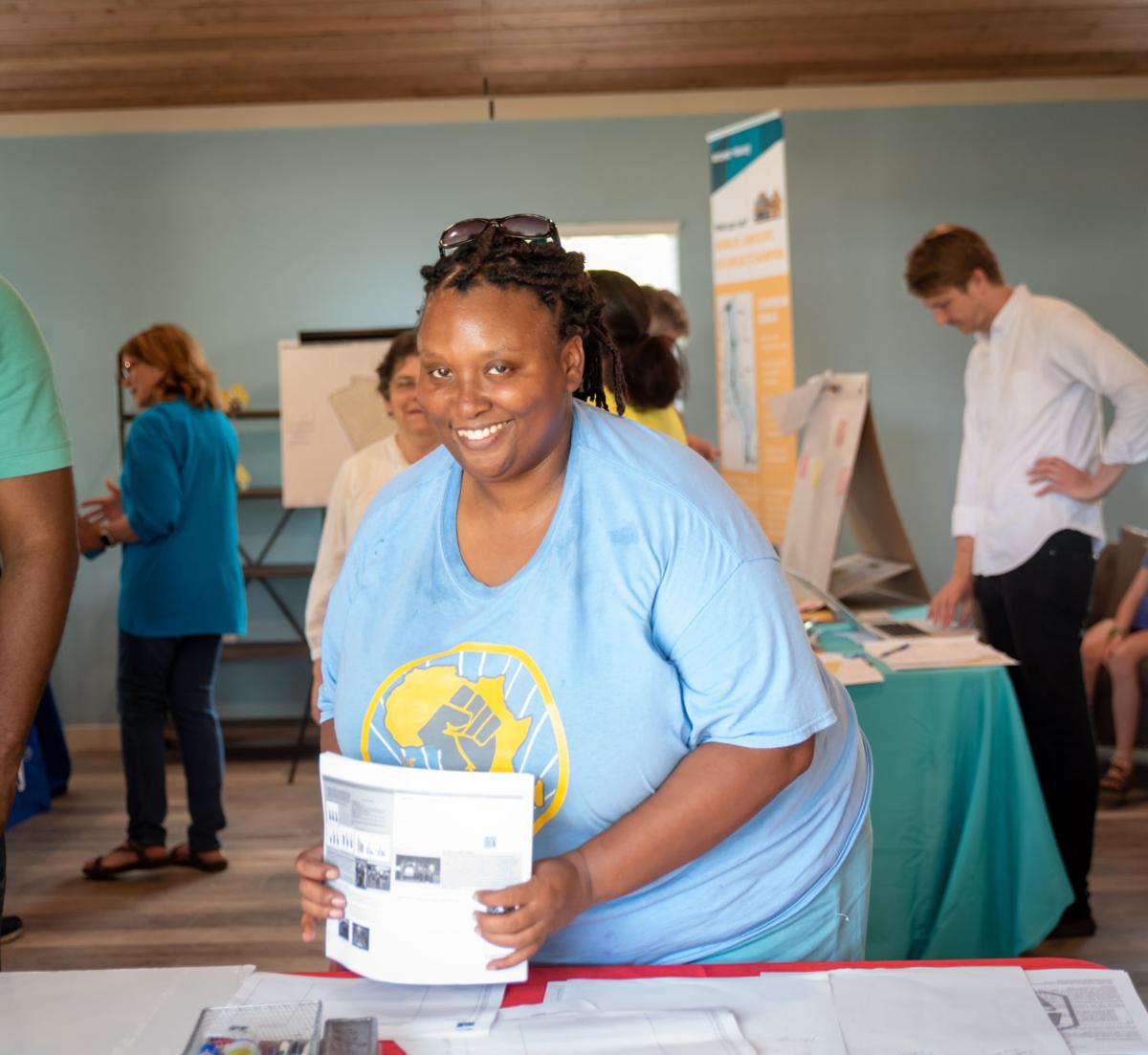 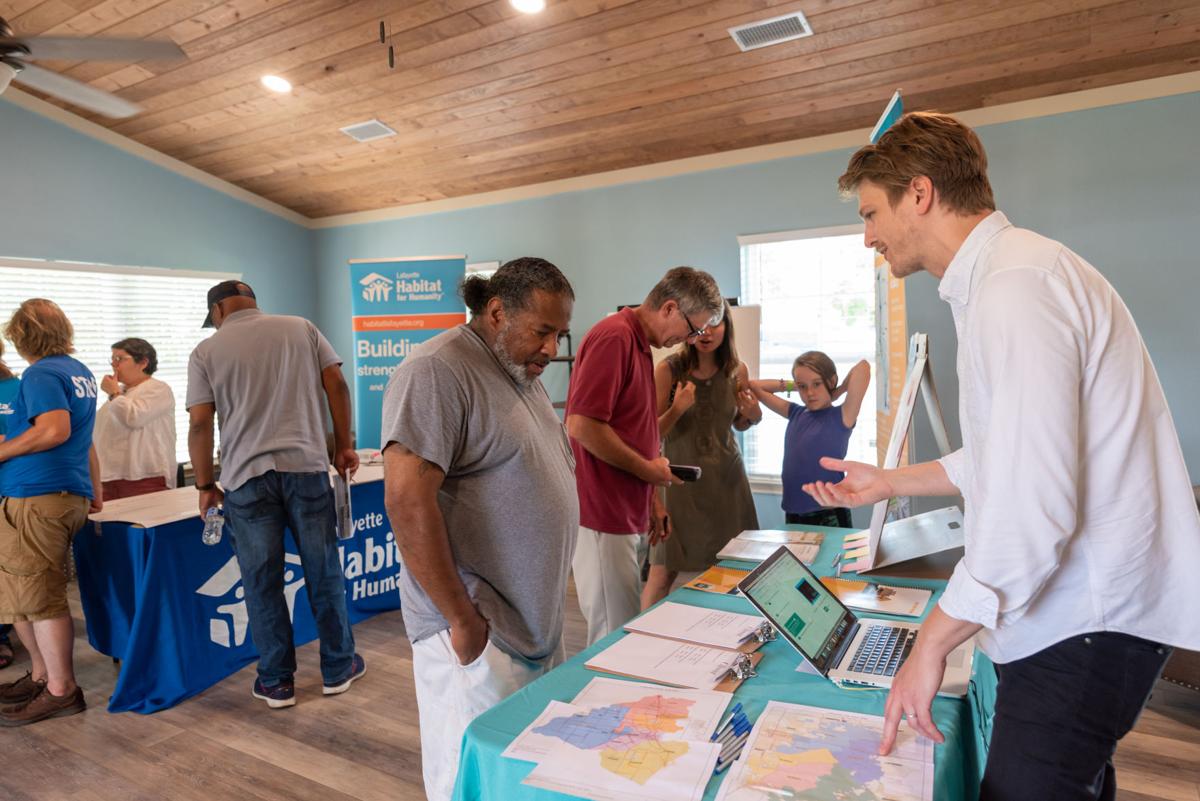 McComb-Veazey residents braved the heat Saturday to share food, laughs and ideas for their neighborhood’s future at the soft opening of the Community House, a congregation space aiming to uplift the historic Lafayette neighborhood.

Tina Shelvin Bingham, executive vice president of the McComb-Veazey Neighborhood Coterie, said the vision for the Community House is for it to be like the community’s living room, a space where people feel comfortable coming to seek resources, attend workshops and fellowship with one another.

The project was a collaboration between the McComb-Veazey Neighborhood Coterie, Project Front Yard, Lafayette Habitat for Humanity, Lafayette Consolidated Government and the University of Louisiana at Lafayette, among other partners.

At the event, a DJ played music while children jumped and squealed in two bounce houses, volunteers roasted vegetables and community members talked about the neighborhood, its future and what they hope to see with representatives from local stakeholder groups.

“This is a complete change from what it looked like before. The before and after pictures don’t do this justice at all. We’ve done way more than we thought with this project,” Bingham said.

The process began around 2015, she said, and it took between two to three years to finalize the plans with local government and secure funding for the project. The house was funded by two Lowe’s Foundation grants, one for $20,000 acquired with Project Front Yard through Keep Louisiana Beautiful and another for $100,000 through the group’s partnership with Habitat for Humanity, Bingham said.

The neighborhood coterie signed a cooperative endeavor agreement to turn the blighted property into a community asset, Bingham said, and it is managed by Lafayette Consolidated Government through its adjudicated properties program.

Bingham became passionate about revitalizing the McComb-Veazey area after returning to Lafayette in 2008. She graduated from Southern University and when she returned home saw a downturn in the neighborhood and other areas of the north side.

Lafayette Habitat for Humanity and Lowe's partner with the McComb-Veazey Neighborhood Coterie to make the Community House, a planned entrepren…

In 2014, Bingham organized her first project with the coterie, a mural painting at the corner of Magnolia Street and Twelfth Street. Seeing this community space completed only yards from that site is amazing, she said.

“It’s a full circle moment for me,” Bingham said.

Lafayette Habitat for Humanity President Geoff Gjertson, an architecture professor at the University of Louisiana at Lafayette, headed up the design of the Community House with architecture graduate student David Hebert. Gjertson said the cottage-like, 700 square foot space was divided into four small rooms before the redesign started.

The home was severely dilapidated, he said. The foundation wasn’t sound, the floor was settling, there was significant damage to the windows and exterior siding and there were problems with the roof.

The construction team raised the home and adjusted the foundation, installed new windows, replaced the interior walls, reframed the building and installed a new roof, among other work, Gjertson said.

With the added wraparound front porch, the house now has about 1,200 square feet of usable space. Discussions about the home’s future include possibly adding a commercial kitchen, he said.

Inside the house, they’re planning to add a drop-down screen and projector, a television, Wi-Fi, a mini free library for people to take and donate books, and computers for residents to submit job applications and children to complete homework.

Once finished, the space will be used for the coterie’s monthly meetings, workshops on business development and leadership, the organization’s “Cooking in the Hood” food demonstrations and game nights, and other community needs. They’re also looking for suggestions and what the community would like to see out of the building, she said.

“We want people to take ownership of it,” Bingham said.

Martin Arceneaux, construction site supervisor for Lafayette Habitat for Humanity, said the community’s excitement has been evident during his crew’s work over the last several weeks. Neighbors have been slowing down while driving by to peek at the home’s progress and have stopped to ask questions or cheer them on.

The best part has been getting to know the people the house will serve, he said.

Watching her 3-year-old son, Wenzel, play with other children on a bounce house, Ozenne said she thinks spaces like the Community House will “add hope and lead to a brighter future for the young people coming up around here.”

Redevelopment in the north side has lagged and many of the buildings are aging and out of date. Seeing this and other projects happening in the area is a good sign for the future, she said.

“Every neighborhood deserves to have quality housing and a quality center to go to,” Ozenne said. “I think it’s very nice they’re doing something like this in this neighborhood. It gives the people somewhere positive to go and a place to escape.”