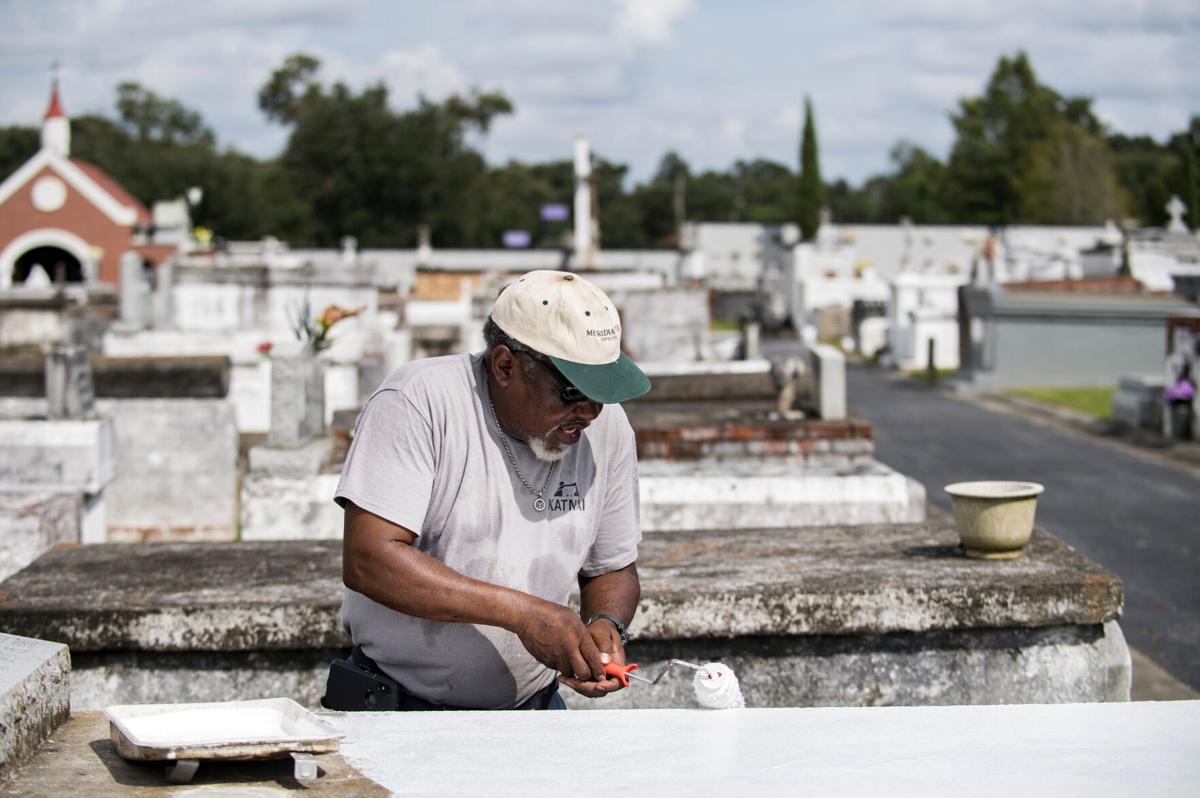 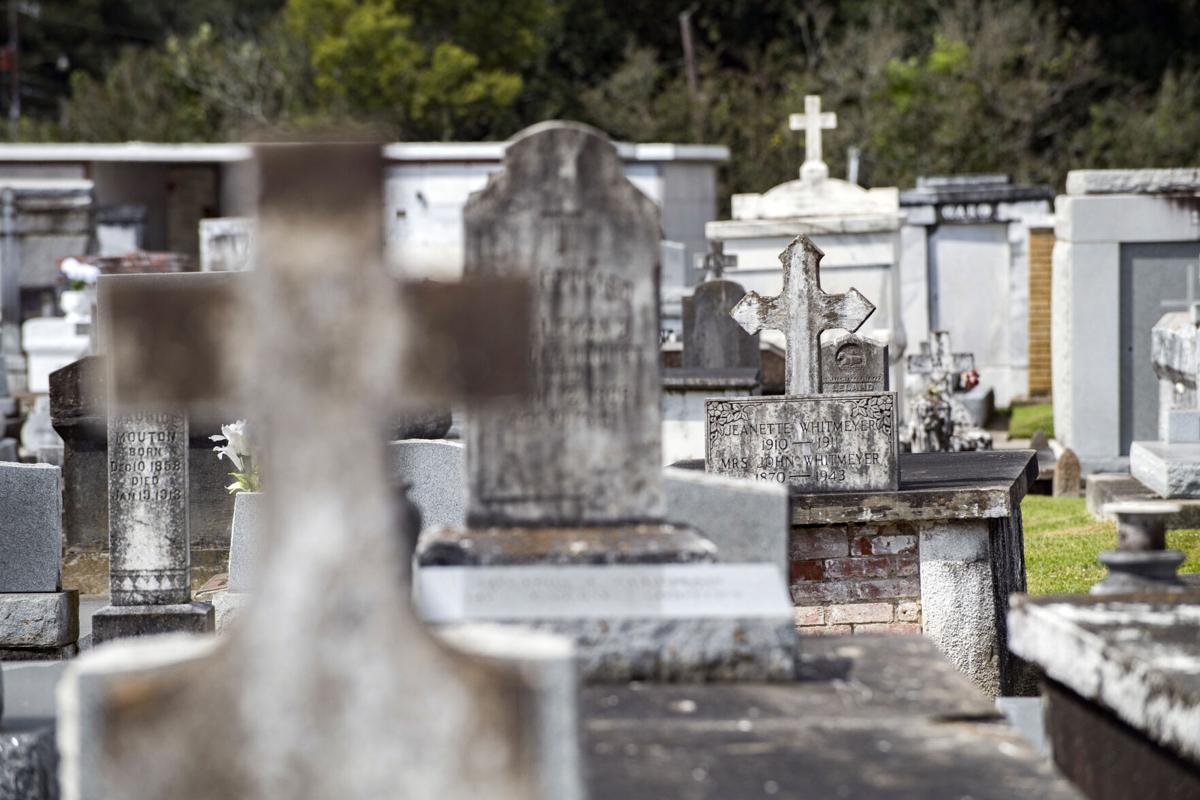 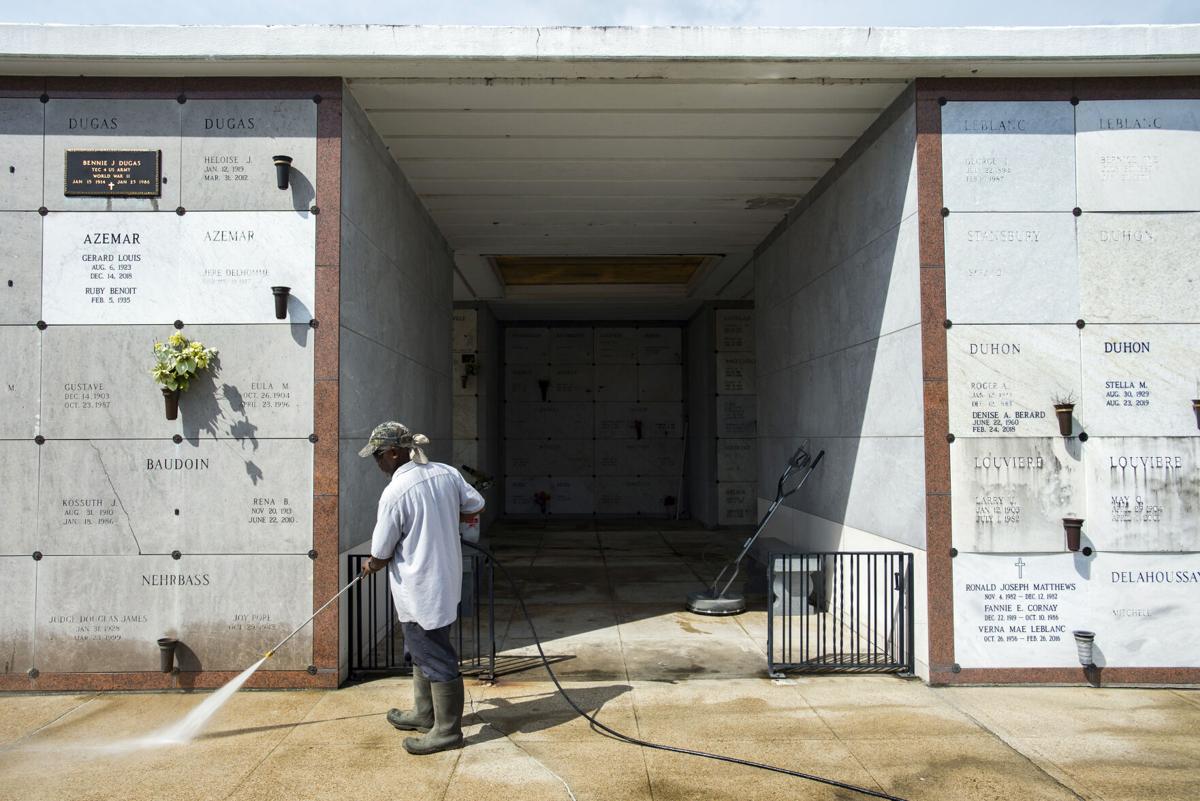 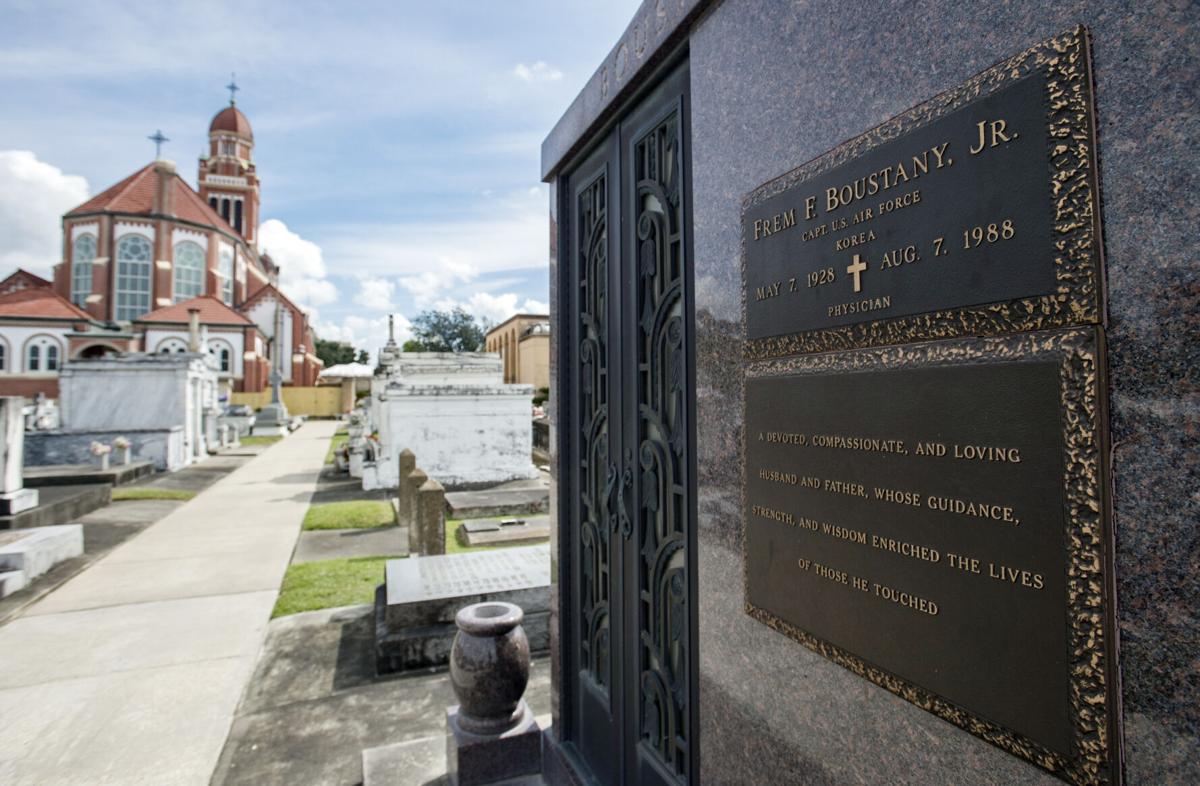 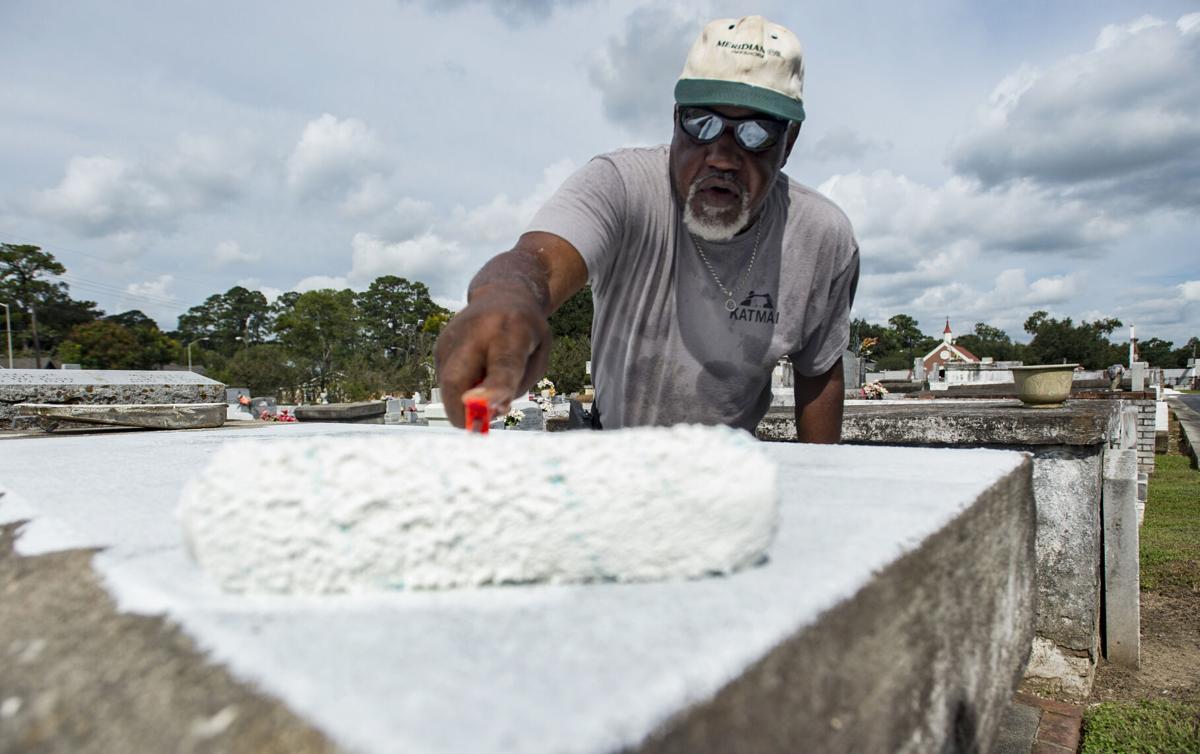 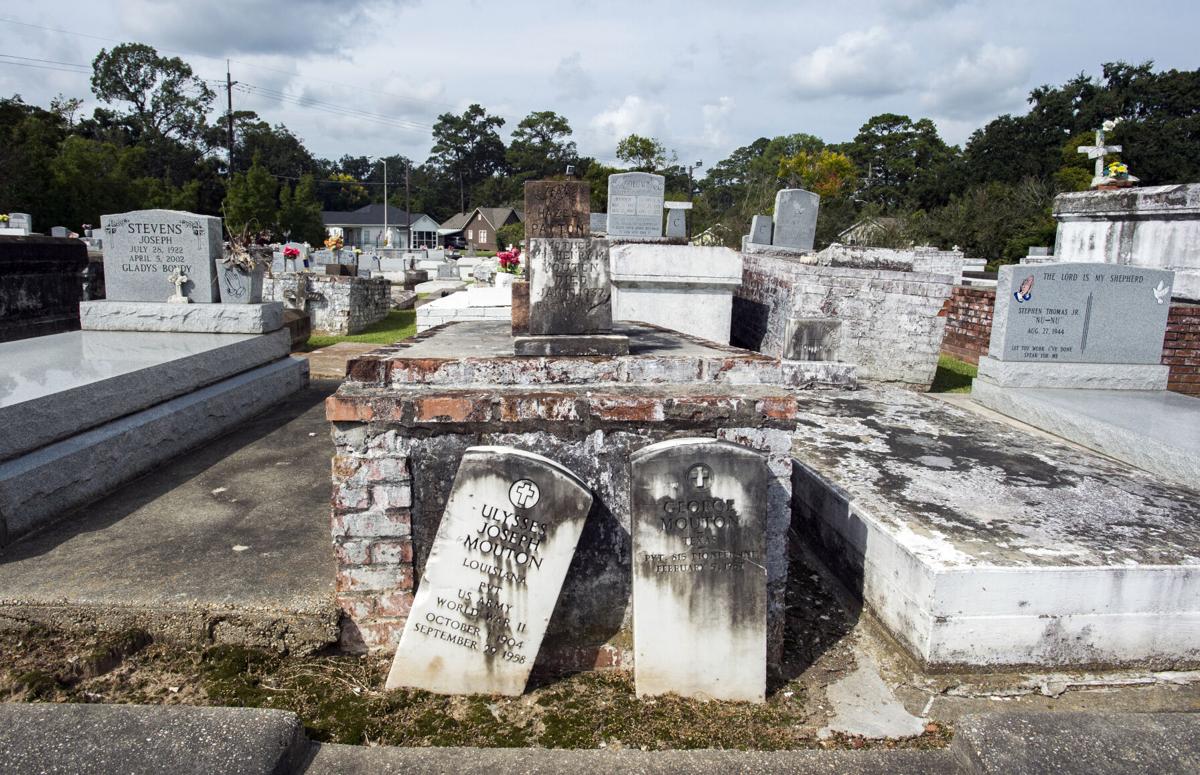 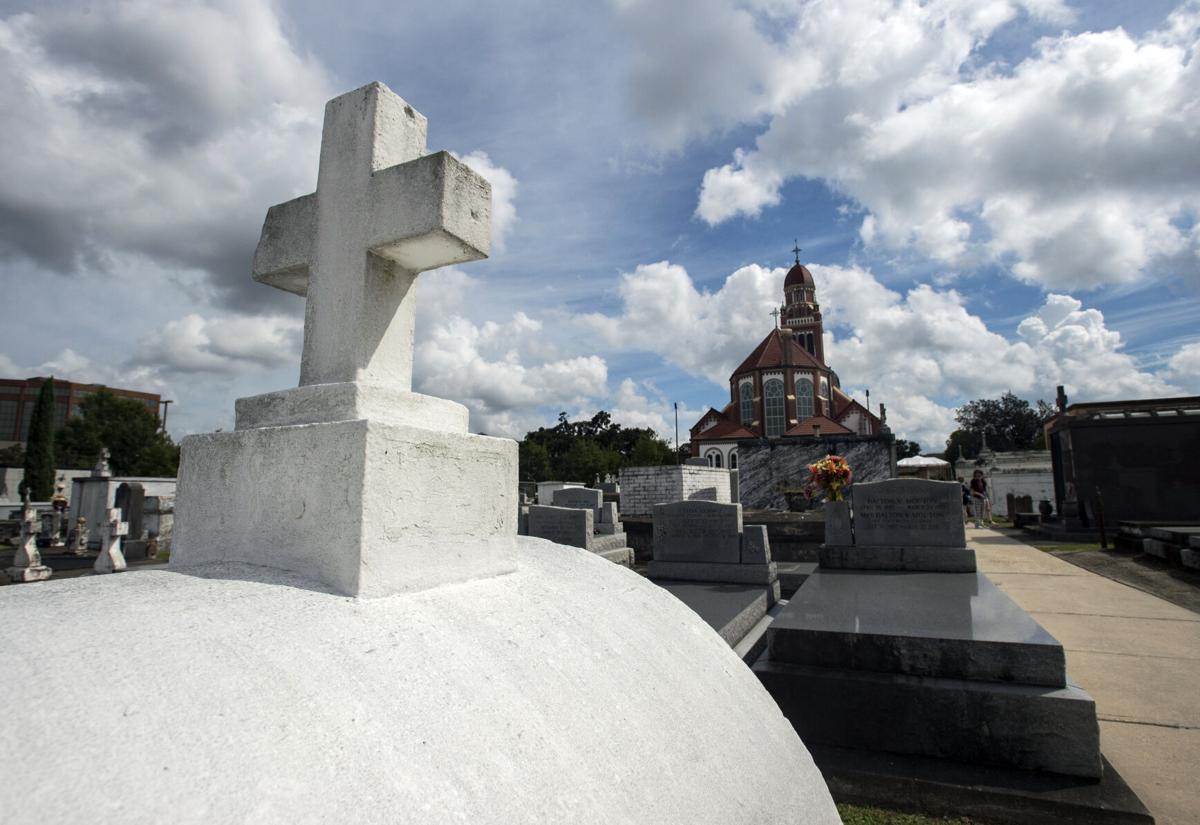 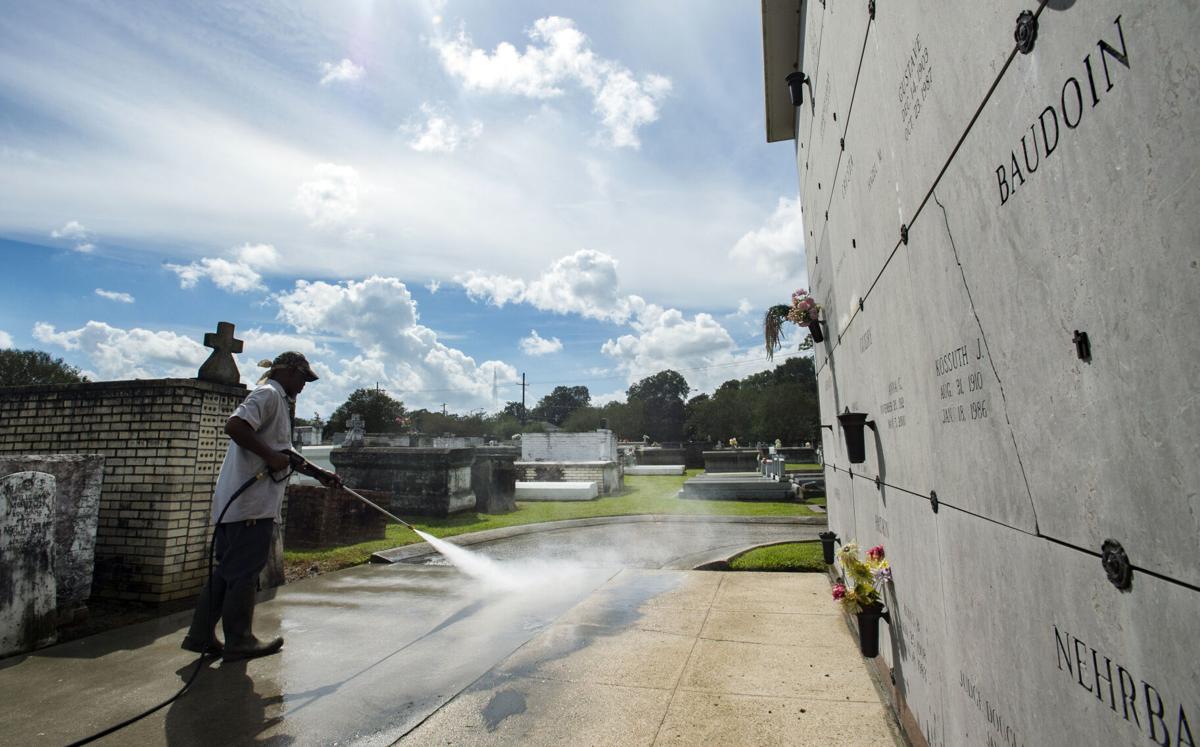 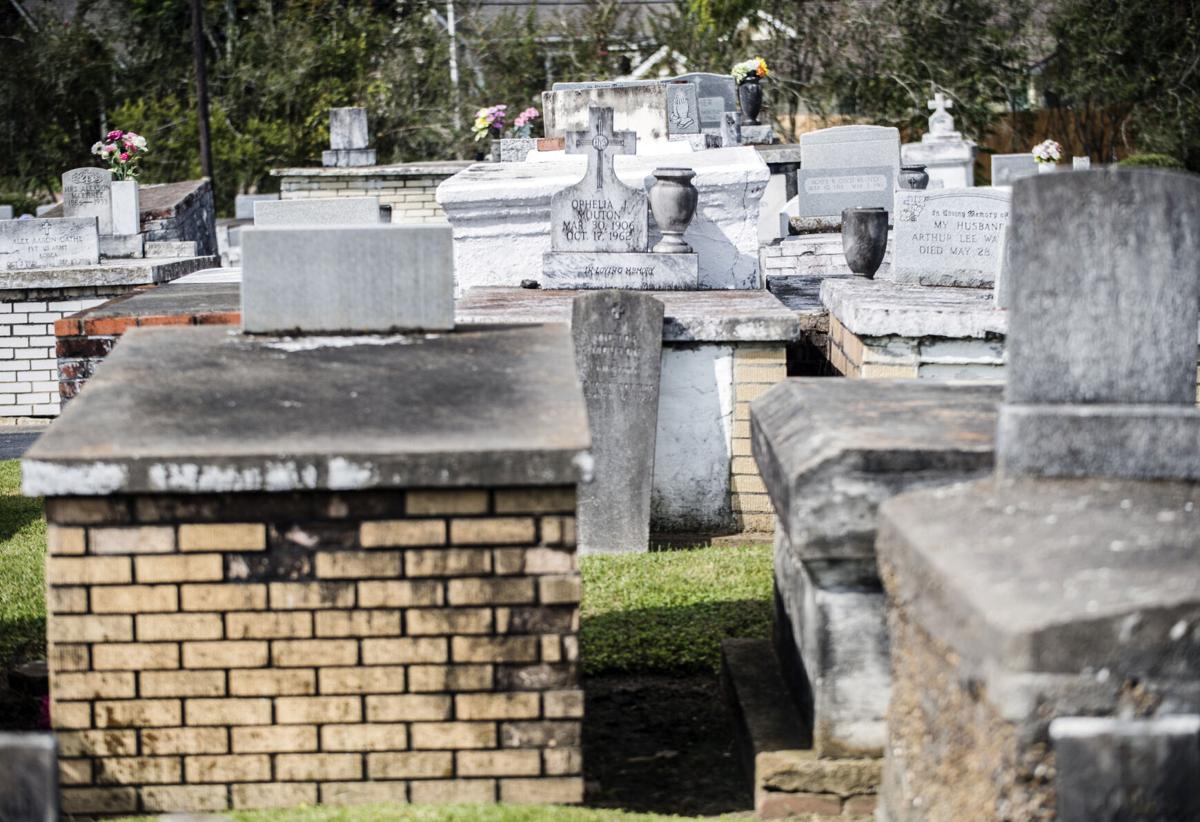 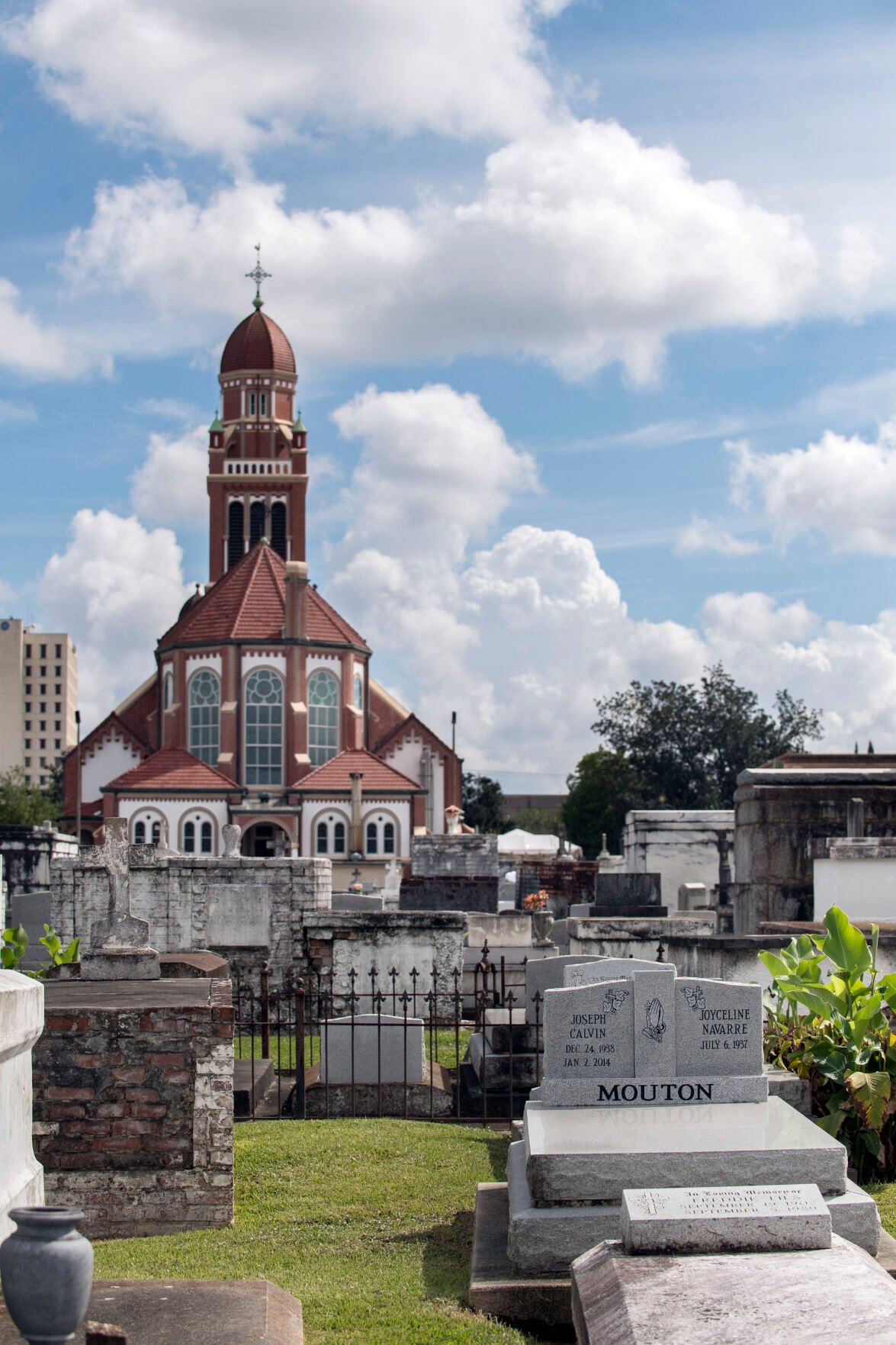 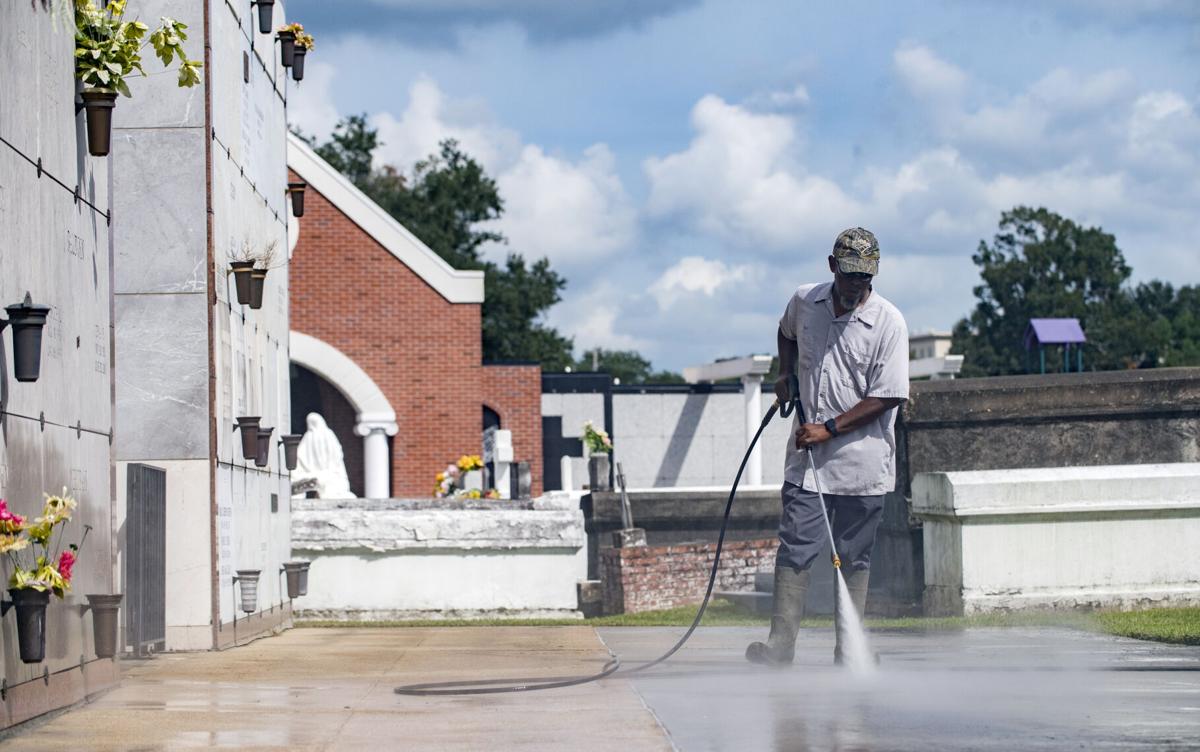 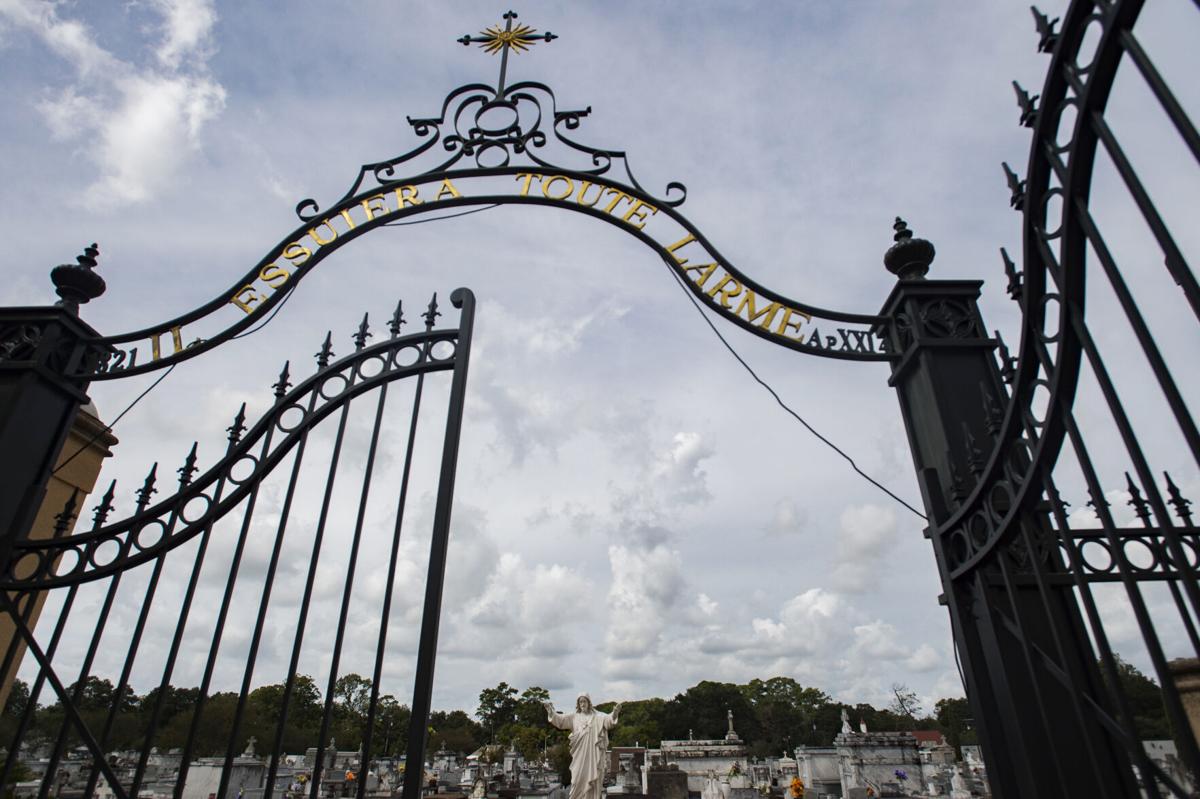 An open gate to the St. John Cemetery is pictured Thursday, October 14, in Lafayette, La. 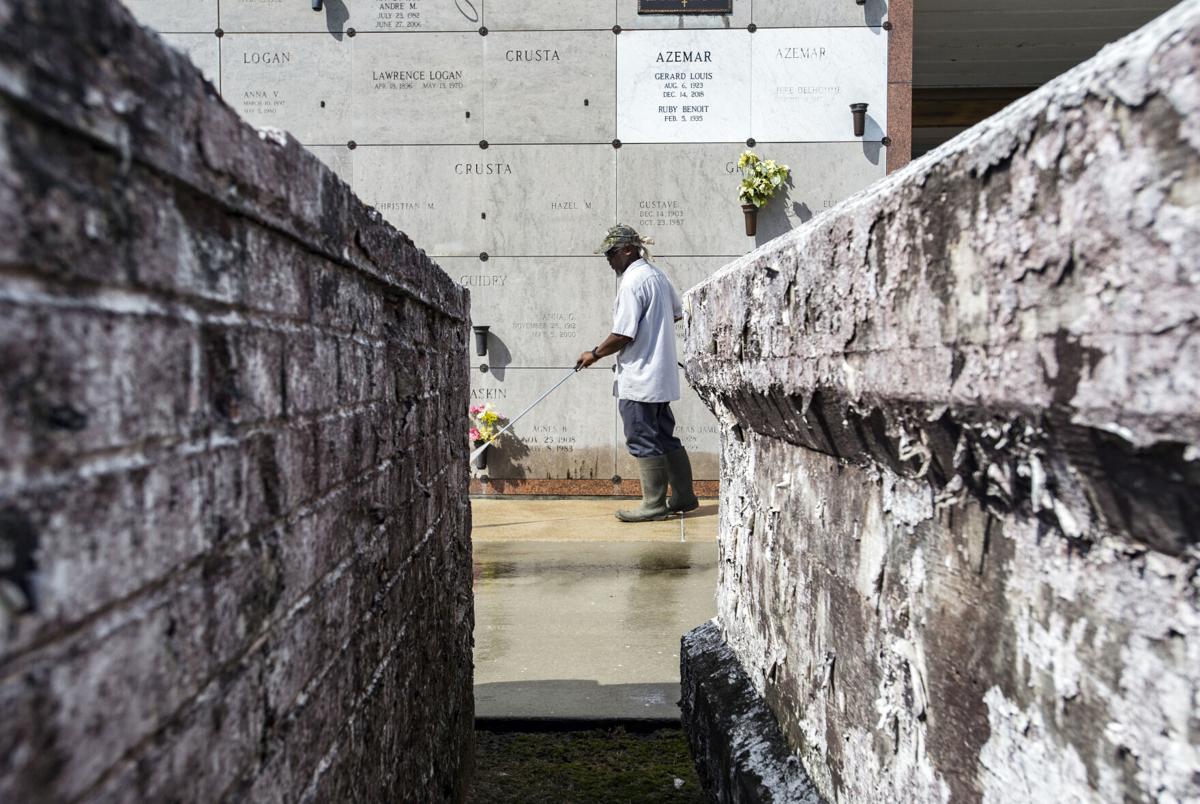 An open gate to the St. John Cemetery is pictured Thursday, October 14, in Lafayette, La.

Lafayette’s oldest cemetery will host a night tour on All Saints Day, a ready opportunity for people to learn about the ancient grounds and Catholic traditions of burying the dead.

“Above Ground: A Cemetery Experience,” will last from 6 p.m. to 8 p.m. Nov. 1 at the Cathedral of St. John the Evangelist. Brady LeBlanc, director of the cemetery for the past decade, will lead the curated lantern walk that will include music by T’Monde, catechesis, candlelight prayer stations and stops at historic gravesites. It begins around 7 p.m., after the conclusion of the 5:30 p.m. Mass in the cathedral.

All Saints Day is a holy day of obligation and the day occurs near the end of the church’s bicentennial year. The theme for the year has been Remember, Renew and Rededicate.

“My philosophy is that the cemetery is a sacred history book. It helps us to know the lives and history of the faithful buried there, from great authority figures to priests to religious to great teachers, coaches, political figures and to the humble servants who have made a difference in the world,” said the Very Rev. Chester Arceneaux, VF, pastor at St. John’s.

LeBlanc visited cemetery tours at churches in St. Landry and Vermilion parishes before planning this event, which Arceneaux said would reflect “the mystical body now in heaven." Through the tour, “We remember and honor the dead and remind children to be the next generation to carry the light that comes before us.”

'Different for having been here': Sacred Heart marks 200 years of faith and learning in Grand Coteau

GRAND COTEAU — This small St. Landry Parish town was an unlikely center of faith and learning, but two centuries ago, a few women made it so.

Those who take the tour will pass under the wrought iron gate, installed in 1993, which bears the word, Il essuiera toute larme, or “He will wipe away every tear,” from Rev. 21:4. A cemetery tour book suggests the message points to the end of mourning, sin and death at the last resurrection — the old world disappears. From there, they will enter the more than 5.5 arpents of grounds that the congregation purchased in 1832 for $2,400 from Alexandre, Cesaire and Antoine Emile Mouton — sons of Jean Mouton, who had donated the land for the church itself.

LeBlanc said the tour will make participants more aware of the Catholic theology behind dying, death and the afterlife; burying the dead is one of the corporal works of mercy. He will explain why Catholic Christians hold wakes, visitation, why some will pray the rosary and celebrate the Mass during the observations of death. They will explain why mourners accompany the body to the cemetery.

“It is the church’s duty to bury their dead and to show reverence for their lives,” Arceneaux said.

“We’re digging deep,” LeBlanc said of the night’s itinerary. “This is what we want you to take away with your night: Why we do what we do as Catholics for funeral rites and customs.”

If Catholics aren’t conversant with their traditions, if they aren’t “schooled,” they may not live up to their obligations to family members who die, he said.

Along the walk, participants will stop or pass by the gravesites of numerous luminaries in the city’s history. These include Elizabeth Crow Geiger, the daughter of Basil and Francis Crow, whose burial is the first recorded on the cemetery grounds. She was born in Bardstown, Kentucky, in 1799 and died in 1822 in Lafayette.

'World has moved on': In Ida's wake, volunteers in short supply in Terrebonne, Lafourche parishes

More than six weeks after Hurricane Ida made landfall, Catholic Charities of Acadiana is continuing to send assistance to their counterparts i…

Others include Confederate generals Franklin Gardner, who married Marie Celeste Mouton, daughter of Gov. Alexandre Mouton, and Alfred Mouton, the governor’s son, killed at the Battle of Mansfield. The governor himself is buried there, as is his father, Jean Mouton.

So is Most Rev. Joseph Abel Francis, SVD, Lafayette native and one of the first Black bishops in the United States. He was auxiliary bishop in the Diocese of Newark, N.J.

Jefferson Caffery, a diplomat and ambassador to El Salvador, Colombia, Cuba, Brazil, France and Egypt, is buried at the cemetery. A convert to Catholicism at 42, he was as a diplomat a close friend of Archbishop Roncalli, who later became Pope John XXIII.

Others buried there include Harry Lewis Griffin, longtime dean of liberal arts at Southwest Louisiana Institute and Stafford Morgan Blackham, first professor of animal husbandry at SLI. The remains of Clement J. McNaspy, the “Father of Southwestern Athletics” and football, baseball and basketball coach, rest there, as well.

Other structures of importance on the grounds are Our Lady of Holy Innocence Tomb, which holds remains of infants; the Sacred Heart Columbarium for the Unclaimed, which aids the city of Lafayette in burial of unclaimed cremains; and the Baby Way, which holds the remains of unclaimed children and newborns found during tomb renovations.

COVID numbers down in Acadiana and Dr. Fauci says you can go trick-or-treating: Here are the times

Last year at this time, COVID-19 cases were on the rise and there were questions about how to safely celebrate Halloween. This year, cases and…

LeBlanc, a one-time seminarian, said the cemetery is open every day. He describes the grounds as “an important part of the healing process for families after death.” Emotion run a wide range, he said, when it comes time to make burial arrangements. In some cases, family members express frustration or anguish after losing someone young or needlessly; in others, they celebrate the long and joyful lives of family members.

He said the job comes with pressures: The same day he spoke with The Advocate, he was arranging for four funerals in the next two days. But he cherishes his job.

“I take pride in the work, and try to make sure every funeral is perfect,” he said. “So I don’t mind when people call 24 hours a day. I remember that loved ones need to heal.”

LeBlanc said it’s uncertain how many remains reside in the cemetery. In some cases, families used to store many people from the same family in a single tomb — some tombs hold 20 people.

It’s not difficult to keep records with computers, he said, but two centuries ago, selecting burial sites and keep records were more relaxed. Old records might record a grave as being “northwest of the tree that is 6 feet tall.”

Do you ever wish your grandparents wrote an autobiography? This Lafayette business can help.

Youngsville native Olivia Savoie’s love of history, storytelling and the rich lives of the elderly has blossomed into Raconteur Story Writing …