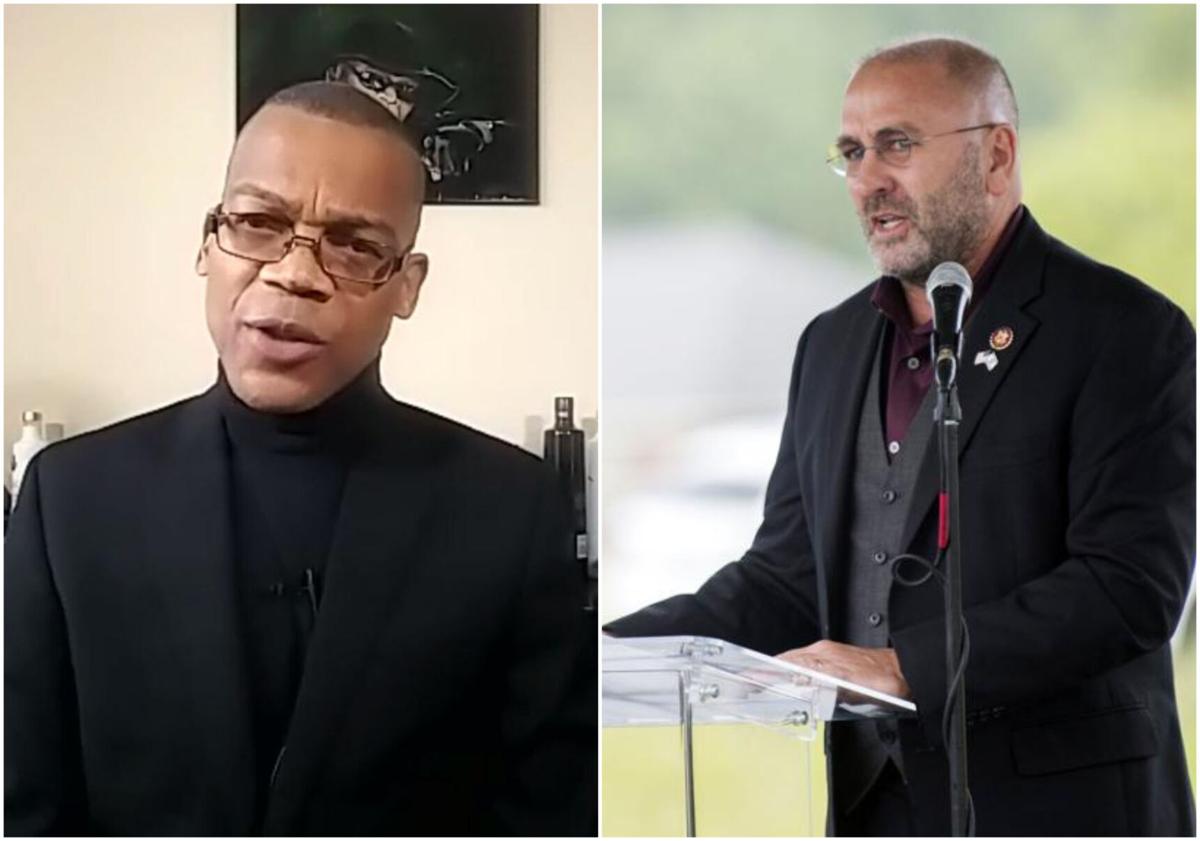 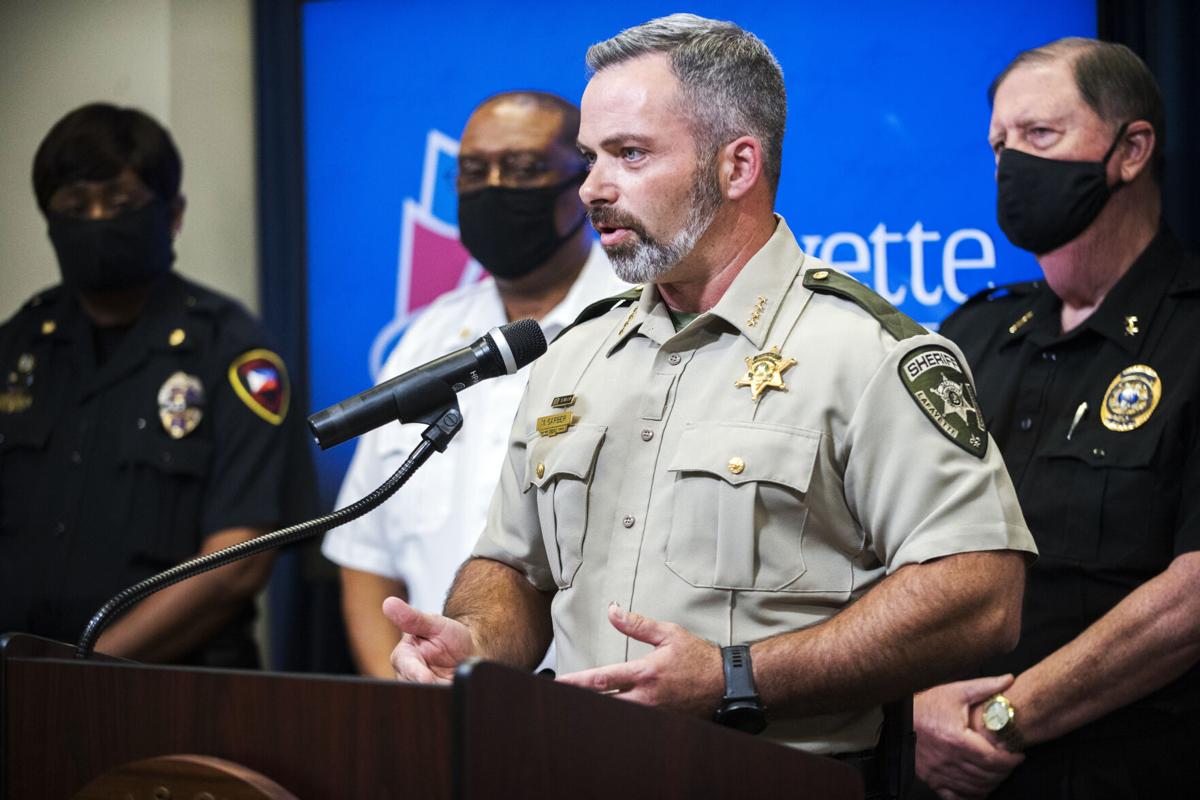 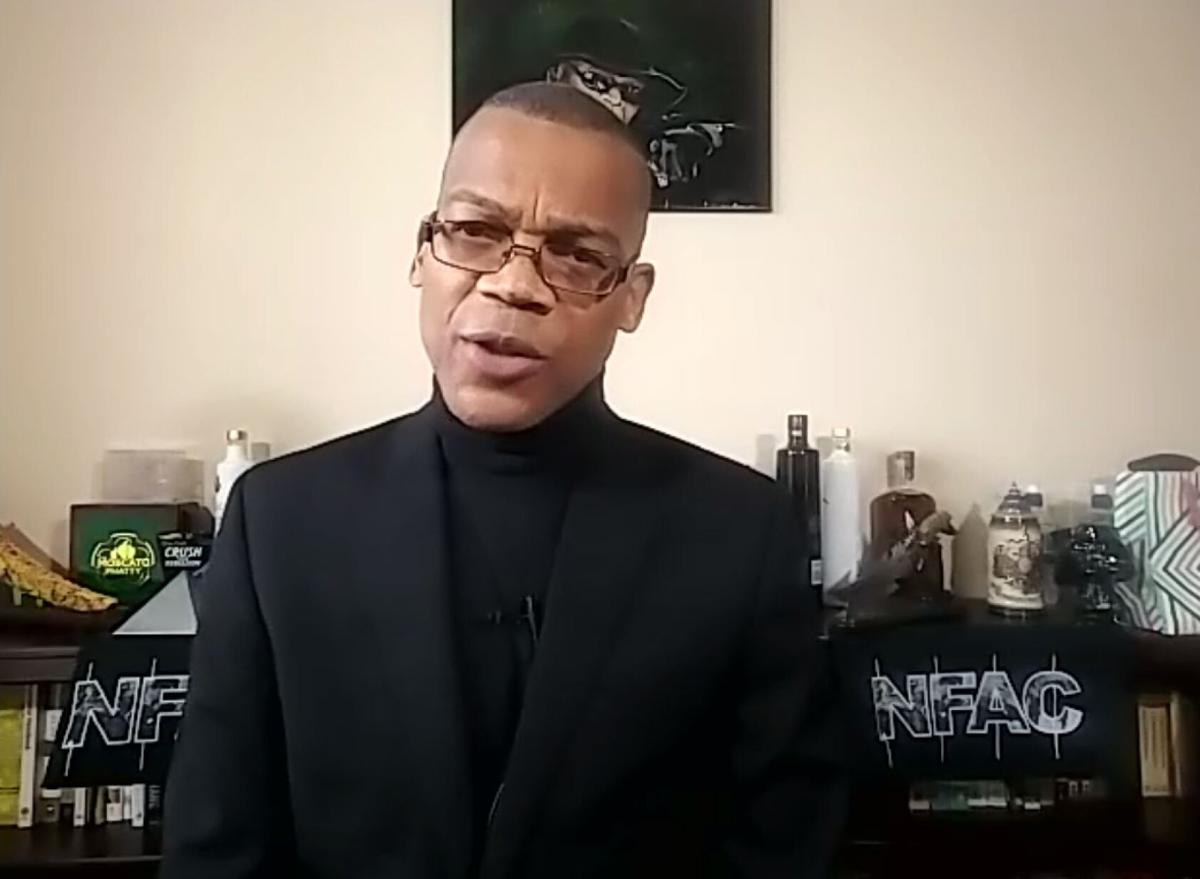 U.S. Rep. Clay Higgins on Tuesday night made tentative peace with a Black militia leader he recently threatened to shoot.

Higgins told John Jay Fitzgerald Johnson in a phone call he had misunderstood the purpose of the Not F---ing Around Coalition, which Johnson founded within the past year with the stated mission to protect, self-police and educate Black communities.

One month ago, Higgins posted a photo of Johnson and NFAC members threatened to “drop any 10 of you where you stand.” He advised supporters in a subsequent post to stay tuned for the “time to gear up, mount up and roll out.” Facebook removed those posts for inciting violence.

But Higgins told Johnson on Tuesday that he has since come to admire the militia leader, and that he would meet Johnson in person at NFAC’s demonstration in Lafayette on Saturday.

“You convey some things that are very impressive to me, just as a man, regarding your calm, your poised approach to this very volatile situation. Not just Lafayette. Our nation needs healing right now,” Higgins said to Johnson.

Johnson recorded and published a video of the 20-minute call. Higgins’ spokesman said the congressman was not aware that Johnson would do so. The spokesman did not respond to a query for further comment.

“We are in new territory people,” Johnson told his viewers after hanging up with Higgins. “Y’all have to understand what you’re witnessing. A sitting congressman has had to apologize to Black power.”

The NFAC is planning to march through downtown Lafayette under a permit granted by Lafayette Consolidated Government. Johnson has said the demonstration is in response to Higgins’s threats, as well as a show of solidarity with Black residents following the Lafayette Police killing of Trayford Pellerin on Aug. 21.

Local officials on Wednesday said Johnson initiated contact and worked closely with them to plan for security. At least two other self-proclaimed militia groups have told local authorities they intend to show up, according to Sheriff Mark Garber. He declined to provide additional information about those groups.

The demonstration is planned to begin at 4 p.m. at Parc Sans Souci. Food, entertainment and voter registration are scheduled to start at 11 a.m.

Garber said law enforcement would uphold demonstrators’ constitutional rights to peacefully assemble and bear arms, albeit in a “non-permissive environment.” He warned anyone planning to carry firearms to avoid gun-free zones downtown. Anyone found with a gun in those areas would be subject to arrest and felony charges, Garber said.

“NFAC has worked with us extensively. They have communicated very, very well,” Garber said. “The wild card is who all is going to show up, and for what reason.”

Officials said on Wednesday morning they would provide maps of the gun-free zones, as well as copies of the NFAC permit. Those records had not been provided as of 5 p.m.

Some details about the event have not been publicized, including the marching route and expected number of permitted demonstrators. All non-NFAC members will be kept apart from the main demonstration. Johnson said his group will closely follow all laws and not initiate violence.

Johnson told former Councilman Kenneth Boudreaux in a Facebook live interview on Monday that Higgins must publicly apologize for his threats. If not, the NFAC “would make it so uncomfortable for your constituents they are going to beg you to apologize,” Johnson told Boudreaux.

Higgins’ conciliatory remarks in the Tuesday call fell short of an apology, or a commitment to offer one. But Johnson said he expected Higgins to apologize when they meet at the demonstration.

“What I heard on that call was a man who wanted to be clear, was a man that wanted to clarify what his intentions were, and a man who was actually opening the door to try to reconcile,” Johnson said.

Johnson also said Higgins was understandably confused over his identity, since an unaffiliated activist from Houston announced in an Aug. 30 video that NFAC was coming to Lafayette. The activist, Gerry Monroe, demanded that Lafayette officials meet with him within 48 hours and warned that "you have a storm coming." Monroe later said he miscommunicated.

Higgins made his threats two days after Monroe's video, as Johnson and NFAC were involved in Louisville demonstrations concerning the police killing of Breonna Taylor. Lafayette had not previously been an NFAC priority, Johnson said.

“This entire situation grew out of another individual who is not affiliated with the NFAC, who had no right to speak on our behalf, and who issued information that was tantamount to a threat that (Higgins) was responding to,” Johnson said.

The Lafayette Parish Sheriff’s Office has released a map showing gun-free zones as it prepares for an armed militia demonstration on Oct. 3 in…