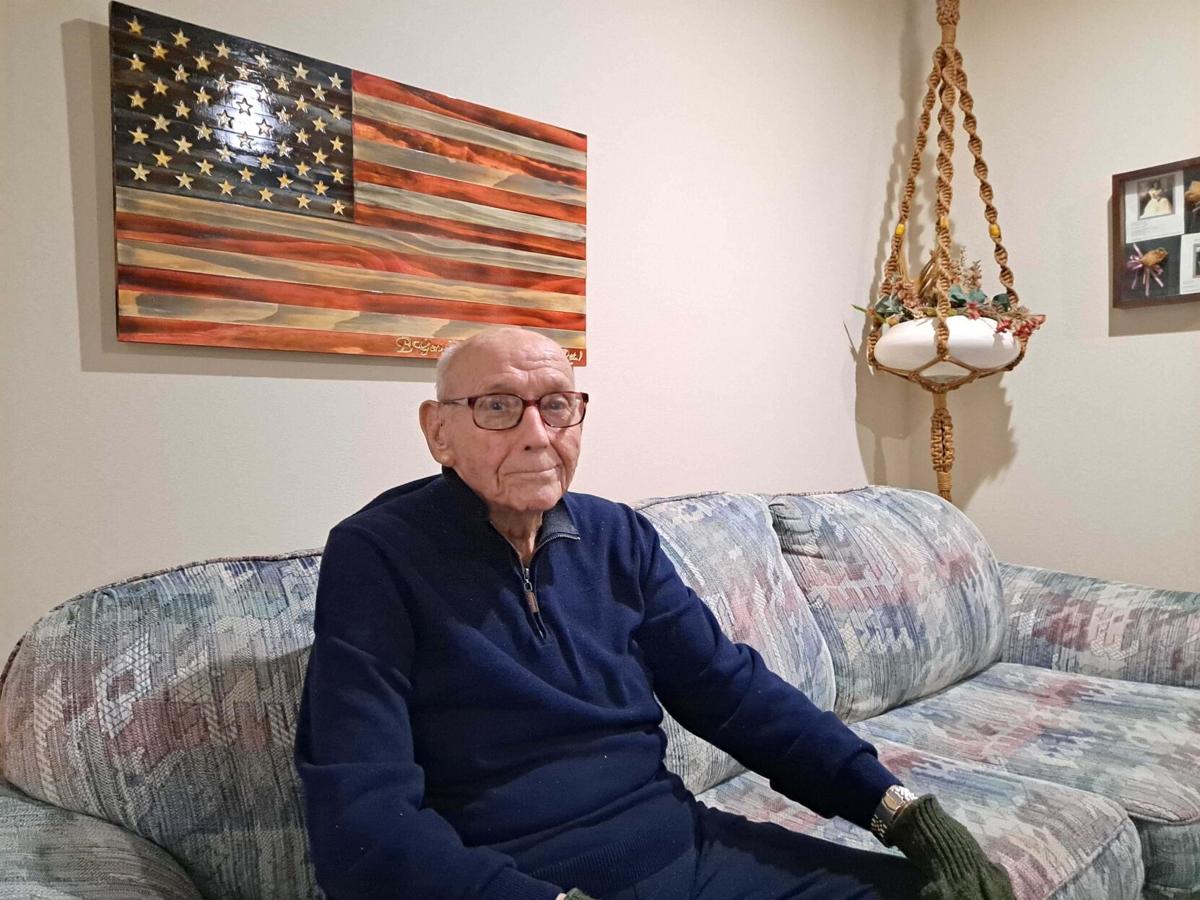 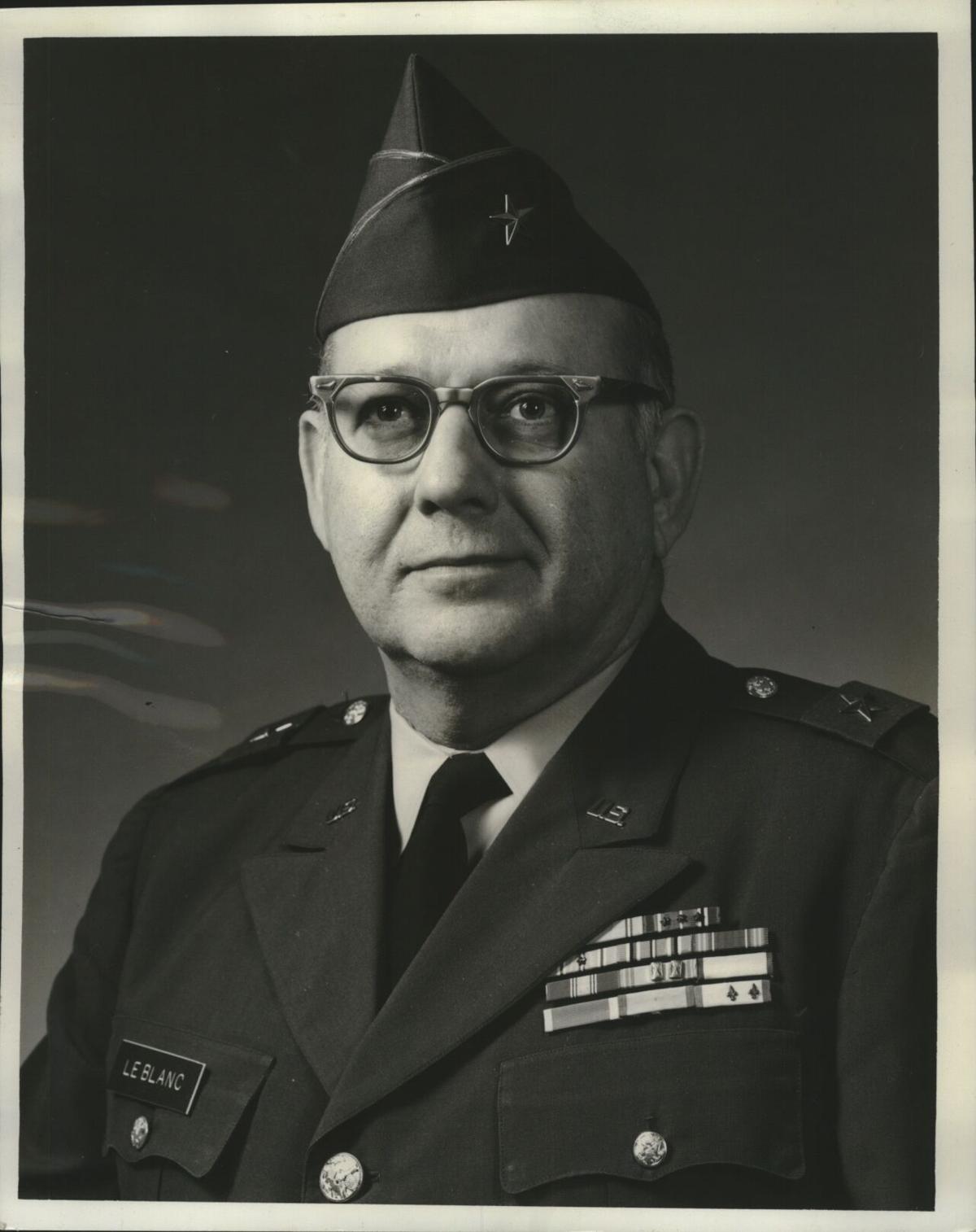 Brigadier General Robert J. LeBlanc, commander of troops, Louisiana National Guard, was awarded the Louisiana Distinguished Service Medal by Governor Edwin W. Edwards Friday at the Governor's Day review of the 256th Infantry Brigade at Fort Polk. The 4,000-man brigade has completed one week of its two-week summer training at the Leesville post. 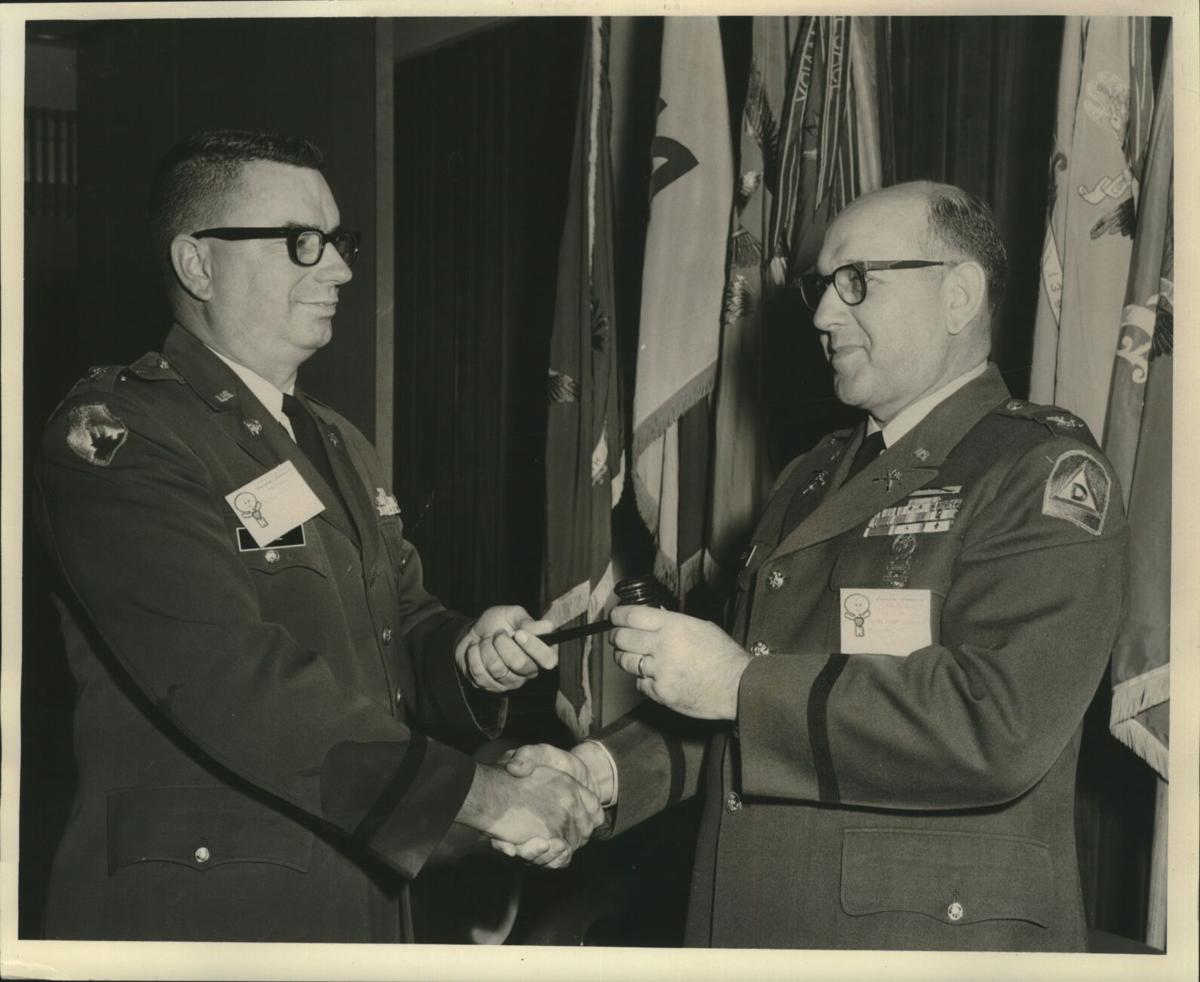 Brigadier General Robert J. LeBlanc, commander of troops, Louisiana National Guard, was awarded the Louisiana Distinguished Service Medal by Governor Edwin W. Edwards Friday at the Governor's Day review of the 256th Infantry Brigade at Fort Polk. The 4,000-man brigade has completed one week of its two-week summer training at the Leesville post.

ABBEVILLE -- For Gen. Robert J. LeBlanc, one of Louisiana's most decorated military veterans, November marks his birthday, he said from his home Wednesday. “And exactly on my birthday, 76 years ago, on Nov. 6, I was discharged from my active duty in Europe during WWII.”

Back then, in 1945, when the Allies defeated the Nazi regime, he was only a 24-year-old officer. A few days ago, he turned 100 as a retired general.

“For me, Veterans Day means freedom. It means everything,” he said. “Now we think that it happened automatically - that freedom. But it didn’t. We had to fight for it, and we can’t forget it.”

The life and the service of the general represent what service means. LeBlanc left university a semester away from graduating with a math degree in 1943 when he volunteered for a secret mission in Europe with the Office of Strategic Services.

“I said yes in a heartbeat,” the general recalled. “And I would do it again.”

During his years in Europe, his knowledge of Cajun French was vital.

“During the training, they taught him what were the differences between the Cajun French uses and the European French habits,” said Denise LeBlanc, one of the general's daughters. “He told us many times that he was surprised that French people in Europe used utensils, like forks and glasses, in a different way. They ate differently. They behave differently.”

But the French people had something in common with his Louisiana background. “Especially in the rural areas in France, they spoke the same way he used to speak when he grew up in Louisiana,” she said.

After serving in the war as a liaison officer between Gen. George Patton’s Third Army and the French Underground, LeBlanc was transferred in 1945 to the China-Burma Theater. He served as a special operations officer with the OSS detachment in China.

Abbeville has a National Guard unit, thanks to the general.

“When I got back to Louisiana, Gen. Tom Bonner asked me to form a National Guard Unit here,” LeBlanc said.

He recruited 19 men and received official federal recognition for the company H 156th Infantry Regiment in February 1947, before he was promoted to lieutenant colonel in 1956. He was then nominated for general in 1967 at the age of 46.

Abbeville, where the retired general lives, has deep ties with those who served in WWII. In 2009, construction was completed on the Louisiana Military Museum at the Chris Crusta Memorial Airport. Starting Thursday, the museum will host its first Veteran Heritage Festival, a three-day event to honor veterans’ memories. It hopes to hold the event annually.

“We celebrate Louisiana's military history with the Louisiana Military Museum as we unveil our brand-new exhibits and feature hands-on living history demonstrations that honor our veterans,” organizers said on the festival's website.

The festival is open to the public and free to attend.

"I don't take for granted my freedom, thanks to what my dad did," Denise LeBlanc said, adding that it took time for her to understand the real meaning of her father's service.

"I learned what giving, protecting and being disciplined mean," she said. "This is what Veterans Day means to me."

Watch: 88-year-old skydives with his son, grandson on Veterans Day. All three are vets.

Frederick Lake Sr. had parachuted from an airplane 32 times over the course of his career in the U.S. Army.