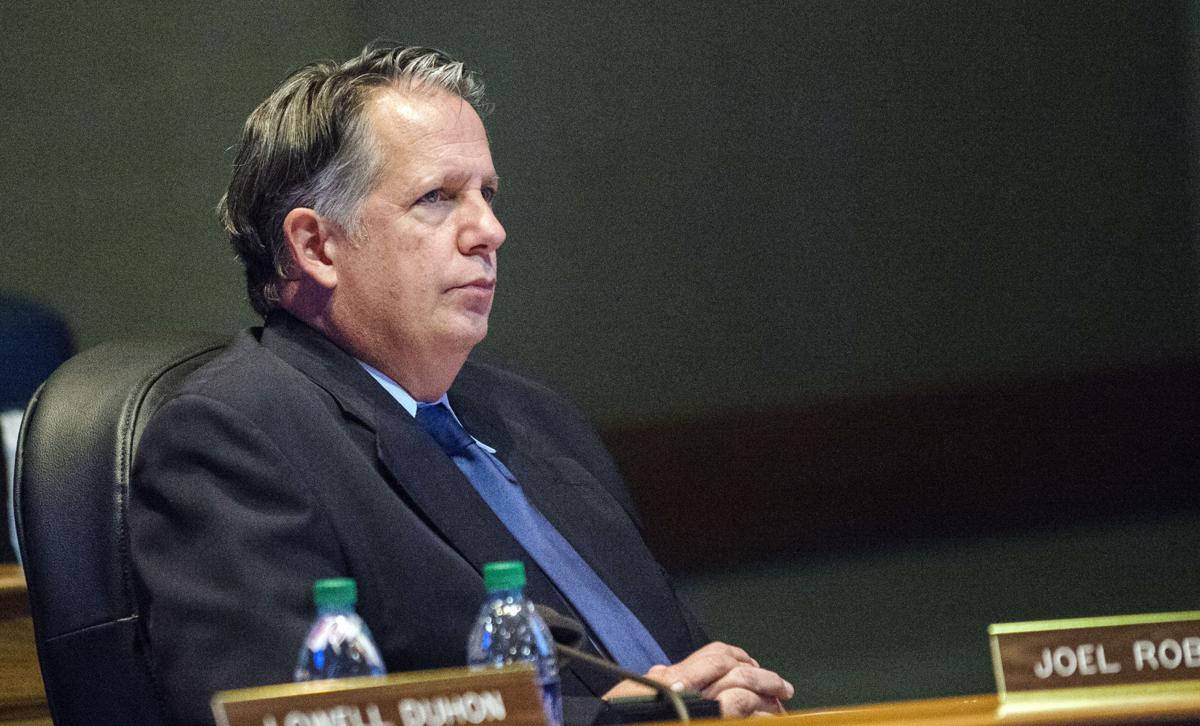 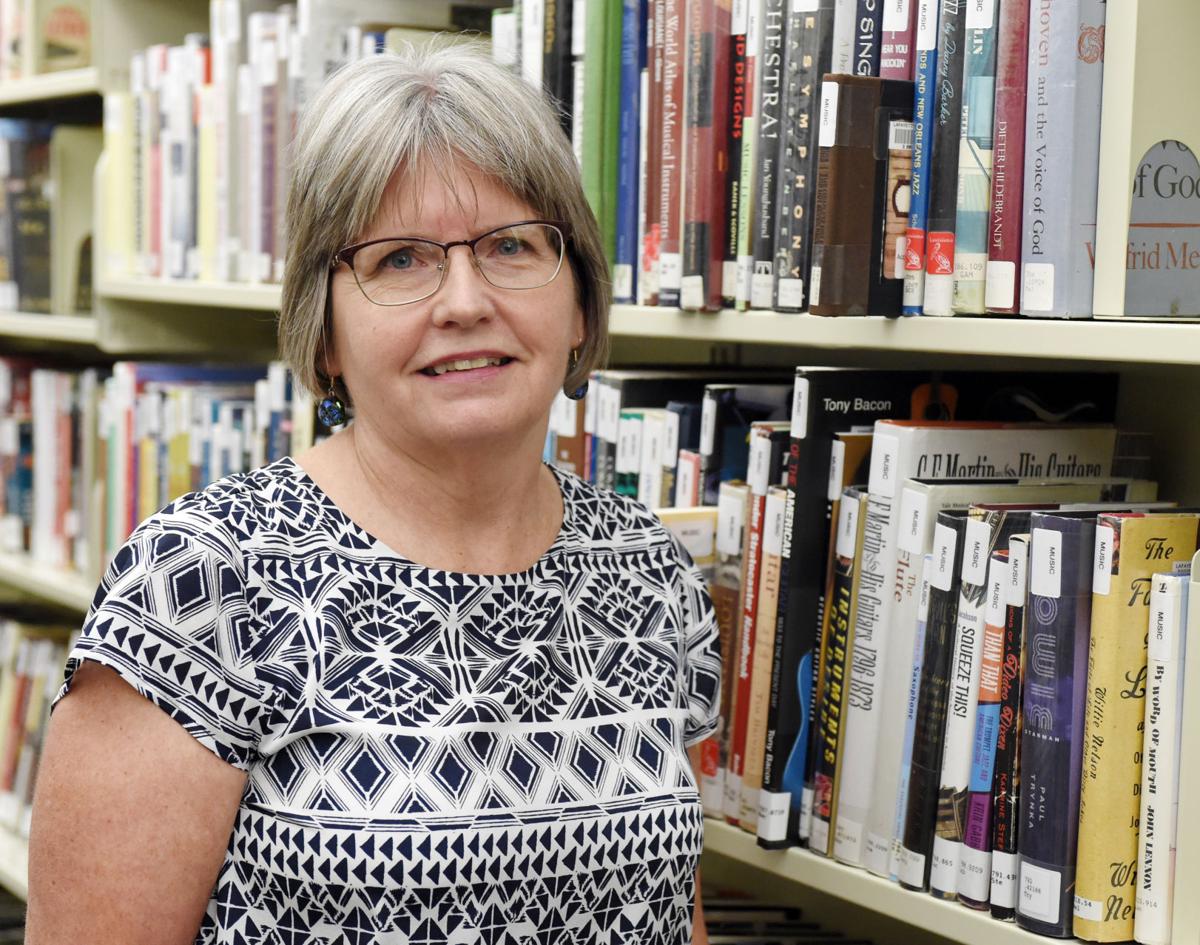 Teresa Elberson, the new director of Lafayette Public Libraries, is pictured on Aug. 11, 2016, at the downtown main library branch in Lafayette, La. 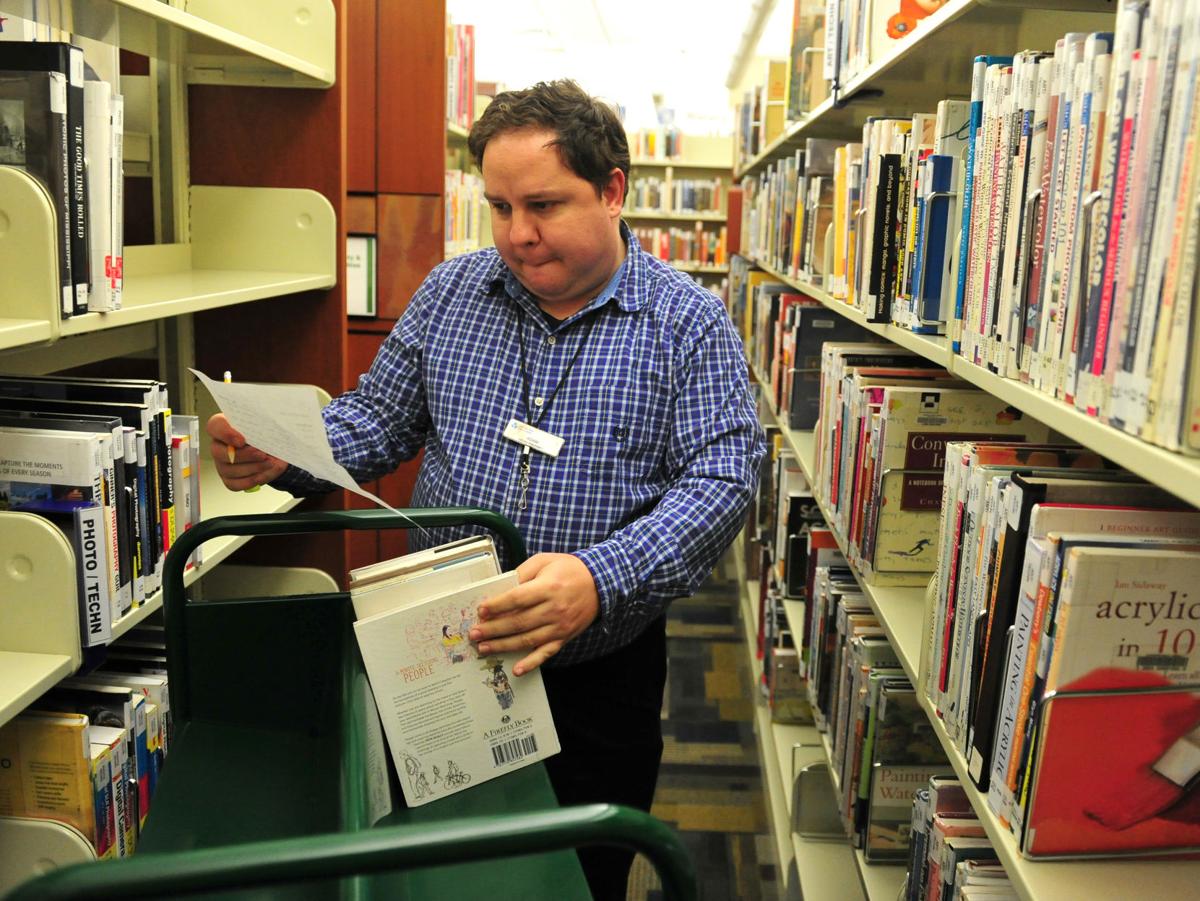 Adam Miller, library associate 1, pulls books which have been placed on hold from the shelves of the Downtown Lafayette Public Library on Tuesday, Jan. 22, 2019. 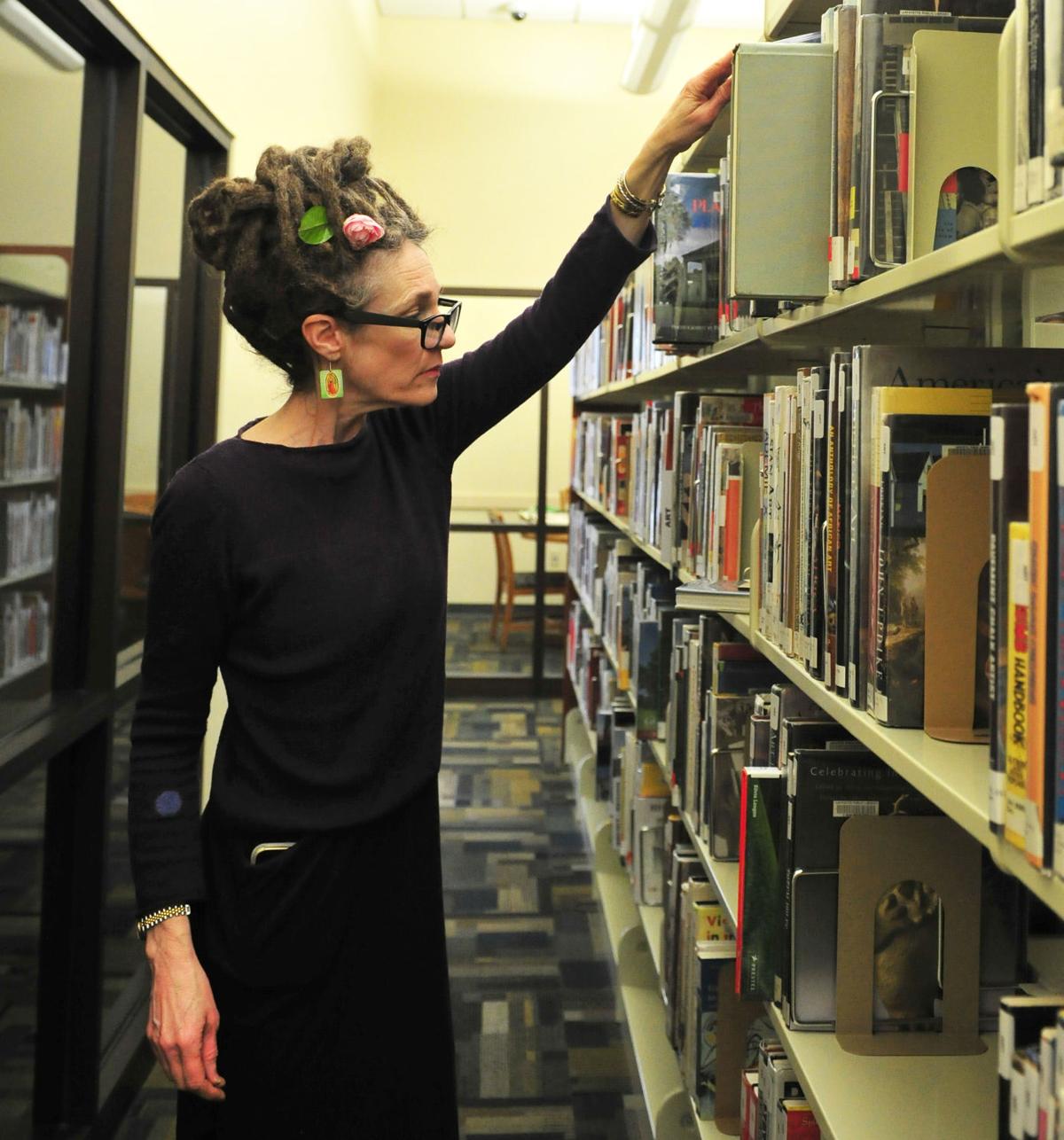 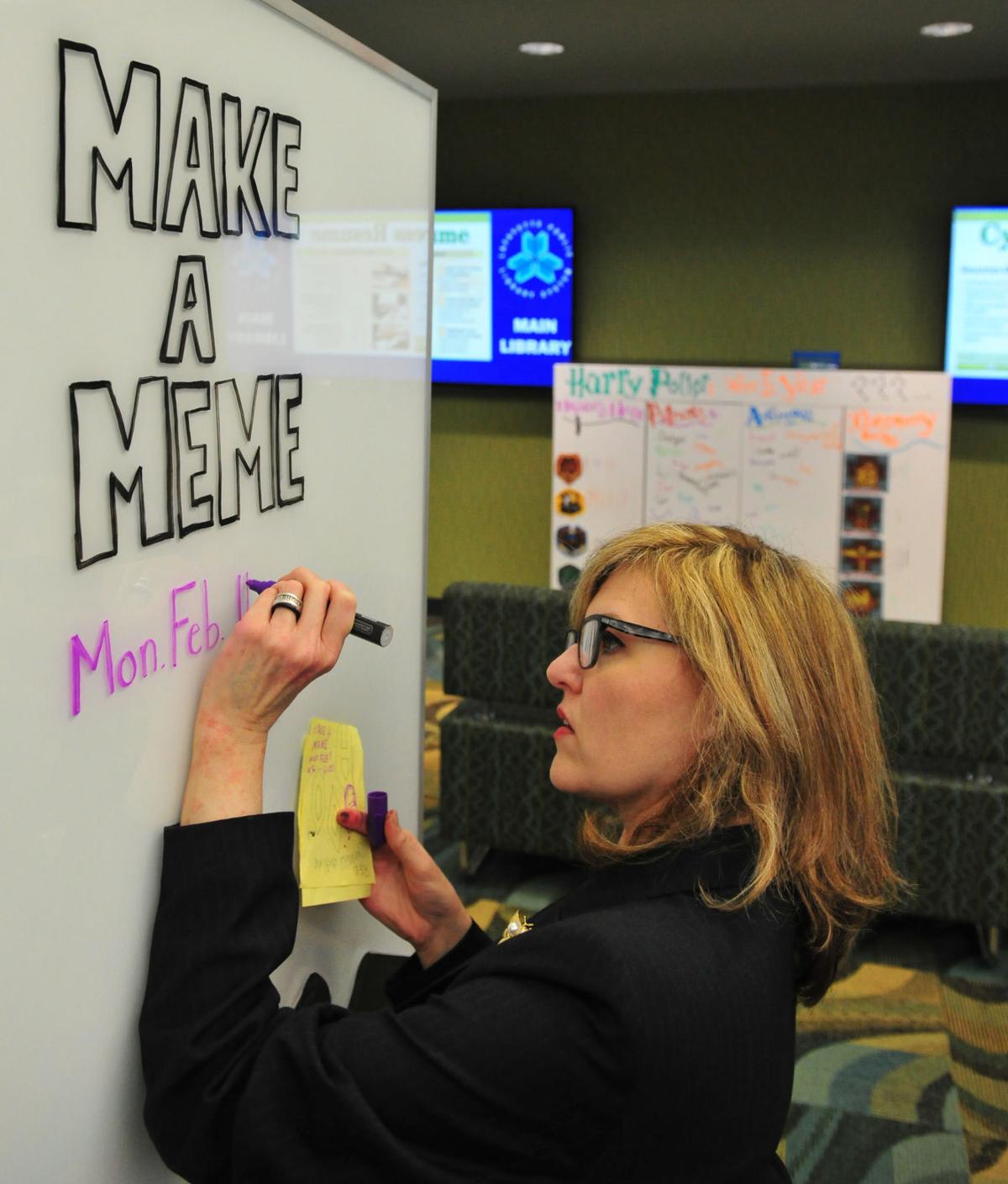 Arlene Reese, library associate, draws the dates of upcoming events on a white board at the Downtown Lafayette Public Library on Tuesday, Jan. 22, 2019. 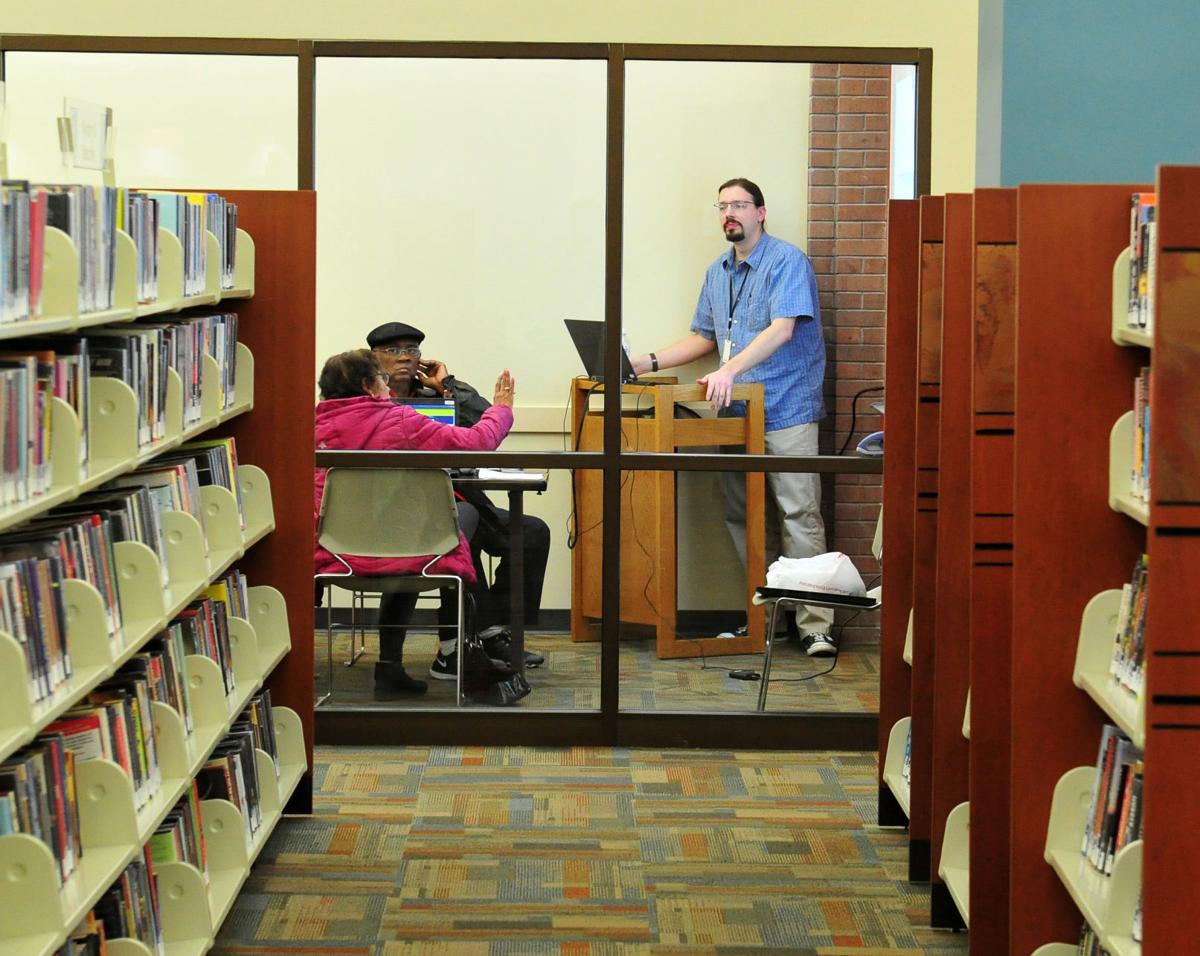 Teresa Elberson, the new director of Lafayette Public Libraries, is pictured on Aug. 11, 2016, at the downtown main library branch in Lafayette, La.

Adam Miller, library associate 1, pulls books which have been placed on hold from the shelves of the Downtown Lafayette Public Library on Tuesday, Jan. 22, 2019.

Arlene Reese, library associate, draws the dates of upcoming events on a white board at the Downtown Lafayette Public Library on Tuesday, Jan. 22, 2019.

Lafayette Mayor-President Joel Robideaux on Wednesday continued his criticism of the public library system for what he says was an intentionally deceptive ballot measure in 2002 that allowed the library to accrue cash reserves.

The Lafayette Parish ballot on Nov. 5, 2002, presented voters with two consecutive library-related propositions: one to authorize as much as $40 million in bonds for new libraries; another for a new 10-year property tax to finance construction, maintenance and operation. Both succeeded.

Robideaux says the voters’ assumption was likely that the new tax would service the bond issue. But the first measure stipulated that the bonds would be “general obligations of the Parish.”

Robideaux, citing city-parish attorney input, said that language triggered a constitutional requirement that the bonds be paid with a nonrenewable, general-obligation property tax that automatically adjusts up with new bond issues and down as the debts are paid off. General obligation bonds can be approved for a variety of purposes.

The library borrowed $21.9 million with two bond issues, or a little more than half the amount voters authorized. About $8.5 million of the library debt has been paid, but, Robideaux said, all of it with a 2.75-mill general obligation millage, and none of it with the library millage passed in 2002.

In other words, Robideaux is claiming that Lafayette Parish taxpayers having been paying twice for the same purpose, allowing the 2002 millage to accrue unencumbered.

“I think whoever structured the language did it intentionally to fool the voters,” Robideaux said in an interview. “It’s these exact type of things why taxpayers don’t trust government.”

Making matters more confusing to voters, Robideaux said, is that the general-obligation millage shows up on property tax bills as a tax for roads, highways and bridges. Robideaux said the administration “is looking into” the reason for that.

Robideaux first noted the 2002 ballot issue in a City-Parish Council meeting on Tuesday night, prompting council members to defer a vote on rededicating the library’s unassigned fund balance of about $26 million. The measure is now scheduled for consideration on April 9.

The library director, Teresa Elberson, flatly disputed Robideaux’s argument while speaking to reporters after the meeting. She said the library construction millage exists strictly to service debt repayment from the 2002 issue.

“That’s all it does,” Elberson said. “That's how bond issues work.”

Elberson noted in an email Wednesday evening that the City-Parish Council approves the library's budget, and the public works department controls the library's construction projects. The general-obligation millage proceeds "don't come to the library and we have no control over those funds," Elberson wrote.

Robideaux’s statements in the meeting were intended to bolster argument for moving $18 million of the library’s $26 million unassigned fund balance to roads and drainage projects, a move that voters have final say over. The majority of council members previously expressed support for the idea, if not the dollar amount.

But council members on Tuesday said they needed more time to understand the library’s finances after Robideaux’s statements.

The University of Louisiana at Lafayette will start offering an online bachelor’s degree in business administration in management this fall, u…

BESE approves $700K to improve early childhood education; here's how that money could be used