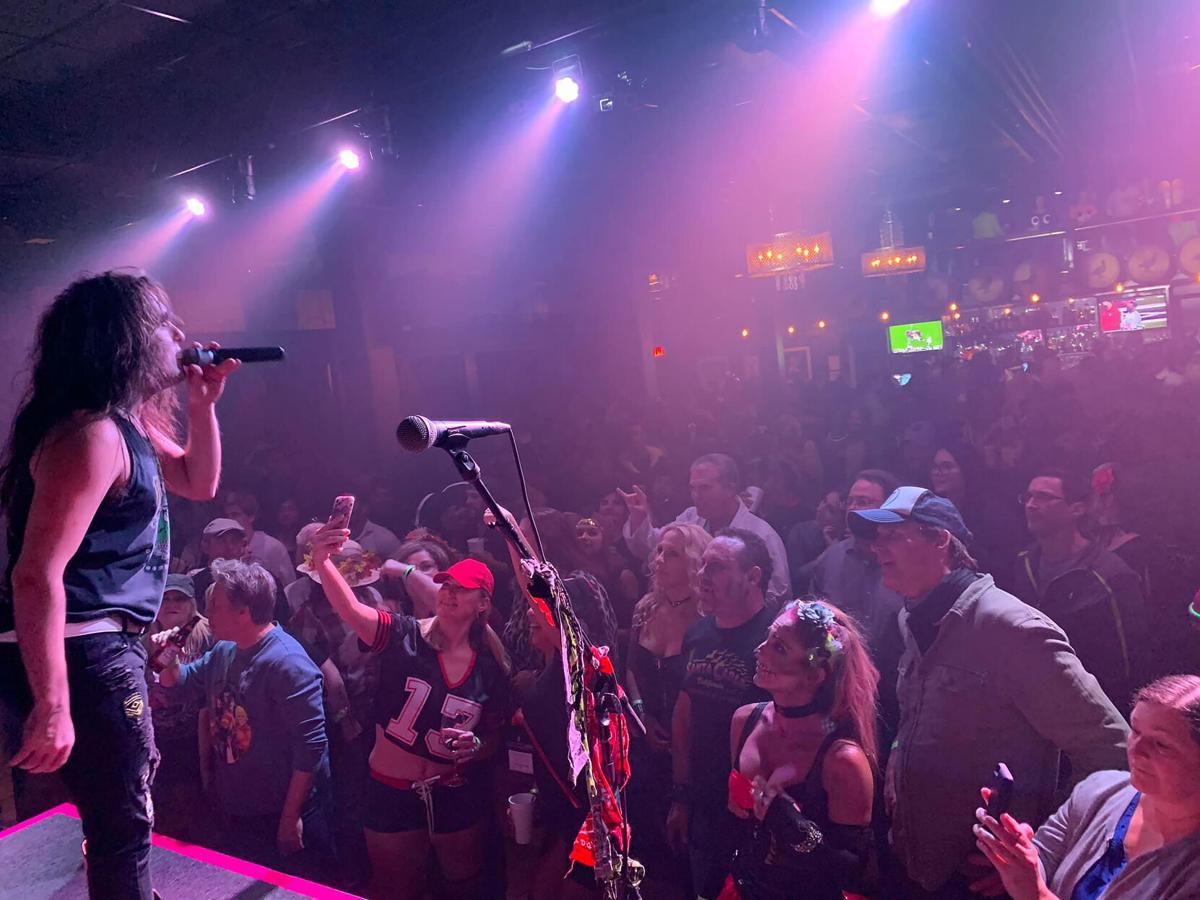 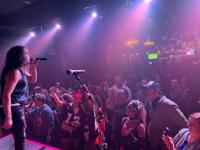 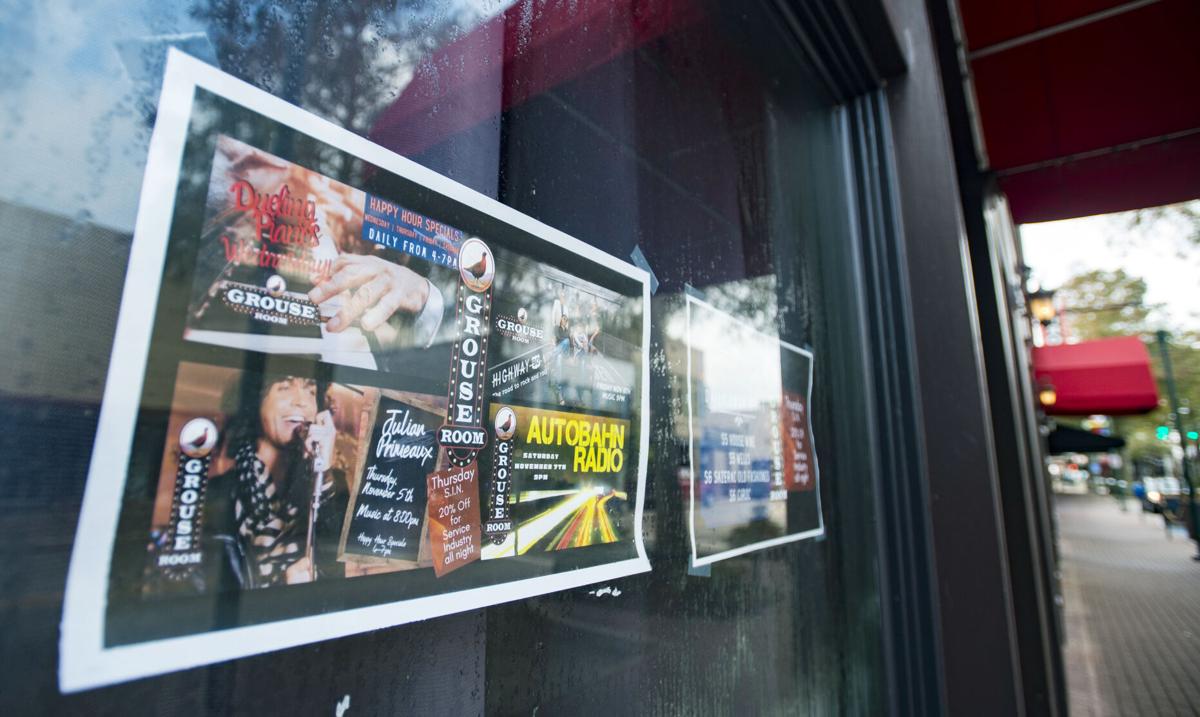 A poster advertising upcoming concerts at The Grouse Room is posted on the front bar's front window Wednesday, November 11, 2020, in Lafayette, La.

A poster advertising upcoming concerts at The Grouse Room is posted on the front bar's front window Wednesday, November 11, 2020, in Lafayette, La.

It is unclear why the administration shifted to a hands-off approach, or exactly when the decision was made. Administration officials have refused to acknowledge any change, much less explain the reason for it.

Some bars and nightclubs are now openly flouting the governor’s orders, including social distancing and face mask requirements and a prohibition on indoor live music. New coronavirus infections, meanwhile, are again rising in the Lafayette area at a rate comparable to June, when steady increases quickly gave way to an exponential surge that overwhelmed hospitals.

Contact tracing thus far pins the increase on private social gatherings, as opposed to bars, but public health officials are sounding alarms over lax attitudes at nightspots and in the community at large.

Coussan complained that the citation may have infringed on the Grouse Room owner’s due process rights, since the owner was required to meet with Lafayette Fire chief before reopening. Guillory offered a solution that seemed to satisfy everyone in the conversation.

“I will instruct the Fire Chief to not enforce until Lafayette is ordered to do so by the state,” Guillory said in the text exchange, which has circulated on social media.

The other lawmaker on the thread, Senate President Page Cortez, R-Lafayette, verified the authenticity of the texts in an interview, as did Browning’s spokesperson. Coussan did not respond to a query.

As elected state lawmakers, Cortez said it was his and Coussan’s duty to notify Browning that Lafayette’s manner of enforcing the governor’s orders may have violated the rights of a constituent.

“Government can get in real trouble just shutting people down and telling them they don’t have recourse other than going to the fire chief,” Cortez said. “What if the fire chief wouldn’t have met with them? Do you have to be closed until such time the fire chief chose to meet with you?”

While Guillory’s text message does not formally represent a protocol change, his spokesman, Jamie Angelle, has repeatedly told reporters in recent weeks that the city-parish’s enforcement strategy is to pass along complaints to the State Fire Marshal’s Office.

Asked in a Tuesday media briefing if this is a new approach, Angelle reiterated that complaints are being forward to state authorities. He declined to answer when asked why the city-parish is not conducting its own enforcement.

“I’m not going to speak to that. I don’t have that specific information,” Angelle said.

Angelle and Guillory did not respond to an email query concerning the reason for the new approach.

Lafayette was among those partnering in the joint efforts, but Guillory “clarified that the Lafayette Fire Department would be scaling back its participation” following the text exchange, Rodrigue said in an email.

Lafayette Fire Department spokesman Alton Trahan confirmed the department had stopped proactive local enforcement efforts, and that it had been “at least a month since all that happened.”

Trahan referred questions about the reason for the change to the fire chief, Robert Benoit.

Benoit reacted angrily when asked about the reason, insisting the question is unnecessary.

“You need to go to the people who wrote the texts,” Benoit said. “That’s the only orders I have, is what you saw in the text message.”

Coronavirus metrics in Lafayette and the Acadiana region show increased spread in November, following a two-month plateau at a relatively moderate level. There were 86 COVID-19 hospitalizations in the seven-parish region Wednesday, marking a 30% increase from seven days prior. Hospitalizations had generally remained in the 50s since early September.

The rate of case increases and hospitalizations in the first half of November have nearly mirrored what happened in late June, as Lafayette and southwest Louisiana became one of the worst virus hot spots in the country.

The state’s regional health administrator, Tina Stefanski, told reporters Tuesday that another devastating surge is in the making if nothing changes.

“I’ve seen pictures over the last couple of days of these crowded bars. We are going backwards. That is definitely a very predictable pattern. We saw what happened this summer,” Stefanski said.

Also reminiscent of June is Guillory’s attitude toward bars and indoor live music. At that time, Guillory stopped enforcing the indoor live music ban after Attorney General Jeff Landry — in an informal opinion that Guillory requested — called the ban unconstitutional. Many venues voluntarily canceled concerts after Browning said he would crack down on flagrantly noncompliant businesses.

“There were some misunderstandings their officers had relative to what the rules were. They were taking some actions we weren’t necessarily taking on our end. We had to have conversations about making sure everyone was on the same page,” Rodrigue said.

But some popular venues are now advertising live music with little regard for the governor’s Phase 3 orders, which prohibit indoor live performances with singing and wind instruments. String instruments and percussion are allowed, provided band members are distant from one another.

Face masks are required except when consuming food or beverages. Seating must be arranged to keep customers in different groups six feet apart.

Despite these restrictions and its earlier citations, the Grouse Room hosted a Halloween night bash featuring an indoor performance by glam rock cover band L.A. Roxx. The event included a costume contest with a $1,200 bar tab prize, according to a flier on the Grouse Room’s Facebook page.

A video on the Grouse Room’s Facebook page shows the five-piece band performing with a lead singer and two others contributing backup vocals on the same microphone. The band posted photos showing dozens of unmasked people crowded near the stage, and dozens of other standing and drinking at tables.

The Grouse Room’s owner, Matt Chiasson, did not respond to voicemails on the Grouse Room business line and his cellphone.

David LaPointe, who described himself as L.A. Roxx’s owner and tour manager, said the Halloween gig was initially booked as an outdoor show about two months in advance. A few days before the show, Grouse Room management moved the event indoors, LaPointe said.

“They just said we were able to move it indoors,” LaPointe said. “We are a rock n’ roll band. They just paid us to play.”