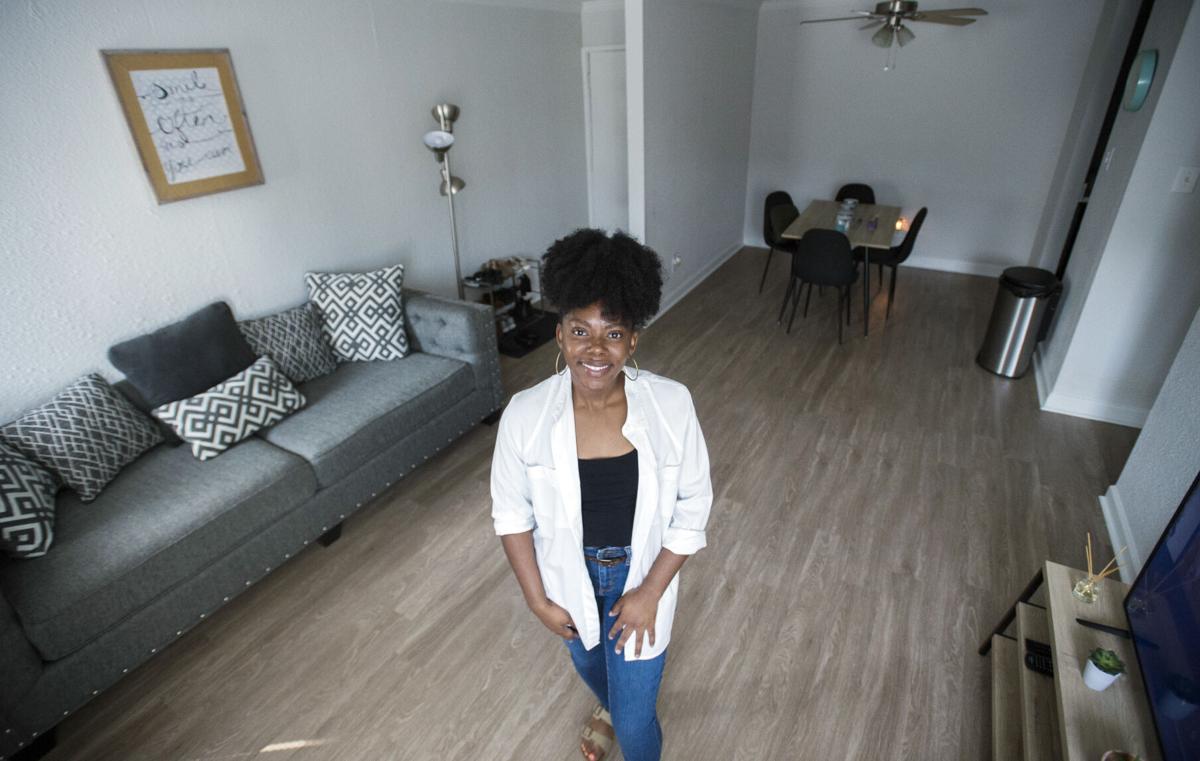 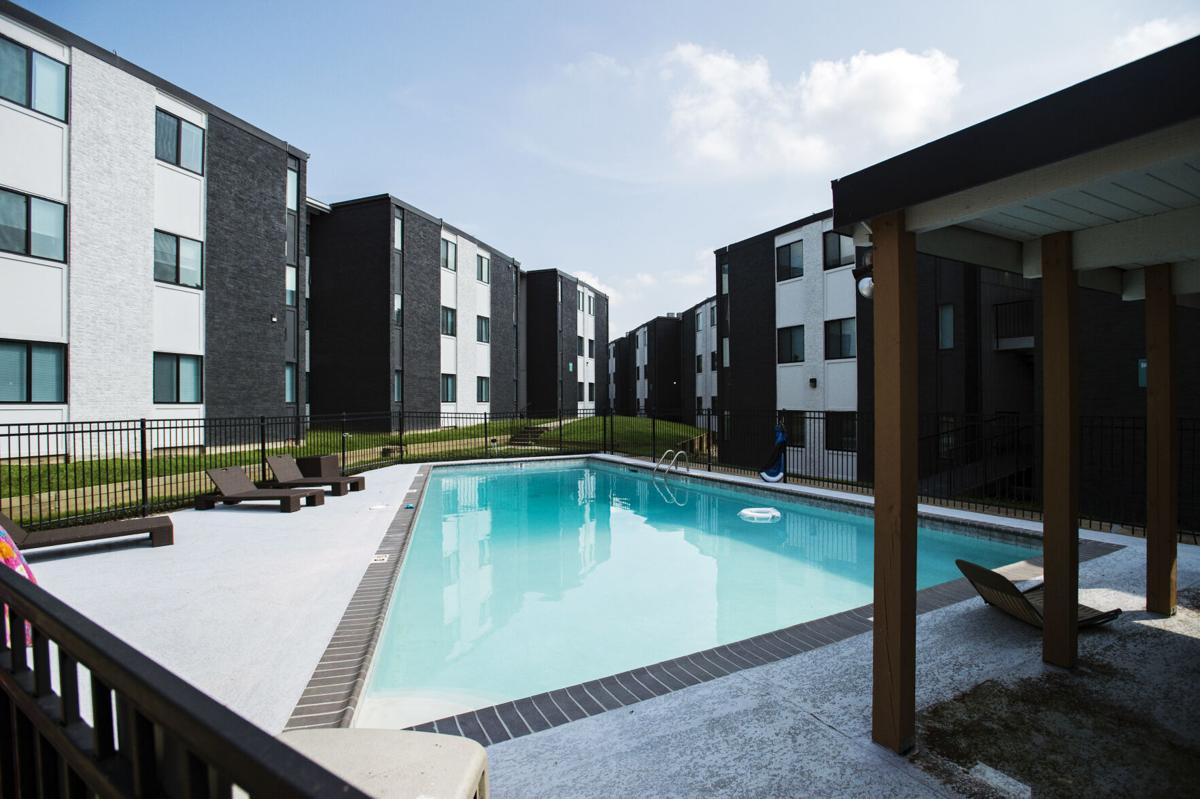 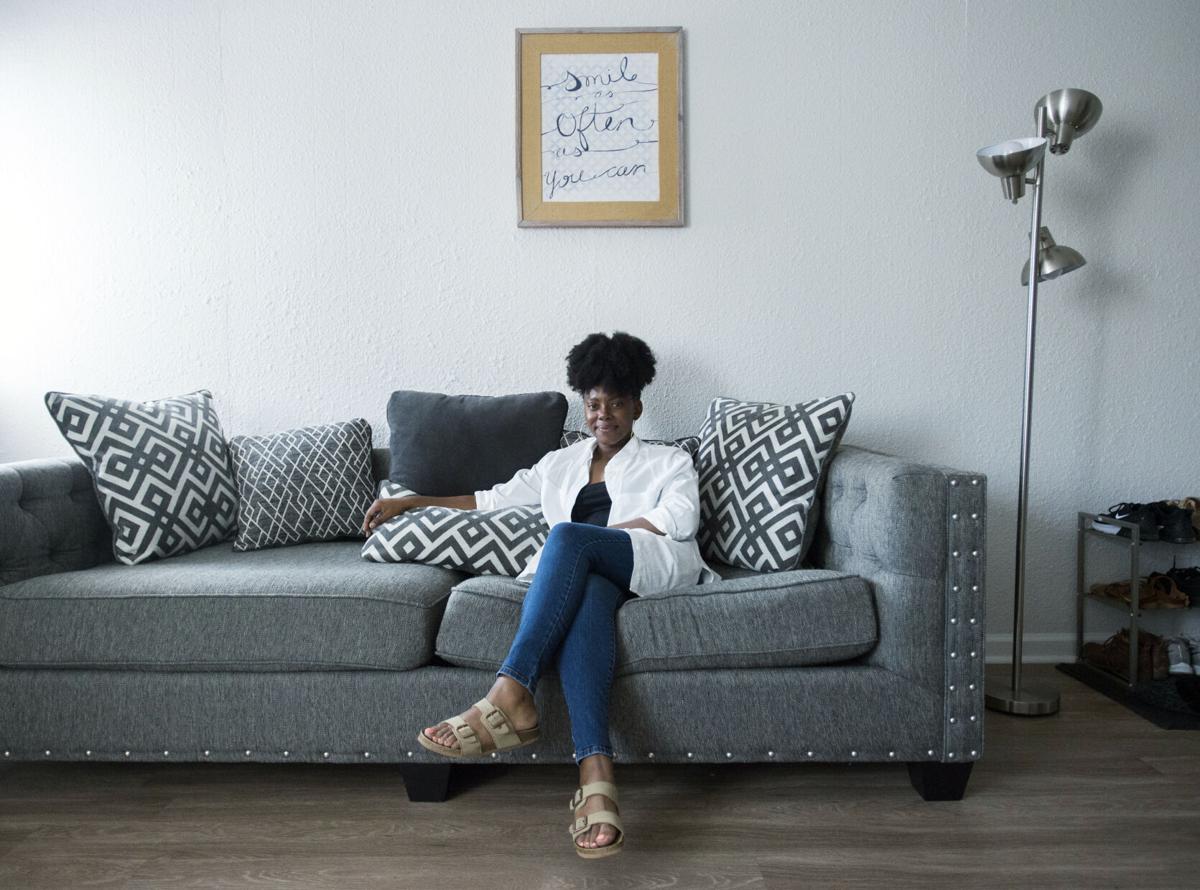 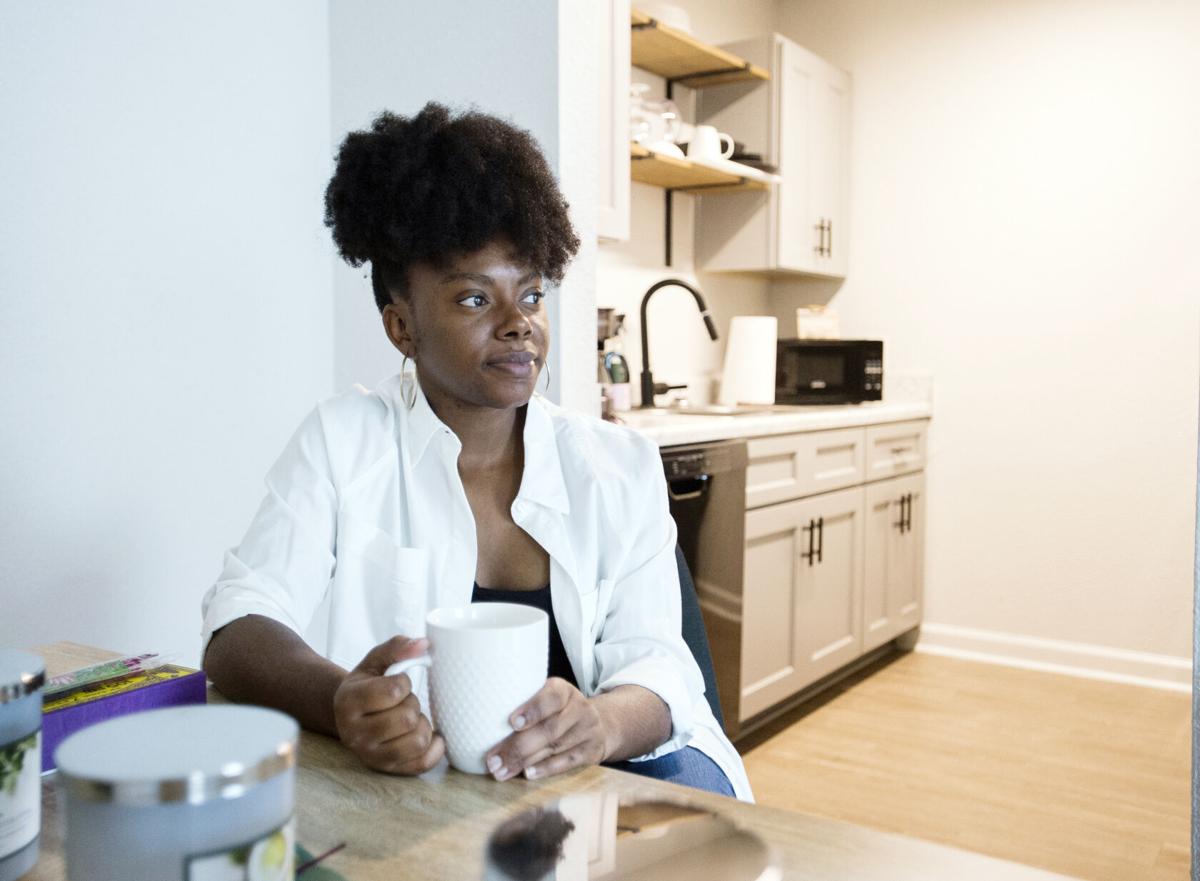 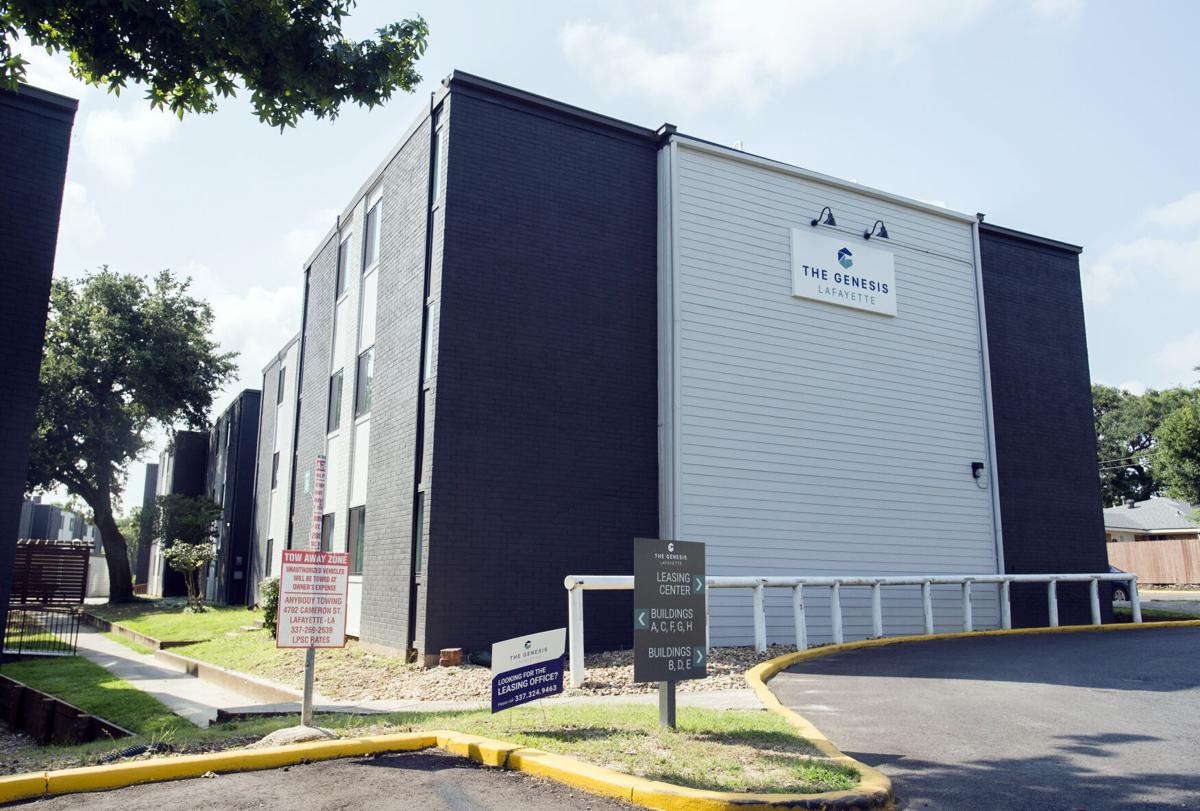 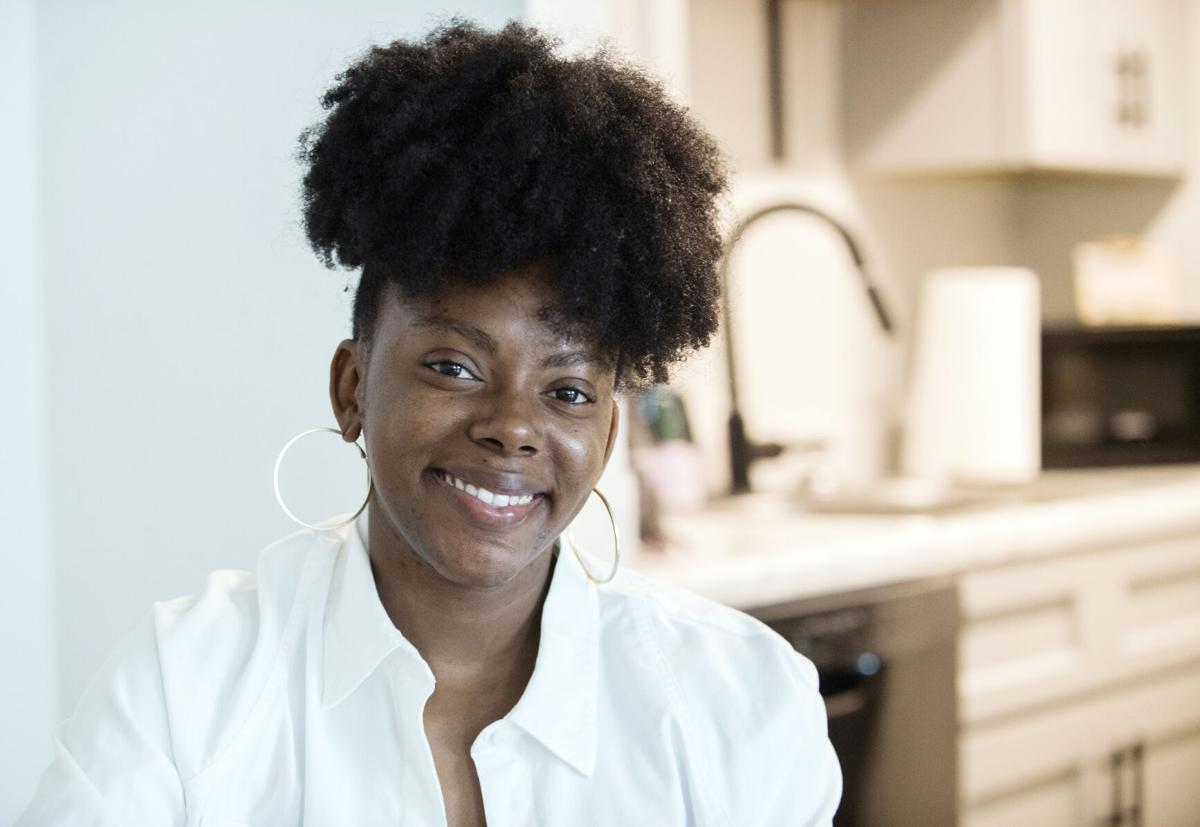 Having moved already about a half dozen times in her seven years in Lafayette, Jalisa Southall was not excited about moving again, but she did start looking.

It was earlier this year when she began visiting other apartment complexes in the area. But a funny thing kept happening each time she found an apartment she liked.

“I would go into the leasing office when I would tour, start my application process and by the time I sat down with it at home, the agent would call and say it was sold,” she said. “It was a first-come, first-serve basis. It was going fast.”

So she returned to her former place, Genesis Lafayette, formerly the University Place Apartments. But when it came time to sign a new lease this summer, she got caught in the other vice grip of Lafayette rental market: her monthly rent was increasing more than $100 for her two-bedroom unit.

Not only are available rental units incredibly hard to find in the Lafayette area right now, but rental prices in the past 12 months have risen 12%, a rate that’s higher than the state and national average, according to one website that tracks rent prices across the country.

Apartment owners who spoke for this story indicated current occupancy rates are higher than ever, leading one landlord to believe it may be easier to find a house to buy right now than one to rent.

A new normal in Acadiana real estate? At least for the near future as more records fall

This is starting to seem like a new normal in the real estate market in Acadiana: rising property values, monthly sales total setting records …

It’s been like that since the hurricanes that hit Lake Charles last year sent scores of people to the area, said Amy Green, property manager with Keaty Real Estate Property Management. Throw in the current moratorium on evictions and the fact that more people are moving to Lafayette, and the demand — much like the home buying market and its flood of buyers thanks to historically low interest rates — is outpacing the supply.

“We have taken calls from people who have relocated from all over the country,” Green said. “People are moving to Lafayette for jobs, and it’s just supply and demand. The owners know the supply is somewhat limited and the demand is still high. They’re asking for $50 or $100 more. Tenants aren’t blinking an eye at it because they just need a place to stay.”

Southall, however, opted not to complain about her hike in rent. She will still pay less than $900 a month to live at Genesis, the large complex next to the University of Louisiana at Lafayette that got a facelift after it was bought by Alpha Capital Partners of Pittsburgh two years ago.

“I can’t complain,” she said. “The amenities are nice. It’s very quiet, I will say that. When I lived here before when I was in college, it was pretty loud. It’s quieted down a lot.”

With the number of available properties in their database dwindling, Green and the staff were curious: How long would it take someone to inquire about a property once it’s posted?

So they timed it. Three minutes, thanks to the people who set up alerts on their smartphones. Earlier this month the number of properties listed by Keaty Real Estate Property Management was down to 37. It’s normally around 90, she said.

“Those three-bedroom (and) two-bedroom homes are the highest-demand properties,” Green said. “There’s just not enough of them. On the flip side, there are rental properties available. It might not be the ideal rental for that person. I’m getting calls just about every day or at least every week from homeowners who want to put their properties up for rent. Most of them are rented 3-5 days after being up on the market.”

The number of vacancies has plunged since the weeks after the hurricanes that hit the Lake Charles area last year, which sent scores of residents to the Lafayette area, said Jeanie Hijazin, property manager for Cagan Management Group and secretary for the Acadiana Apartment Association.

The federal moratorium on evictions, which was set to expire Saturday, could open some properties, but Hijazin and others interviewed for this story say the number of tenants who would face eviction for nonpayment would be minimal. Landlords, she noted, are making every effort to work with tenants, and even for those facing eviction when the moratorium is lifted, the process will take weeks to remove someone.

For the man behind Lafayette's downtown tower projects, juggling high-rises is no risk, all reward

Occupancy at four Cagan properties in Lafayette is now is at 97%, she said.

“I’ve been full for about 11 months,” Hijazin said. “I turn people away all the time. As soon as people move out, I have someone ready to move in. I only have to make a phone call. I have so many calls a day it’s crazy. (The moratorium) is hurting us because we could have people in here who would actually pay the rent, but we can’t rent to them. I don’t have that many, and I’m thankful for that, but it happens.”

Another company that owns multiple apartment complexes in Lafayette reported occupancy between 95 and 100% right now after being in the mid-80s two years ago. At the 192-unit Brook Pointe Apartments, the affordable housing development that opened last year on North Pierce Street, occupancy is in the high 90s, said Josh Haston with LDG Development.

Another reason for the high occupancy is the pandemic kept people home and stimulus bills put more money in people’s pockets, said Steven Hebert with Billeaud Companies, a minor partner in the 200-unit Broussard Villa apartments.

“The hottest I’ve ever seen it, even compared to post-Katrina,” Hebert said of the rental market. “The available market is in extremely short supply. There was a lot of money in the market and not a lot of places to spend it. People’s savings went up, and they spent it on housing. They’ve improved their condition. If they were living with mom, they’re now living alone or bought a house.”

The rent is going up

When Alpha Capital Partners bought the University Place Apartments in 2019 for $12.5 million, it set out to upgrade the aging property adjacent to the University of Louisiana at Lafayette campus. Among the improvements were a dog park, an upgrade to the pool area, adding a fire pit and renovating the club house.

Just as it did in Southall’s case, the company — which charges by the room instead of the unit — raised the rents. The hikes, said marketing director Lola Soyebo Harris, reflect the value of the updates put into the complex.

“We are very competitive with the market and try to be cognizant of that as well,” she said. “We try to understand the market and provide affordable housing.”

Rent prices have gone up 12% over the last 12 months in the Lafayette market, a hike that has outpaced the state and national average, according to data compiled by Apartment List in its midyear report. Rents have inched up in each of the past five months, and median rents are at $1,007 for a one-bedroom unit and $1,223 for a two-bedroom.

Many mid-sized markets similar to Lafayette reported similar increases, the report indicated, with Boise, Idaho leading the way at 39% increase in average rent. Even the larger markets, which had average rent prices drop, are now reporting rent hikes.

Remote work has changed where some people choose to live and is increasing demand, said Chris Salviati, housing economist with Apartment List, along with other factors that is keeping the demand high.

Even with hikes, rent prices in Lafayette are still cheaper than many places, the report indicated. A two-bedroom unit in San Francisco, for instance, would go for more than twice what it would in Lafayette.

“I think a lot of it is the pandemic has really shaken things up a lot as far as the dynamics of where people are living and if they are living with roommates,” Salviati said. “You’ve got a lot of folks who would potentially be home buyers but just aren’t able to find anything or have been priced out of the market. Those folks are staying in the rental market longer, which adds to the tightness. There’s just really a big shuffle that’s happening, and it’s going to be a few more months before things start to cool back down.”

Increased costs could also be partly to blame. One Lafayette landlord lamented over his inability to find a maintenance worker, even offering almost double what the position normally pays. Candidates, he said, would show interest but not show up for an interview.

“Rent has to go up,” Hebert said. “Every expense a landlord is incurring has increased dramatically. Whether you’re hiring a plumber or an A/C guy, every cost has increased across the board. A landlord can only refrain from passing that on for so long.”

The hikes in rent aren’t expected to result in a wave of evictions if the moratorium is lifted, but housing advocates don't know what the out-of-state owners are experiencing, said Leigh Rachal, executive director for the Acadiana Regional Coalition for Homelessness and Housing. But the current market could be shining a light on a lack of enough affordable housing options in the Lafayette area.

Projects are currently under construction, including two developments along Willow Street that will feature over 200 housing units and the 217 units planned for the old Garden Plaza Hotel.

One report from the National Low Income Housing Coalition indicated Louisiana has only 49 units of affordable housing for every 100 low income households in Louisiana, Rachal said.

“We just don’t have the stock,” Rachal said. “Even if they are finding some place, it’s not a place they can truly afford. We as a community need to be looking at how do we invest in more affordable housing properties. We need to be moving toward universal housing opportunities and be thinking of housing much like we do with food and medical care.

"The cost of medical care is much higher if people don’t have stable housing, and education costs are higher. We eat the costs as a community somewhere.”

The Acadiana Regional Coalition on Homelessness and Housing is asking for $6.5 million from Lafayette Consolidated Government to assist with e…