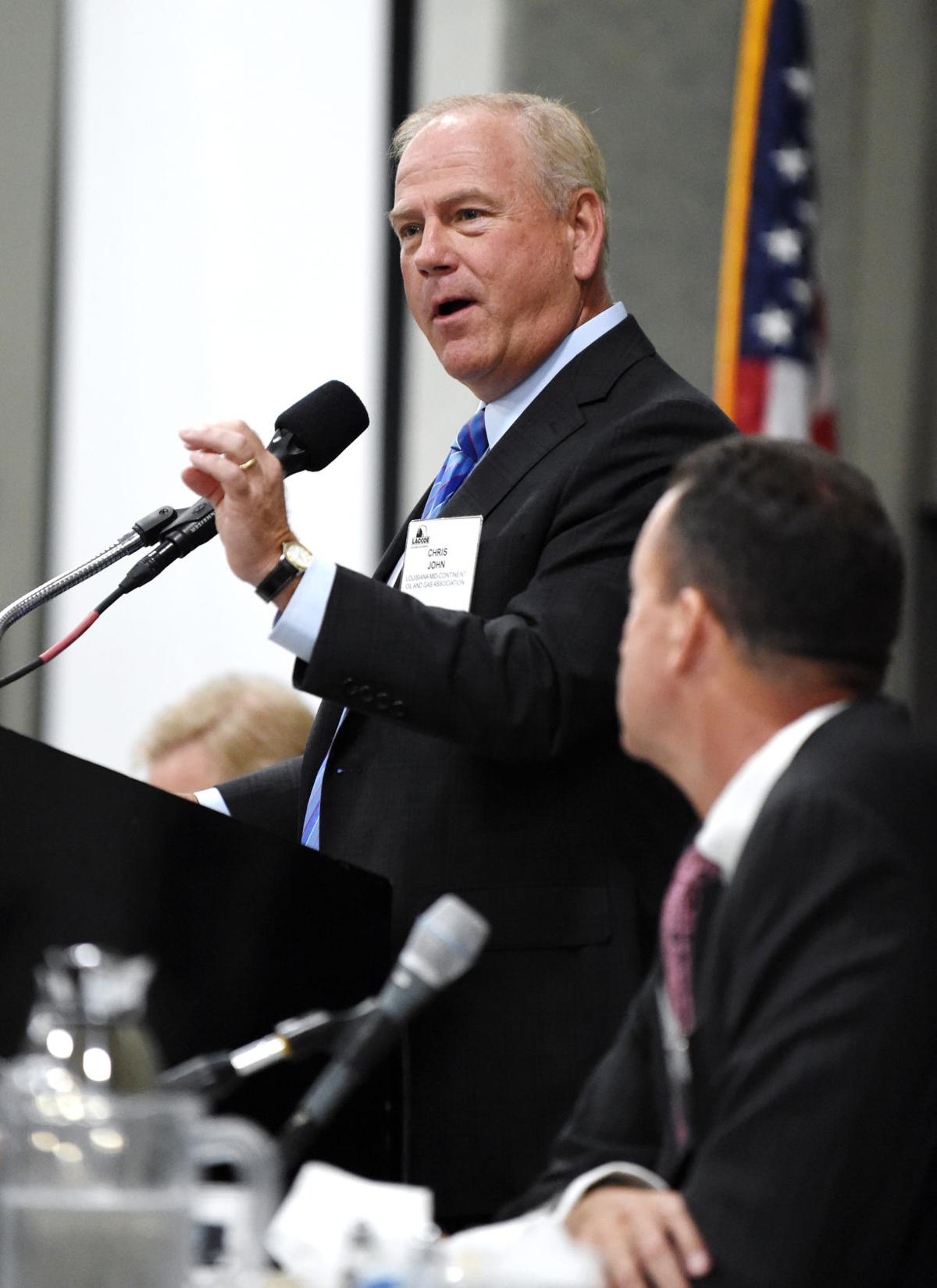 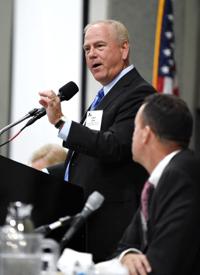 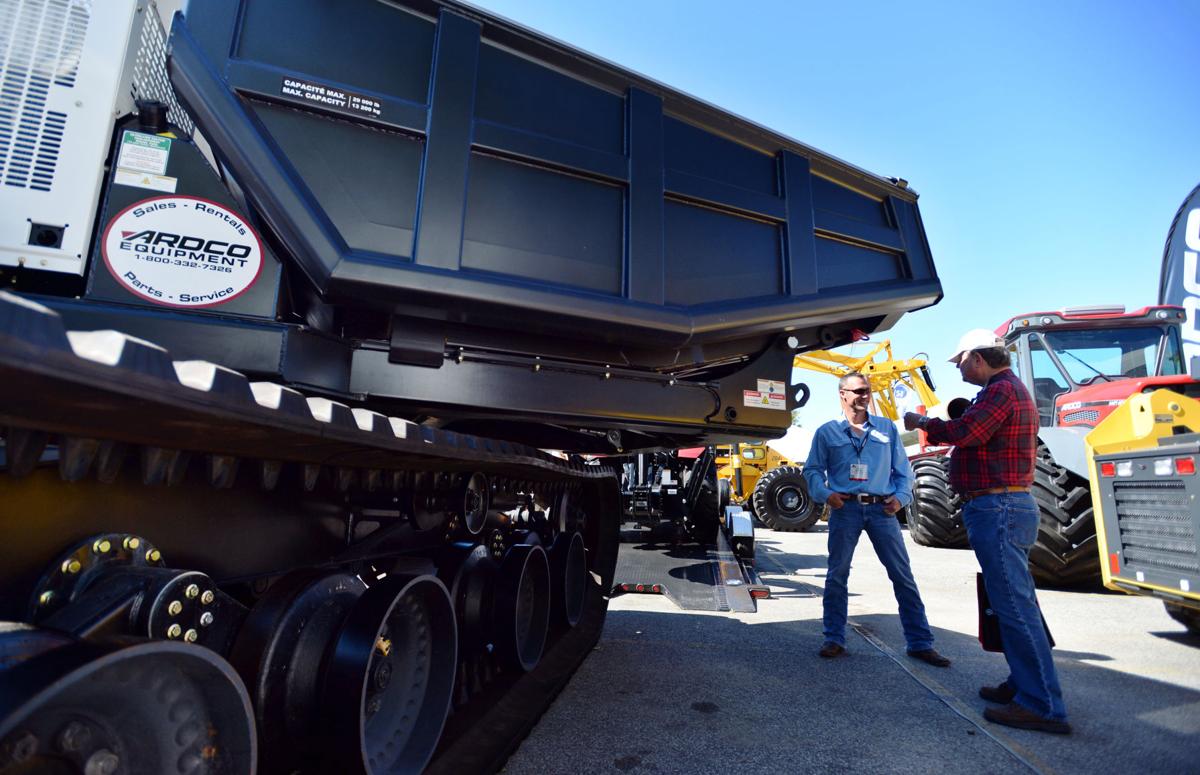 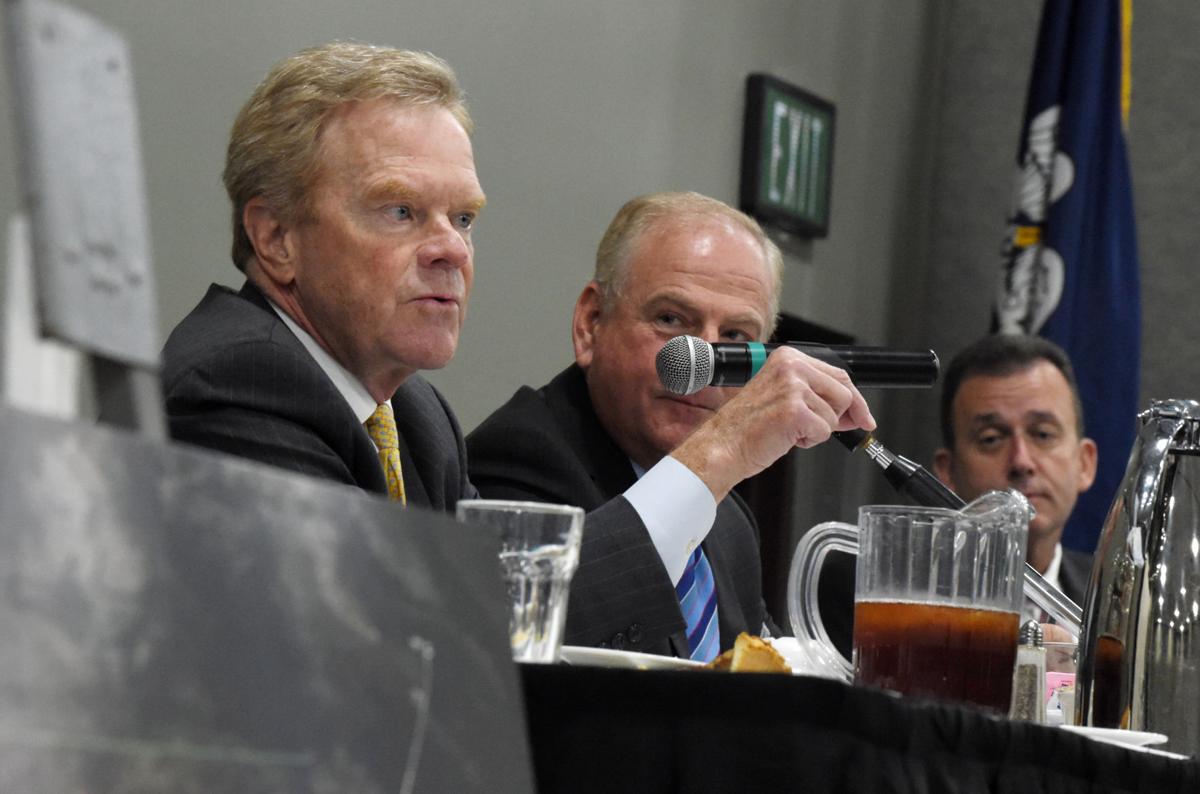 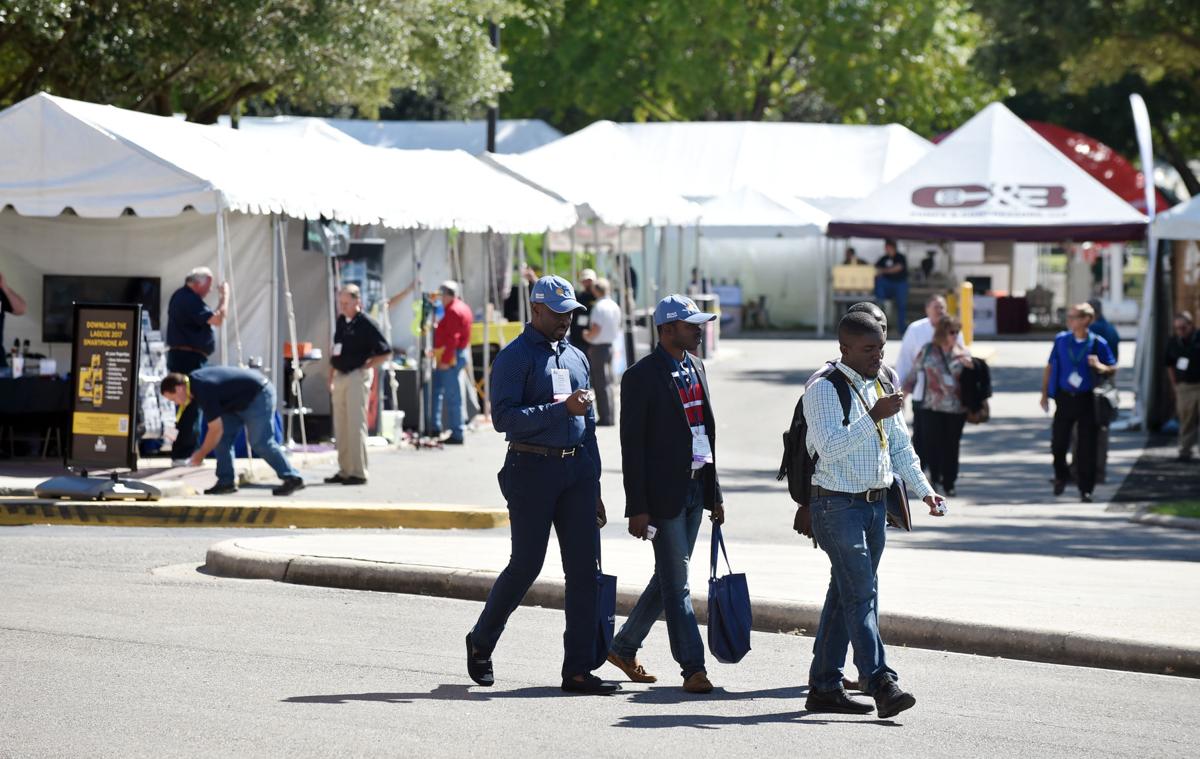 The crowd begins to thin in the outdoor exhibition area on the final day of the Louisiana Gulf Coast Oil Exposition Thursday, October 26, 2017, at the Cajundome in Lafayette, La.

The crowd begins to thin in the outdoor exhibition area on the final day of the Louisiana Gulf Coast Oil Exposition Thursday, October 26, 2017, at the Cajundome in Lafayette, La.

Russia’s ever-increasing domination of the European natural gas market is a complex geopolitical issue, but liquefied natural gas terminal developers see it as an opportunity for Louisiana. A counterintuitive opportunity, perhaps, but one that is helping to fuel unprecedented speculation in the state, said Greg Vesey, chief executive of LNG Limited.

Russian pipes are laid across the European continent, and that supply is geographically convenient, Vesey noted Thursday, and distant Gulf Coast suppliers are unable to easily compete on price. And Russia’s state-owned gas company, Gazprom, increased its market share in Europe from 30 percent to 34 percent last year, according to Bloomberg.

“They need the diversity of supply. They have been shut off at times by Gazprom; they don’t like that. They have been probably overpriced,” Vesey said, referring specifically to Poland. “So what the U.S. Gulf Coast brings to them is something to keep the Gazprom pricing in line.”

Vesey spoke on a panel with another LNG executive, Thomas Hudson, on the final day of the biennial Louisiana Gulf Coast Oil Exposition in Lafayette. Previous keynote speakers in the three-day conference, hailing from the offshore oil industry, struck the tones of battered storm survivors, with discussion focused on stabilizing an industry ravaged by depressed oil prices.

In speech to energy industry in Lafayette, Scott Angelle promises to be industry 'partner' on federal level

Not so with Vesey and Hudson, as well as moderator Chris John, who is president of Louisiana Mid-Continent Oil and Gas Association. Vesey and Hudson are planning multibillion-dollar LNG terminals in Lake Charles and Cameron Parish, respectively, and they aren’t the only ones. Hudson said there are a minimum of 11 proposed LNG terminals in Louisiana, and the Louisiana Energy Export Association says LNG construction projects totaling $88 billion are planned over the next decade.

Vesey’s company is developing a $4.4-billion export terminal south of Lake Charles, backed by a $1.5 billion equity commitment from investment firm Stonepeak Infrastructure Partners. Vesey told the Houston Chronicle last year the terminal should be operational by 2021 or 2022. One holdup, he said Thursday, is reluctance among buyers to ink 20-year contracts that construction lenders want to see.

“That has been very frustrating because it’s been a very soft LNG market for a couple years,” he said. “I do feel we are on the cusp of a change.”

Keys to that change are forecasts that demand will exceed supply by 2022, along with Asian reliance on U.S. production, Vesey said.

“This is their only source of natural gas,” Vesey said of Asian buyers. “They don’t want to be exposed to that shortfall.”

Vesey estimated that buyer portfolios in the near future will mix short- and long-term contracts in equal portions, about 40 percent apiece, with the remainder coming from stock-market purchases.

As for European buyers, Hudson noted they often lack re-gasification facilities and therefore “want the complete package.” That presents new business opportunities, said Hudson, who is working on an $11 billion terminal in Cameron Parish with former Gov. Buddy Roemer and his son, Chas Roemer.

“How do you deliver the molecules, and in what form?” Hudson said. "You have to get really involved in the entire supply chain. That makes it very exciting.”

After waiting several months for the Federal Energy Regulatory Commission to gain a quorum, a handful of Louisiana pipeline projects, includin…