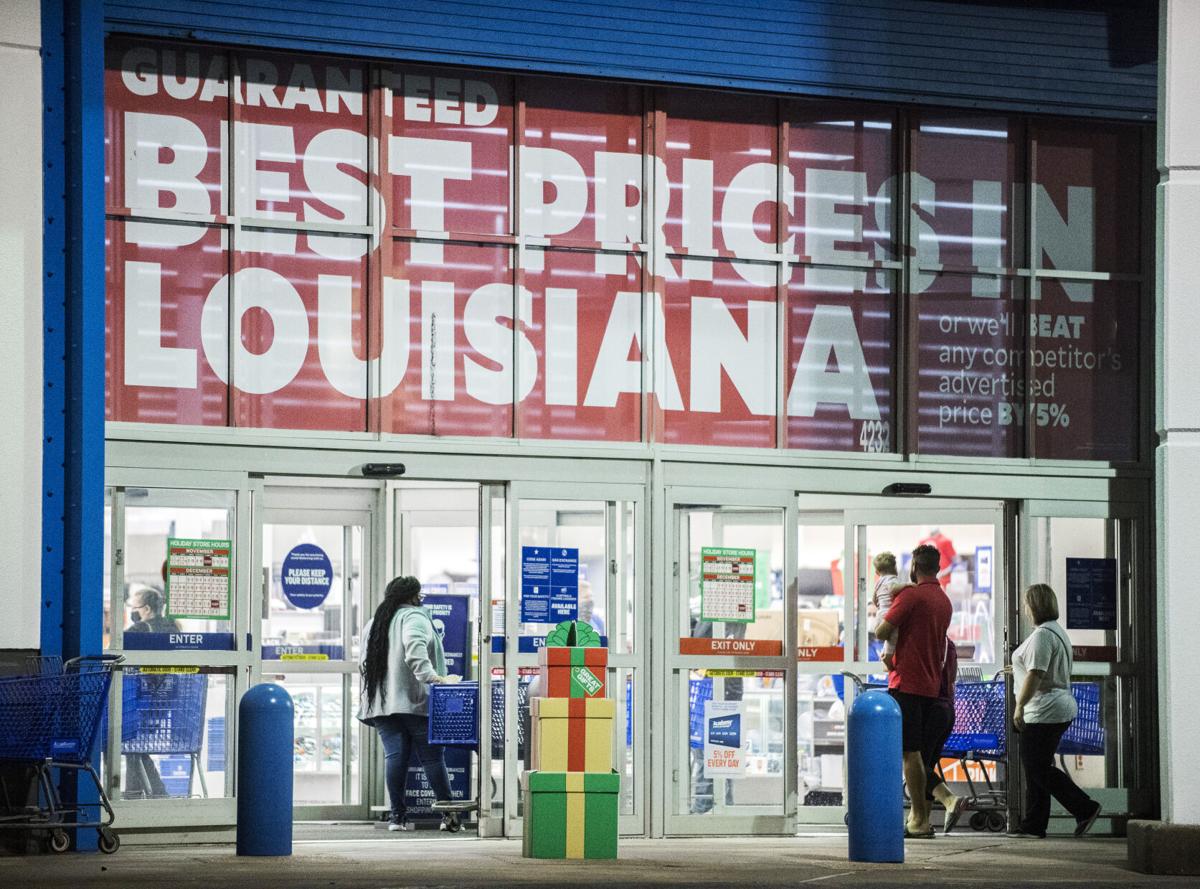 Data from Placer.ai shows that the seven main national retailers had a drop in foot traffic on Black Friday but some rebounded on Saturday and Sunday.

Data from Placer.ai shows that the seven main national retailers had a drop in foot traffic on Black Friday but some rebounded on Saturday and Sunday.

More customers stayed home on Black Friday in Lafayette than last year while Bed Bath & Beyond and Dollar General had large increases in foot traffic for the three-day stretch.

Nearly twice the amount of shoppers went to Bed Bath & Beyond that Saturday as foot traffic picked up slightly at some of the seven large retailers it surveyed in the area, according to data compiled by retail analyst Placer.ai.

Pandemic or not, Acadiana Black Friday shoppers determined to get deals on major discount holiday

Bed Bath & Beyond had a 94% jump in traffic on Saturday, part of a national trend based on the retailer’s sales promotions that weekend. Dollar General was up 15% on Saturday. Others that were up that day were Home Depot (13%), Ulta (11%) and Best Buy (11%).

Walmart had a drop in foot traffic on all three days, data shows.

Other markets in Louisiana had different results: Ulta was a big winner in Baton Rouge with an increase in traffic each day, including 54% on Sunday. Target had a 36% bump in traffic on Saturday.

In New Orleans, foot traffic was down at nearly each of the seven retailers, including a 49% drop at Bed Bath & Beyond on Black Friday and a 39% drop at Best Buy on Sunday. Only Dollar General and Ulta had single-day increases.

Placer.ai is a foot-traffic analytics firm that uses location data from mobile devices.

Acadiana Business Today: Economist: Next two to four months will be difficult; relief measure running out unless more aid comes