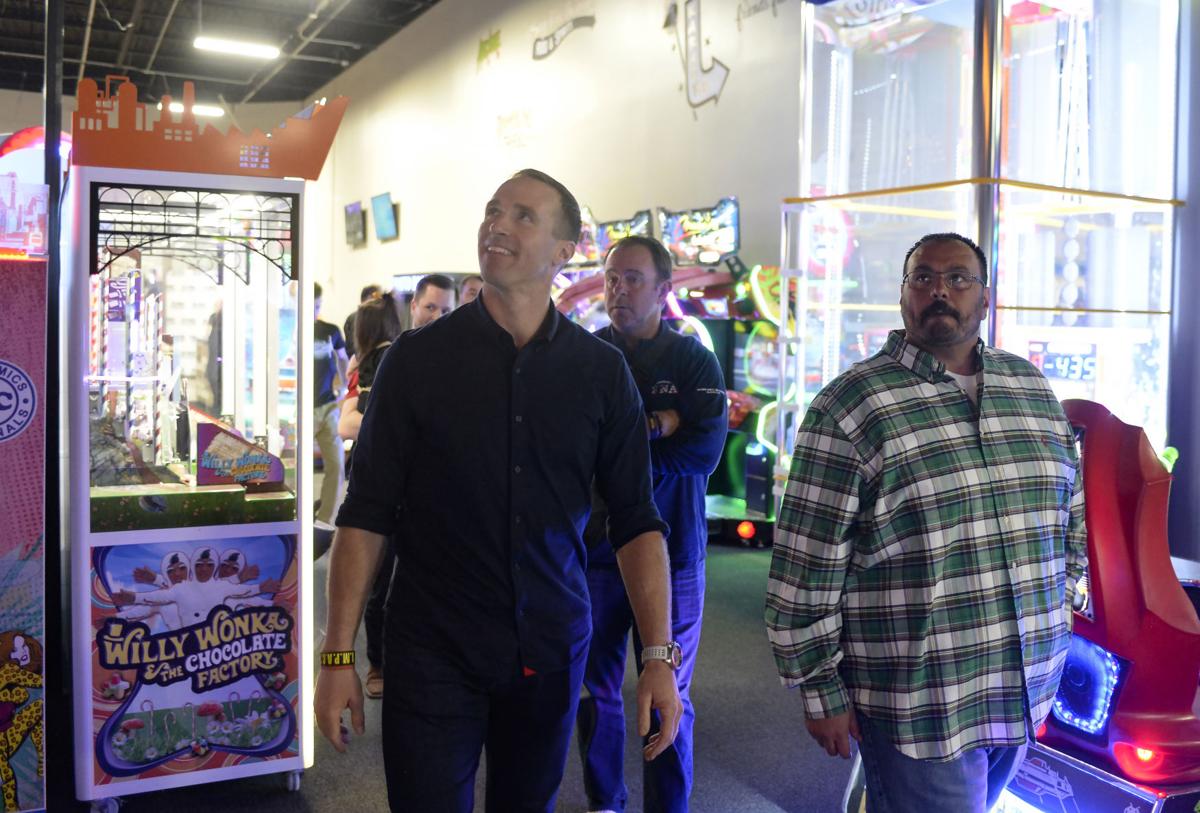 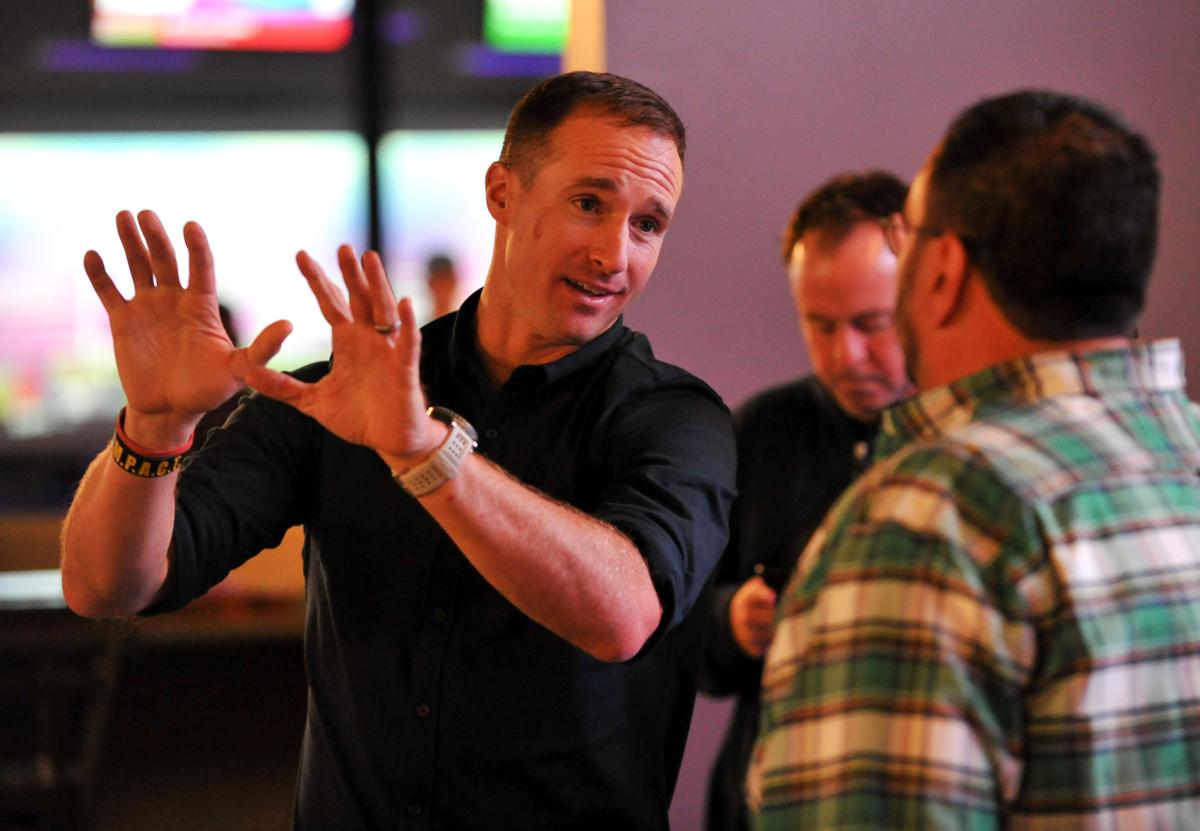 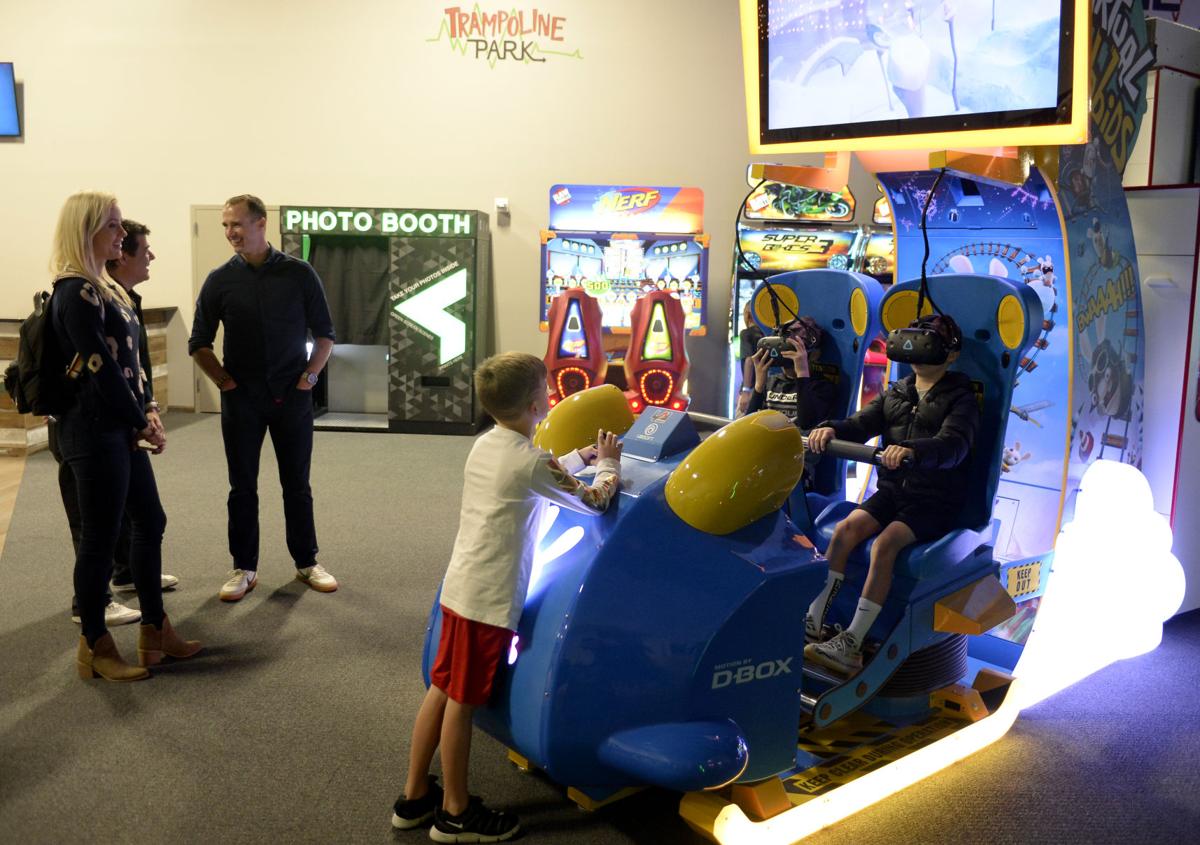 Drew Brees tours Surge Entertainment with his family on Monday, Nov. 18, 2019, in Lafayette, Louisiana. Brees announced the official opening of the multi-sport facility to be Saturday, Nov. 23. 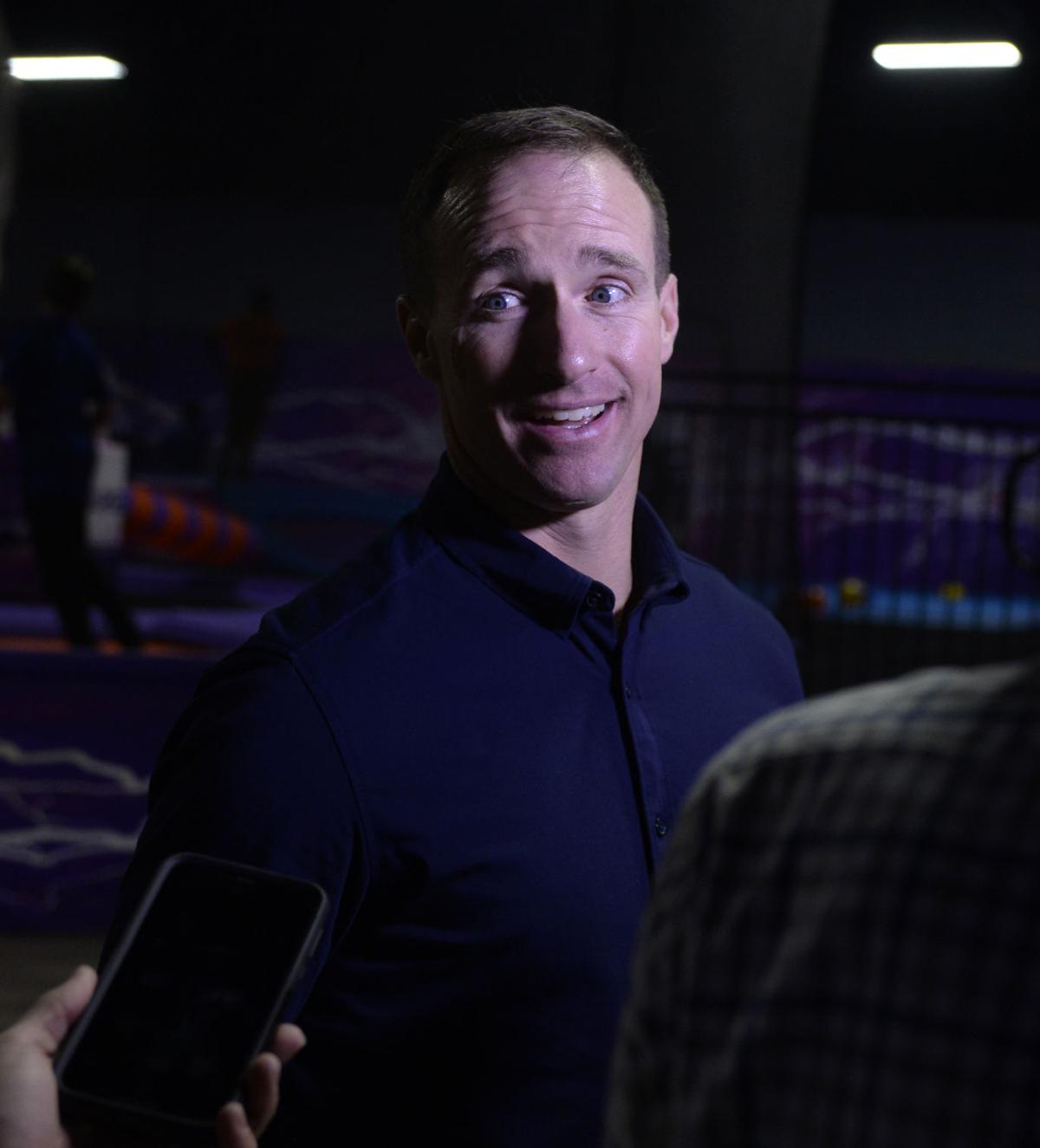 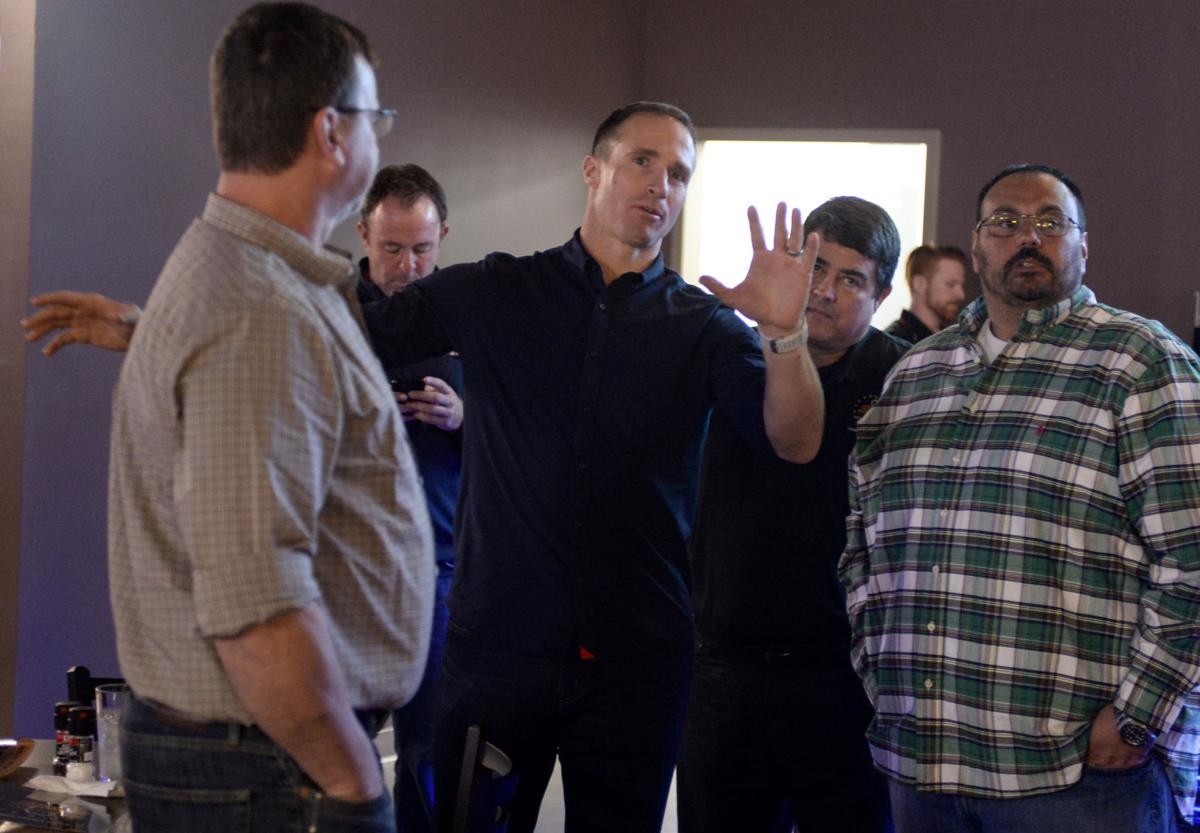 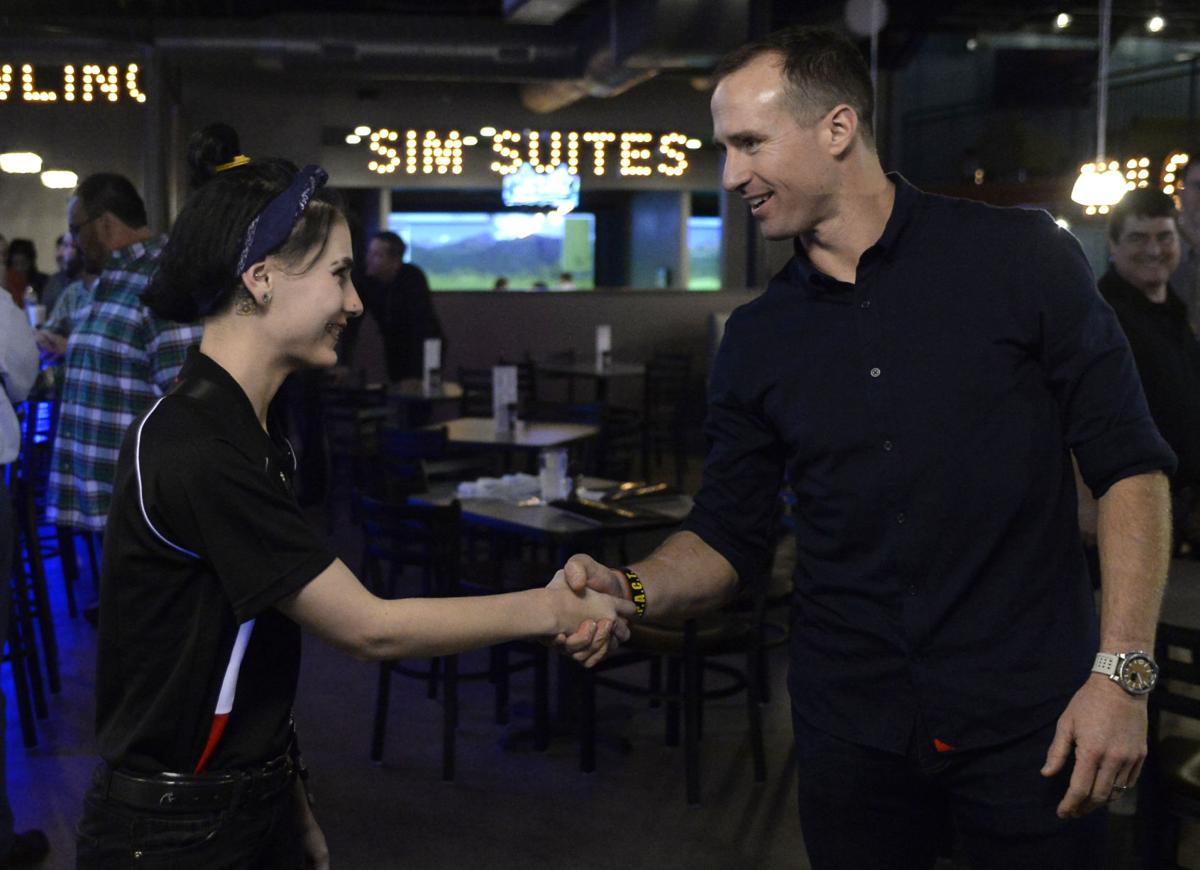 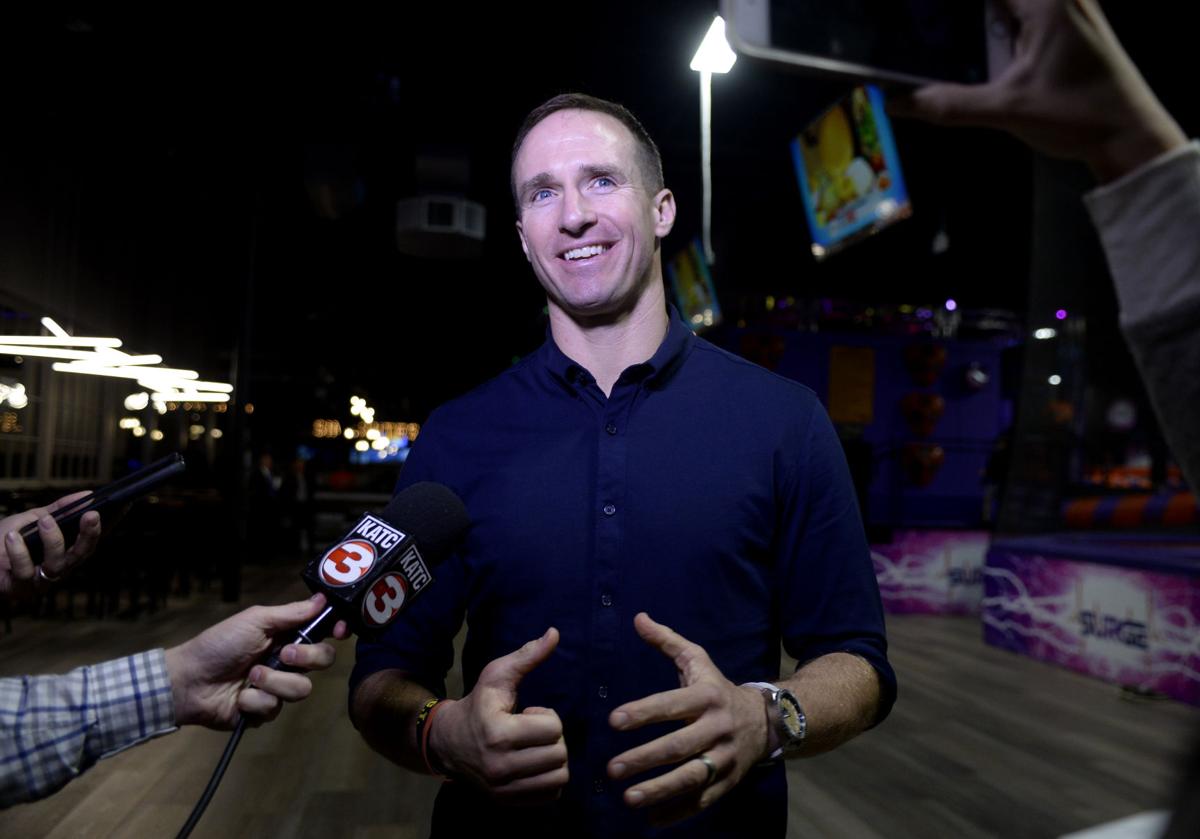 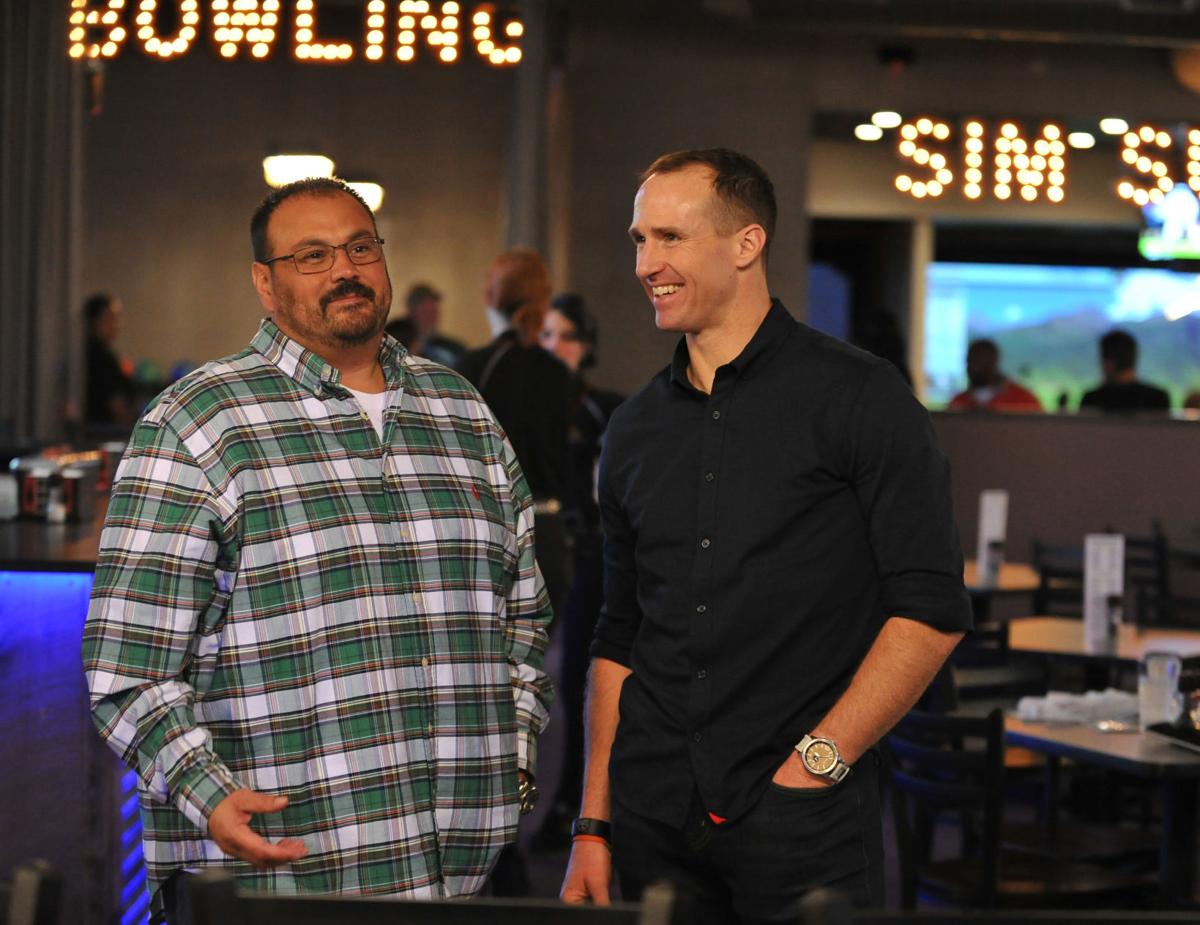 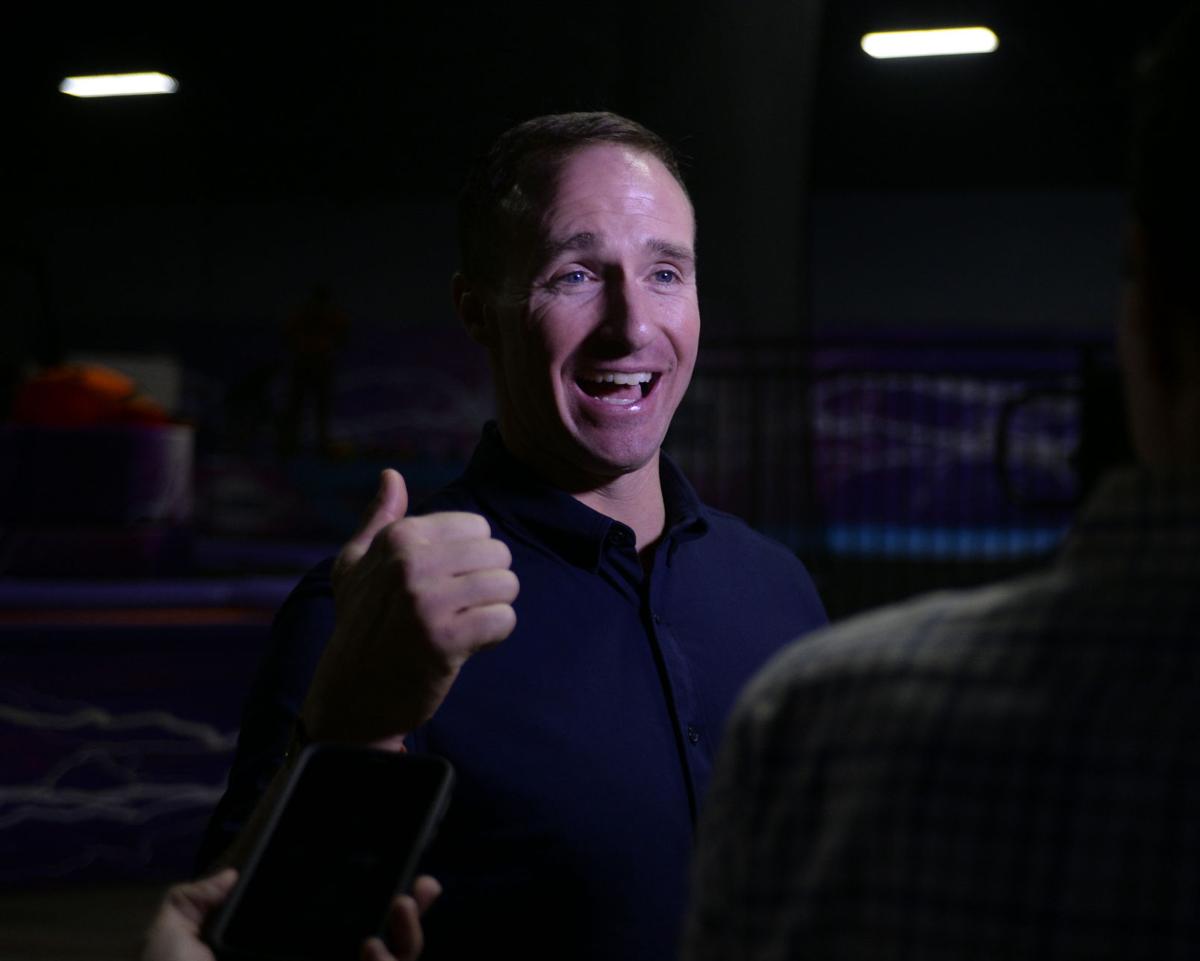 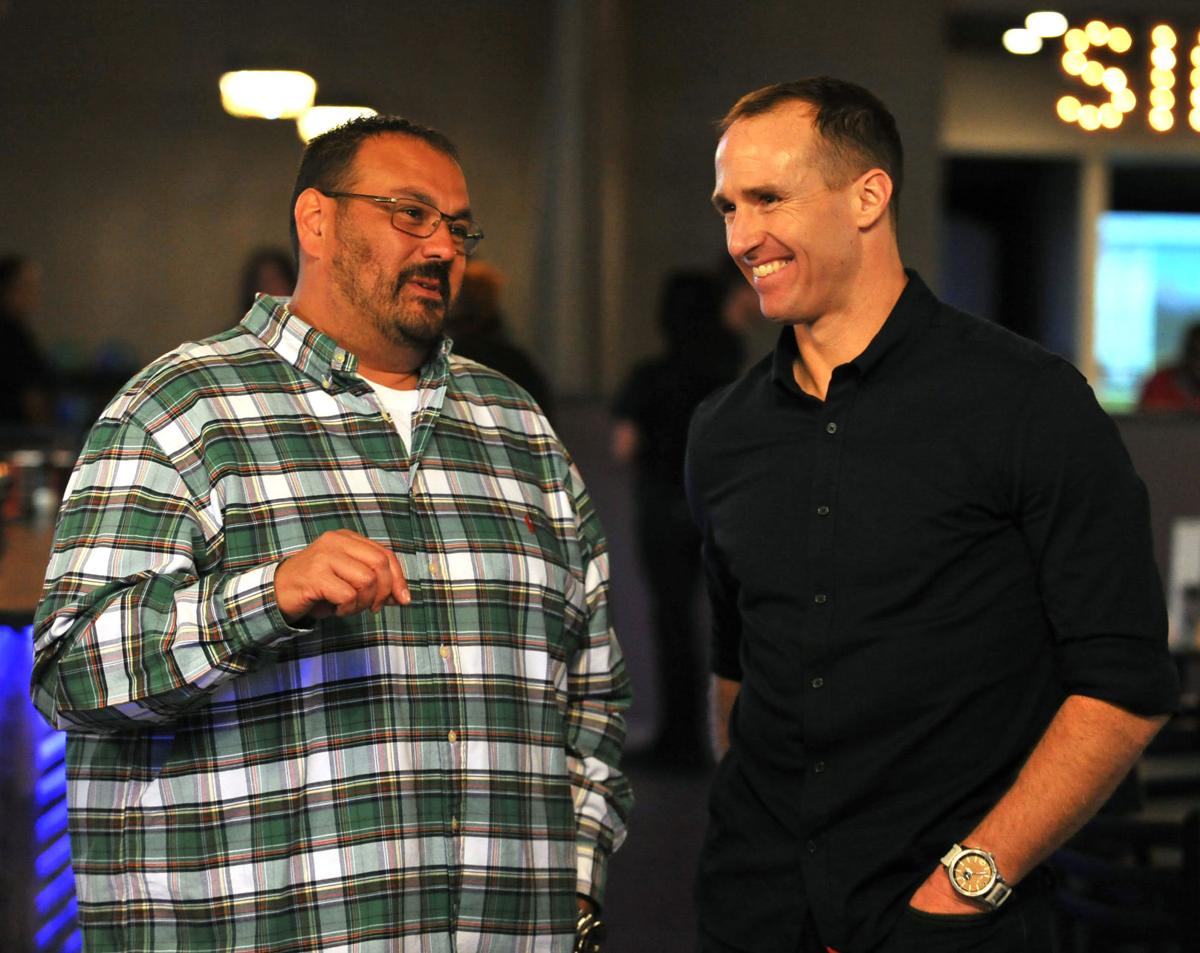 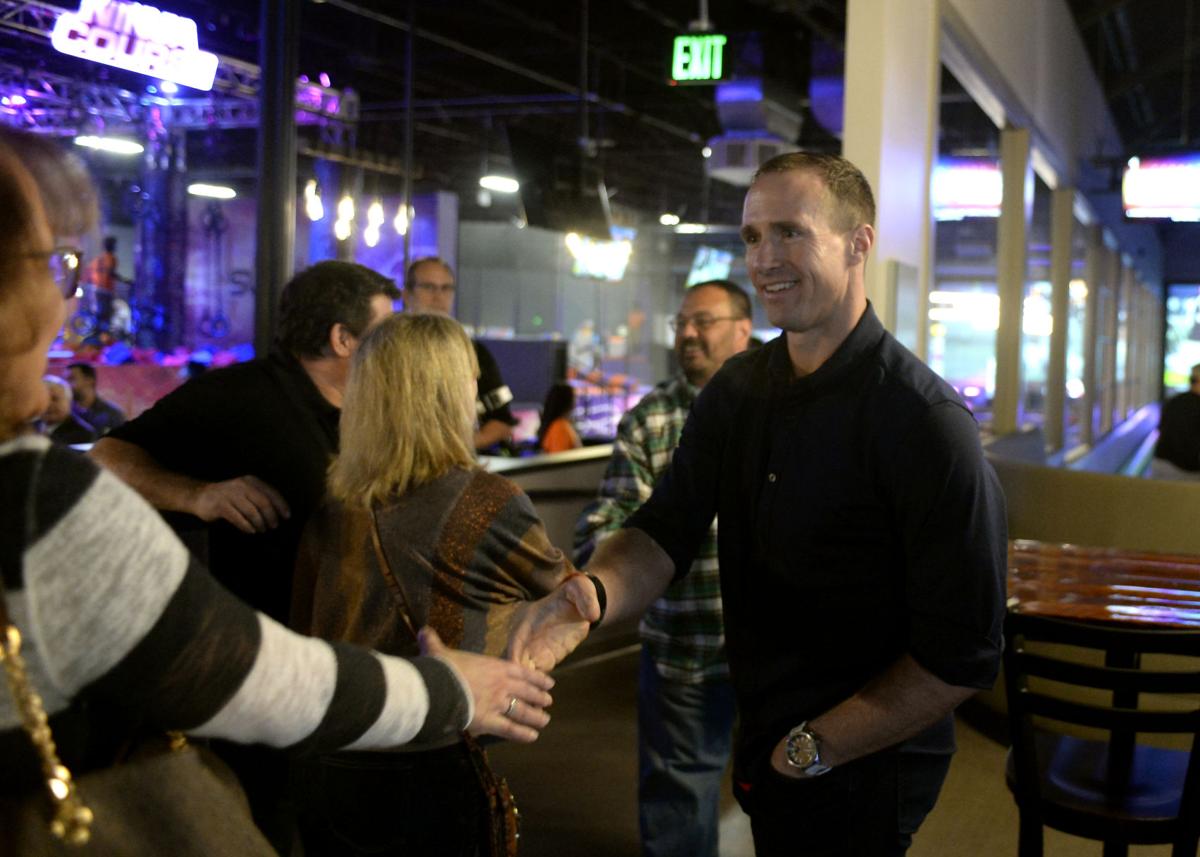 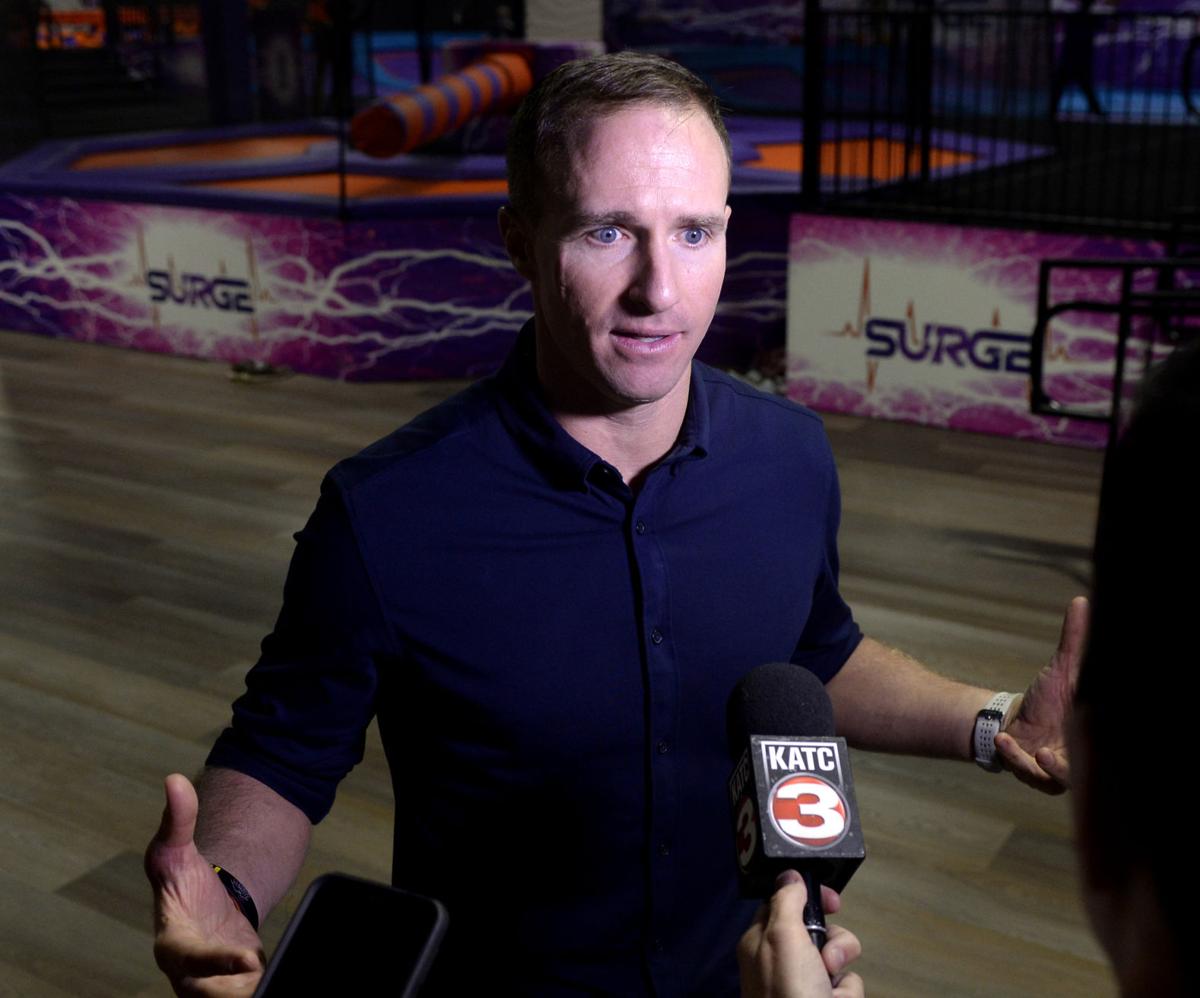 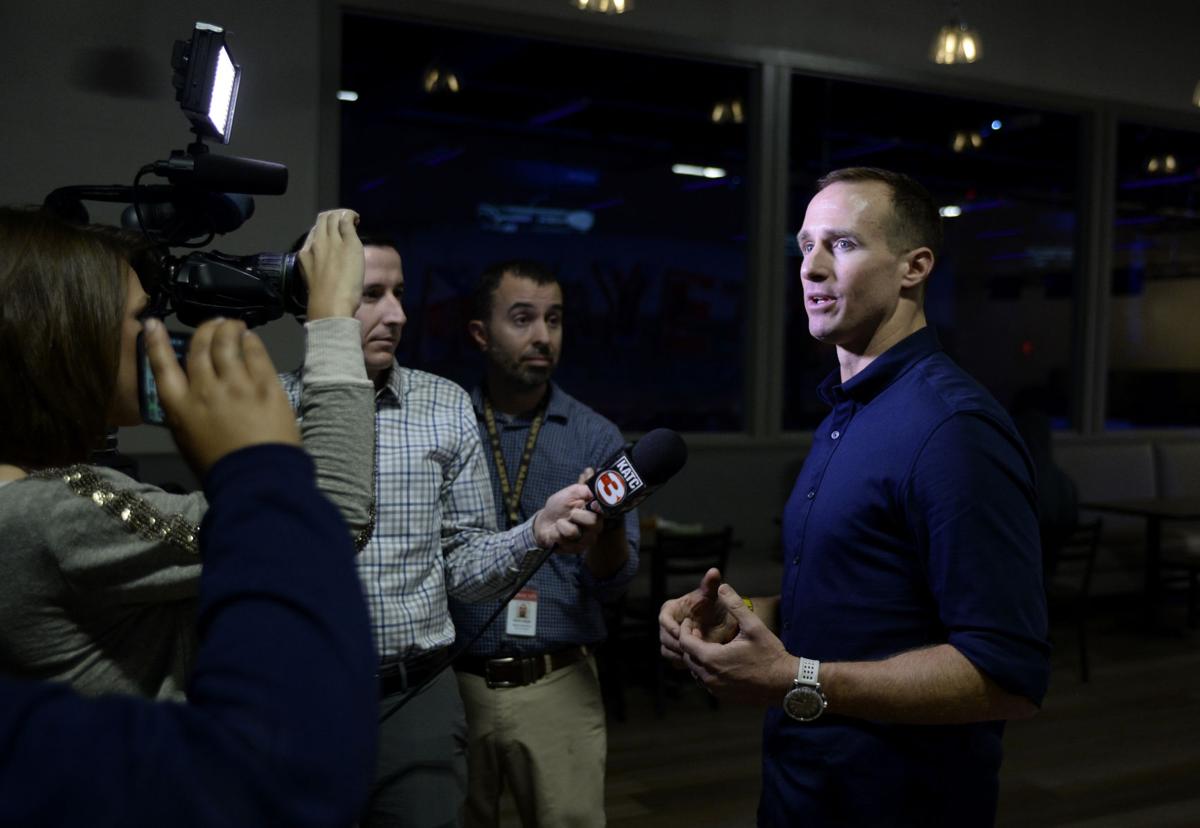 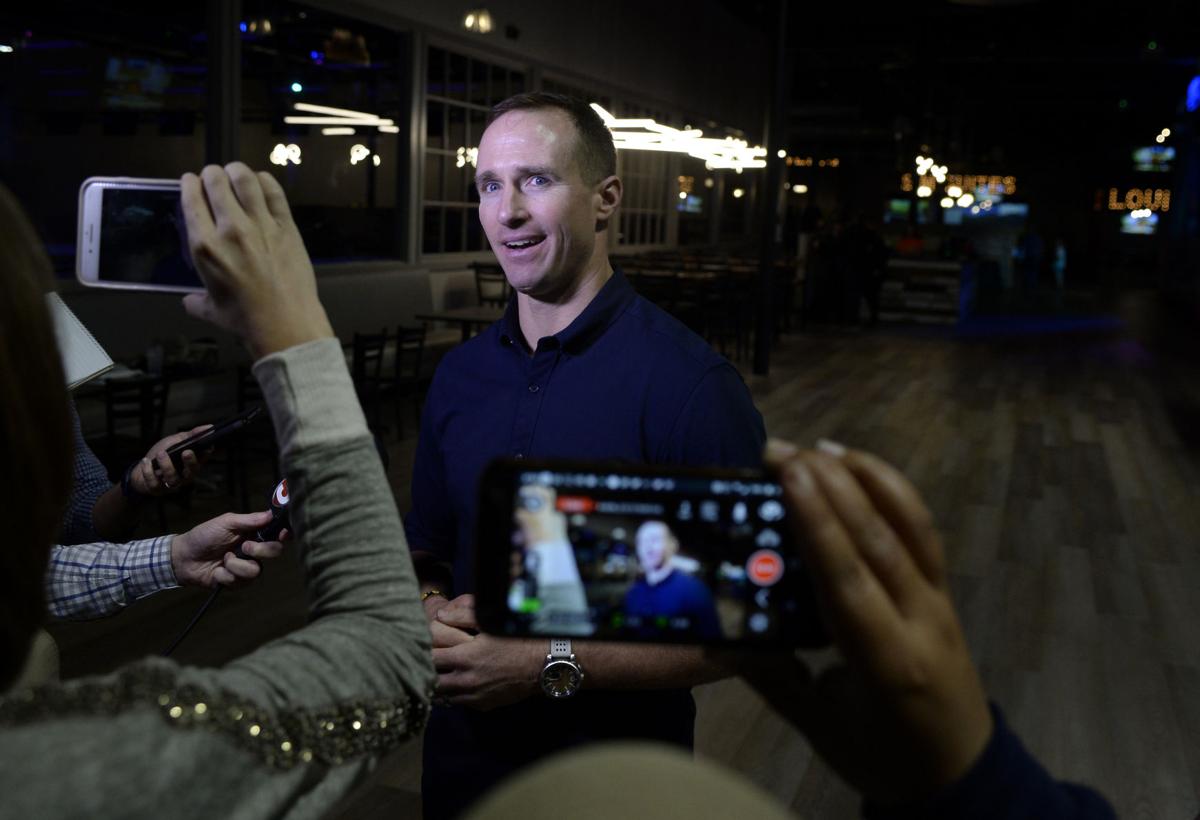 Drew Brees tours Surge Entertainment with his family on Monday, Nov. 18, 2019, in Lafayette, Louisiana. Brees announced the official opening of the multi-sport facility to be Saturday, Nov. 23.

A 43,000-square-foot entertainment complex that Saints QB Drew Brees helped design with families in mind is scheduled to open Saturday in Lafayette.

Brees is co-owner of Surge Entertainment Center at 2723 W. Pinhook Road. It will feature a trampoline park, bowling lanes, a restaurant and batting cages. It’s a new concept within the Surge company, which is co-owned by Darren Balsamo.

“I know this — my wife, Brittany, and I have four kids,” Brees said when he visited the site in late October. “I think it’s challenging at times to go out and eat and find a place that you know is going to cater to your kids, as well. We wanted to build something that was really fun for the entire family, has great food and has a great environment. It has something that everyone can do at the same time in one location.”

Brees returned to Lafayette with his wife, Brittany, and four children Monday evening for a private showing in the building that once house a Winn-Dixie supermarket.

"I think Surge Entertainment turned out phenomenal, even better than expected," Brees said. "I couldn't imagine a better family entertainment center than Surge Entertainment. This was an old Winn-Dixie, and we turned it into a family paradise. You've got something in here for the entire family."

Brees and Balsamo have been involved in the project for some time, Brees said. A similar project is also in the works in West Monroe, and the two have plans to open locations in Lake Charles and Shreveport.

The building itself is split into thirds, with video games, trampoline areas and a ninja course on the right side. The middle will have 10 bowling lanes alongside a mural by Leah Morace of Marksville with Lafayette in capital letters with each letter containing something that signifies the city, including Drew Brees holding up his son after winning the Super Bowl in the T.

The left side of the building houses the Marucci Sports batting cages and gift shop.

It also has four VIP bowling lanes in the back of the building along with a golf simulator and a karaoke room. The full restaurant and bar has a 14-foot television mounted on the wall.

The center will employ at least 130 people and will stay open until 11 p.m. during the week, 2 a.m. on Fridays and Saturdays and 10 p.m. Sundays,  Belloni said.

“We’ll be providing a lot of jobs for the Lafayette community, which is fantastic,” Brees said. “We love this community. There are tons of families in this community and the surrounding areas. We feel we found a really centralized location that we’ll be able to serve all the local communities.”

Construction has been ongoing since the company obtained a demolition permit with the city in January.

A 43,000-square-foot entertainment complex that Saints QB Drew Brees helped design with families in mind is scheduled to open Saturday in Lafayette.

The owners of Zeus and Agave restaurants will unveil a new concept with Baba Kabab next month.

A Broussard-based online women’s clothing business will move its operations to southeast Lafayette.

Who's drilling where in Louisiana? Here are the well permits filed for Nov. 9-16

The Water Institute of the Gulf is getting a $500,000 grant toward a project that will use sediment dredged from a Port Fourchon project to he…

Surge Entertainment Center by Drew Brees advertising for workers; No open date has been announced

The Surge Entertainment Center by Drew Brees is seeking employees to staff the 43,000-square-foot sports and family entertainment center.