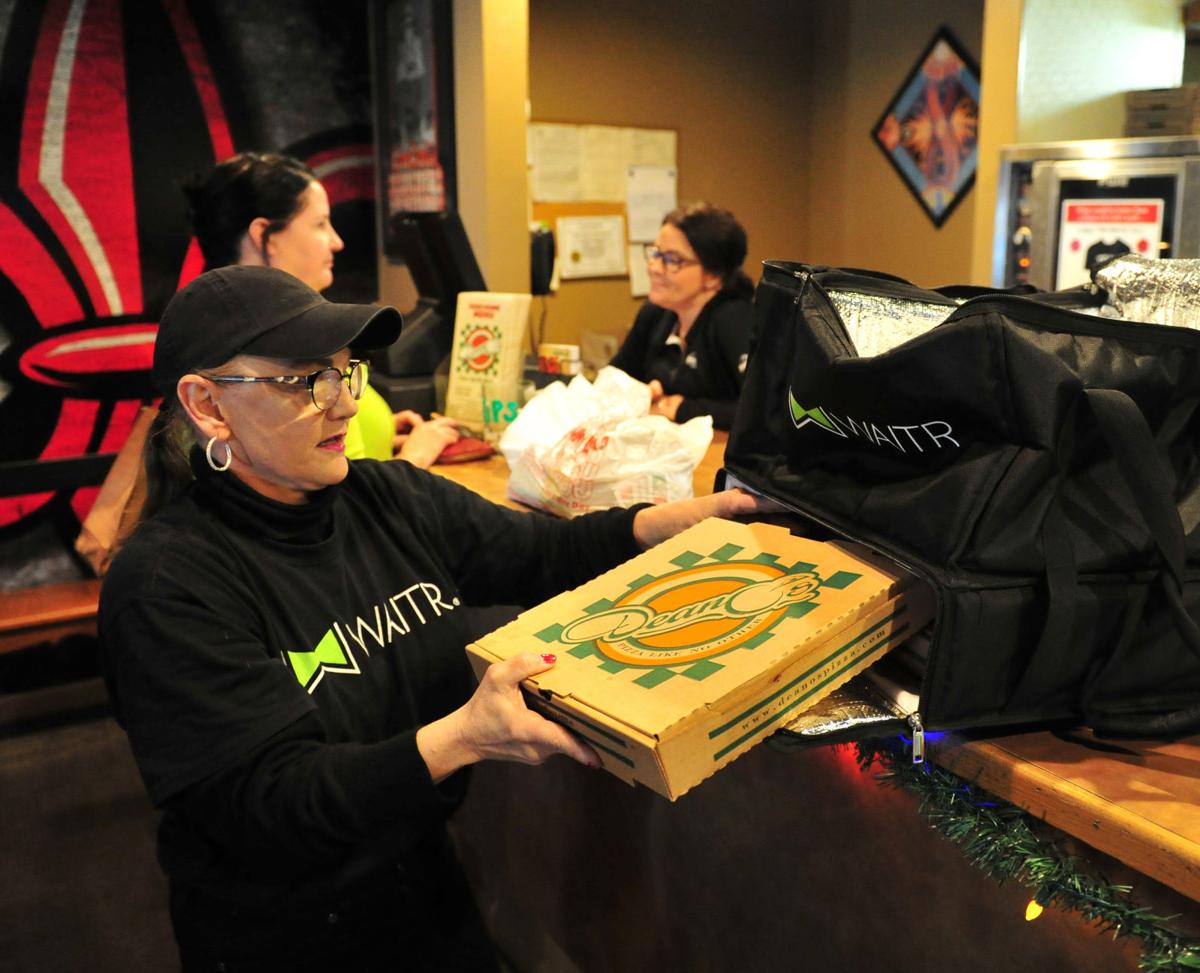 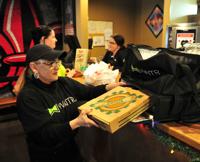 Waitr driver Melissa Wood loads up a delivery from Dean-O's Pizza on Bertrand Drive in Lafayette. 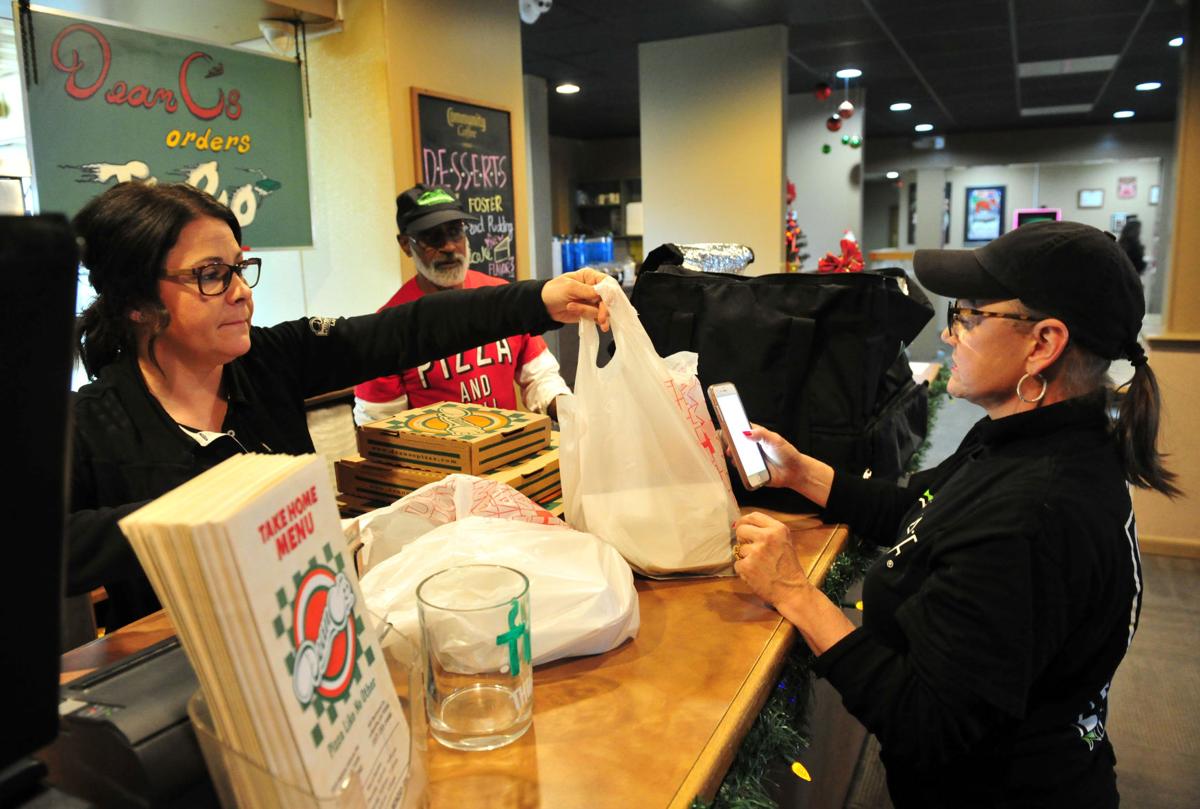 Waitr driver Melissa Wood loads up a delivery from Dean-O's Pizza on Bertrand Drive in Lafayette.

Waitr is ditching performance-based rates for some restaurants to collect more commission — a move that could make the struggling company more profitable but will likely be paid for by both restaurant owners and customers who use the delivery service.

This is the second major price change for restaurants in six months. But like last time, restaurant owners are more upset about the way the change is being implemented than the actual price increase itself.

"Not all money is good money," said Billy Scott, general manager of the Londoner Pub in Baton Rouge. "The profit from Waitr is not worth it if I'm dealing with someone I can't trust. Trust is a vital part of a business partnership, and they can't even promise me that this won't happen again in two months."

After layoffs, Waitr changes terms for restaurants; One owner: 'Customers aren't going to support this'

Waitr representatives have been contacting "preferred restaurant partners" about new terms, according to multiple restaurateurs in Lafayette and Baton Rouge.

They said the new rates are pitched as being necessary for Waitr's profitability and survival in a way that implies restaurant owners must agree to the new terms to continue doing business with the delivery company.

That's the way Tim Metcalf, who owns Deano's Pizza in Lafayette, understood things during a meeting last week with a Waitr representative. Metcalf agreed to the new terms, which go into effect Jan. 30.

"Initially, my thought was 'It is what it is,'" Metcalf said. "Most people in the business thought we'd eventually get to this point. But when you tell me it's not across the board — If I find out I was lied to and I had another option, I'm going to be really mad."

Waitr will charge a 30% commission fee on top of a 3.1% credit card processing fee and a 30 cent transaction fee for every Deano's order placed through the platform, according to a master services agreement Metcalf signed Jan. 10.

Deano's has been charged a 15% commission under Waitr's performance-based rate structure that went into effect in August.

That pay model, which prompted outcry and even boycotts from some restaurants last summer when it was introduced, used a sliding sale. Waitr took anywhere from 15% to 25% commission from restaurants based on their sales volume. Waitr rewarded restaurants that brought in more money to the company by charging them a lower commission.

Under the latest terms, Metcalf plans to charge 35% more for those ordering via Waitr than he does for those who call in orders or dine at the restaurant.

"Most restaurants operate around the 10% profit margin," Metcalf said. "We can't eat 35%. We have to raise our prices. Whether the customers think it's worth the convenience is entirely up to them."

Scott did not sign the new terms, which would raise Waitr's commission on orders at the Londoner Pub from about 20% to 25%.

"I would be willing to bet my life savings that they don't pay 3.1%," Scott said. "I have a strong suspicion they are profiting on this rate from restaurants, that it's basically a hidden fee."

"They should have given time to explain things better, but they were in such a rush, rush, rush to raise fees," he said. "It was a bad plan and they’re seeing the effects of it."

A Waitr spokesperson declined to comment for this story, citing confidentiality of agreements between the company and restaurant partners.

Unlike last summer, it appears that rates aren't changing for all restaurants who work with Waitr. Multiple restaurant owners in Lafayette, Baton Rouge and New Orleans said they had not been contacted recently by the company.

Some restaurateurs have wondered if Waitr is targeting higher performing restaurants because the company was collecting less commission from them under the pay model introduced last year.

"I'm supposed to be a preferred customer," Metcalf said. "I signed a new contract, but under false pretenses. They told me this is it. This was for everybody."

The tech-centric food delivery company has been operating in a tumultuous industry in the past year — where companies like GrubHub, Uber Eats, DoorDash and Postmates all are finding that customers jump freely between services to find the best deal.

The Nasdaq stock exchange warned Waitr in December that it may be on the path to delisting if it doesn't pull its closing bid price above $1 per share by June. The company has previously said that it plans to appeal that decision.

Waitr is expected to release fourth quarter earnings in the next few weeks.

Like Metcalf, Scott said he initially thought the new terms were mandatory for all restaurants. But after his second meeting with the company in a week, Scott said he now believes the terms are entirely optional.

"My biggest question at the end of our meeting was 'What's the benefit for me to sign this contract?'" Scott said. "And he really had no answer. He said 'Waitr can continue doing business and be solvent.'"

For second time in 6 months, Waitr increasing fees for some restaurants in push for profitability

Christian Brothers Automotive, a franchised auto care company with more than 200 locations in 30 states, will open a Lafayette location later …

Who's building where in Acadiana? Here are the building permits for Jan. 6-10

Don't miss these events in Acadiana and the outlying areas of south Louisiana (Jan. 17-23)

In the latest effort to turn a profit, Waitr has slashed more jobs and will discontinue services in some markets.