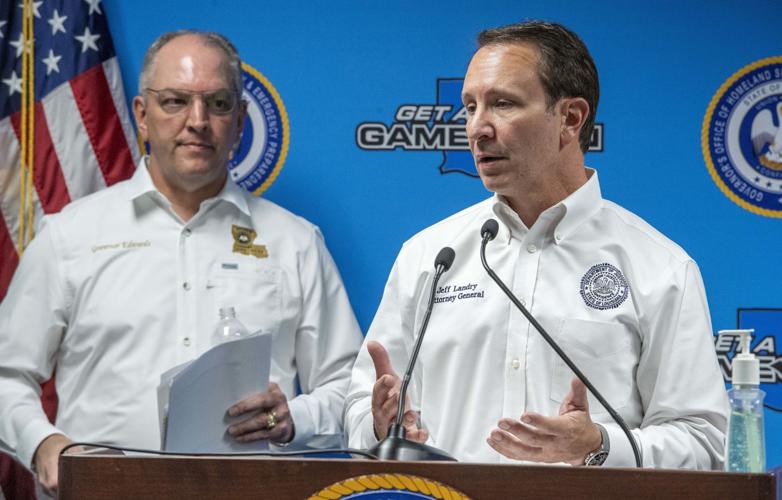 As Gov. John Bel Edwards watches, left, Attorney General Jeff Landry, right, talks about medicines being donated by drug companies to help the fight against the Coronavirus during a press conference at the GOHSEP Monday April 6, 2020, in Baton Rouge, La. 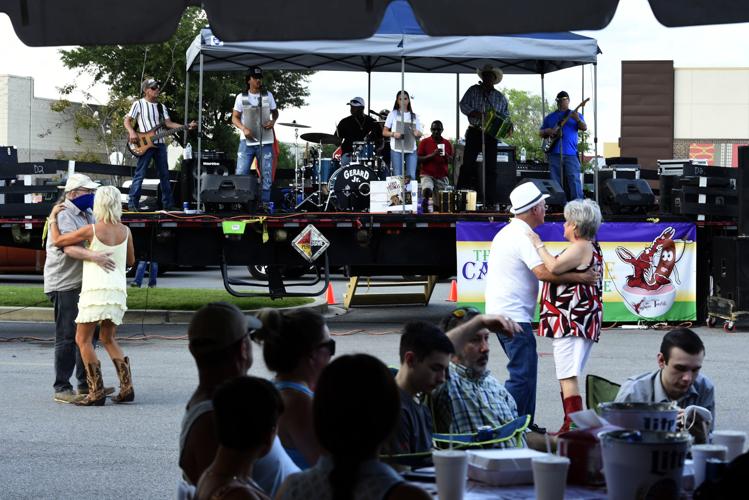 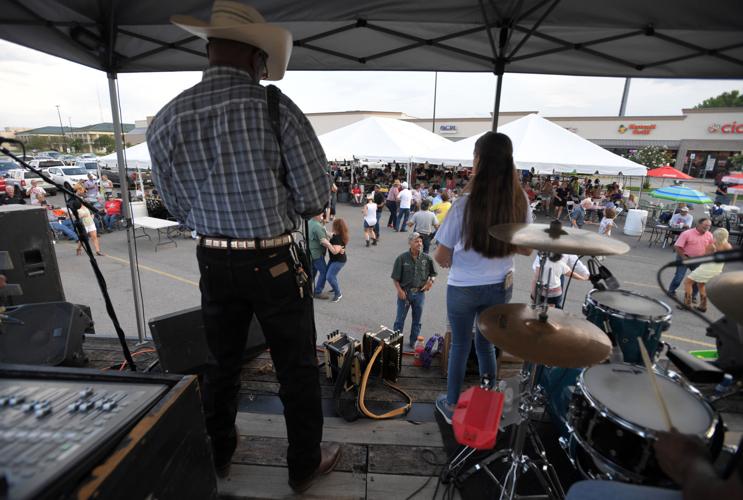 As Gov. John Bel Edwards watches, left, Attorney General Jeff Landry, right, talks about medicines being donated by drug companies to help the fight against the Coronavirus during a press conference at the GOHSEP Monday April 6, 2020, in Baton Rouge, La.

Louisiana Attorney General Jeff Landry and Lafayette Mayor-President Josh Guillory argue in separate letters in favor of allowing live music at restaurants, clubs and other venues, despite an apparent prohibition in Phase 2 of the governor's order reopening businesses that were closed for coronavirus safety measures.

Guillory, in a letter to Landry dated Thursday, states his opinion and asks Landry for a legal opinion.

Landry in a letter Friday to State Fire Marshal H. "Butch" Browning Jr., cautions that enforcing the restriction on indoor live music at clubs and other small venues could violate the state constitution. The fire marshal's office is charged with enforcing the reopening guidelines.

Contacted by The Acadiana Advocate on Friday evening, the governor's deputy chief of staff for communications, Christina Stephens, advised live indoors music is prohibited under Phase 2.

"We are looking at ways to allow live music to return, based on research and best practices in other areas, states and countries, which could be reflected in future guidance we issue," she wrote in an email. "Until then, live music is not allowed at businesses indoors."

Ashley Rodrigue, spokesperson for the state fire marshal's office, on Friday said Browning is deferring to the governor's office for comment.

The issue arose last weekend when residents complained to The Acadiana Advocate online and to local and state fire officials about a Lafayette facility hosting indoors concerts and at least one other hosting live bands outdoors under tents under Phase 1 of the governor's reopening plan.

Jamie Angelle, chief communications officer for Lafayette Consolidated Government, said Friday evening in an email, "The AG was consulted and did affirm last week. We wanted to get a written opinion because apparently the information we put out last week wasn’t enough to satisfy some folks."

Logan, meanwhile, wrote in an email response Friday evening to our questions, "What I told you last week was correct and factual. Those were phone conversations that took place last Friday based on Phase 1 guidance from the Governor and State Fire Marshall. With the Phase 2 guidance, we had additional concerns and requested a written opinion from the AG."

The indoors facility in downtown Lafayette is advertising on social media additional concerts this weekend as is a Lafayette restaurant on Ambassador Caffery Parkway near Kaliste Saloom Road that has been hosting live bands for several weeks outdoors. The guidelines require social distancing for outdoors live music and prohibits dancing or standing. Photos from last weekend show people dancing.

in a letter Thursday to Landry, Guillory seeks clarification on whether live music is allowed at restaurants and other venues under Phase 2. Guillory, an attorney, states that in his opinion the intent of the governor's latest order and state fire marshal's latest advice are to prohibit live music in large arenas such as the Cajundome.

"In order to restrict the freedom of individuals, said restrictions must be in the least restrictive manner and serve a compelling interest," Guillory wrote.

The mayor-president added that, in his opinion, prohibiting live music indoors "does not pass such scrutiny."

Guillory said he sees no difference between a disc jockey playing amplified music and a band playing live music as long as the band is included in capacity restrictions.

Landry, in his letter to Browning, writes that the governor's order does not ban indoor live music, but Open Safely Phase 2 guidance does prohibit live music while allowing music played indoorsby disc jockeys.

A section of the state constitution requires like individuals and situations to be treated the same, Landry wrote. The Open Safely guidelines allow disc jockeys to play music indoors but not a guitarist or pianist, he said, and a band can play outdoors following social distancing restrictions, but a band cannot play indoors following social distancing.

Landry also notes that live music is allowed in churches but not in restaurants or other businesses.

Without a legitimate reason outlined by the state, Landry said the indoors music ban is "constitutionally suspect."

"In my opinion," Landry wrote, "enforcement of such a restriction would violate the Louisiana Constitution if the classification is not shown to be rationally related to the state's interest in preventing the spread of COVID-19."

Lafayette Fire Chief Robert Benoit said last weekend, based on advice from Logan and Landry, he will not enforce the live music restrictions. Rodrigue said last weekend the state fire marshal's office was deferring to the local fire department.

Lafayette officials won't shut down indoor or outdoor live music events, despite restrictions put in place by the governor's office under the …