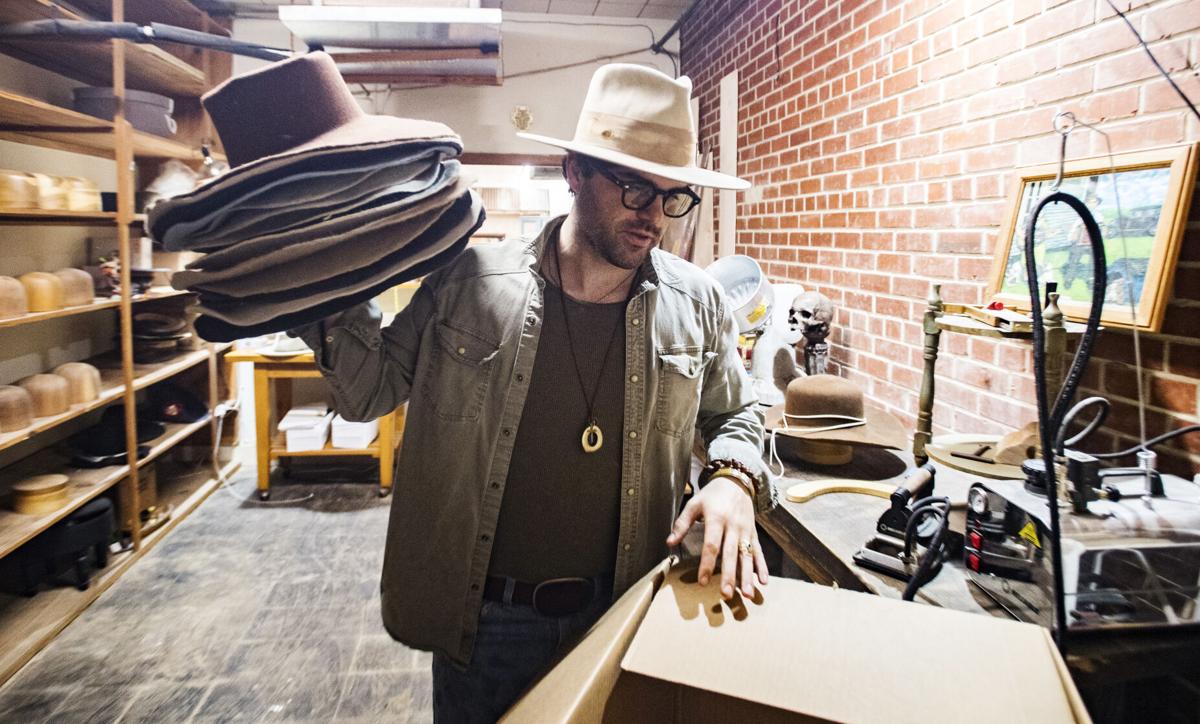 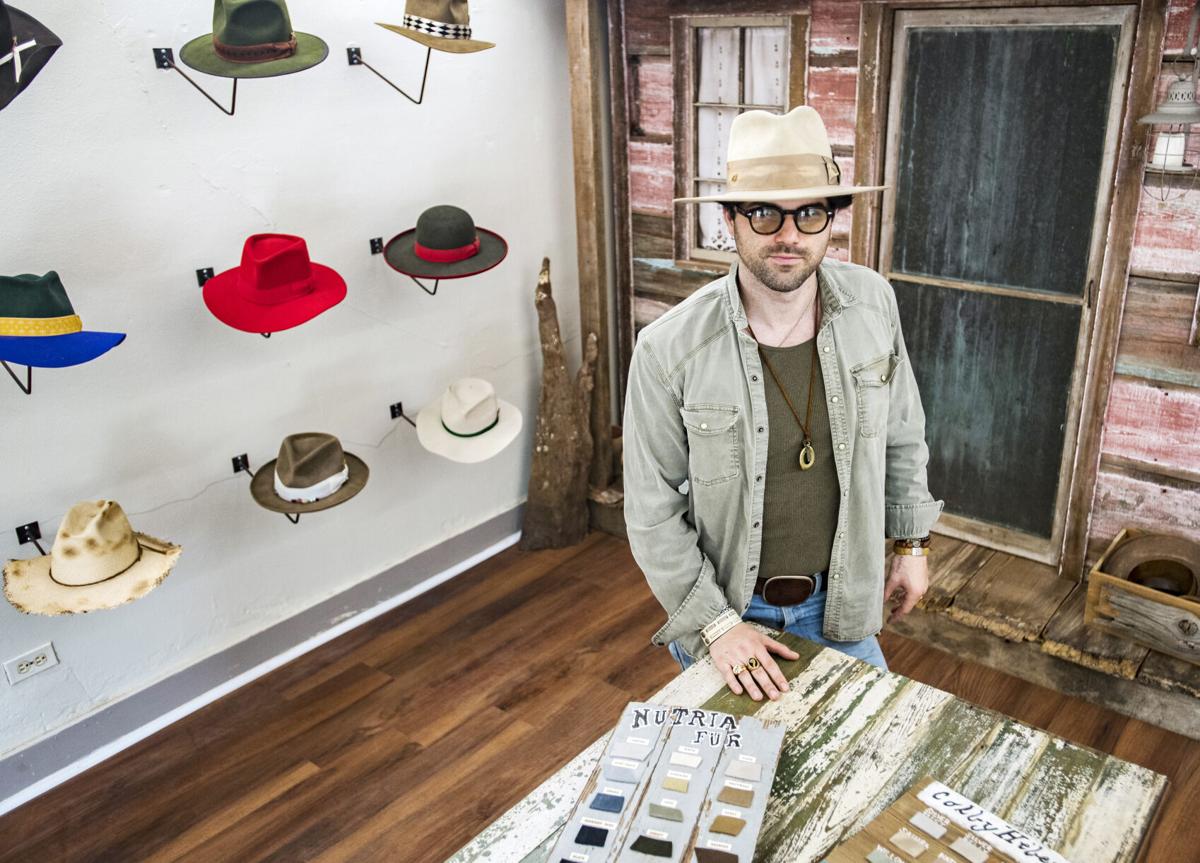 Colby Hebert, owner of The Cajun Hatter, is pictured at his new shop Tuesday, October 27, 2020, on Jefferson Street in Lafayette, La. 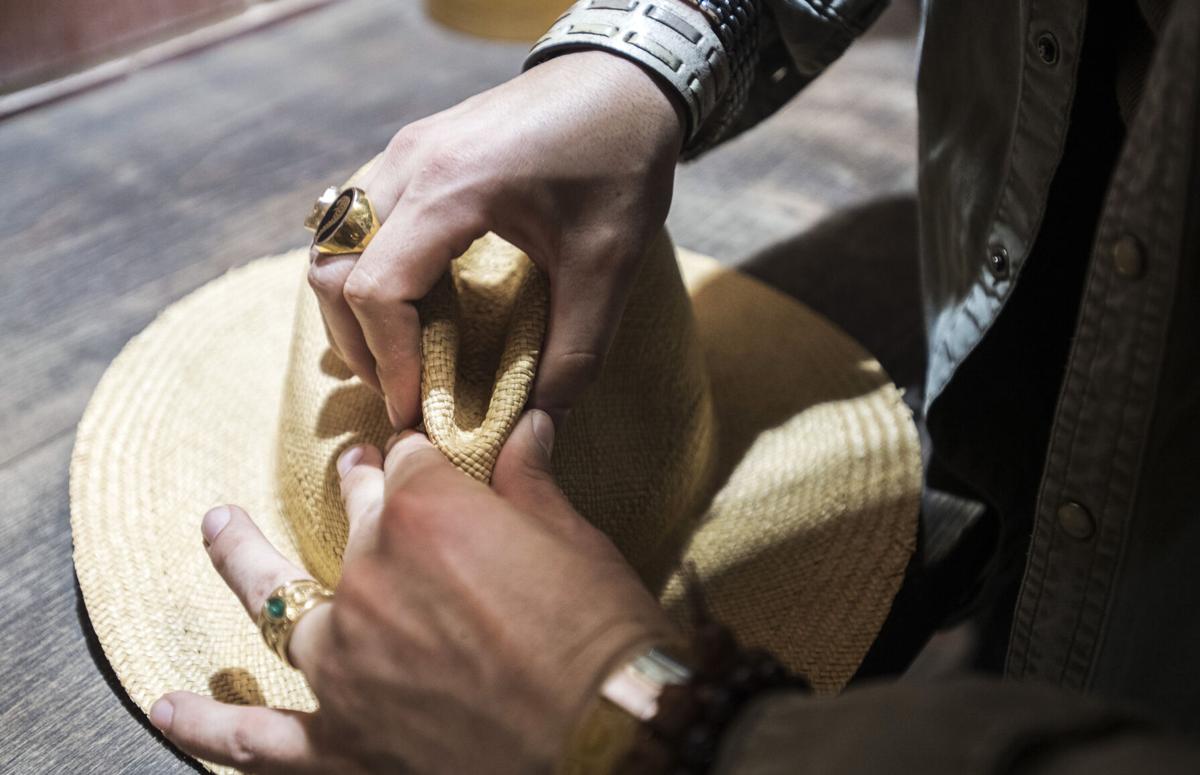 Colby Hebert, owner of The Cajun Hatter, is pictured at his new shop Tuesday, October 27, 2020, on Jefferson Street in Lafayette, La.

Walking into The Cajun Hatter custom-made hat shop, it is easy to see Cajun culture at the forefront.

From the room divider in the style of an Acadian home to the cypress and moss accents, Acadian style surrounds the small downtown Lafayette shop.

For Colby Hébert, owner of The Cajun Hatter, hat-making has always been directly impacted by his Cajun culture. Relocating from his office on Magazine Street in New Orleans back to Lafayette, the New Iberia native said he needed to return to the area to be back in Cajun country.

He will open his store Friday.

“(In New Orleans) I was working so hard and in so many ways not only to help with Cajun preservation but also just to step into that Cajun identity that I have in every way,” Colby Hébert said. “It was at the point where I’m like, I can’t do this anymore and not be here in my culture and directly contributing to my culture.

“We have a great thing here that a lot of people argue is dying out. Being here in that pivotal moment where we start to decide how we want to redefine culture here makes me feel good.”

Hébert first got interested in hats when he was younger and wanted to try his hand at something bold and different in fashion. He started collecting hats and noticed the finer details involved in each one, and that naturally led to custom hat making.

He makes hats almost all by hand, using mainly wooden tools and traditional techniques that have been in use for decades. His only real machinery, he noted, are his steamer and iron.

Hat prices start out at $400, and Hébert points out that covers the high quality of the material and the personalization of the product.

He uses felt beaver fur, or more recently, felt nutria fur. The felt itself, he noted, is such quality that it will likely outlive its user.

And nutria, he noted, are an overpopulated species in Louisiana that contributes to coastal erosion. Making use of their fur creates less waste.

Designing a hat is a personal experience for every client, he said, that often begins with a consultation. The design process can include details such as hair color, physique or a person’s color palette.

His clientele can range from teenagers to 80-year-olds, but he gets more customers in their 30s and 40s and more women than men.

Acadiana Business Today: Try 16 burgers at downtown Lafayette restaurants for a good cause; what's on the menu