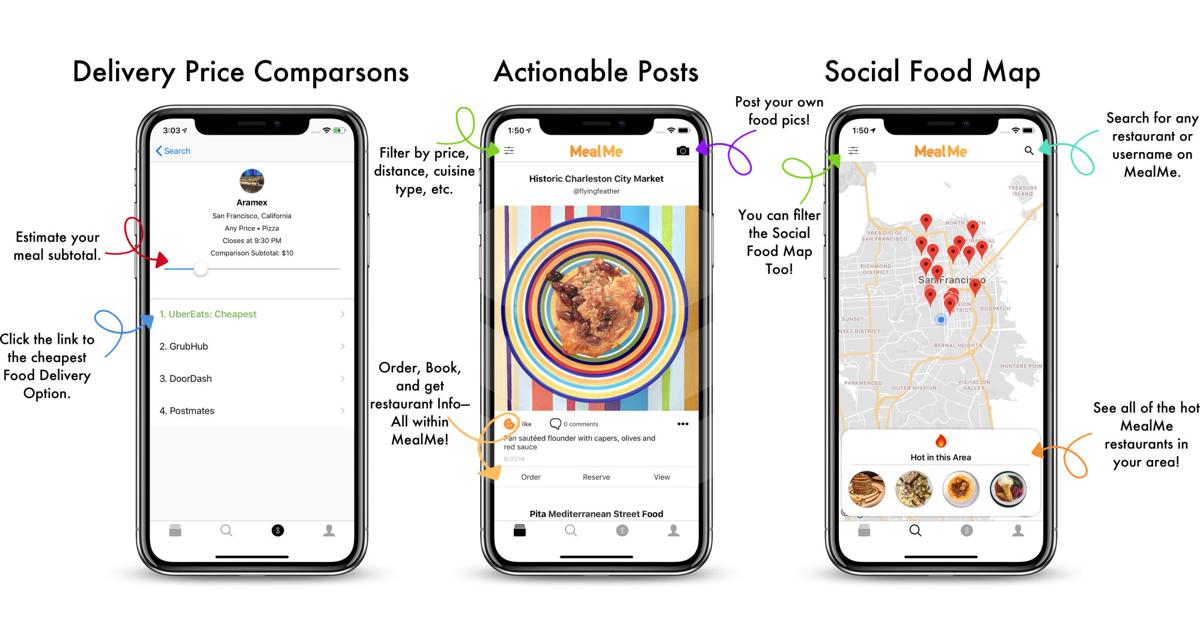 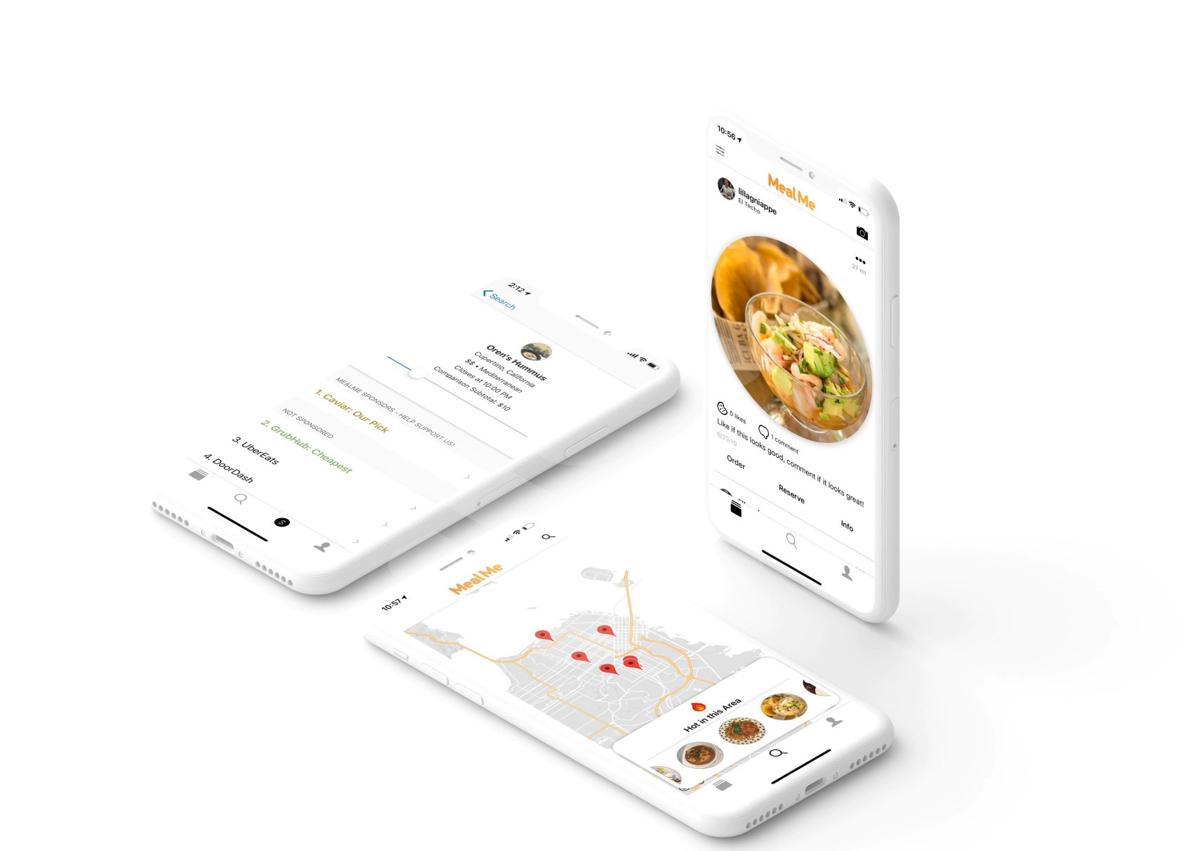 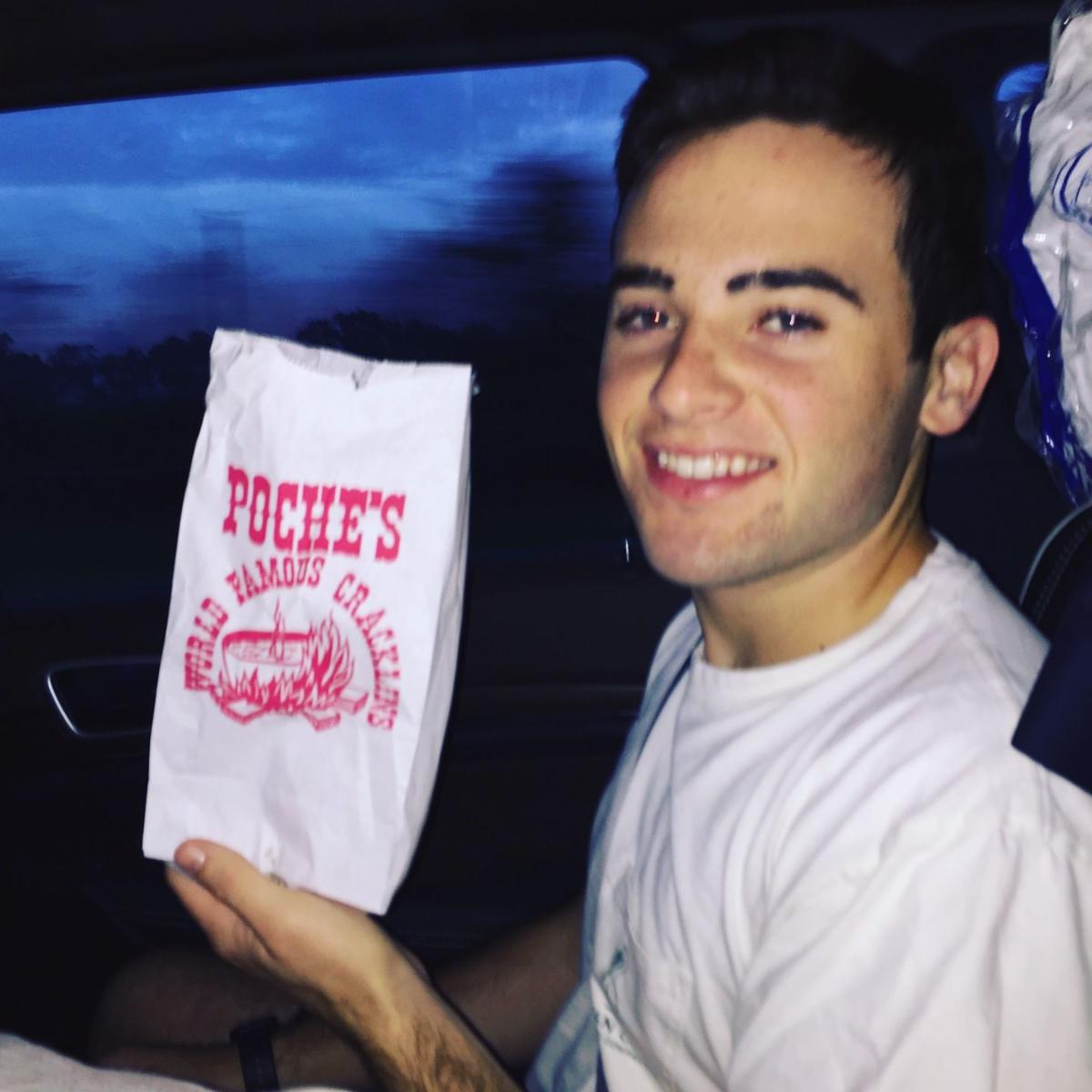 Lafayette native Matthew Bouchner co-founded MealMe, a social food app with useful options for ordering restaurant delivery, reserving a table and more. Bouchner is pictured here with boudin from one of his favorite Acadiana spots.

Lafayette native Matthew Bouchner co-founded MealMe, a social food app with useful options for ordering restaurant delivery, reserving a table and more. Bouchner is pictured here with boudin from one of his favorite Acadiana spots.

Imagine scrolling through Instagram and coming across a drool-worthy photo of what a friend is eating. Imagine options such as "order" and "reserve" alongside the standard "like" and "comment" options.

This concept is close to becoming a reality thanks to MealMe, a smartphone app developed by a college student from Lafayette.

"I want it to be a social place to go for food but also a helpful place because we help you actually connect with restaurants," says Matthew Bouchner. "There is nothing else like this. Think about how you personally try to find food. You have to go to Waitr for delivery, Yelp for reviews, Open Table for reservations, Google Maps to locate a restaurant. I wanted to streamline everything into one app, and that app is MealMe."

Bouchner, 21, developed MealMe through a startup accelerator program at Emory University in Atlanta, Georgia, where he is studying information systems and entrepreneurship.

He recently launched a beta version of the app in the Apple App Store. He's hoping to collect feedback from users in his hometown of Lafayette and fully launch the app by the end of the year.

"We want to do a lot of large-scale testing," Bouchner says. "And I think Louisiana — specifically the Acadiana area — is a great place to do testing in because people have such a passion for food."

Bouchner is one of those people. The self-described "foodie" hosted his own local cooking show called "Lil' Lagniappe" on Cox 4 when he was just 11 years old.

"My mom was in the Junior League, and they were putting out a cookbook and needed chubby little kids to make some of the recipes," Bouchner said with a laugh. "So I did one episode, and they were like, 'OK, we can roll with this.' I did more episodes and soon I became Lil' Lagniappe."

That nickname has stuck with him to this day, even with his college friends in Georgia.

After the short-lived TV show, Bouchner created an Instagram account — @Mattsfoodstagram — to share his love for food with others at the Episcopal School of Acadiana and beyond.

That's when the idea for MealMe first occurred to him.

"I think this whole thing just stemmed from me using that and wishing I had an app to interact with foodies nationally but also in my community where I wanted to find a place to eat," Bouchner said. "I didn't want to go to four different apps to achieve one goal — ordering food or posting the food I was eating."

Bouchner finally made the concept a reality with Emory University's Entrepreneurial Excellerator and the app's co-founder, Will Said, who is studying computer science at Georgia Tech.

When MealMe users come across a photo, they can click "order" to see a list of food delivery services — from cheapest to most expensive — for the restaurant. They can also click "reserve" to book a reservation or "info" to see restaurant details such as address, phone number and hours.

When Bouchner is back home during school breaks, his go-to order is the chicken arepas with plantains from Patacon.

"My short-term goal is for everyone in Louisiana to be using MealMe and posting pictures and interacting with fellow foodies and chefs and price comparing deliveries," Bouchner says. "Long term, I would love for this to be the food app."