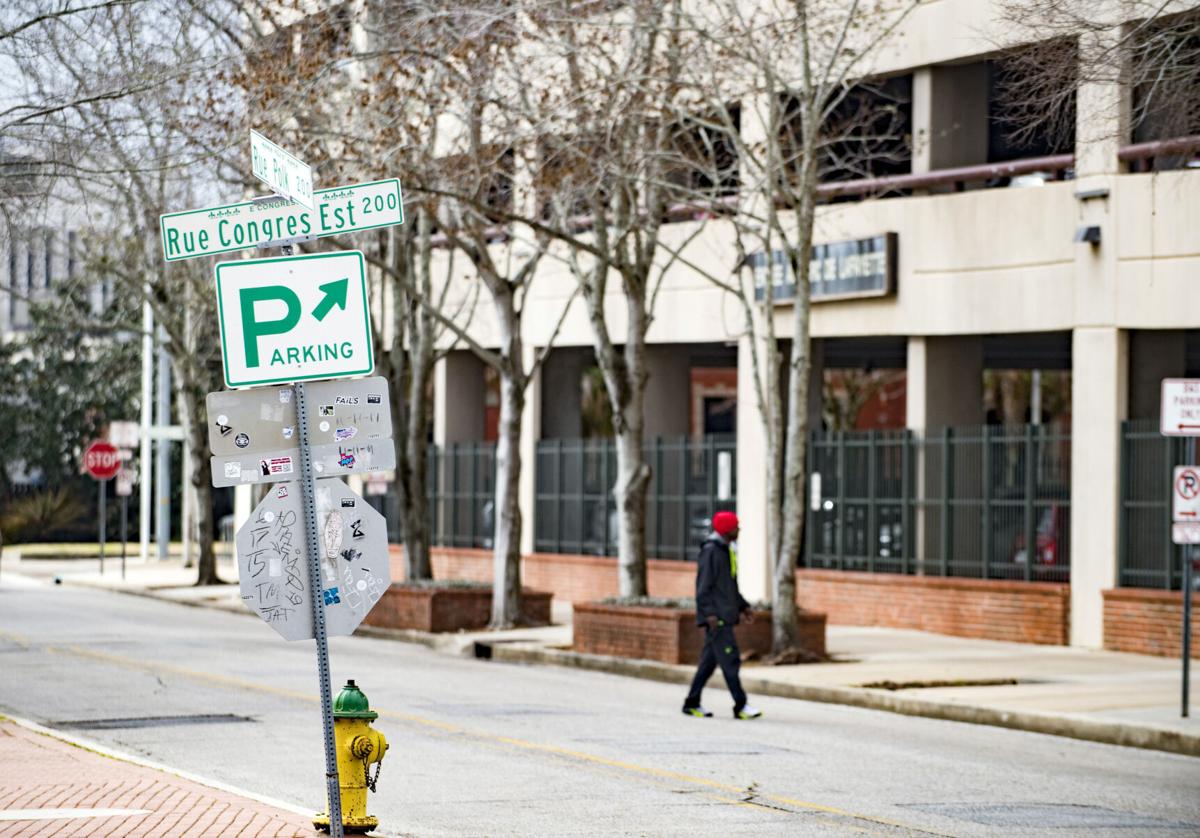 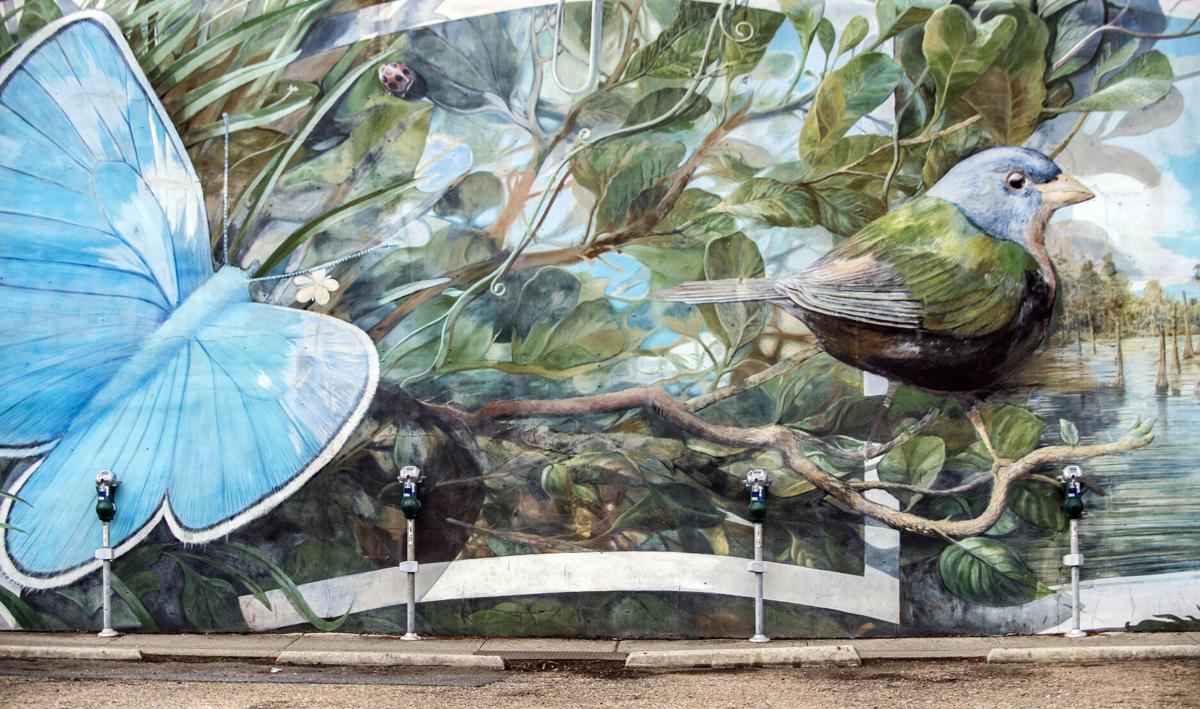 Parking meters in a public parking lot stand in front of a mural by Robert Dafford Wednesday, February 24, 2020, in downtown Lafayette, La. 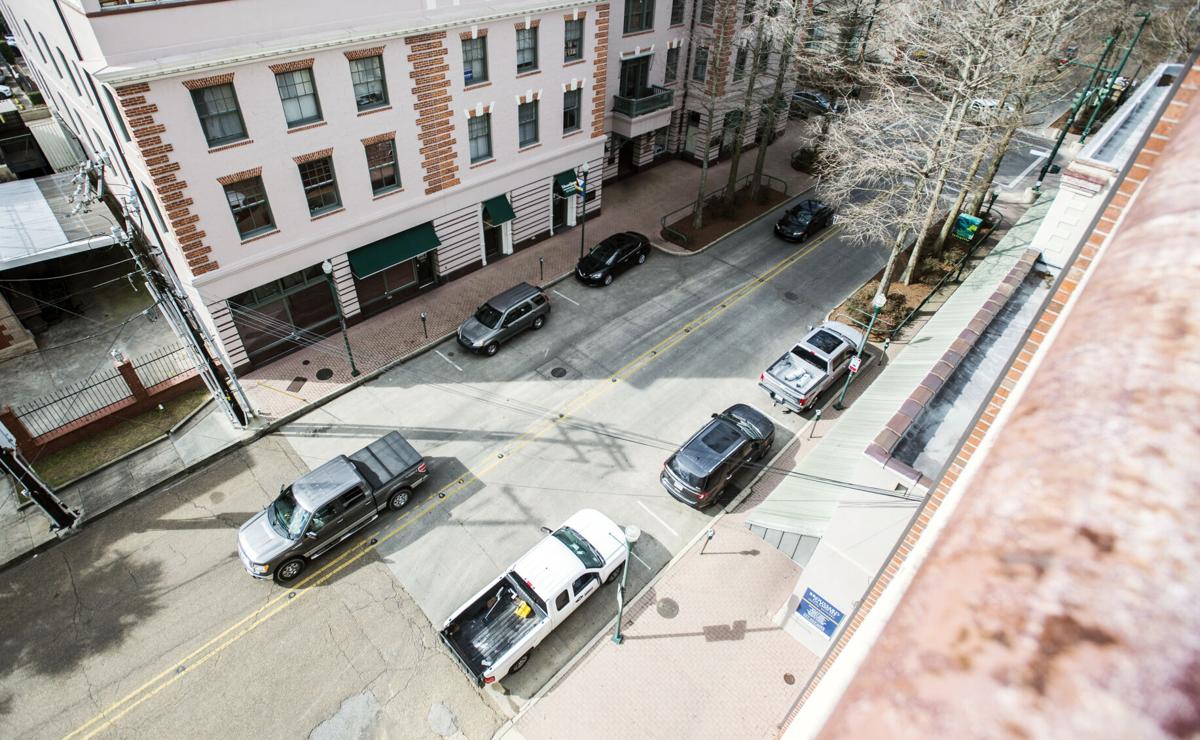 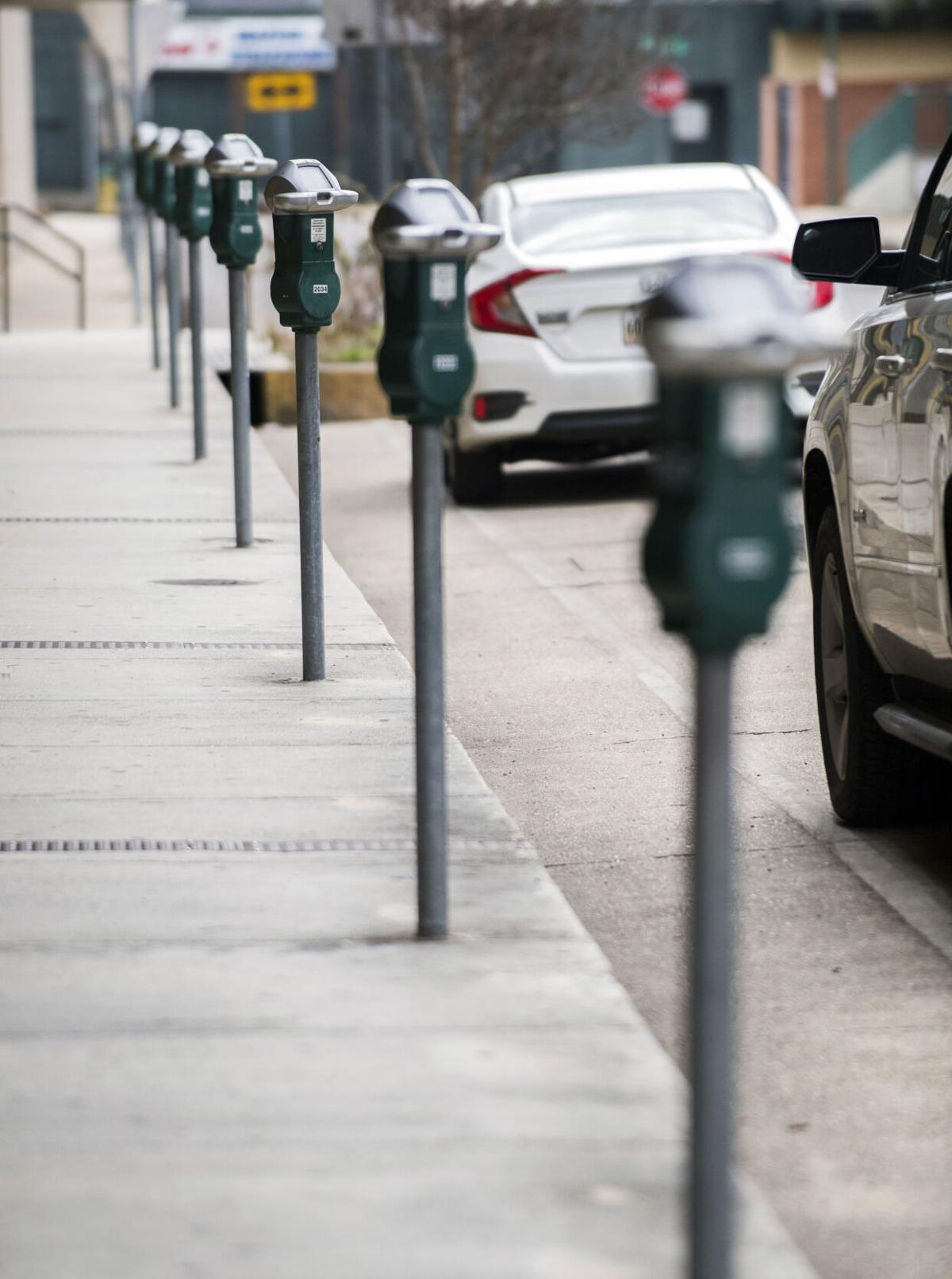 Parking meters in a public parking lot stand in front of a mural by Robert Dafford Wednesday, February 24, 2020, in downtown Lafayette, La.

Other cities in Louisiana and similar-sized cities in the region charge similar hourly rates to park as Lafayette, but many have a more modern system that makes it more user-friendly, a survey shows.

The Acadiana Advocate surveyed other cities in Louisiana and five cities in states along the Gulf Coast to see how they handle parking amid the current discussion on what is next for parking in downtown Lafayette. Some cities charged $1 per hour while others, including three surveyed in Texas, do not have parking meters but have more options for surface parking and parking garages.

Other cities, such as Shreveport, have easier means of payment through technology, including the Parkmobile app.

The topic of parking will be the biggest issue in 2021 for the Downtown Development Association, which said last month it would take the lead on the issue. It spilled over into the public discussion when Lafayette Consolidated Government trucked in a plan to double the rates from 50 cents to $1 an hour and increase enforcement to 24 hours a day.

Those proposals were walked back by Lafayette Parish Mayor-President Josh Guillory days after the initial announcement last month.

Downtown Lafayette officials want to set up a steering committee regarding parking downtown and establish a parking benefit district.

“(Parking) is a huge perception issue we’ve dealt with going back to the formation of the DDA (in the 1980s),” CEO Anita Begnaud said. “People were concerned about parking back then. It will continue to be a topic of discussion. Parking is huge part of the experience of coming downtown. We’ve got to get it right.”

Residents remain confused on the issue, even despite LCG’s decision to not go forward with the measure, she said. Others have asked why the topic was brought up and what would an increase in funding be used for.

Revenues from parking meters downtown go to LCG’s parking department, Begnaud said, with excess going into LCG's general fund. Data shows revenue collected grew each year from $661,866.75 in 2015 to $840,079.10 in 2019 before dropping significantly in 2020 because of the pandemic.

Other cities, including Greenville, South Carolina, and Little Rock, Arkansas, put the money back into the parking system. In New Orleans and Mobile, Alabama, revenues go into the general fund.

No cities surveyed enforce parking 24 hours a day. Very few cities in the country do that, Begnaud said. In Austin, with its vibrant night life, parking is enforced some nights until midnight, its website indicates.

The proposal to raise the hourly parking rates downtown and increase enforcement to 24 hours a day is dead, a Lafayette Consolidated Governmen…

Begnaud said her agency is pursuing a parking benefit district, a system that would dedicate the revenue collected from parking to be used downtown. Other issues remain, including the Buchanan Street garage, which is unavailable, and the Vermilion Street garage, which does not have a working elevator.

“People have said, ‘Make it easy to take my money,’” she said. “The technology is lacking, and the experience is not great. I think people want to have a better understanding and want to believe their money is going to an experience that makes it easier to park and a nice entry way to come and do business downtown.”

Here are how other cities in Louisiana and some others in the region do parking:

How they do parking: The city also agreed to buy smart parking kiosks that will accept credit cards and offer payment via an app. It will also contract out enforcement to FlowBird, a New Jersey company that specializes in parking and public transportation. It has 11 parking garages with various rates, about 15 surface lots and a free trolley service that runs about every eight minutes and has 20 stops.

“The opportunity to make parking a more positive experience for visitors is exciting,” said Gabriel Vicknair, assistant executive director of the Baton Rouge Downtown Development District. “We hope that the more flexible payment options and better turnaround will be an overdue though welcomed improvement for downtown.”

Cost to park: $2 an hour everywhere except the French Quarter, Marigny, Central Business District and Warehouse District, which are $3 hour.

Enforcement: 8 a.m to 7 p.m. Monday through Saturday. Free on Sundays.

Where the money goes: Into the city’s general fund.

How they do parking: The city also offers the Parkmobile app to add more time on the meter or pay by phone with a 35-cent fee. It also has 77 garages and parking lots with various rates.

How they do parking: Payment can be made by coinage or the Parkmobile app. Free parking is available but less convenient, as it could be blocks from someone’s destination. There are at least 20 parking garages and three are free to park.

How they do parking: Downtown Monroe has no parking meters and offers free on-street parking. There are also no public parking garages, except for employees or privately owned.

How do they do parking: Free on-street parking and no parking meters. They have three or four private garages, and parking is by appointment only.

How they do parking: No meters since a few years ago. Most spots are free with a two-hour limit. The city has no garages downtown but does have four parking decks connected to private buildings.

Enforcement: Parking along Austin Avenue, a main artery in the city’s downtown shopping district, has a two-hour limit.

How they do parking: The city has at least two public parking garages and also offers a free trolley service downtown that will resume once COVID-19 restrictions allow. Most of its public parking is funding through Tax Increment Financing grants. While city officials have heard concerns over parking downtown, only 29% of respondents in a recent survey indicated they had difficulty parking downtown. But given the number of tourists in downtown Waco, parking is something city officials “always have an eye on,” a spokesman said.

Cost to park: Free for the first hour, $2 for a second hour, $1 an hour after that with a daily maximum of $7

Enforcement: No enforcement during evening hours or weekends

Where the money goes: Into an enterprise fund that pays for garages, equipment, operations maintenance and other items, parking services manager Pam Corbin said.

How they do parking: The city has 14 parking facilities as well as on-street parking, and many downtown merchants provide free or discounted garage parking for their customers. It also offers night owl parking from 4 p.m. to 6 a.m. Monday through Thursday and 4 p.m. to 6 a.m. Friday through Monday at $36/month. Two parking decks charge $1 per hour with a maximum of $7

Cost to park: $1 for one hour, but some streets have free parking with a two-hour limit

Where the money goes: The city’s general fund

Cost to park: $1 per hour, but some prices vary. Pay and display meters are $1.25 per hour

Where the money goes: Parking revenues generally go to pay for the parking garages at Second and Main streets, the primary parking for the city’s downtown convention center downtown and entertainment district, a spokesman said.

How they do parking: Meters also accept credit cards.

Acadiana Business Today: How does Lafayette's downtown parking compare to others? Lack of technology might be biggest difference

The University of Louisiana at Lafayette lost more than 600 students, year over year, in this second, consecutive full COVID-19 affected acade…