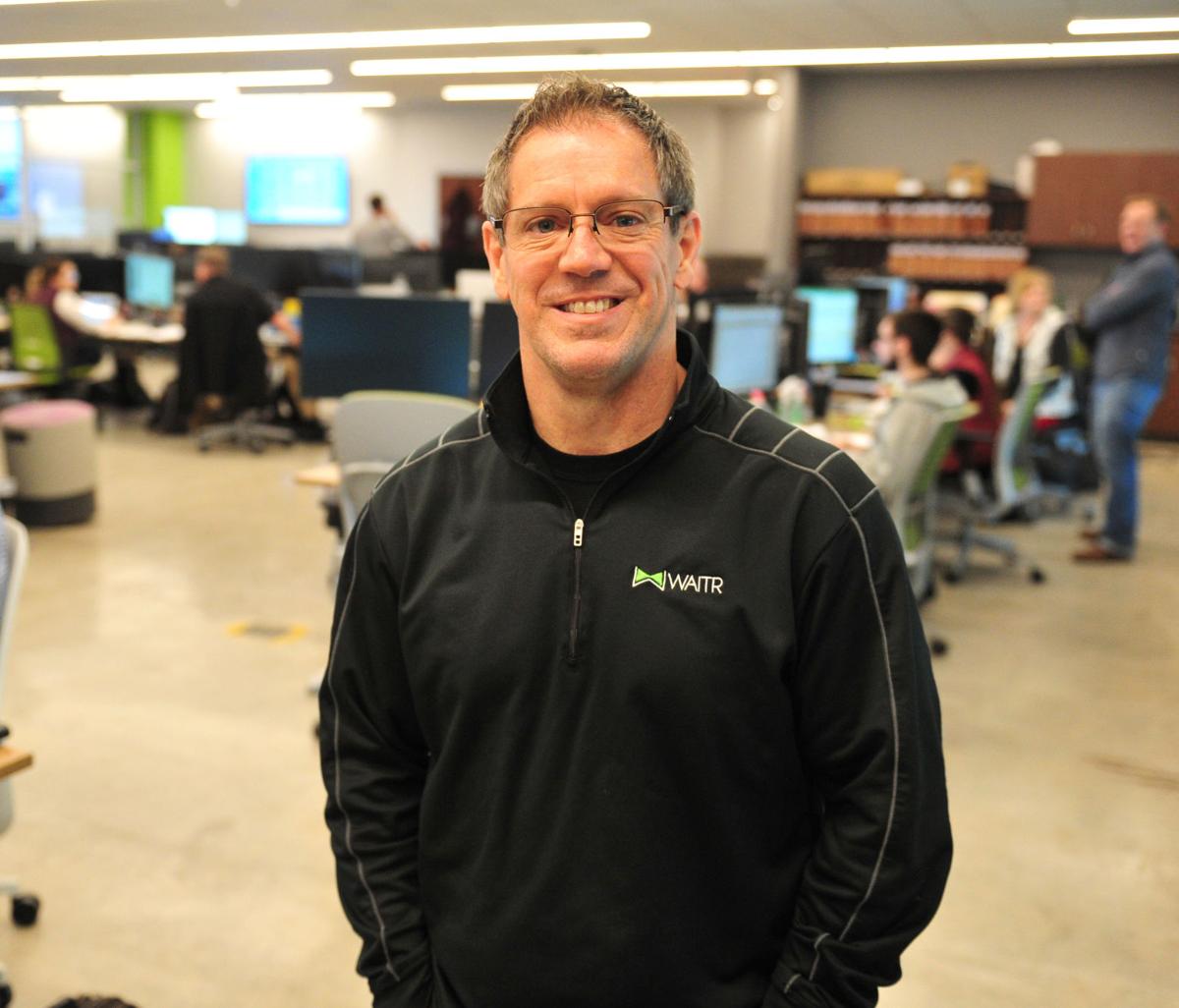 Chris Meaux, founder and chief executive officer of Louisiana-based Waitr, has grown the food delivery company across the Southeast to include more than 9,000 employees. The company went public through an acquisition by a Texas billionaire for $308 million and recently made a $321 million acquisition that doubles Waitr's footprint. 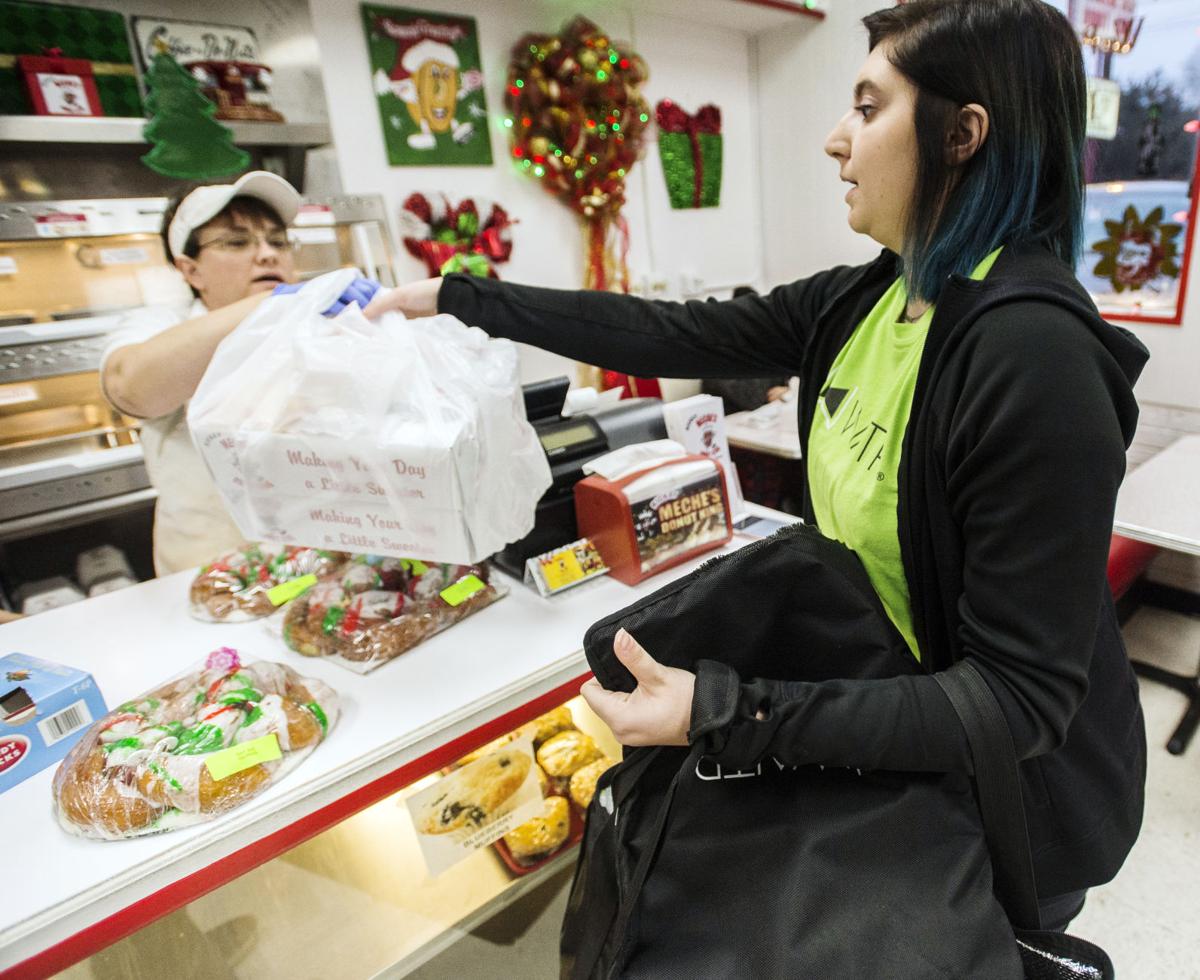 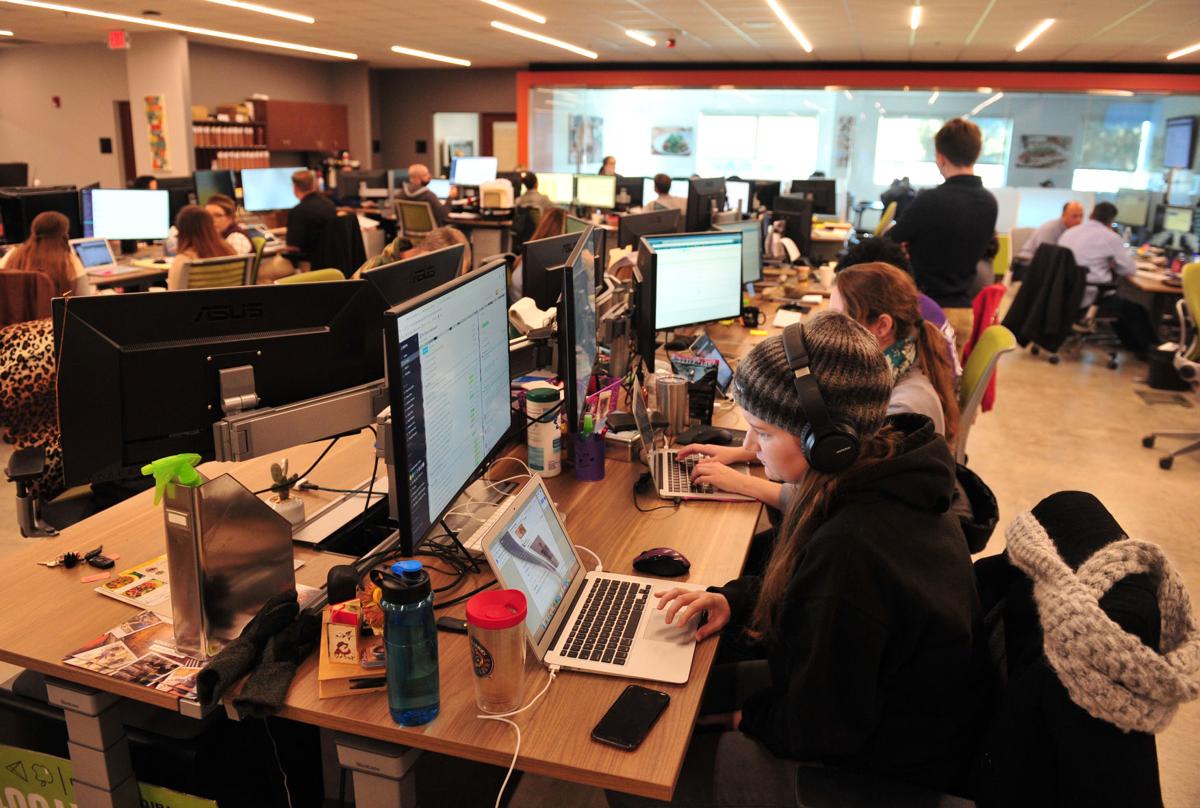 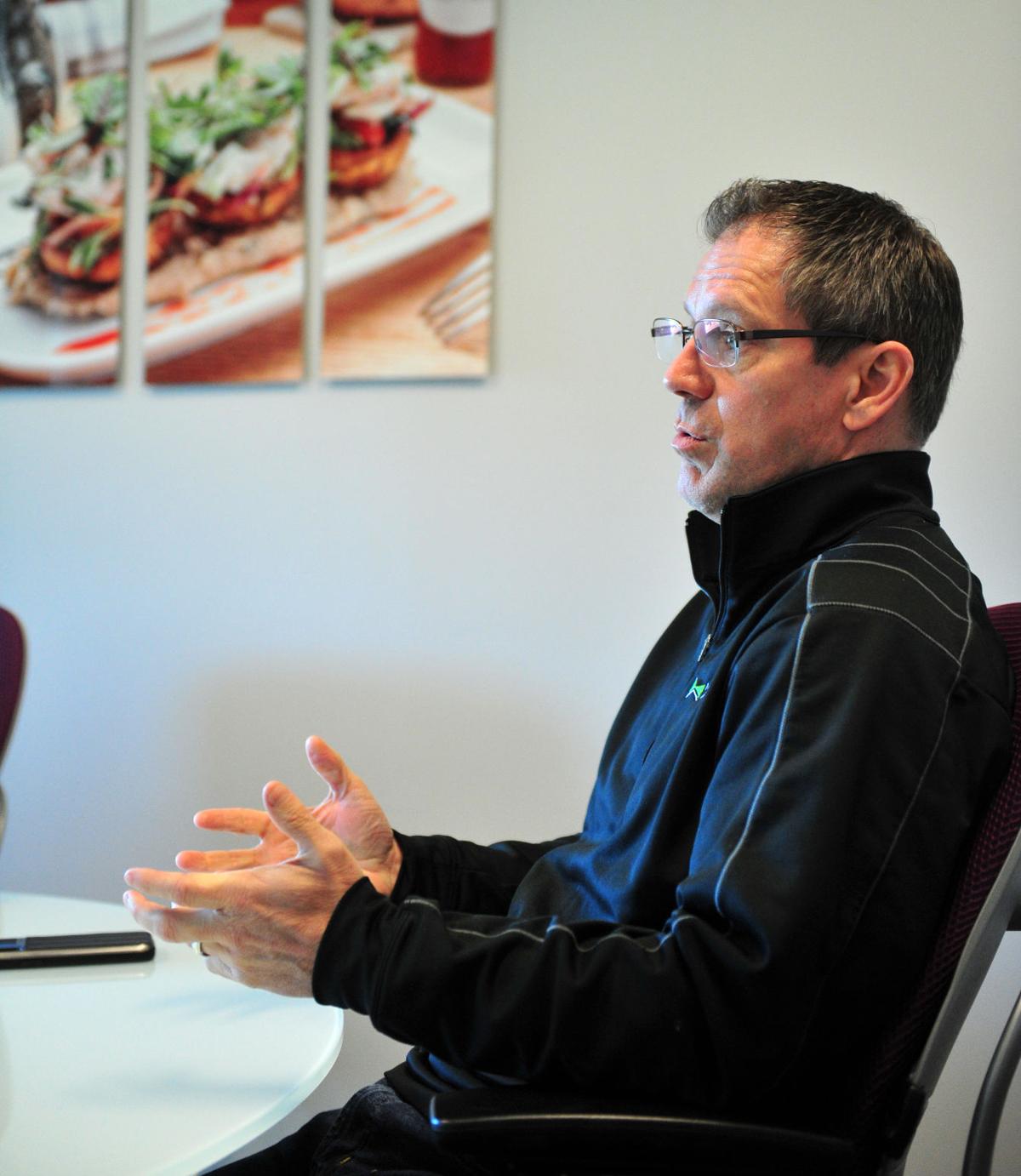 Chris Meaux, Waitr founder and CEO, talks about his business, at the Waitr offices in Lafayette. 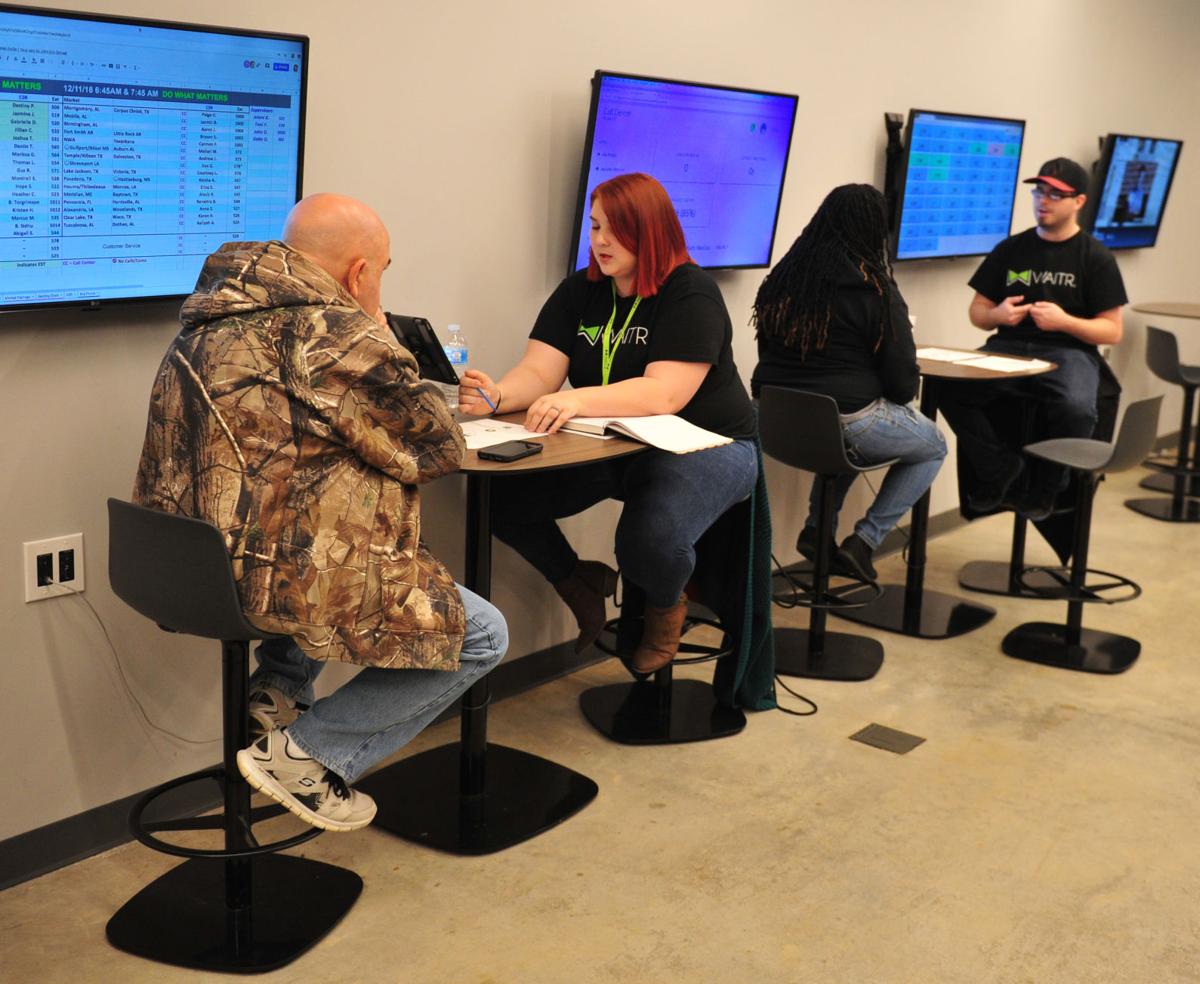 Waitr employees interview potential drivers on at the Waitr offices in Lafayette. 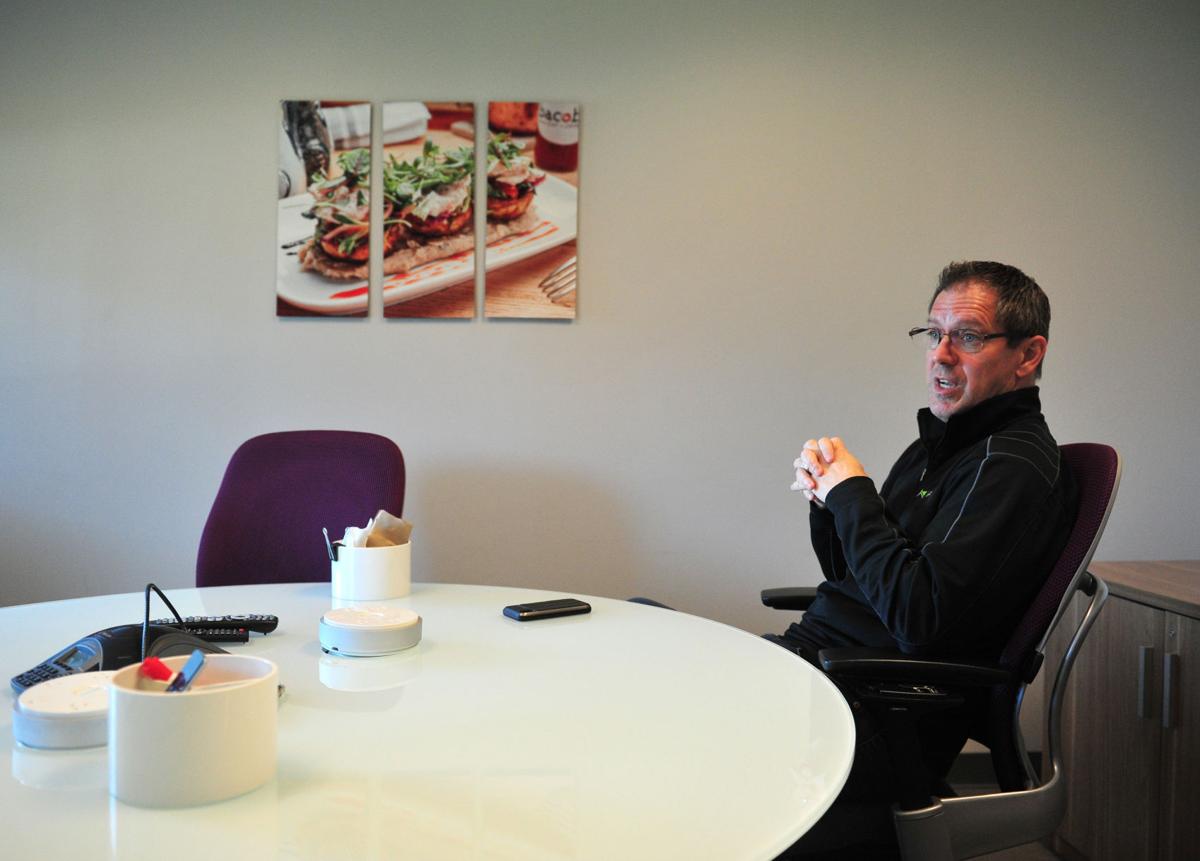 Chris Meaux, Waitr founder and CEO, talks about his business at the Waitr offices in Lafayette. 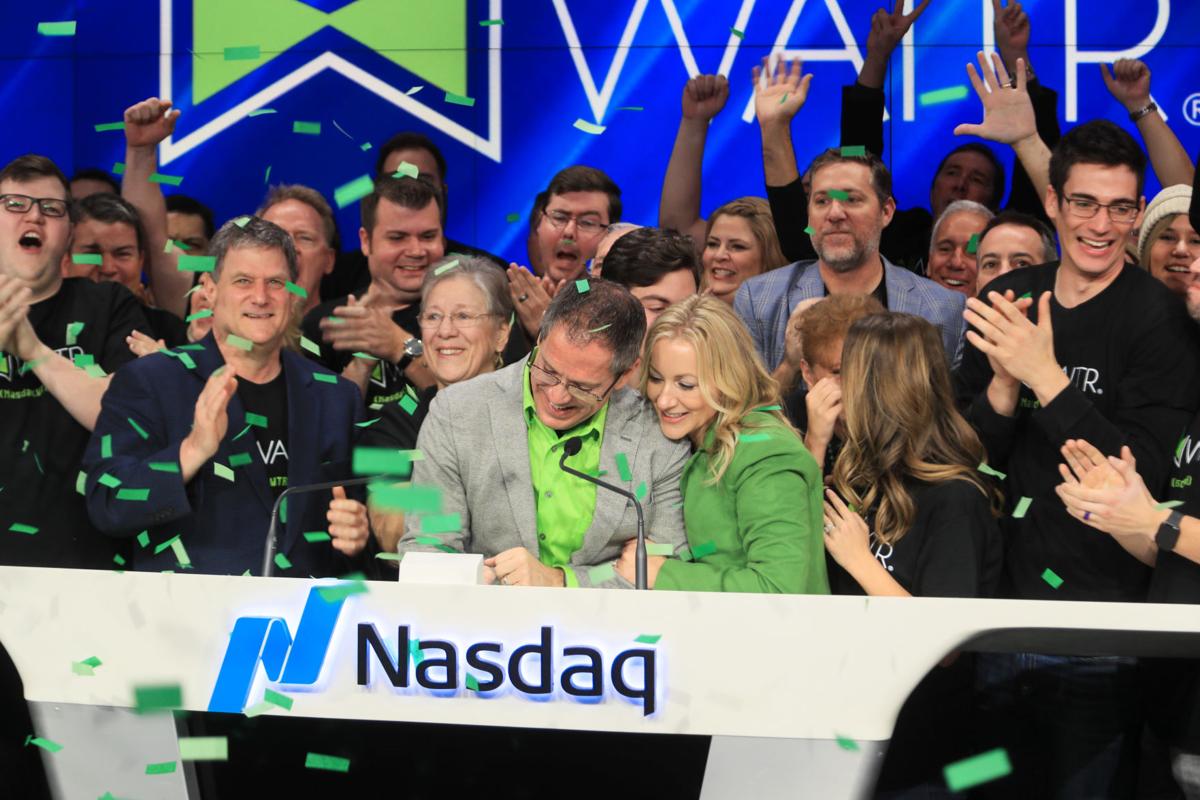 Waitr CEO and founder Chris Meaux participates in the opening of trading at the Nasdaq stock exchange in November after the company went public through an acquisition by a company owned by a Texas billionaire. Since then, the company's stock has dropped to its 52-week low.

Chris Meaux, founder and chief executive officer of Louisiana-based Waitr, has grown the food delivery company across the Southeast to include more than 9,000 employees. The company went public through an acquisition by a Texas billionaire for $308 million and recently made a $321 million acquisition that doubles Waitr's footprint.

Chris Meaux, Waitr founder and CEO, talks about his business, at the Waitr offices in Lafayette.

Waitr employees interview potential drivers on at the Waitr offices in Lafayette.

Chris Meaux, Waitr founder and CEO, talks about his business at the Waitr offices in Lafayette.

Waitr CEO and founder Chris Meaux participates in the opening of trading at the Nasdaq stock exchange in November after the company went public through an acquisition by a company owned by a Texas billionaire. Since then, the company's stock has dropped to its 52-week low.

Chris Meaux sat in a small conference room at Waitr’s Lafayette offices on a recent Tuesday, flipping through an old composition notebook, looking for the pages where he sketched out the early ideas for the company more than five years ago.

He took his time, savoring the nostalgia of his old journal entries. Finally, he arrived at his notes from 2013, where he had drawn outlines of smartphones and jotted down ideas for his food service app. One page had two words scribbled across it: “FOOGLE IT!”

“Glad we didn’t use that name,” Meaux said.

Meaux, 50, is just five years removed from launching the food delivery startup alongside four co-founders in what he described as a windowless, “cinder-block” room in a business incubator in Lake Charles.

In that time, the company has grown at a frenetic clip, surpassing revenue projections and rolling out in city after city in Louisiana and across the Southeast. As of the beginning of December, it had more than 9,000 employees, including 400 in corporate offices, like the one on the first floor of The Daily Advertiser newspaper building in Lafayette, where he and his leadership team are based.

Last month, the company went public on the Nasdaq stock exchange after being scooped up by Texas billionaire Tilman Fertitta’s Landcadia Holdings for $308 million. For most of December, Waitr has had a market capitalization of more than $600 million, and it recently acquired a rival, Bite Squad, for $321 million, doubling Waitr's footprint.

But in 2013, Waitr was a few ideas in Meaux’s notebook, where “Foogle” was a combination of “food” and “Google.”

It had been more than a decade since Meaux founded a web development startup that crashed and burned during the dot-com boom. Re-energized, Meaux took his notebook to Gainesville, Florida, in October of that year, determined to take part in startup weekend, where entrepreneurs pitch new ideas and create prototypes for new businesses. His parents, who were also in Florida visiting Meaux’s sister, let him stay in the family RV during the startup weekend so he could save money.

Addison Killebrew and Evan Diaz de Arce, at the time 19- and 21-year-old University of Florida students, respectively, also had found their way to the event that weekend. Killebrew, after consternation over the event’s price tag, finally pulled the trigger. Once at the event, he met Diaz de Arce, a senior who was there trying to “talk (his) way into a job.”

"I was getting close to graduating and I didn't have a job lined up," Diaz de Arce said. "I didn't think I was going to start a company that night."

Killebrew and Diaz de Arce soon found themselves on a team of entrepreneurs that included Meaux and began working on an idea for a mobile app that would let users order food while at a restaurant. They won.

Meaux, Killebrew and Diaz de Arce quickly linked up with Adam Murnane, a McNeese student at the time, and Manuel Rivero, an alumnus.

The five set out to build the service. After a few months of talking with restaurateurs and potential customers, Killebrew said they realized the bigger opportunity was in the food delivery space. By 2015, they were delivering meals from restaurants in Lake Charles, where the company is based.

But raising money was tough, Meaux said. He traveled all over the country, visiting venture capital groups in Austin, Texas; Houston; Boston; and Silicon Valley to try to raise funding. Invariably, Meaux said, they liked the idea, but were sure he wouldn’t be able to hire enough software engineers based in Louisiana to build it. He had to move to a larger, more tech-savvy city, they said.

Meaux, a native of the small Acadia Parish town of Estherwood, already had spent years living outside the state after graduating from LSU and was ready to come home for good. So he turned to a series of angel investors and wealthy people in places like Lake Charles, Lafayette and Baton Rouge, and eventually raised $26 million.

“I didn't want to have to do this somewhere else,” he said. “I wanted to do this in Louisiana.”

Waitr is in the midst of deploying what Meaux calls the “Walmart strategy,” rolling out in small to medium-sized cities throughout the Southeast in an effort to build name recognition.

The company is not yet profitable, but Meaux said he’s more concerned with growth right now. Eventually, once the company scales up, it will turn a profit, he said.

Going public gave Waitr access to large amounts of capital, and just weeks after it began trading on the Nasdaq, the company made its first acquisition, Minneapolis-based Bite Squad. The deal put Waitr in 300 new cities overnight, doubling the company’s footprint. It's also now in 22 states.

But in the long term, Meaux sees a larger opportunity than simply delivering food.

Restaurants use vendors for five main services that Waitr could get involved with — point of sale, credit card systems, table management, loyalty programs and delivery.

“In the next five years, those are going to be provided by one vendor,” Meaux said during a recent keynote address at Baton Rouge Entrepreneurship Week. “And I want that vendor to be Waitr.”

In the short term, Meaux said the company needs to work out its kinks — and keep growing.

For instance, the company’s largest market, Baton Rouge, is also its most “problematic,” Meaux said.

Those struggles were perhaps most evident on Valentine’s Day in 2017. There was such a huge rush of business that evening and many customers reportedly waited hours for their orders. Things were so bad that Meaux issued an apology.

In 2019, Waitr’s No. 1 goal is making sure customers can order whenever they want, he said.

“Y’all hang with us,” Meaux told the Entrepreneurship Week crowd. “We’re going to get it right here eventually.”

Waitr took a different tack from some in the restaurant delivery space, like Uber Eats and DoorDash, which hire drivers as independent contractors. Instead, Waitr hires its drivers as part-time, and occasionally full-time, employees. On a recent morning in Waitr’s Lafayette office, a steady stream of potential Waitr drivers filtered into the lobby of Waitr’s Lafayette offices for interviews.

For the first 300 to 400 drivers the company hired, Meaux said he personally interviewed each one.

"I held onto control way longer than I needed to, for everything,” he said.

But things have changed in the years since Waitr was a small startup in Lake Charles. There are now thousands of drivers across the country, and Meaux couldn't come close to interviewing them all even if he wanted to. The founders used to spend hours calling restaurants and potential customers to discuss the concept and test out theories. They were the first delivery drivers, customer service reps and customers of the service.

Now, Meaux spends much of his time talking with investors, explaining his vision and strategies for the company.

And he’s had to give up much of the control he held onto early in the company’s existence.

Four years, almost to the day, after the startup weekend in Gainesville, Meaux walked into the weekly Monday morning meeting of executives at Waitr’s offices in October 2017, ready to hear from his team.

At the weekly meetings, called the CEC, or chief executive council, Meaux had a list of people he called on to give presentations about their side of the business.

That day, Meaux called on three executives in a row, asking them to present. Each one said they weren’t ready.

Meaux slammed his laptop lid shut and exploded into a “rant,” he said. He chastised the group for being ill-prepared and accused them of not taking things seriously. He stormed out of the room.

Upon returning, Joe Stough, now the president and chief operating officer, stood up and pushed back. He said the executive team was tired of Meaux telling them how to do their jobs.

Meaux, worried that he might no longer have an executive team in place, left early that day. He issued a mea culpa to his executives. Stough was right, Meaux said, there was no way he could build the company without delegating, and trusting, the rest of his team.

“That was the point where we started moving from being a startup to a company,” he said.

Acadiana Business Today: With more than 9,000 employees, Waitr now poised to be a major player in the restaurant industry; Ollie's Bargain Outlet to move into old Toys R Us space

From ideas in Chris Meaux's notebook five years ago, Waitr now employs more than 9,000 and poised to be major player in the restaurant industry

Chris Meaux sat in a small conference room at Waitr’s Lafayette offices on a recent Tuesday, flipping through an old composition notebook, loo…

Ollie's Bargain Market, a closeout merchandise and excess inventory chain, will move into the old Toys R Us location at 5700 Johnston St. in F…

Amanda Quebedeaux has been promoted to senior vice president and director of loan operations at MidSouth Bank, managing all loan department op…

Who's building where in Acadiana? Check out the building permits for Dec. 10-14

Don't miss these events in the Acadiana and outlying areas of south Louisiana (Dec. 21-27)