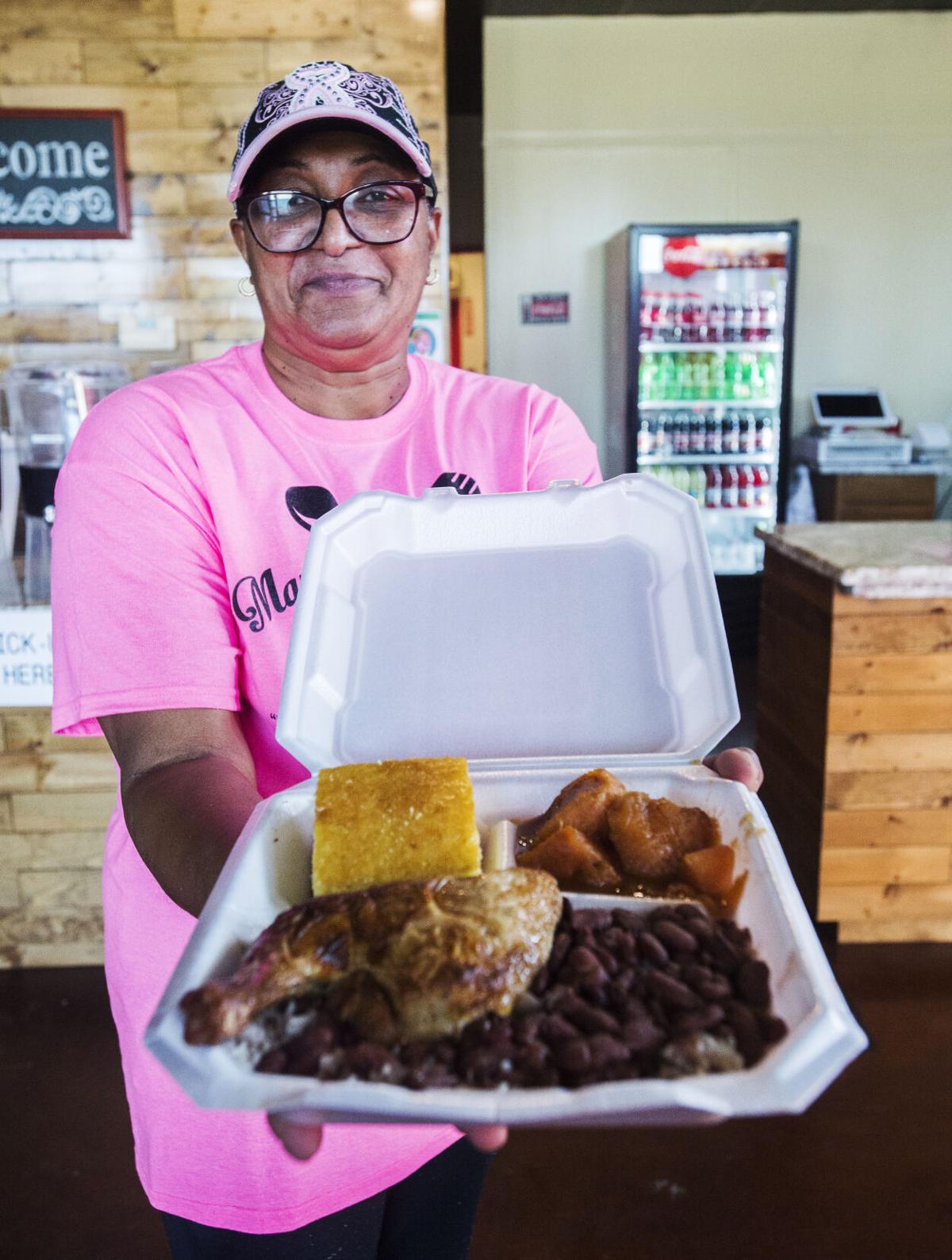 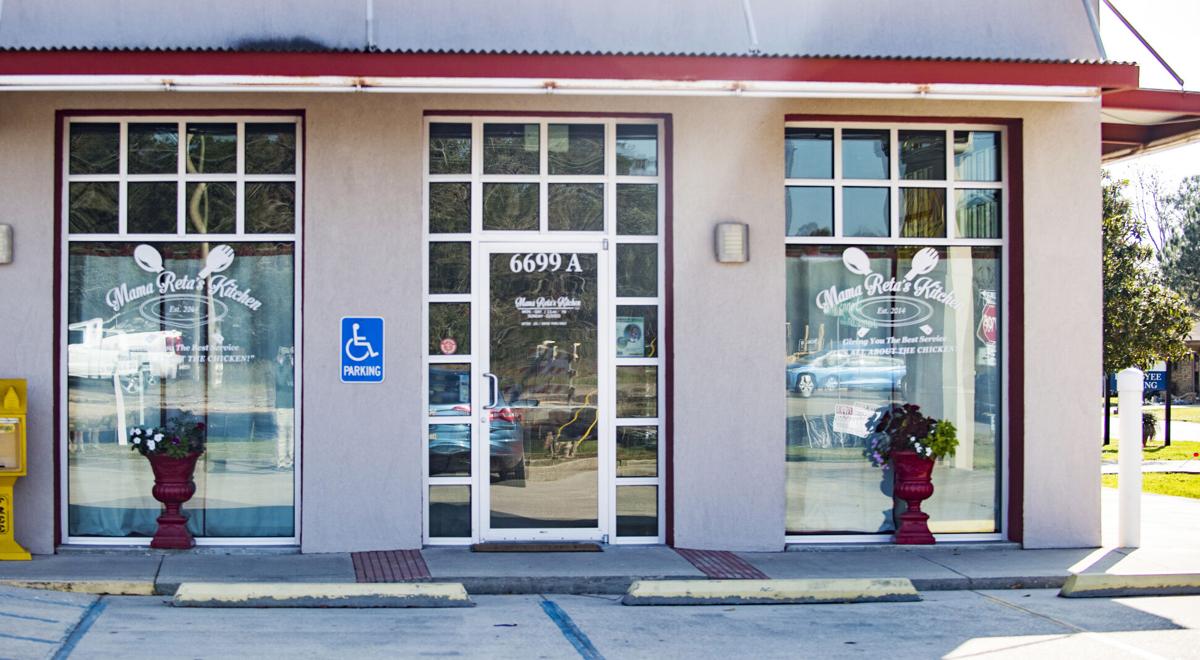 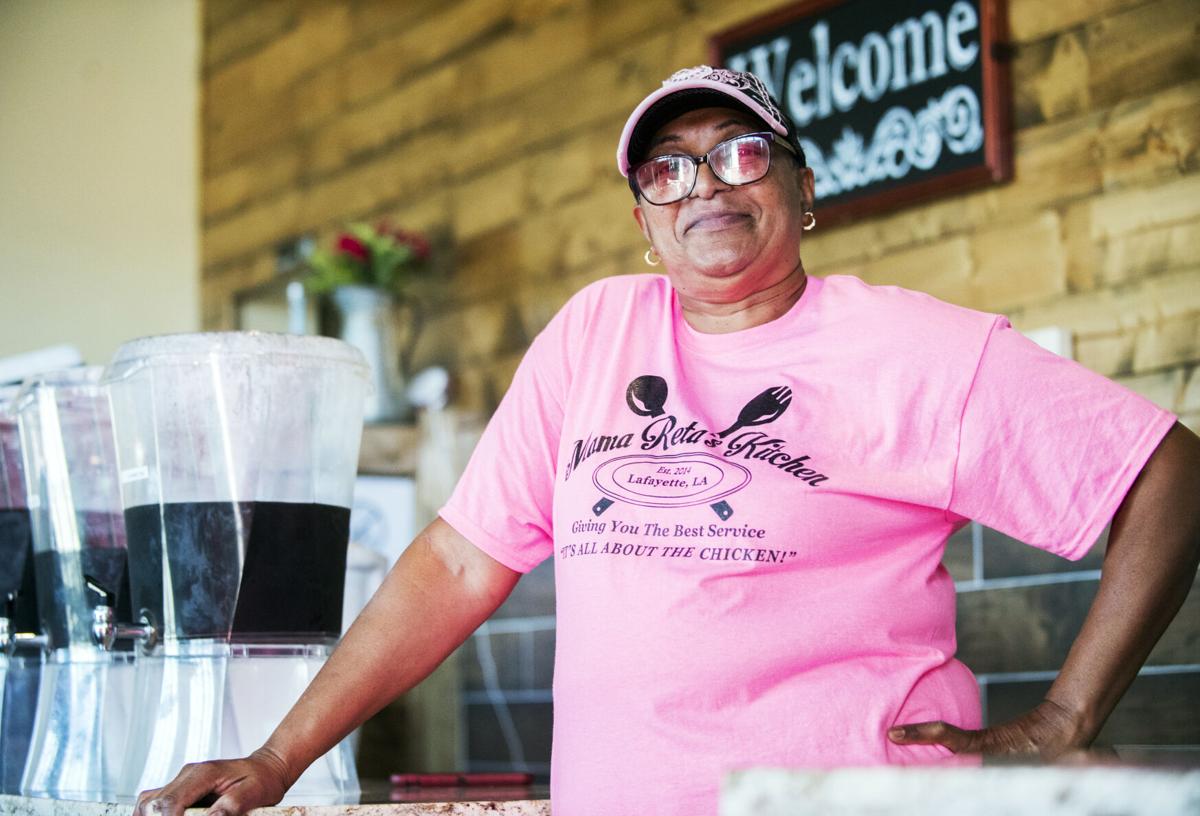 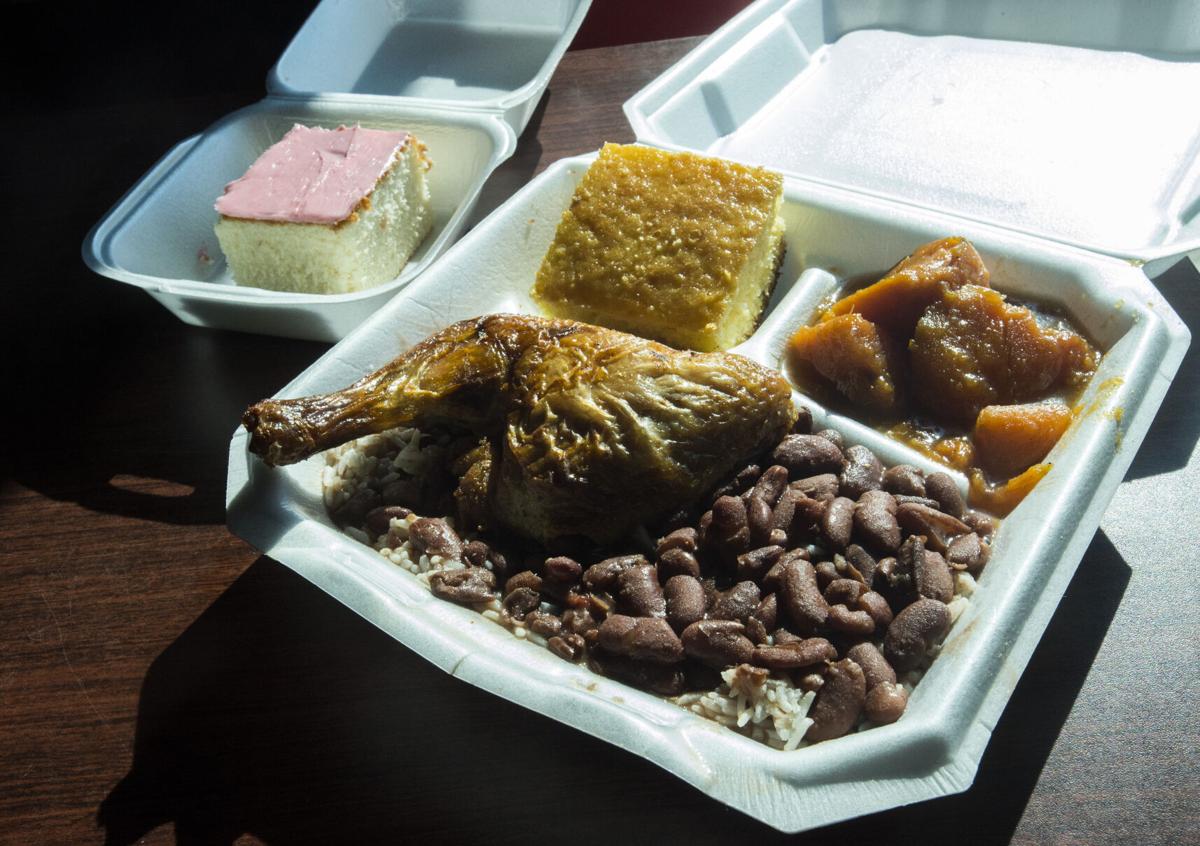 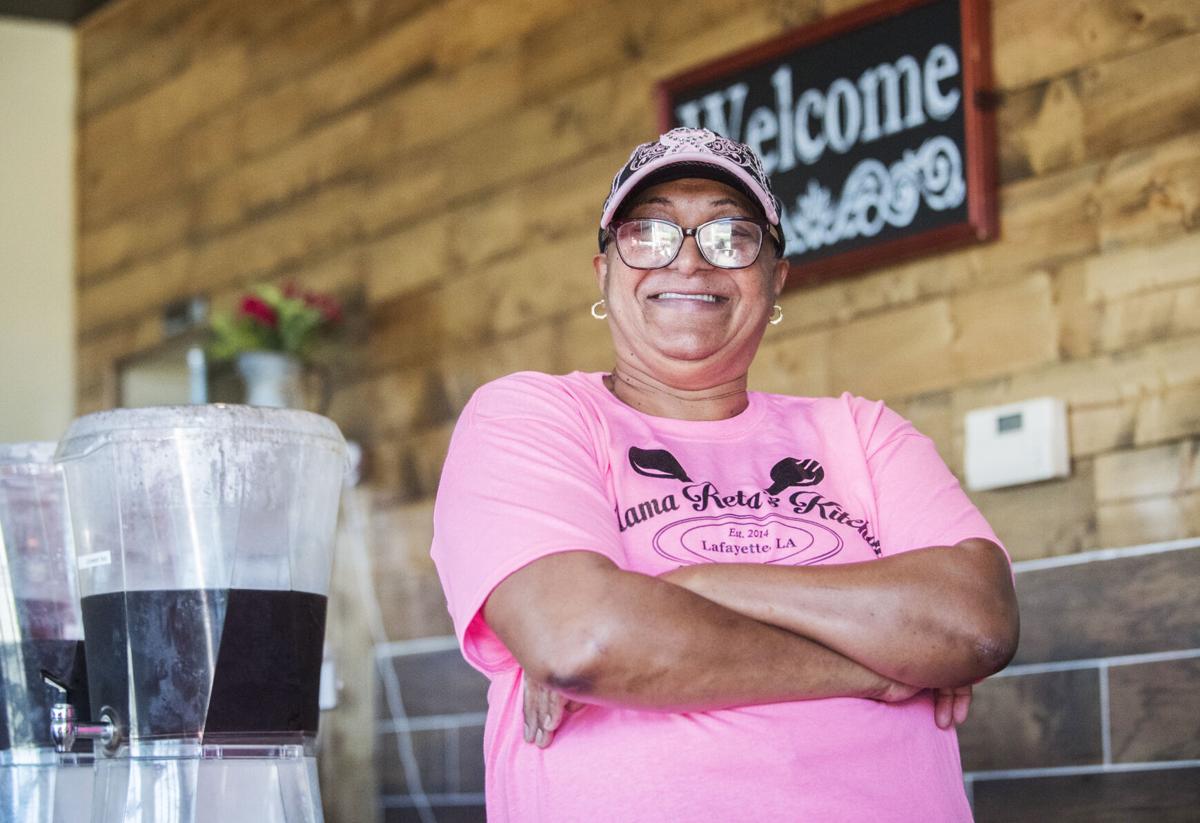 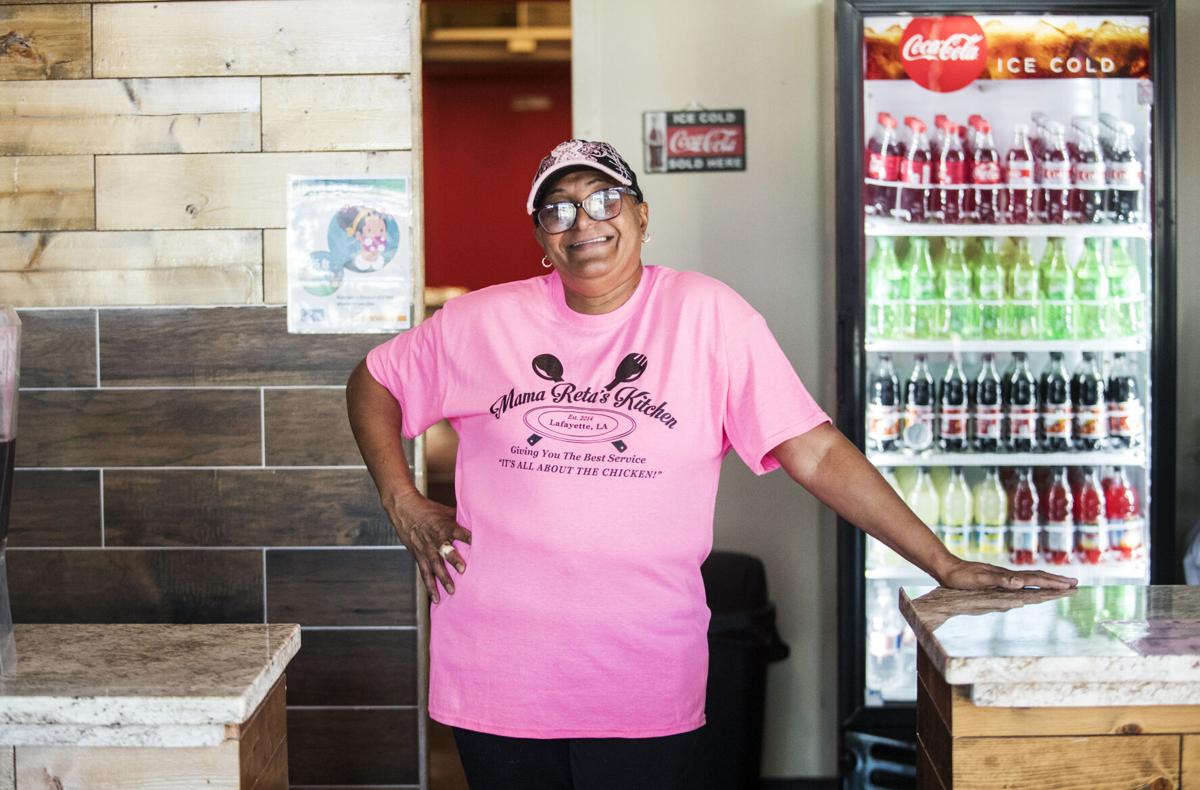 Even amidst a pandemic, two hurricanes and whatever else 2020 has in store, the vision Reta Durgan had for her Mama Reta’s Kitchen is still unfolding.

While most may see evacuating from a hurricane and being forced into relocation as a setback, Durgan said her move has brought her closer to her dream soul food restaurant, and even closer to God’s plans for her.

In September, Durgan opened Mama Reta’s Kitchen in the space that recently housed Wok 'N Roll at 6699 Johnston St. in Lafayette. Her restaurant on Broad Street in downtown Lake Charles was destroyed by Hurricane Laura.

She and her family initially evacuated to Gonzales and came back to find not much left of her home or her restaurant.

“Everything was just devastated,” Durgan said.

Like many evacuees from the Lake Charles area, she and her family found housing an hour east in Lafayette to be close enough for her to keep an eye on the cleanup in Lake Charles.

That’s when she then stumbled upon a temporary location to operate the restaurant until she can return to Lake Charles.

“I didn't come here to look for a business,” she said. “I didn't move here for that particular reason, but it was a blessing in disguise.”

Durgan’s restaurant dates back to 2014, after her fight against breast cancer, when she began making homestyle soul food. She credits God with her restaurant’s success, saying she had always wanted to open her own kitchen after years working in the restaurant business but God gave her the right place and time.

“I had been planning it for years...but every time I tried to do it on my own God shut the door,” Durgan said. “I look at like this: He was telling me, wait, not yet, I have to hear you first.”

In her initial vision for the restaurant, Durgan said she dreamed of having a drive-thru style location, but that wasn’t possible at her Lake Charles location. But now in Lafayette, her place has a drive-thru and a small indoor dining space.

“This is what I really wanted,” she said. “I wanted to downsize, and God gave it all to me, what I wanted.

“I love what I do. I love people. I love cooking. This is a passion. I come here at 6 in the morning by myself, and my first worker doesn’t get here until 10. So that should tell you something right there.”

Since opening in Lafayette, Durgan said she has met new customers along with old customers from the Lake Charles location. Some have even driven from Lake Charles to Lafayette on the weekend to eat at her new location.

She has continued her customer’s favorite thing about her food — the homecooked flavor — with many saying it feels just something their grandmother or mother used to make.

“I love [Lafayette], the city, the neighborhood, the family," she said. "People here are friendly and you know the hospitality. They’ve come in here and welcomed me.”