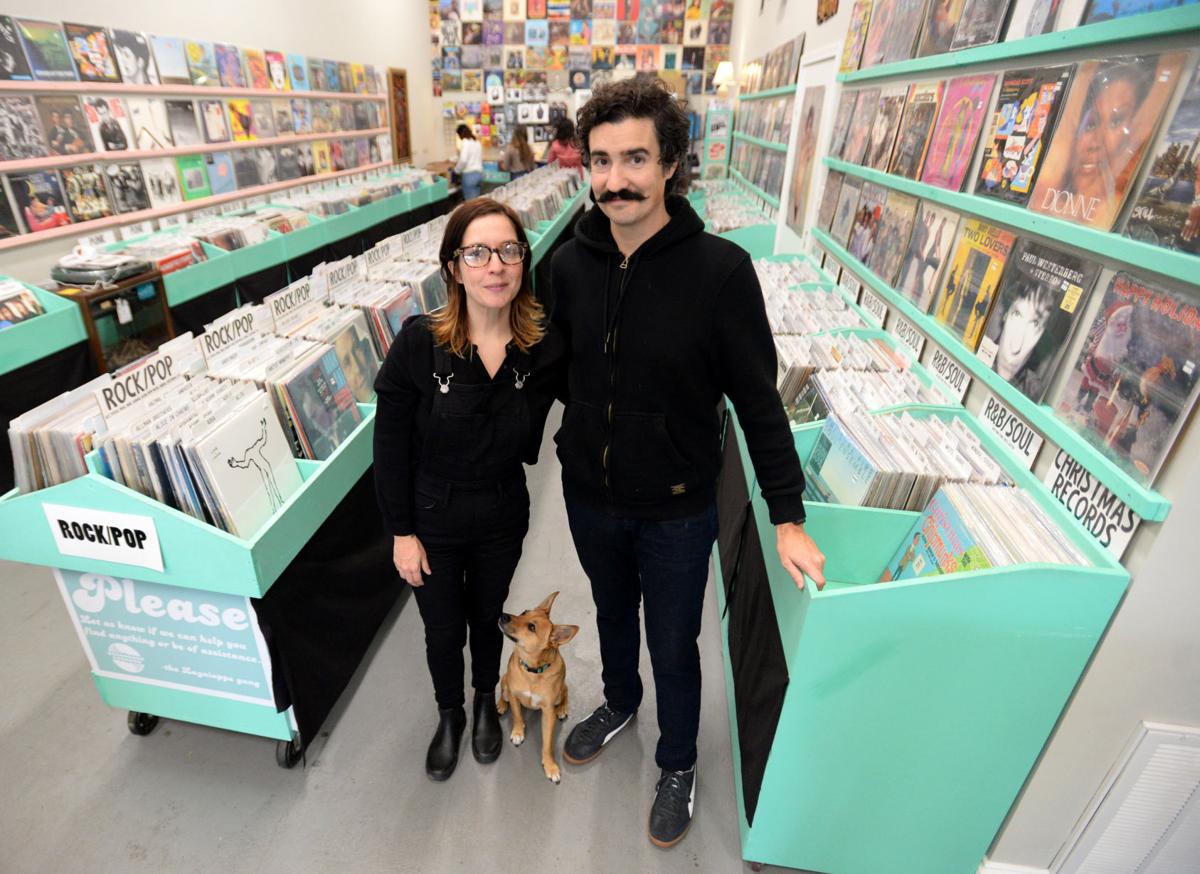 The team behind Lagniappe Records is, from left, Tess Brunet, Desmond the dog and Patrick Hodgkins. (file photo) 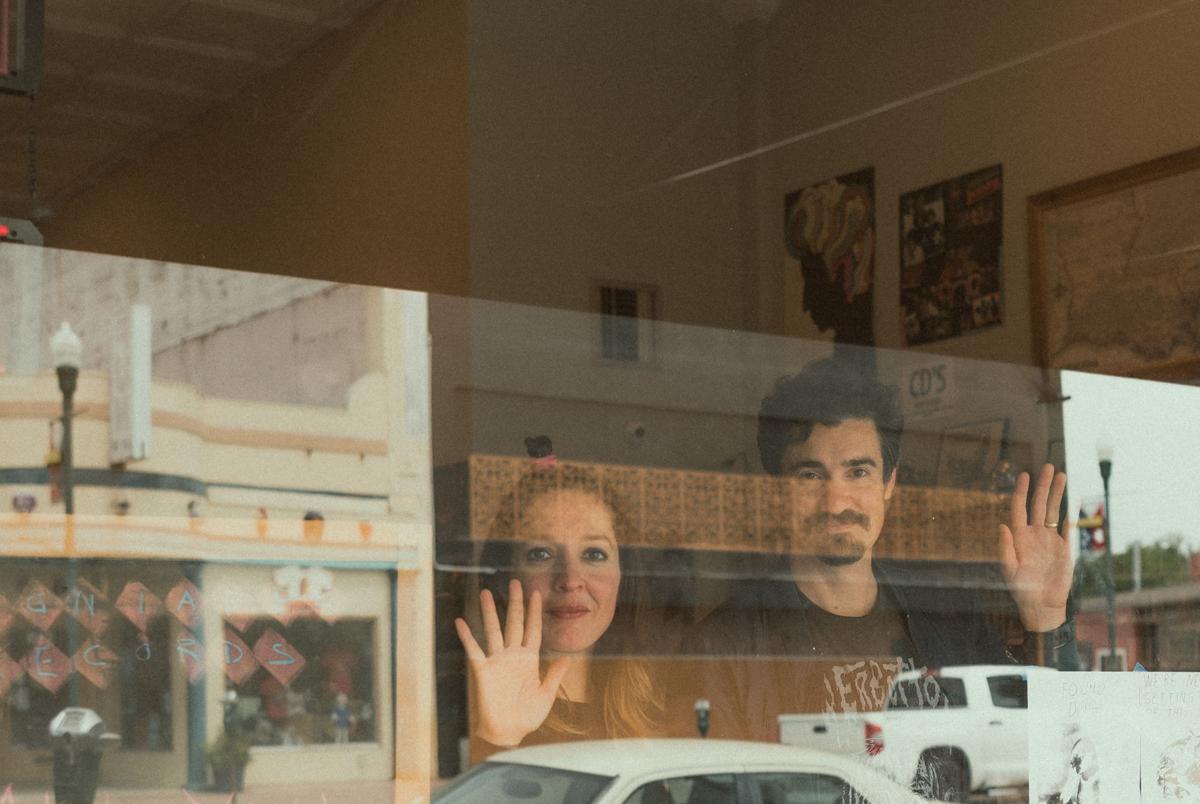 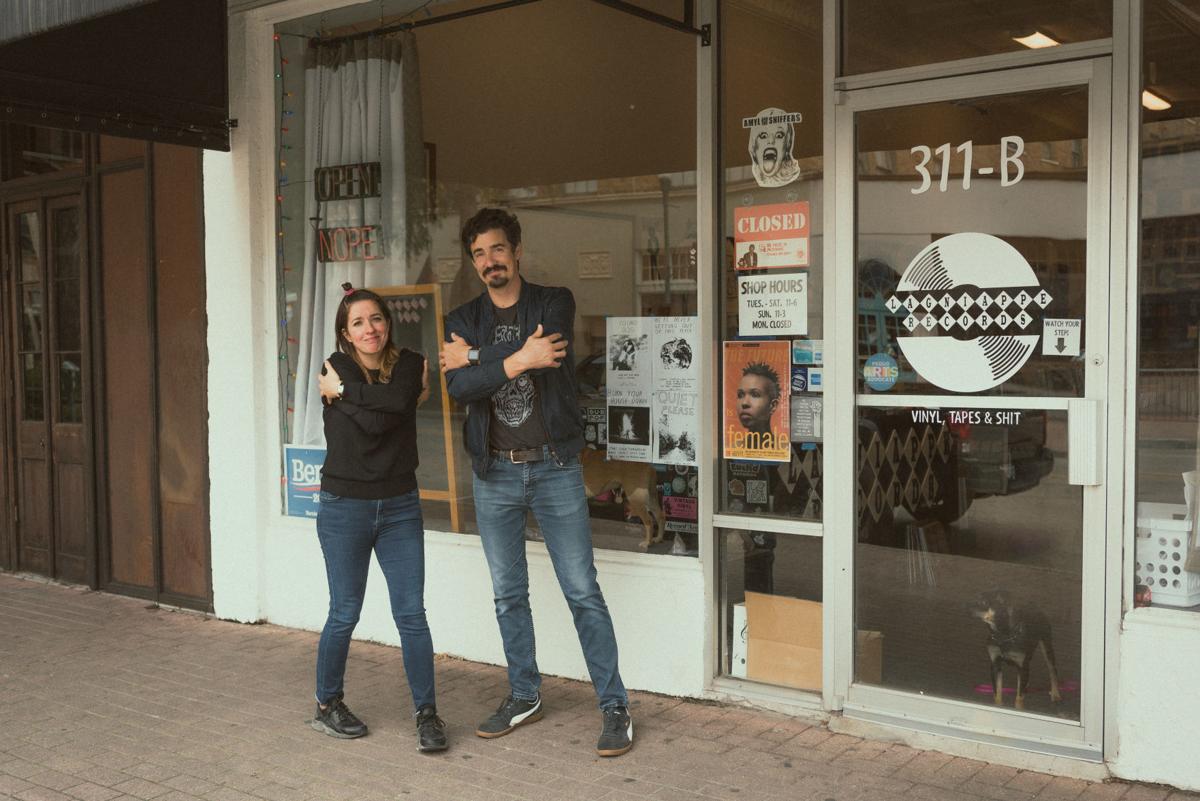 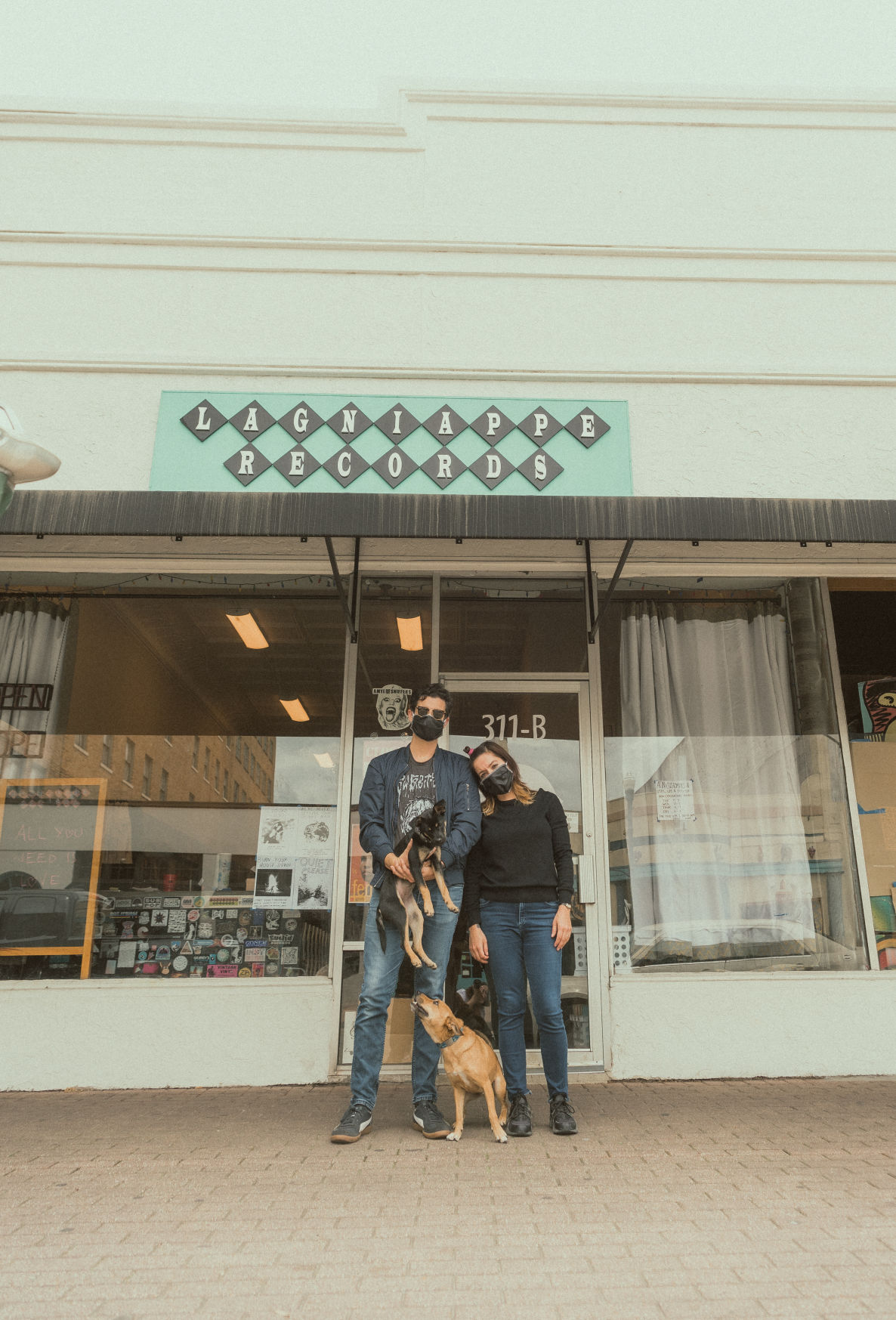 Co-owners Patrick Hodgkins and Tess Brunet are pictured with their dogs at their downtown shop, Lagniappe Records. 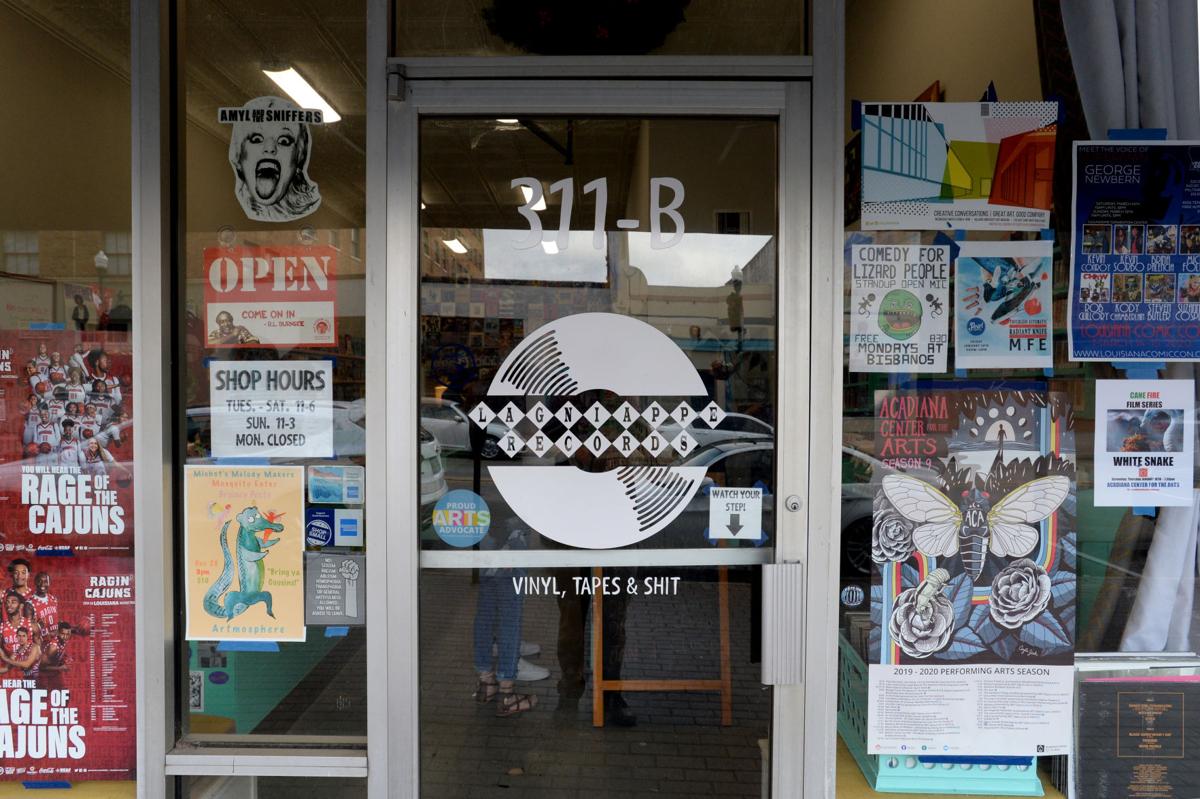 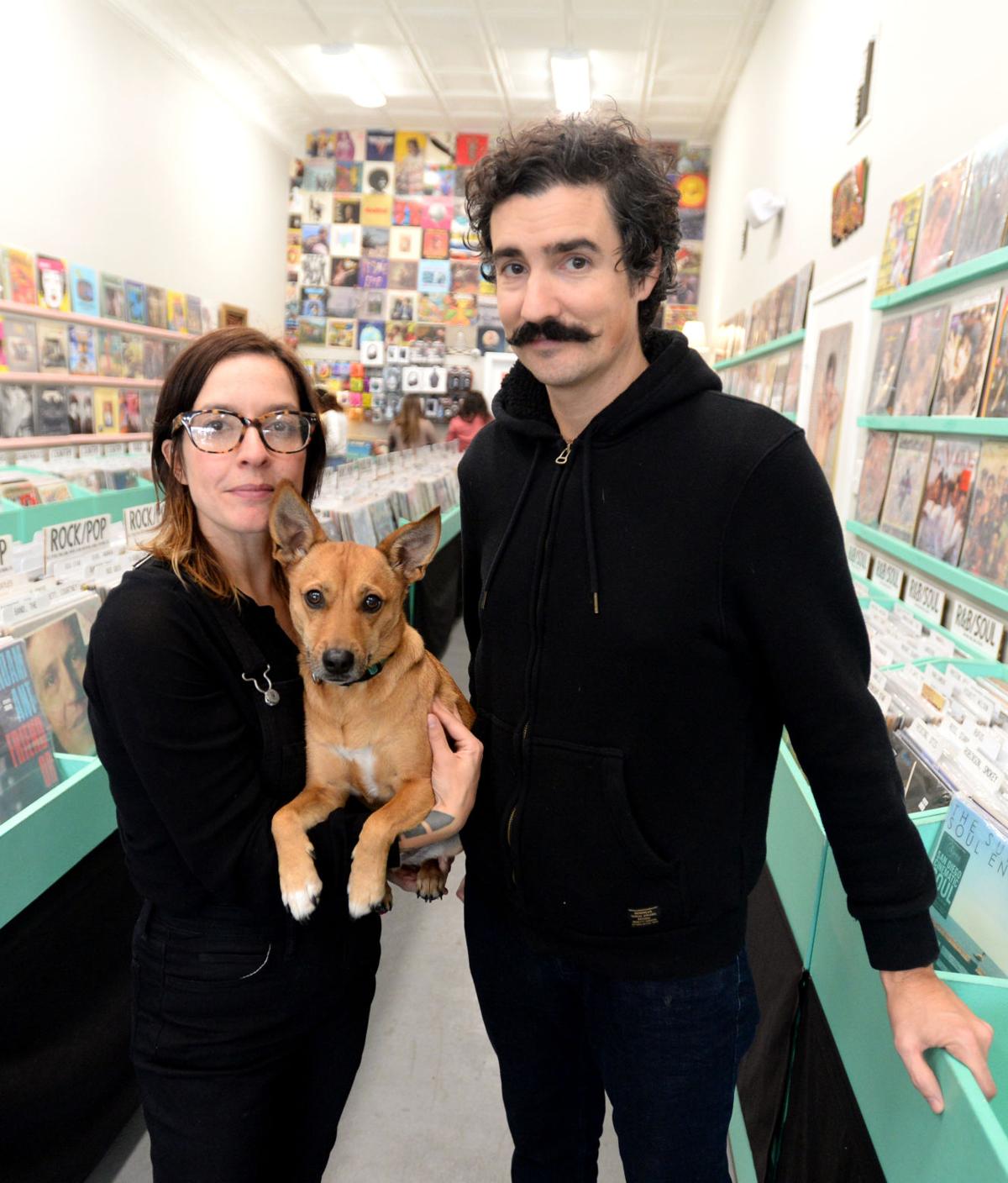 The team behind Lagniappe Records is, from left, Tess Hodgkins, Desmond the dog, and Patrick Hodgkins. 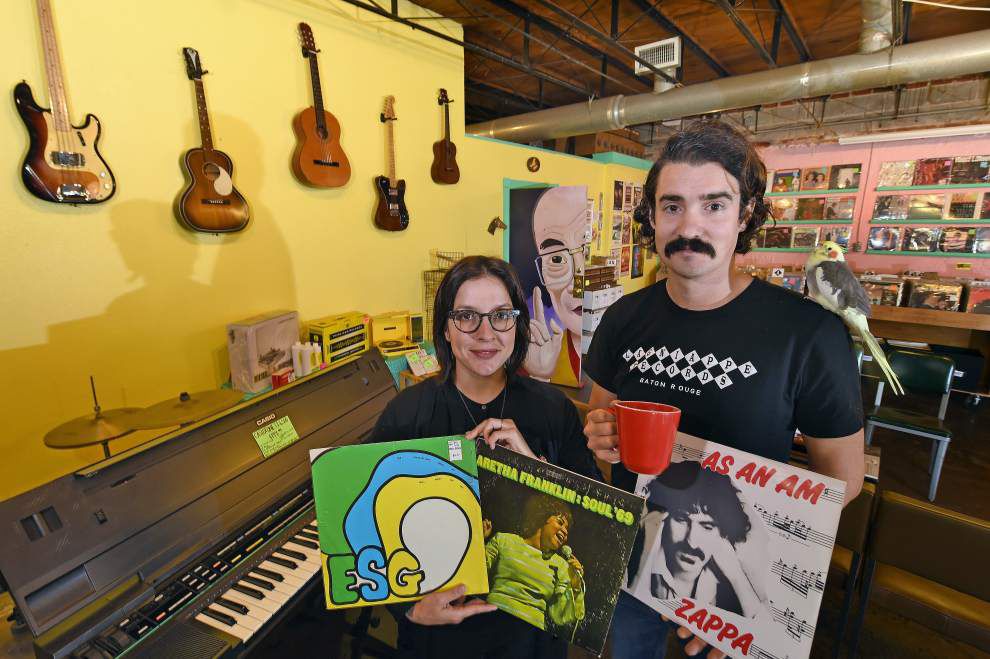 The team behind Lagniappe Records is, from left, Tess Brunet, Desmond the dog and Patrick Hodgkins. (file photo)

Co-owners Patrick Hodgkins and Tess Brunet are pictured with their dogs at their downtown shop, Lagniappe Records.

The team behind Lagniappe Records is, from left, Tess Hodgkins, Desmond the dog, and Patrick Hodgkins.

Tess Brunet is taking a much-needed break to focus on her mental wellbeing after a trying holiday season at her downtown record shop during the fifth wave of the pandemic.

Brunet announced in a Tuesday Facebook post that she would close Lagniappe Records for a week after some customers were verbally abusive and one physically assaulted her when she reinstated a masking policy as coronavirus cases skyrocketed in Acadiana. She plans to reopen next Wednesday.

"We're just asking you to wear a mask when you are inside. None of the rest of it matters when you're in our store," Brunet said in a phone interview. "There are some regulars who don't buy into the whole mask thing. Some are anti-maskers or anti-vaxxers, but they respect us and they wear a mask and they're friendly with us. It's when you cross a line and you treat someone like sh-- because you feel entitled to — to verbally abuse someone or physically assault someone — that it's toxic."

One day while assisting customers during the busy holiday season, Brunet said another customer entered the shop and asked if he had to wear a mask. Yes, Brunet told the man. He told her he was going to come in the store without a mask and, when she approached him in an attempt to enforce her shop's policy, the customer became hostile.

"He was like, 'Are you a communist? A socialist?' At one point he called me a b----," Brunet said. "I was just stunned, and I know not to engage so I was just like, 'You have to leave.' I'm ushering him toward the door, open arms to guide him to the door, and he stepped closer to me in my face and started yelling, name calling. I told him again he had to leave, and as he's passing in front of me and towards the door, he spit at me. I moved my arm in time, but he just missed me. I was prepared for anything because I knew it was getting real hostile."

Consumer spending during the holiday shopping season will likely set records in Acadiana, just like nearly every market is the U.S. is predict…

After he left, Brunet said she immediately locked the doors and addressed the remaining customers inside. Brunet wasn't locking them in, she told them, but trying to protect them after the heated encounter.

"It happened so quickly, and I happened to be working by myself," Brunet said. "Luckily, people clearly saw what went down and took note. They were very understanding and said 'We're very sorry.'"

Brunet said she did not file a police report about the incident.

Although that encounter was the worst of the season, Brunet said she and her employees regularly encountered customers who did not want to comply with the masking policy she reinstated in December as the omicron variant of the coronavirus spread rapidly across the region. Brunet estimates that 10-15% of people who entered the shop during the holiday season acted out against the policy in some way.

Brunet said she is not the only small business owner who has faced aggression while trying to enforce masking without any kind of government mandate. A few business owners reached out to her after seeing her post.

"When we had the (governor's) mandate, it wasn't as bad," Brunet said. "We did get some pushback as well, but it wasn't as bad. You're still going to get some people who come in and scoff or look for conflict, but I think in a much different ratio."

Brunet has a week of self-care activities planned during her time away from the business. During a Wednesday massage, she said she fell asleep on the table because she "needed it so bad."

How I Got Here: Lagniappe Records co-owner Tess Brunet

Tess Brunet is co-owner of vintage records store Lagniappe Records along with her husband, Patrick Hodgkins. The store, which moved from its p…