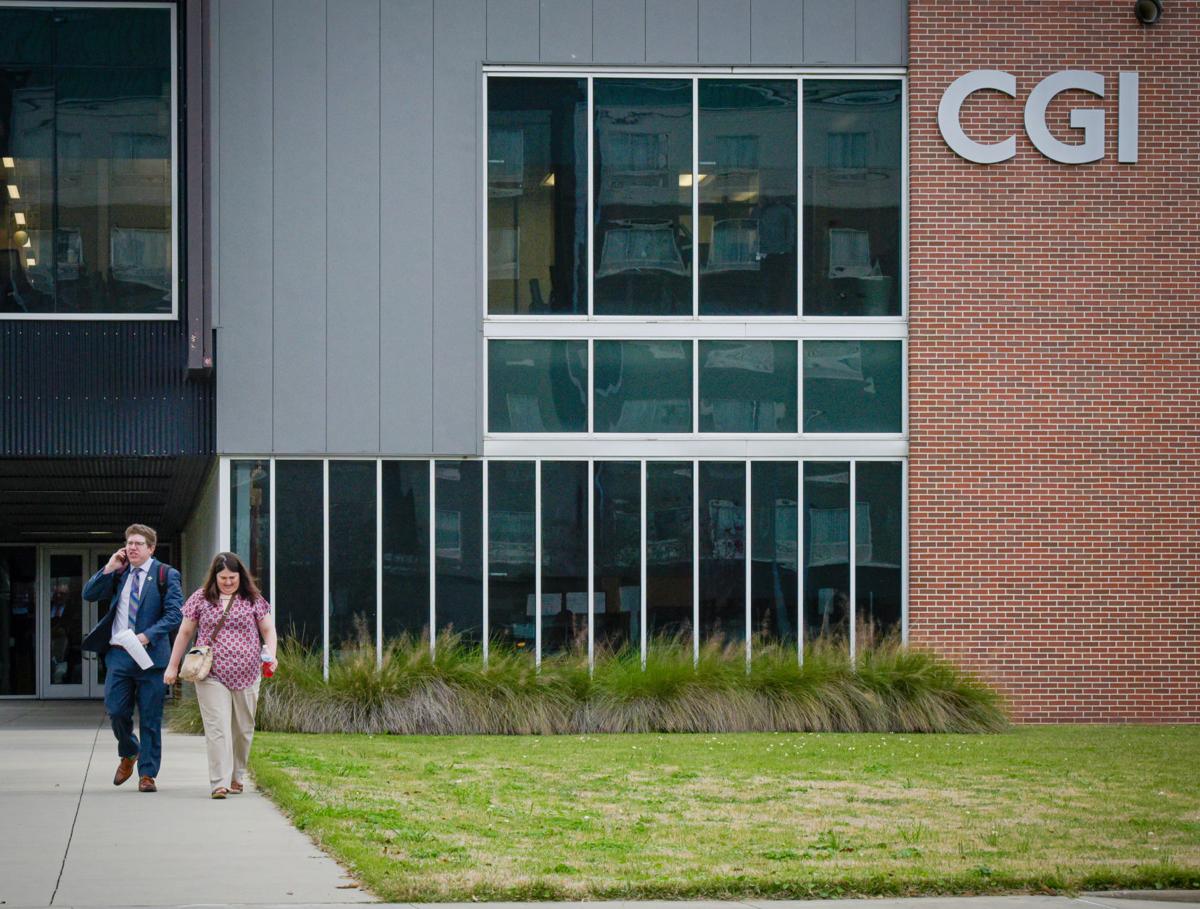 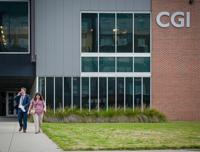 Center, Logan Dahlquist and Alaina Dahlquist head to their cars after attending the career fair conducted by CGI in Lafayette. CGI announced Thursday it will expand into the Versailles Building in downtown Lafayette. 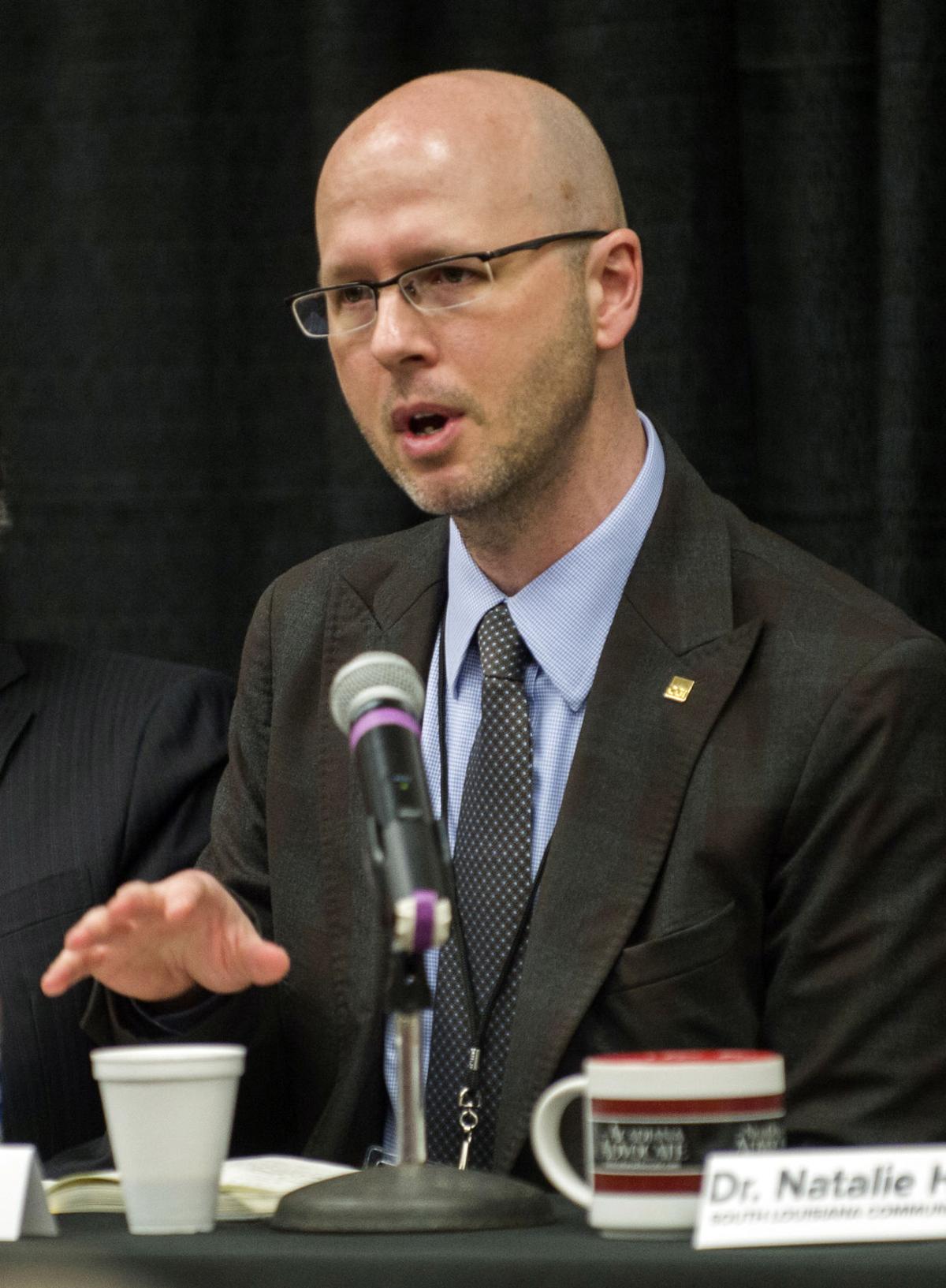 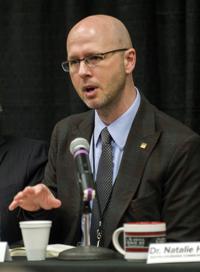 Will LaBar, vice president of consulting services for CGI 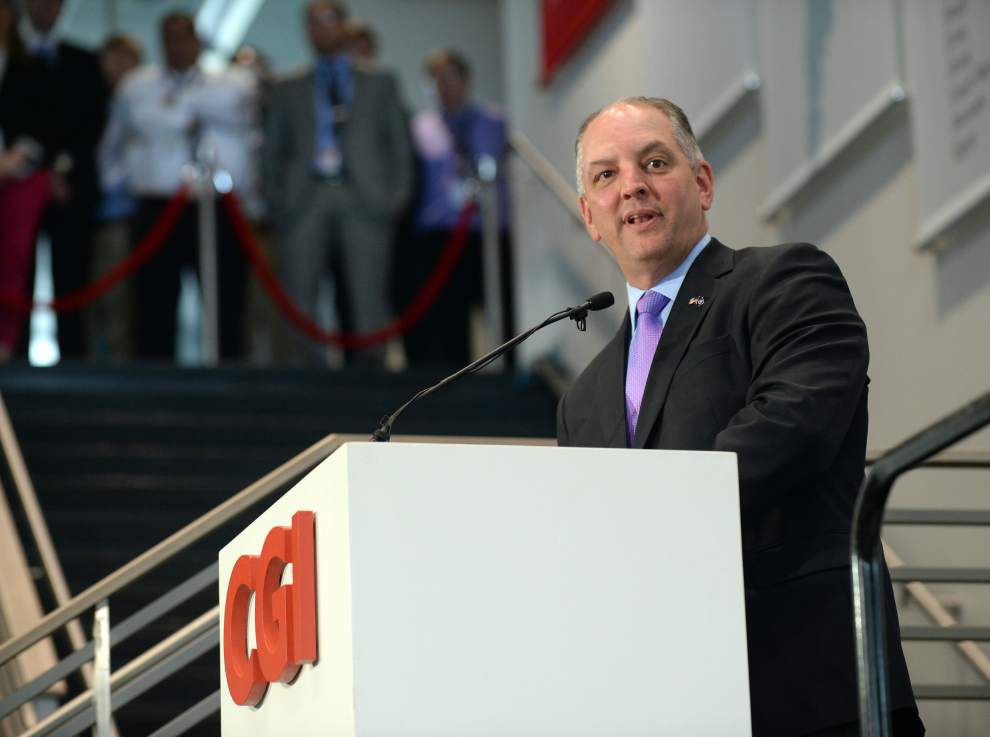 Gov. John Bel Edwards speaks to employees, media and guests during the opening ceremony for the CGI Technologies and Solutions facility in 2016. The company announced Thursday it will expand into the Versailles Building in downtown Lafayette.

Center, Logan Dahlquist and Alaina Dahlquist head to their cars after attending the career fair conducted by CGI in Lafayette. CGI announced Thursday it will expand into the Versailles Building in downtown Lafayette.

Will LaBar, vice president of consulting services for CGI

Gov. John Bel Edwards speaks to employees, media and guests during the opening ceremony for the CGI Technologies and Solutions facility in 2016. The company announced Thursday it will expand into the Versailles Building in downtown Lafayette.

CGI will expand into the 50,000-square-foot space in the Versailles Centre in downtown Lafayette, officials announced late Thursday.

The global information technology firm signed a lease to move into the former MidSouth Bank space at 102 Versailles Blvd. and eventually increase its total employment to 800, said Will LaBar, vice president of CGI’s U.S. Delivery Center Program. It currently employs 500 at its office at 538 Cajundome Blvd. in the UL Research Park and at a small office on Jefferson Street.

The move continues a recent trend of tech jobs moving to downtown Lafayette. Golfballs.com moved 10 tech employees to an office on Central Street, and Waitr moved a number of employees to the Lemoine building last year.

The company aims to have 300 employees downtown in 2021, LaBar said.

“We are incredibly excited about this milestone," LaBar said. "With a recent influx of new residential options, local restaurants, activities, and nightlife, expanding our presence in downtown Lafayette is a strategic complement to CGI’s presence at University of Louisiana at Lafayette’s Research Park.

"Lafayette continues to be a thriving location in our U.S. Delivery Center network and proves that comprehensive public-private partnerships that leverage local ecosystems work. We are creating a talent greenhouse here that supports CGI’s clients across the country and helps us reach our hiring target of 800 CGI professionals in Lafayette.”

At its research park location on the University of Louisiana at Lafayette campus, the Montreal-based company began operations in late 2014 and surpassed its goal of 400 employees by early 2018 with jobs that paid an average salary of $55,000.

CGI chose Lafayette over other U.S. sites after a nearly two-year selection process, according to earlier reports, for the state's business-friendly environment and the strong reputation of University of Louisiana at Lafayette's School of Computing and Informatics in high-tech circles for graduating top-notch personnel.

The technology industry continues to grow in Lafayette despite recent struggles at Waitr, the restaurant delivery company that's had three rou…

“The State of Louisiana is building economic opportunity for our emerging workforce of talented technology professionals,” Pierson said. “At this new location, CGI and its employees will again invest in Louisiana and contribute even more to the community and state, as they grow here. It’s easy to understand their selection of this location with the exceptional quality of life that downtown Lafayette offers.”

Of the CGI employees currently working in Lafayette today, 78% were living in Louisiana when hired, including more than half from Acadiana, state officials said. The remaining 22% brought additional experiences and expertise that has enriched Lafayette.

About one-third of CGI’s new hires start their employment directly after college. CGI officials have made efforts to recruit graduates from UL as well as other Louisiana-based institutions, LaBar said.

“The university is proud of its relationship with CGI and congratulates the company as it moves into downtown Lafayette," UL president Joe Savoie said. "We believe the proximity of the company’s new offices to the university’s main campus will create even greater opportunities for our students and faculty to engage with CGI and other downtown organizations that support entrepreneurship and innovation.”

The space was home to Lafayette-based MidSouth Bank, which was acquired by Hancock Whitney last year. The location was one of five Hancock Whitney closed after the acquisition.

“CGI’s expansion into the Versailles Centre is great news for the community, and I feel privileged to have such great news to share at the start of my term,” Lafayette Mayor-President Josh Guillory said. “Four hundred jobs moving into downtown Lafayette will be a great boost to commerce in the district and the community.”

As the tech industry grows in Acadiana, the race is on both locally and nationally for talent

A native of New Jersey and graduate of Rensselaer Polytechnic Institute, Will LaBar doesn’t plan on moving away any time soon.

CGI will expand into the 50,000-square-foot space in the Versailles Centre in downtown Lafayette, officials announced late Thursday.

A 49.74-acre site in St. Martin Parish is now certified for economic development as part of the Louisiana Economic Development’s certified sit…

The public boat launch at Lake Martin is still expected to close Sunday, despite efforts from local leaders to find a temporary solution to a …

Who's building where in Acadiana? Here are the building permits issued Feb. 14-21

Don't miss these events in Acadiana and the outlying areas of south Louisiana (Feb. 28-March 5)

Rose Miller has been named president of First National Bank of Louisiana and is being succeeded as executive vice president by Jim Lyons Jr.