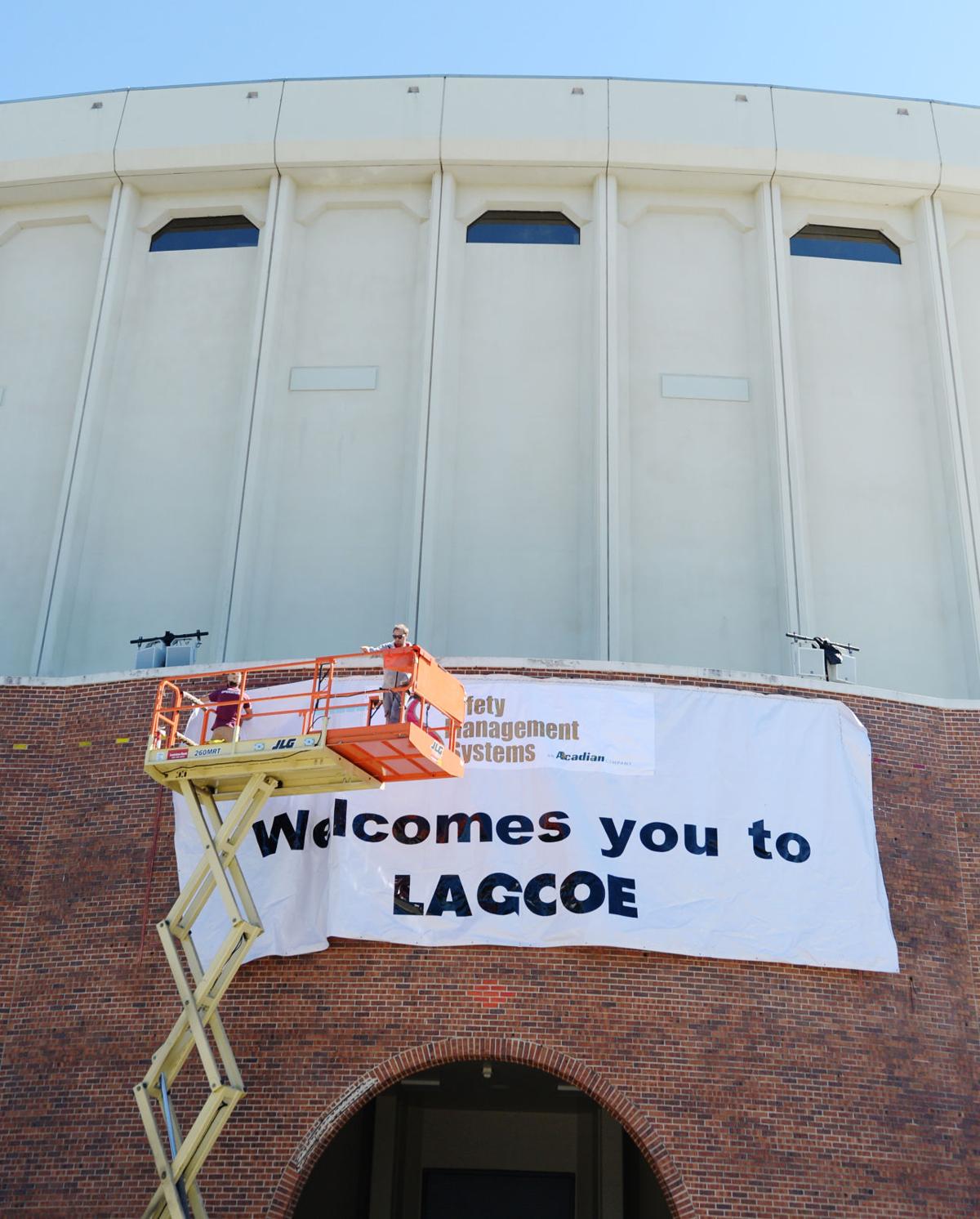 Workers hang a welcome sign outside the Cajundome in preparation for the Louisiana Gulf Coast Oil Exposition last year. LAGCOE announced Thursday the event will move to New Orleans in 2019 after first starting in Lafayette in 1953. 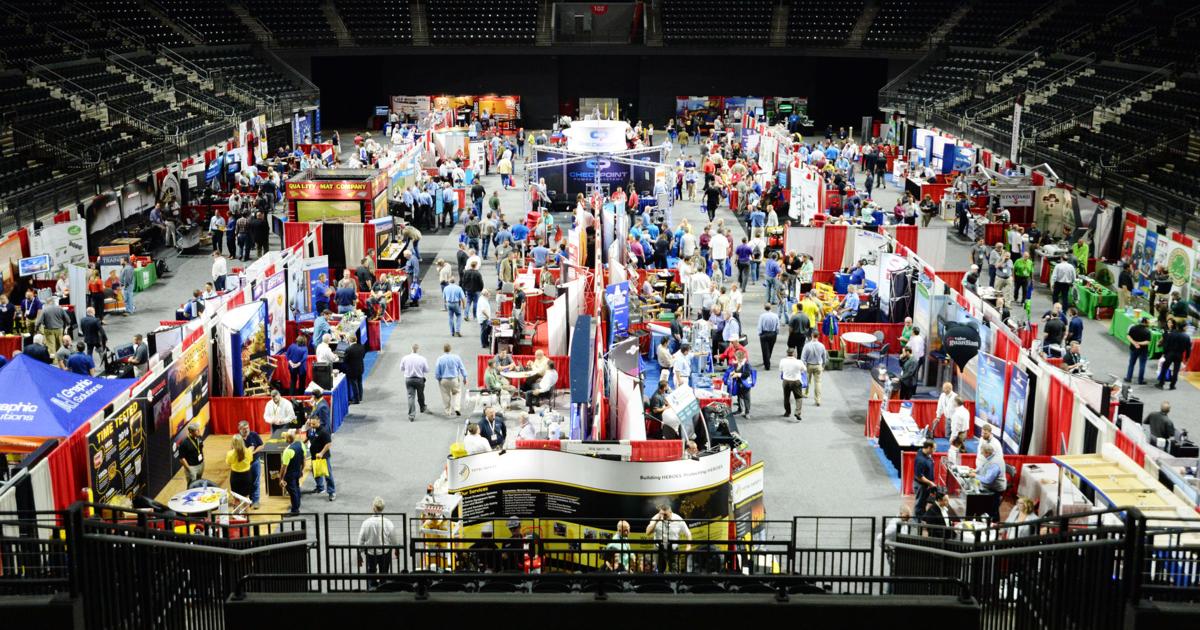 Oil and gas industry guests and business representatives fill the floor of the Cajundome during the Louisiana Gulf Coast Oil Exposition Tuesday, October 24, 2017, in Lafayette, La. 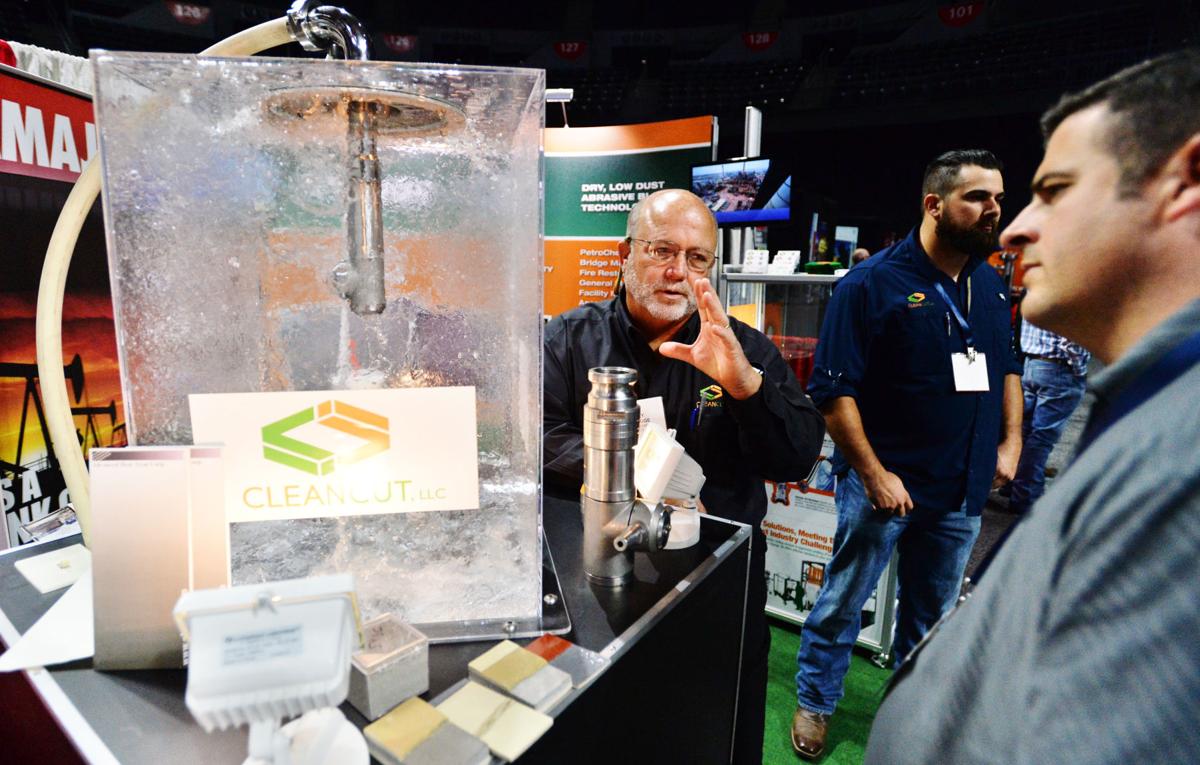 Workers hang a welcome sign outside the Cajundome in preparation for the Louisiana Gulf Coast Oil Exposition last year. LAGCOE announced Thursday the event will move to New Orleans in 2019 after first starting in Lafayette in 1953.

Oil and gas industry guests and business representatives fill the floor of the Cajundome during the Louisiana Gulf Coast Oil Exposition Tuesday, October 24, 2017, in Lafayette, La.

The Louisiana Gulf Coast Oil Exposition will move its biennial event to New Orleans next year after 65 years in Lafayette.

Officials cited the potential for growth and increased participation for moving LAGCOE 2019 to the Ernest Morial Convention Center next October, rather than holding it in the Cajundome. The oil industry expo has been a mainstay in Lafayette, dating back to 1953 when it was held in a parking lot of the Petroleum Club.

The expo is a three-day gathering that provides a platform for innovators in the oil and gas industry to showcase technology, equipment and services to local businesses. At its peak, it featured representatives from 49 states, 40 countries and 17,000 attendees.

The event had a significant impact on the tourism industry in Lafayette, said Ben Berthelot, executive director of Lafayette Convention and Visitors Commission, despite a decline in attendance in recent years. Had the event stayed in Lafayette for 2019, he noted, rough estimates show it would have created a $2.5 million impact.

"Our support and our community’s support never wavered," Berthelot said. "We certainly wish them well in New Orleans, and it’s our job to work with the Cajundome to replace the loss of revenue and we’re beginning that process immediately. We look forward to the opportunity to bring LAGCOE back home in 2021."

LAGCOE officials said they remain committed to Lafayette and will retain its offices and staff in the city. It will continue to develop innovative programs for its members and offer scholarships to high school students.

“The decision to host LAGCOE 2019 in New Orleans is rooted in our mission to cultivate economic growth in the energy industry by facilitating domestic and global business development,” LAGCOE board Chairman Greg Stutes said in a statement. “A significantly larger venue will accommodate more exhibitors and an even larger attendee base. This promotes growth, diversity, and develops even more connections among Louisiana’s energy industry.”

Cajundome director Greg Davis said he heard the organization was considering the move but "didn't know it had gotten to this point until earlier today."

"We have been very fortunate to have had LAGCOE for 20-plus years at the Cajundome," Davis said. "We've been very, very appreciative of the partnership we've had with LAGCOE. It was a great impact on the Cajundome and the greater community of Lafayette. It will create a void, but we will have to revisit our financials and have other businesses replace it."

The Lafayette community, LAGCOE officials said, embraced the event as leaders volunteered time and talent to build it into the second-largest oil and gas trade show in the country. It later moved to Blackham Coliseum, the Cajundome and later the Cajundome and Convention Center.

"This achievement would not have been possible without significant community support," the statement read.

Lafayette Mayor-President Joel Robideaux said the city will continue to support the industry and LAGCOE's operations.

“Lafayette maintains a strong service-sector presence, produces an unequaled amount of petroleum engineering graduates and is home to an impressive number of oil and gas-related innovations and patents," he said in a statement. "While LAGCOE will make its 2019 appearance in New Orleans, Lafayette will continue to serve as a hub for the oil and gas industry and an important partner for LAGCOE and its members.”

Said Pam Deville, assistant director of the Cajundome: "I wish them all the luck in the world and will do our best to hold their dates in 2021. I still believe, despite what they're saying, Lafayette is a major player in this industry."

The largest amateur boxing tournament in the country will be held in Youngsville this fall, and it could bring in much-needed revenue for the …