A store-closing sign is displayed outside the Walmart on the NE Evangeline Thruway in Lafayette. The closure has had a significant impact on that section of Lafayette and the 291 people the store employed. 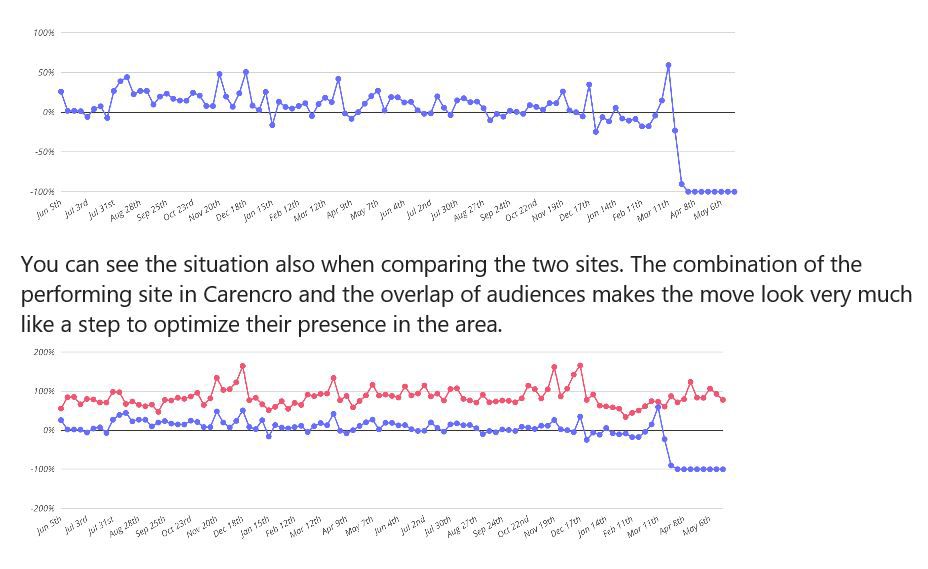 The top line shows foot traffic inside the Evangeline Thruway store compared to the previous year. At bottom is a comparison of that store with the Carencro store (red line). 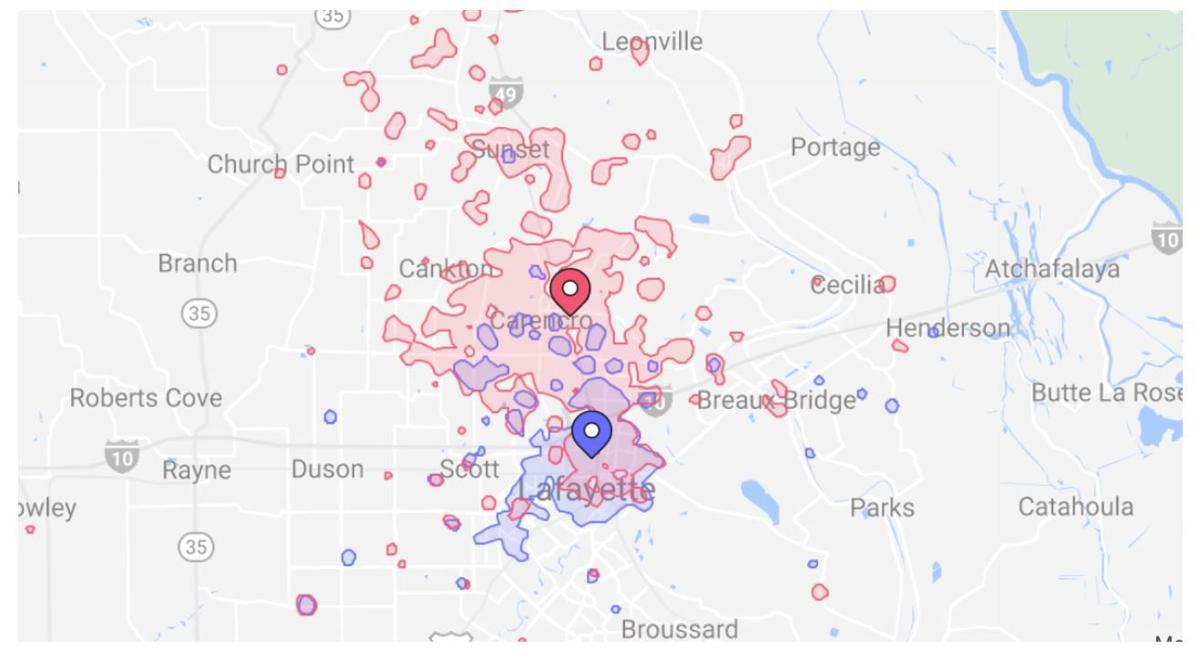 The closing of the Walmart Supercenter in Lafayette earlier this year happened mostly due to its proximity to the company’s Carencro location, according to a data analytics firm.

Placer, a foot-traffic analytics firm based in Tel Aviv, released a study earlier this month that showed some of the Supercenters that closed were operating at normal levels of foot traffic. At the Lafayette store that closed March 29, data shows foot traffic compared to the previous year had modest increases last summer before flatlining and then decreasing following the Christmas shopping season.

Walmart officials said at the time the closure was based on a number of factors, including store performance. The store, which was at 1229 NW Evangeline Thruway, employed 291, was just over 6 miles from the Carencro store at 3810 NE Evangeline Thruway.

Placer’s data showed that the two stores drew customers from the same area, including a large area south of Interstate 10. Foot traffic at the Carencro location had been higher than foot traffic at the  Lafayette location since June 2017 and surpassed it significantly starting in May 2018.

The Carencro location opened in April 2017.

The closure, which was one of five across the country at that time, was a move to strengthen another store with an eye on the long term, said Ethan Chernofsky, Placer’s vice president of marketing. Walmart has closed or will close at least 17 stores in North America.

“From a business perspective, Walmart is the king of offline retail,” he said. “When you look at the Supercenters, that’s what we really wanted to dig in on. That’s their flagship. When you see (the closure), you say, ‘Uh-oh.’

“When you dig deep, you realize it kind of makes sense — how do we double down and make sure we’re here longer? It’s a short-term loss for a long-term gain.”

Placer did not release foot traffic totals for the Lafayette or Carencro stores, but it did on a Dallas Supercenter that closed despite foot traffic at a fairly normal level. That store had 450,000 visits in the first quarter of this year from 150,00 visitors. Compared with other Supercenters, it was in the 86th percentile.

That store, however, shared a market with three other stores. That, according to Placer, left customers to decide not whether or not to go to Walmart but which one to visit.

“This is just about a tough decision needing to be made,” Chernofsky said. “I think they would love to have a store on every corner, but that’s not an effective use of their money.”

Why did Lafayette Walmart close earlier this year? Study says it has to do with nearby Carencro store

The closing of the Walmart Supercenter in Lafayette earlier this year happened mostly due to its proximity to the company’s Carencro location,…

Four proposals were submitted to redevelop the shuttered Buchanan Street parking garage in downtown Lafayette, three of them envisioning a mix…

The Wurst Biergarten Public Market may be a pop up public market right now, but organizers are hoping it can become a food hall akin to the St…

Who's building where in Lafayette? Here are the building permits for June 10-14