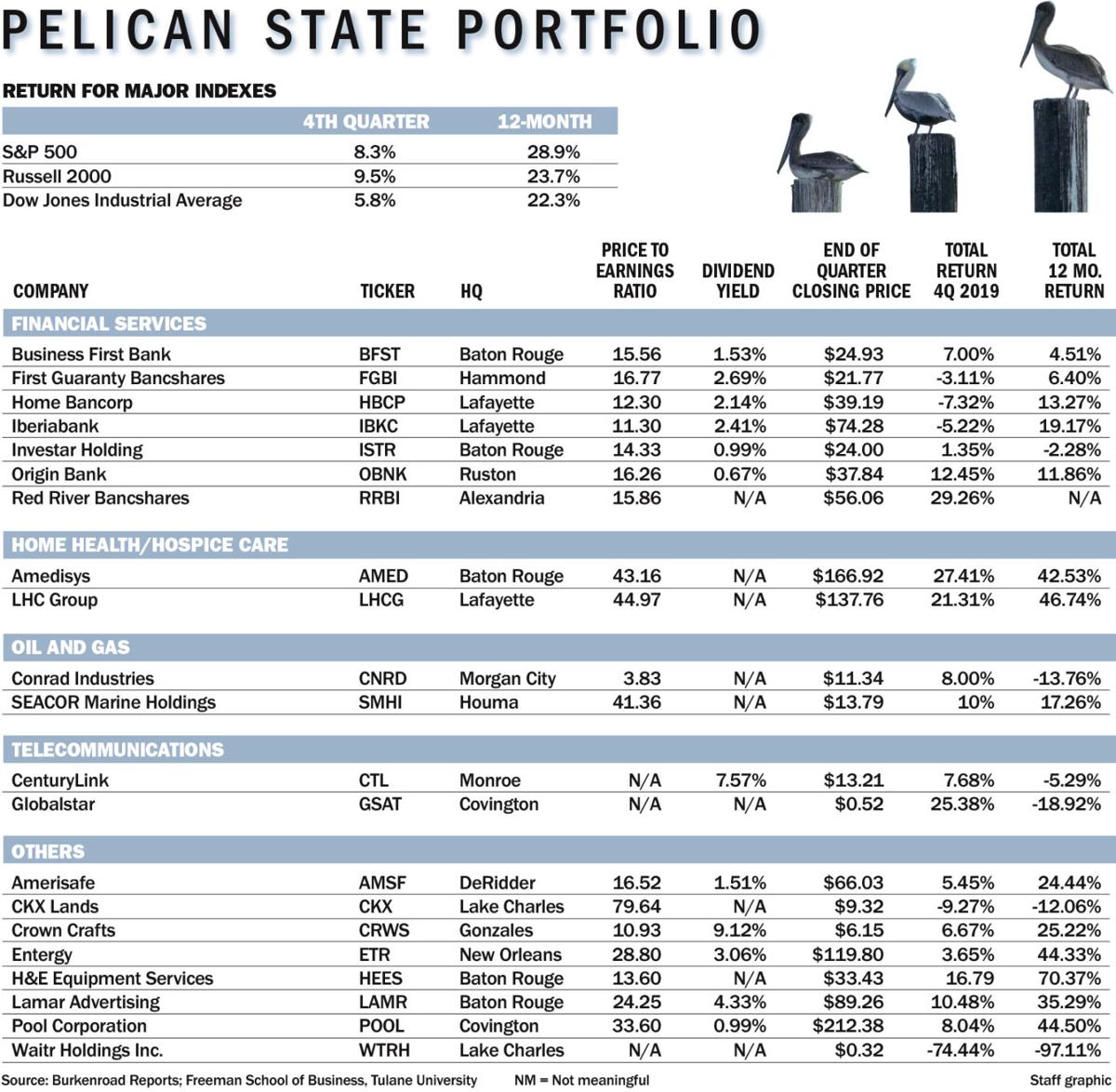 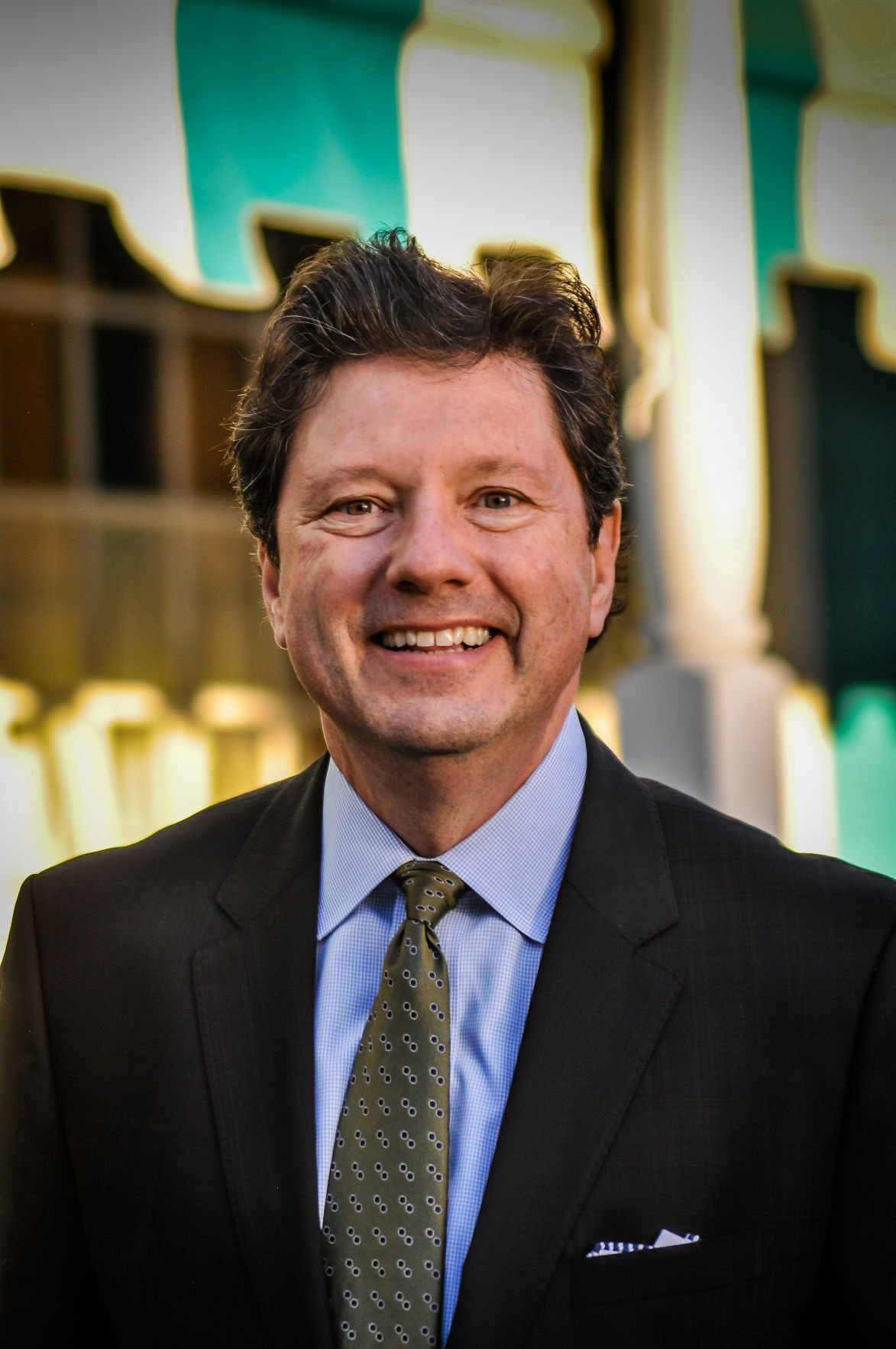 The continuing troubles at Waitr and tough times for some bank stocks once again caused the Pelican State Portfolio, a group of Louisiana stocks tracked by The Advocate, to underperform the broader market in the fourth quarter.

The 21 Louisiana-based publicly traded companies that make up the portfolio were up 4.8% collectively for the fourth quarter.

The Pelican State Portfolio's performance was better over the 12-month period ending in December. The index was up 12.8% for 2019 but lagged the broader market.

Peter Ricchiuti, a finance professor at Tulane University who tracks regional stocks across the South through the university's Burkenroad Reports, said small cap stocks have lagged behind the performance of large cap stocks. “A handful of giant tech stocks are running the S&P,” he said. “That makes the whole market look expensive.”

In comparisons, this hurts Louisiana stocks, which tend to be small companies that have too many ties to the energy industry, Ricchiuti said. “Local companies are not participating in these rallies,” he said.

The lone publicly traded Louisiana company that is tech-focused, the food delivery service Waitr, was battered in 2019. The Lake Charles-based company, which has significant operations in Lafayette, saw its stock value drop by 74% during the fourth quarter and 97% for the year. It ended 2019 trading at 32 cents a share and was threatened to be delisted from the Nasdaq exchange.

The company was hurt by a merger with Bite Squad, a similar-sized competitor. Waitr wrote off much of the value of the Bite Squad acquisition by September.

Over the course of the year, the company also laid off hundreds of workers, founder Chris Meaux resigned as chief executive officer, but serves as chairman, and his replacement as CEO, Adam Price, stepped down after four months.

The other big story with local stocks in 2019 was the shrinking of the Pelican State Portfolio. MidSouth Bank was acquired by Hancock Whitney Corp. PHI filed for bankruptcy and the reorganization plan for the Lafayette-based helicopter company called for all of the company’s equity to be owned by unsecured creditors. Hornbeck Offshore, the Covington-based marine transportation company, was delisted right before Christmas when its stock was trading at 11 cents a share.

“Hornbeck had a ton of debt that was coming due in 2020,” Ricchiuti said.

The big winner for the quarter was Red River Bancshares. The Alexandria-based bank, which went public in the spring, saw its stock price rise 29% in the quarter.

While Red River was rising, some other Louisiana bank stocks were down slightly for the quarter.

Loan demand is “very, very good” for banks, Ricchiuti said. But low interest rates mean that banks aren’t making as much money off loans as they normally do. “The margins aren’t there,” he said.

There’s also a feeling that there could be more bank acquisitions. The purchase of MidSouth Bank and the IberiaBank-First Horizon deal, set to be completed in the second quarter, could be the first in a series of deals.

“There are way, way too many banks,” Ricchiuti said.

Another big winner for the year was H&E Equipment Services. The Baton Rouge-based company, which sells and leases heavy equipment was up 16.8% for the quarter and 70% for the year.

H&E has benefited from the strong national economy, Ricchiuti said.

"It is probably the most economically sensitive company based in Louisiana. When recession dates began getting pushed back … the stock soared," Ricchiuti said, noting that a recession eventually will happen.

With just five years to reach its goal, One Acadiana's 55 by 25 initiative making progress

With one year down and only five to go, One Acadiana's goal of getting 55% of Acadiana adults to earn a postsecondary degree or certification …

The continuing troubles at Waitr and tough times for some bank stocks once again caused the Pelican State Portfolio, a group of Louisiana stoc…

Note: An earlier version of this story incorrectly stated the building is owned by the Department of Transportation and Development. DOTD owns…

How I Got Here with LogoJet CEO Susan Cox: Company has grown significantly since moving to Lafayette in 2011

Susan Cox is founder and CEO of LogoJET, which recently announced plans to open a regional service center in South America.

Fay Harris was westbound on Interstate 10 over the Atchafalaya Basin. She remembered looking at the sunrise, one of her favorite sights.

Angie Eckman was named president of the Youngsville Chamber of Commerce in 2020 as the organization announced its officers for this year.